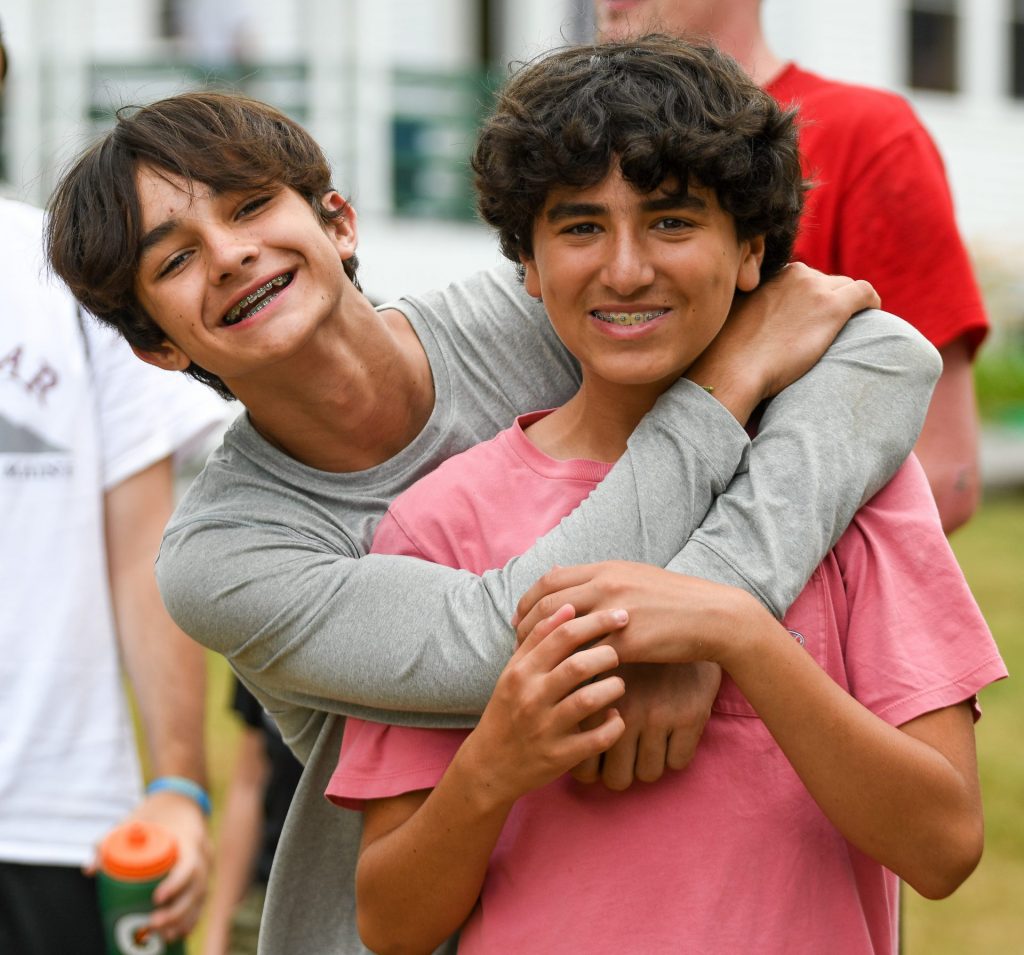 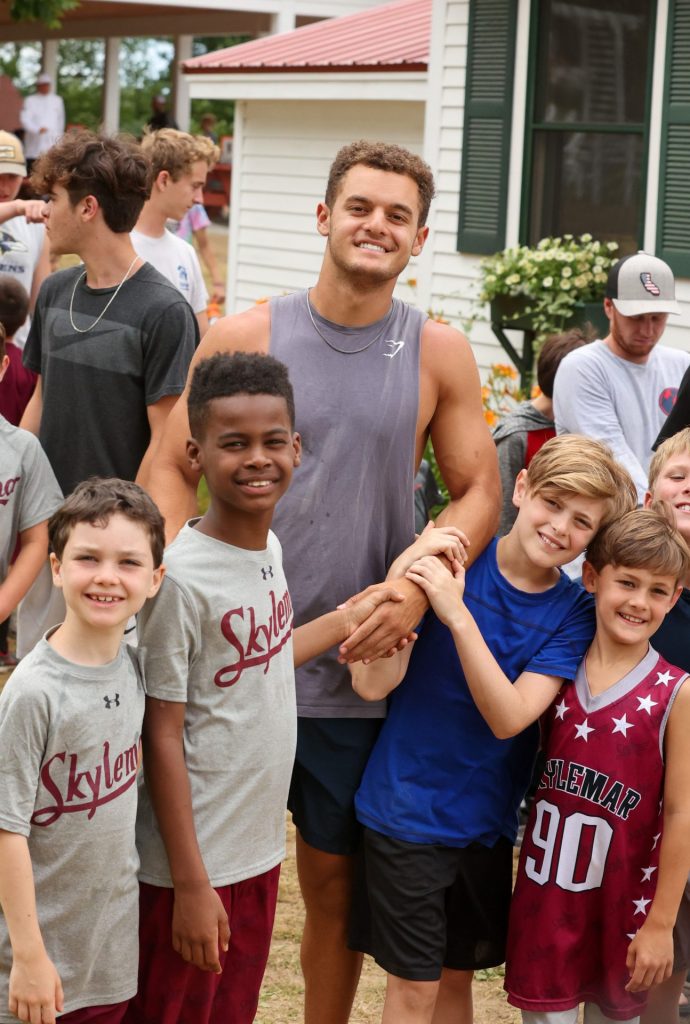 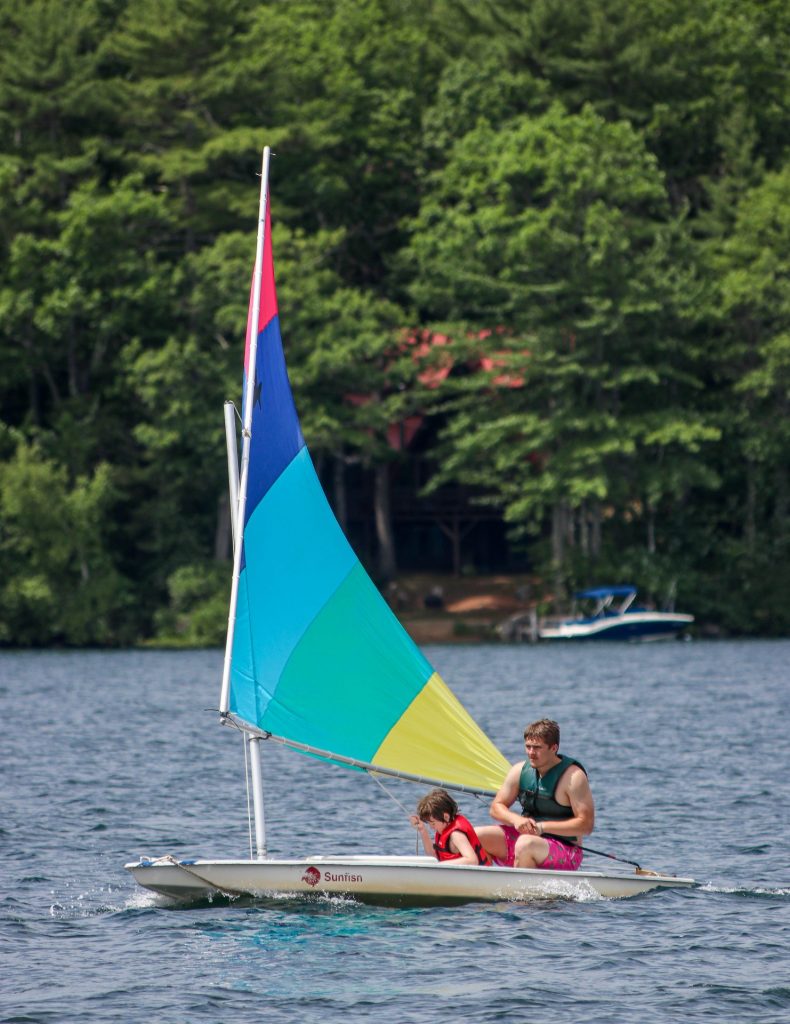 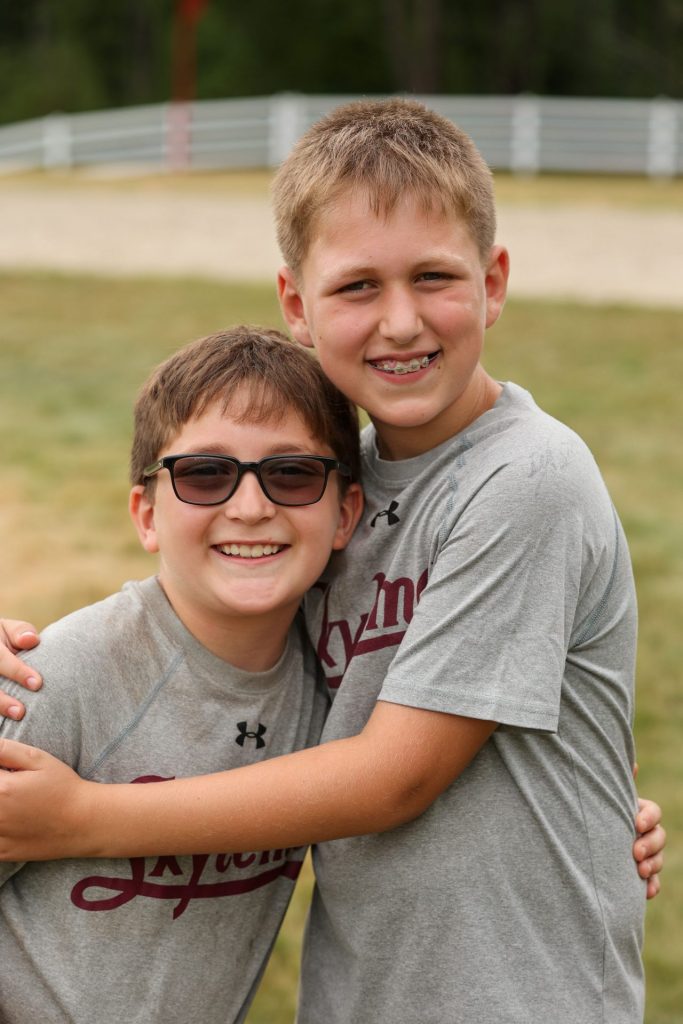 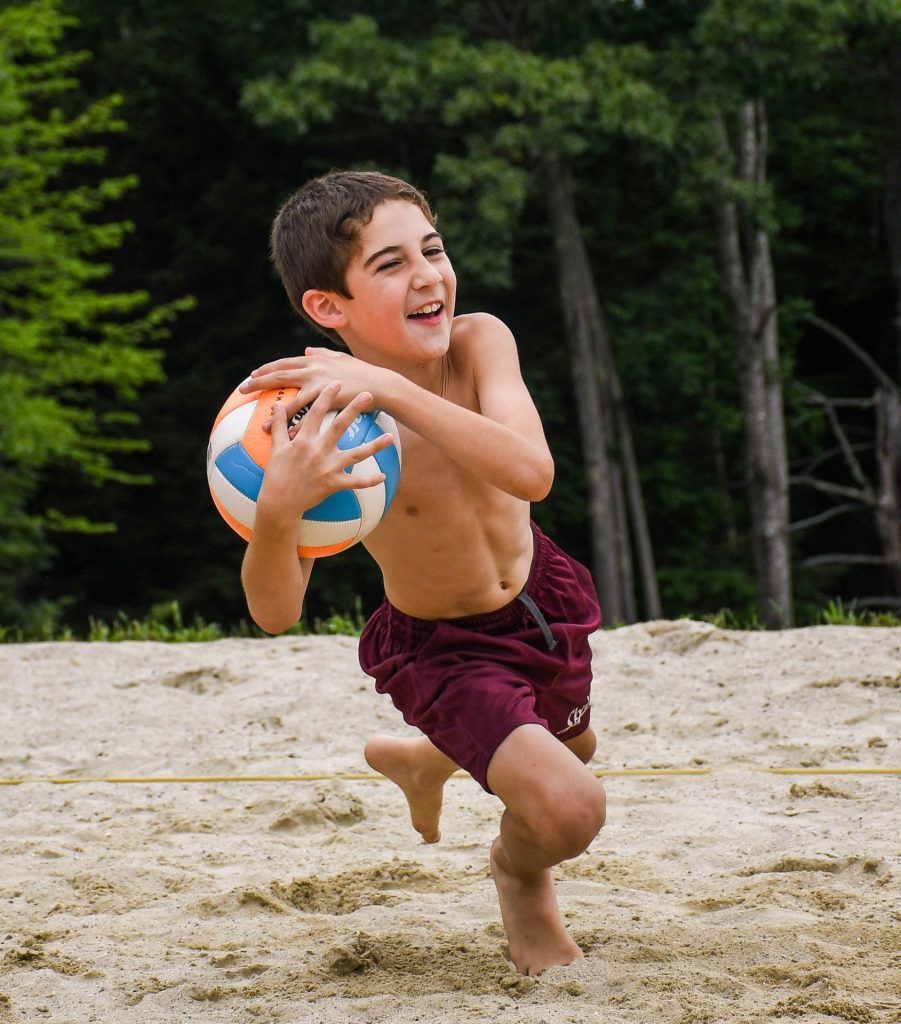 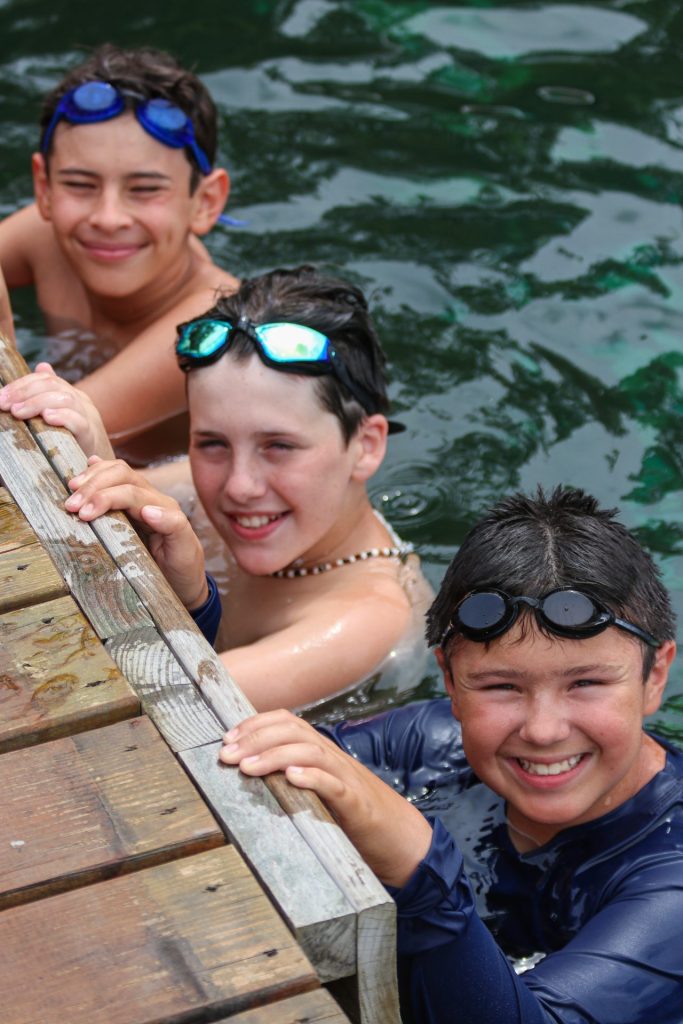 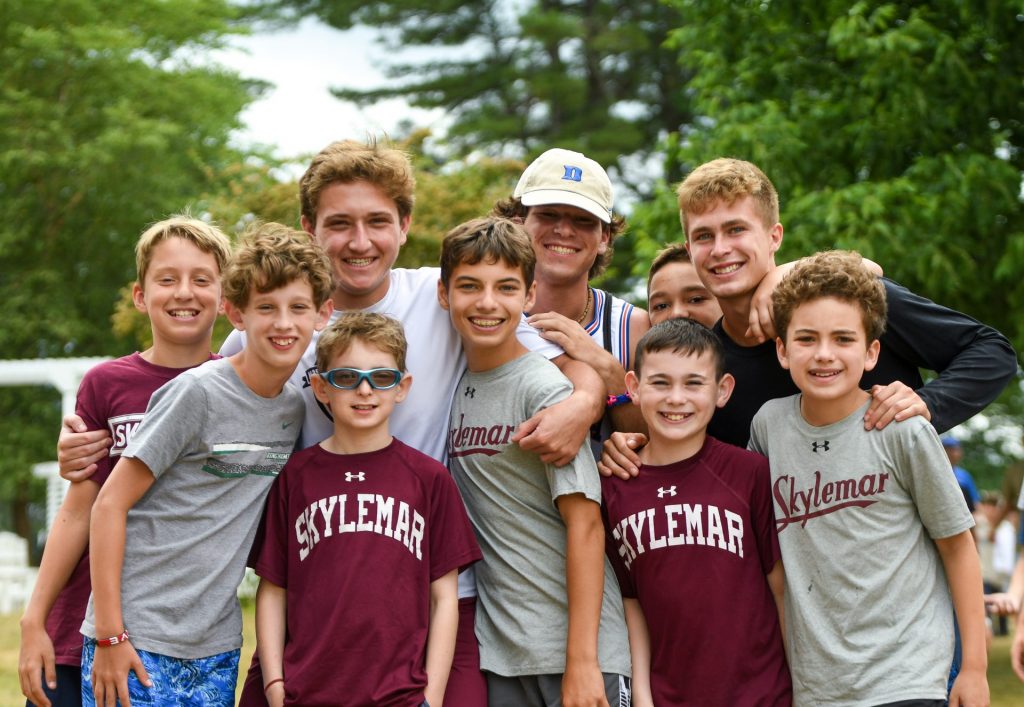 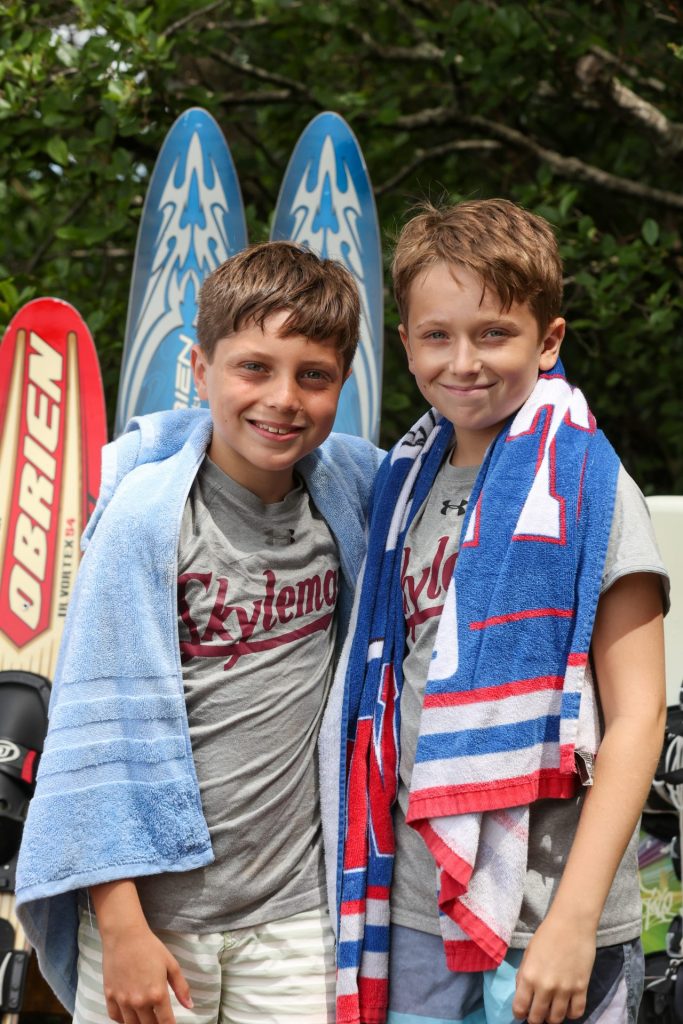 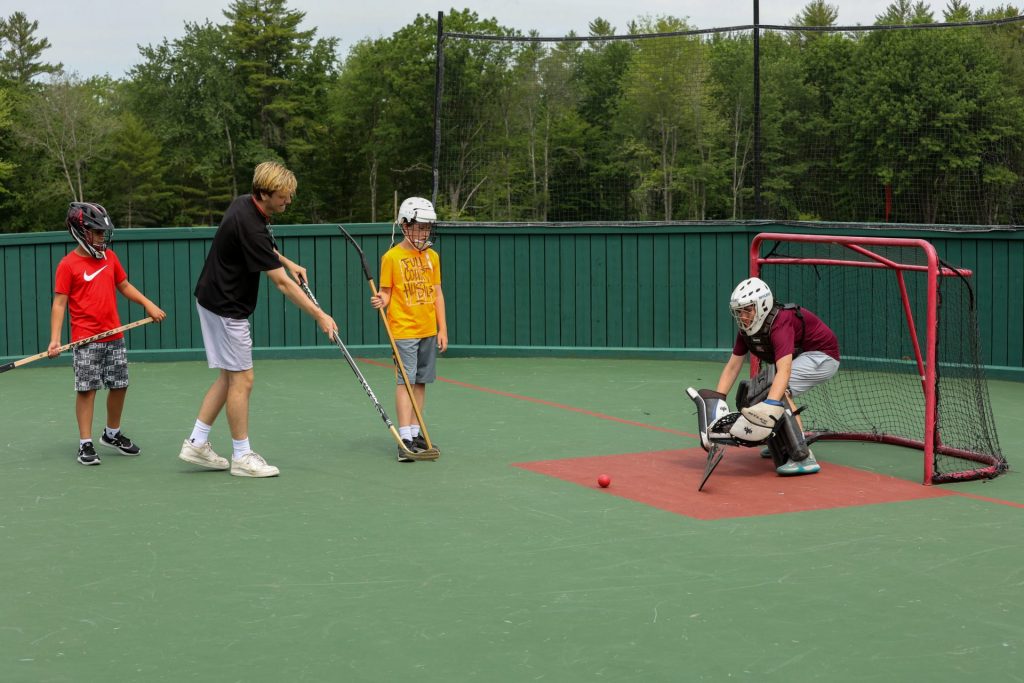 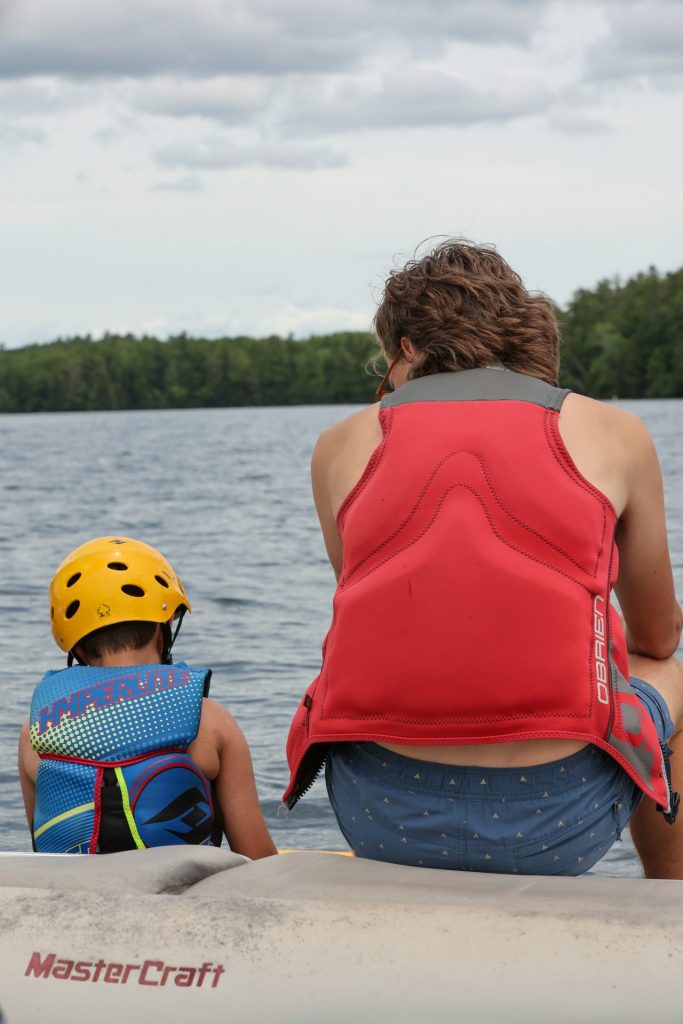 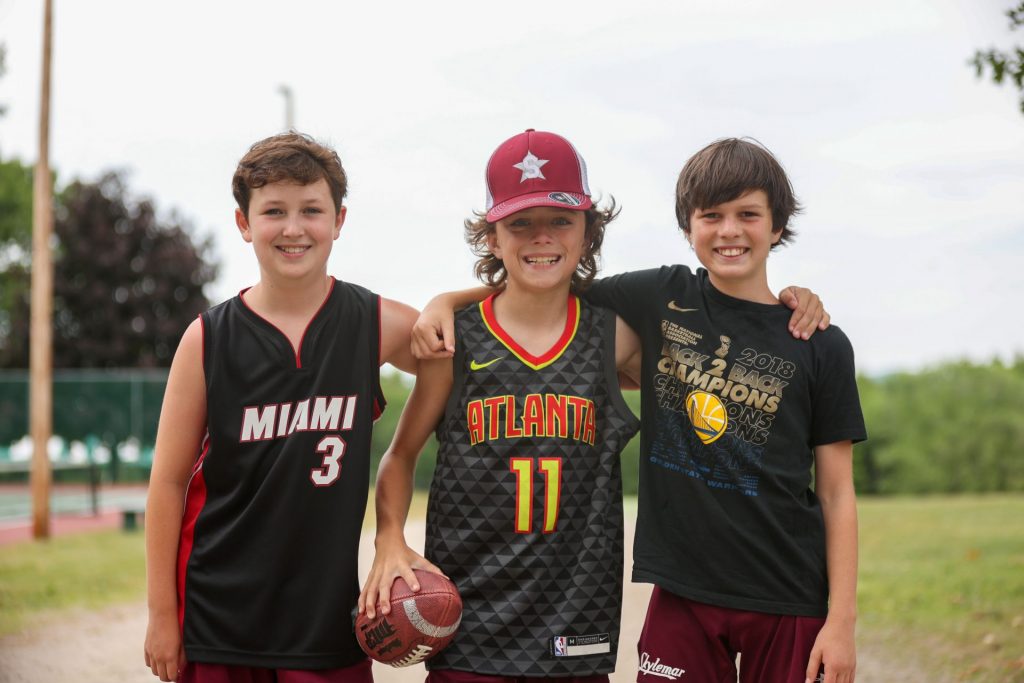 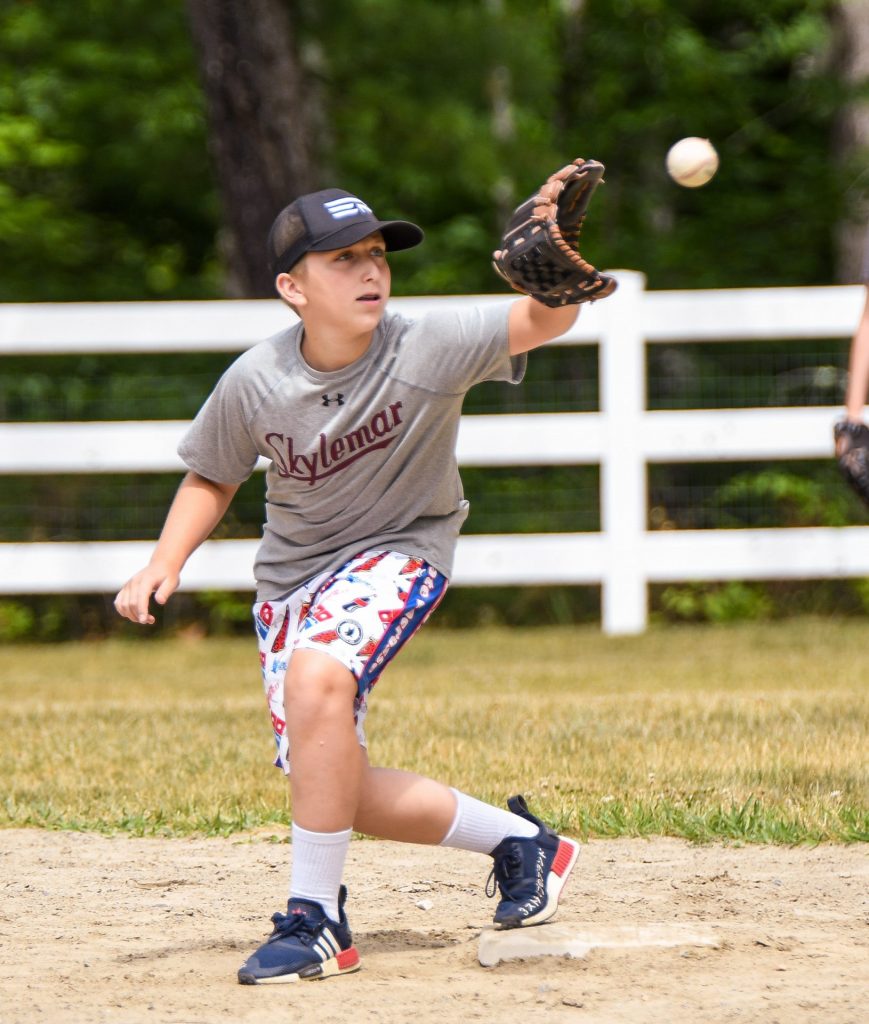 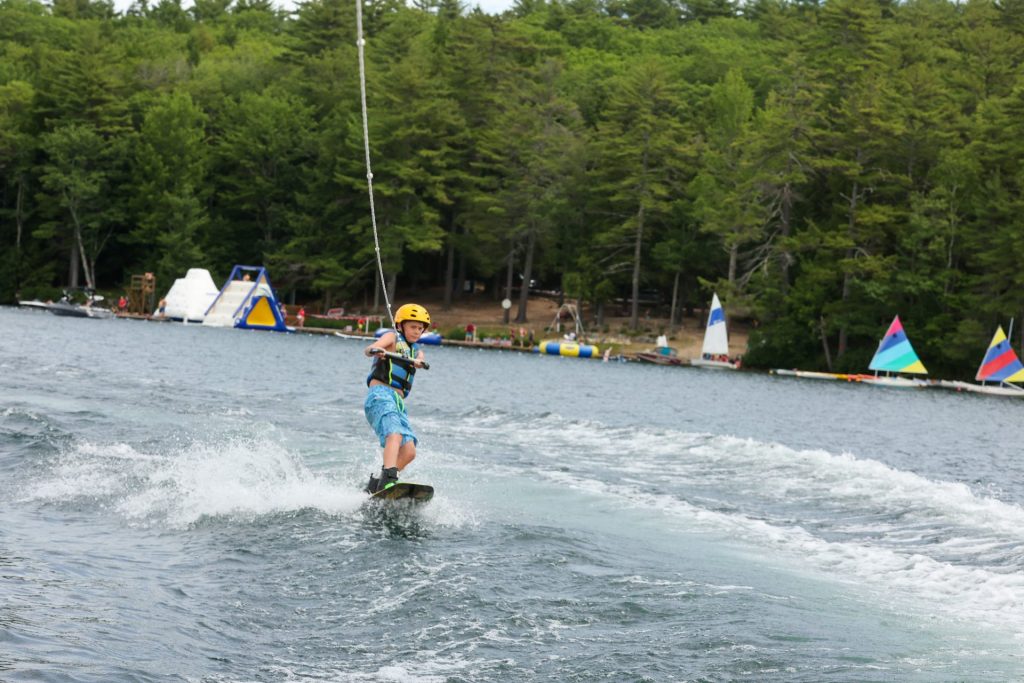 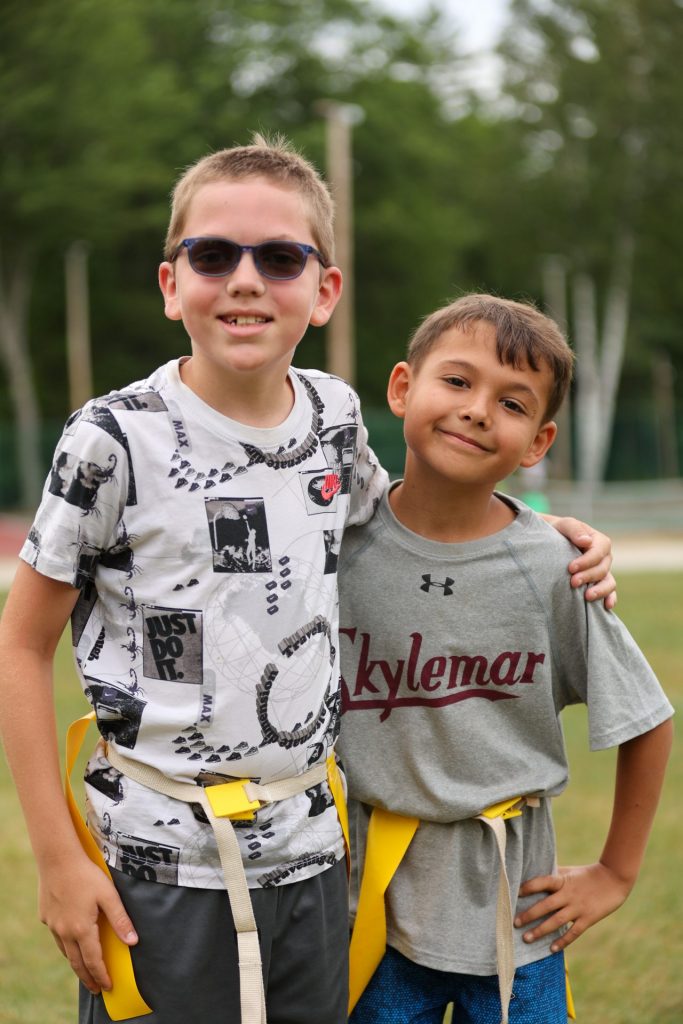 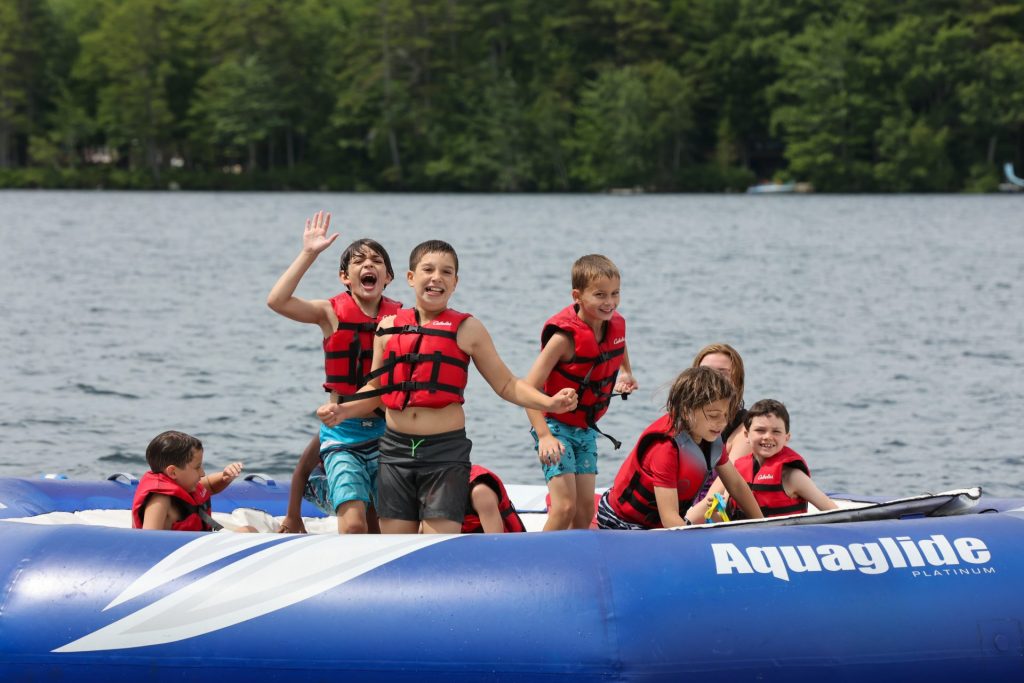 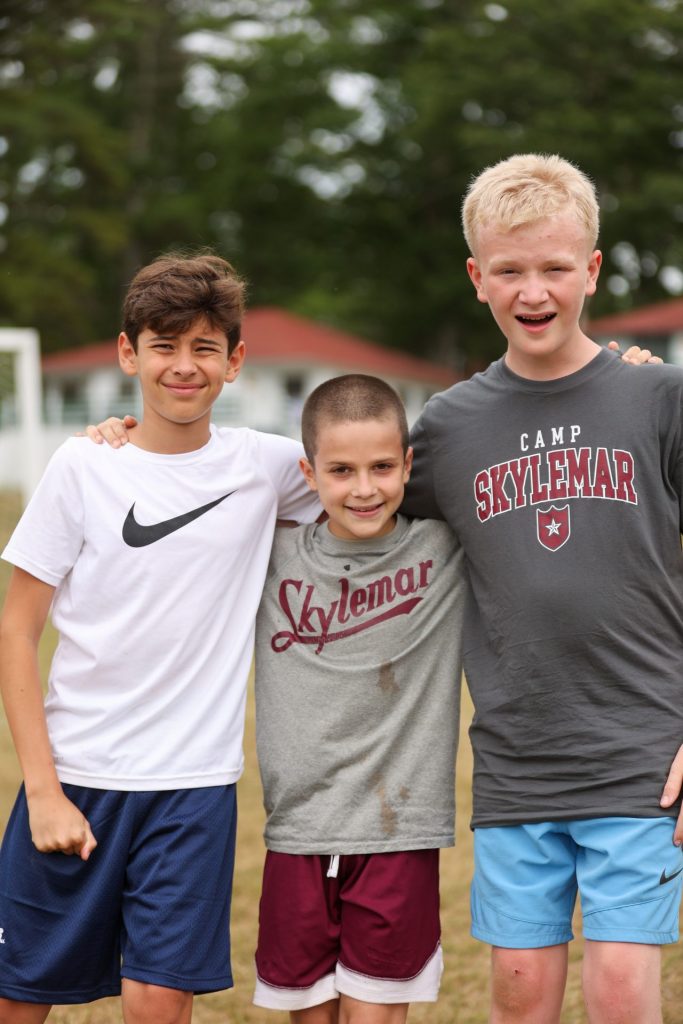 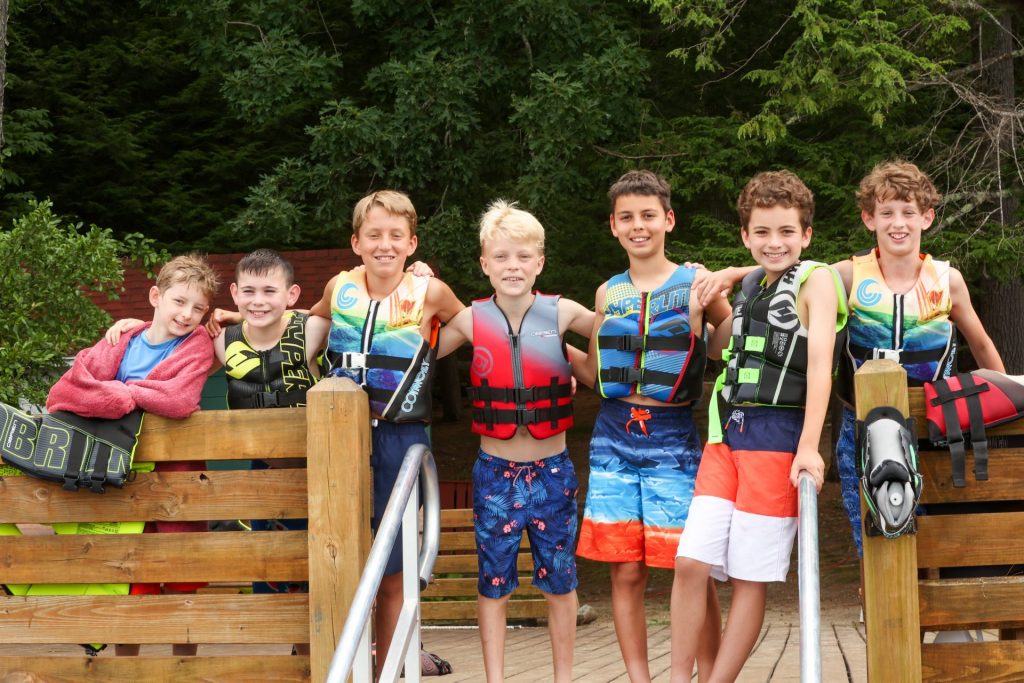 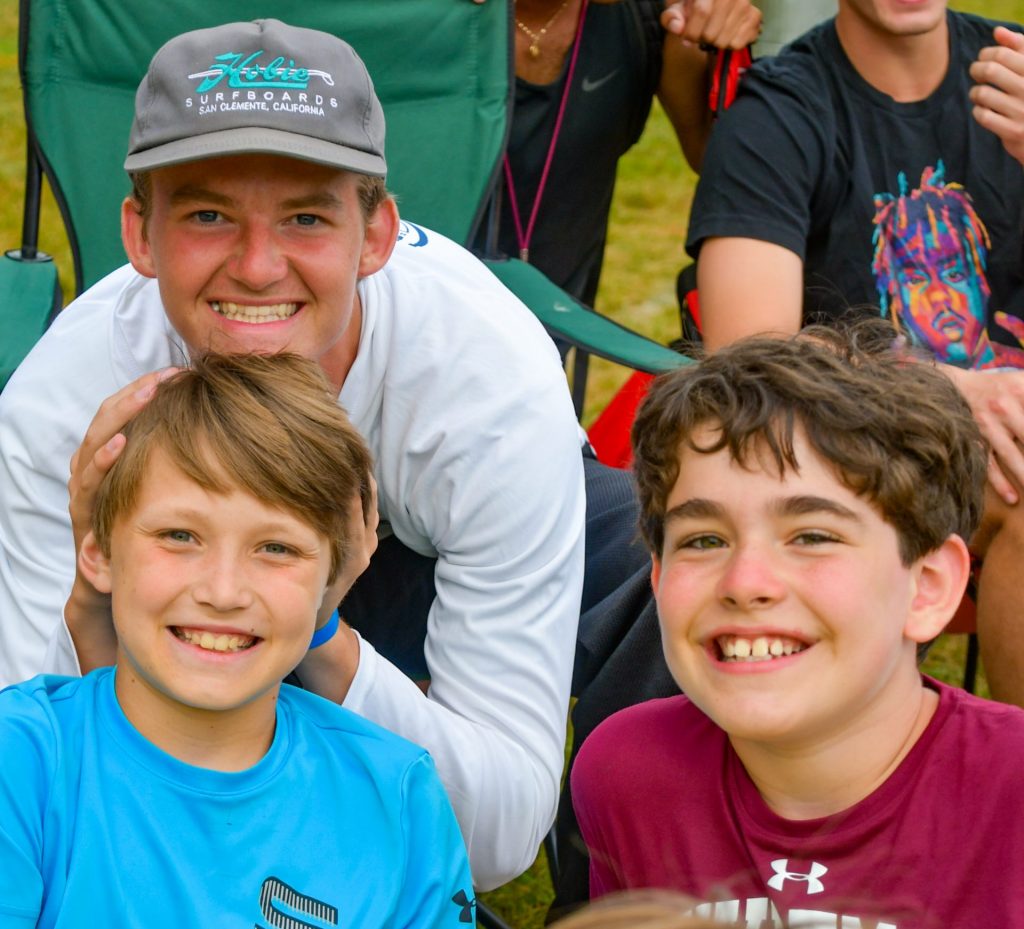 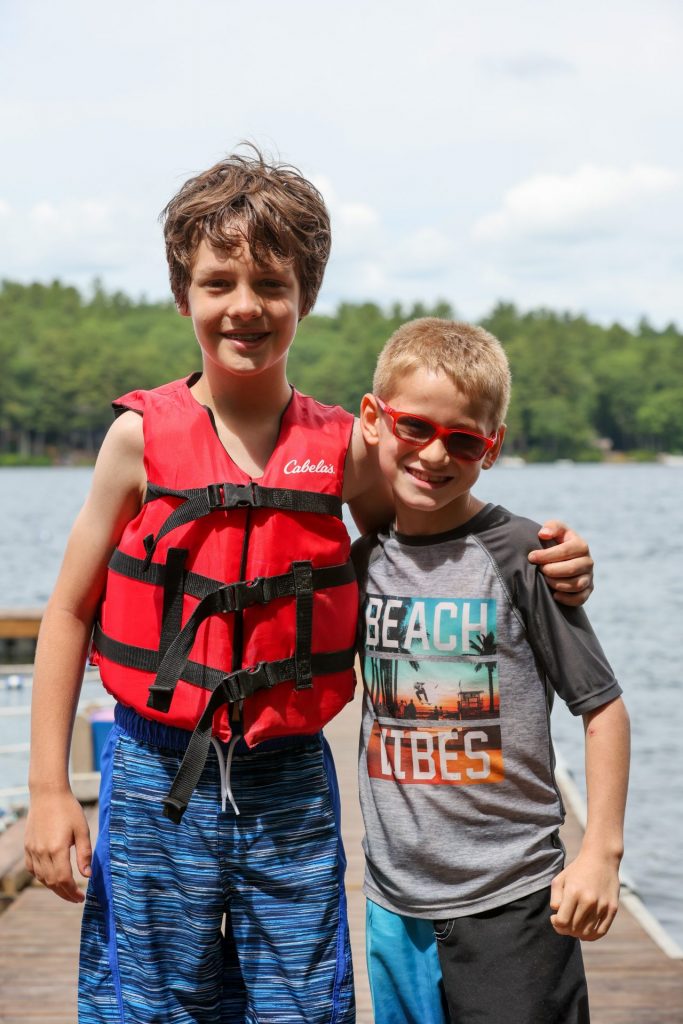 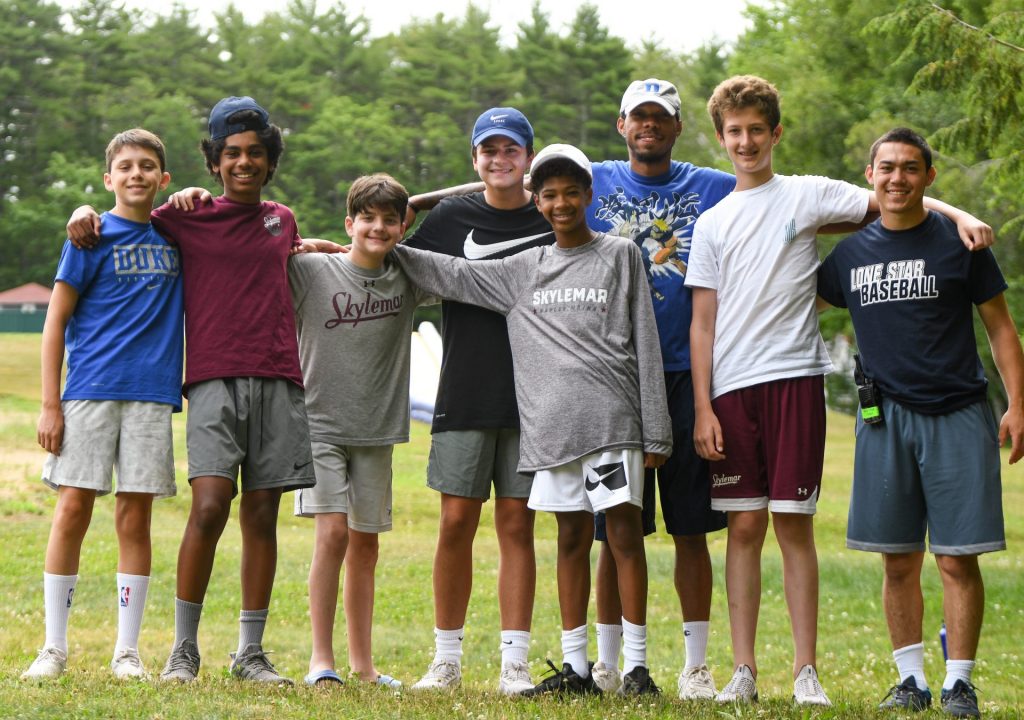 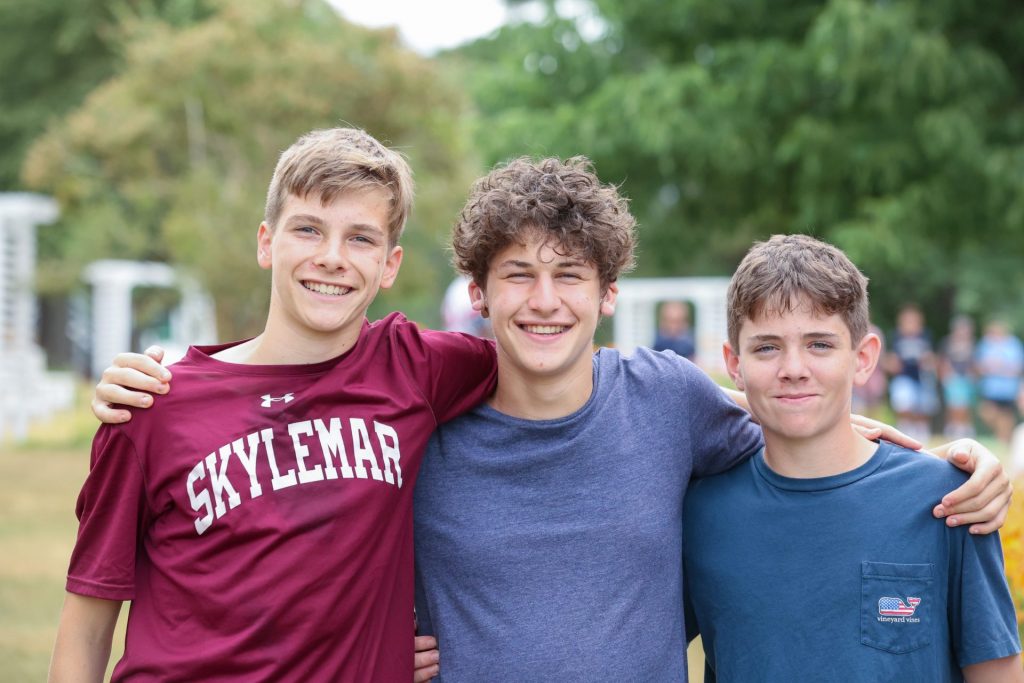 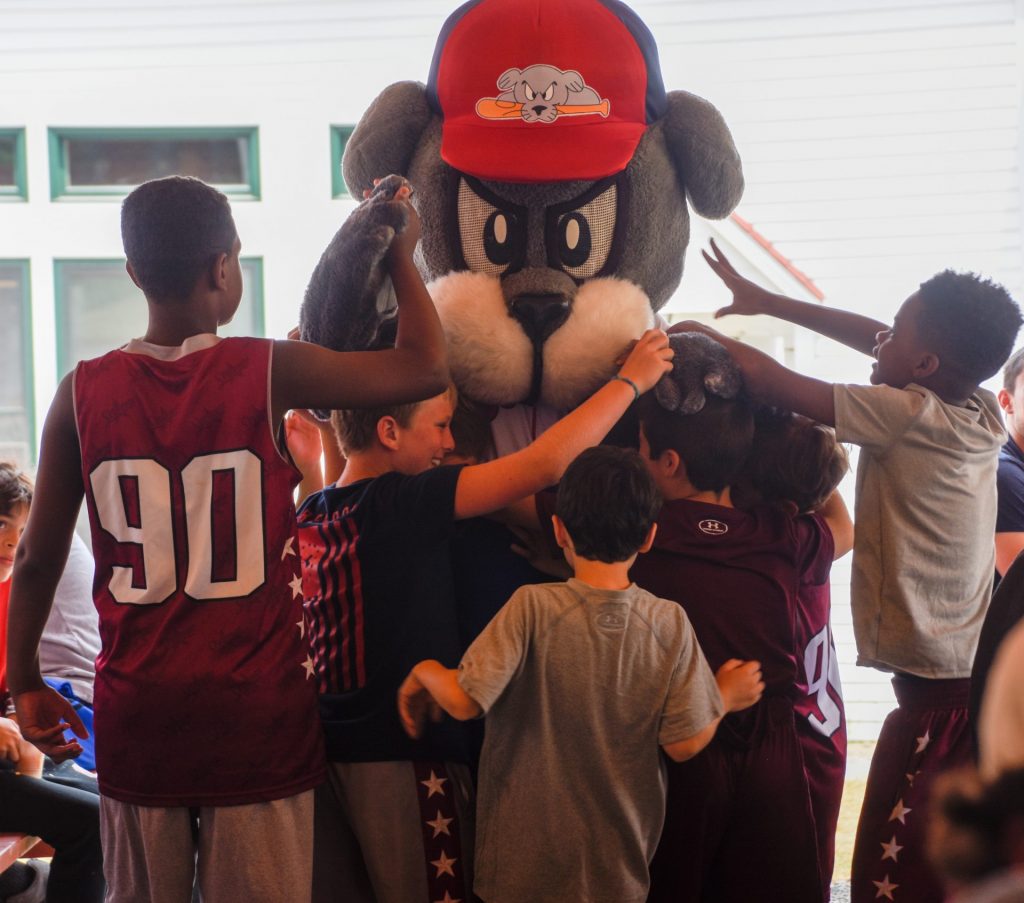 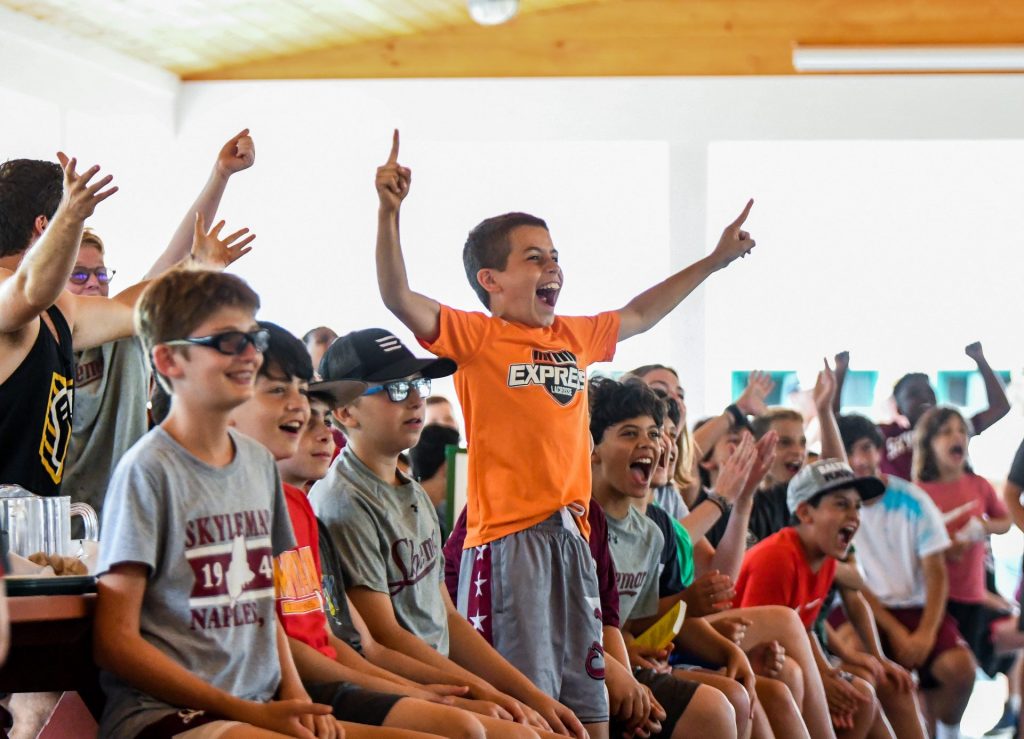 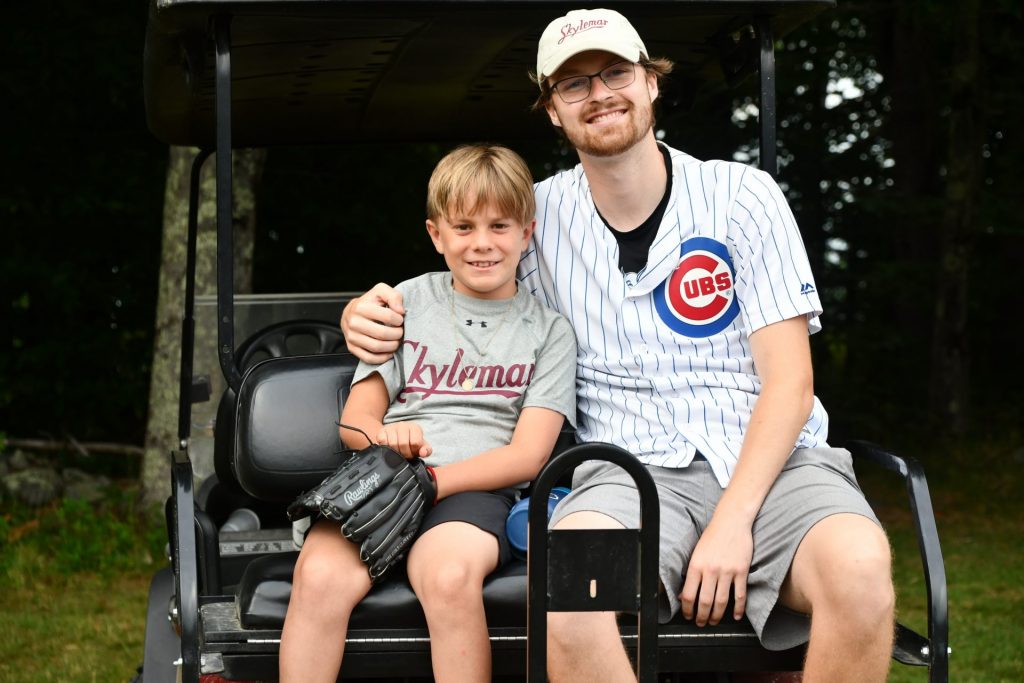 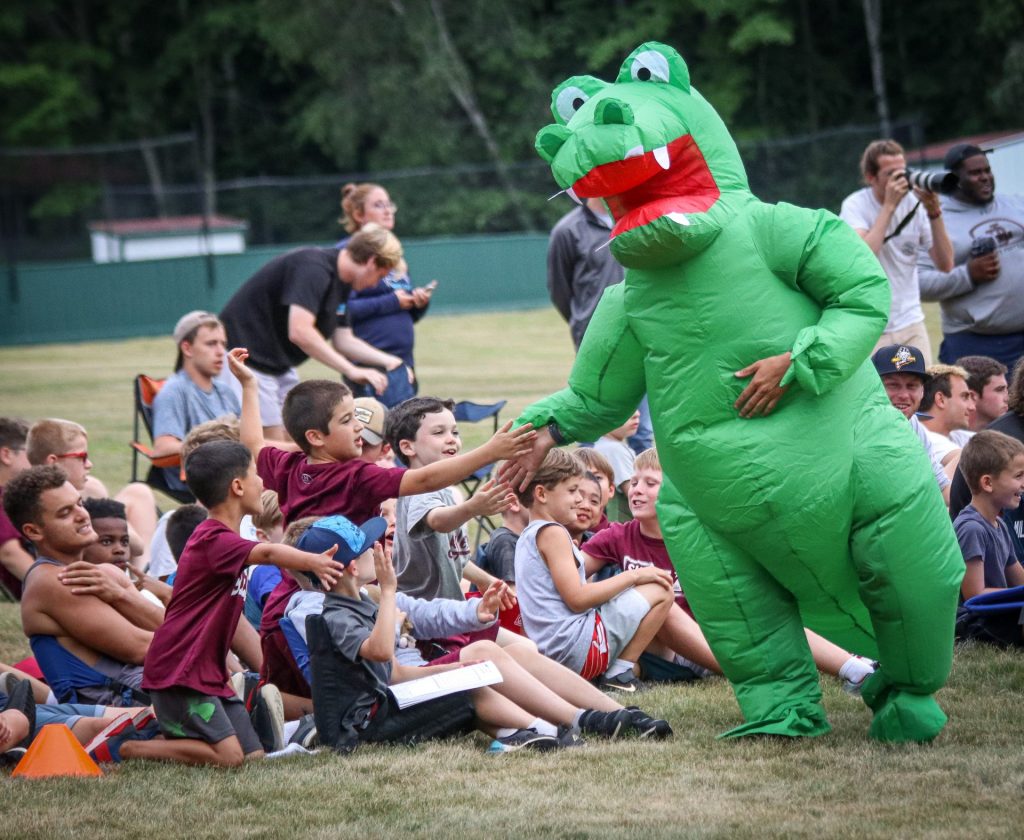 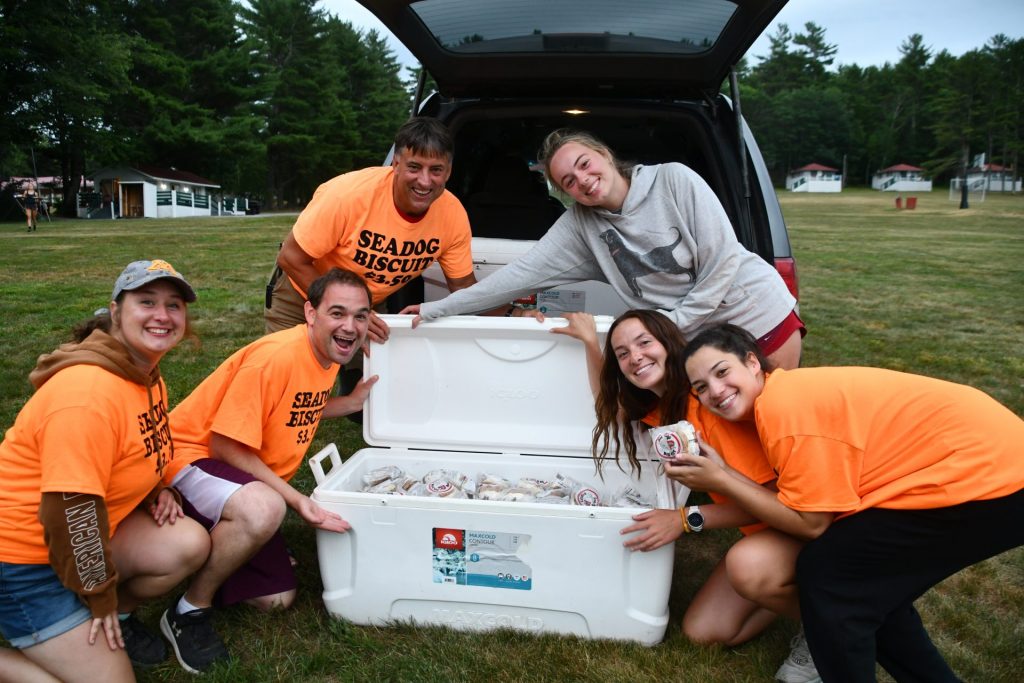 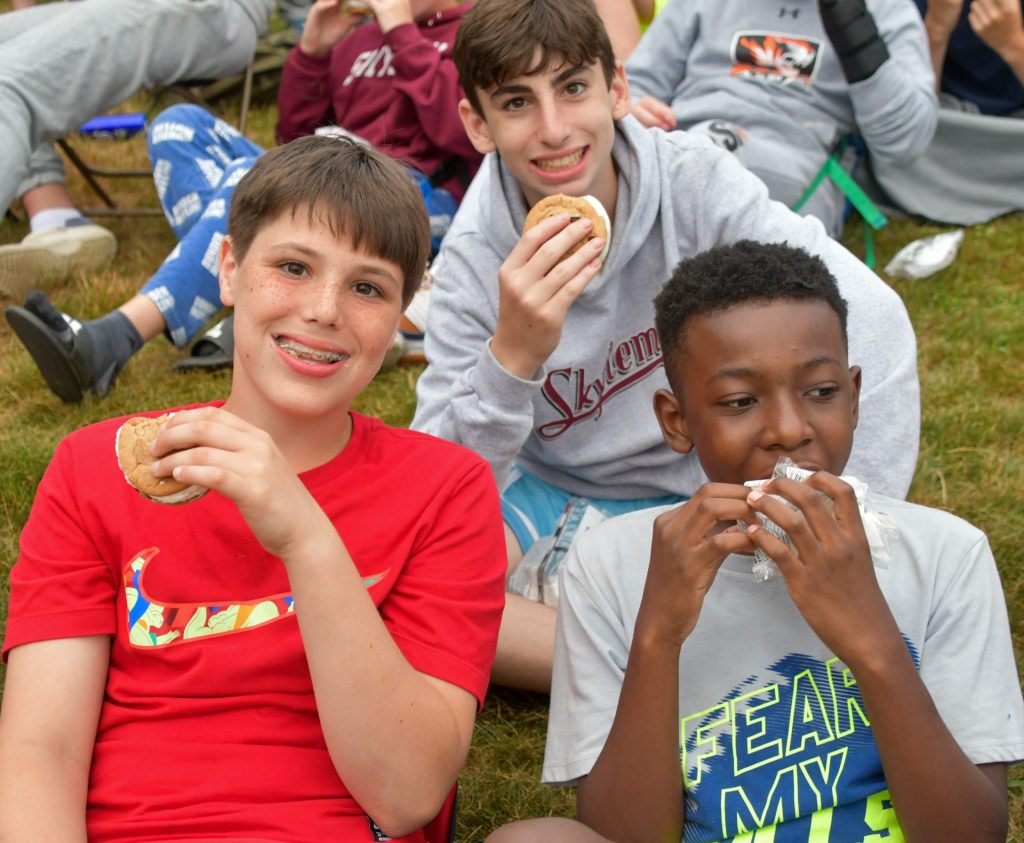 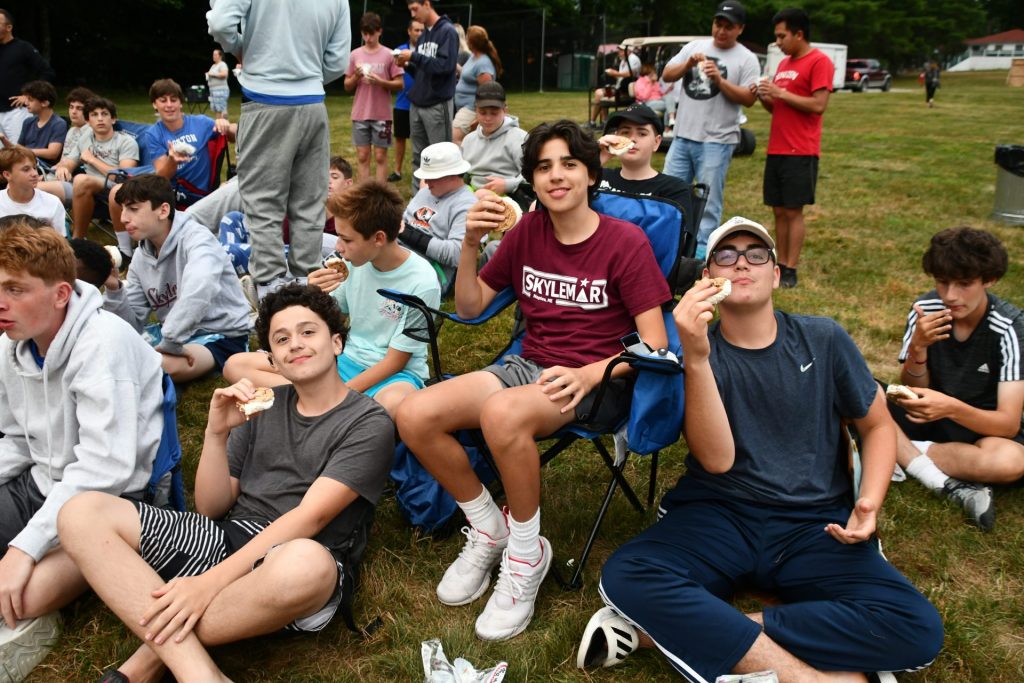 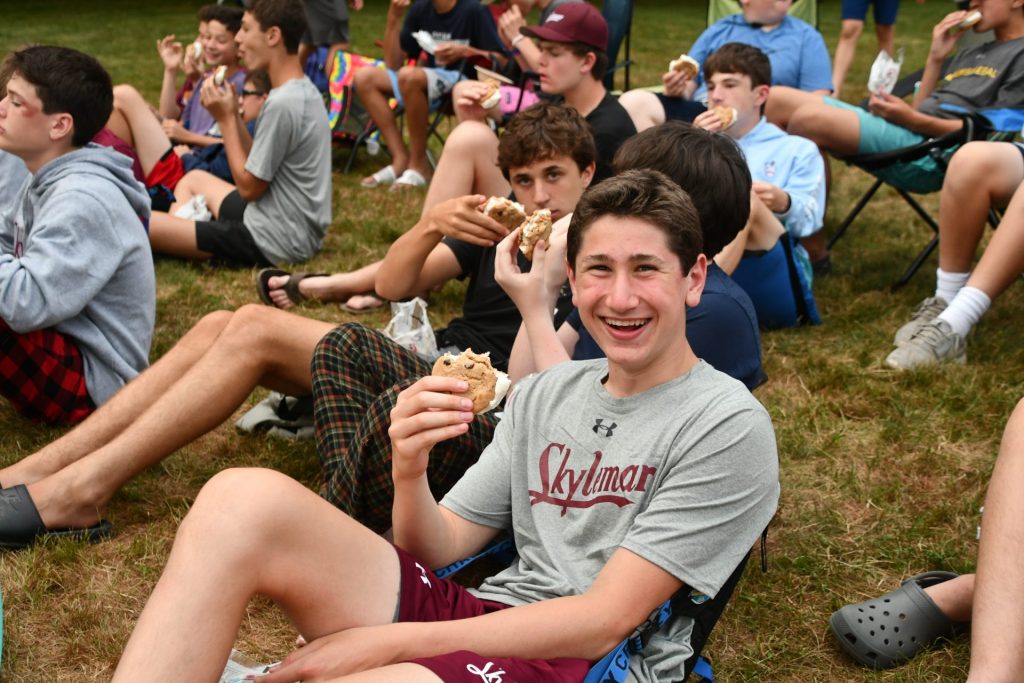 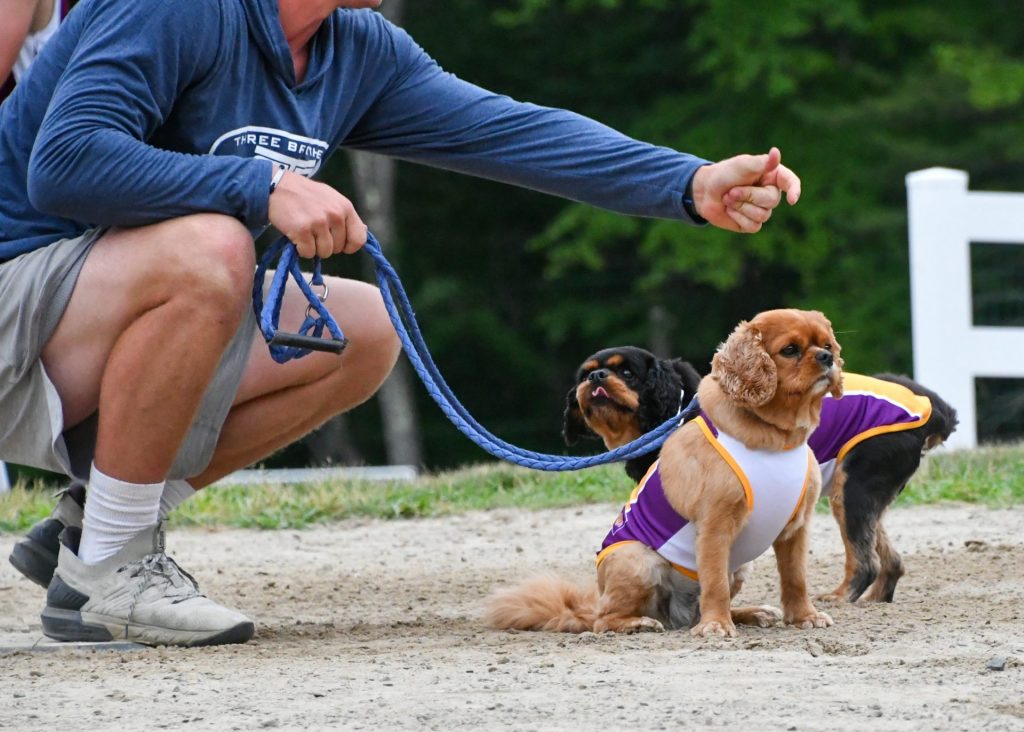 A surprise visitor came to lunch.  It was Slugger the Seadog!

Slugger’s the mascot for the Red Sox AA affiliate, the Portland Seadogs.  We typically bring the entire camp to a game around this time, but this year we’re staying put.  If we can’t get there, we’ll do our best to bring it on at Camp Skylemar.

It started with a dance-off between Slugger and some of our most talented counselors:  LT, Noah V, Zach, Glickman, Ashton and Esh.  Each dancer represented one of the counselor teams:  Otters, Ermines, Bobcats, Woodchucks, Lynx and Skunks.  The kids love cheering for their own counselors, and Shep comes up with lots of silly ways for the adults to compete.  In order for kids to have wholesome fun, the grownups have to as well.

After a full day of activities (lacrosse, tennis, soccer, golf, volleyball, hoops, baseball, challenge course, football, archery, hockey plus lots more), it was finally time for the big game.  The Hilltop Hippos vs the Doghouse Drip Dragons on Skylemar’s version of Hadlock Field.

The fans in “the stands” (campers on the hillside) whooped and hollered for their counselors and JC’s.  We marveled at the many home runs smacked over the fence as well as some spectacular fielding.  In between innings there were dizzy bat runs, inflatable pizza & flamingo challenges and a three-legged race.  The round-the-bases run for dogs Trixie and Cubbie was hysterical.  They’re sleeping now…

What's the favorite snack to eat at a Skylemar Seadogs Game?  Sea Biscuits, of course.  Driver Kristen went to the actual ballpark in Portland to pick up 400 of the tasty treats.  It’s vanilla ice cream sandwiched between two cookies.  A Chipwhich, you might think?  Nope, not at all.  There’s something about the wrapper that makes this far more delicious.

As the game finished and all were in bed, the rain started falling.  Our hope is that the steady rhythm on the roof will bring about some much needed sleep.  We’re a tired bunch here in Naples, Maine.

“Camp Skylemar is a place for all kids. My son isn’t into competitive sports, but there is lots for him to do and the environment is one of positivity which he really needs to thrive.”

“Skylemar will always top our list of experiences we consider a priority for our son’s childhood.”