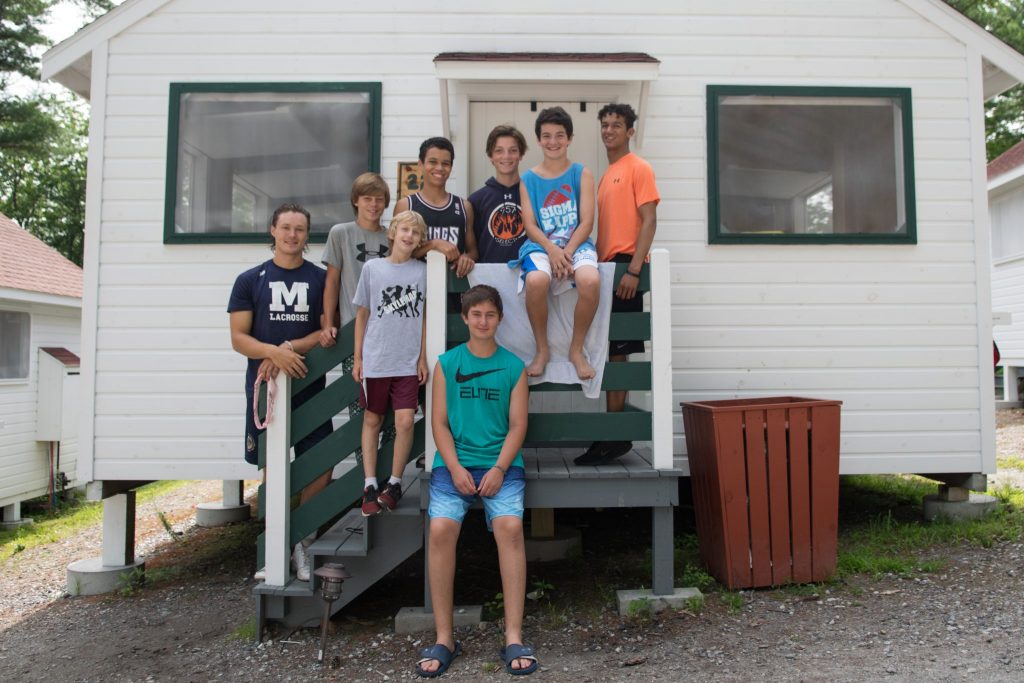 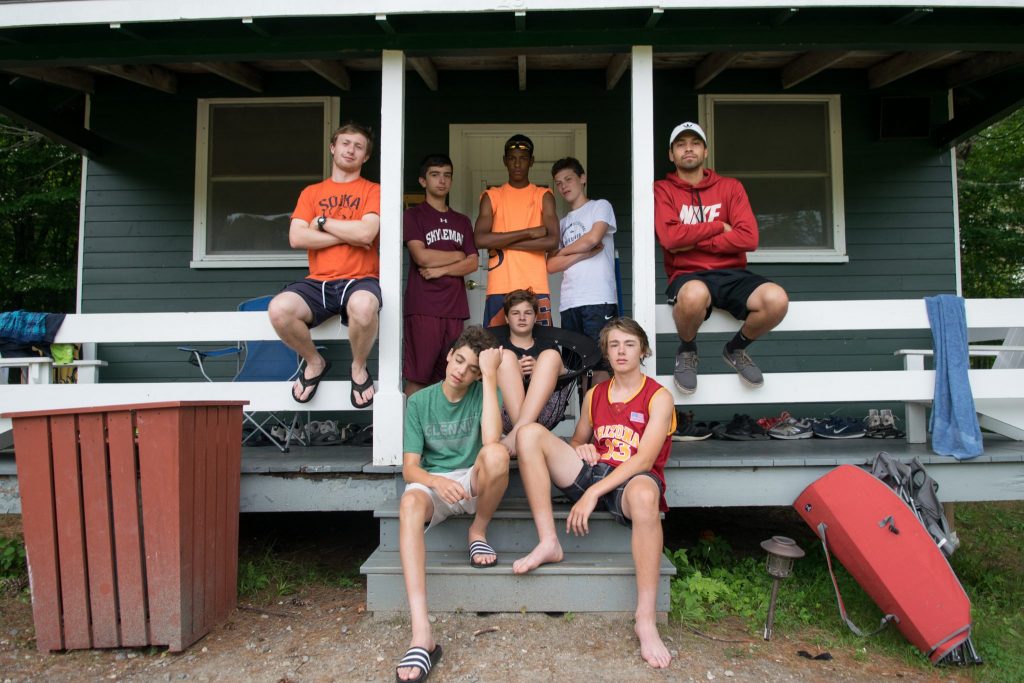 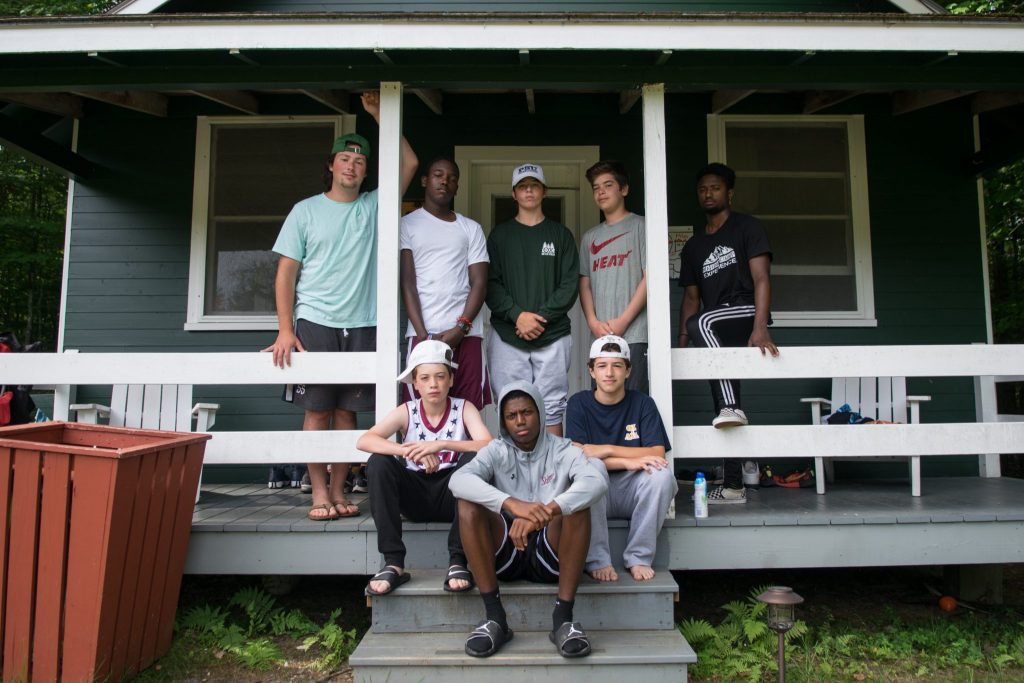 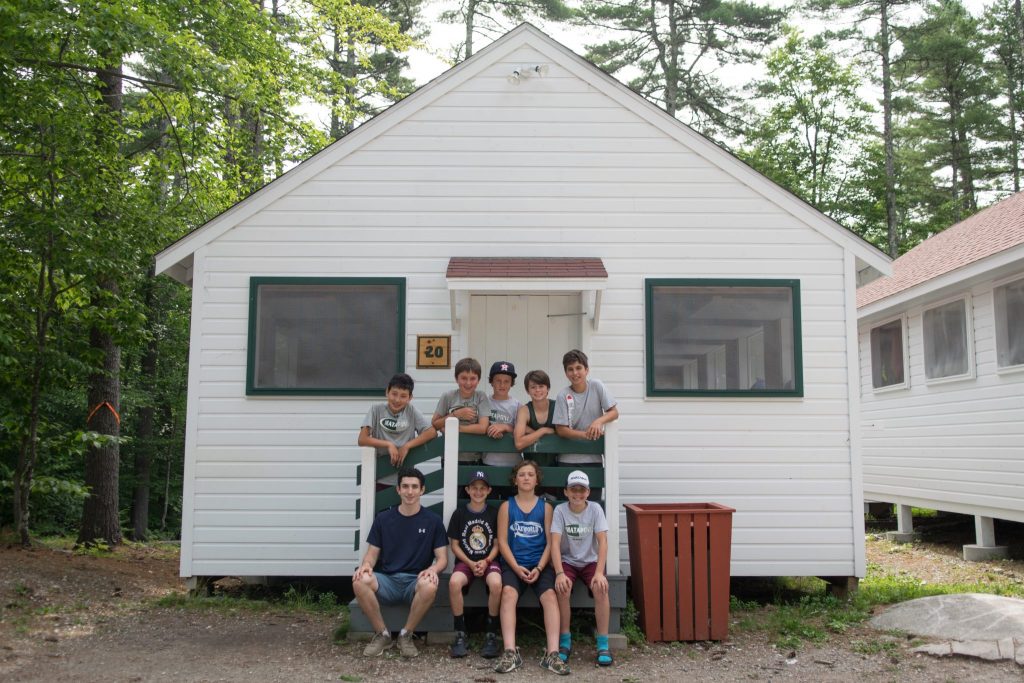 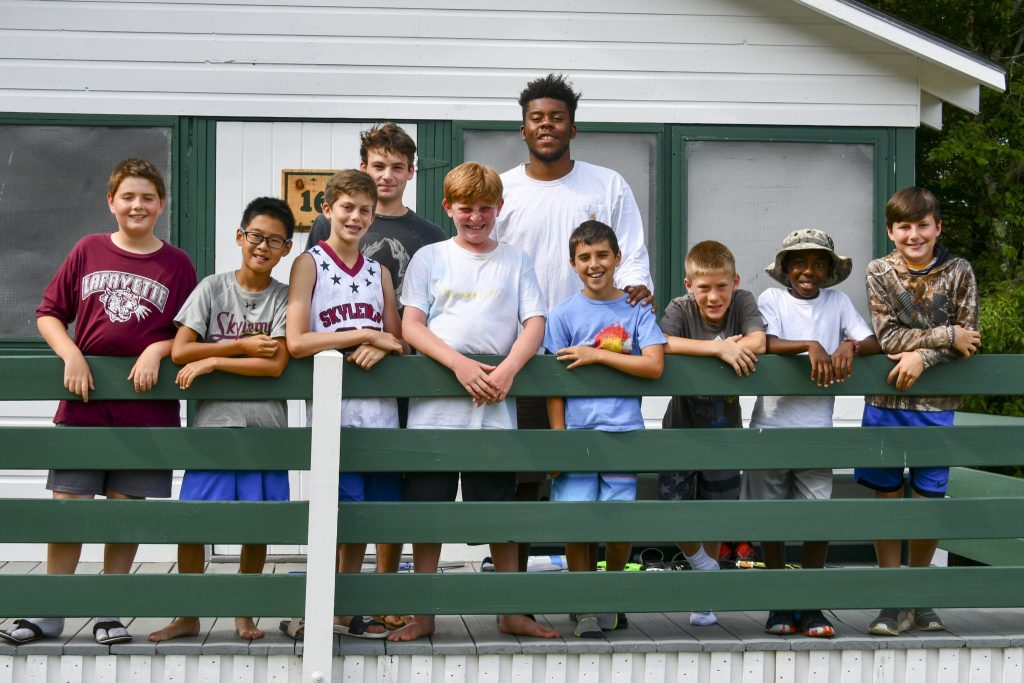 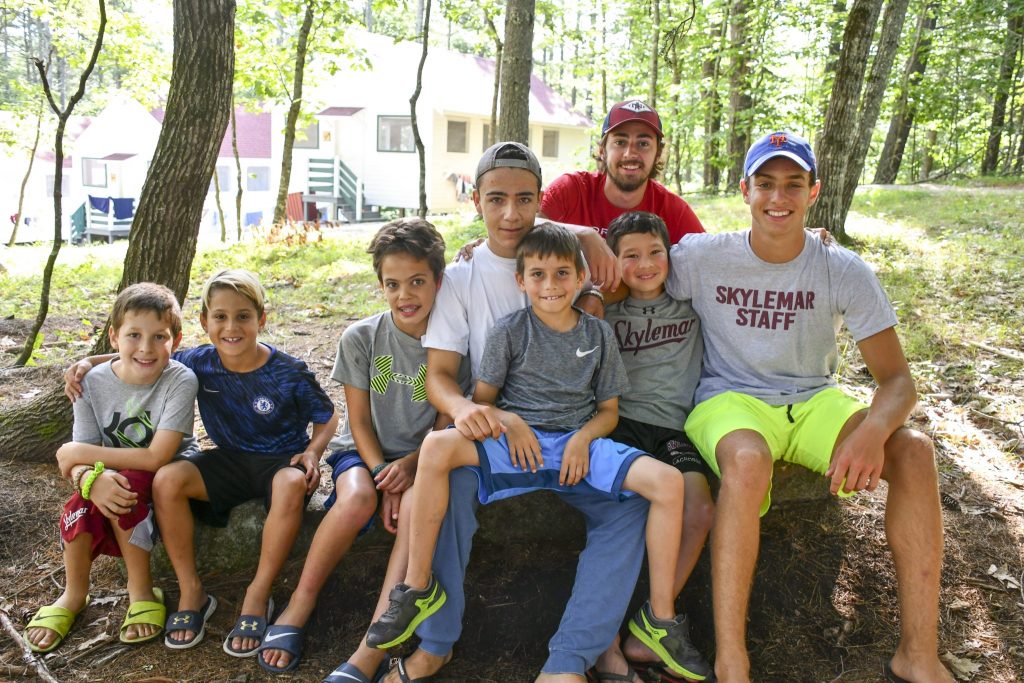 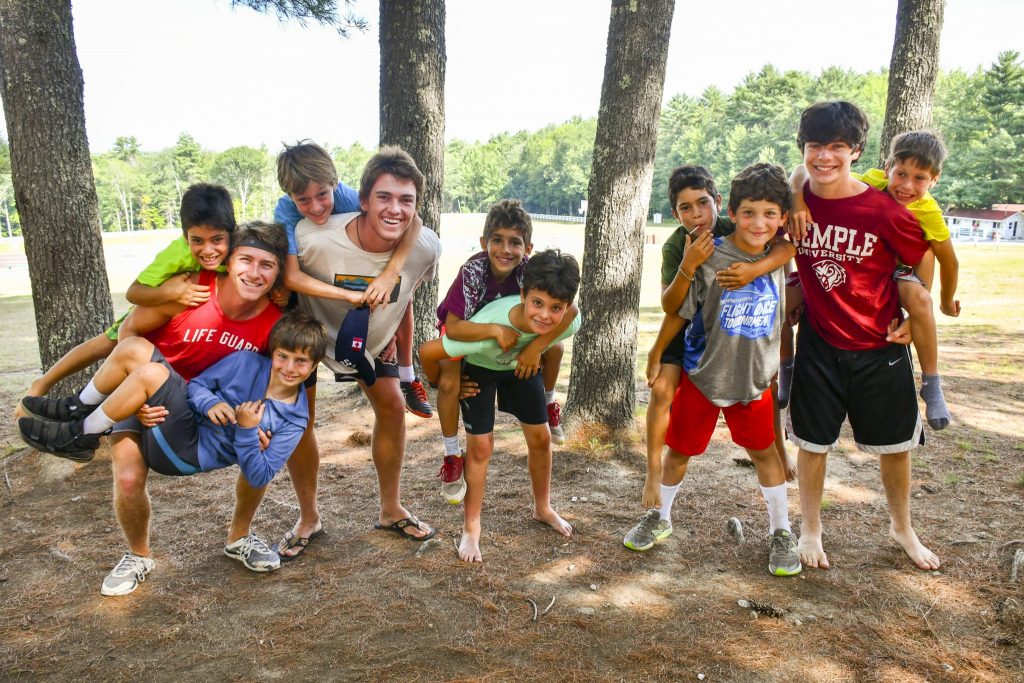 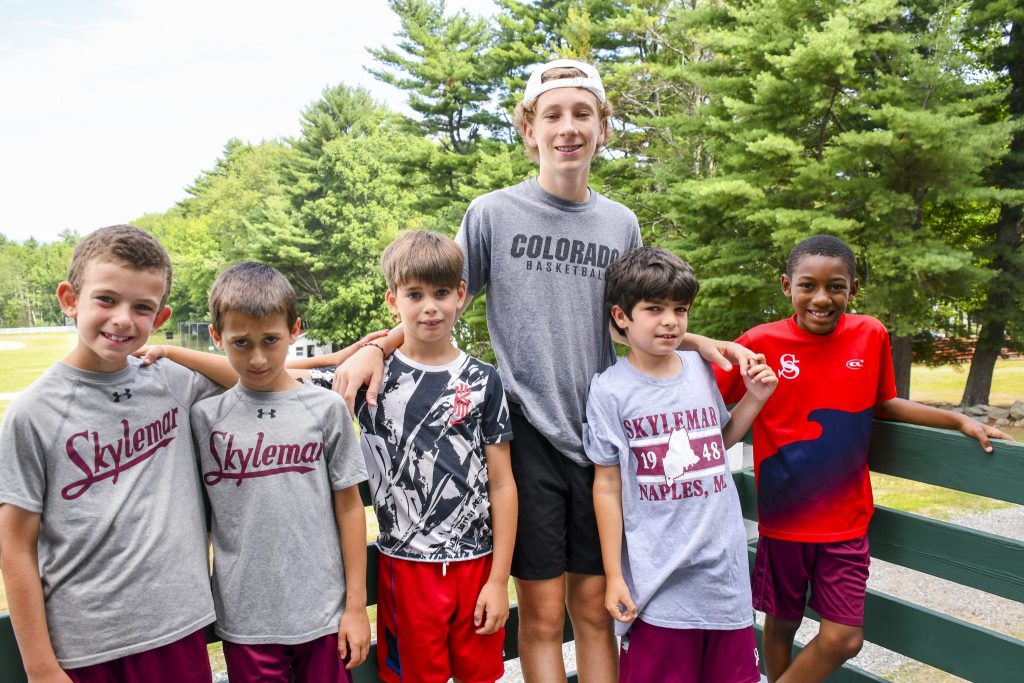 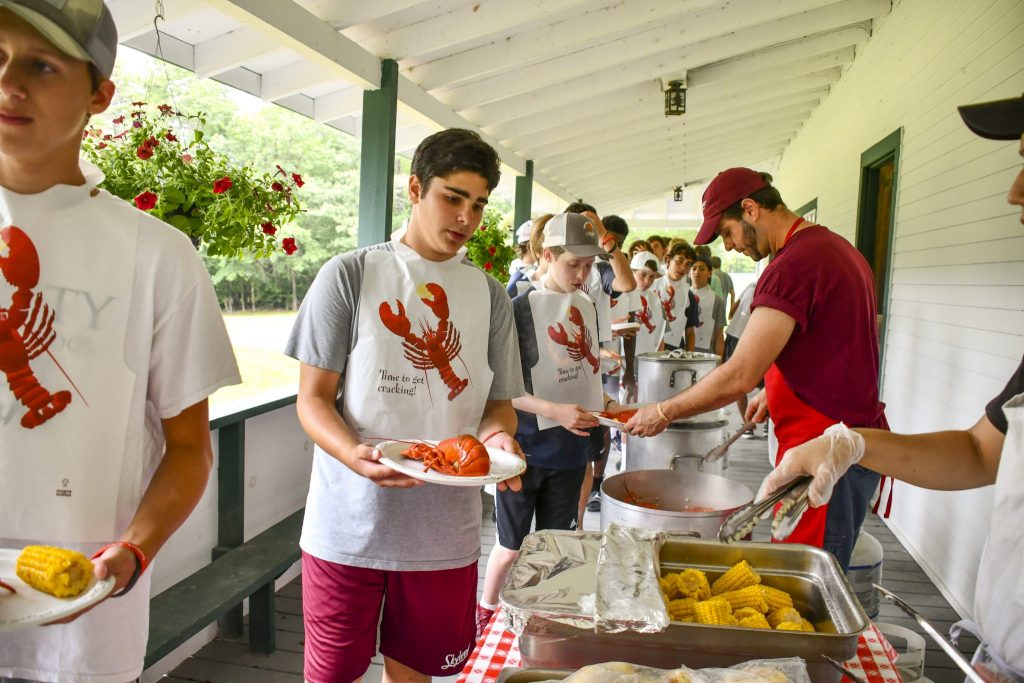 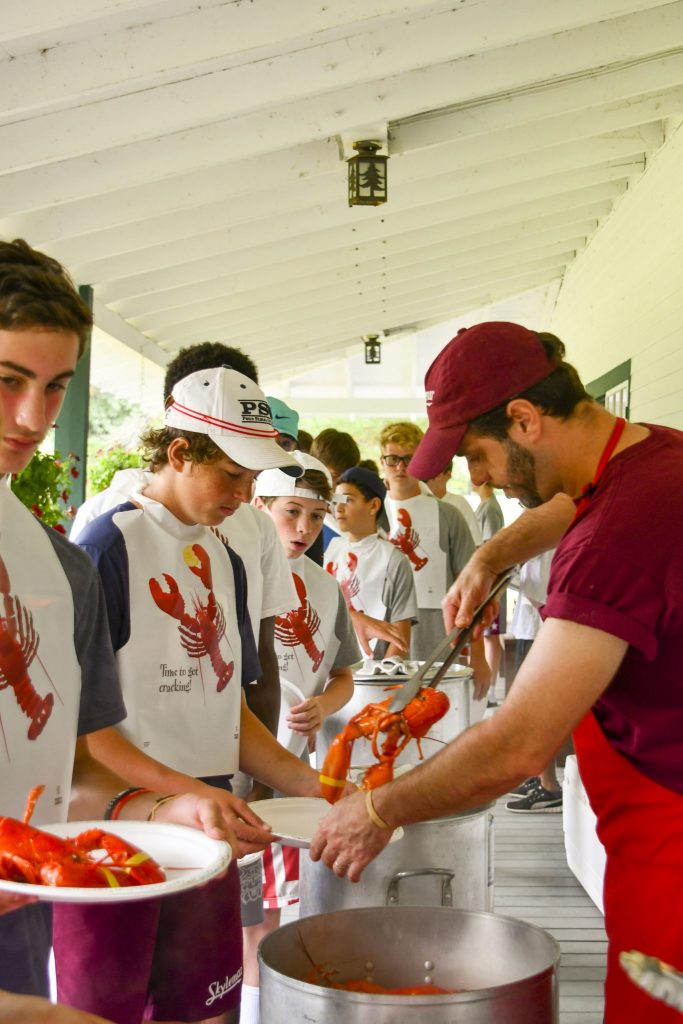 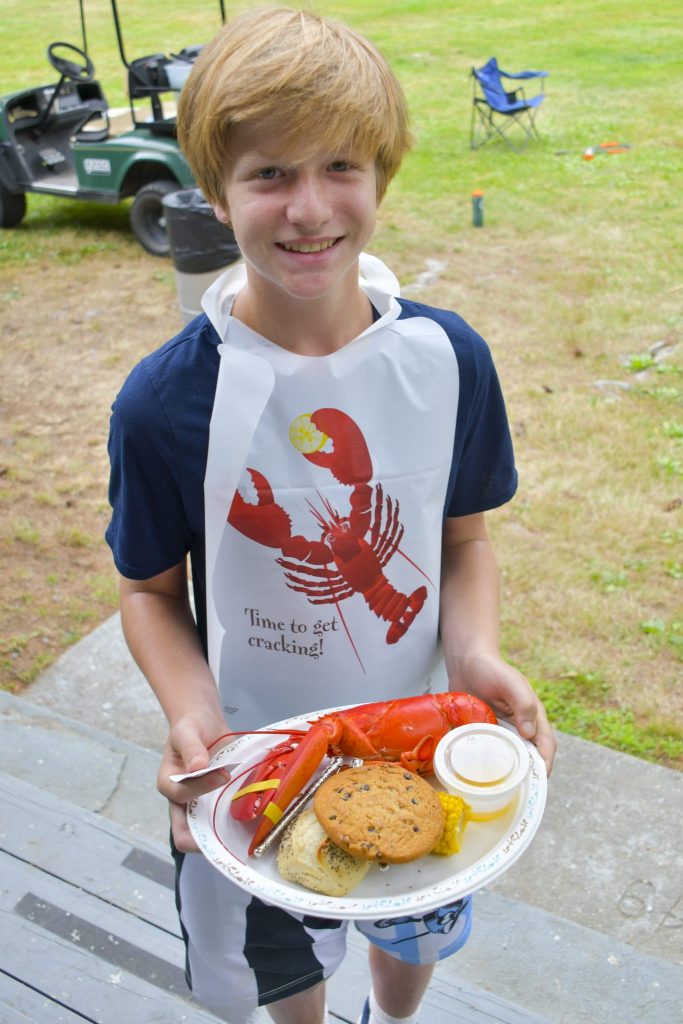 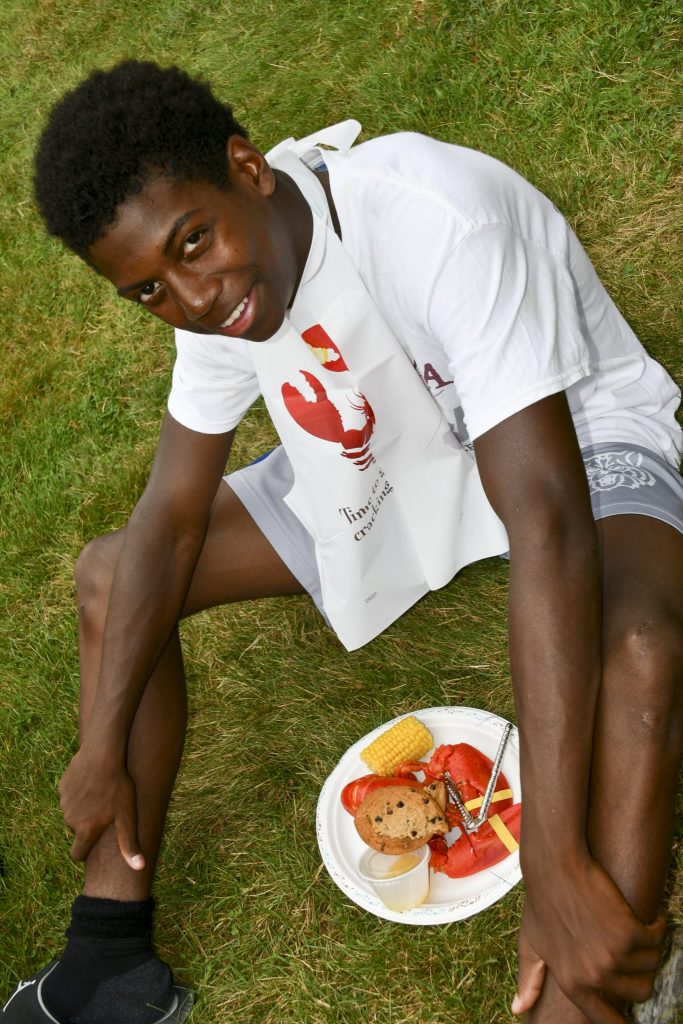 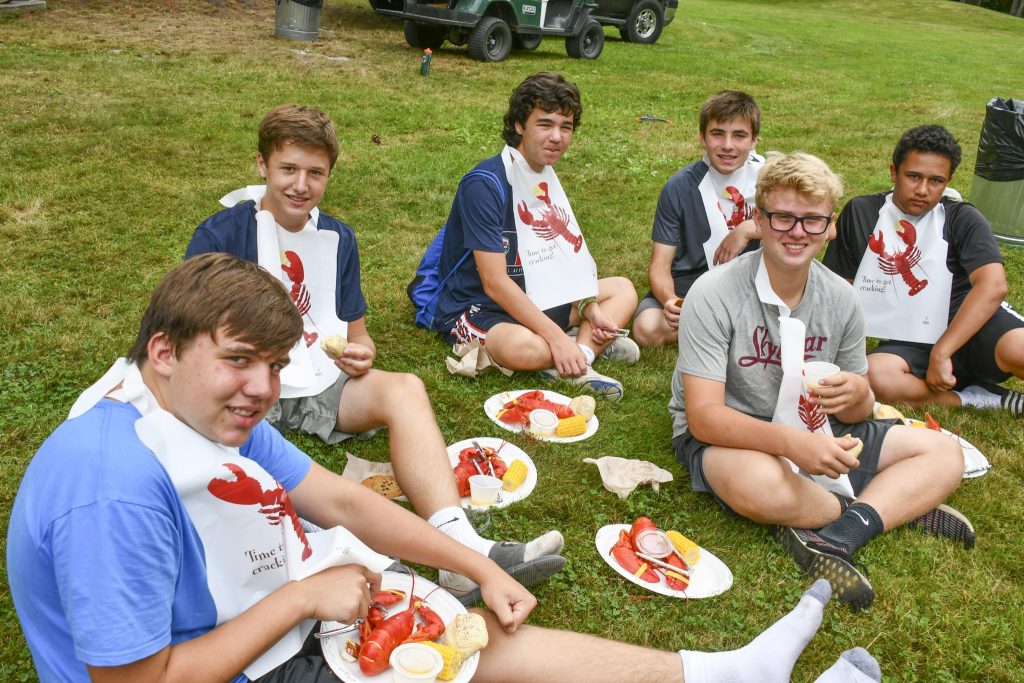 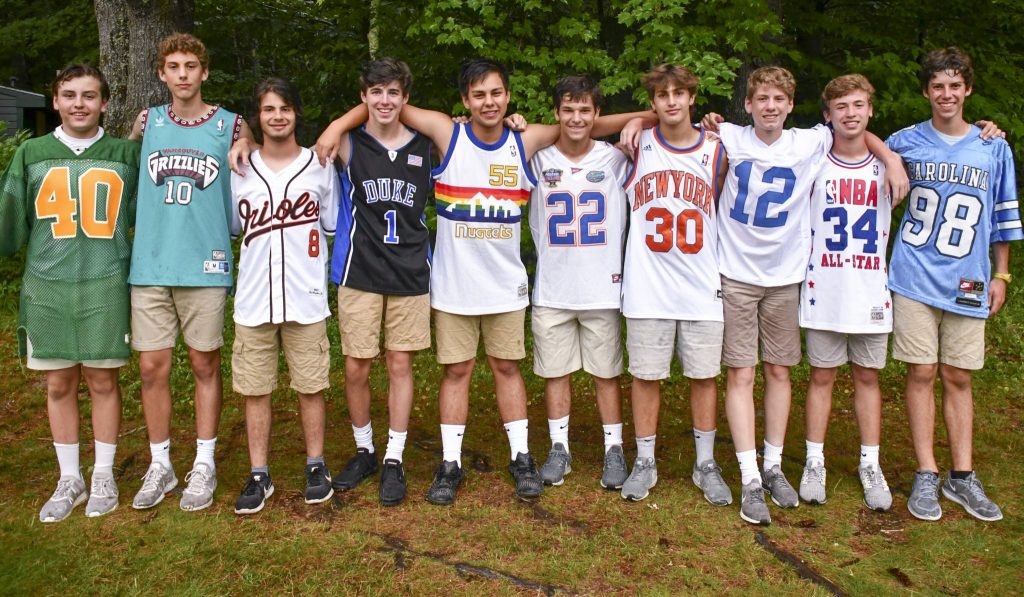 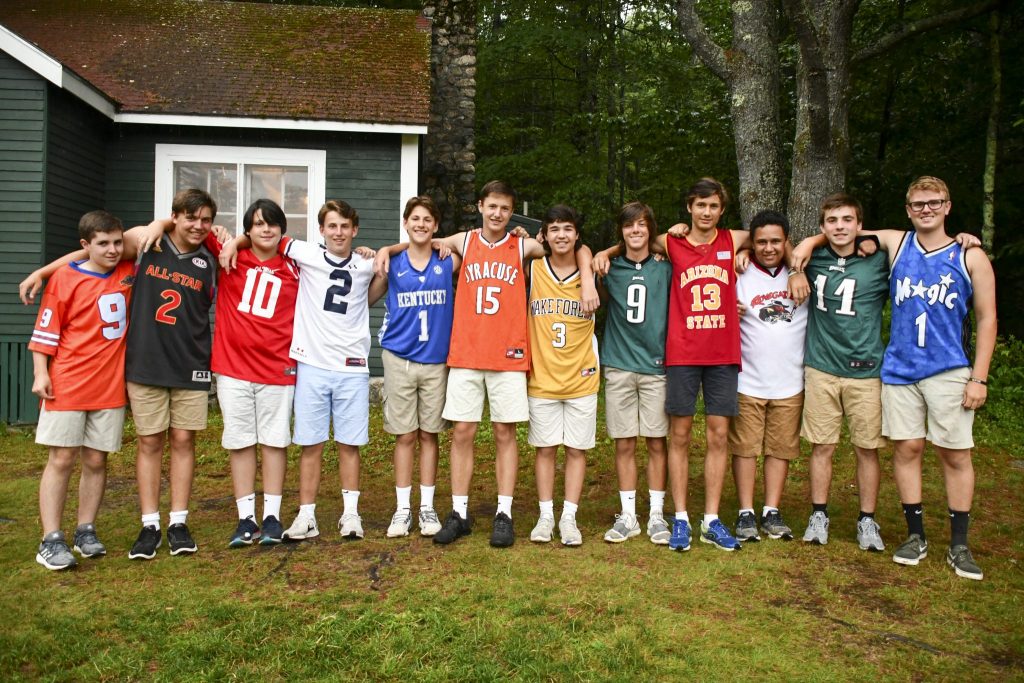 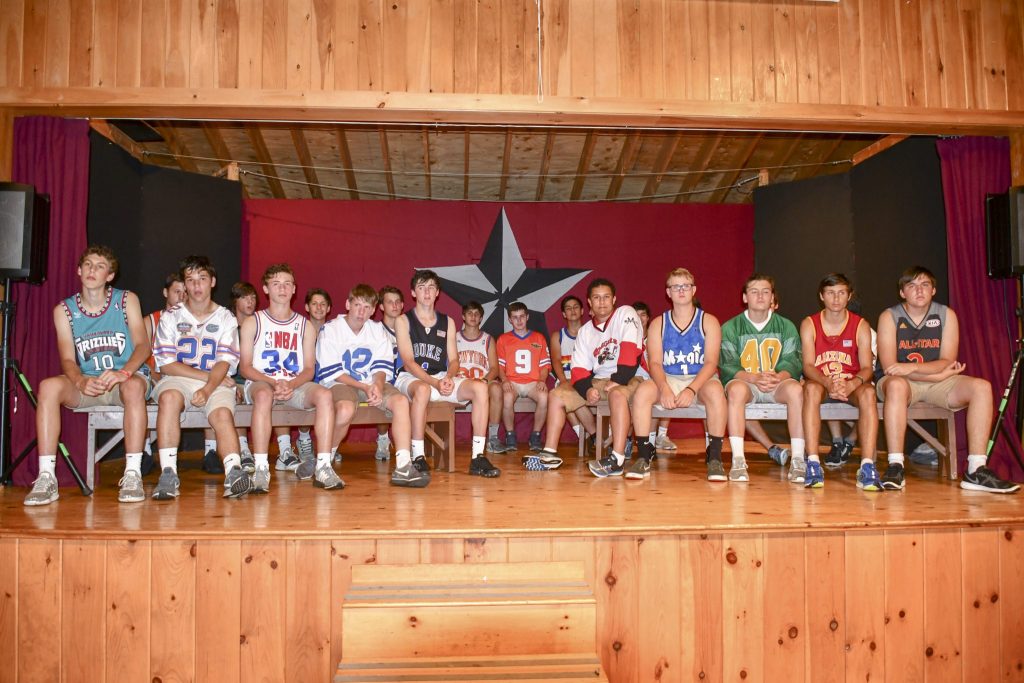 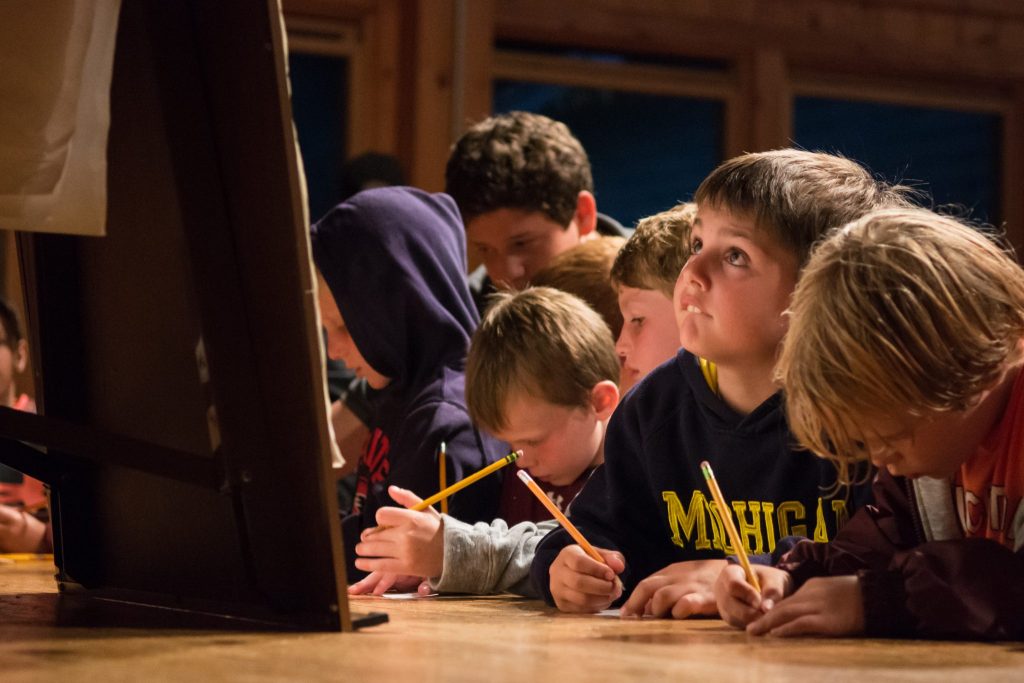 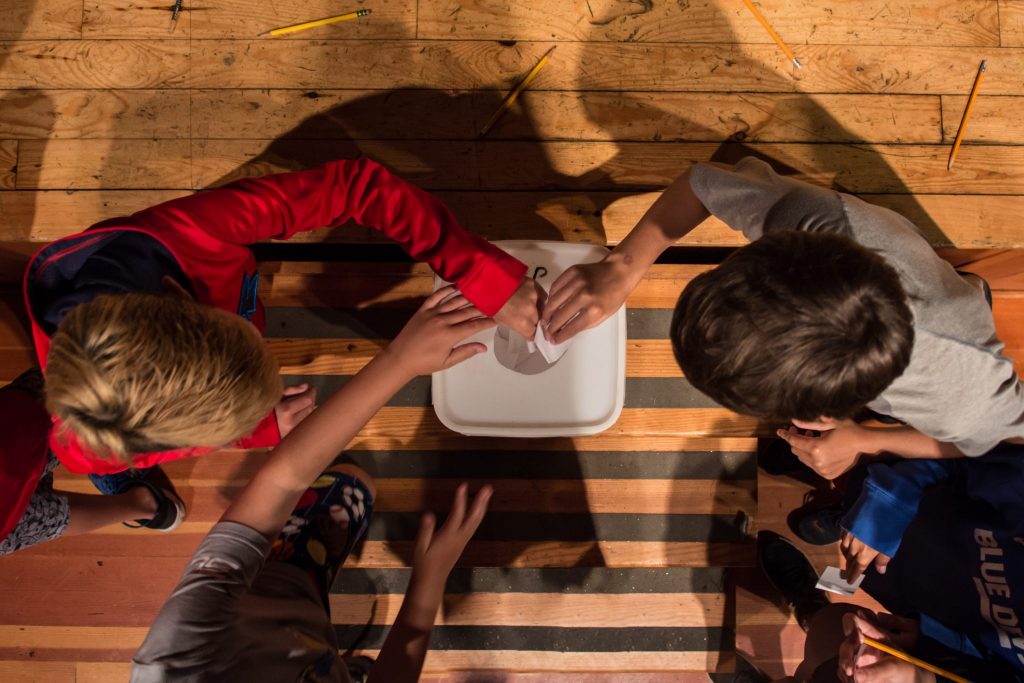 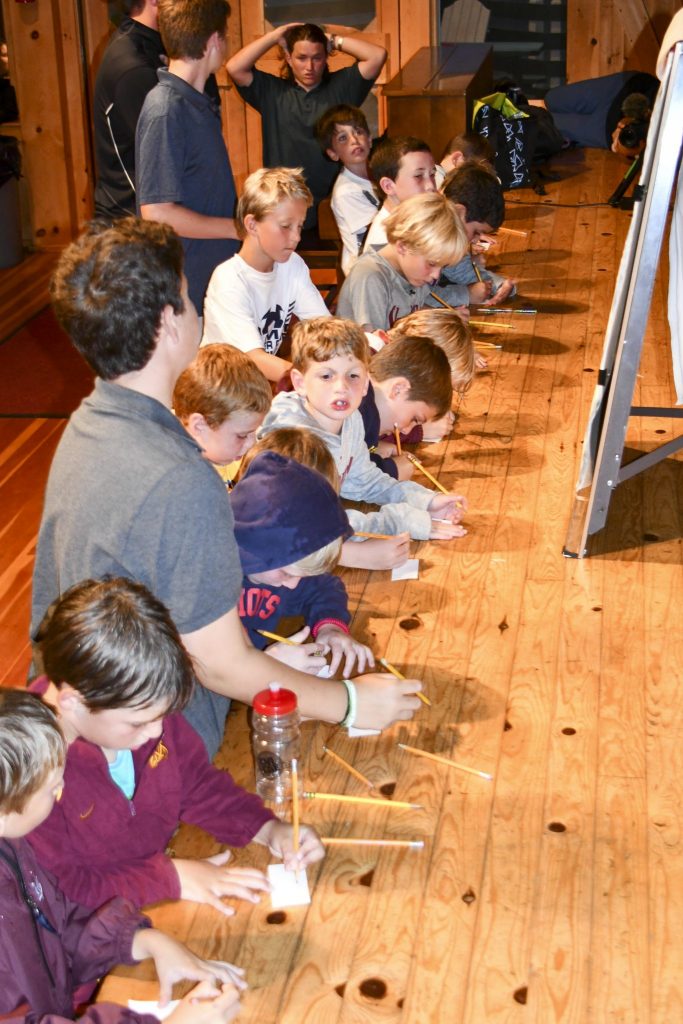 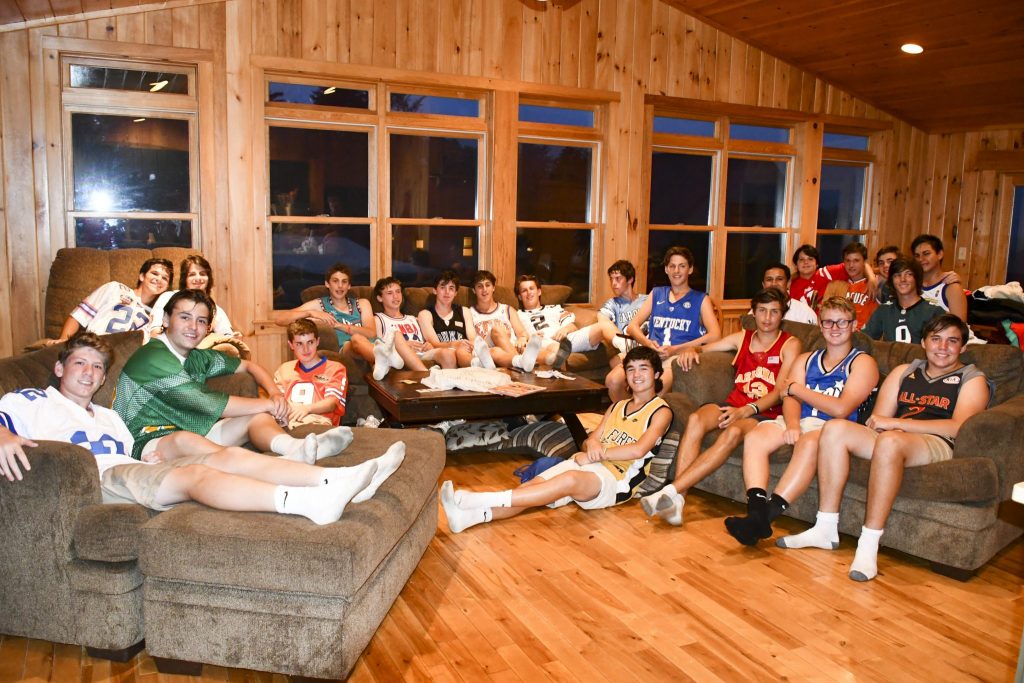 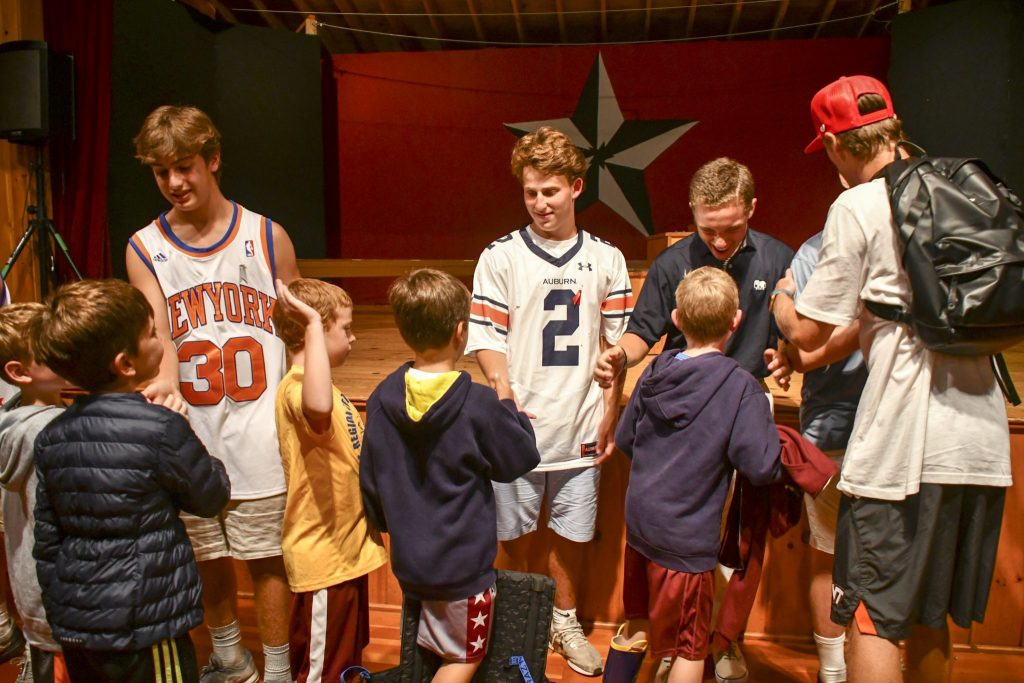 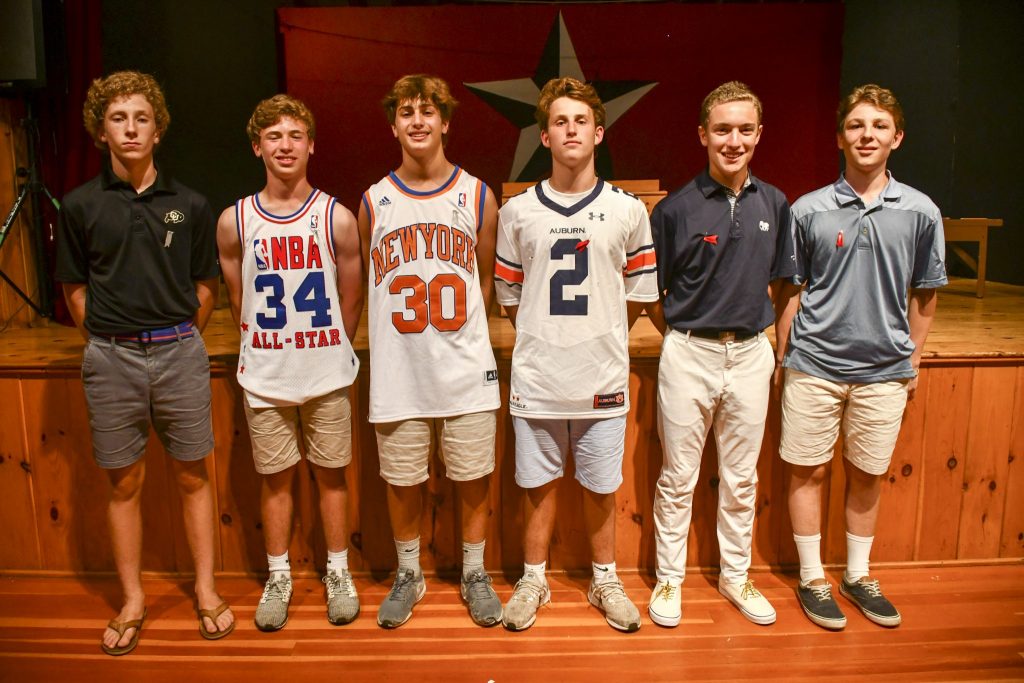 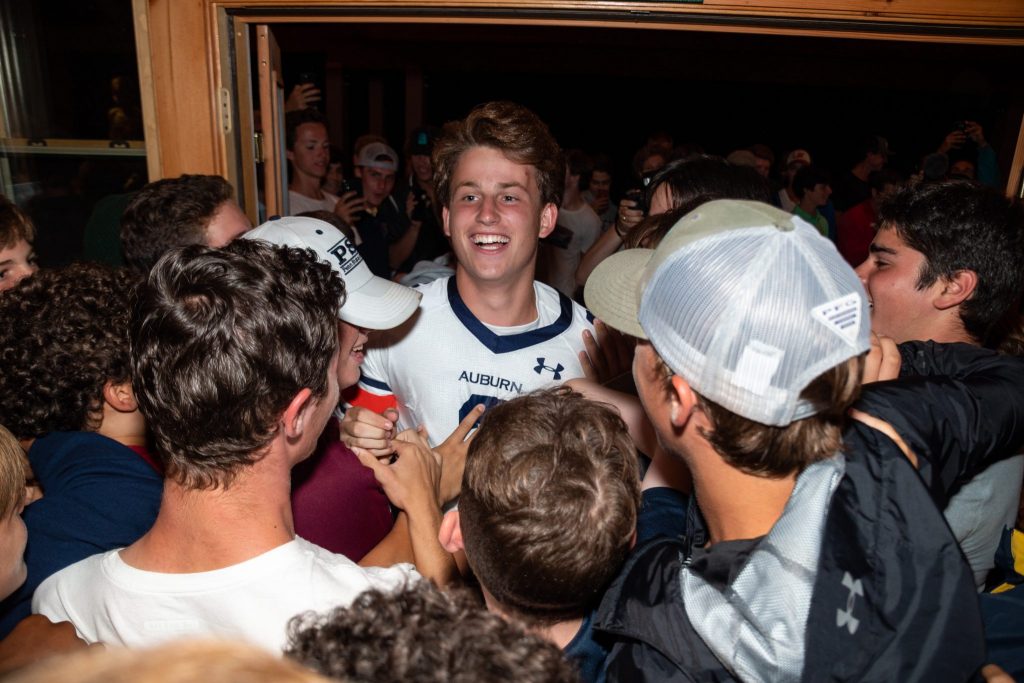 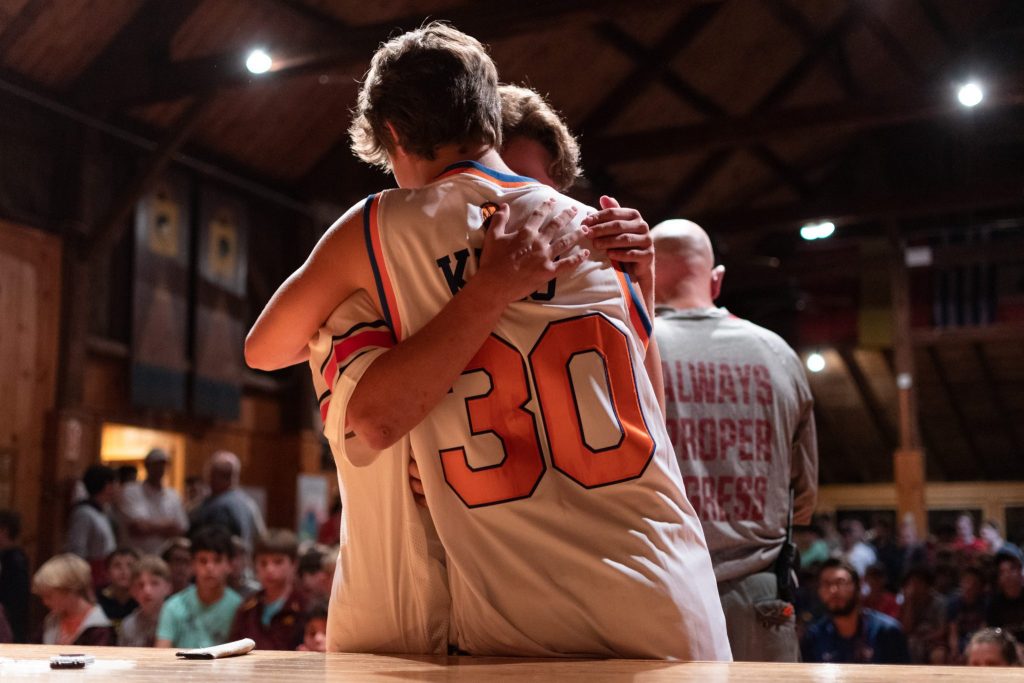 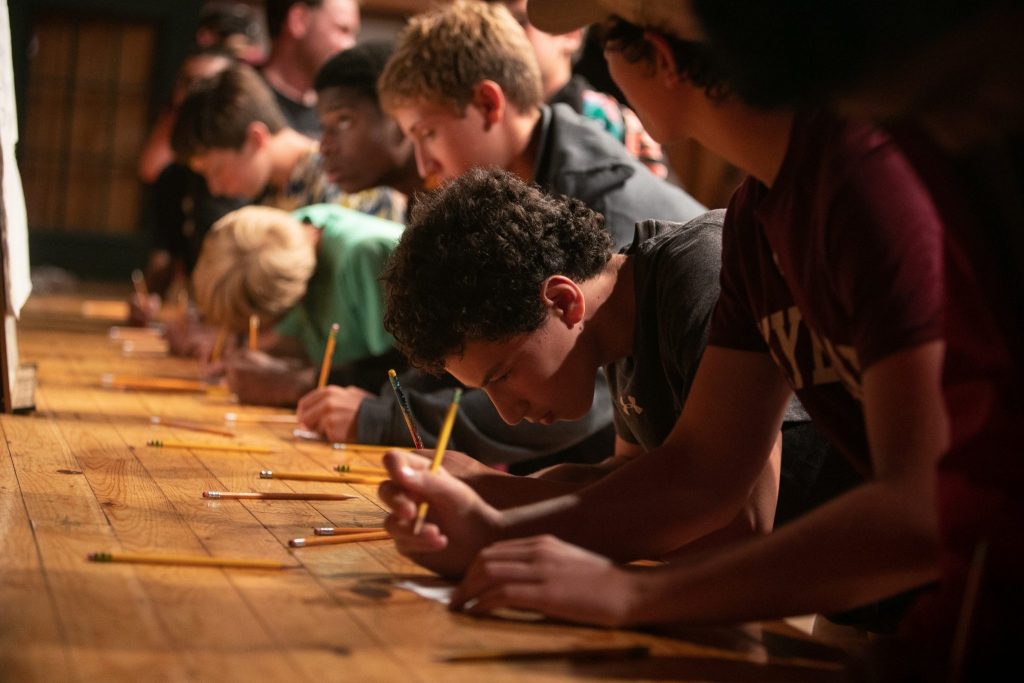 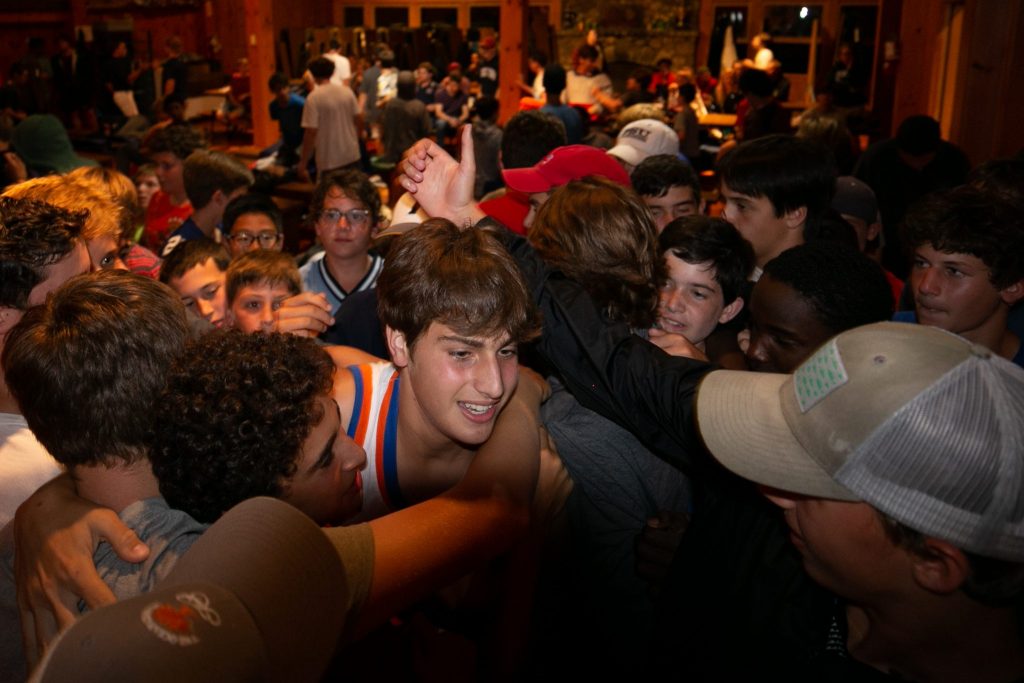 Rain has no effect on voter turnout at Camp Skylemar.  After all, it was the Election we’ve been waiting for all summer.

It’s the logical way an election should be.  Twenty-two candidates, each one qualified, capable and of the highest integrity.   No advertising, no campaign contributions and no robo-calls.  Every constituent votes for two, which is helpful when you can’t decide.

Echoing their pounding hearts, the rain was loud and steady on the sturdy Rec Hall roof, as our oldest campers (Bunks 29 and 30) sat tall on the stage.   Each outstanding young man wore his lucky jersey, and even those who said they knew they wouldn’t win, held out hope.

Shep welcomed the camp, and the room went silent as he spoke.  “Tonight, you, the participants, will decide who will lead our Color War.”

He explained what’s different about our Color War as opposed to other big competitions is that we all care about each other.   If we’re playing against another camp we’re respectful.  But now we really care about the people on the other team.

It’s fine to want to win, he went on.  But you don’t want to over-react, whether you win or lose.  When the game is over, it’s over.

Skylemar’s Color War takes place outside of the cabin.  Inside the bunk we’re brothers as always.  It may even be that just one cabinmate is on Red, while others are on Gray.  Siblings might be divided, and those who are close friends may be as well.

How could teams be divided in such an unfair way?  That’s just it…it’s all about fair and good competition on the fields, courts, lake and stage.   The Captains do the drafting for each age group, based on trying to win.  In fact, Color War is totally run by the campers.  Counselors are the umpires,  referees and officials, and are held to a very high standard.

“Each year at this time we’re honored by alumni returning.  Former captains, please stand.” Shep announces.   At this direction, a small handful arose.

“All who were on the ballot, but were never elected, please stand.”  A large number stood, perhaps 30 or more.  Many were counselors, and some were alum.

Point is…only two have the title “captain”, but far more important is the rest of the team.

Shep explained that it’s a secret ballot.  Only you know the names that you’ve written.  We don’t talk about the number of votes that someone gets.

The first person to win one more than half is captain.  The magic number this year is 111.

“Skylemar”, proclaims Shep.  “You decide.  Looking up at this group, you cannot make a bad choice.”

Those on the ballot vote, then leave the room.  Now it’s each camper’s turn to write down two names.

But here’s what happened…

The votes were so spread out that we ultimately had to try three times to get to the magic number.    Finally, at 10:36 pm (way too late…), we had two captains:  Jack Queler (Red) and Daniel Spilker (Gray).

The Captains each addressed the camp, and then selected their first lieutenants.  Daniel selected Alex B and Coby GK, and Jack picked Jake G and Jack Shuey.

We sang “Taps” and then cabin groups filed by the Color War leadership to give congratulations with a hearty shake or a warm hug.  Color War 2018 is in very capable hands.

“Skylemar is the greatest camp there is and ever will be in the world.”