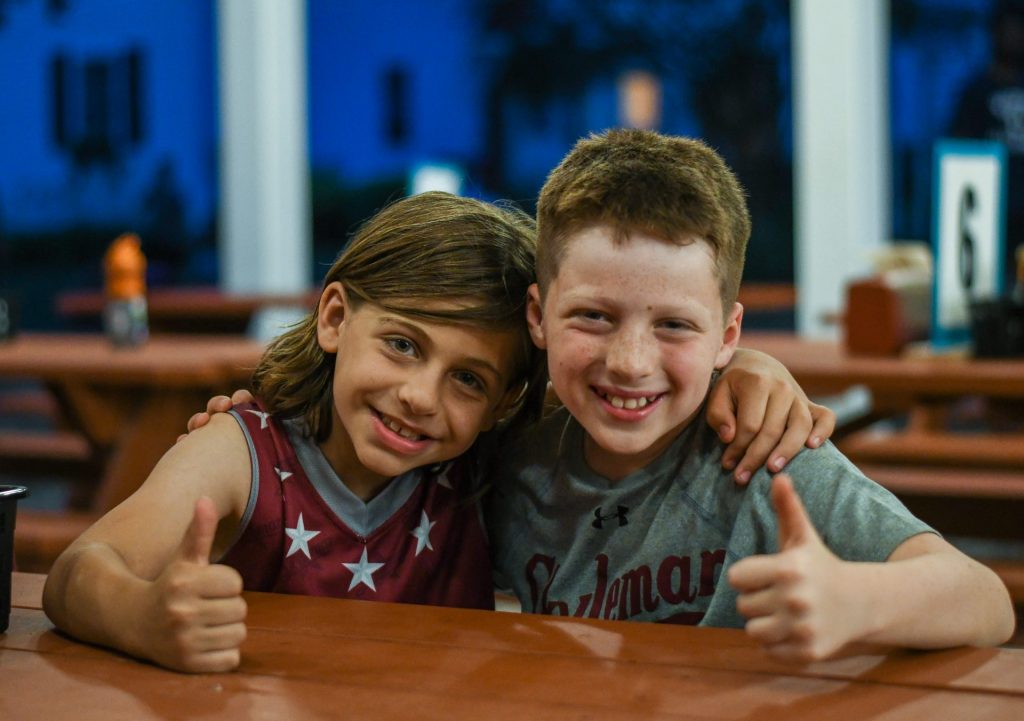 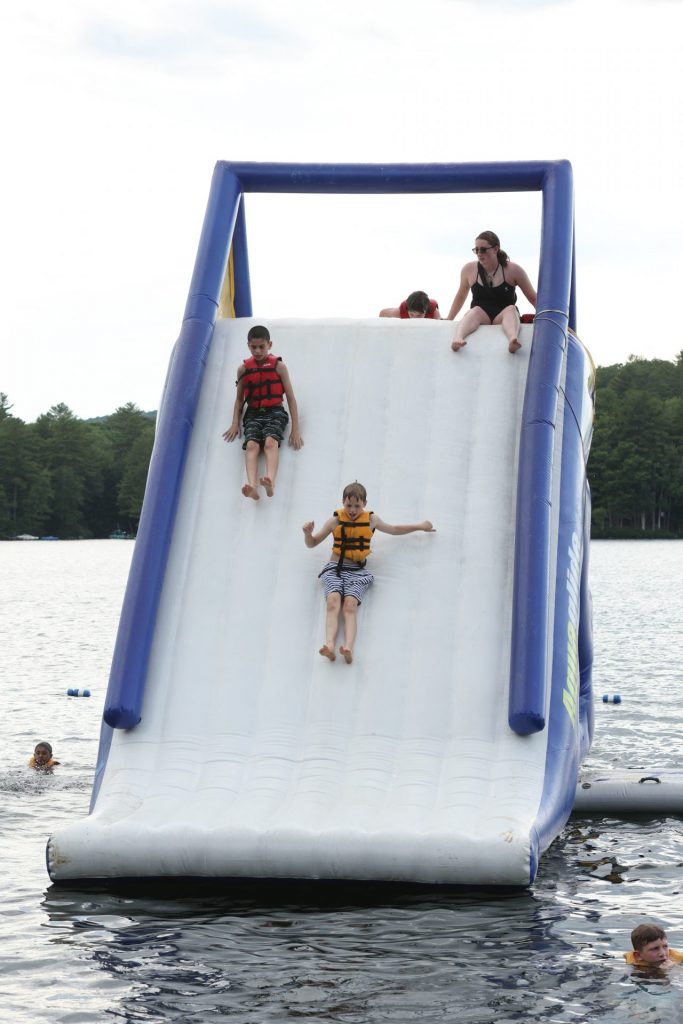 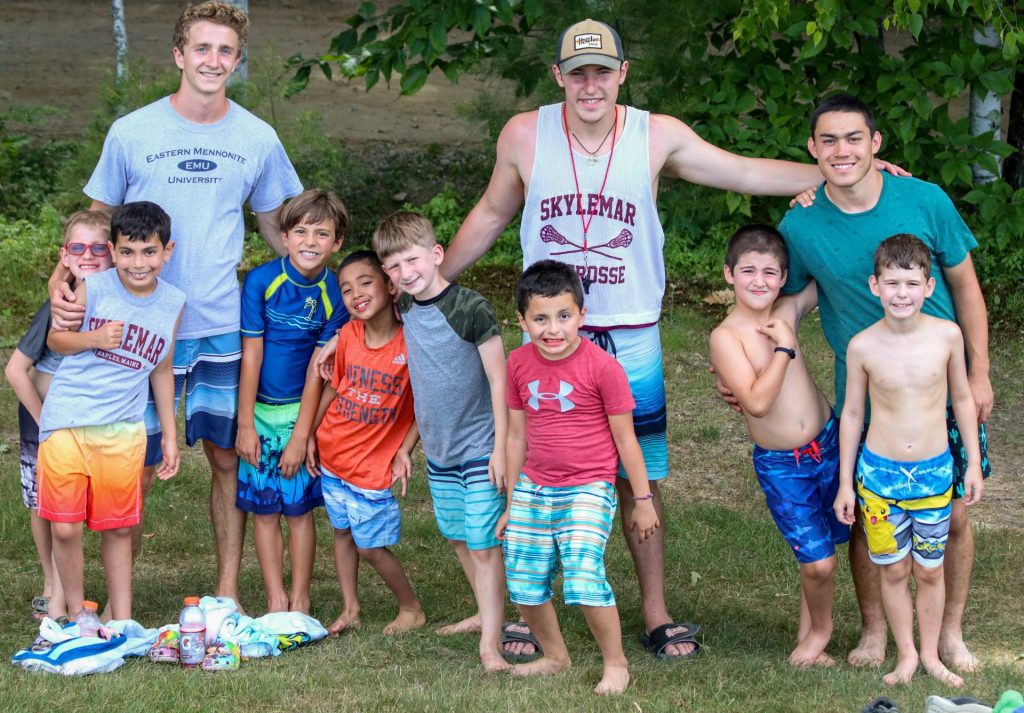 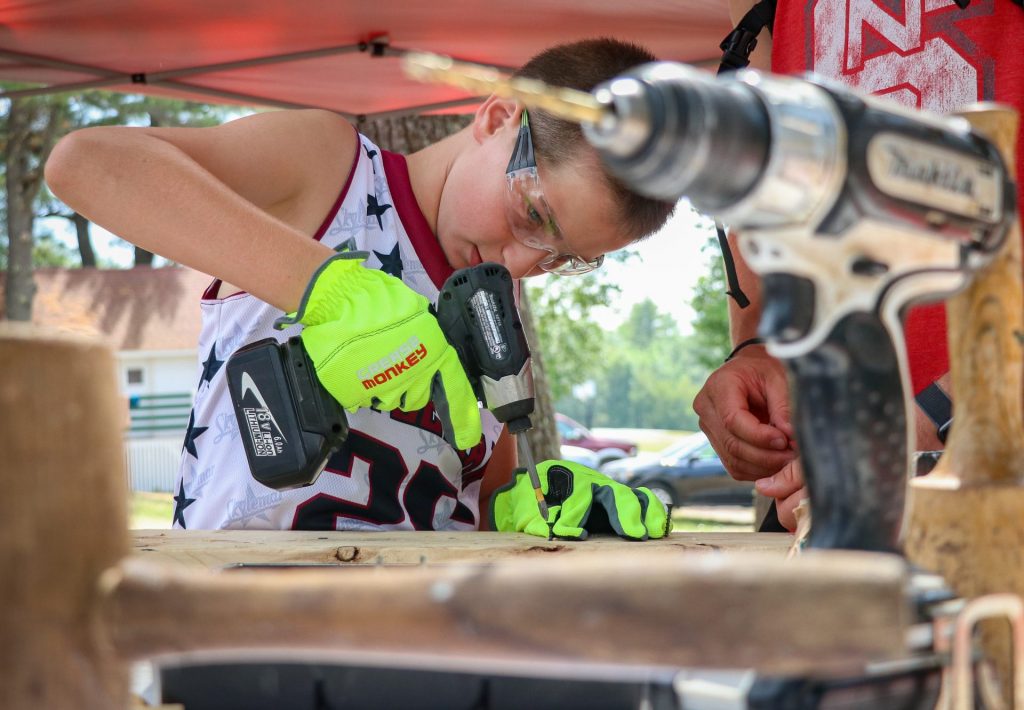 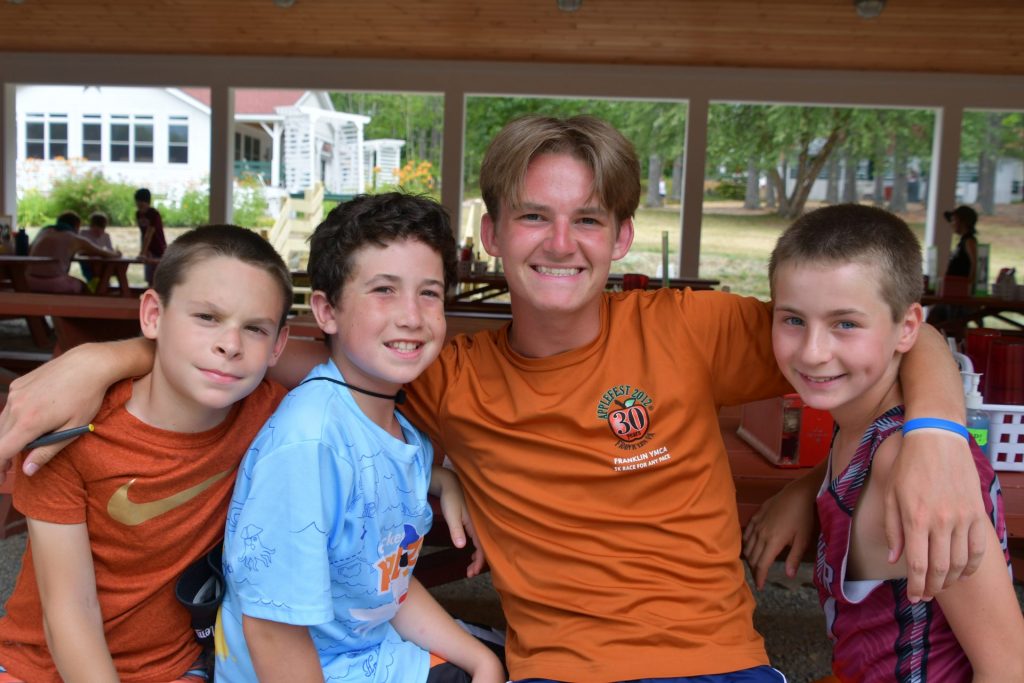 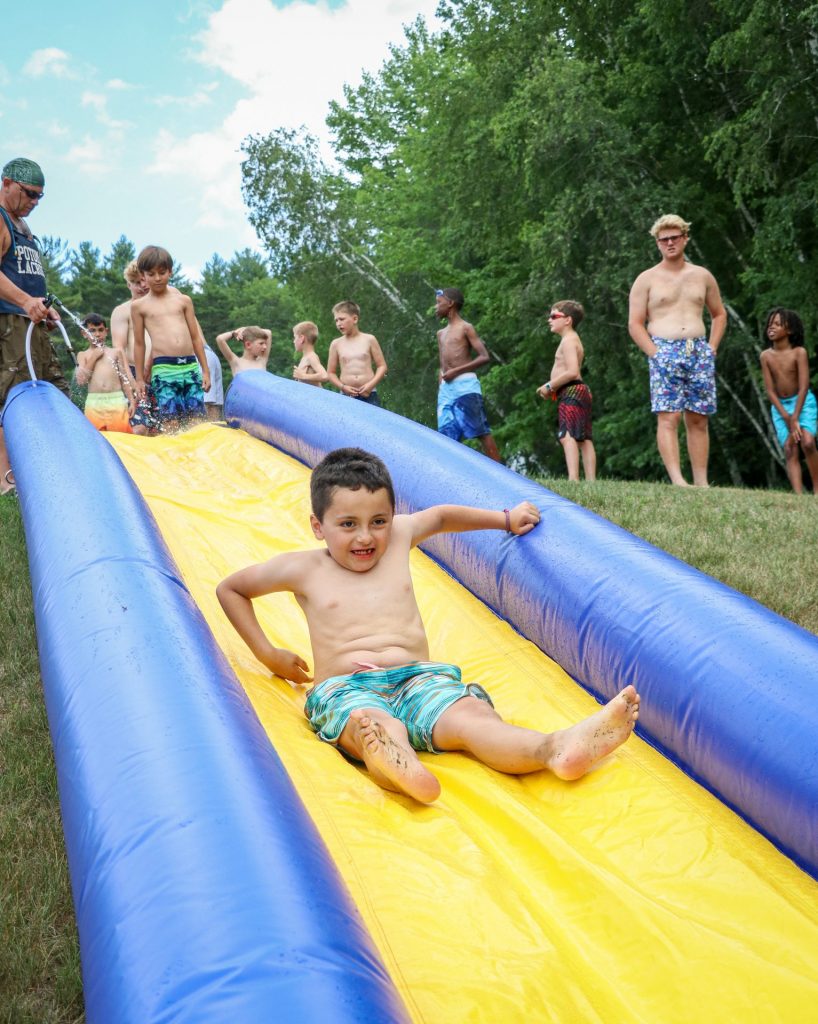 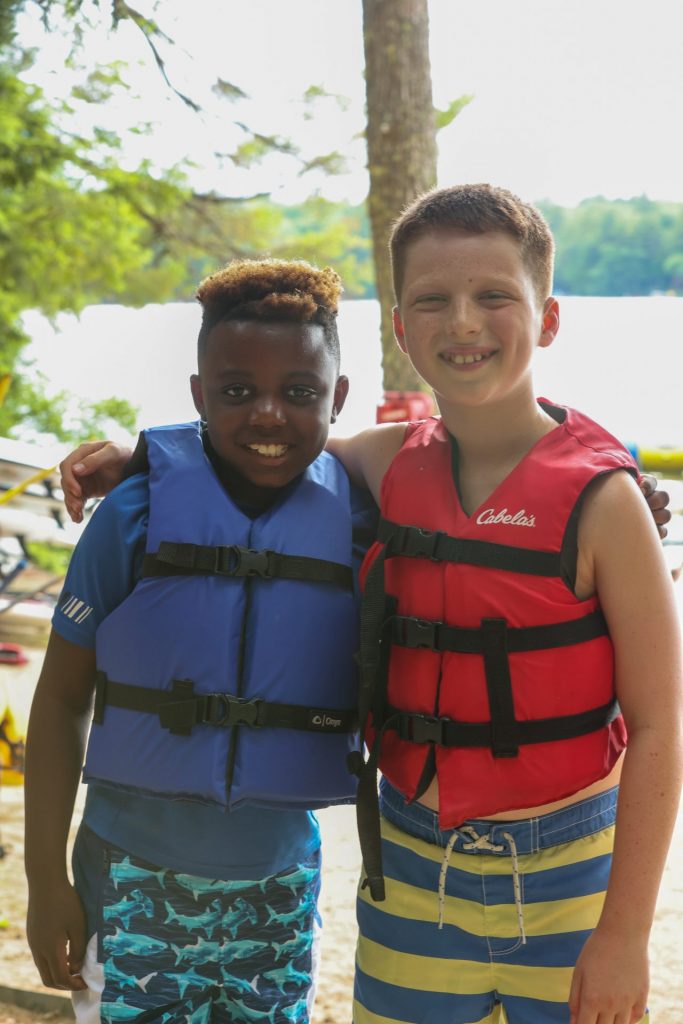 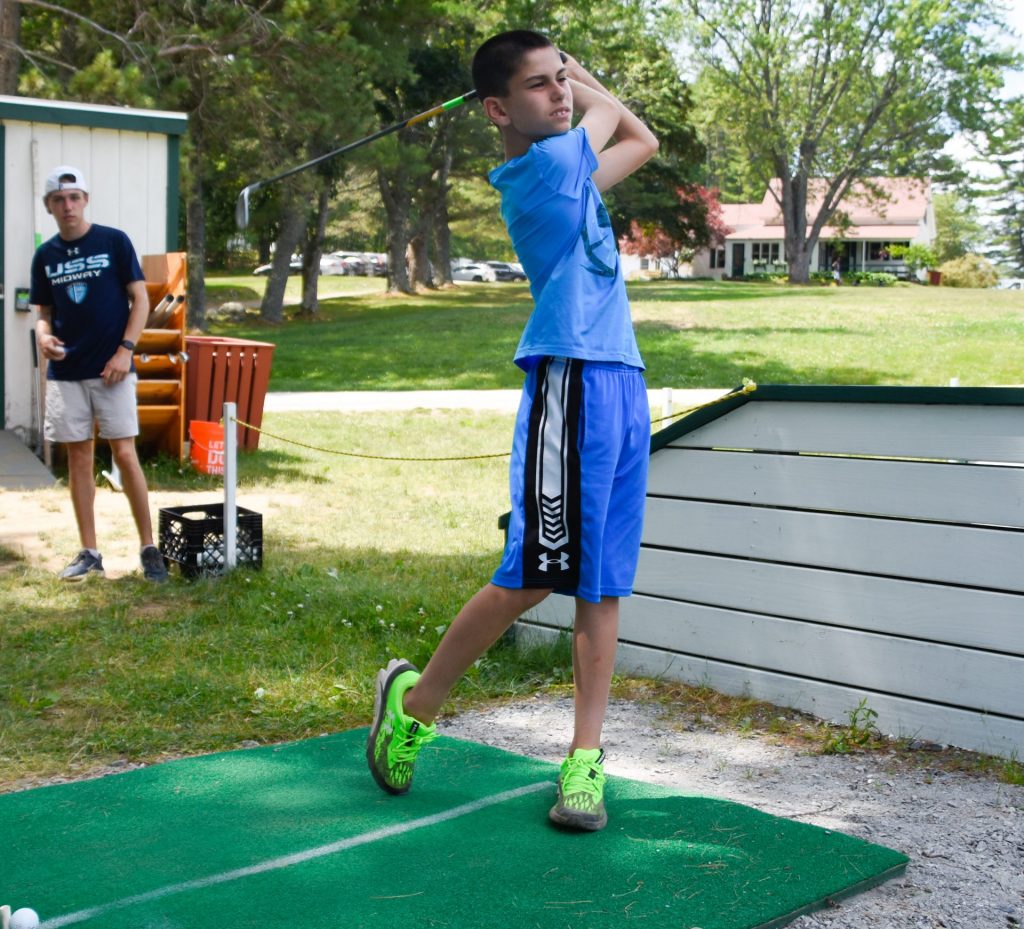 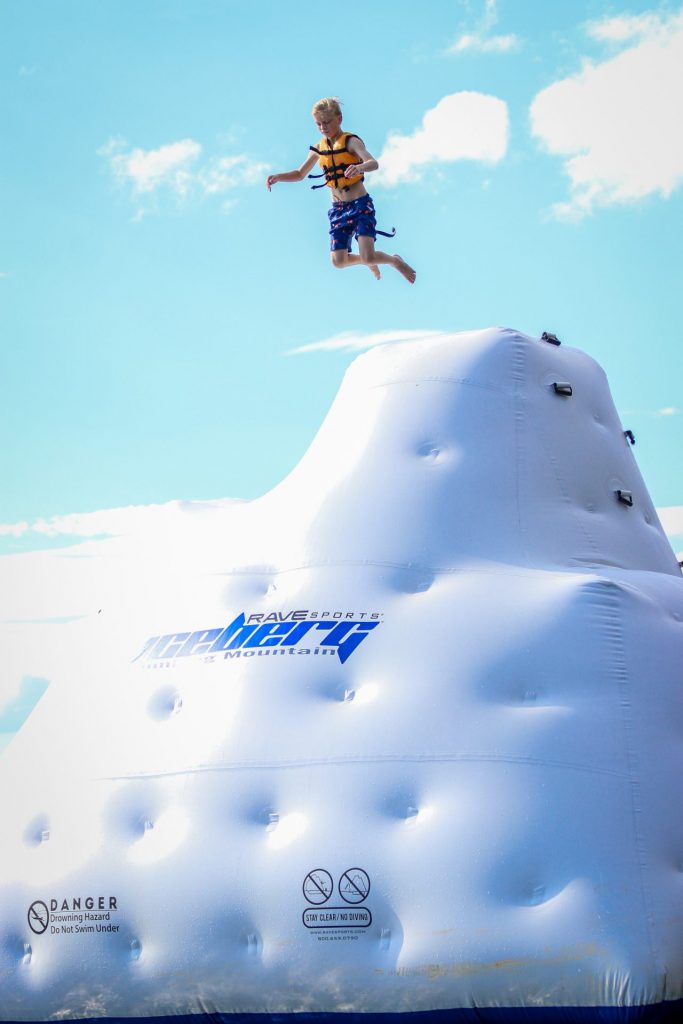 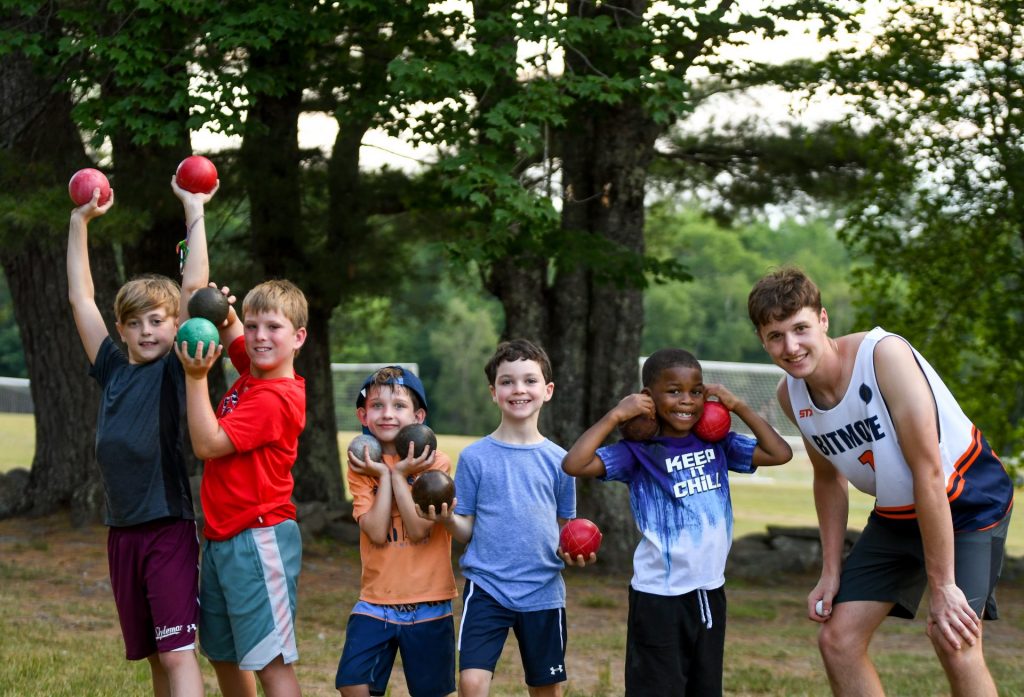 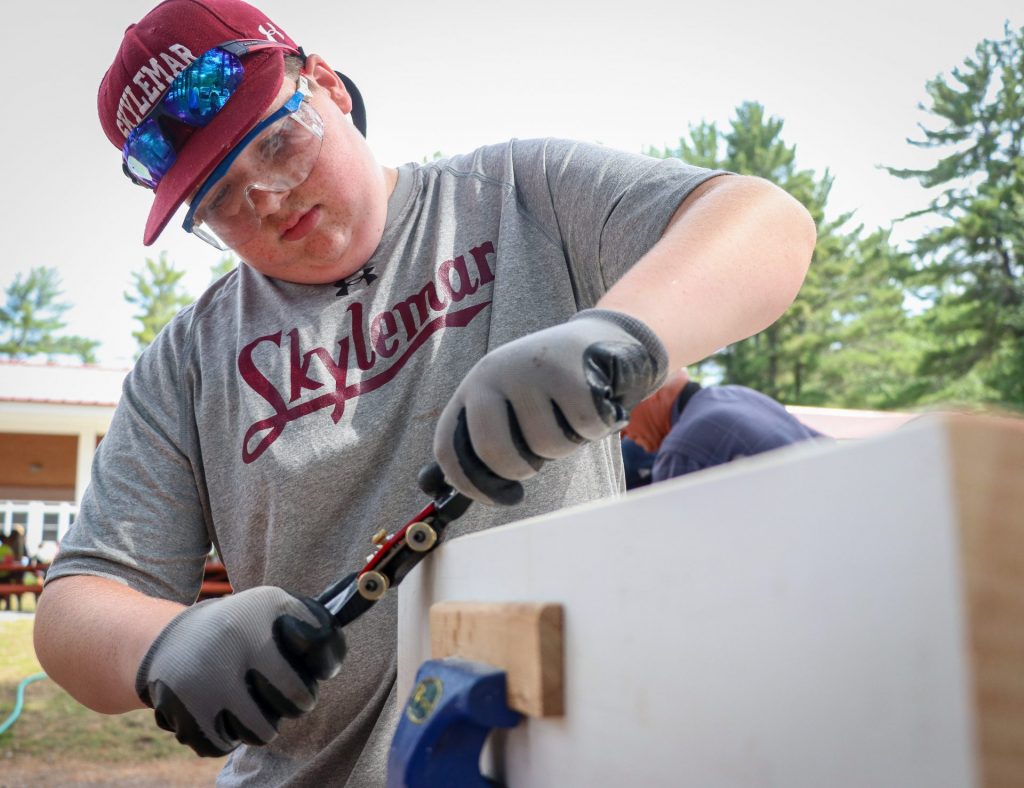 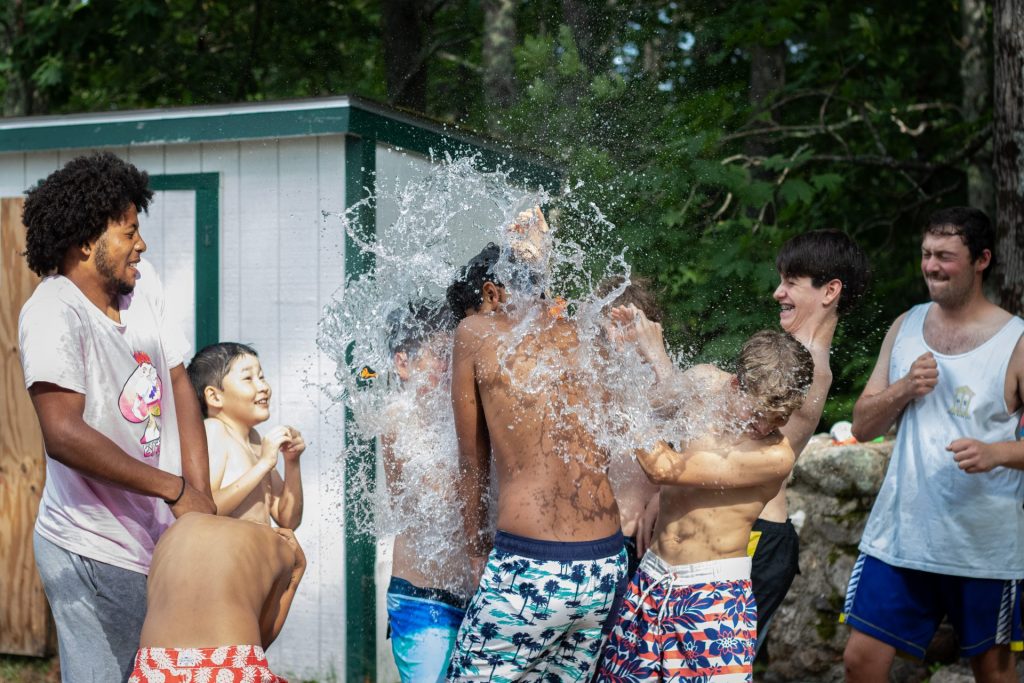 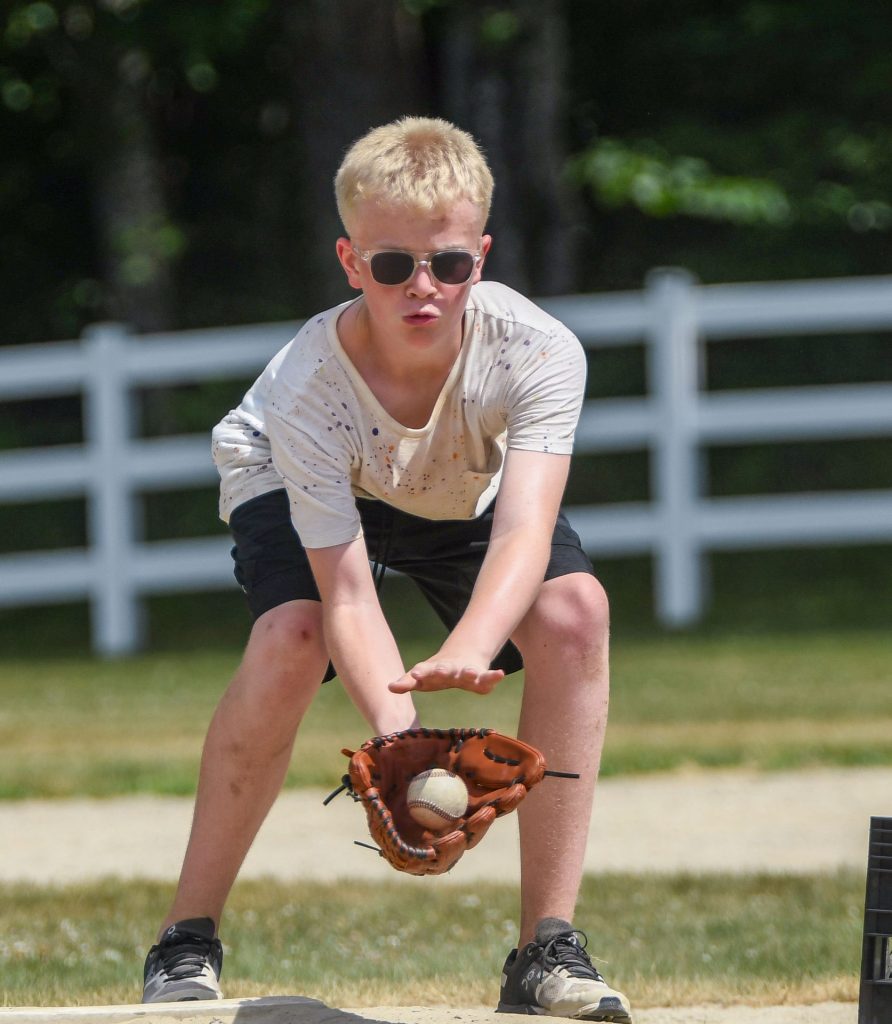 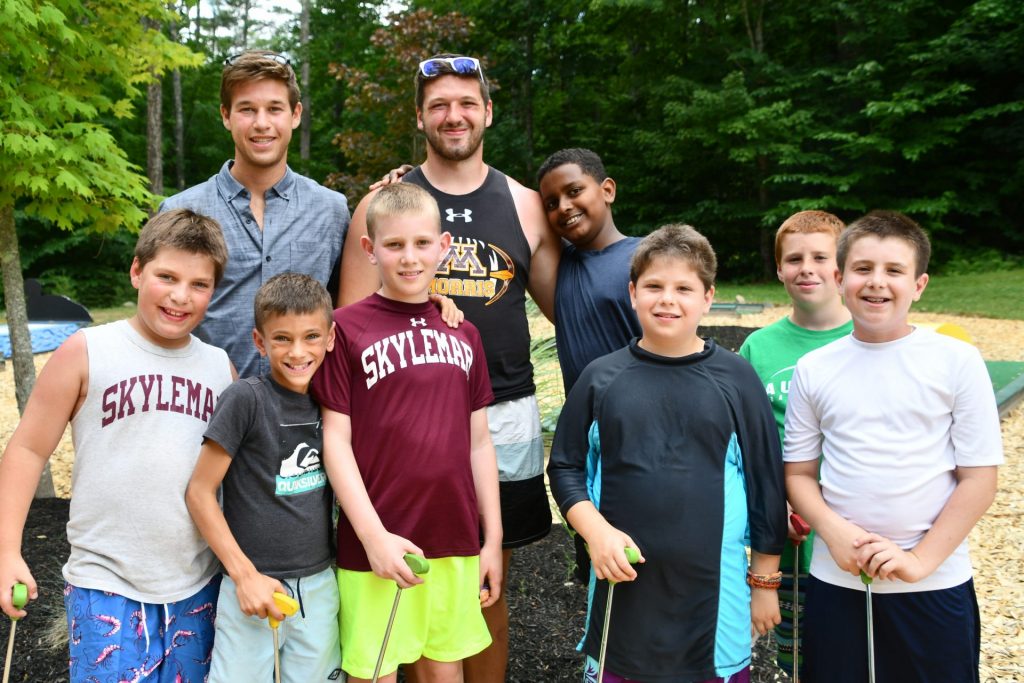 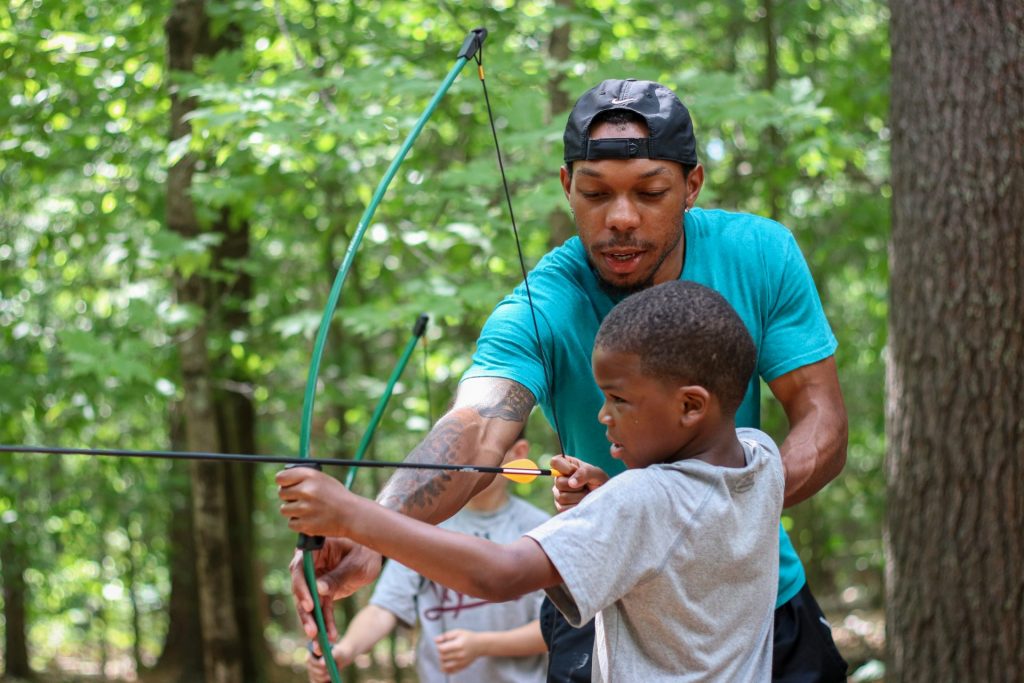 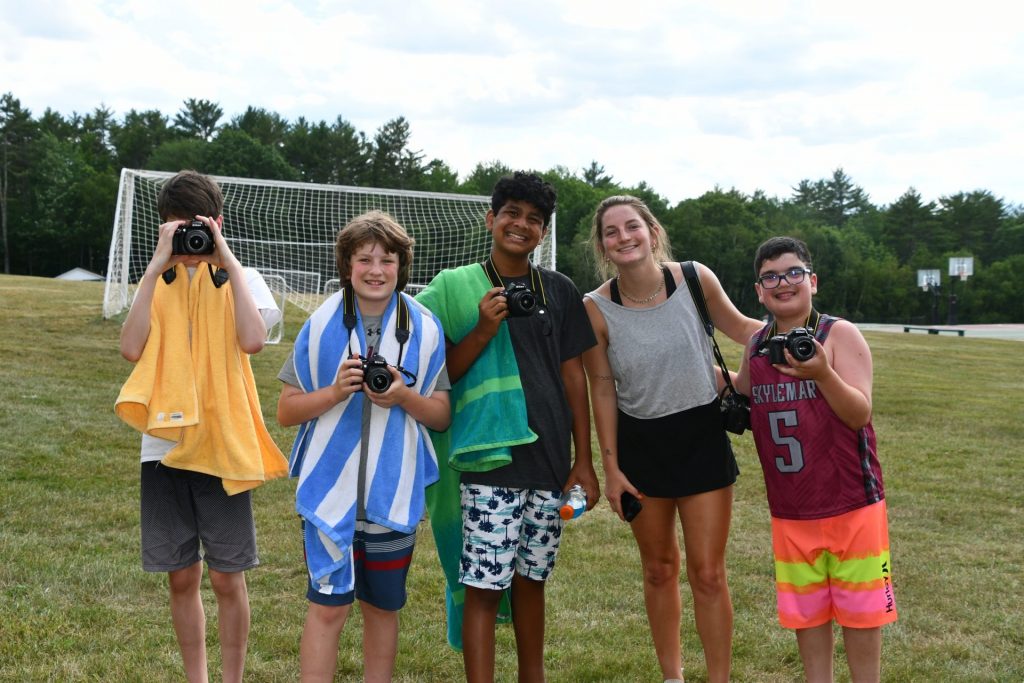 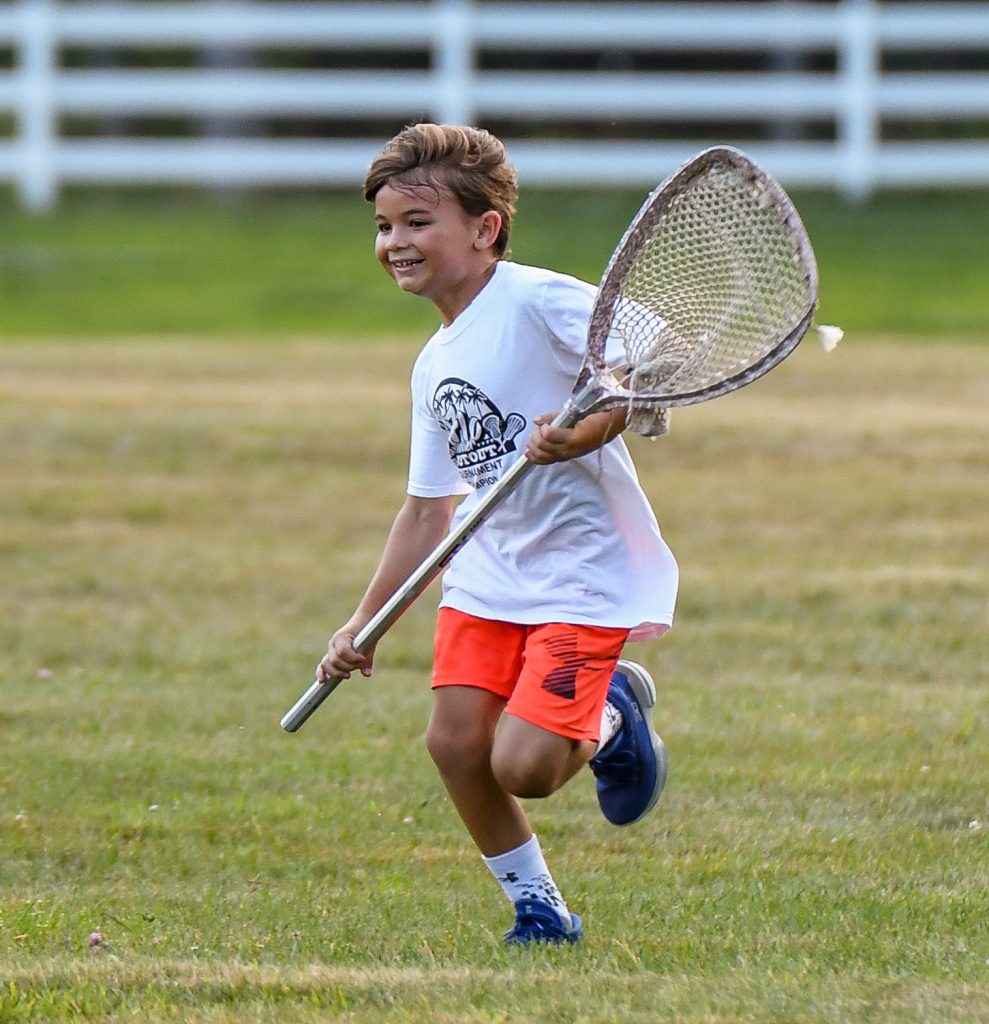 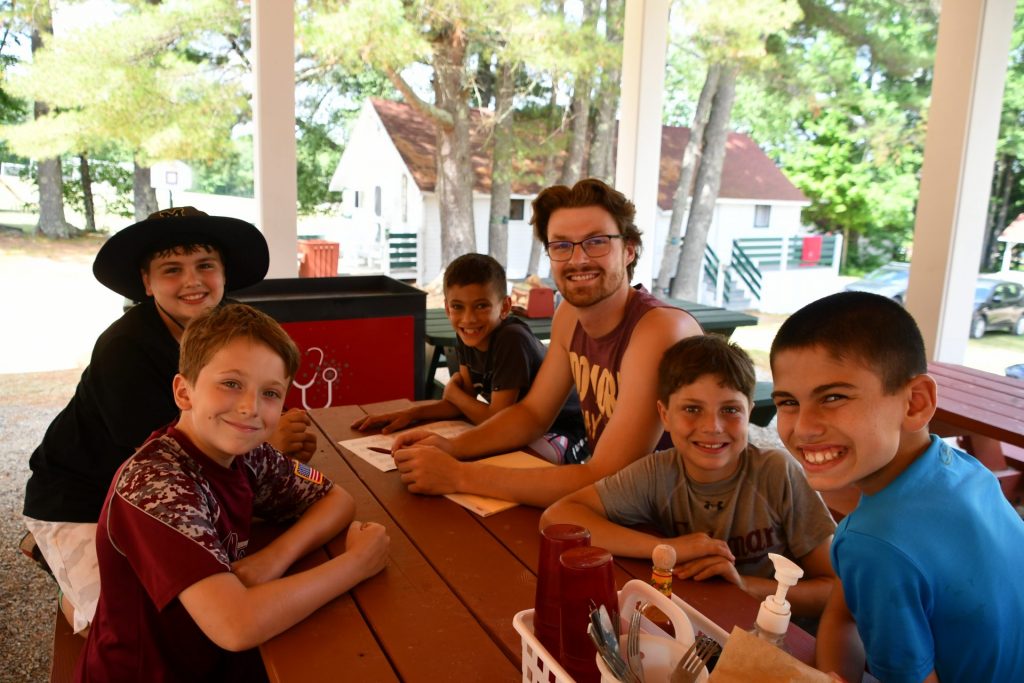 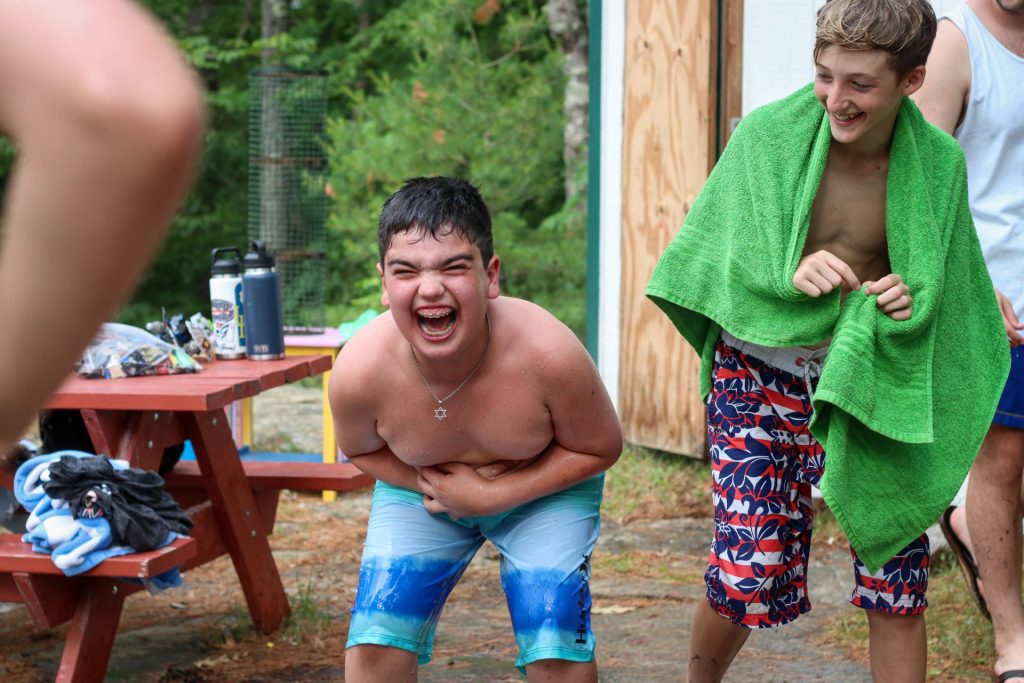 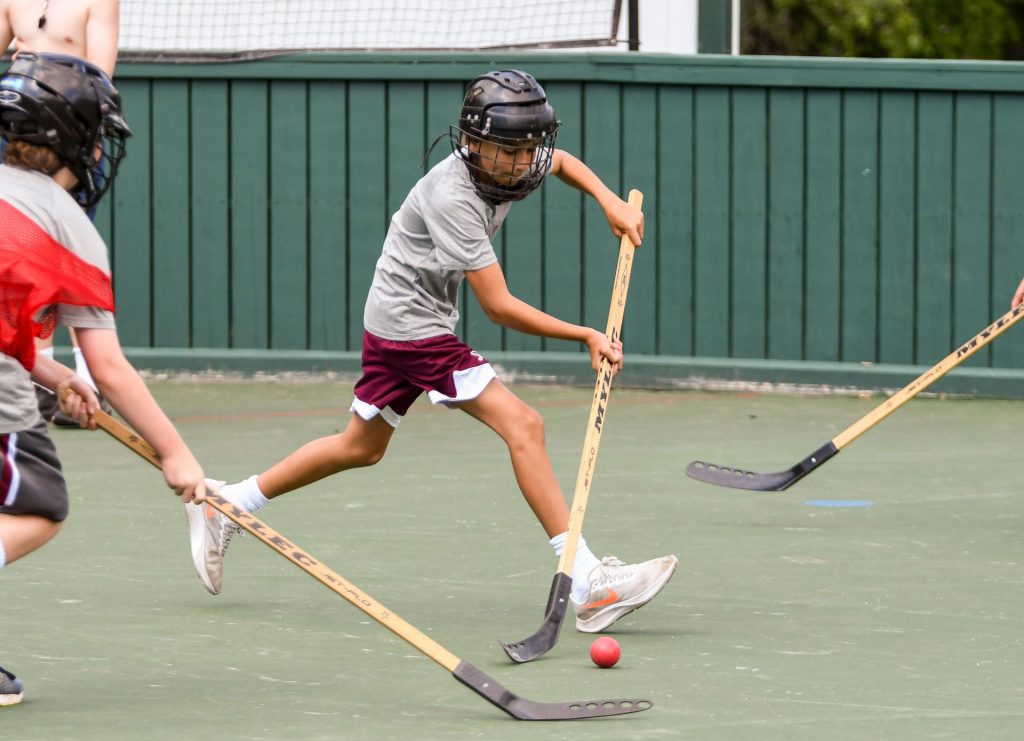 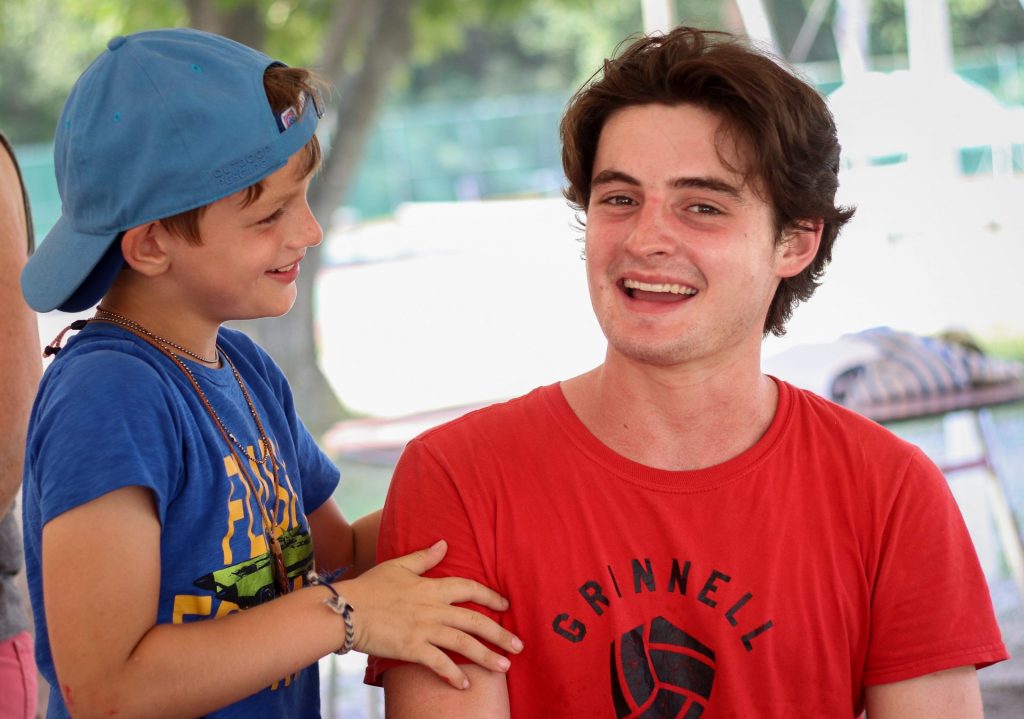 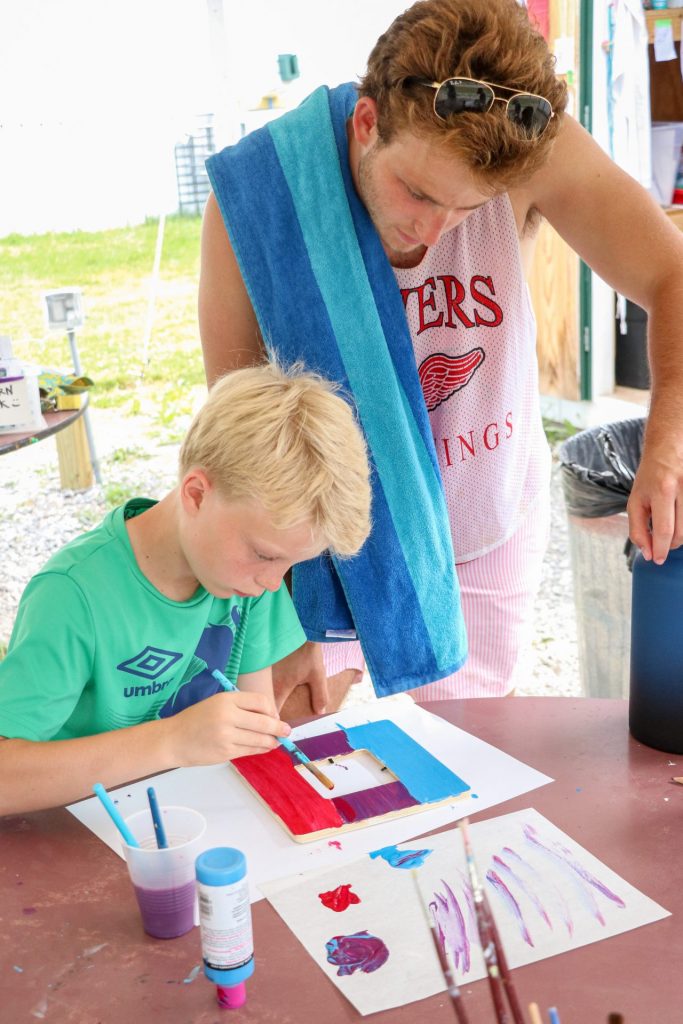 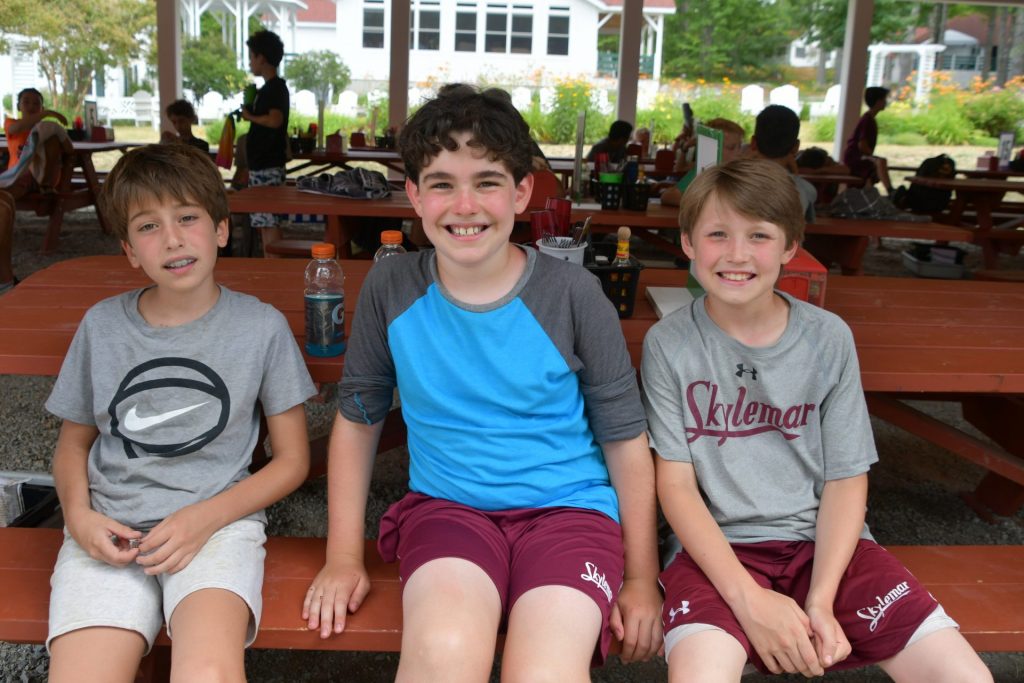 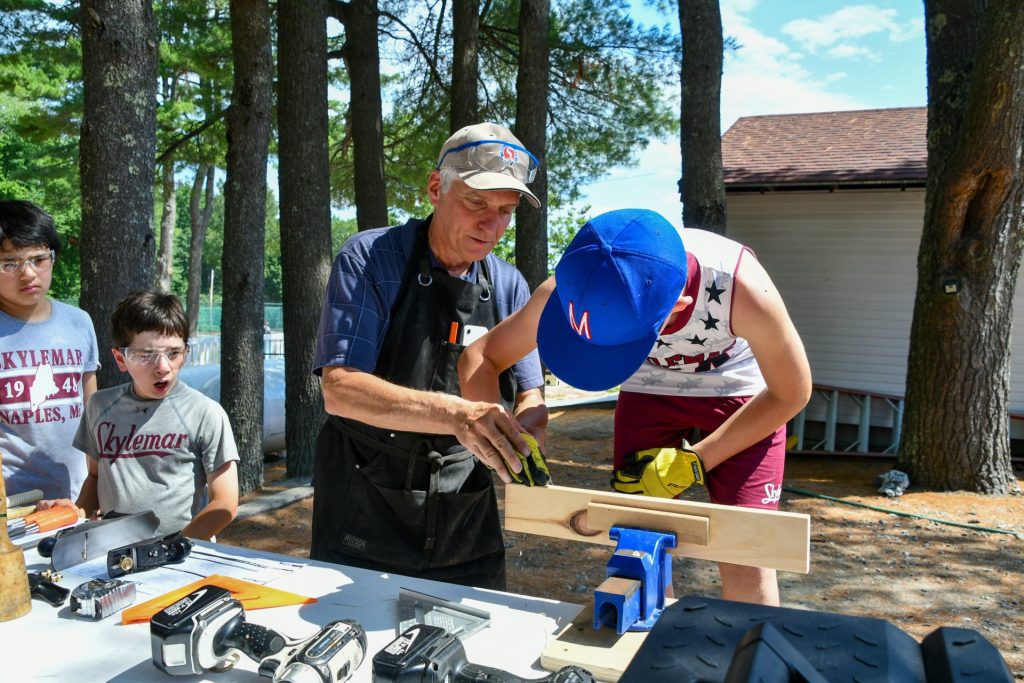 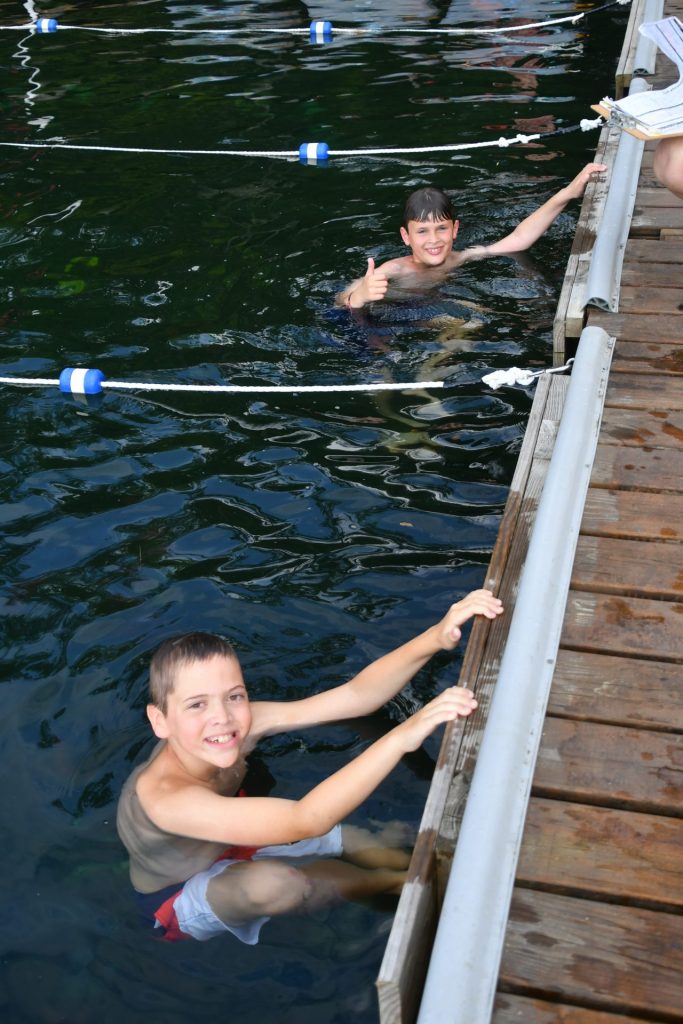 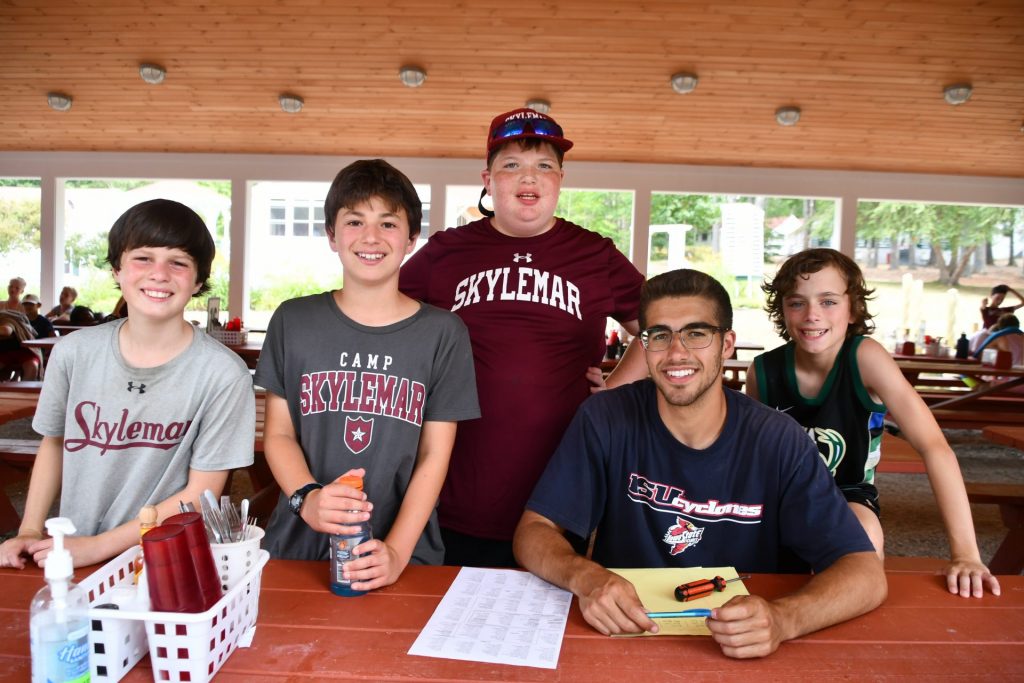 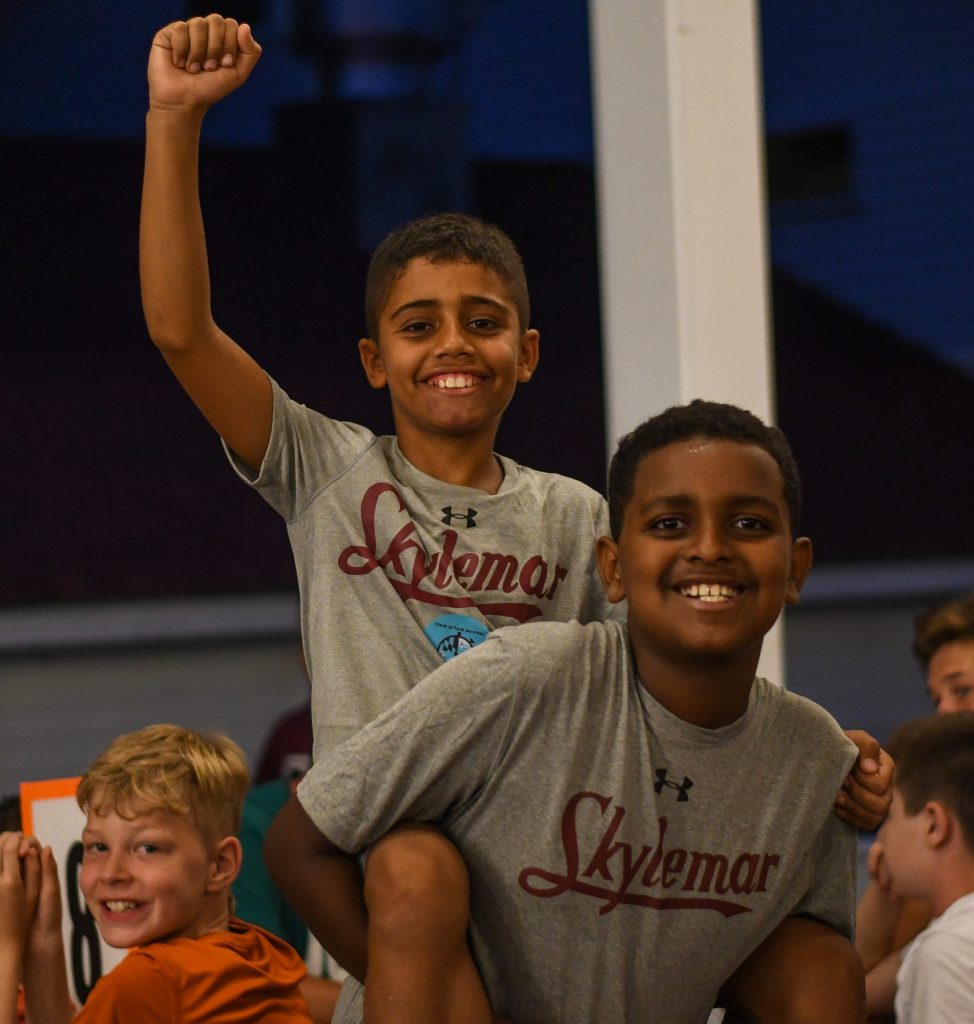 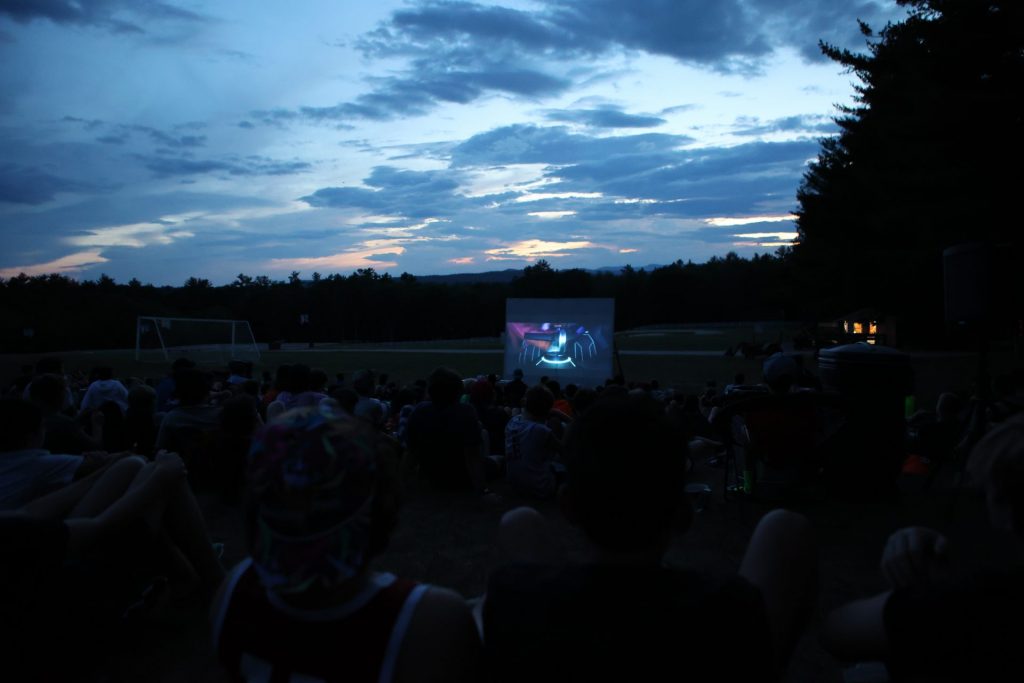 The heart is warmed a dozen times in any one Skylemar day.  Take this morning for example.  Thirteen year-old Harry H was enjoying the lake with a new friend, and they decided to race.  Harry, a skilled swimmer, swam beautifully and clearly out-performed the boy who had the idea for the challenge.   Ahead by half a length, Harry could have easily touched the dock on the other side and the race would have been over.  Instead, Harry flipped over mid-stroke and swam towards the friend.  He then flipped once more and adjusted his pace to that of his opponent.  Harry was still the victor in the end, but he made sure it was a respectable win.

Another heart-warmer was the Counselor Meeting held during Rest Hour.  We talk about what’s coming up in the days ahead, and re-visit important topics discussed during Staff Training Week (today’s topic was role modeling).  A counselor from each cabin gives a quick report about their kids.  He mentions any concerns and shares tips that all on the team should be aware of.

That’s the touching part.  Only three days in, and these never-before parents love their kids. They beam with pride as they talk about how well their boys are getting along (not realizing that it’s been less than 72 hours…).  They speak authoritatively to the others, explaining that one boy needs just a little more patience.  They teach each other the “tricks of the trade”.  For example, how do you make sure that your camper is wearing his retainer to sleep?  You shake the container.  What do you do if your camper wakes up before dawn just a little bit homesick?  According to Counselor Zach F, you take him to mini-golf.

It’s amazing how well the campers and staff are tolerating the heat wave.  Today’s schedule included sports played at half-speed, as well as less athletic activities like Cool Tools.  That’s when Bruce, a brilliant plastics engineer who’s here to inspire the boys, teaches them about hand tools for woodworking.

Drive-In Movie for Evening Activity.  The whole camp watched the giant screen from the Bunkline, relaxing on sleeping bags, under the stars.  Popcorn, candy and a couple hundred friends.  What could be better!

“It’s a place where we feel and felt instantly at home, and so did our son.”

We are active, hands-on parents, but know that there are certain phases in our children’s life that they need to learn and experience what life is like outside the nest. Nowhere is a better test ground for that then at Camp Skylemar.