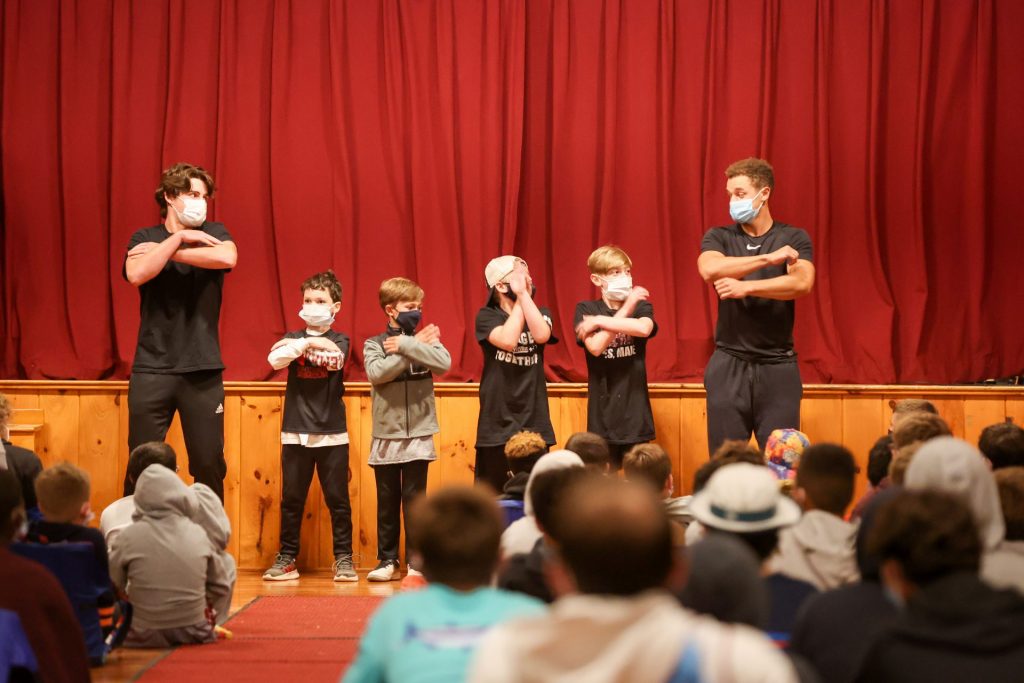 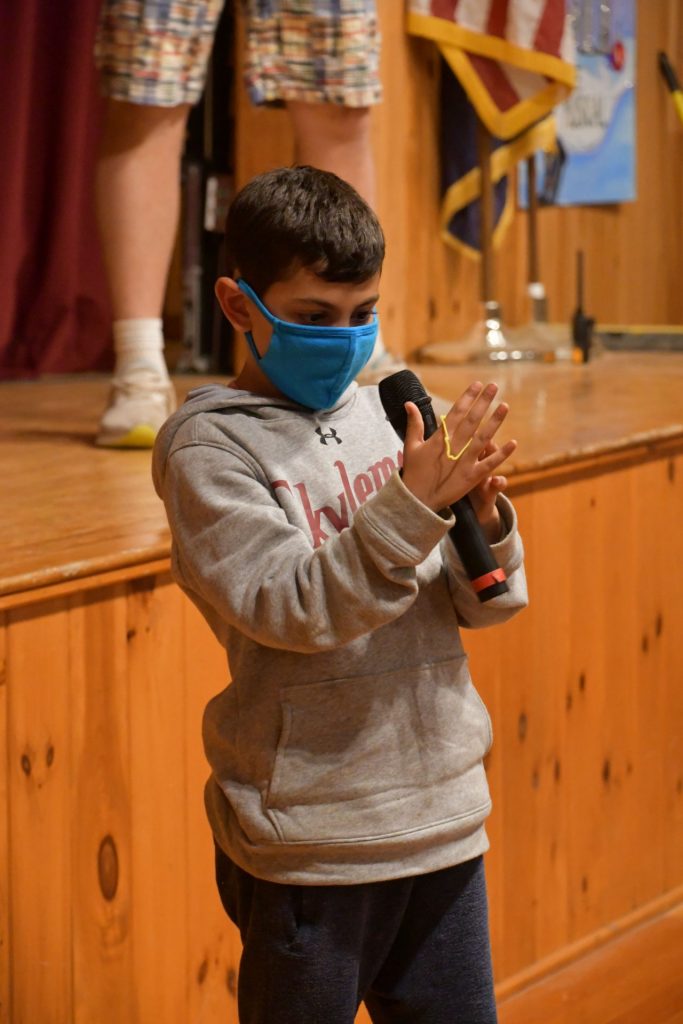 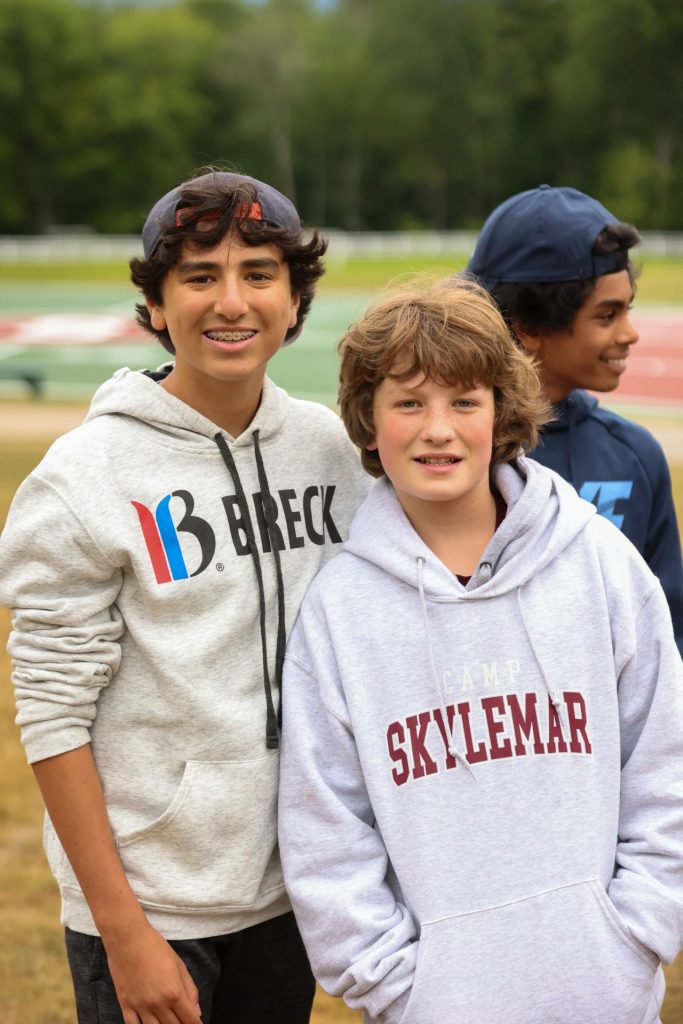 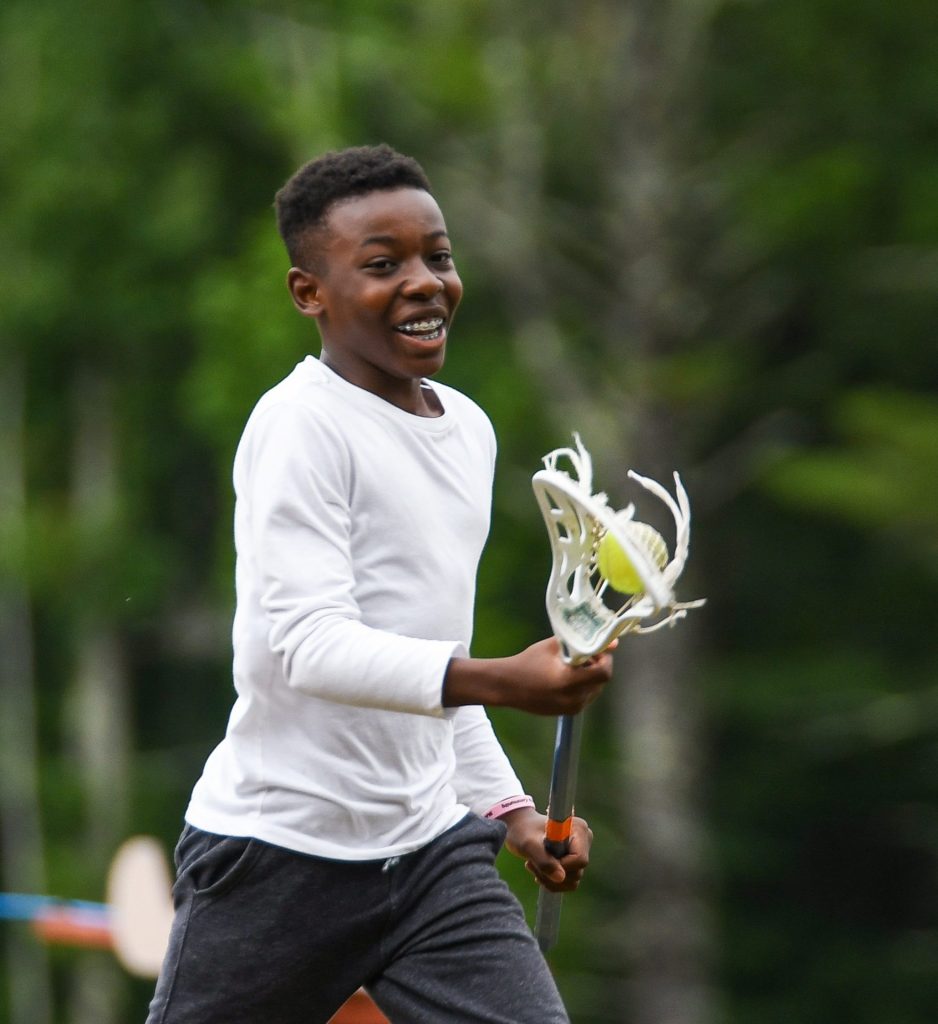 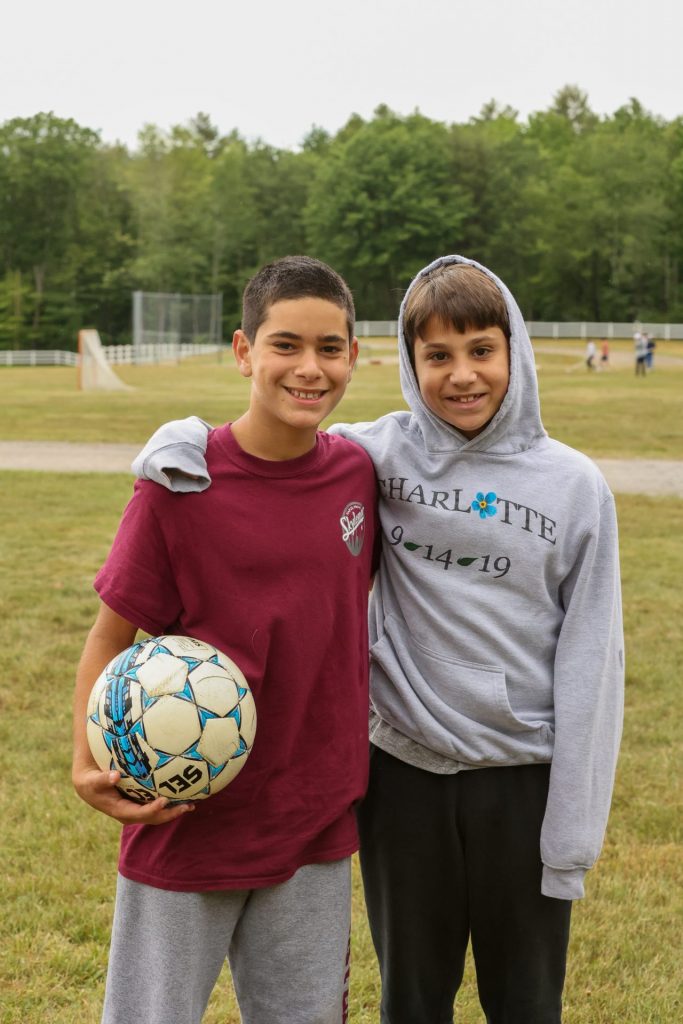 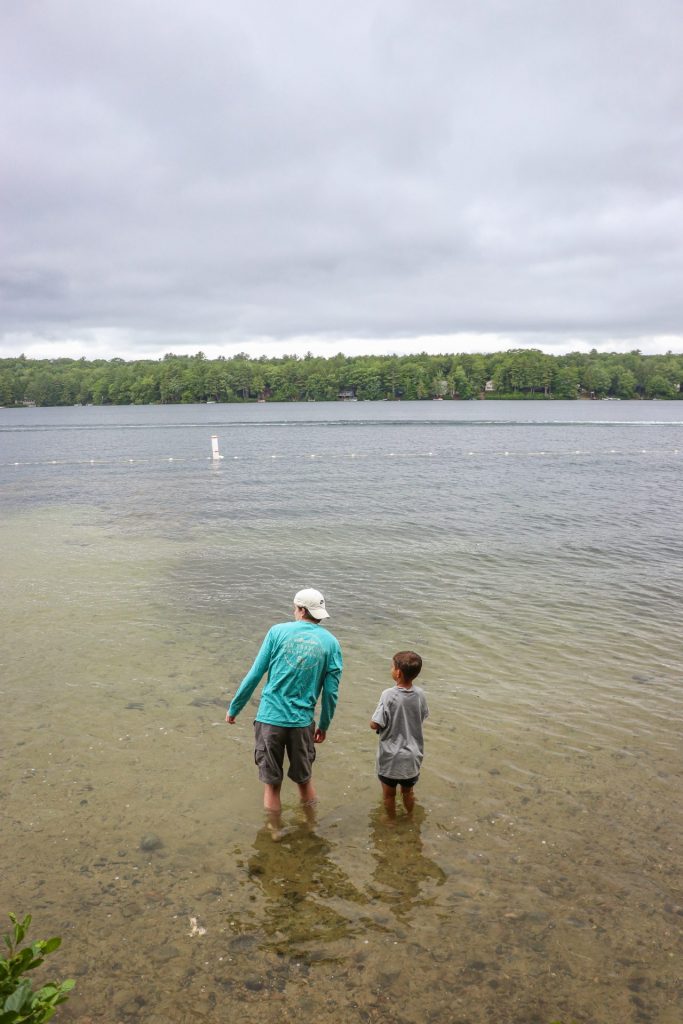 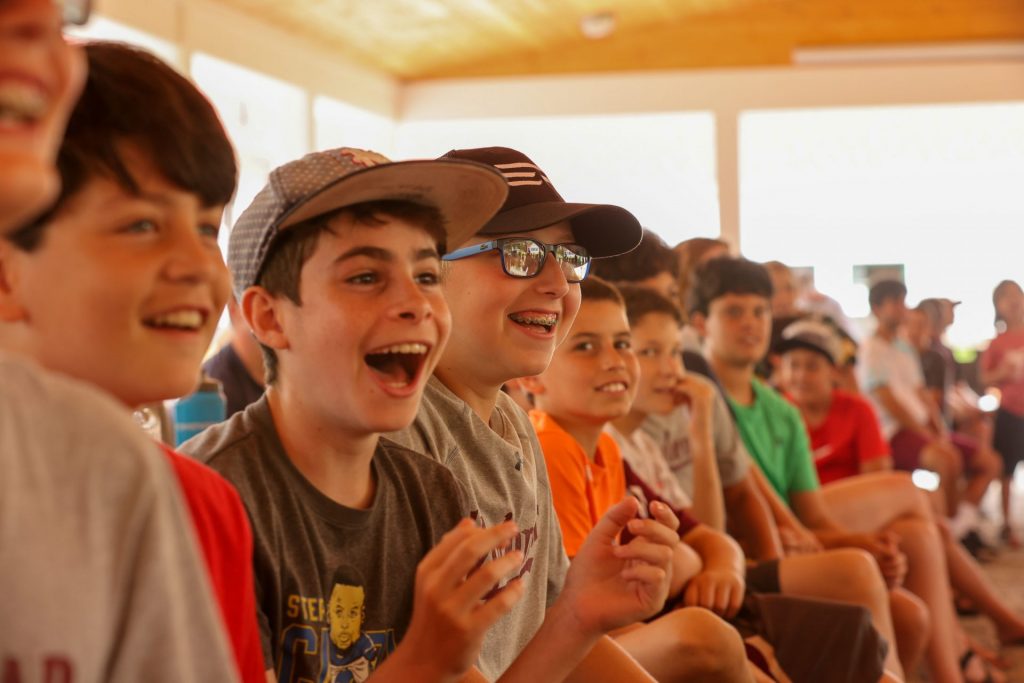 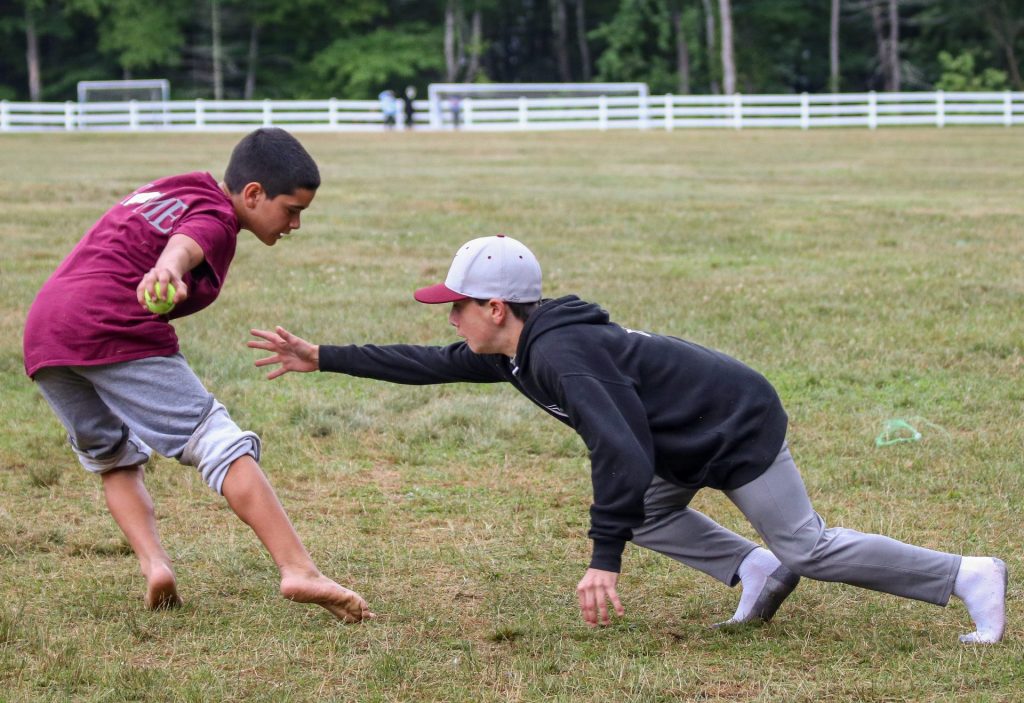 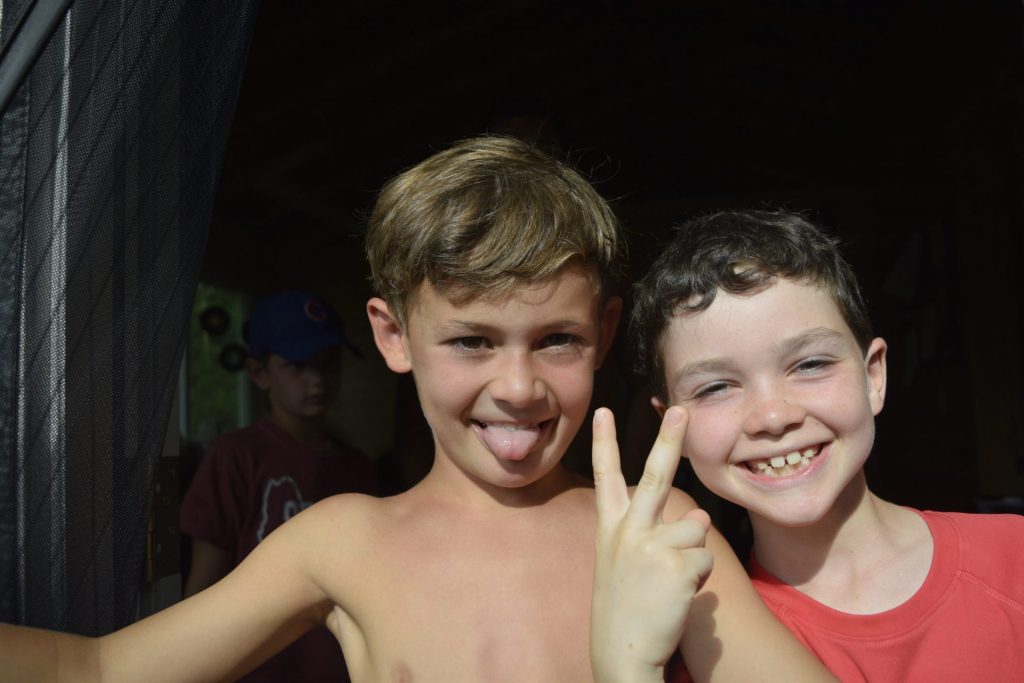 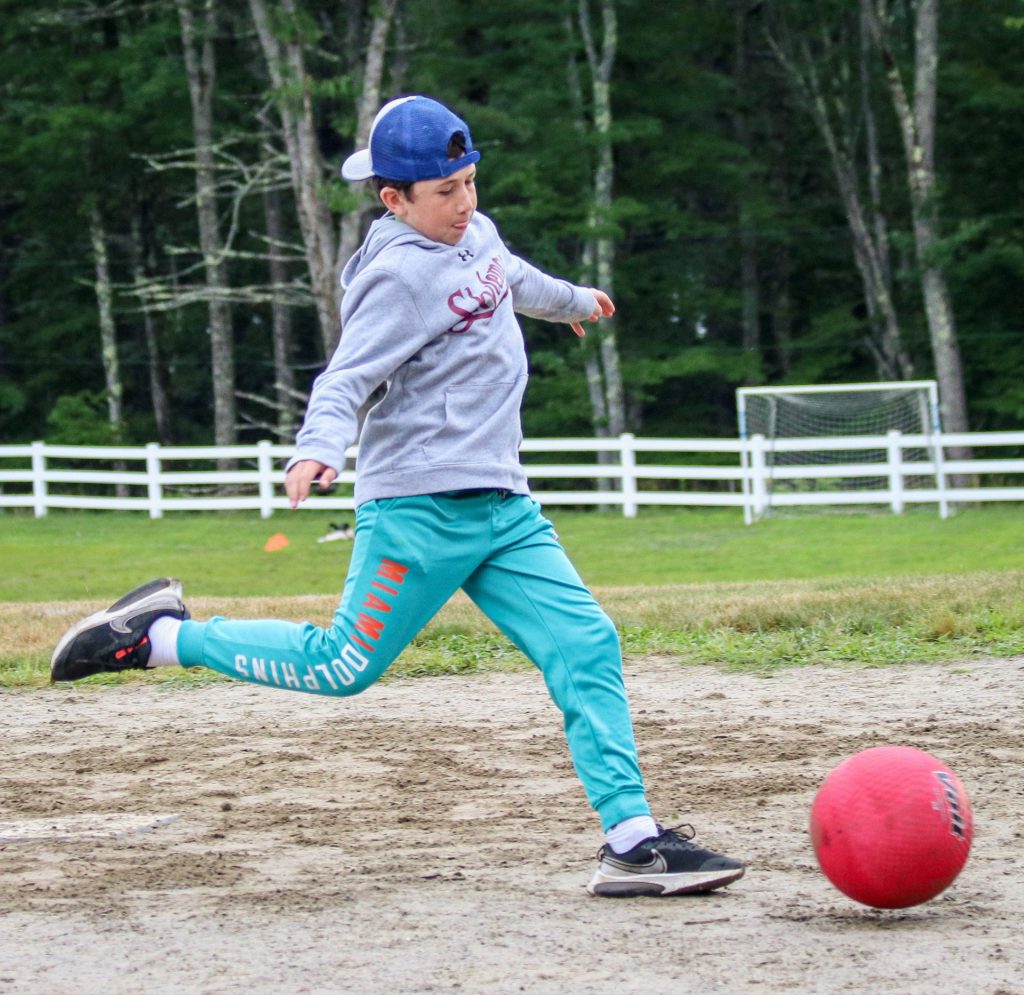 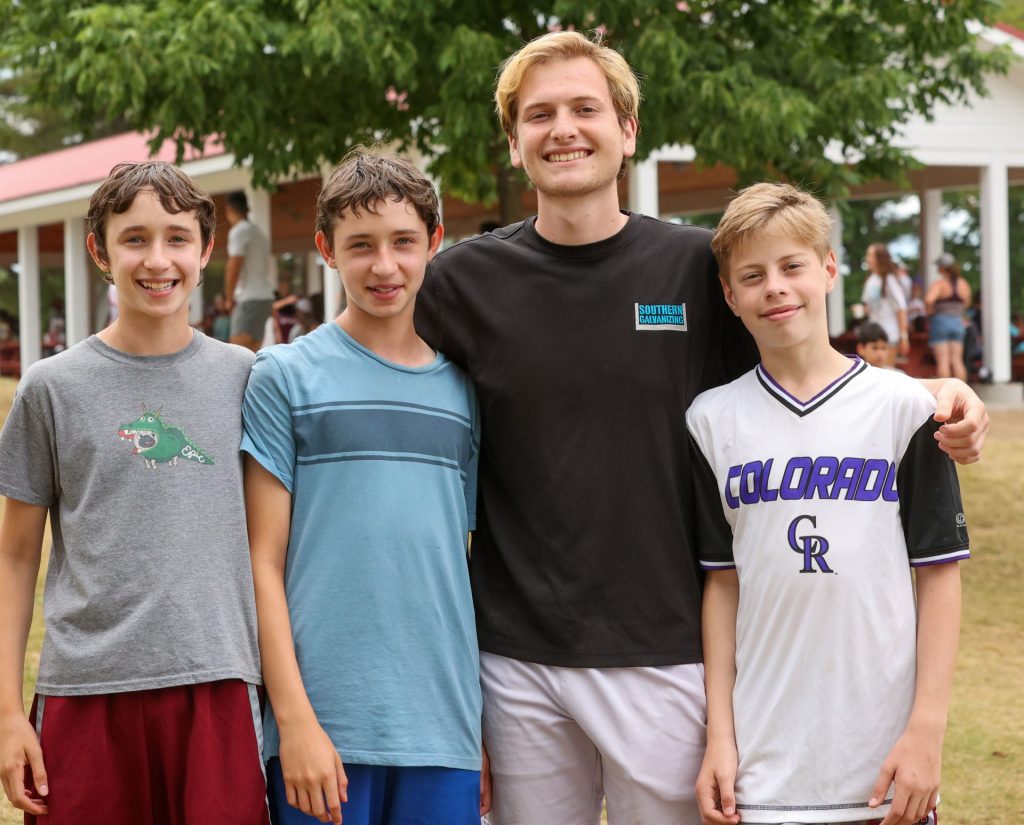 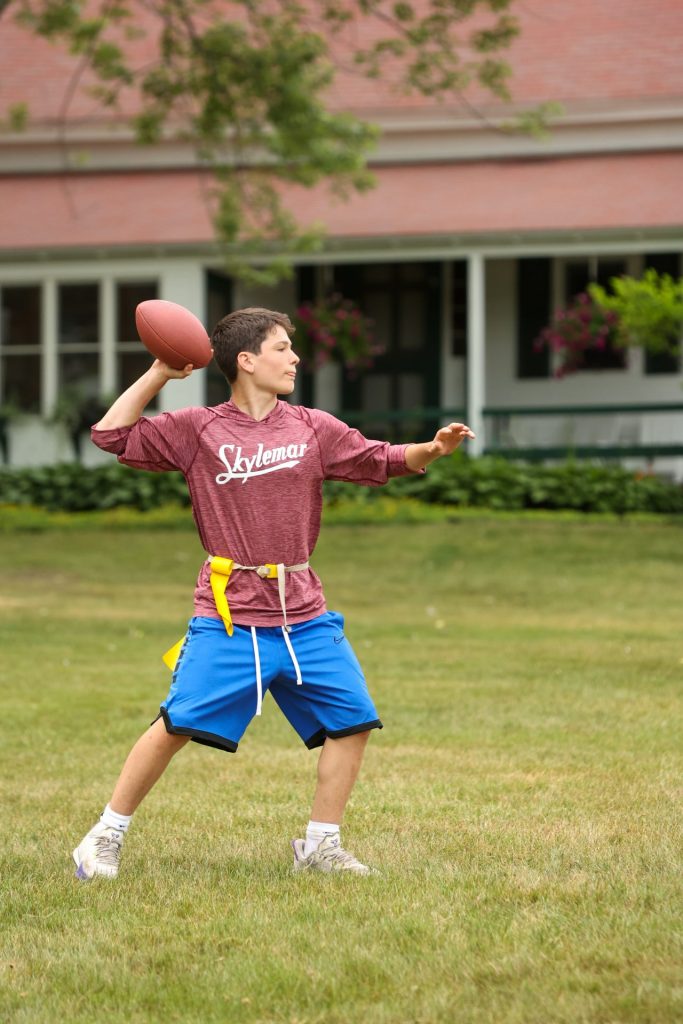 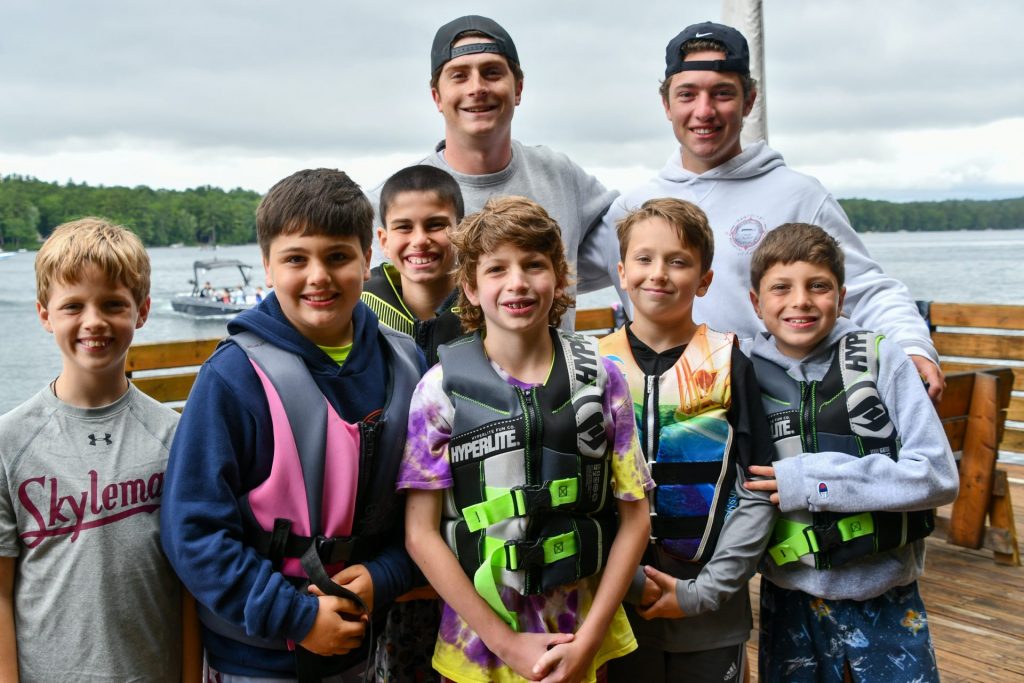 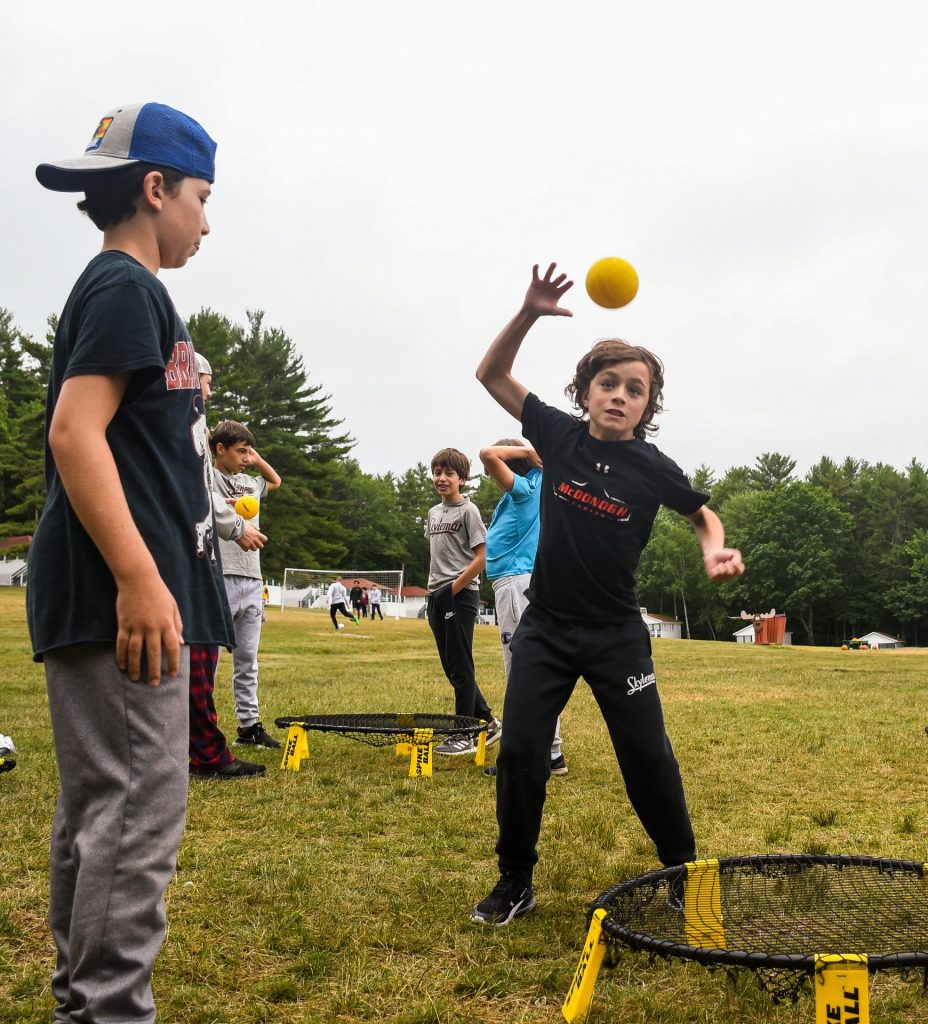 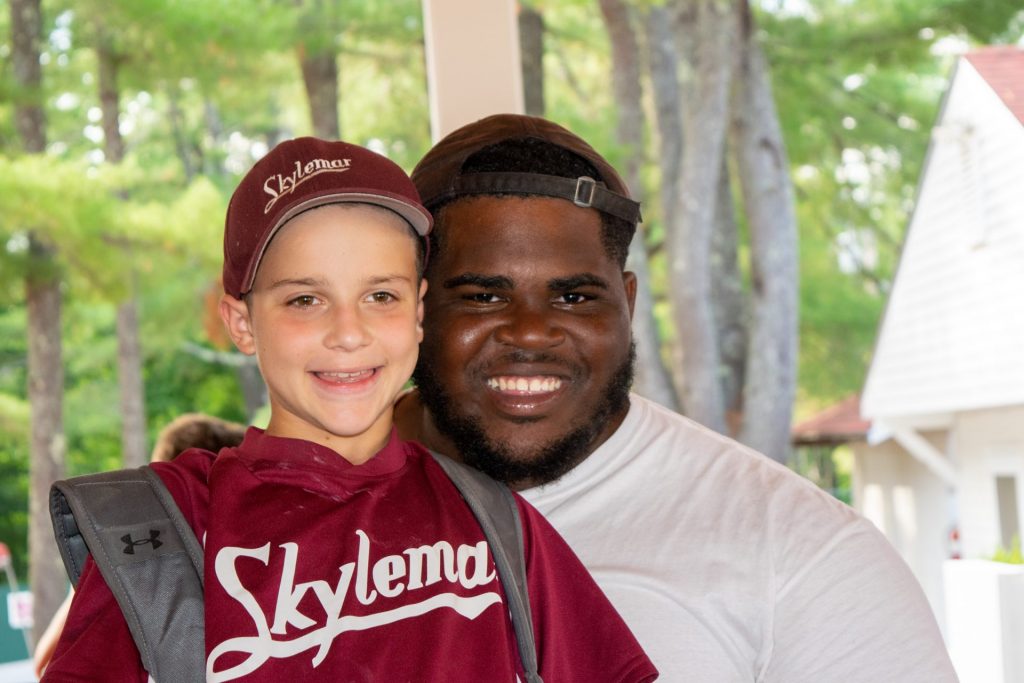 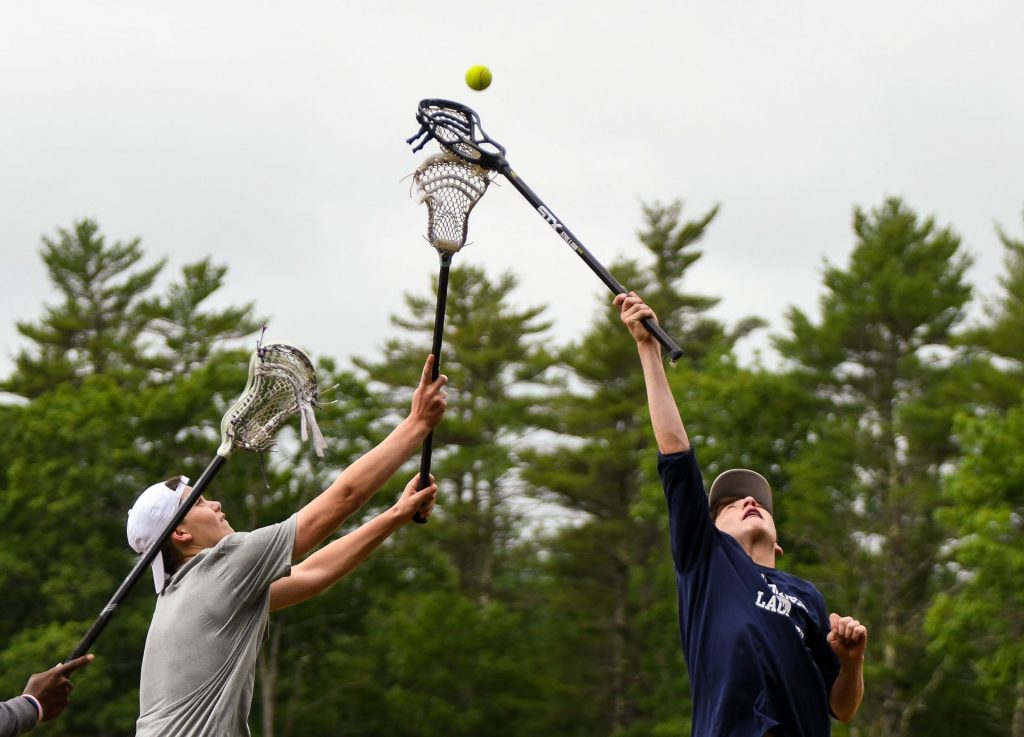 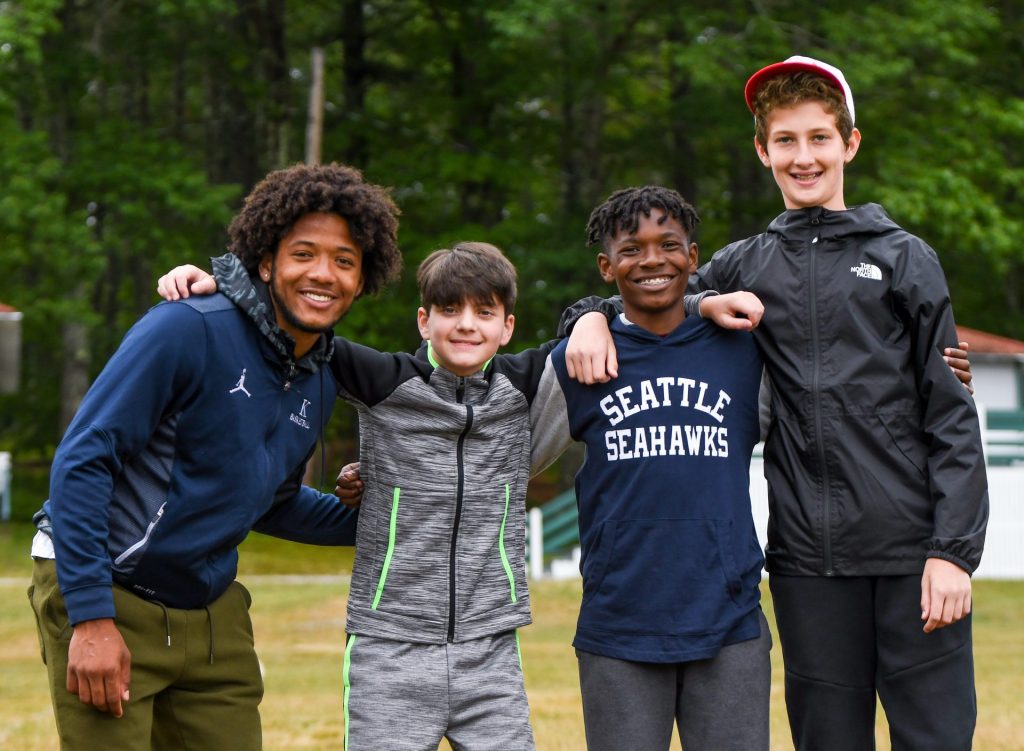 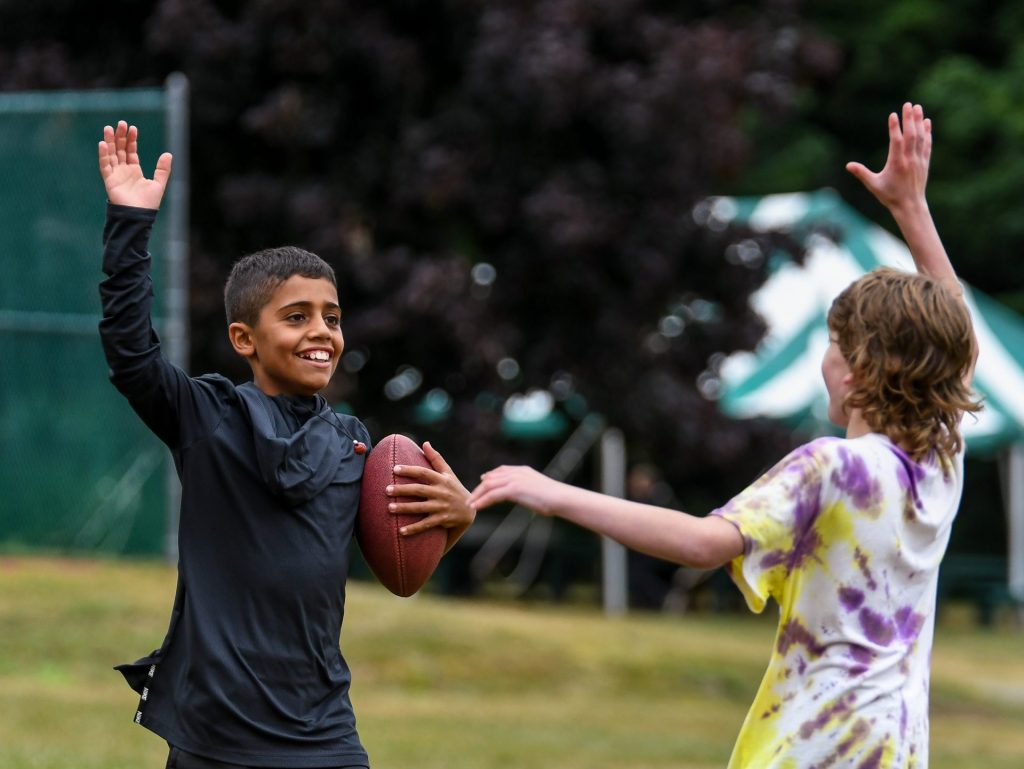 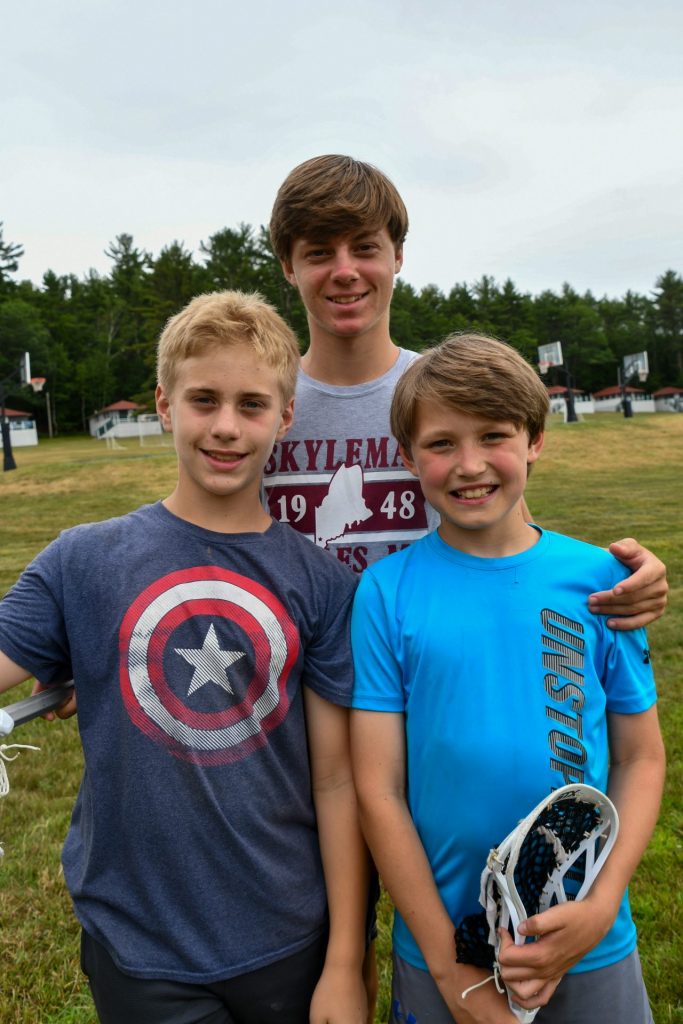 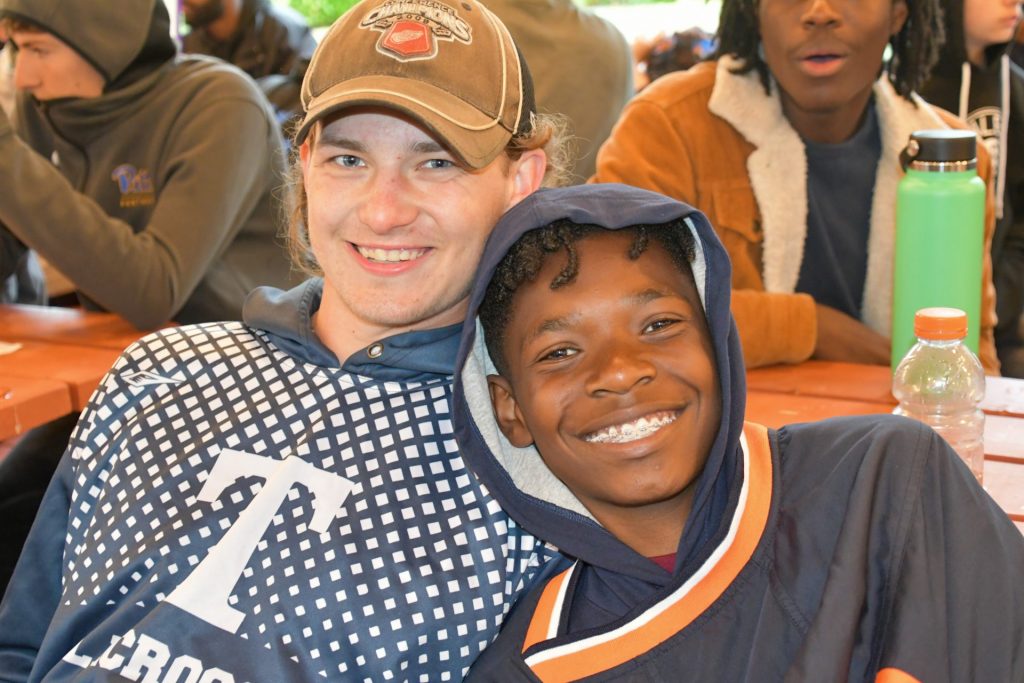 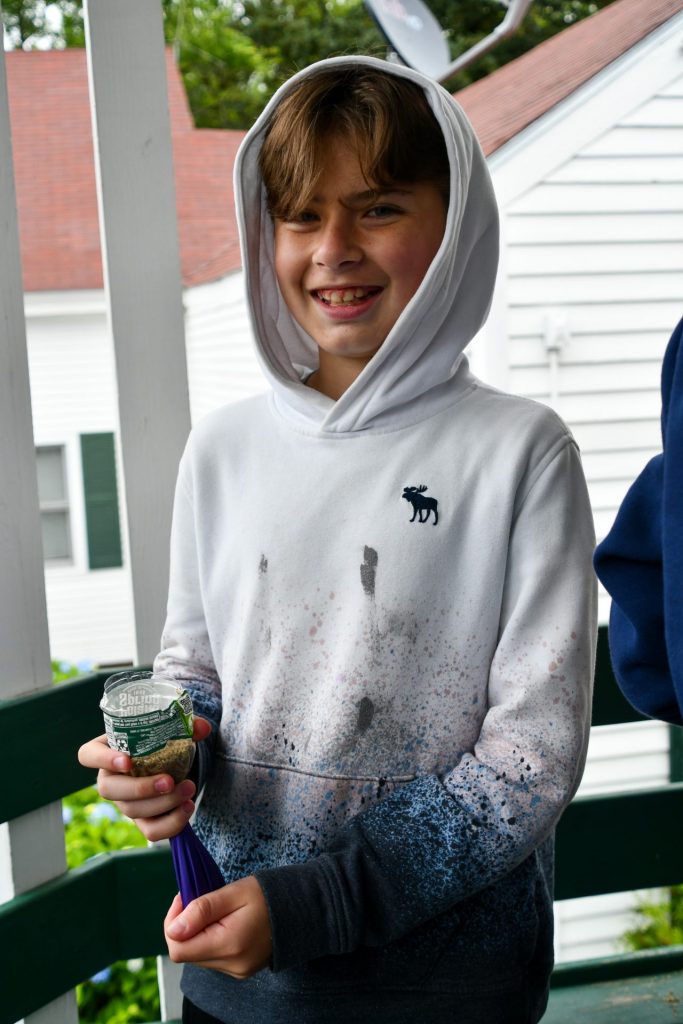 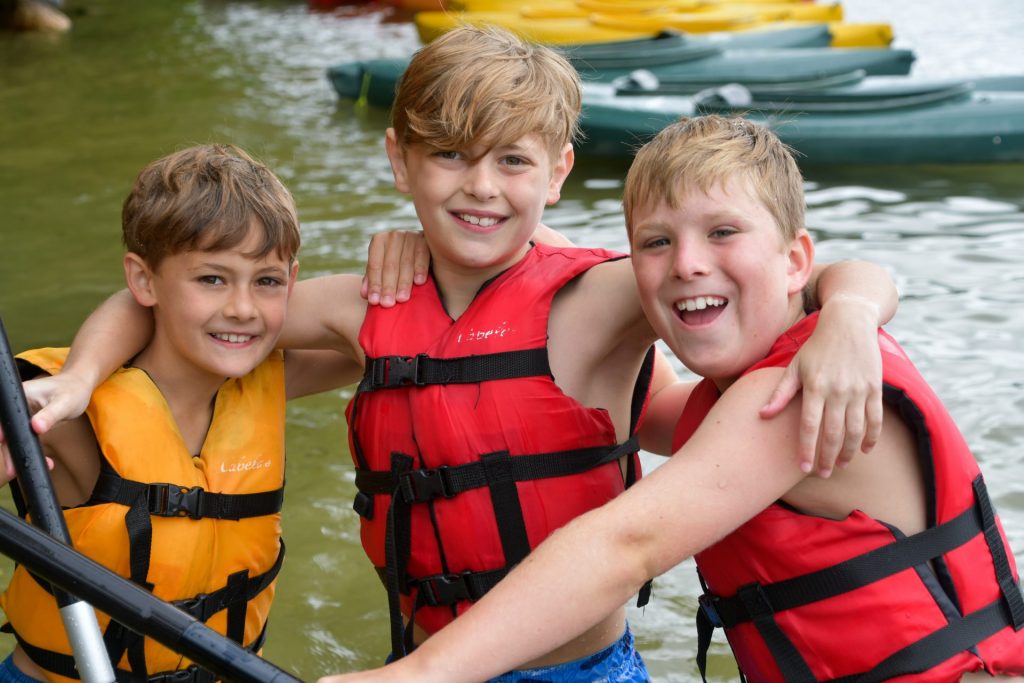 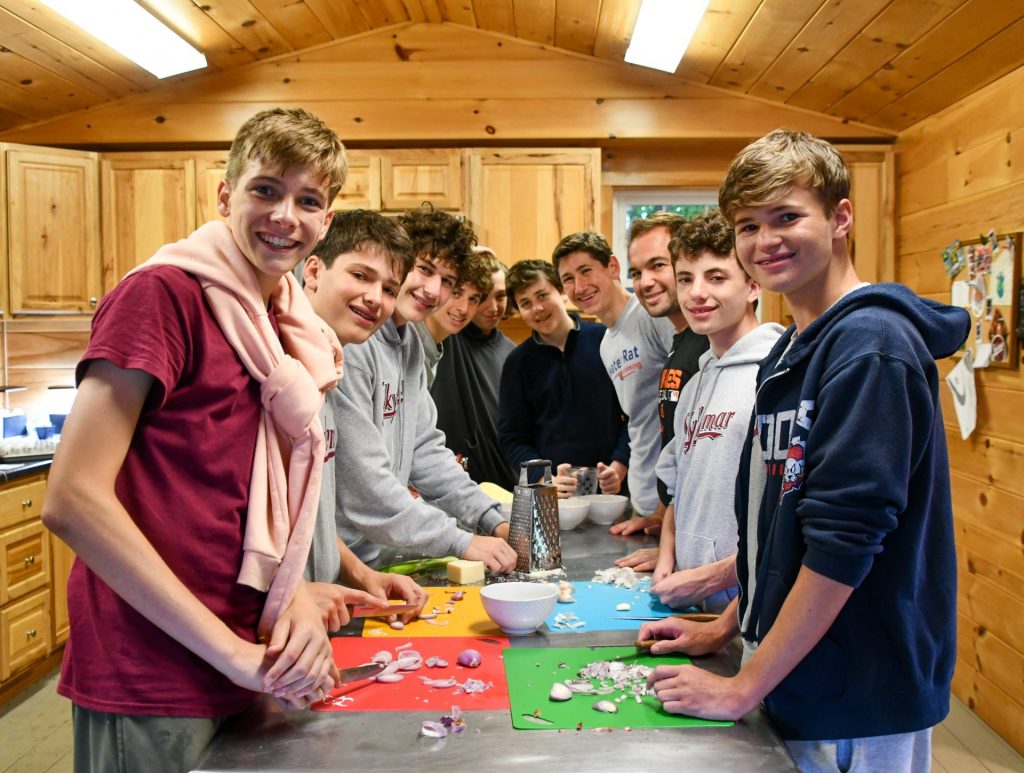 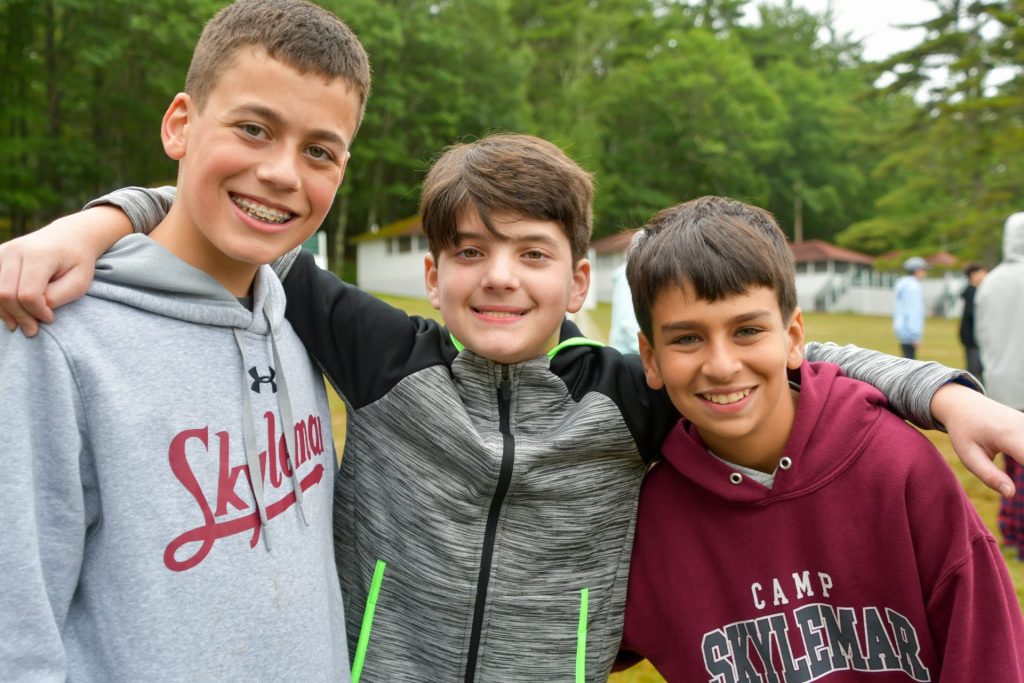 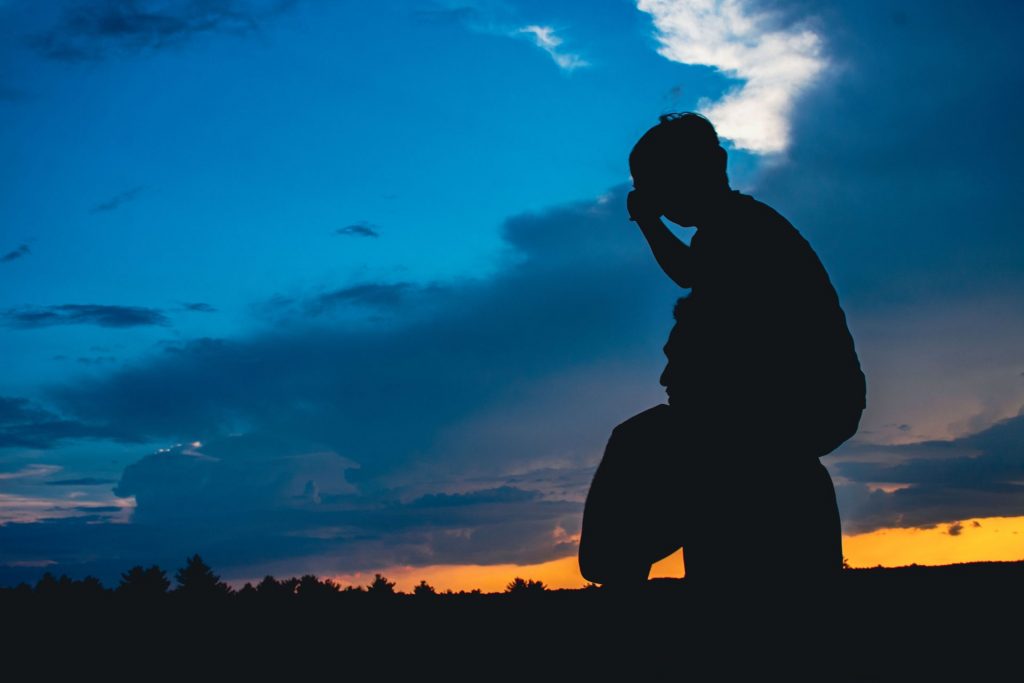 The Skylemar Talent Show is far more important than entertainment. For those who perform, it’s about taking a safe chance, being willing to make yourself vulnerable, and building confidence.  For those in the audience, it’s an opportunity to demonstrate Skylemar warmth and brotherhood.  At the Skylemar Talent Show, we are united as a powerful force of joy.

The weather was downright cold.  We thought about having everyone bring sleeping bags and using the outdoor stage and front lawn as usual for the show.  The damp drizzle put the kibosh on that plan, so instead we chose the most loved building at Skylemar…the Rec Hall.

All wore face masks, since only half of Skylemar is vaccinated.  Nevertheless, there was something about being in this 100 year-old building together that made the vibe just right.  Cubs in the front...through to the Stars in the back.  These “old men” of Skylemar (age 15) set the respectful and supportive tone.  Tonight they did not disappoint.

You see some who perform have talent, and some not so much.  Some are bold, while others are timid.  Some acts are silly, and the audience isn’t sure what’s going on.  It’s the self-proclaimed tradition of our oldest campers to make sure the audience is “shushed”, and no matter the act, each is cheered, and they make the performer feel extra great.  Their love waves are contagious, and we all feel the sense of pride that a parent does when their kid is on stage.

Dylan J (Bunk 16) bravely kicked off the night with some excellent breakdancing.  Dash H (B1) played the piano.  Two fingers! Spencer B and Cooper F (B9) did a dunk shot routine; Jack L (B13) recited the digits of pi and Bode (B14) did a standup comedy routine.

Thomas L (B8), Oscar LR (B9), Jordan G (B9), Bronner (B8) and Balty (B5) each did magic tricks.  Ryder (B14) even built a special box to make himself disappear.  The audience loves when a magician asks for a volunteer.  “Meeeeeee!” they all cry, with hands in the air.

Zayne M (B24) wrote and performed an awesome rap about Skylemar.  Coop E (B8) played an original song on the piano that he composed.  Nate C (B20) rolled around inside a bongo-bag.  Amir (B7) did some impressive yo-yo tricks.  Eli D and Jake P (B8) sang some kind of really high-pitched song and Bob (B21) did his annual “Bobservations” (i.e.  “There are 5 doors in this building”).

Jagger (B5) said into the mic, “Hey, guys, I’m gonna paint with my eyes closed.”  But he forgot to tell Suzie that he needed a canvas before the show, so she had to come up with something quick.  A white board and dry erase marker did the trick.  Eli W (B1) did a rubber band trick with his fingers, and Dash L (B3) told some jokes.  Luca F (B5) spoke Spanish.  Xander E and Aidan R (B17) did an "improv".  Theo and Jake (B10) were all-stars with the diabolo and devil sticks.  There were a few other hard-to-explain silly skit-type things as well.

The crowd was patient and encouraging.  Lots of laughter, cheers and standing ovations.  All participants got to grab a surprise from the special “laundry bag of prizes”.  Those lucky enough to win got the most coveted gift of all:  a Skylemar staff shirt that’s way too big!

“The Skylemar experience has been a tremendous gift for our family for many years and we thank Lee, Herb, Arleen, Shep, and their family. The bonds made at Skylemar, the lessons learned, and the friendships developed are powerful and lifelong. It is, quite simply, the greatest group of guys in the whole world.”