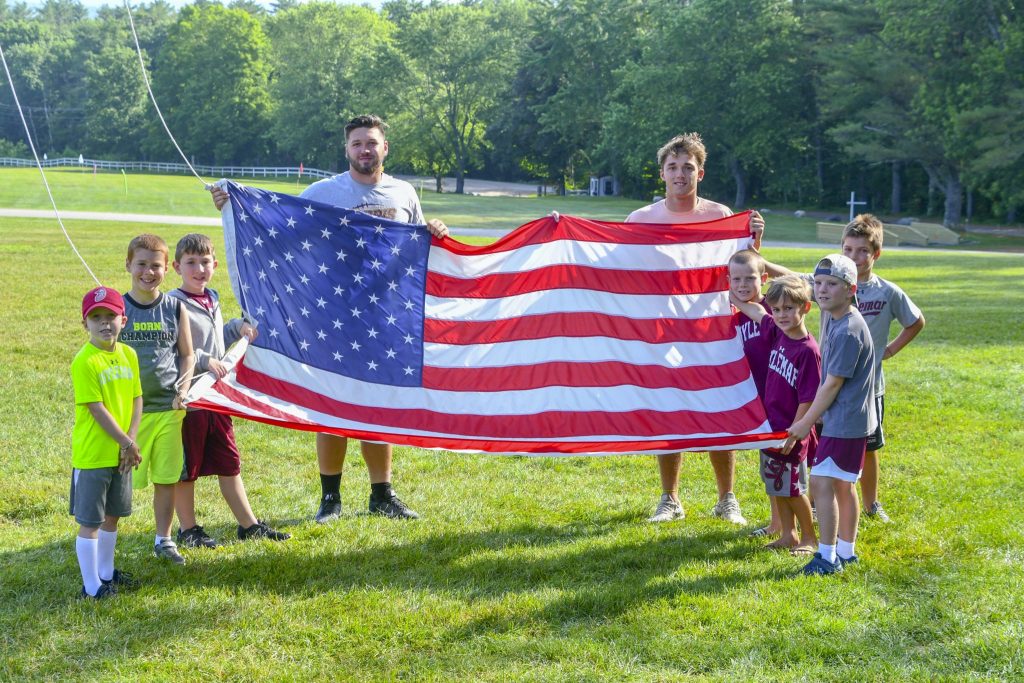 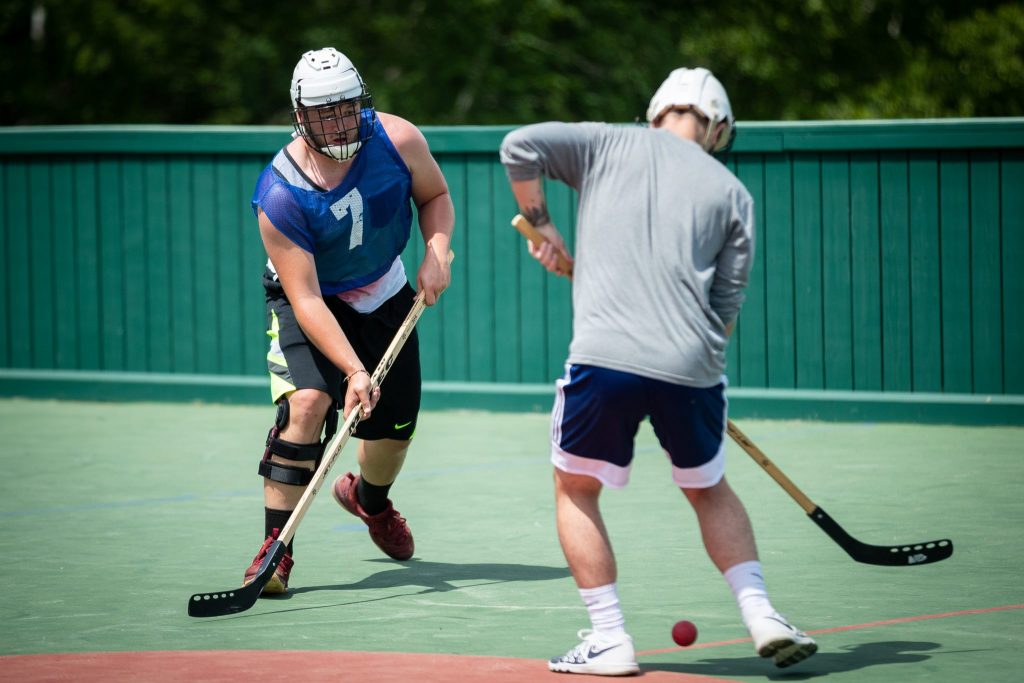 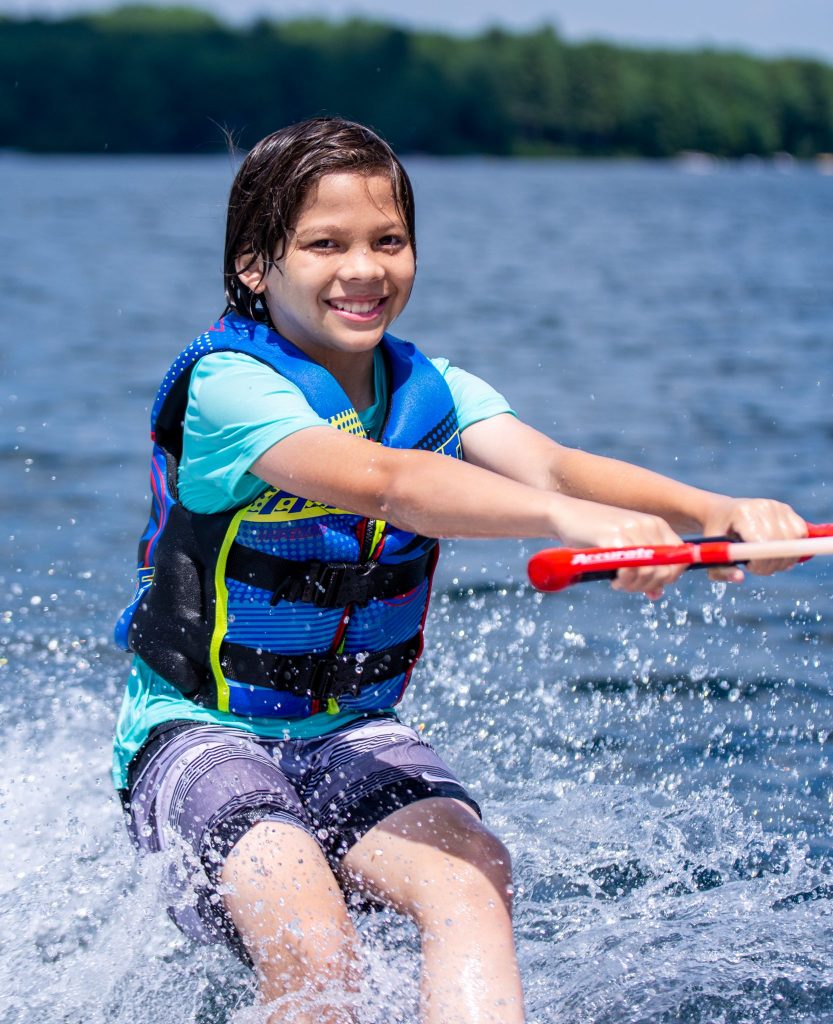 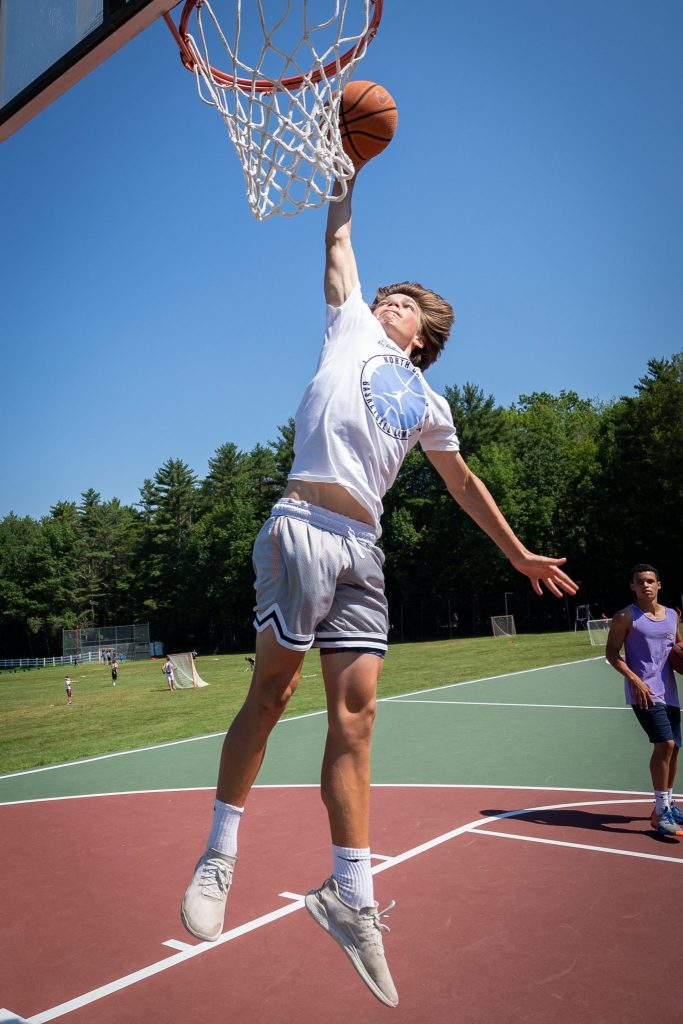 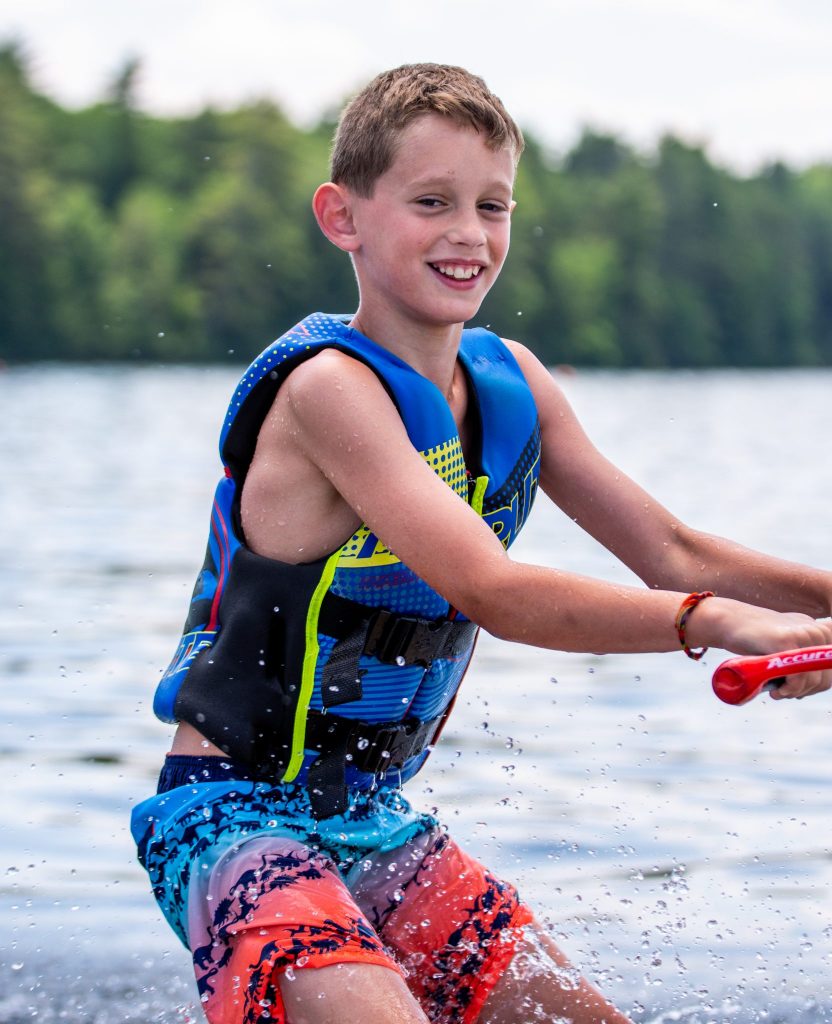 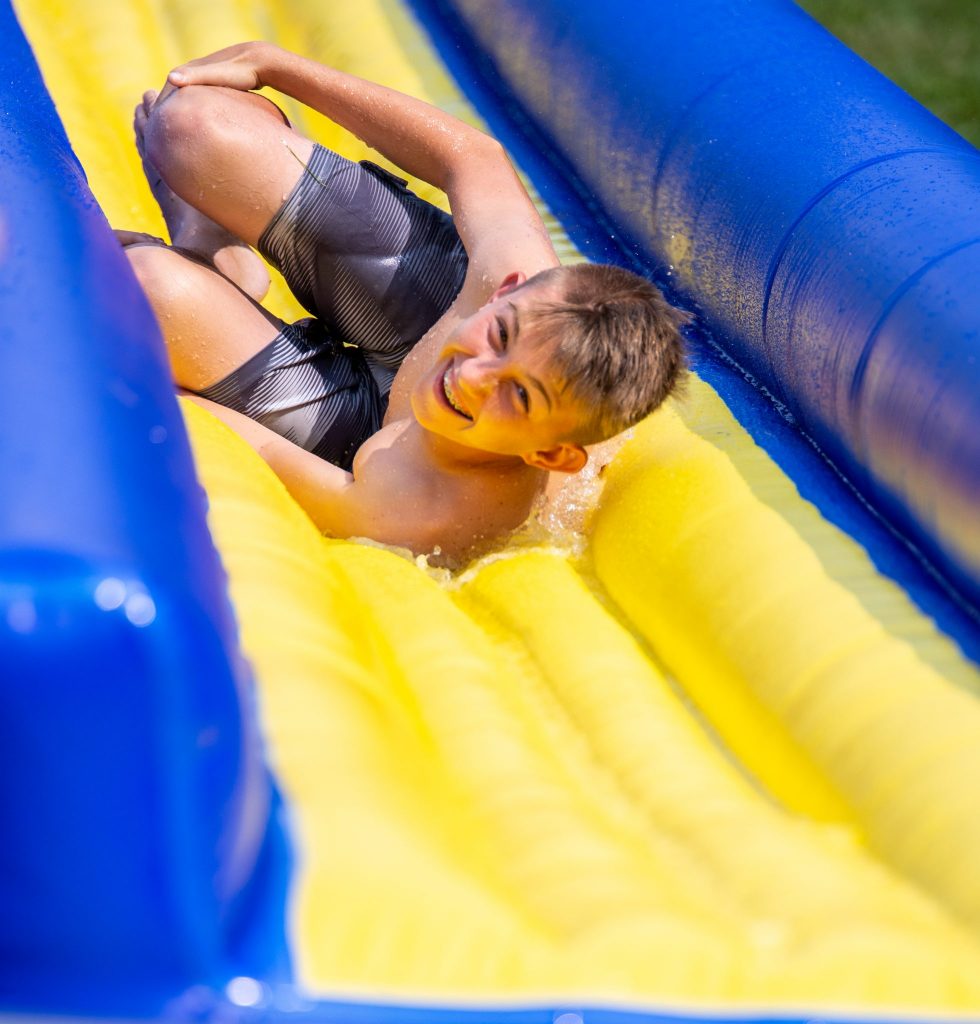 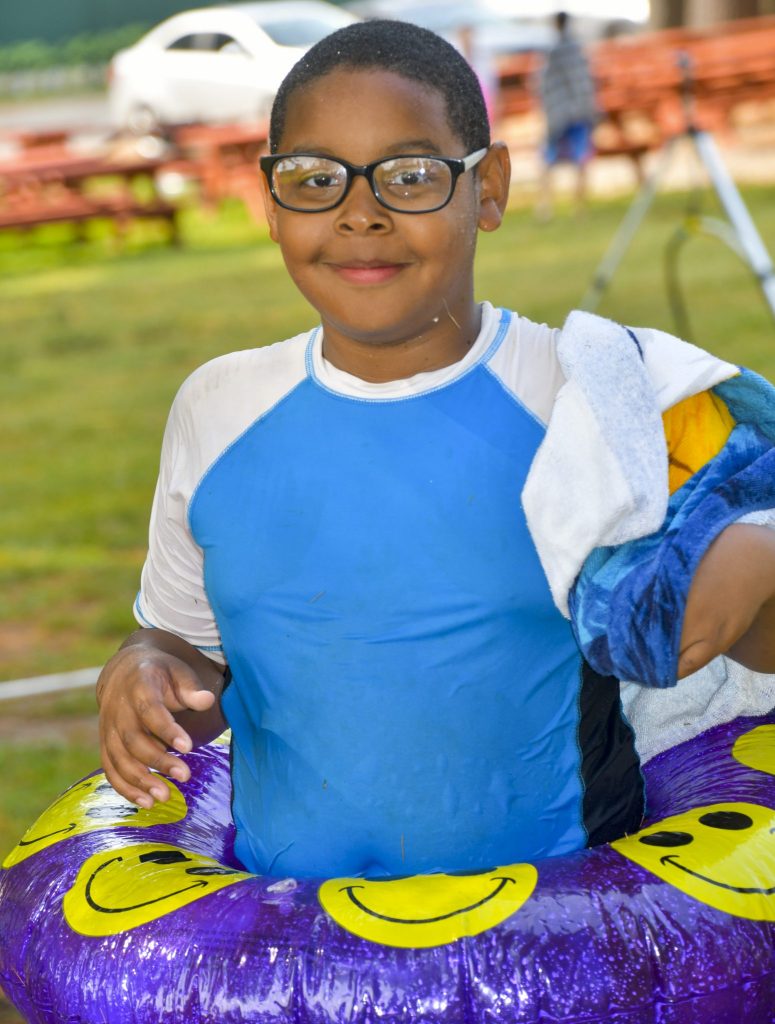 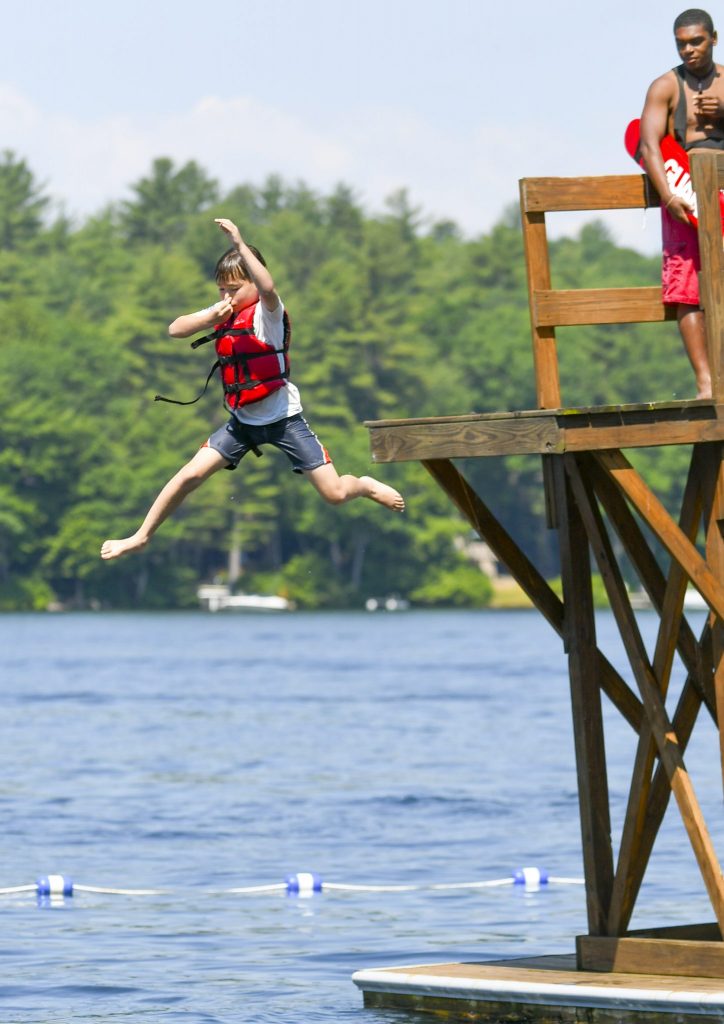 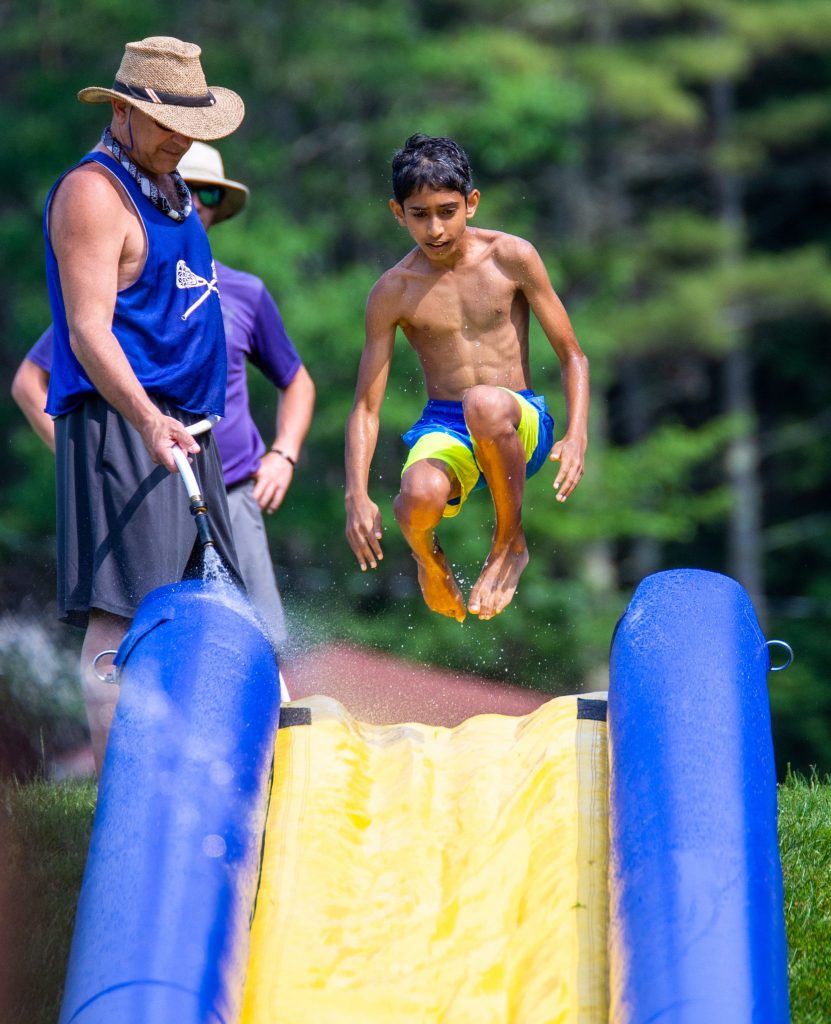 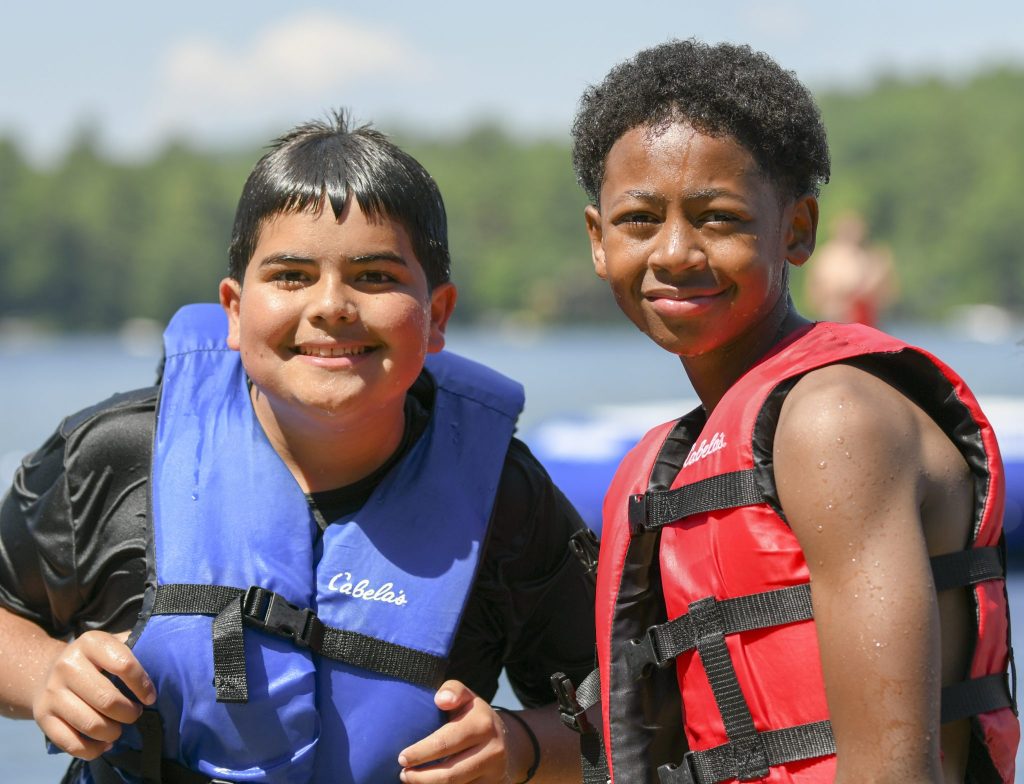 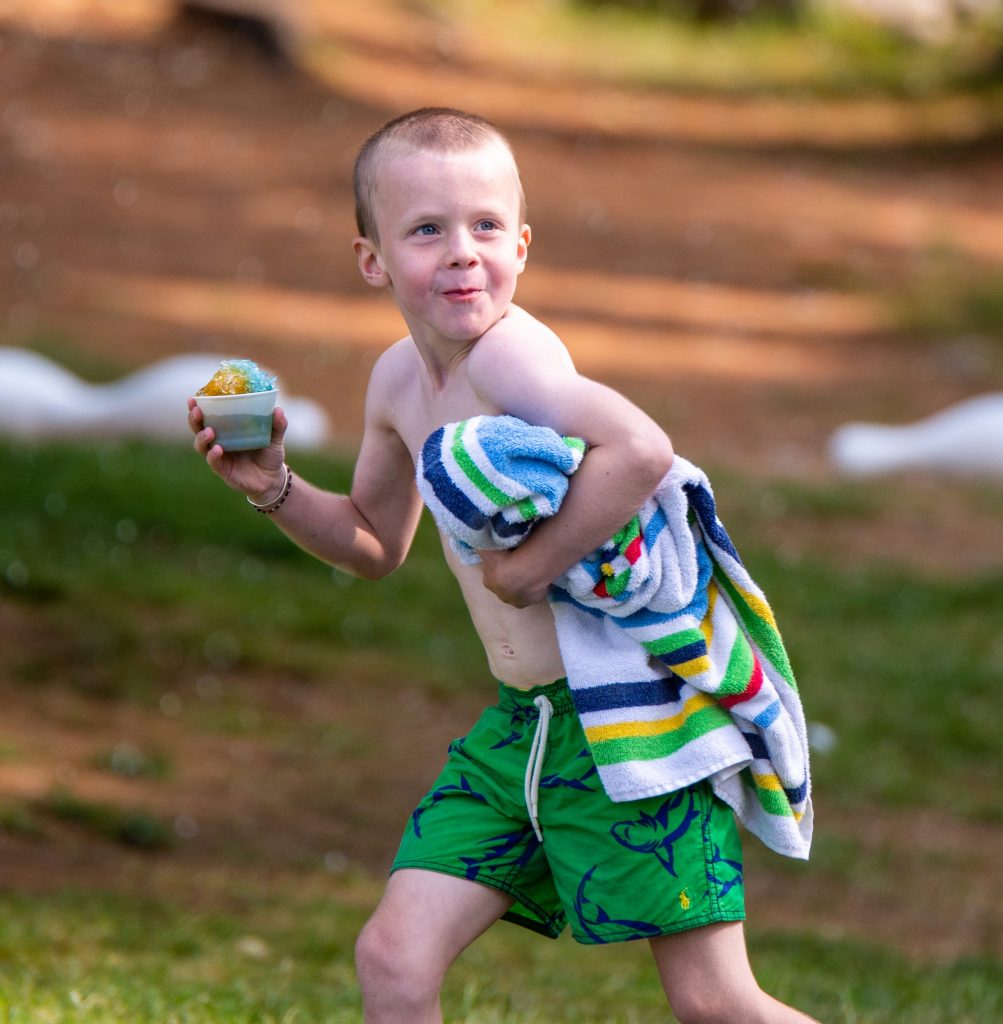 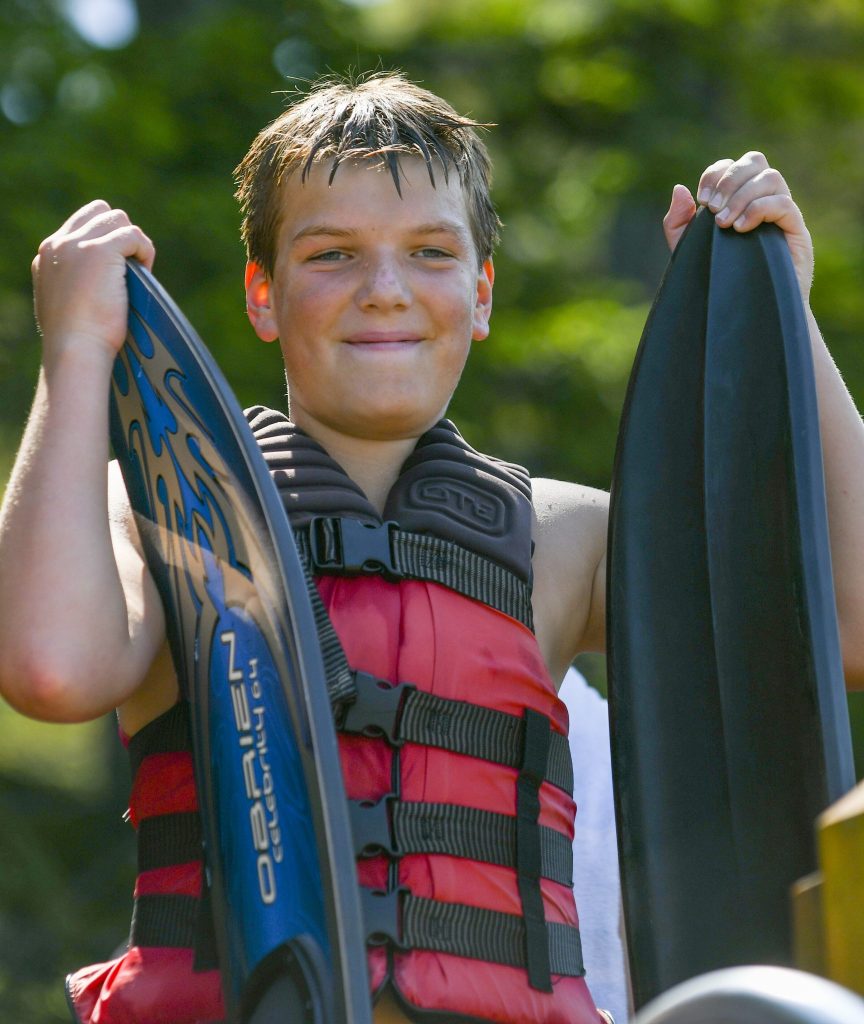 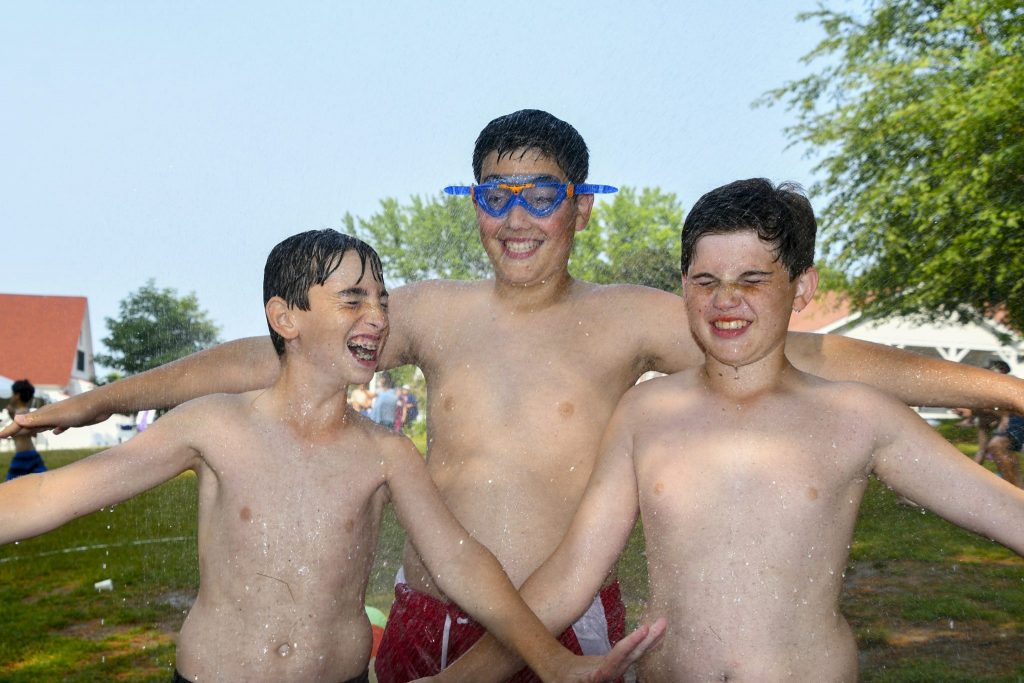 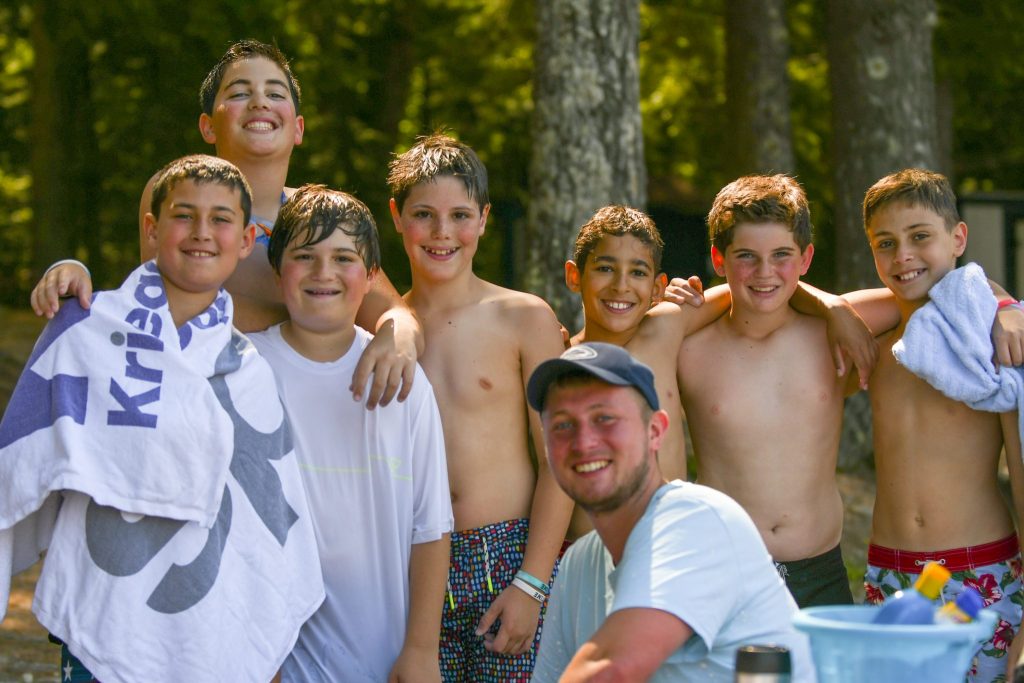 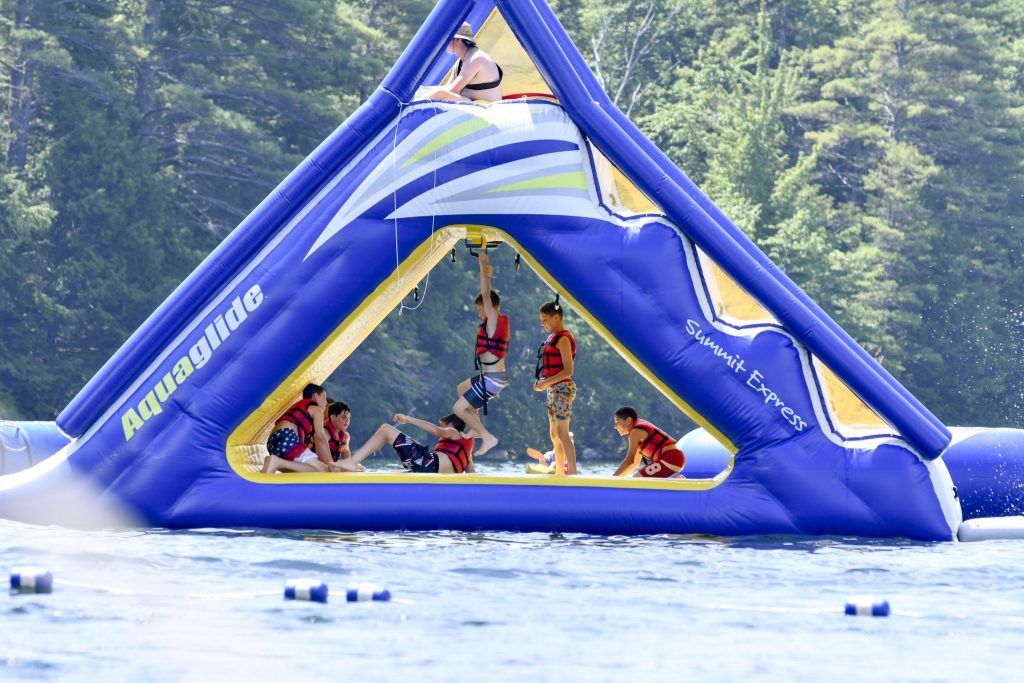 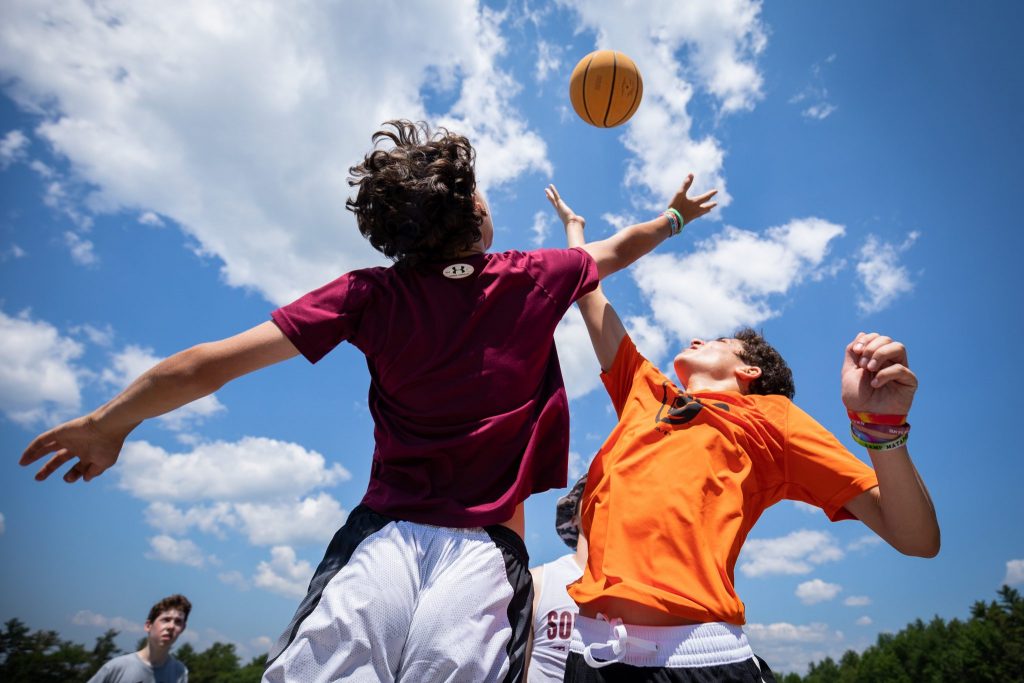 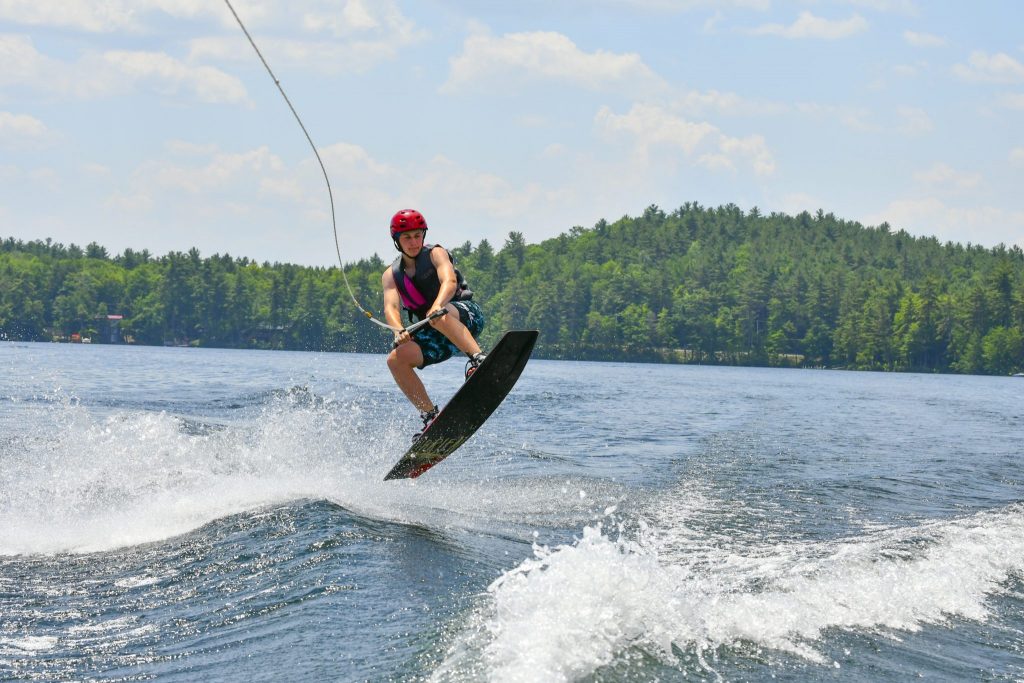 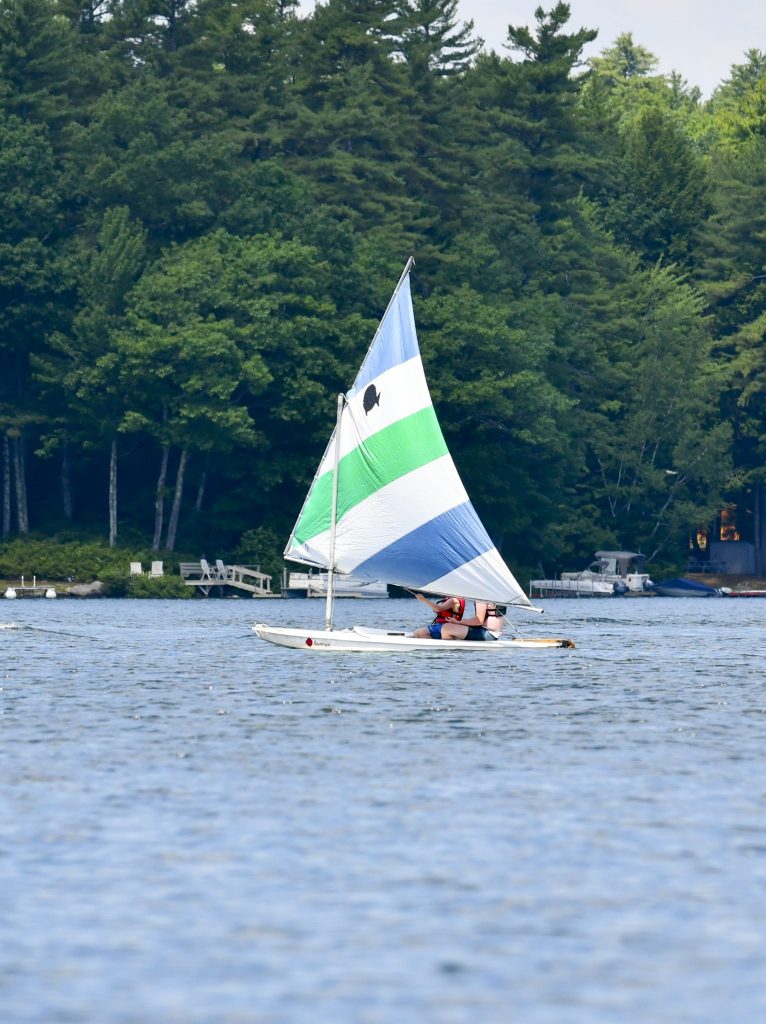 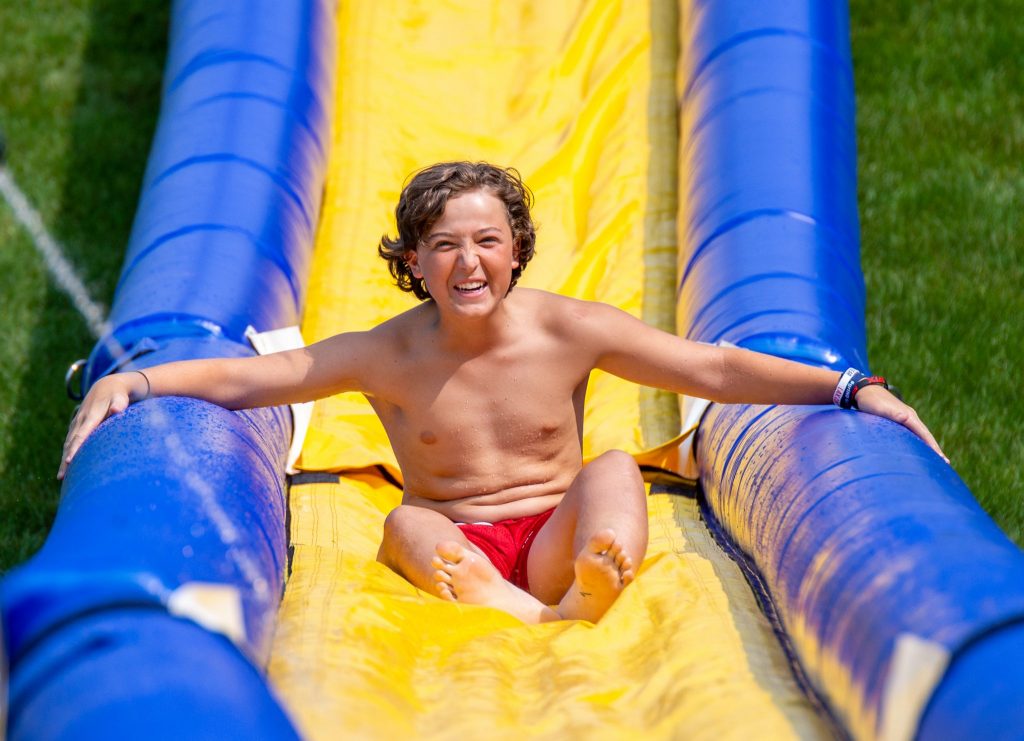 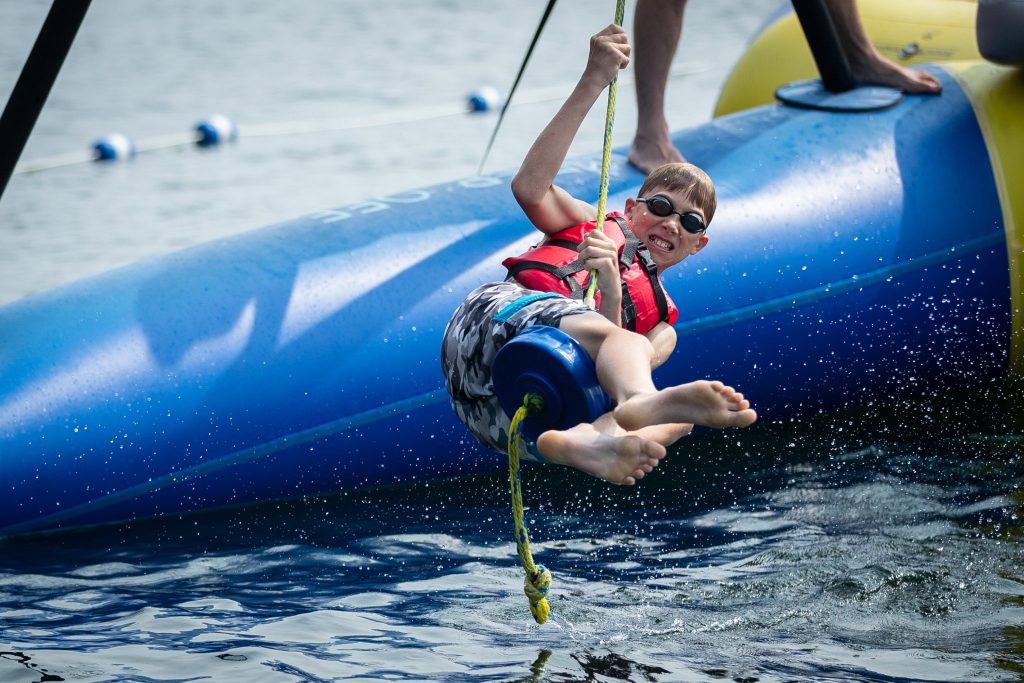 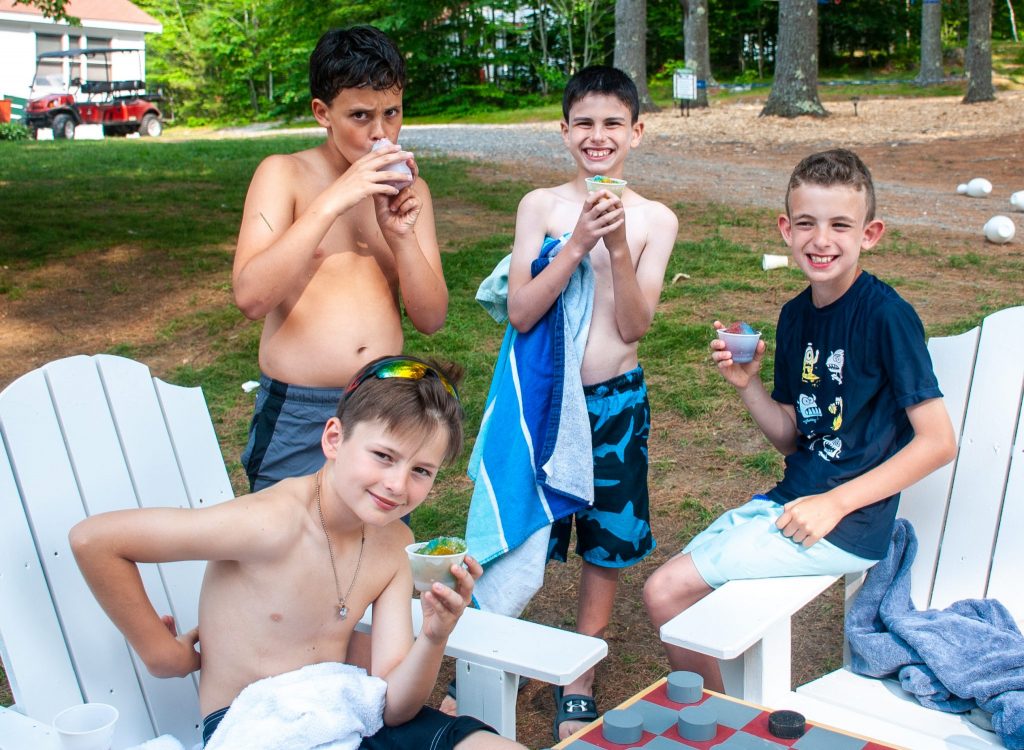 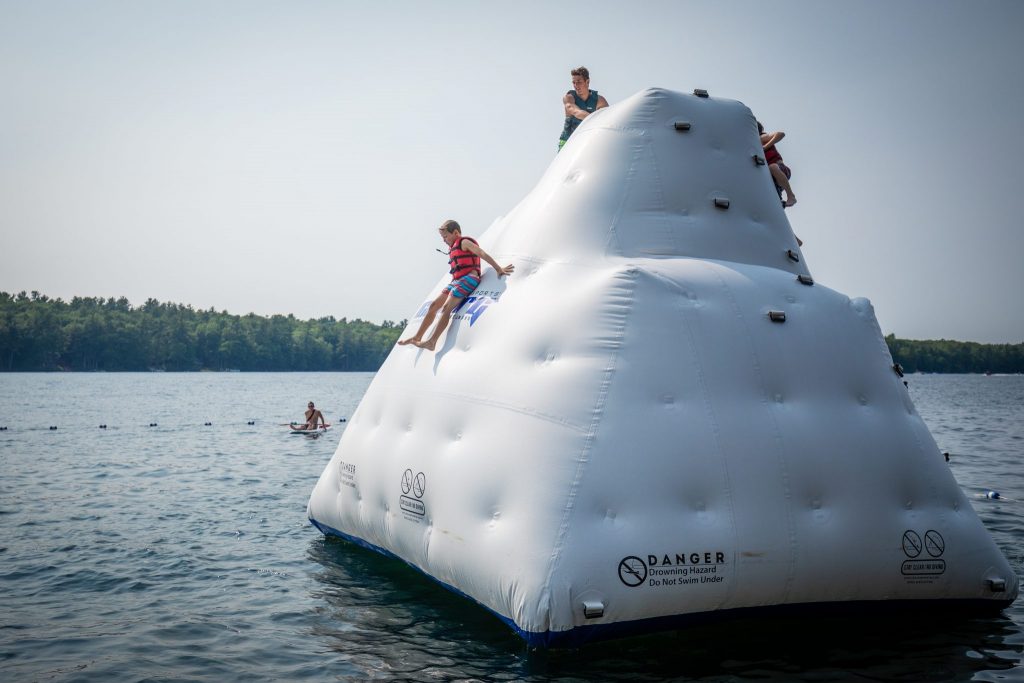 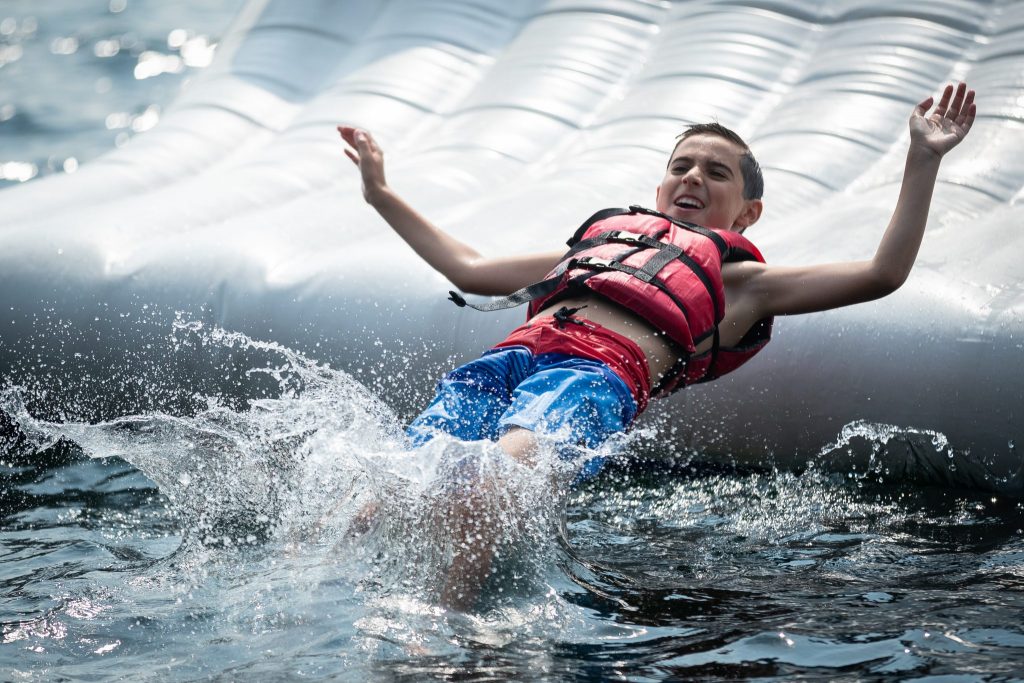 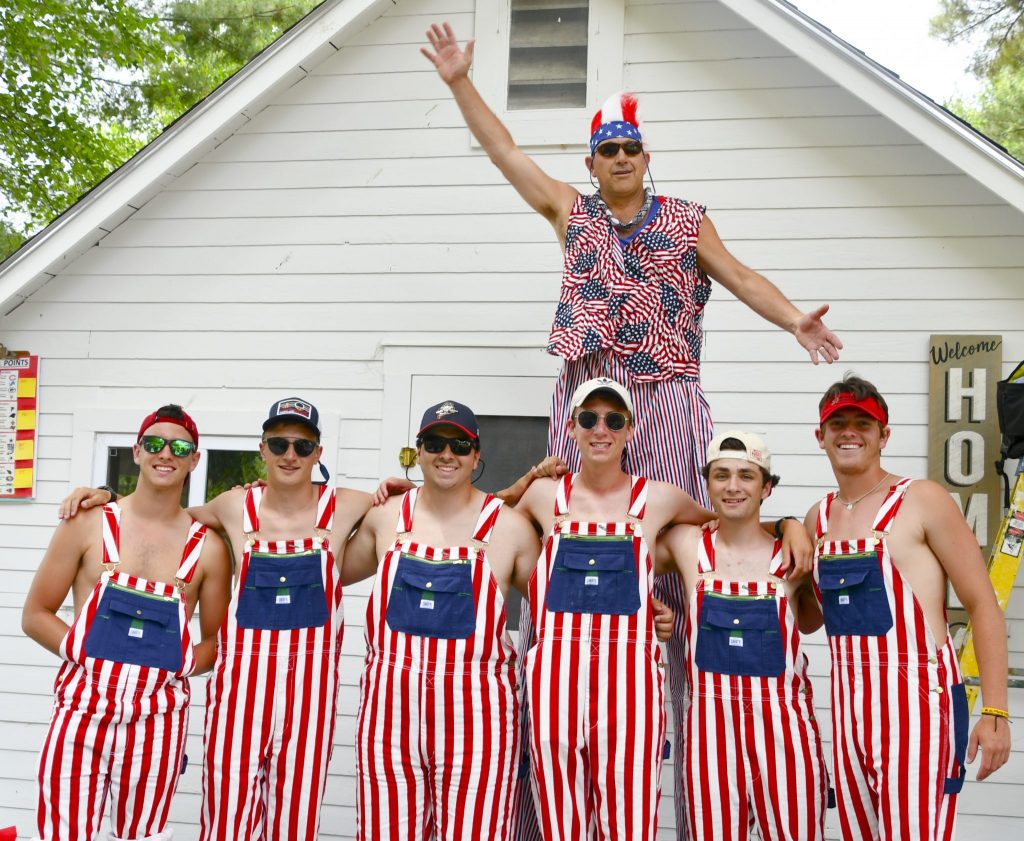 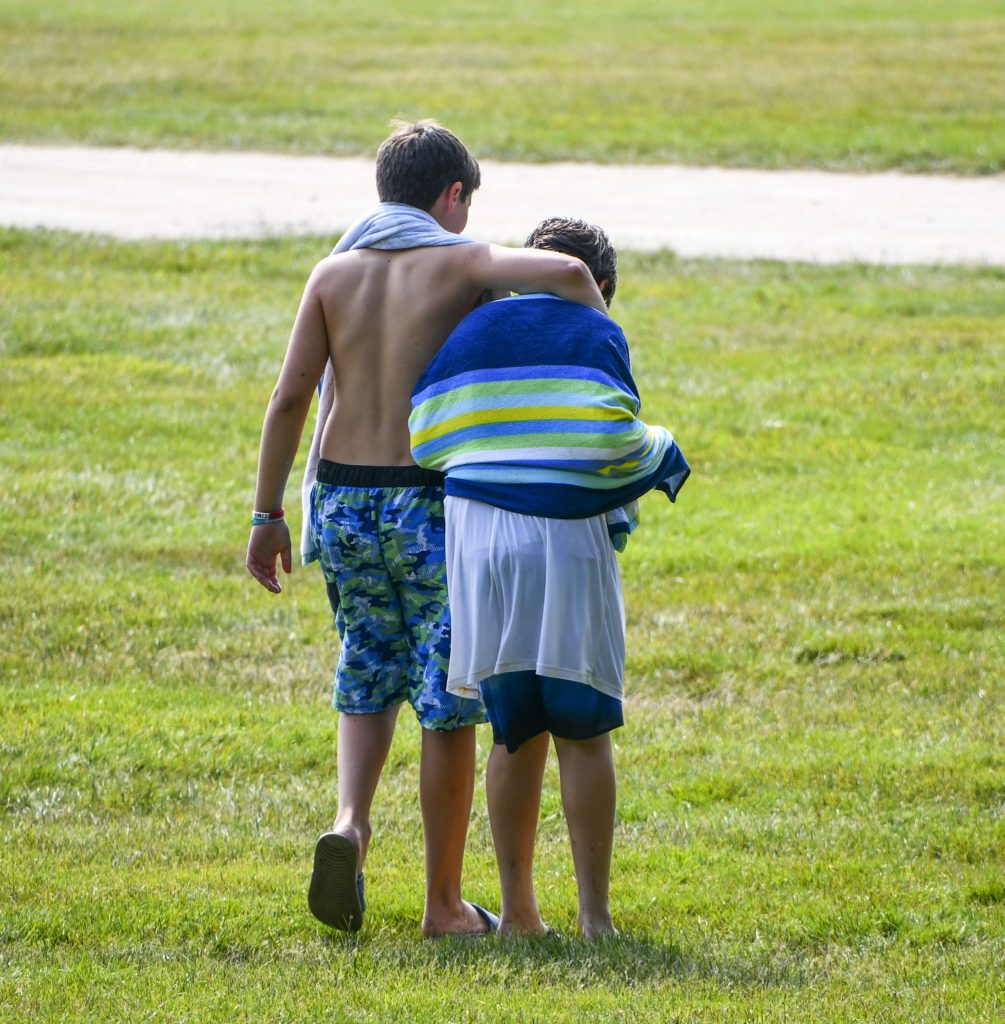 With temps in the 90’s, we changed up the schedule and spent the afternoon getting wet.  We called it “Wacky Water Wednesday Even Though It’s Thursday”.

It was a three-way rotation for Bunks 1-25.  A third of the bunks went down to the coolest place at camp - Trickey Pond.   There you could conquer “The Beast” (the giant slide appropriately named because it takes 16 anchors and a team of divers to place it in the 30’ deep lake before the campers arrive) or ascend the "The Iceberg” (in-water climbing wall) before leaping off.    You could drop in off the Rope Swing or jump off the Pontoon tower.

Some swam laps working towards a Skylemile (72 lengths).  Others took out a SUP (stand up paddle board) or a kayak.  There was water basketball and the Giant Paddle Board too.

Meanwhile, another third of the cabins had their turn at the SkySlide.  It’s a 60’ inflatable slide that goes from behind the hockey rink towards Snow Field.  Shep sprays it down, you leap into the air, and down you go!

The rest of the group was up top playing in sprinklers and wading pools.  Of all the fancy modern toys, nothing beats a plain old garden hose.  There were refreshing, delicious snow cones too.

Meanwhile, the Sky II guys had their own special wet afternoon.  They relaxed at the Sky Pines waterfront, laying in tubes and noodles.  Now and then they’d toss a lacrosse ball, but for most it was a lazy lake afternoon.

Both lunch and dinner were outside in the picnic grove.  During the announcements, Nick read a card from the Cool2Care Cooler.  Here’s how it went:

“My day is made every morning by the warmest greeting from this person.  He cares about every single Skylemar community member, from Nate in Bunk 1 to Superman in the kitchen.  He changes the world every day with his kindness, smile and love.  This person is Cool2Care, and this person is Oliver D.”

Ollie now has the possession of the Cool2Care Chain, passed on to him from Jalen, a senior camper who goes out of his way to help others to get better at sports.  We’re grateful to have such superstars at Skylemar.

We’re also grateful to Camp Mataponi for having us over for an all-camp social and fireworks.  It’s a fantastic way to celebrate July 4, and something we look forward to every year!

Bunkster Calla was at the picnic table with her cabin, talking about how hot it was outside.  Grant N thoughtfully took his styrofoam plate to fan her from the heat.  Problem was ... he hadn’t finished his applesauce....