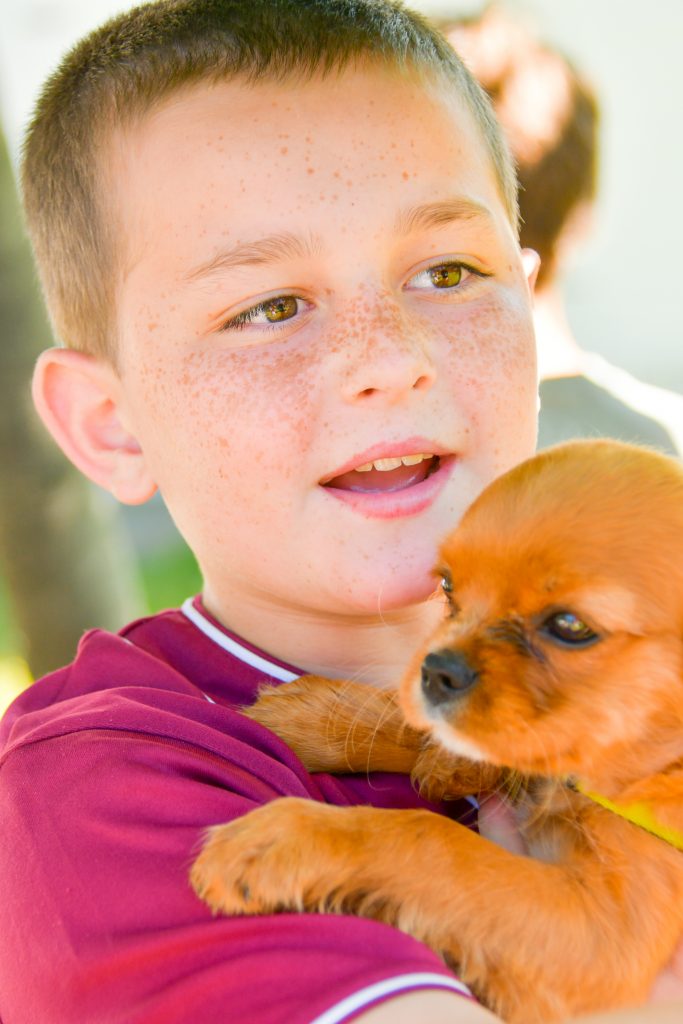 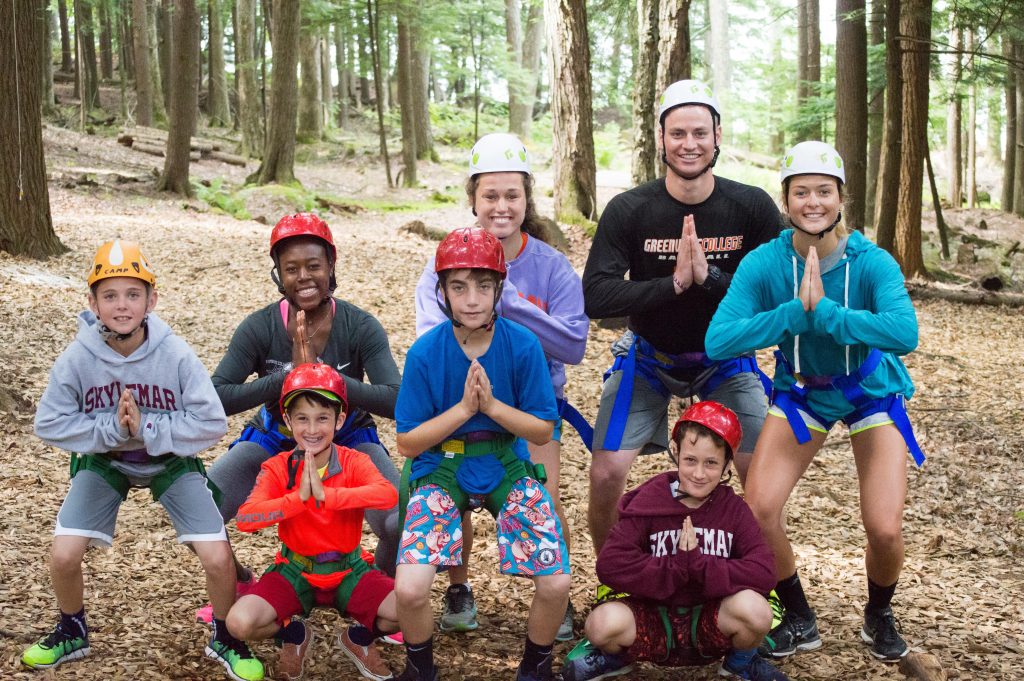 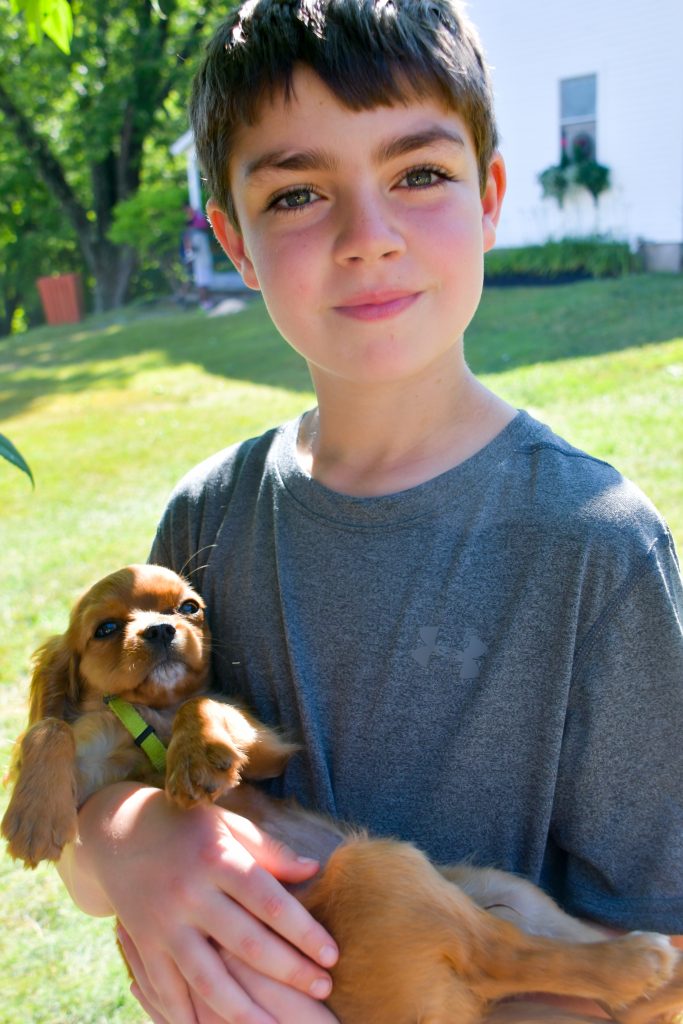 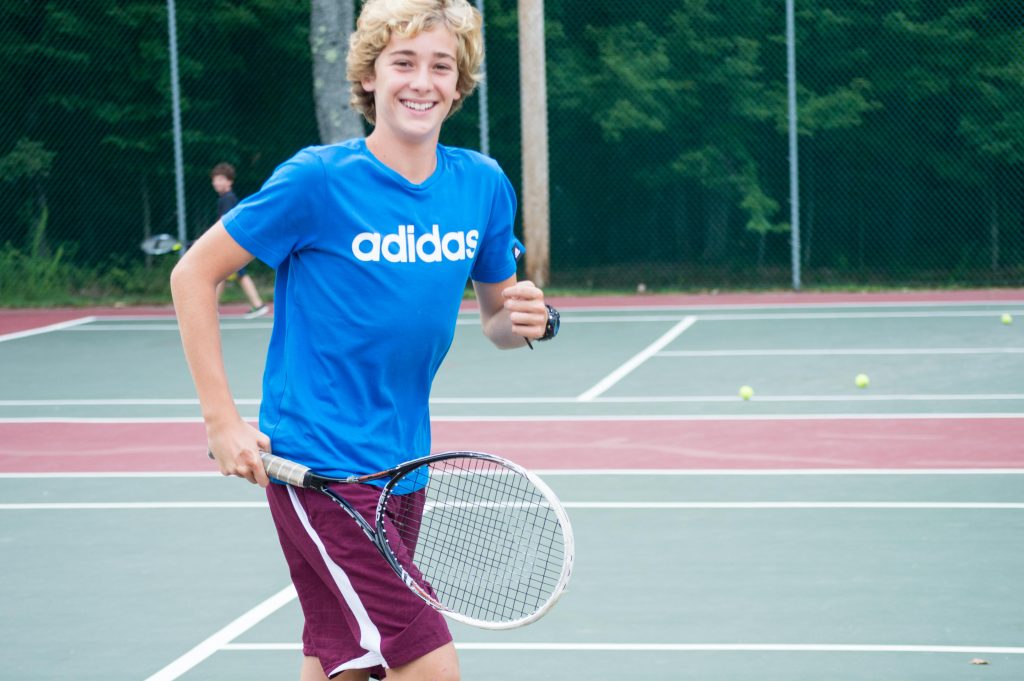 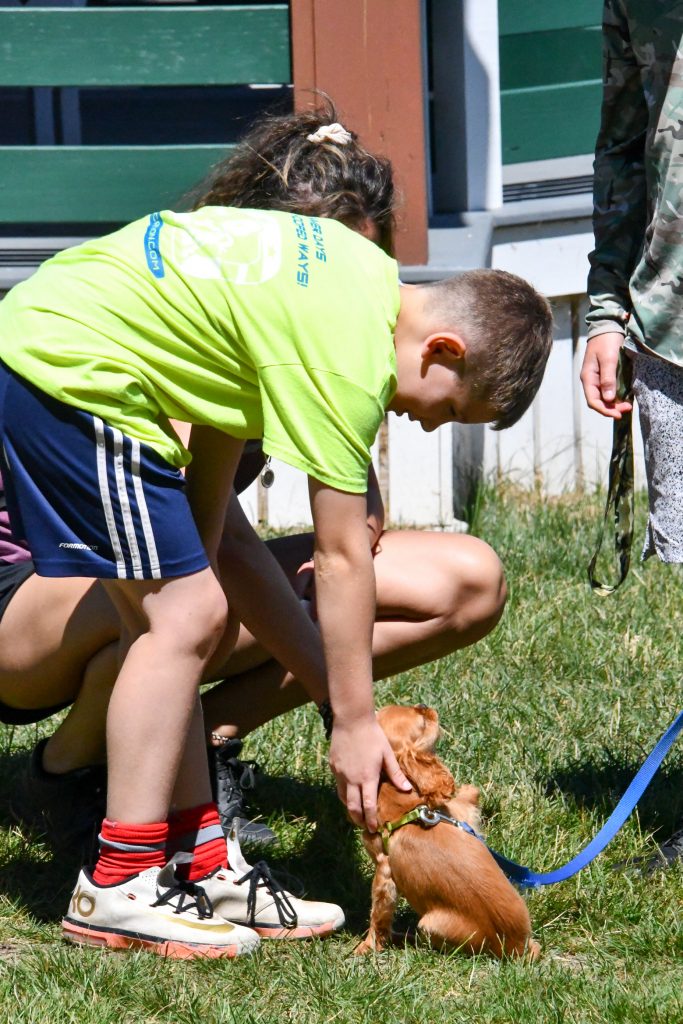 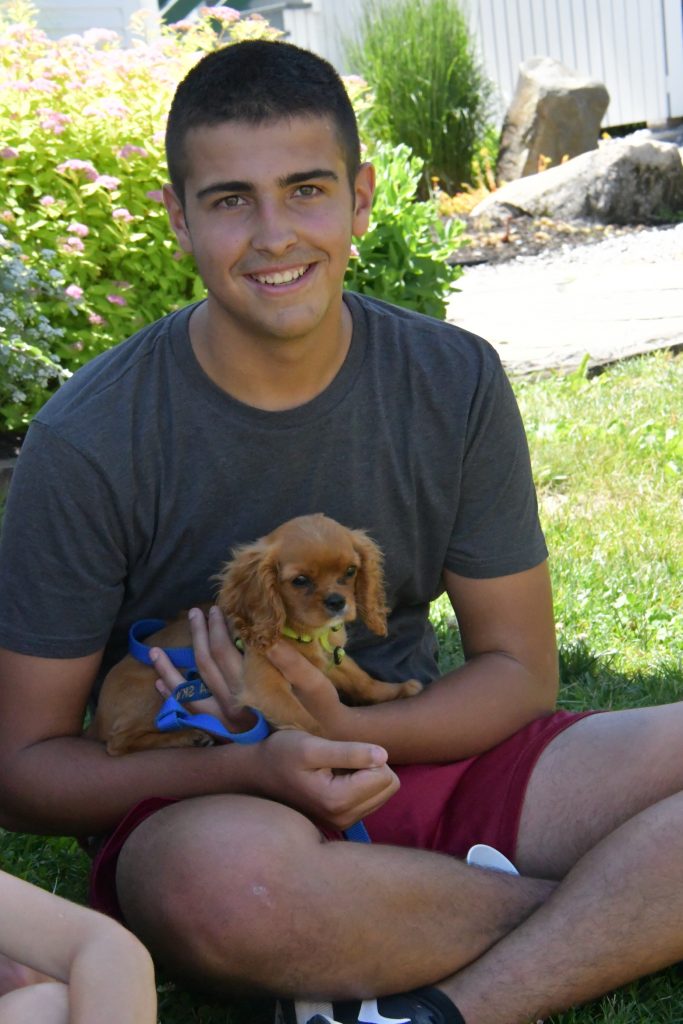 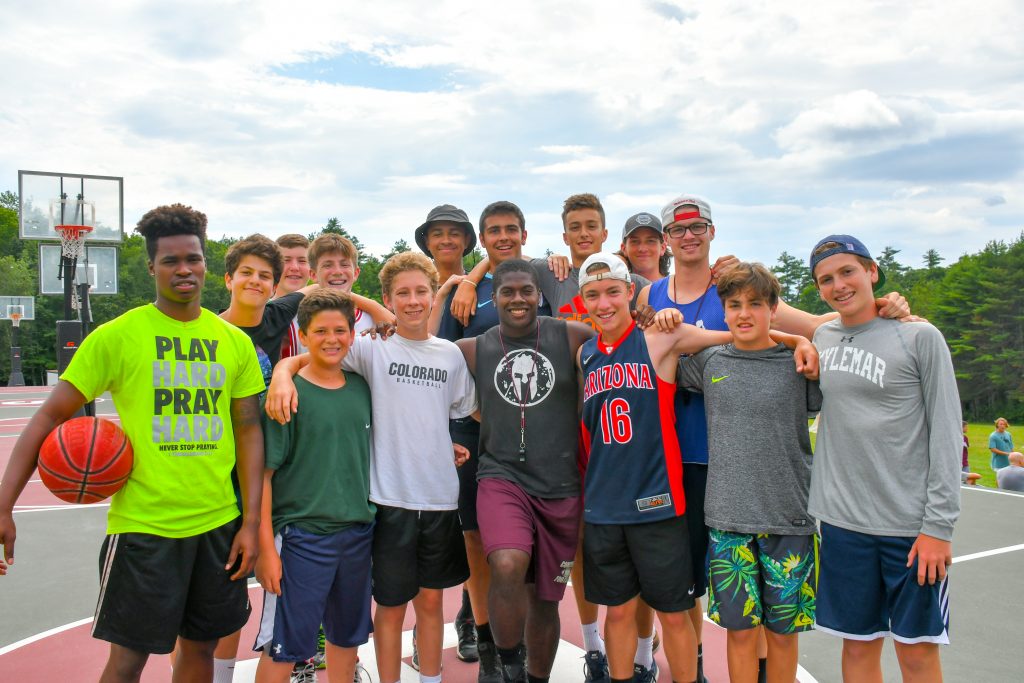 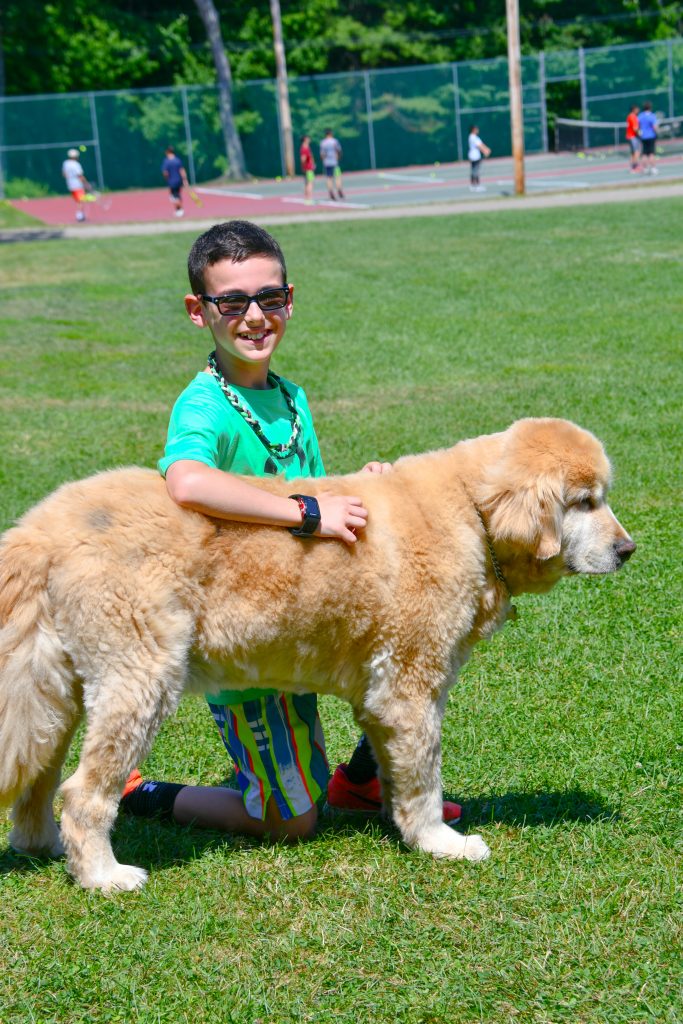 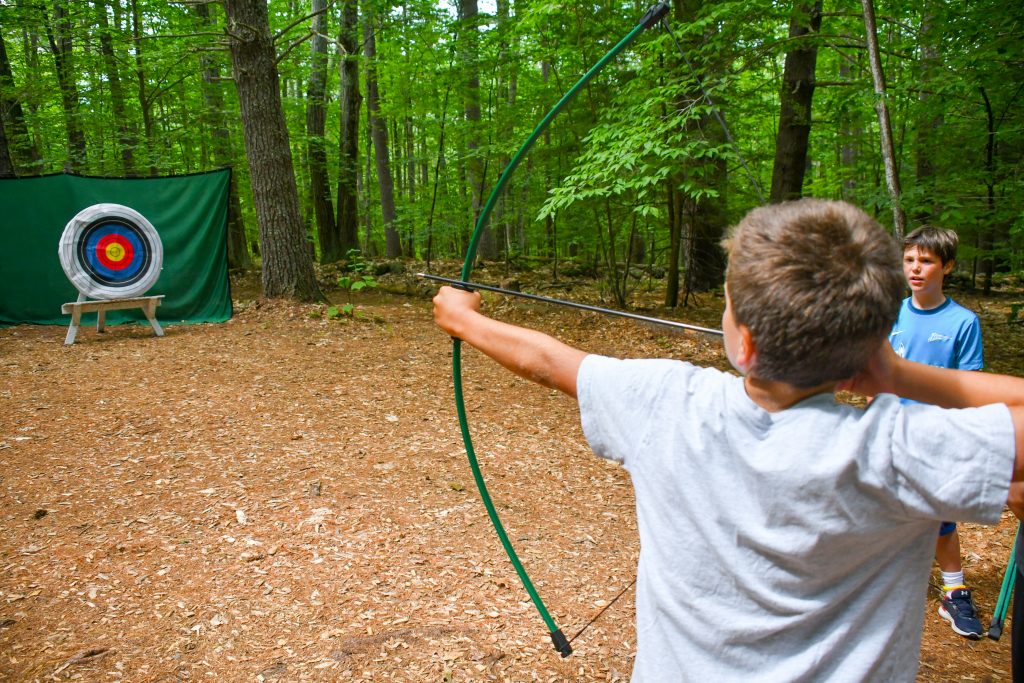 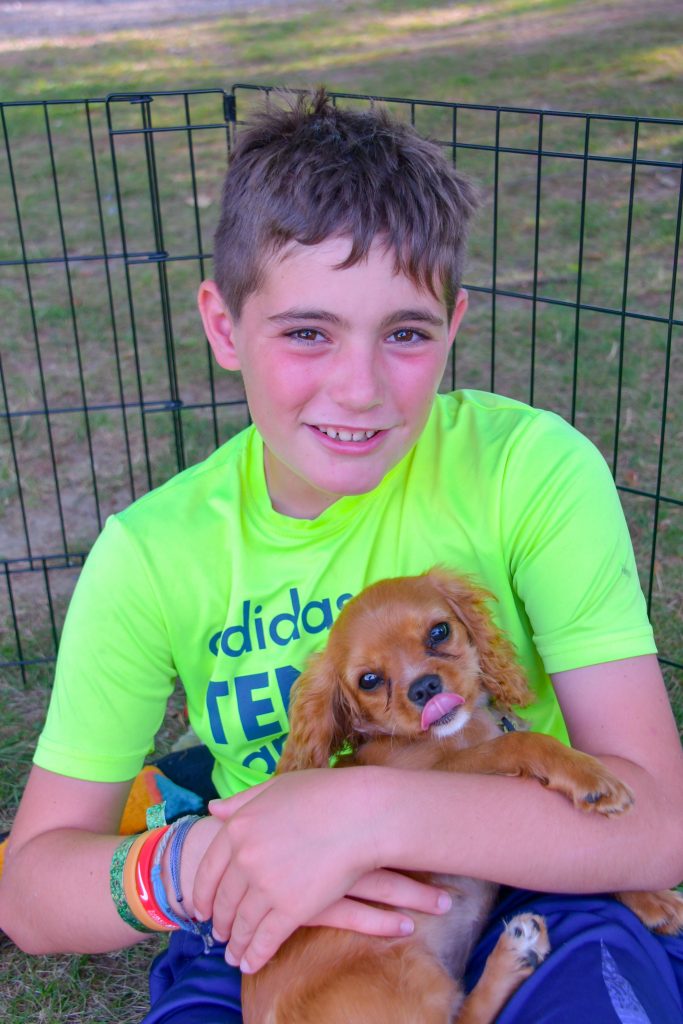 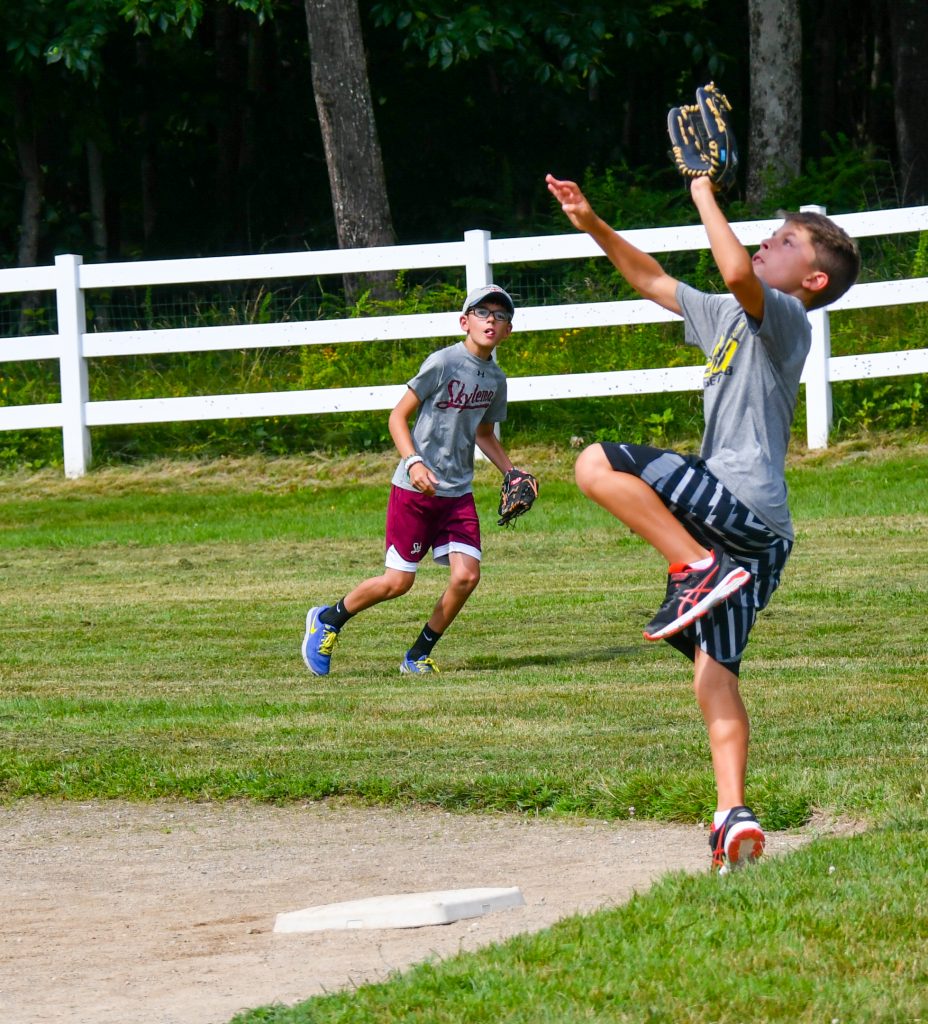 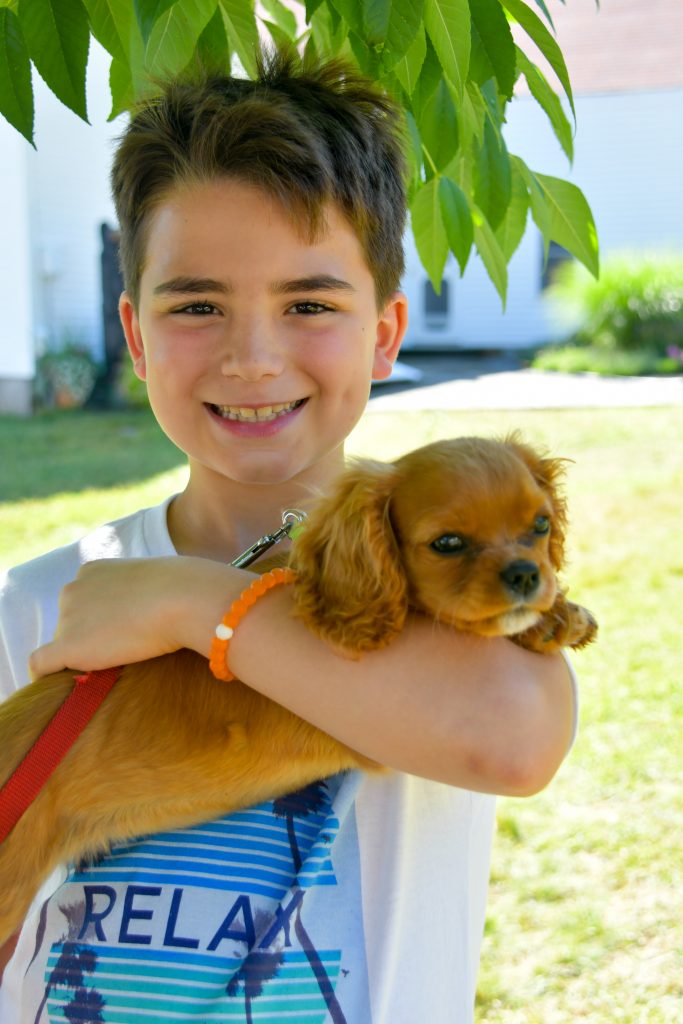 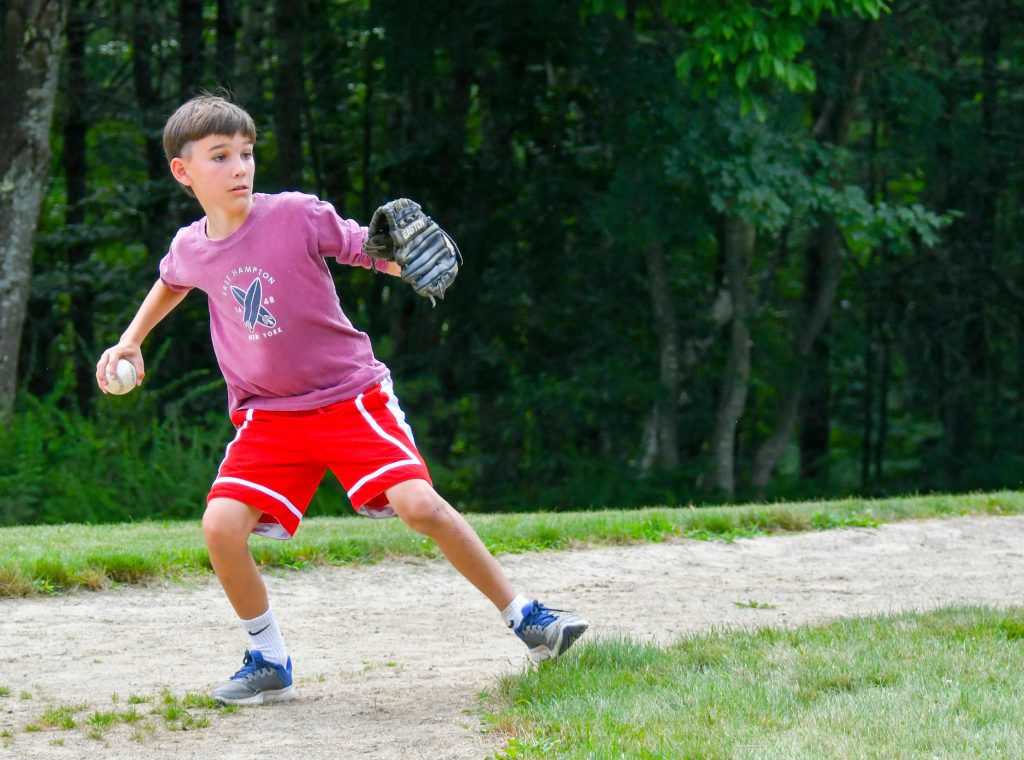 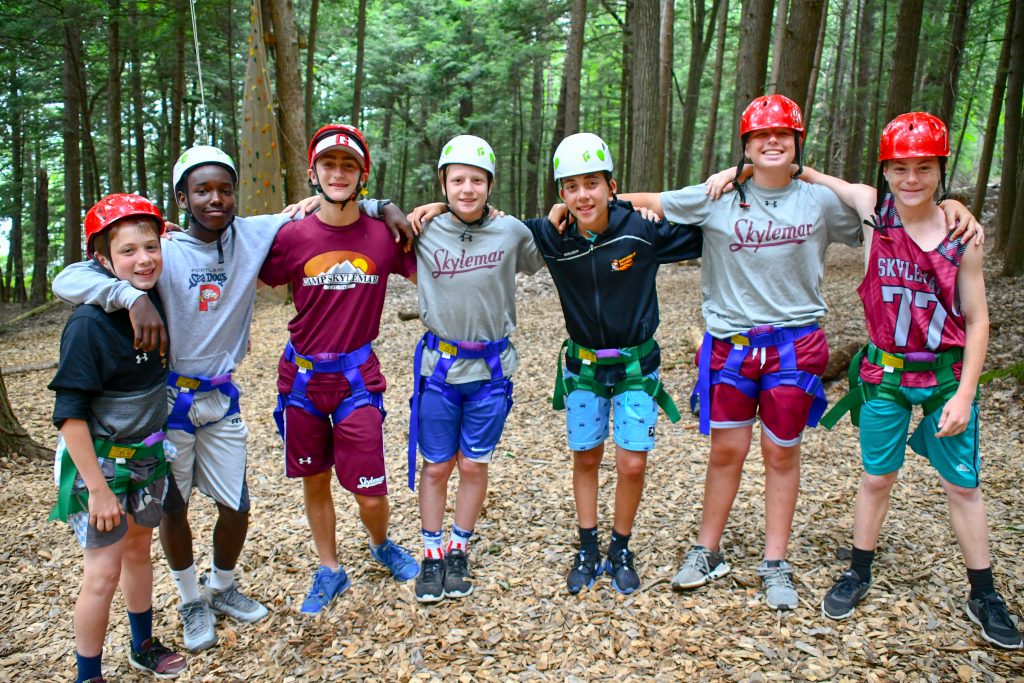 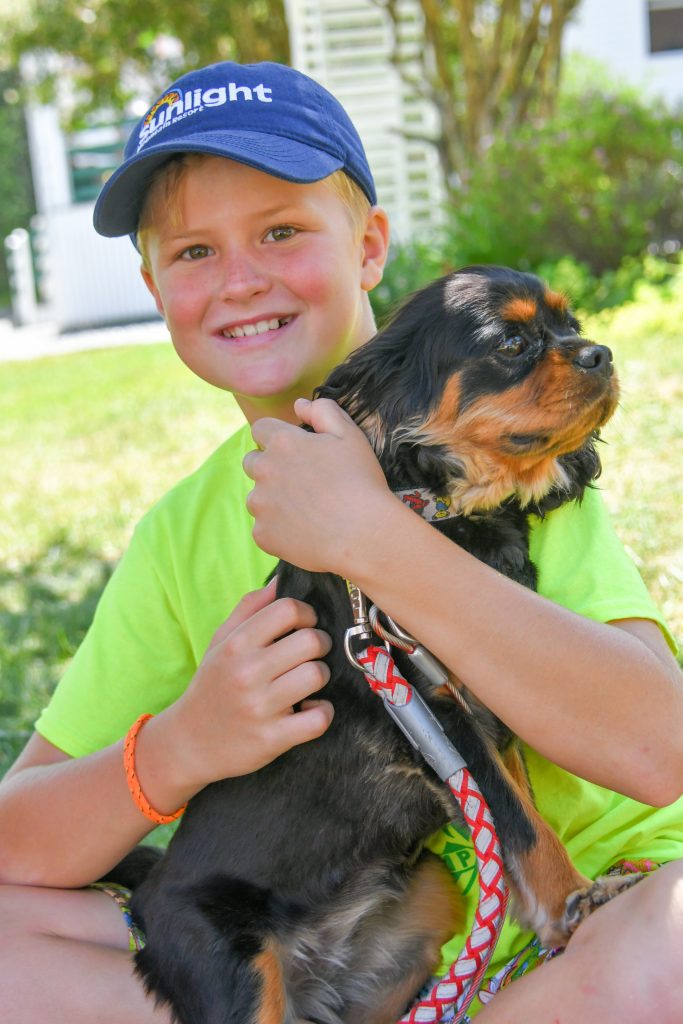 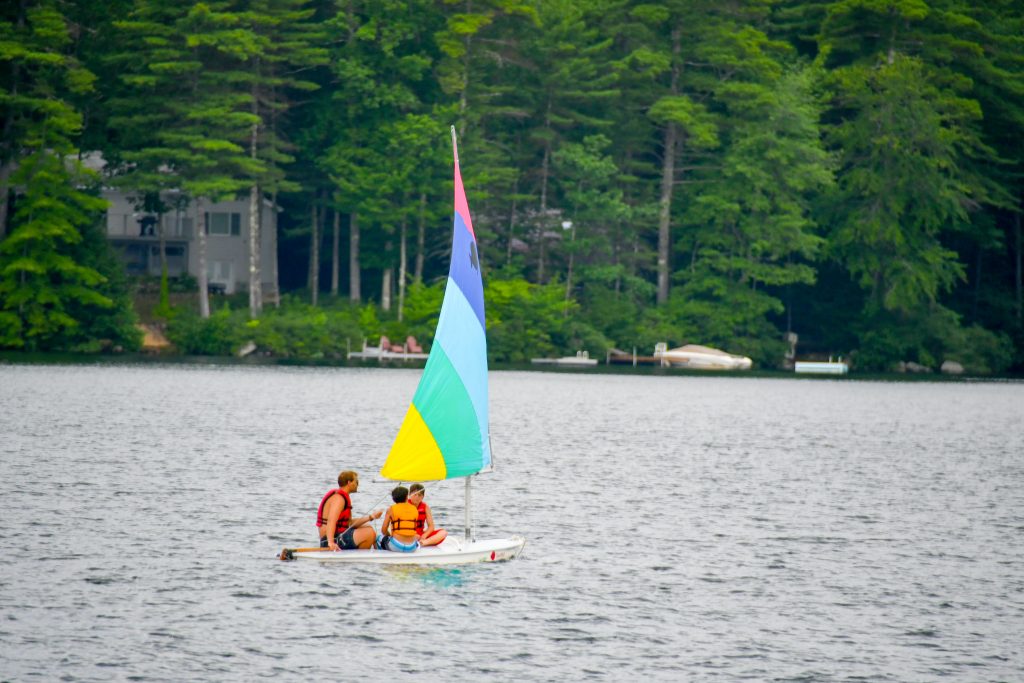 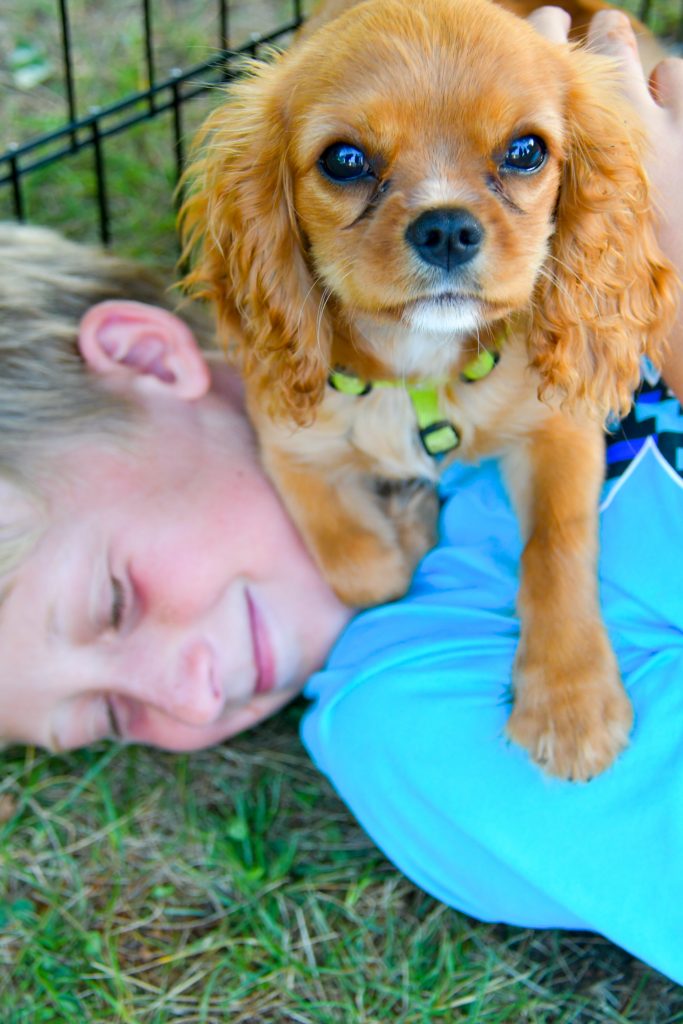 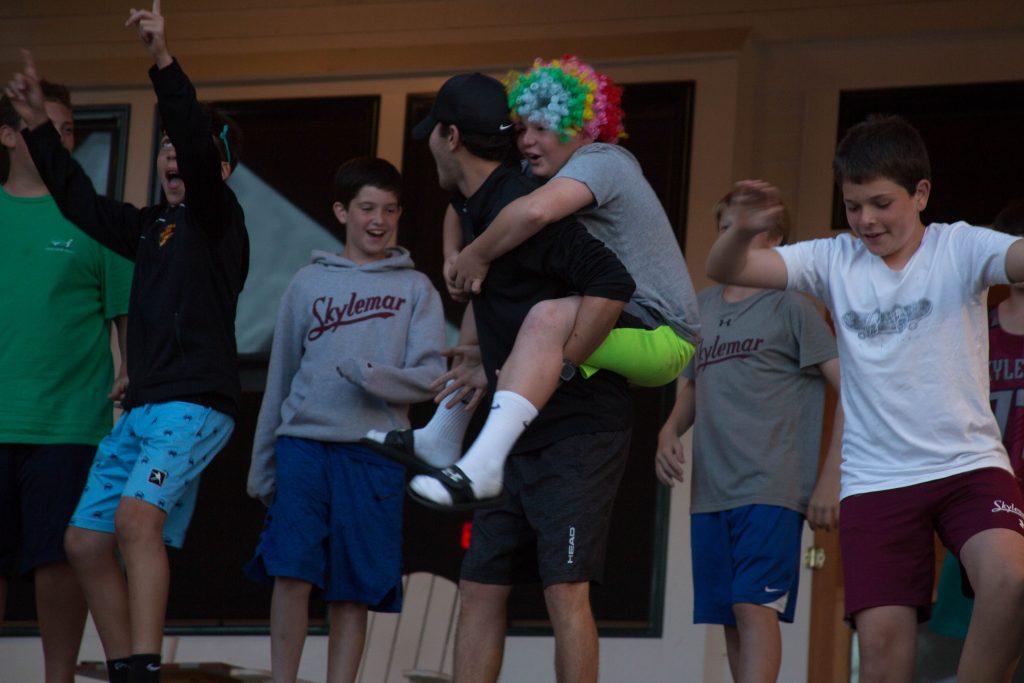 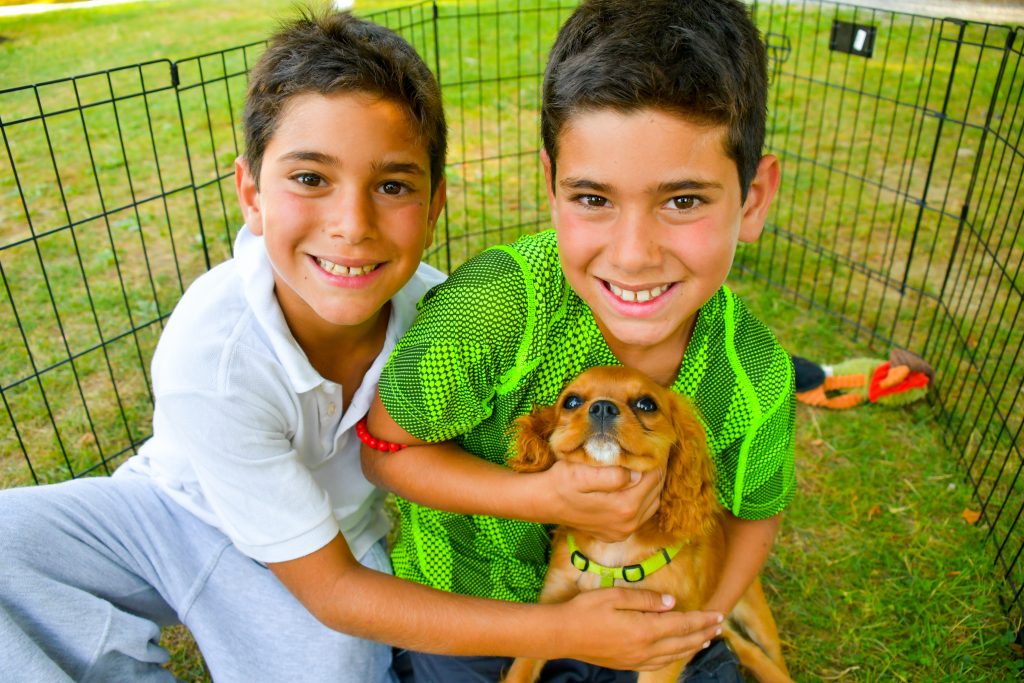 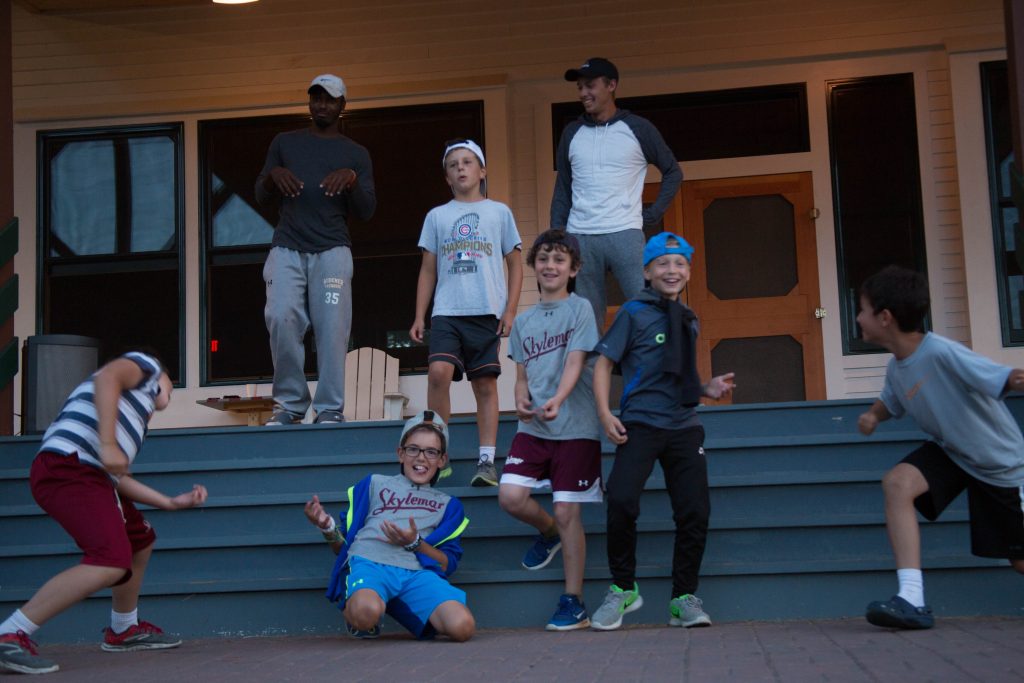 “Frogs and snails and puppy dogs tails.  That’s what little boys are made of.”

Not sure about the frogs and snails part, but our guys sure are great with puppies.  Trix, our four-month old Cavalier, gets carried and cuddled from Reveille to Taps.  It’s amazing how gentle and calm the boys are around her.  They’re very protective of her too.  The only time Trix seemed frightened was around a group of squealing girls. Harry S stepped right into the crowd and took Trixie inside.

We tried a dog training session inside the hockey rink today.  Bubba declined on participating, so it was Bunk 14 vs Trix and Cubbie.  It was a bit chaotic, and way too many treats were awarded.  We may need to trrrrrry again on that one.

Winnipesaukee’s back, with reports of “the best trip ever”. Amazingly, they dodged the rain and enjoyed every stop as planned.

Winny’s a quintessential beach resort, with boardwalk, tacky beach shops and of course, an arcade.    The lake’s enormous, and seems more like an ocean.  They took a scenic cruise on the MS Mt. Washington, as we’ve done for the past 50+ years.  The trip included lots of swimming, campground fun, good food, go-carts and mini-golf.

Tennis tourney at a nearby camp today.  It was for 10/11/12’s, each playing singles.  We were super proud of players Nick S, Ari M, Sam M, James E, Charlie A, Aaron P, Eli R, Rex, Ludavic, Ethan E, Jenner and Rohan.  Charlie and James were undefeated!

Lip Sync Battle for Evening Activity.  Each cabin picks a song and acts it out.  Really funny.  Some had talent, some not so much.  But as we’ve said before, it’s all about those on the stage having a good time.  That they did!