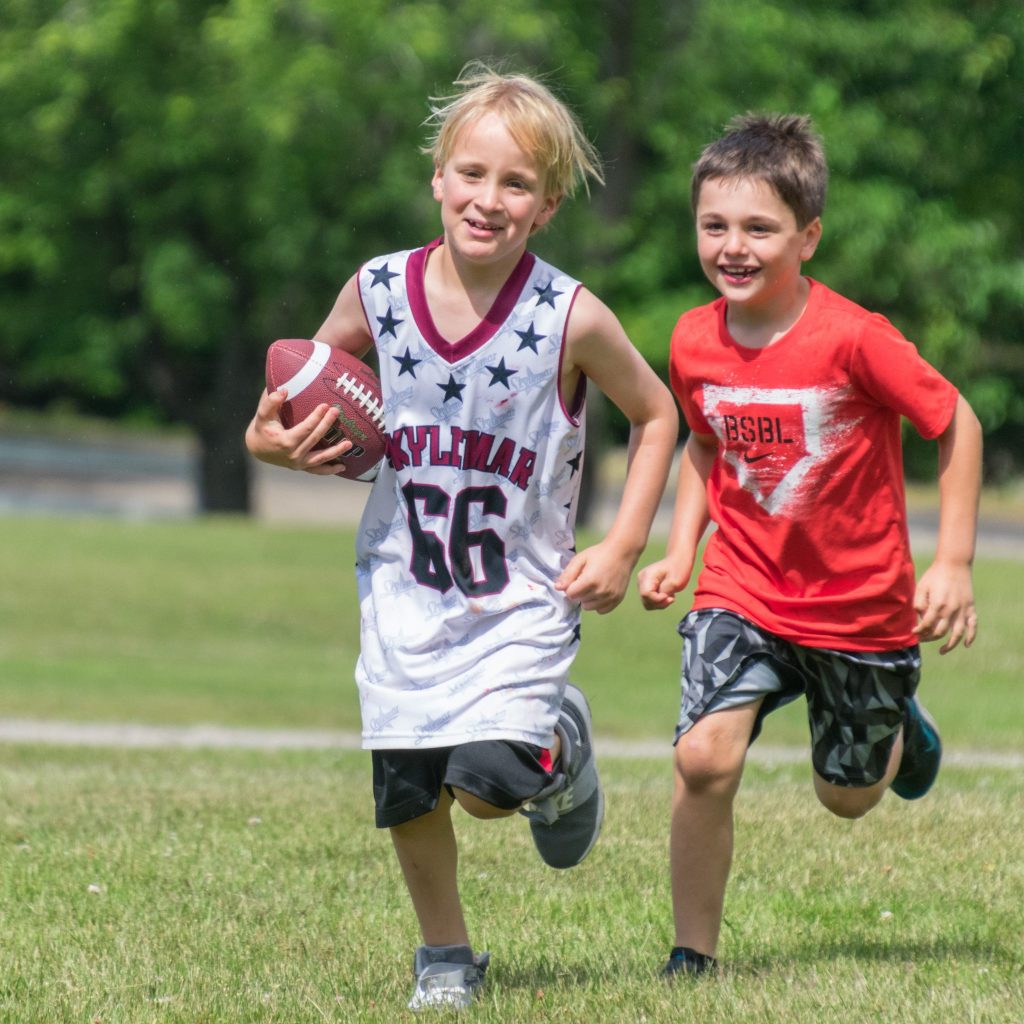 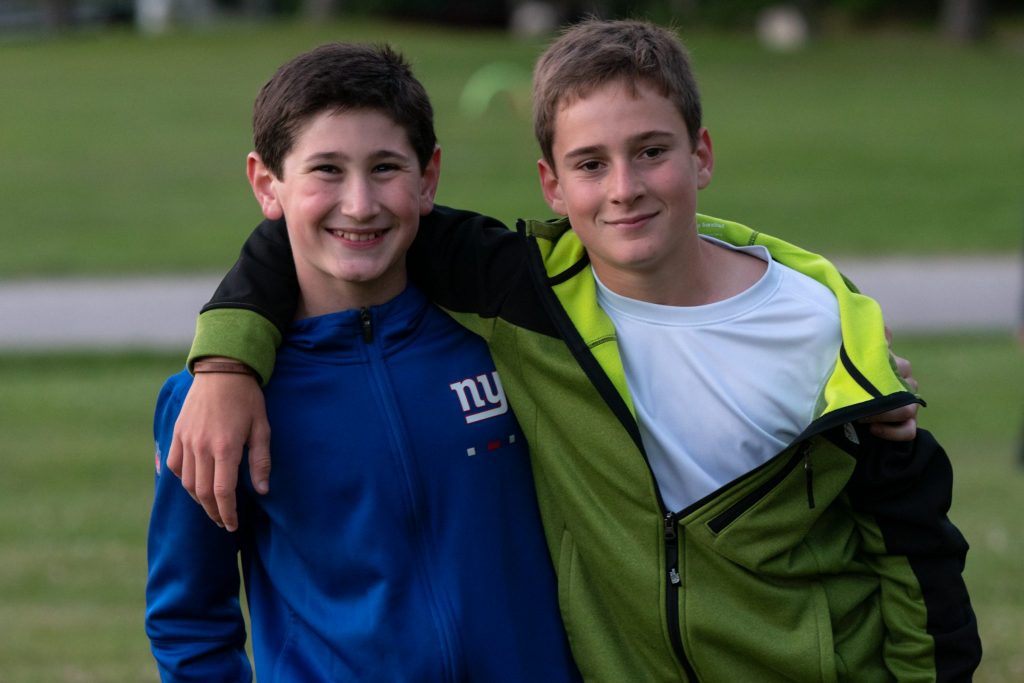 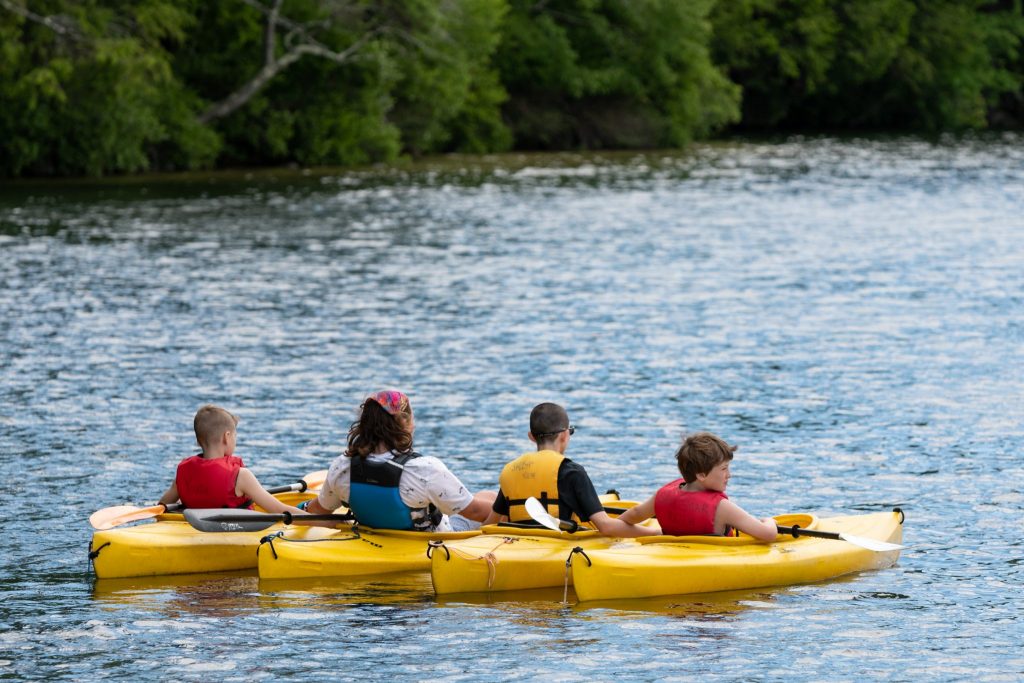 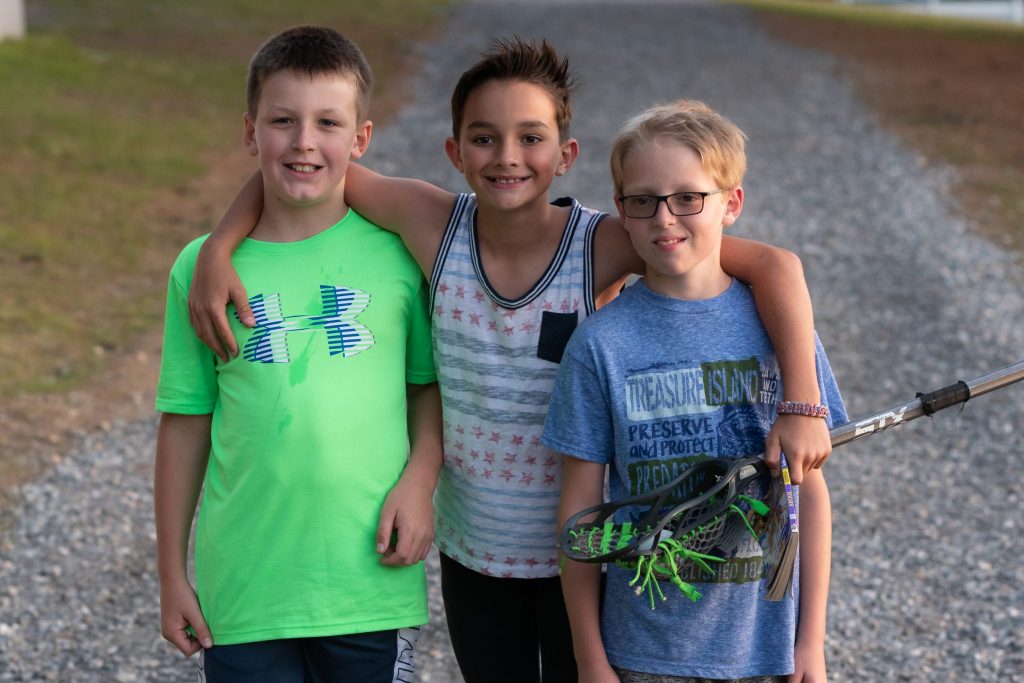 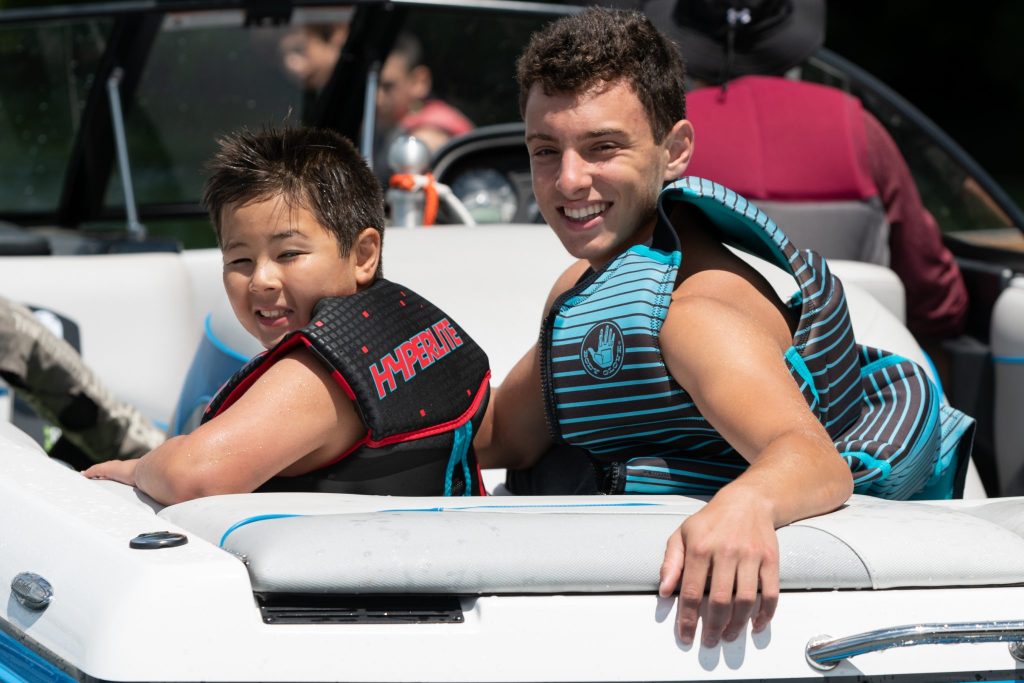 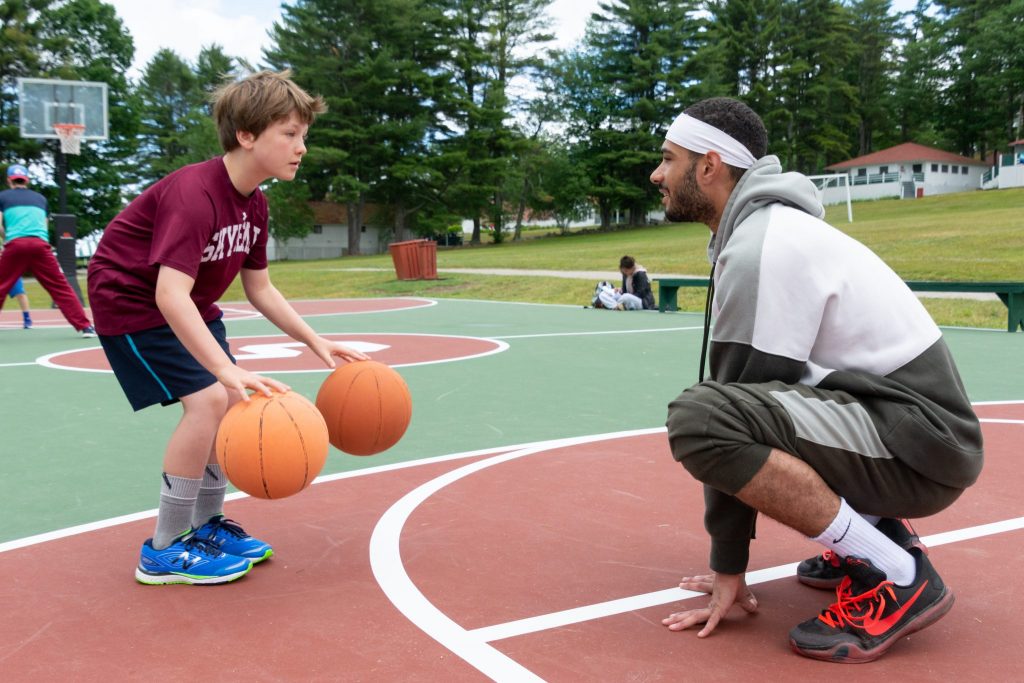 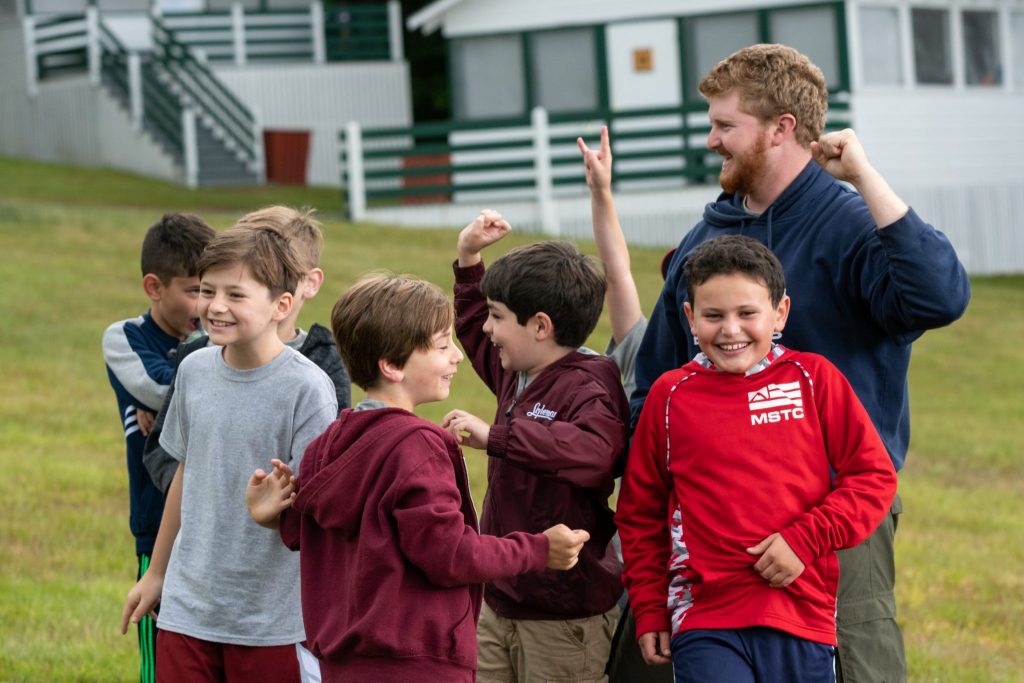 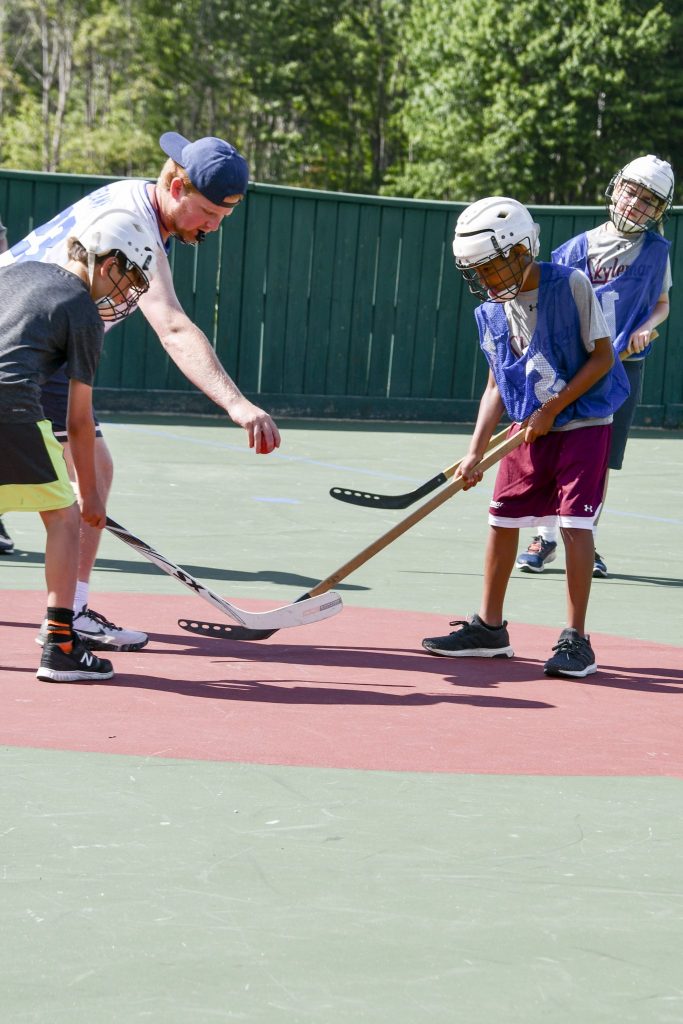 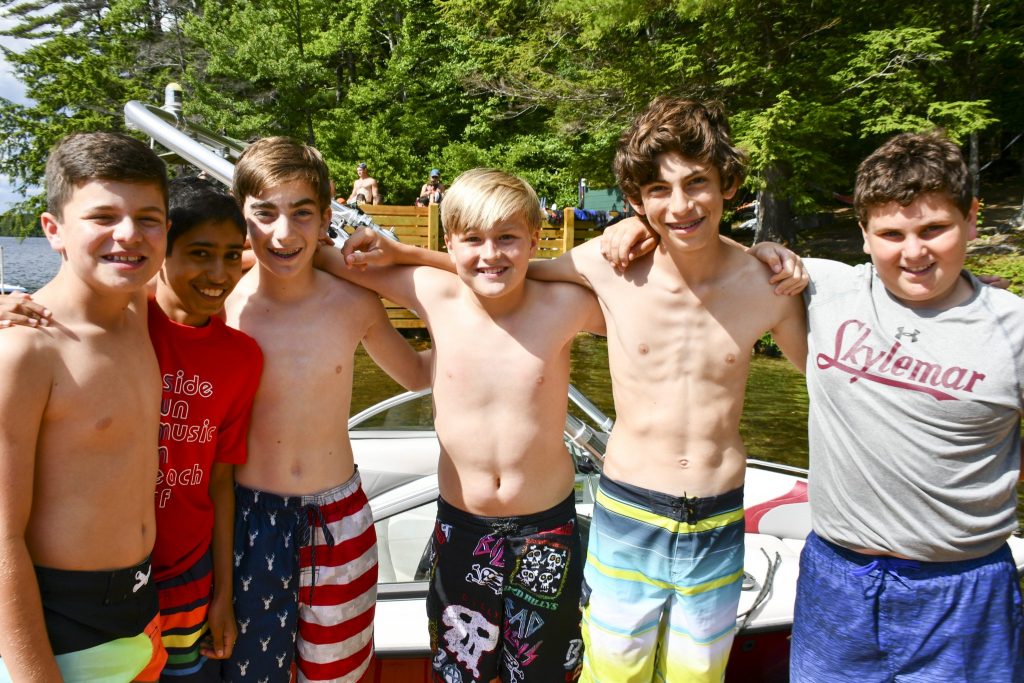 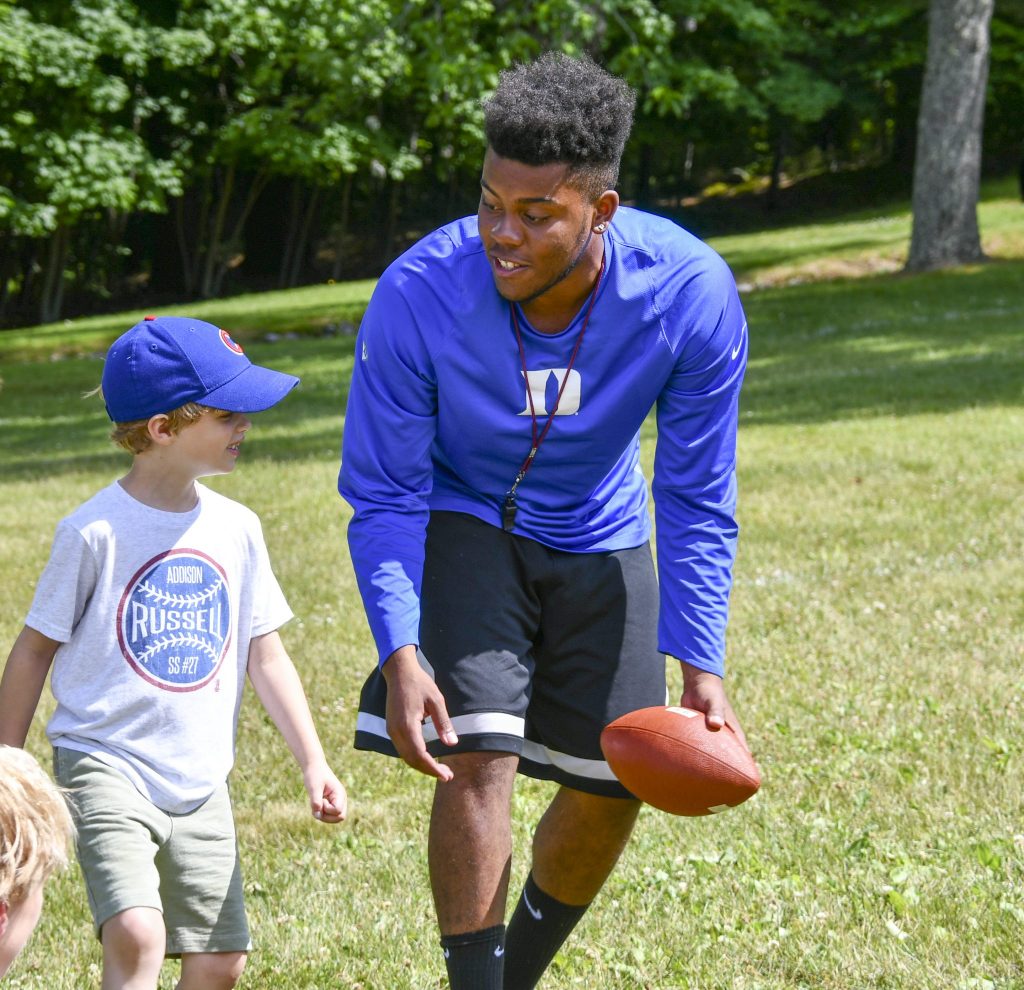 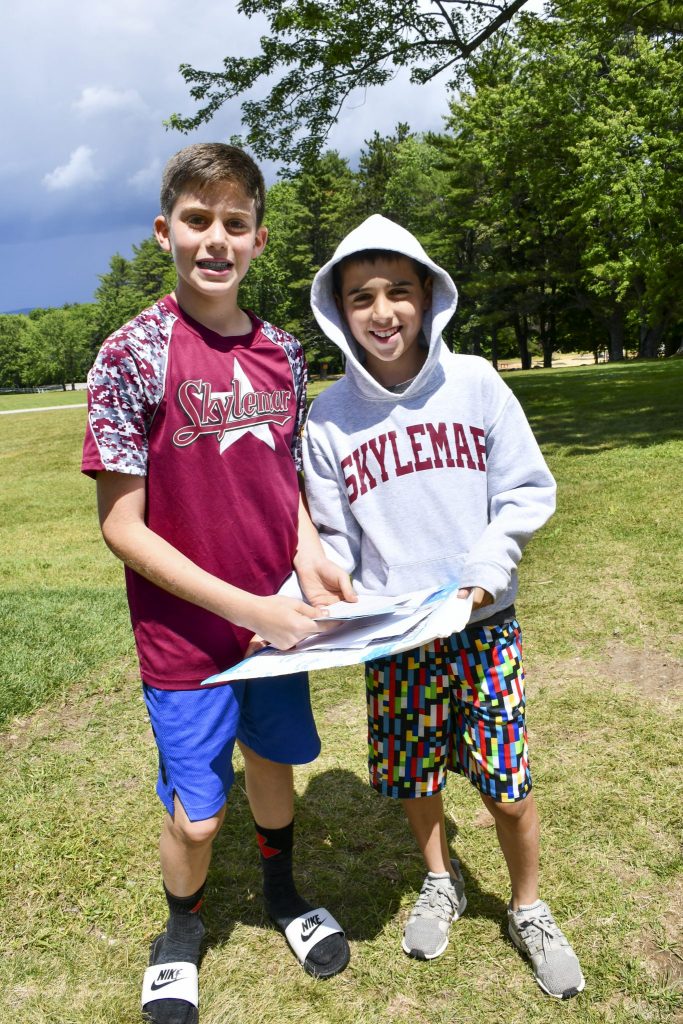 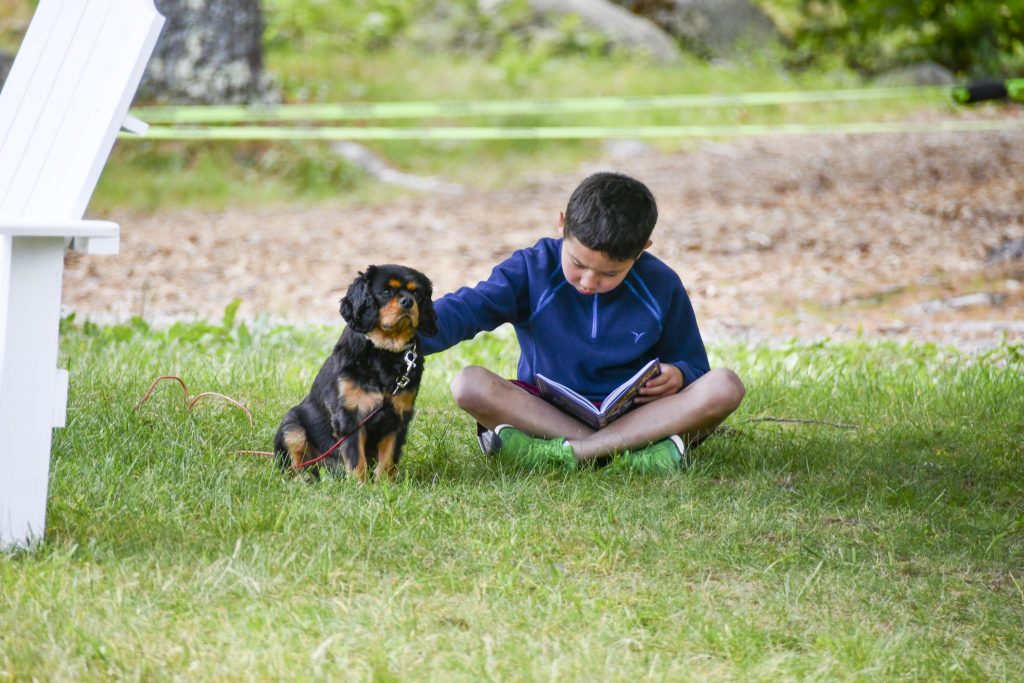 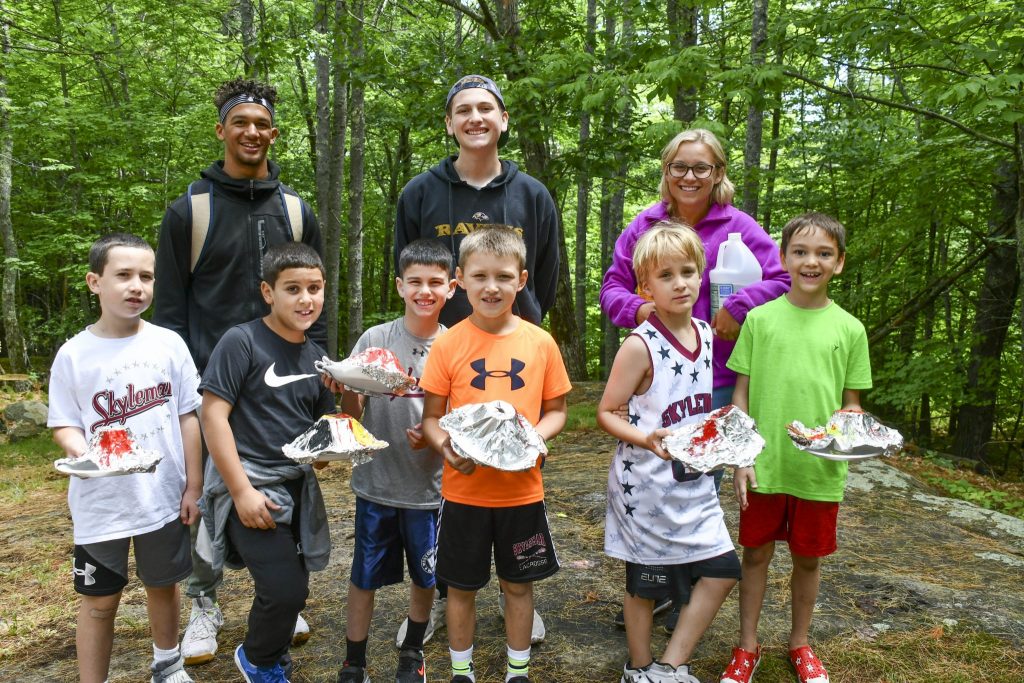 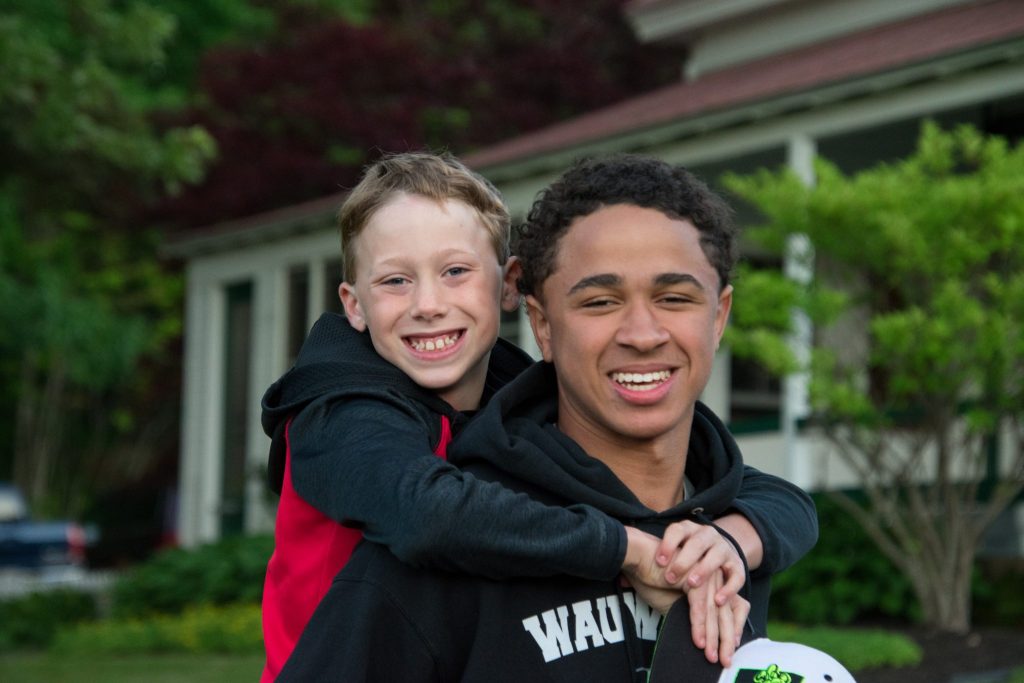 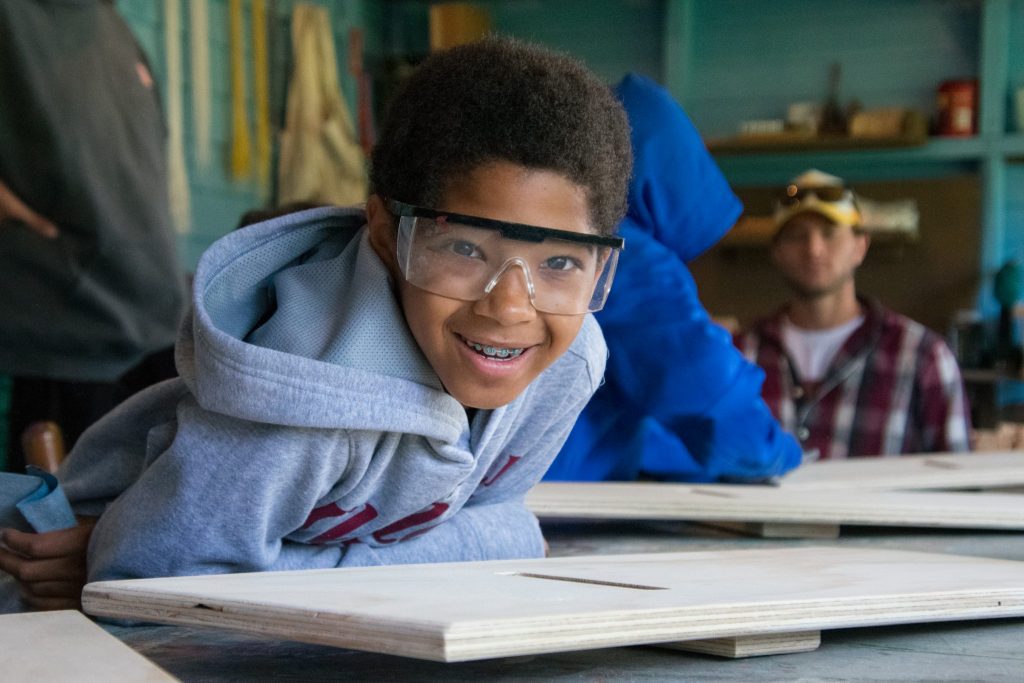 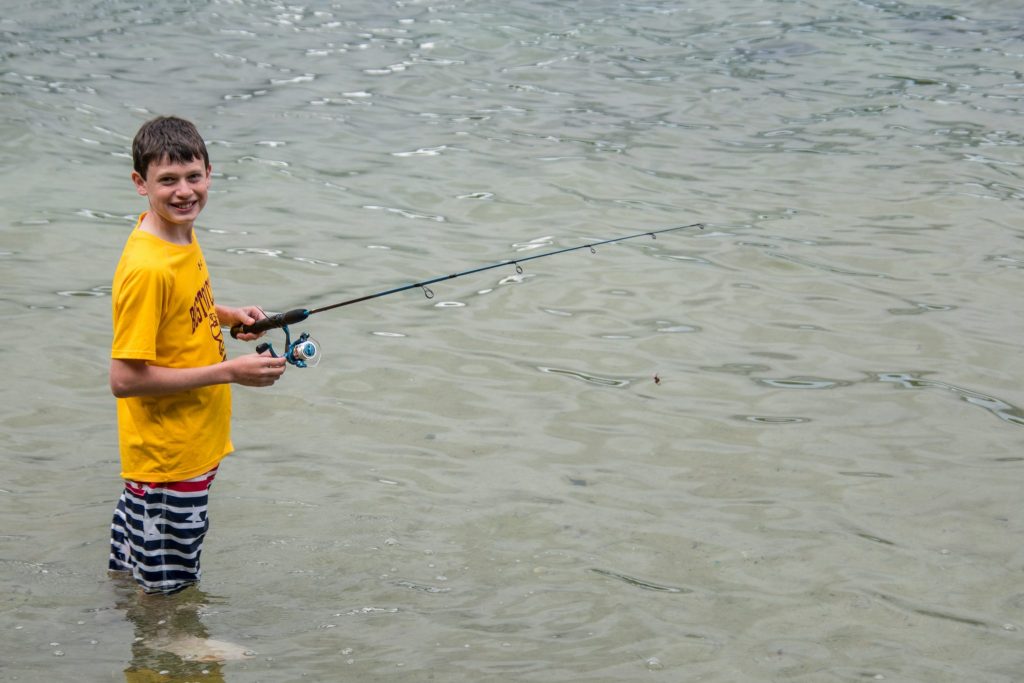 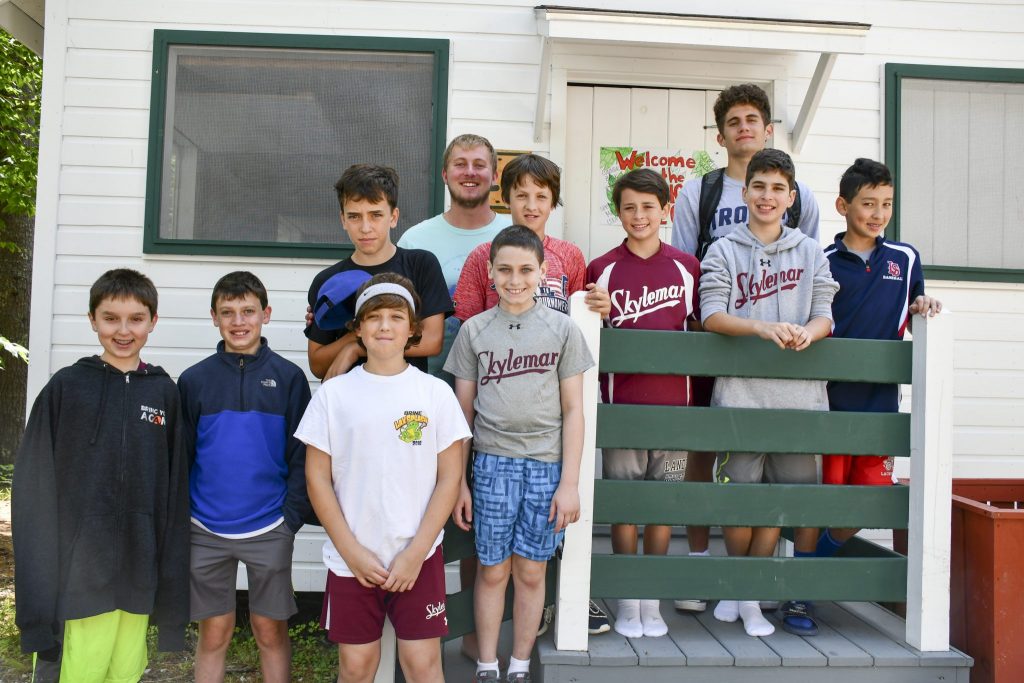 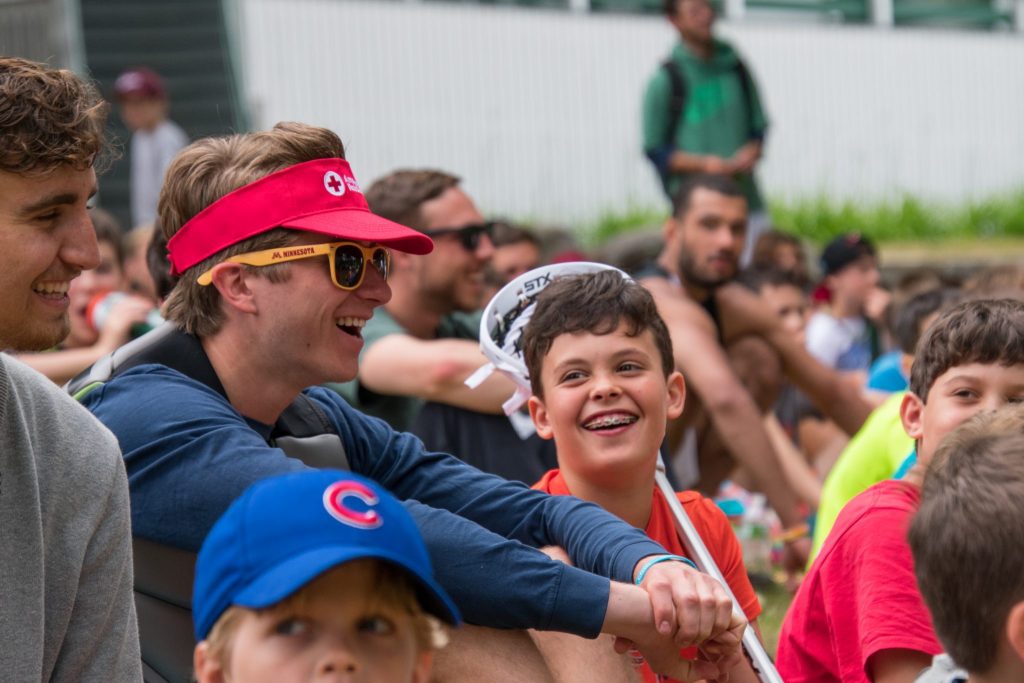 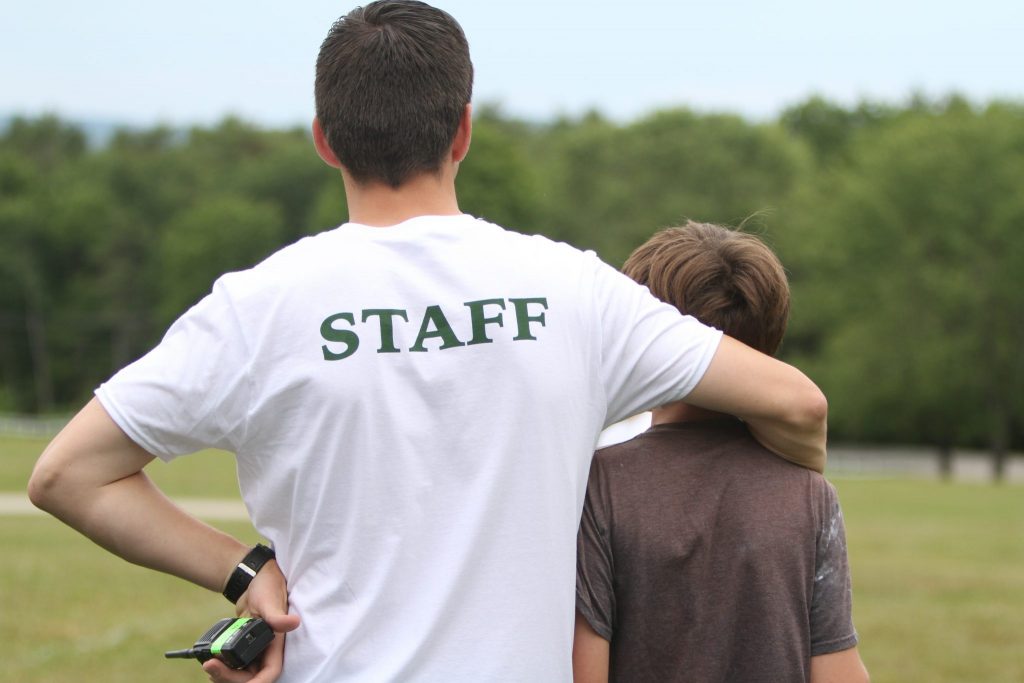 Even our neighbors with homes across Trickey Pond say that they live by the Skylemar clock.  There’s a bugle that blows when it’s time to get up, which plays precisely at 8.  The “snooze alarm” bugle comes ten minutes later, as if it was saying “we mean it this time”.

Sweatpants and hoodies are standard 8:30 breakfast attire. Oatmeal, yogurt bar, assorted cereals and a full hot meal like waffles or scrambled eggs prep us for the jam-packed day ahead.  Here’s how that goes:

Although the assigned activity periods change daily, the Clinic period is chosen for a week.  A Clinic is an intensive, longer block of time that’s selected by each camper individually.

Part of the Clinic fun is Sunday Signup.  That’s when the whole camp gathers, and counselors perform “commercials” (skits) advertising the clinic they’re offering.  Each boy in the audience has a “golden ticket” (a yellow card with his name) which, after the performances, gets hand- delivered to the counselor introducing the program they select.

The commercials are creative and hilarious, and each has a twist.  For example, World Cup Zone was a cross between playing mini soccer games and watching the World Cup.  Sky Pines Camping included fire-making, shelter-building and outdoor cooking.  All-Inclusive Baseball focused on pitching, hitting and catching, while Evolution featured vertical strength conditioning and the proper way to run.  AquaZone  included water polo, water football and aqua bucket-ball while at the Skydeck there was a tour of Asia.   There was Football Pass and Catch, Lax Shooting, Tennis Basics, Volleyball 101, Steal the Bacon, Old Man Hockey, Basketball Ball-handling  and SkyLinks Golf.  SkyDucks at the Ski Dock was all about waterskiing.  Chill-on-the-Hill takes place at the Arts & Crafts building where you create what you want while listening to music and relaxing with friends.

The Paddling Club sounded really fun, and it included kayaking, canoeing, stand-up paddle boards and Big Bertha.  Bertha’s a giant SUP that the whole bunk can take out.  Another fun one was the Ropes Course for “Hangin’ Out”....they’ll be using the Giant Swing and zipline.

Shark Brothers Reading Club featured the Stern brothers dressed as the giant fish.  The costumed characters told shark jokes like:  "What book does a shark like best?  Anything he can sink his teeth into."  Not sure of  the connection between sharks and reading, but a good costume can “make” the commercial.

Now for the hard part.  Making the decision.  Which would you pick?

We are active, hands-on parents, but know that there are certain phases in our children’s life that they need to learn and experience what life is like outside the nest. Nowhere is a better test ground for that then at Camp Skylemar.