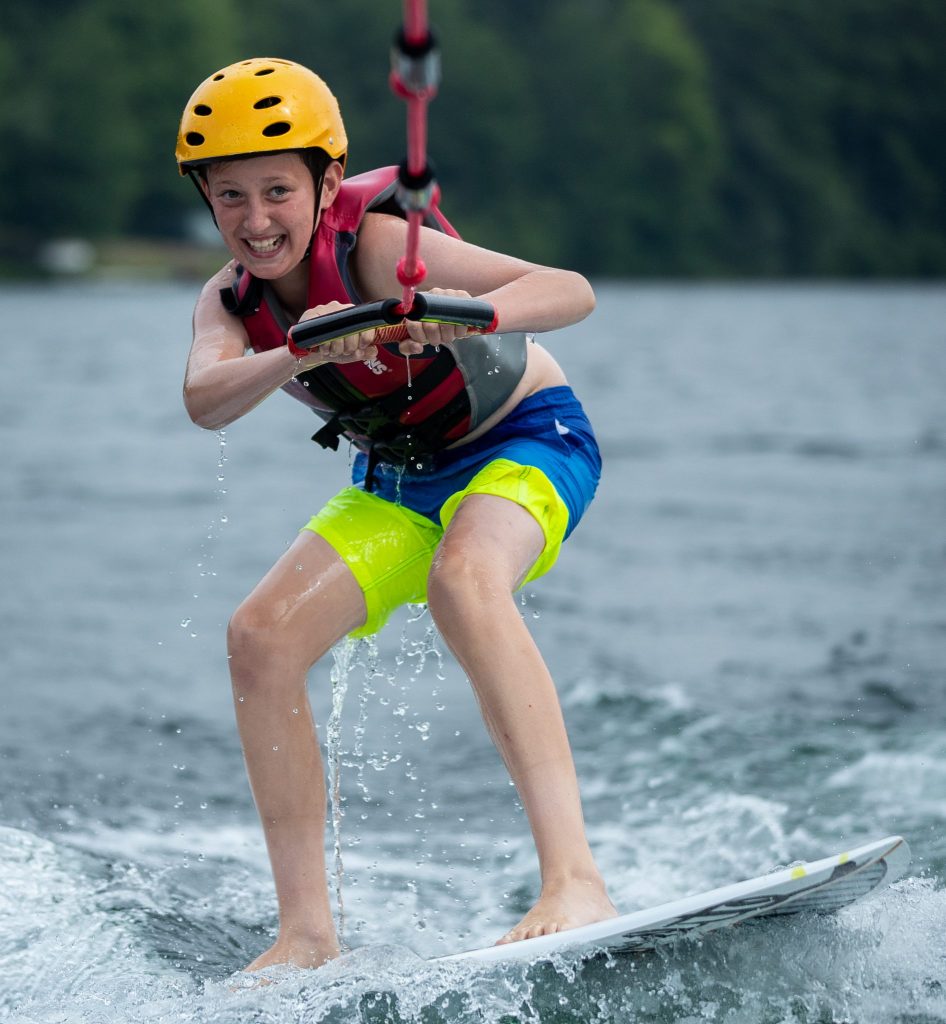 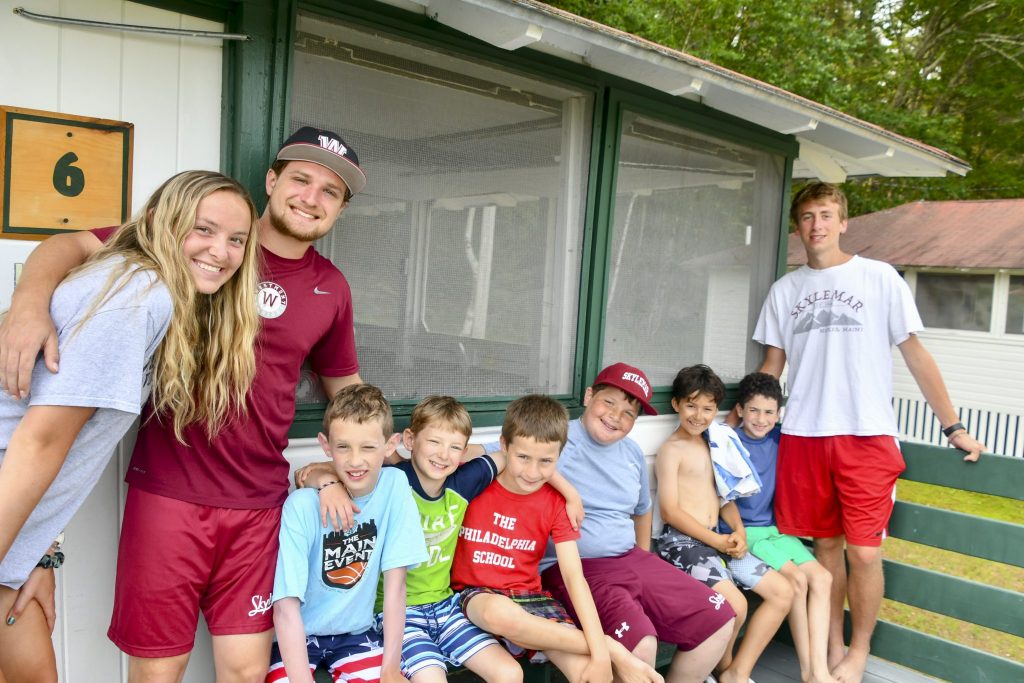 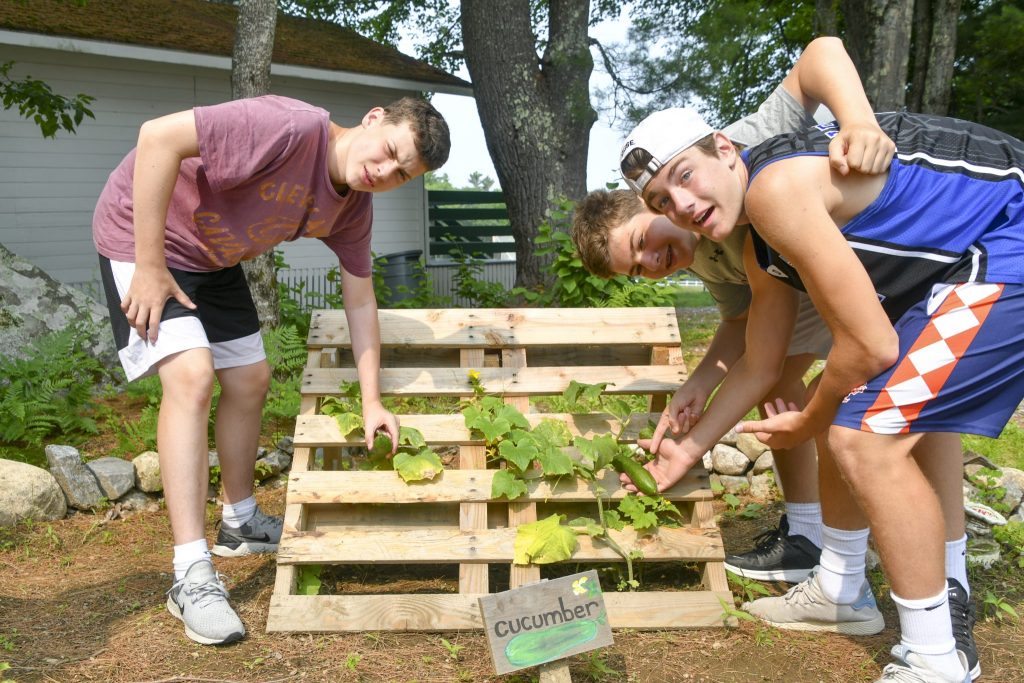 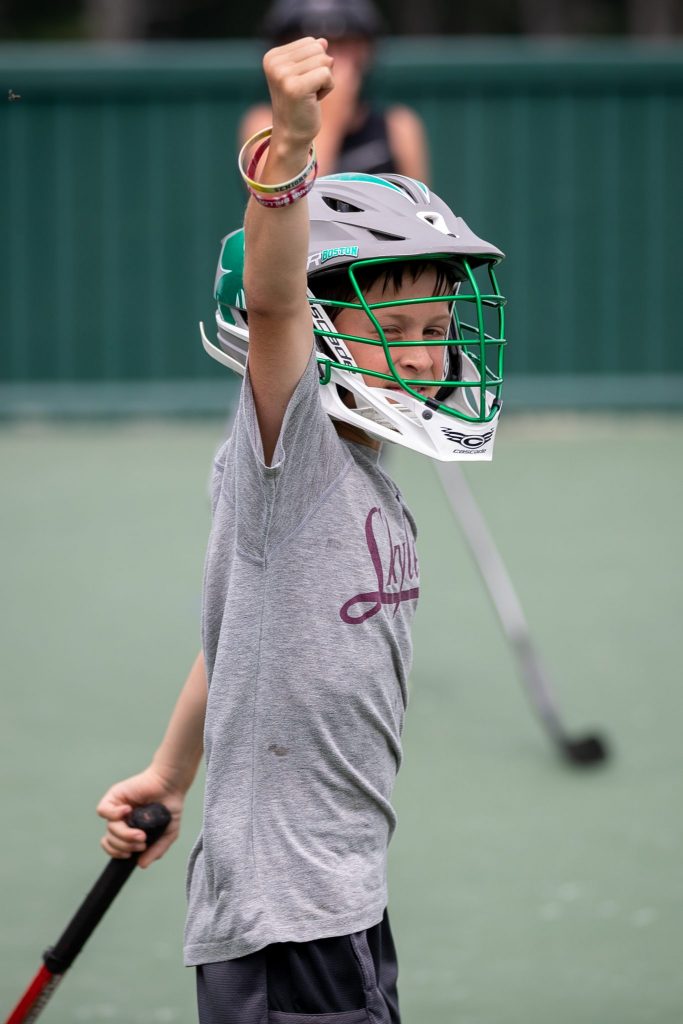 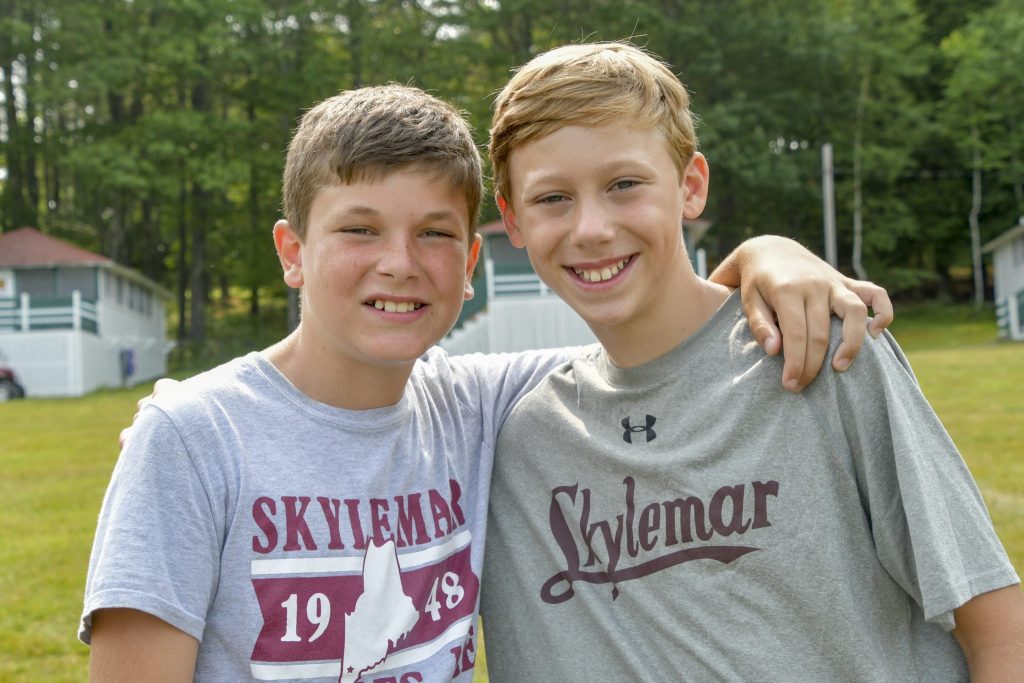 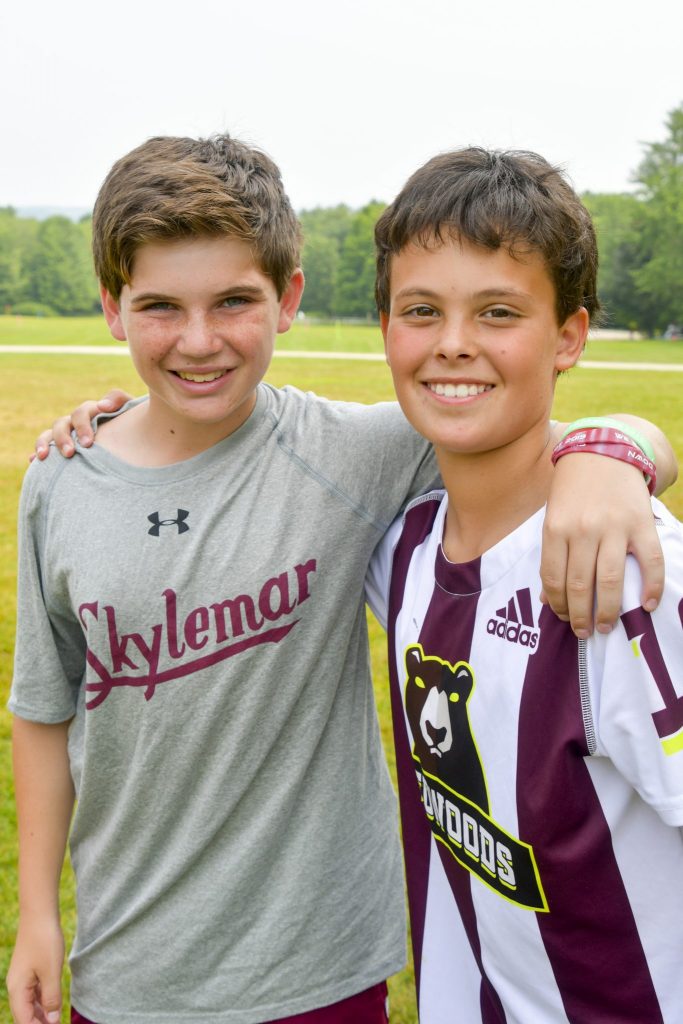 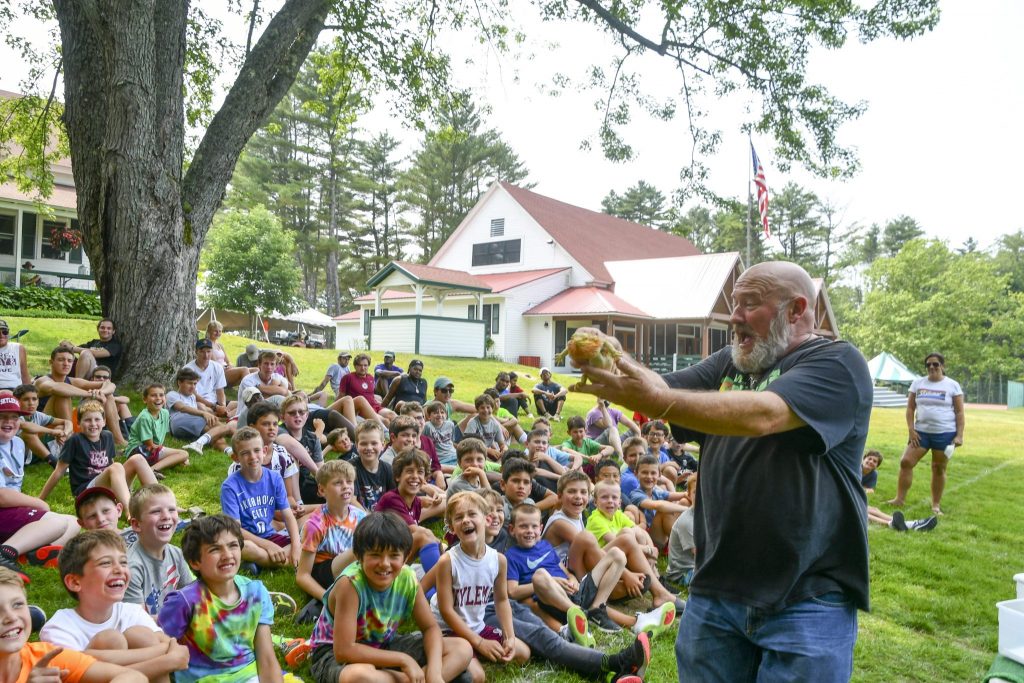 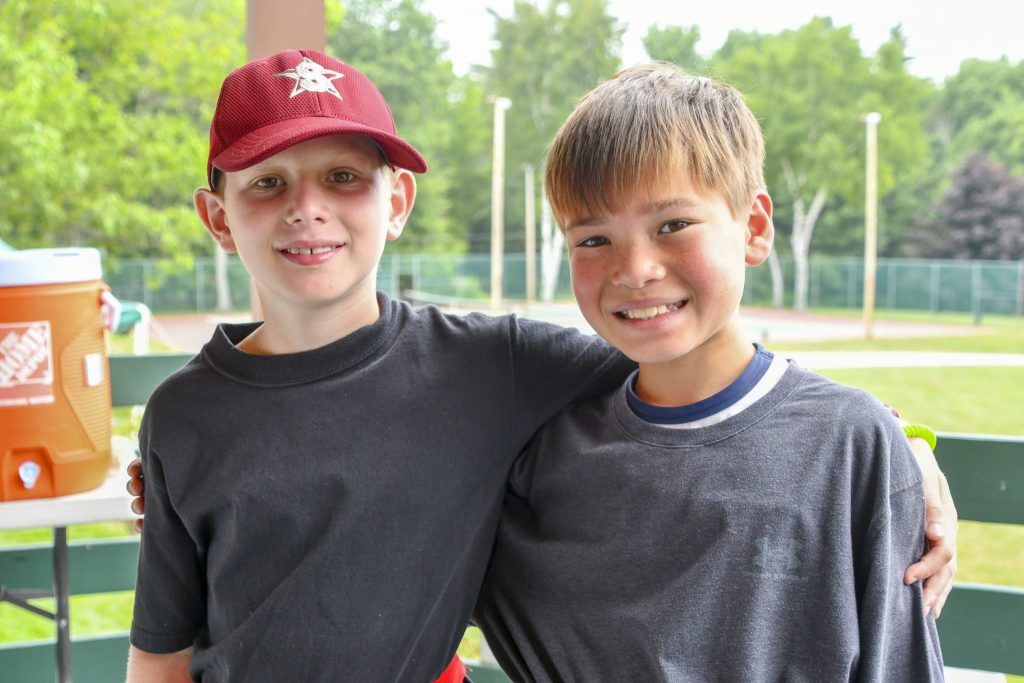 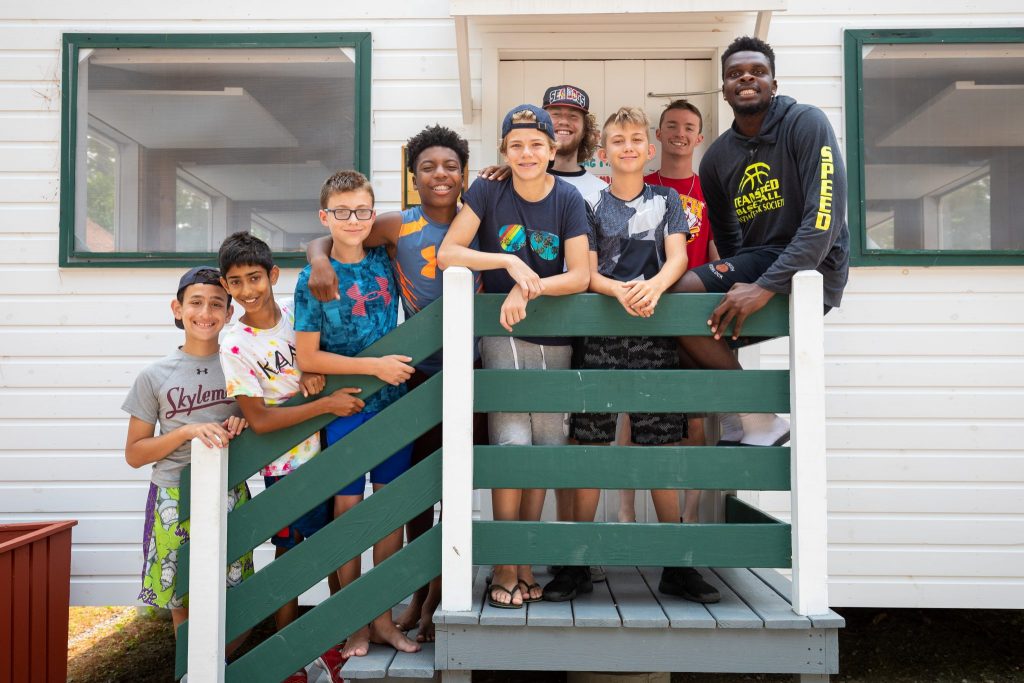 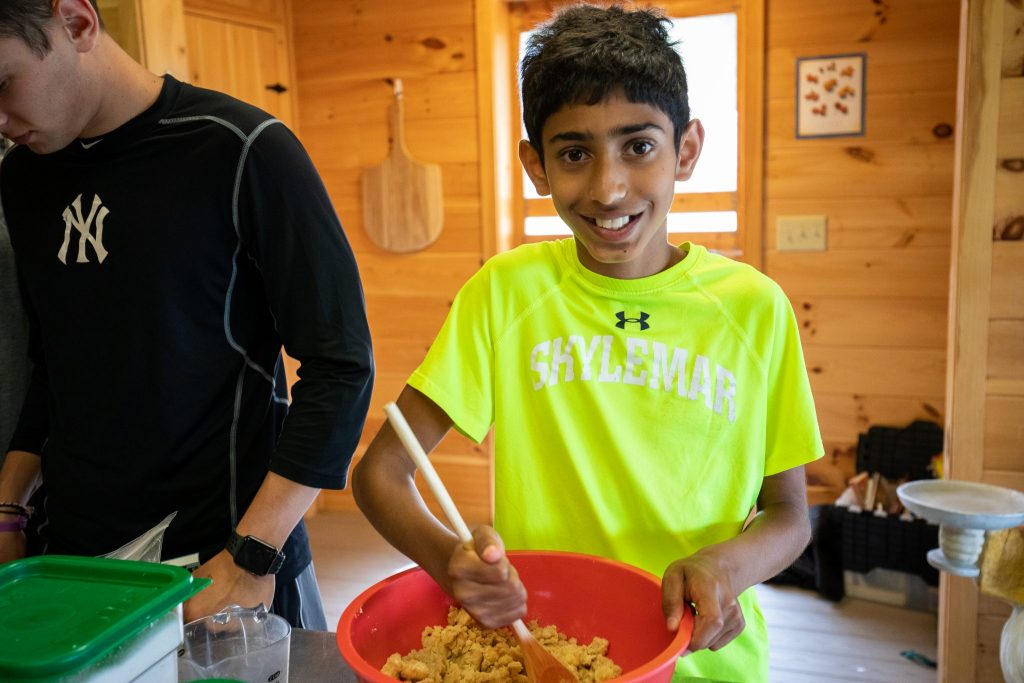 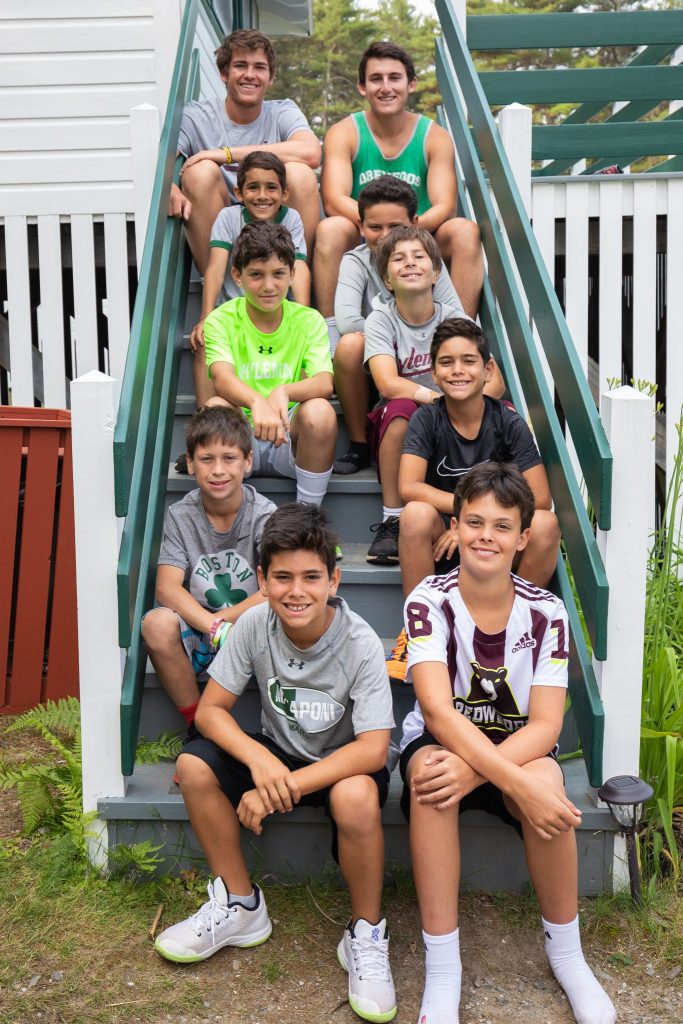 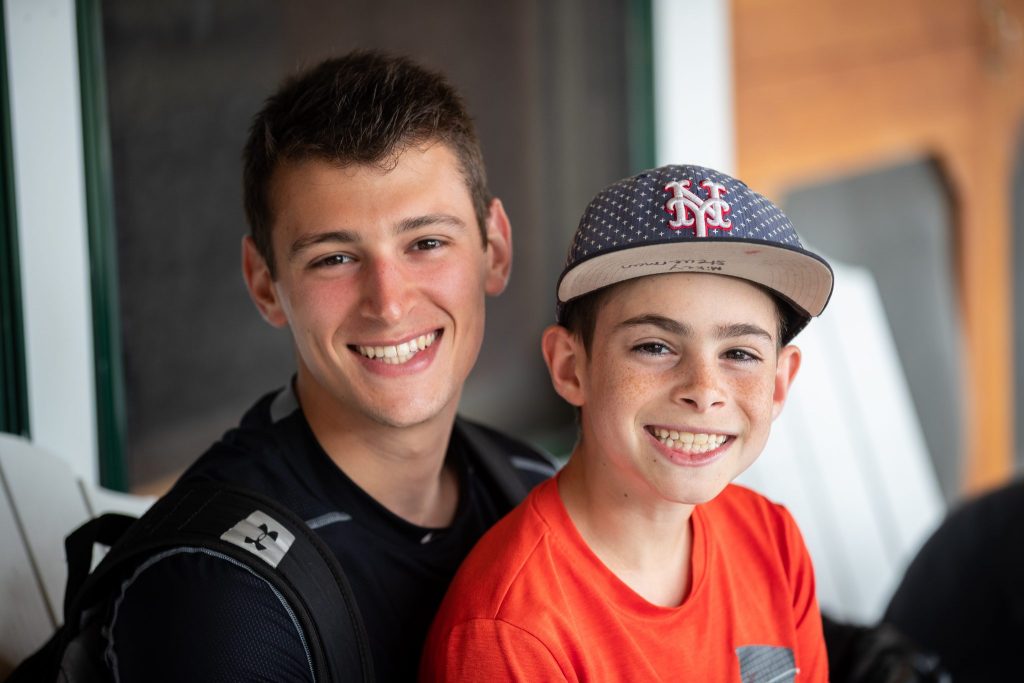 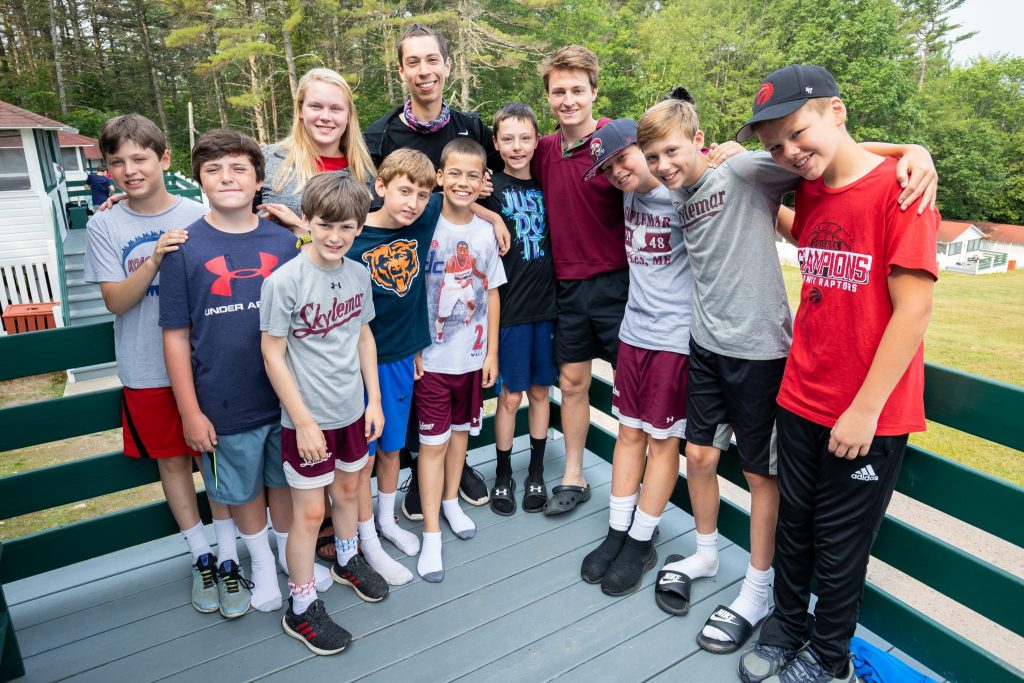 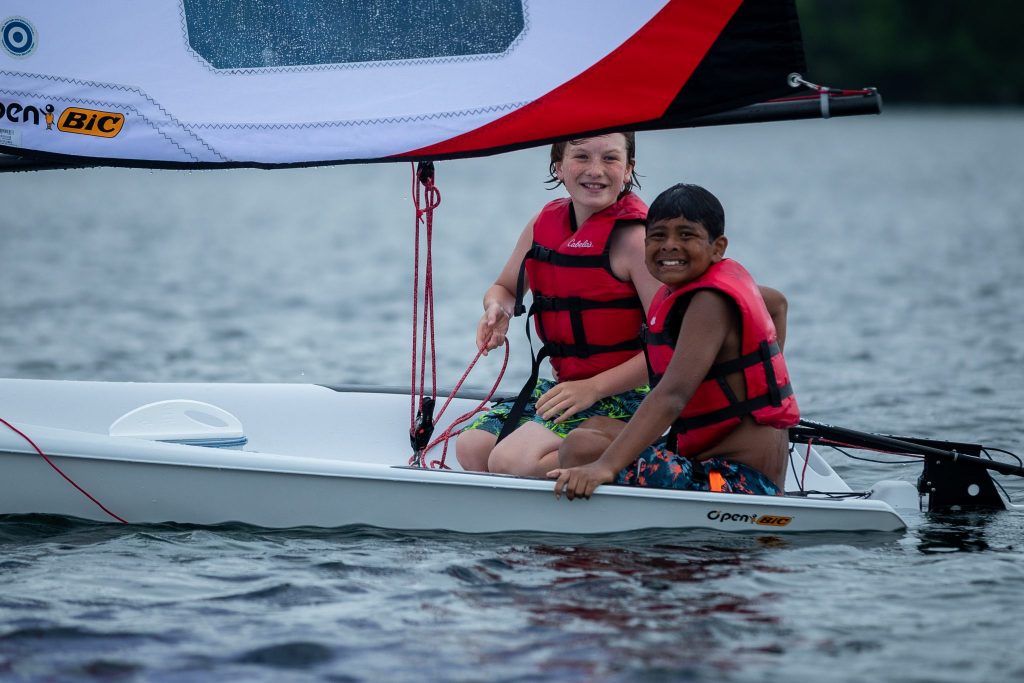 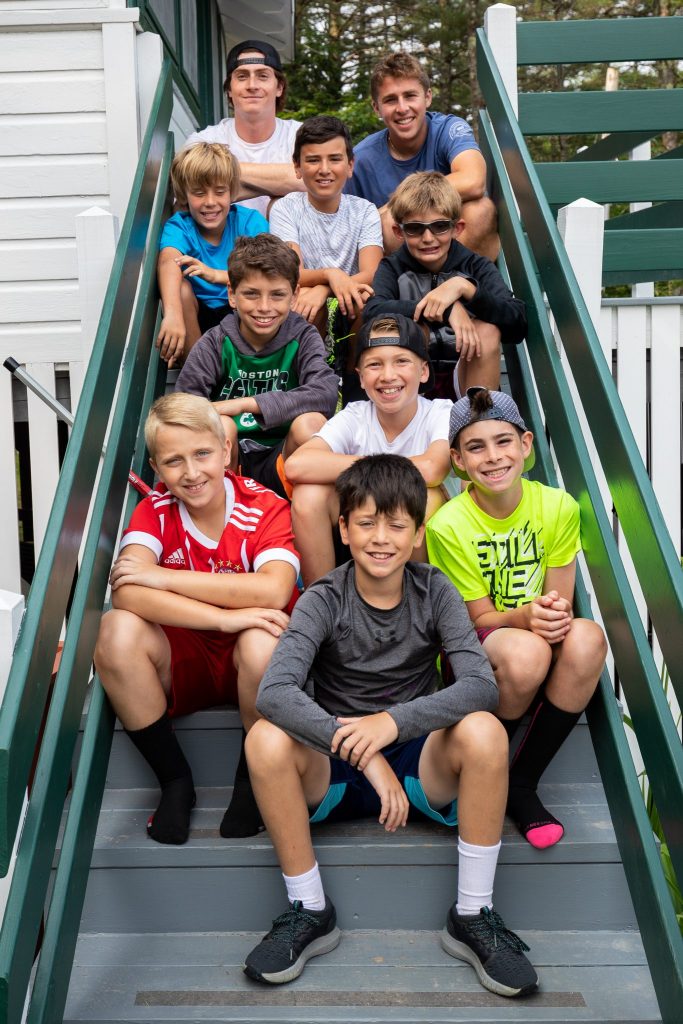 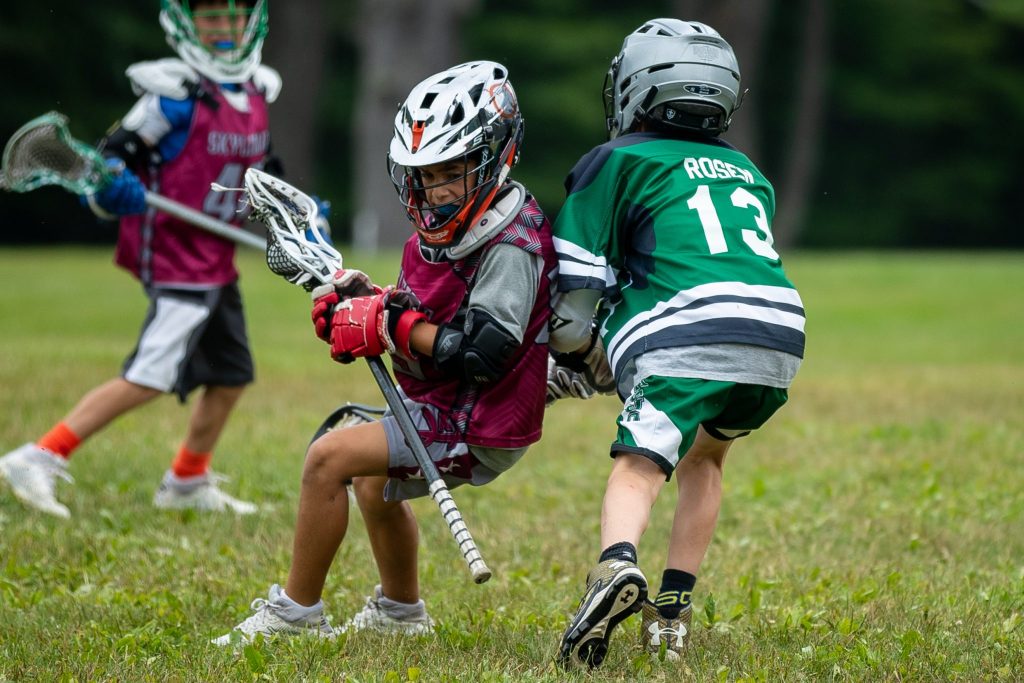 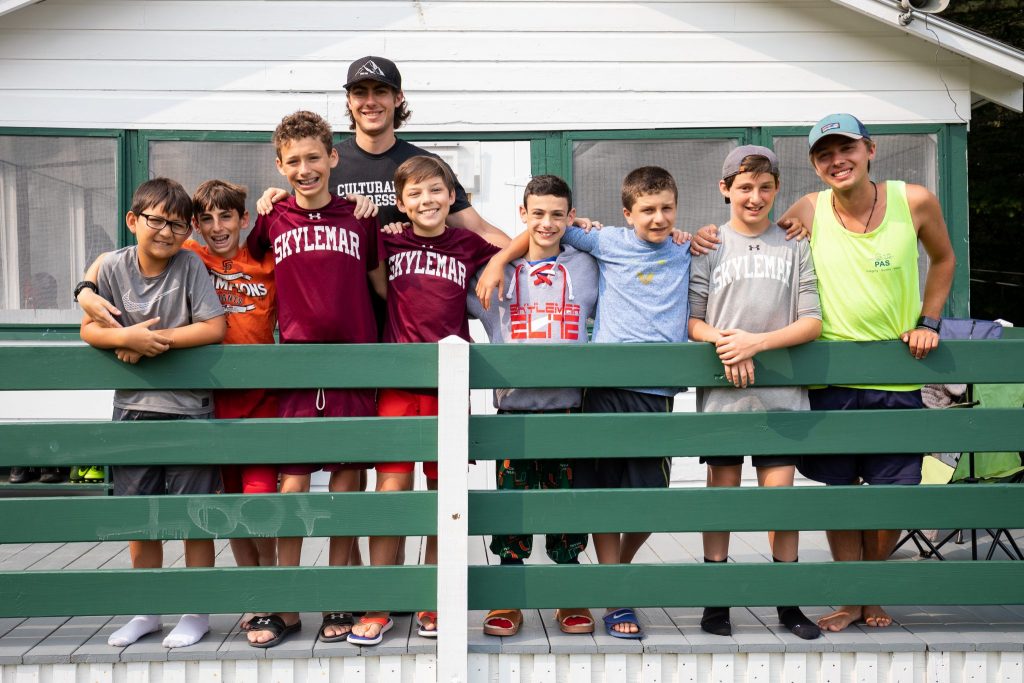 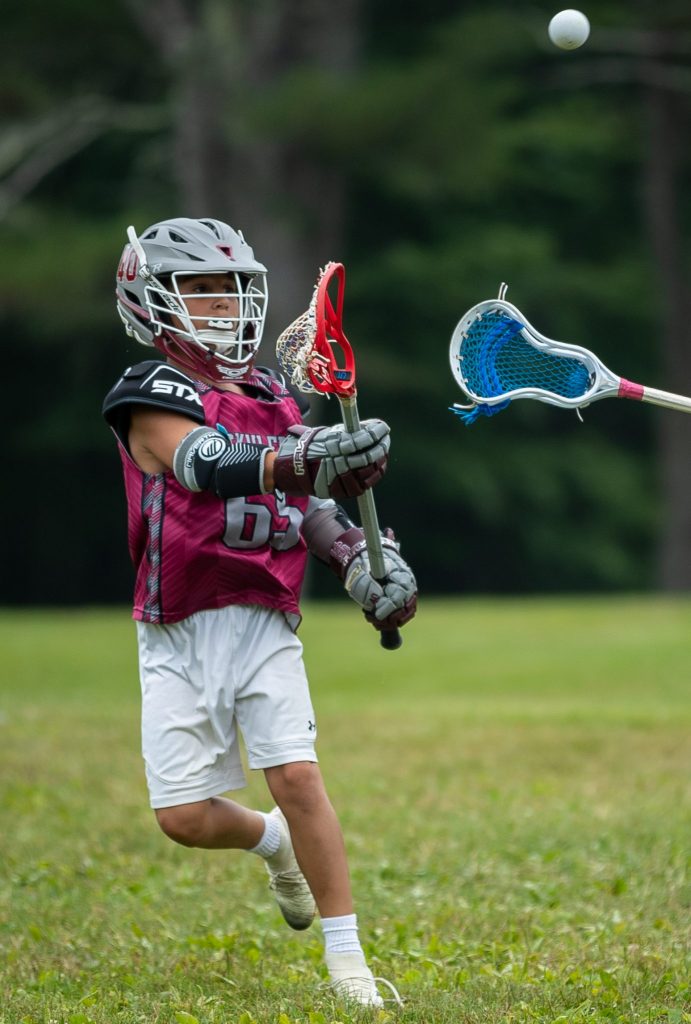 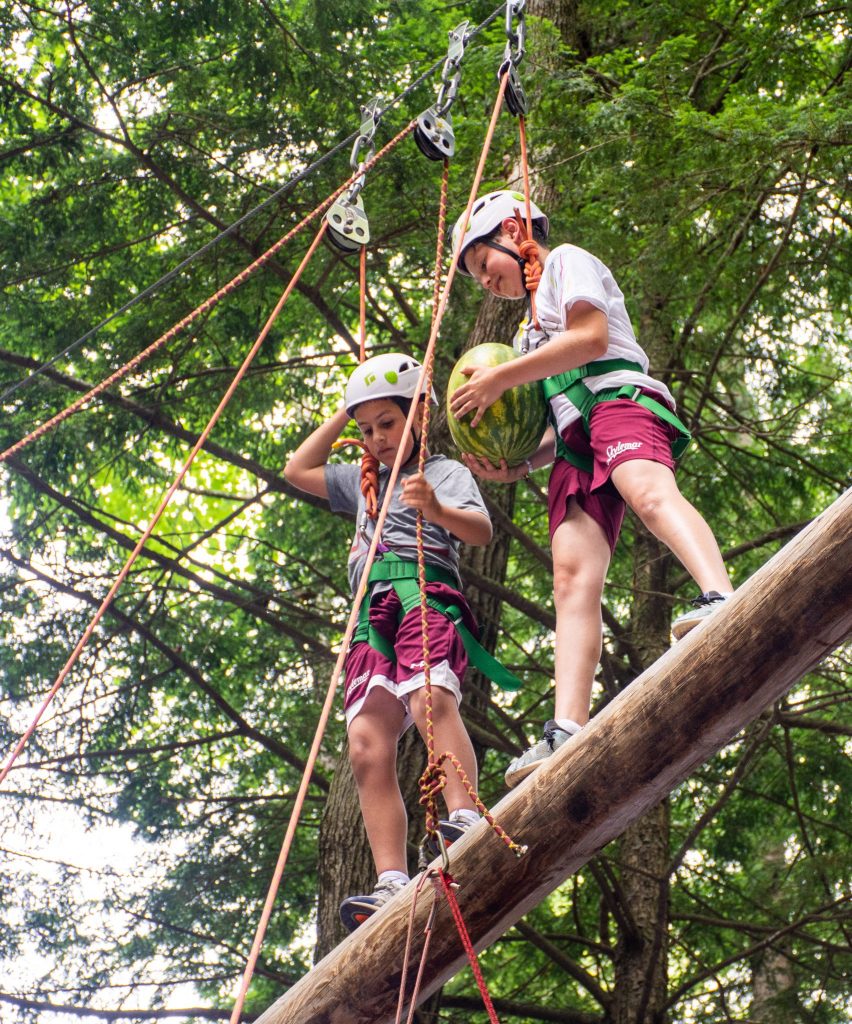 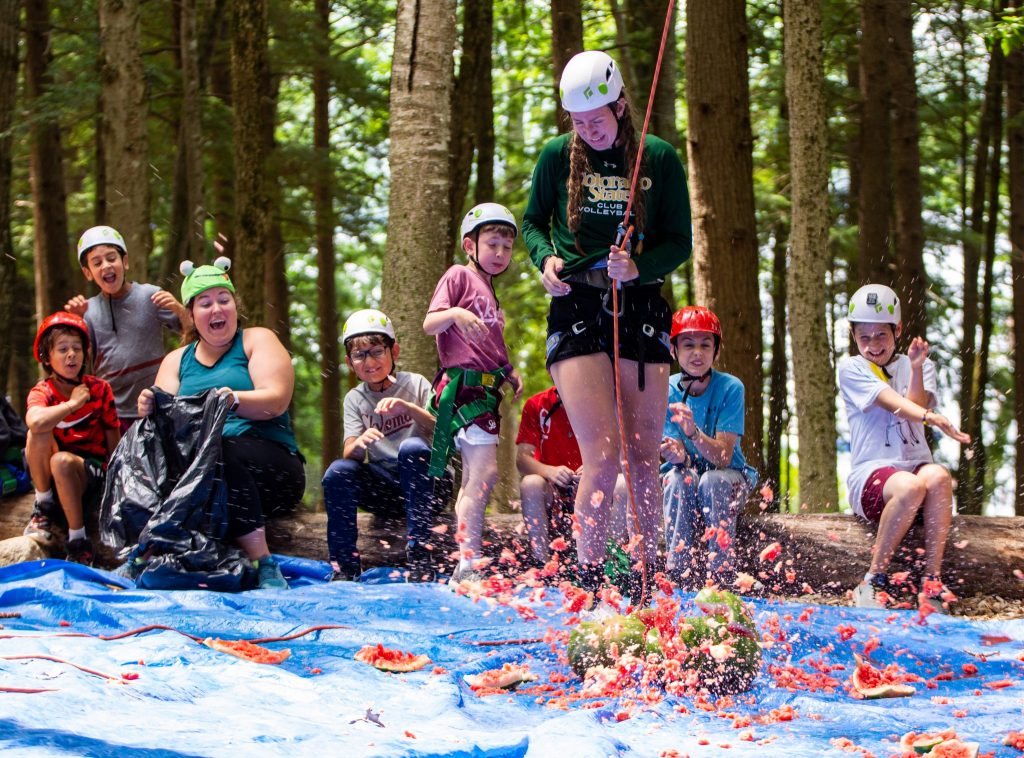 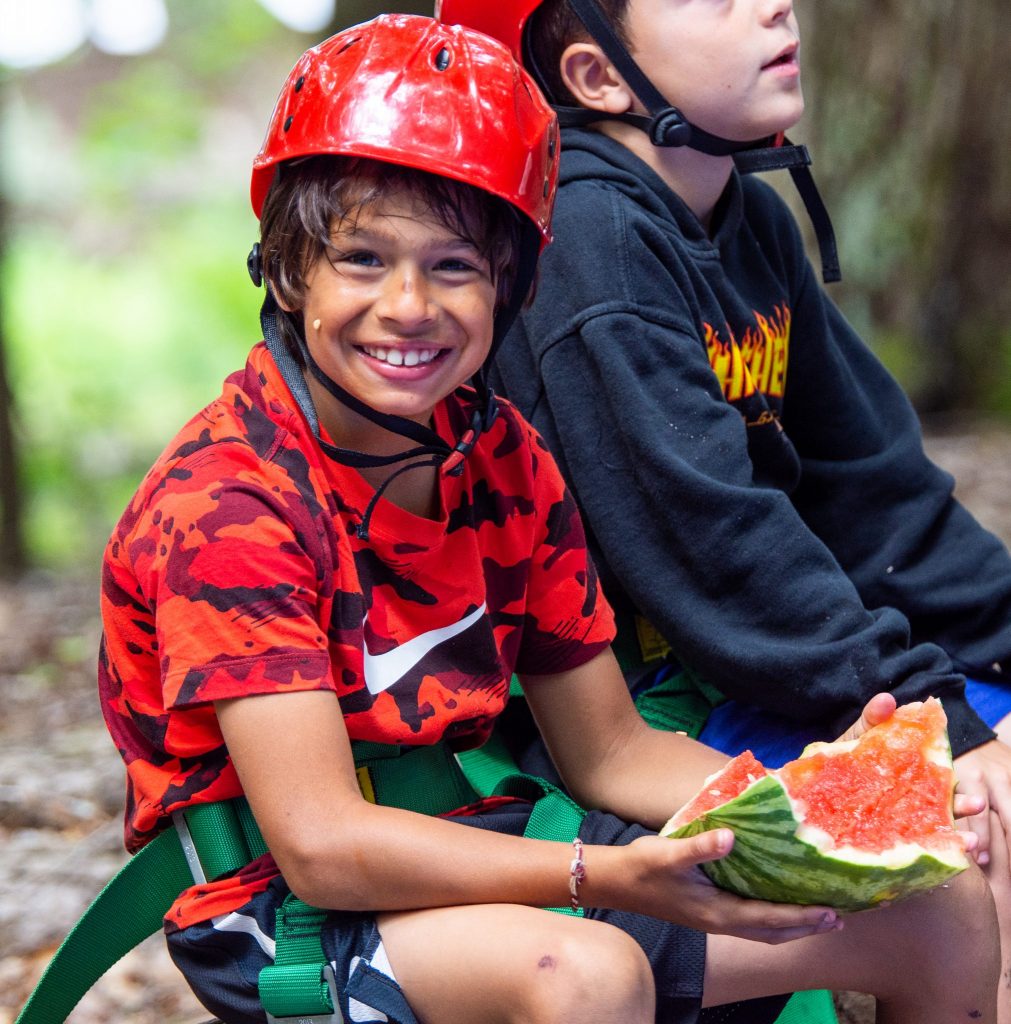 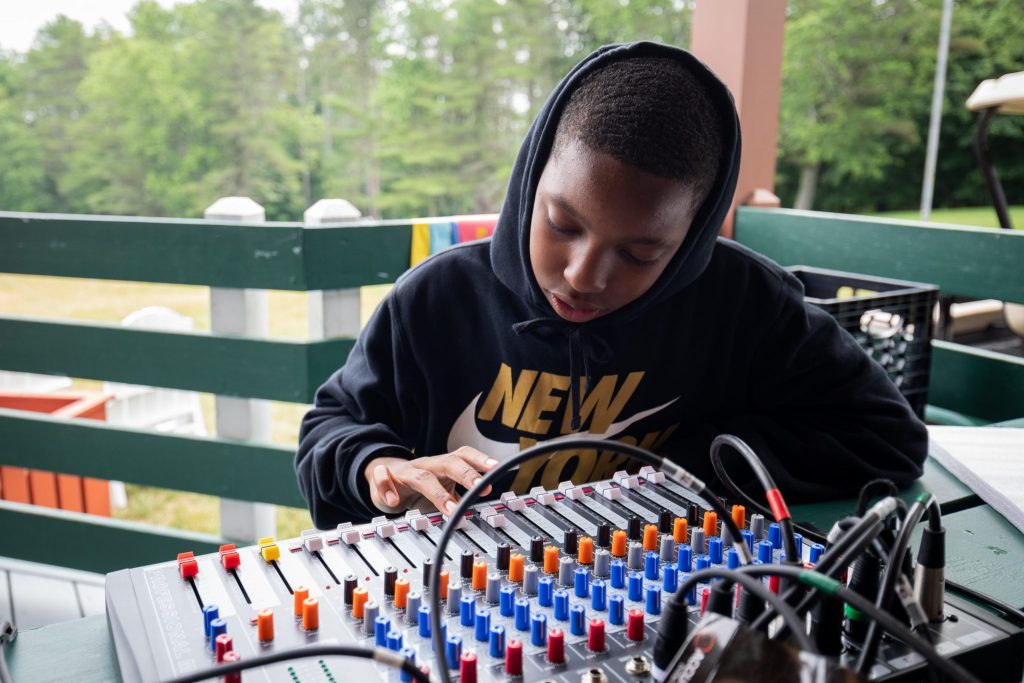 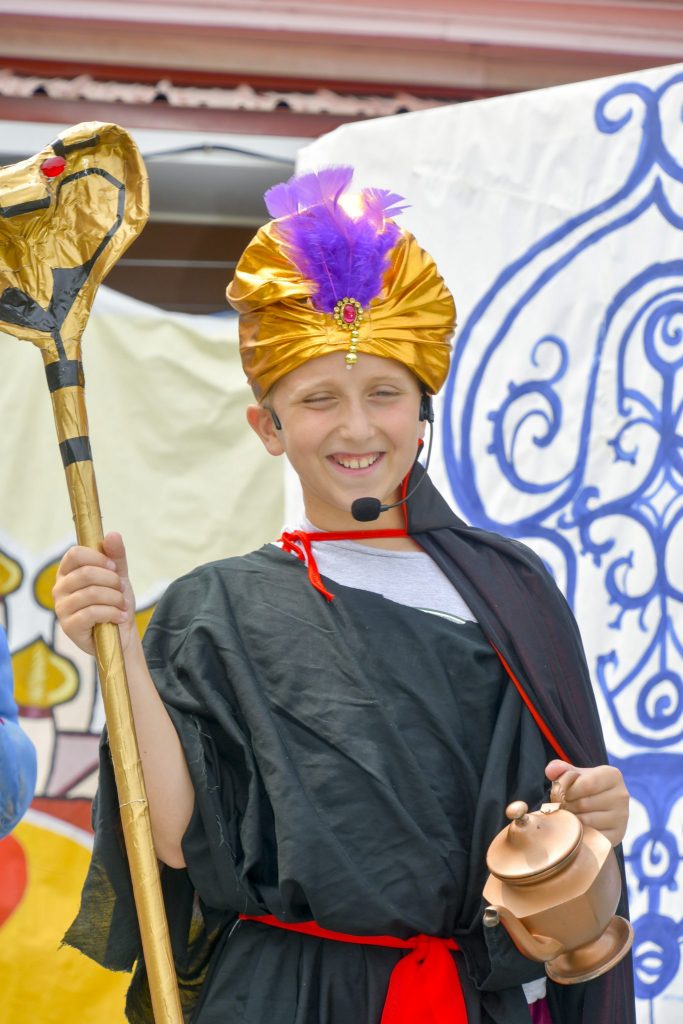 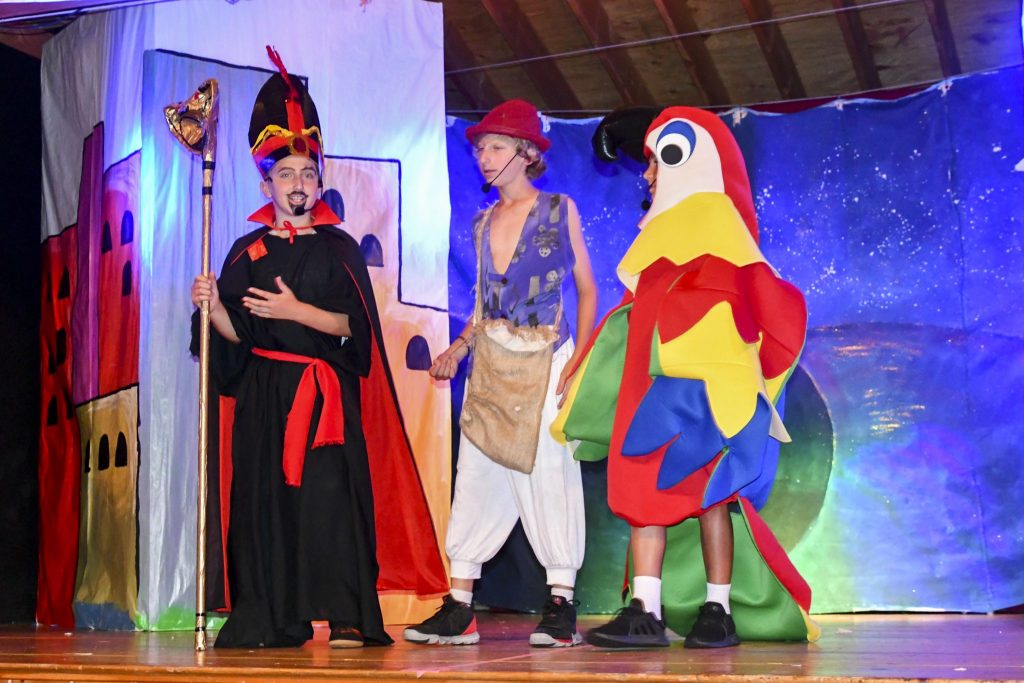 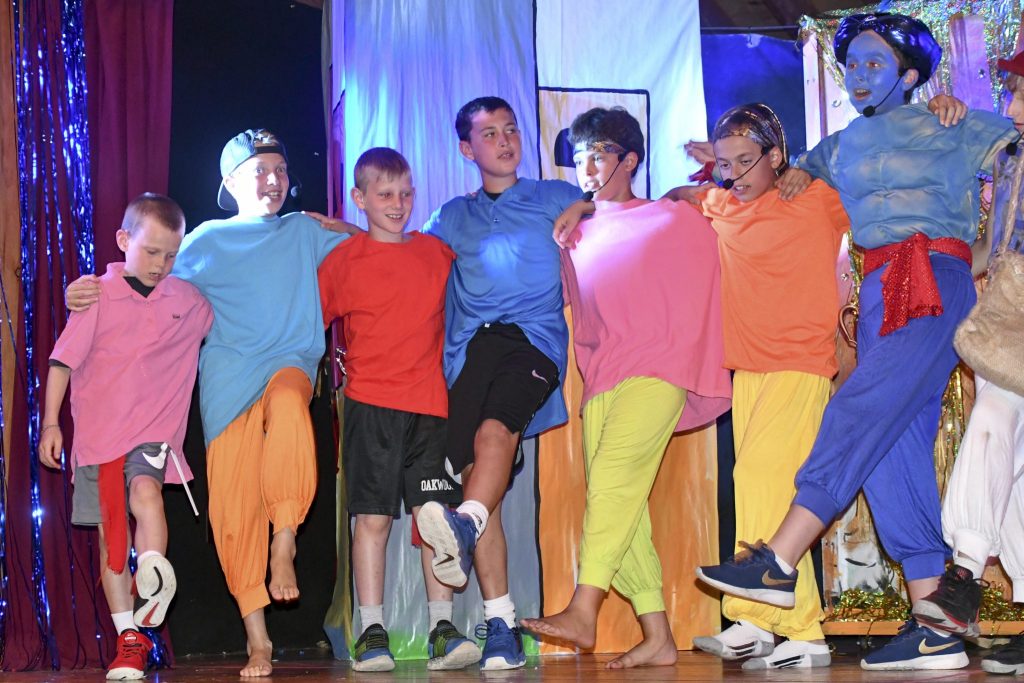 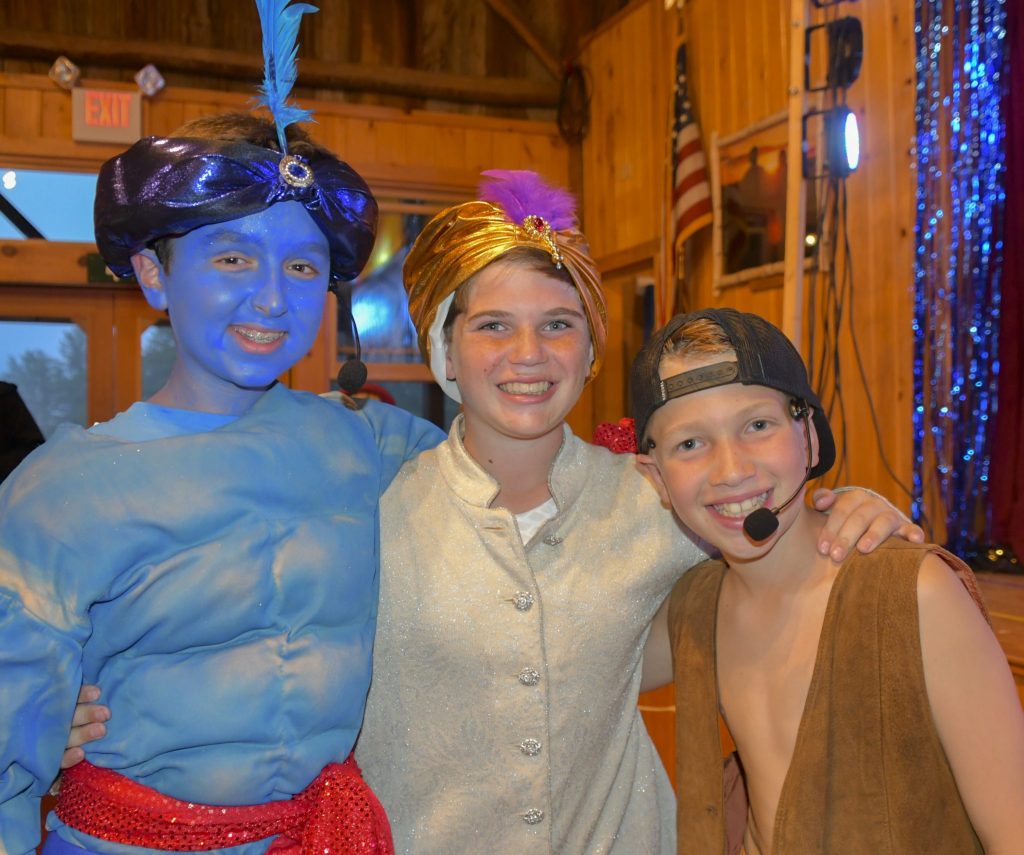 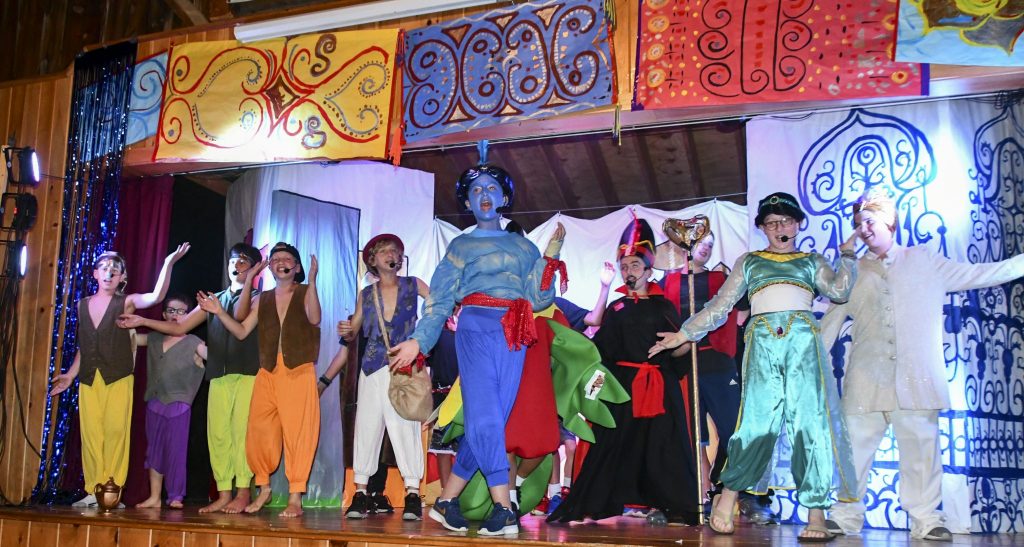 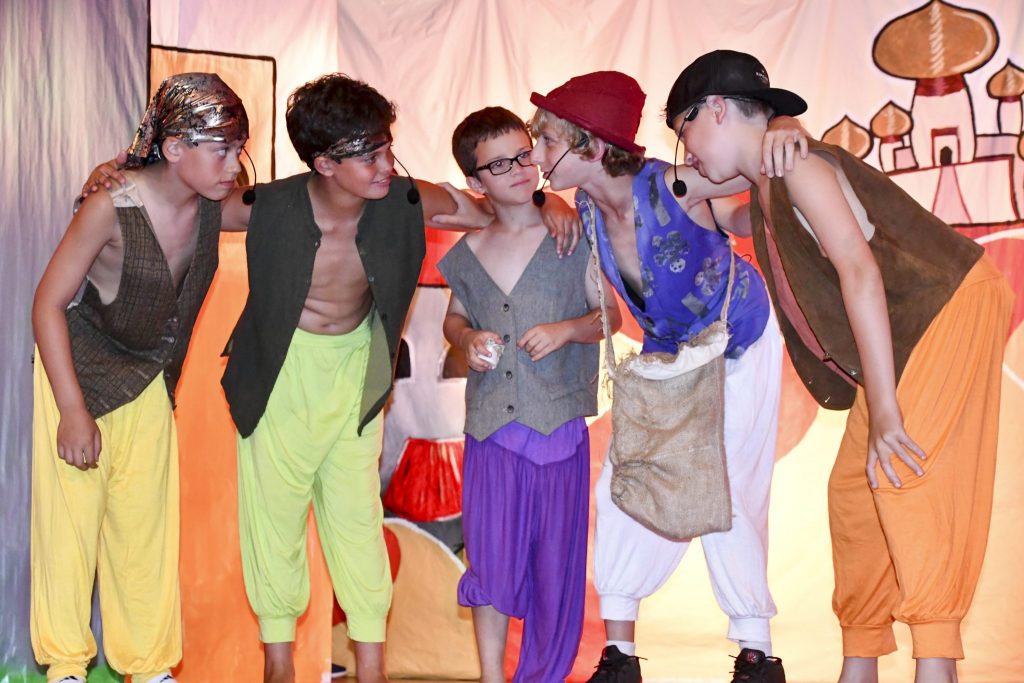 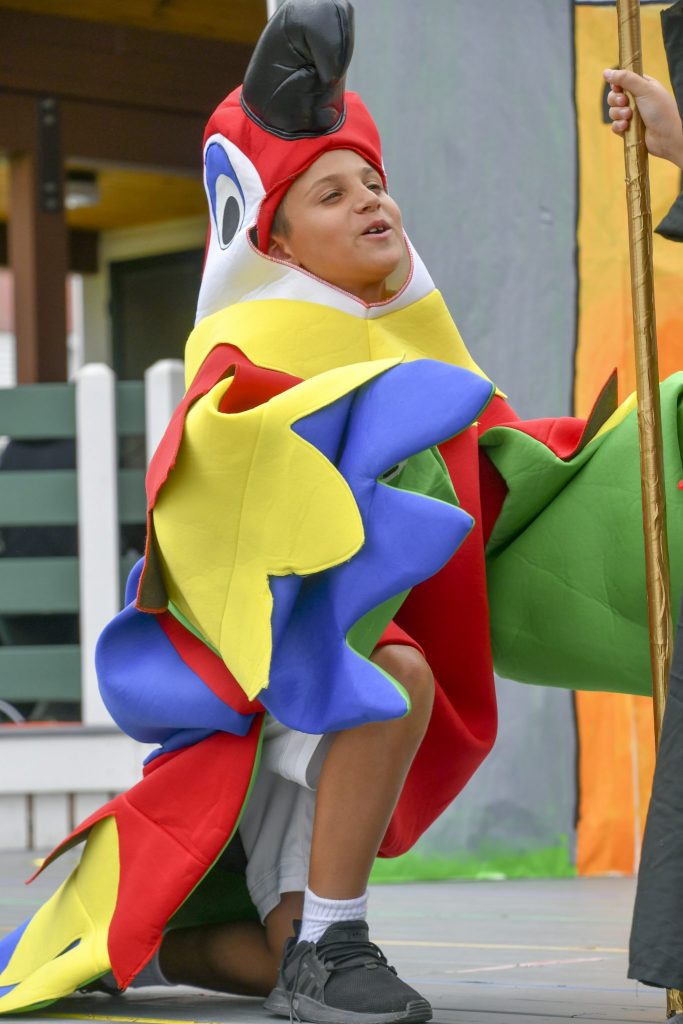 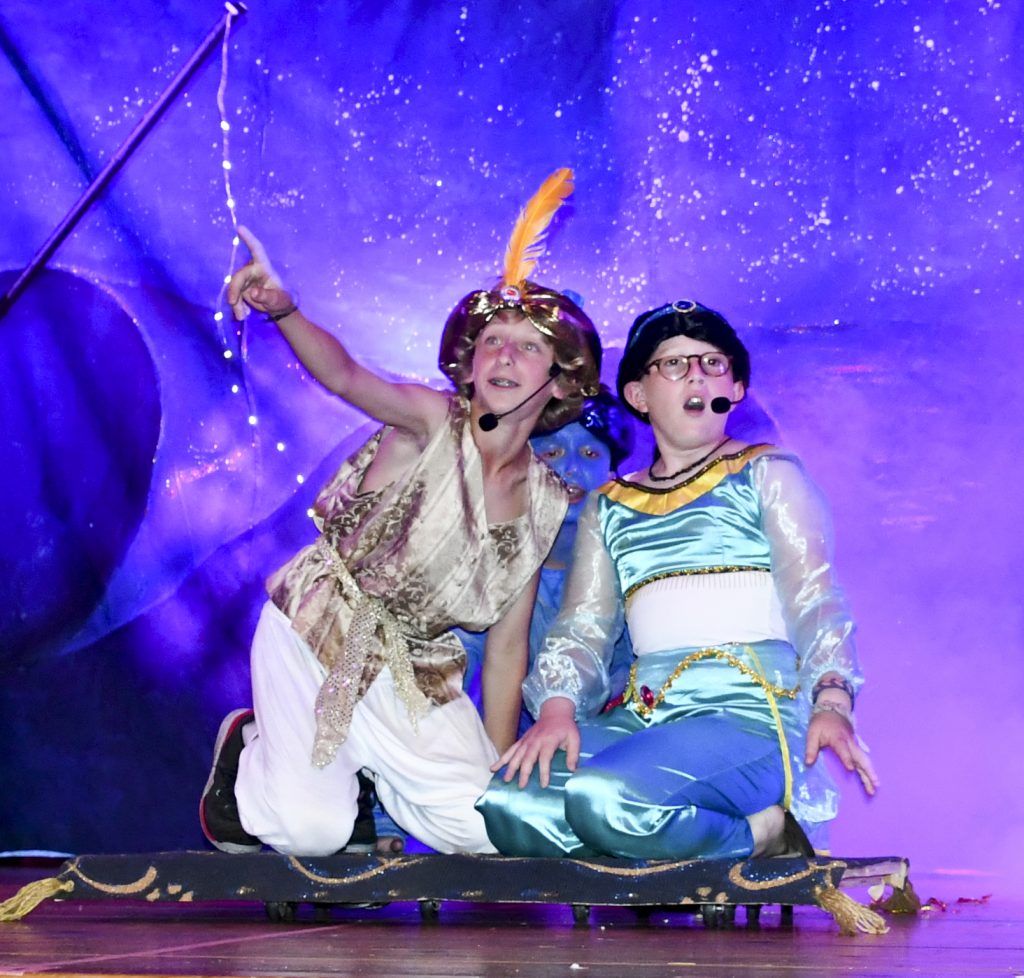 Get their autograph now, because the cast of “Aladdin” sure has talent!

The Gerhard Stage was magically transformed into the city of Agrabah this evening. Eighteen impressive campers, age 7-14, worked hard for weeks to entertain and impress the entire camp with a remarkable production.  We loved it!

Thank you times a million, to the greatest drama director in the world – Suzie.  Assisted by Diane, Maddie and Nate P, Suzie directed, choreographed, costumed and created the sets.  Think how much time the Tony Awards could save if they just made “Best Suzie” as a single category.

There was plenty of intercamp action both in and out of camp today in assorted age groups.  In the biggest Tennis tourney of the summer, Skylemar was well represented in matches played throughout the day, with several players advancing far up the draw.

Elsewhere, the oldest guys (16U) battled through a few hard-fought, well-played road soccer games, and so did one of our two 12U Hoops teams, both with mixed results.

Back in camp, Skylemar hosted a 12U Basketball Tourney of our own, as well as a 10U Lax Tournament.

The Hoops team (2-1) lost a close game in between 2 great wins, including an OT thriller led by Grant H on both ends of the court, but it was the loss that generated the most positive reaction.  Spectators from both sides noted that they hadn’t seen any team at that level pass the ball as much we did… so much so that other camp’s coach, during a timeout, urged his team to “Pass the ball like they do” – quite a compliment to the teamwork displayed by our guys.

Over at the Hejduk, the 10U Lacrosse team went undefeated, winning the Championship in impressive fashion.   Carson and the Will and Harry twins put on quite an offensive display, while Bode was nearly unbeatable in goal.

Meanwhile, the “Drop It Like It’s Hot” ropes course clinic had an exciting time starting from high in the trees.  First, they had to figure out a way to get a watermelon 30’ up.  Then came the fun part….

Also interesting was a visit from “Mr. Drew and his Animals Too”.  Mr. Drew rescues and rehabilitates exotic animals, and he brought some of them to Skylemar.  He’s a fascinating, knowledgeable man who taught us quite a bit.  For example, did you know that there are 30,000 species of cockroaches, and only 30 are not helpful to humans?  We got to see a Madagascar Cockroach that tastes like whatever it eats.  Some people steam them and eat 'em like shrimp (but not in our kitchen…).

We talked about how you don’t have to like spiders but should never kill them.  They eat insects, including those that spread disease.  It’s estimated that humans could only live one year if we didn’t have spiders.  And by the way, they smell with their feet.  We met Mr. Drew’s tarantula, and learned that they don’t bite people unless they’re antagonized.

Another point to remember - Don’t handle a frog if you just put on sunscreen.  They absorb through their skin, so this can make them very sick.  So much to learn at Camp Skylemar!

“I’m pretty sure Jake K is going to be president.  People just need to listen to him.”