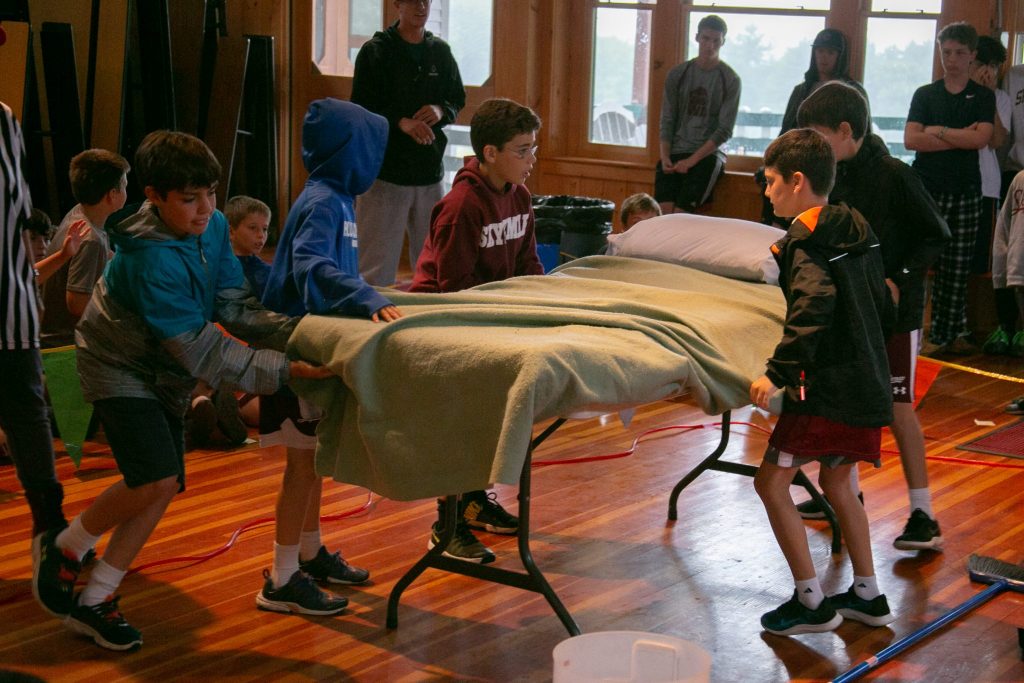 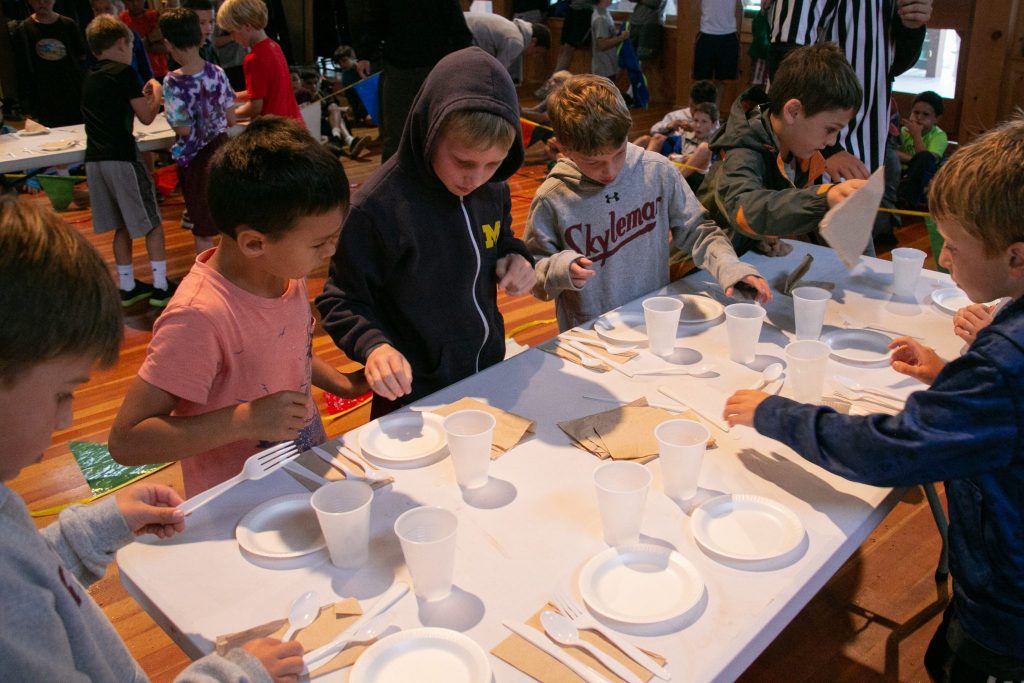 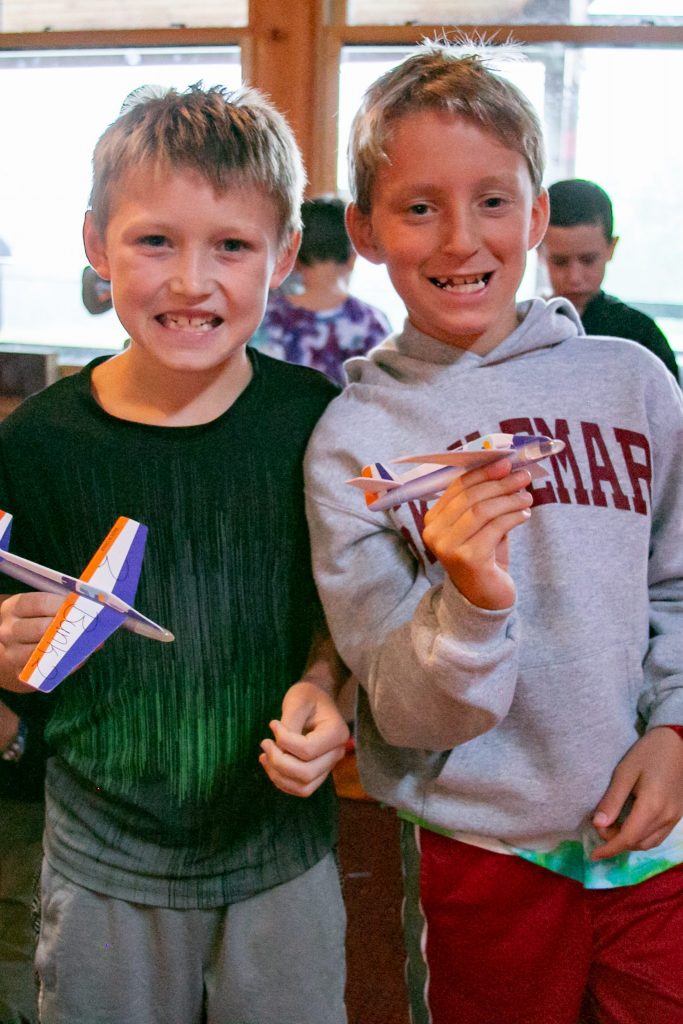 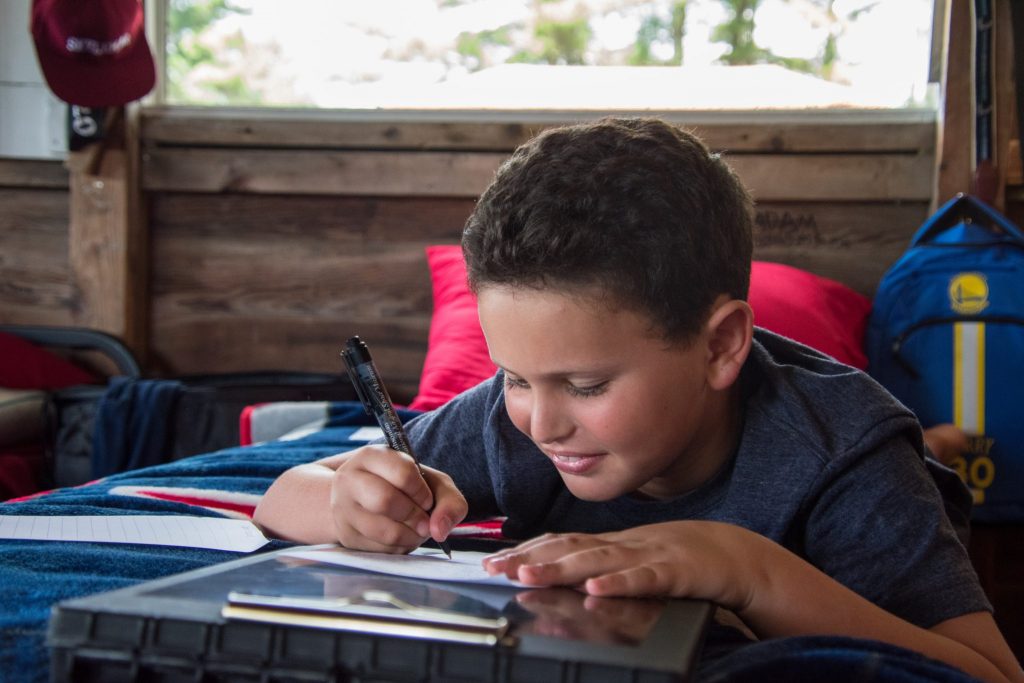 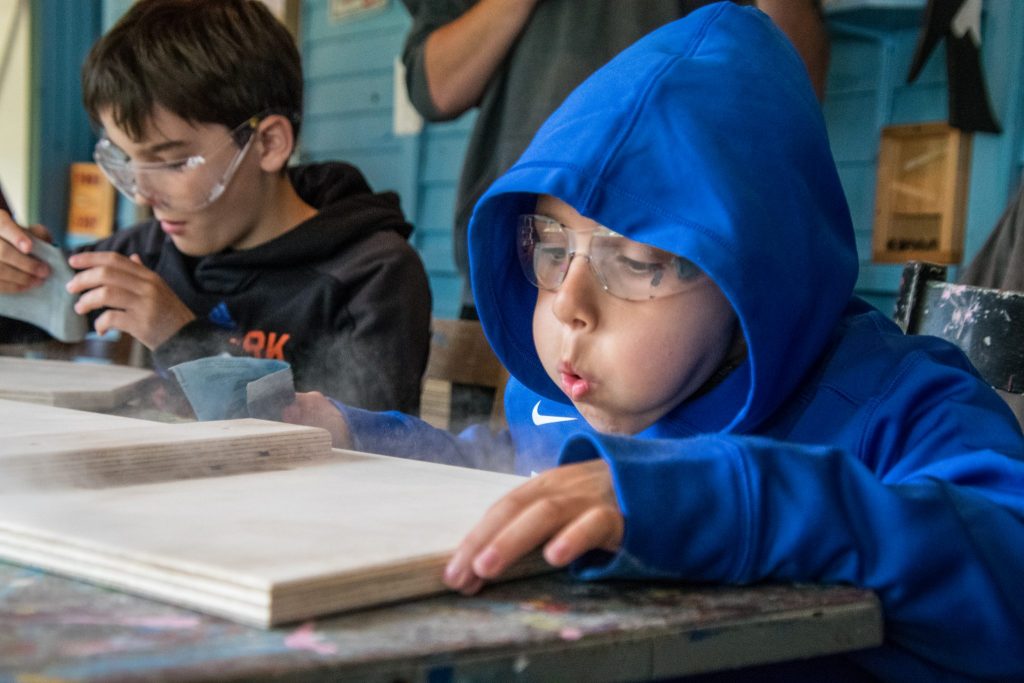 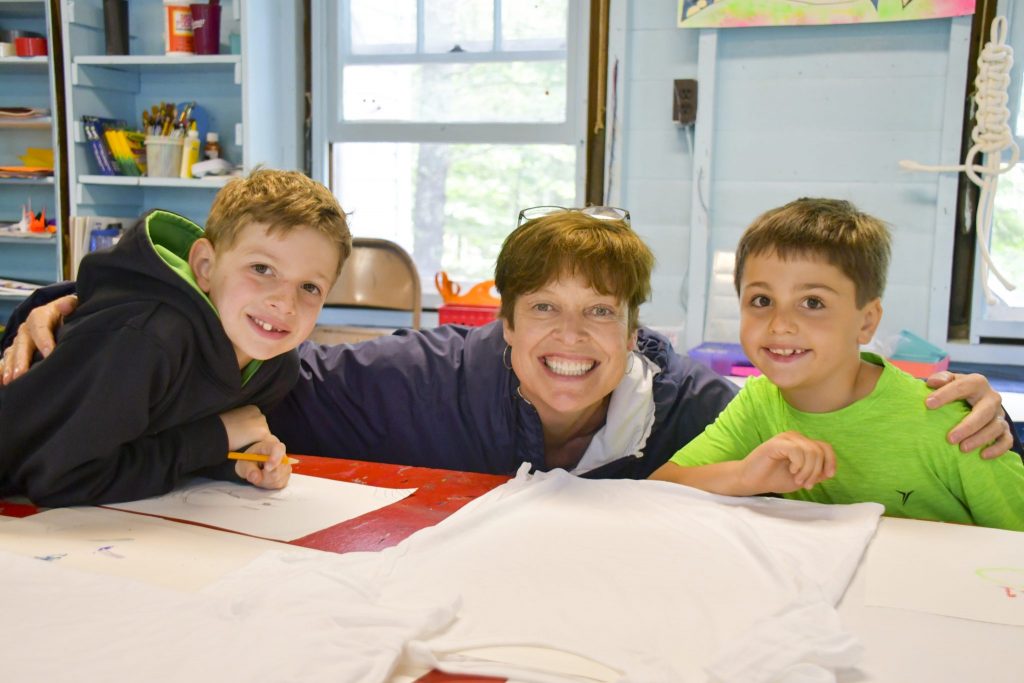 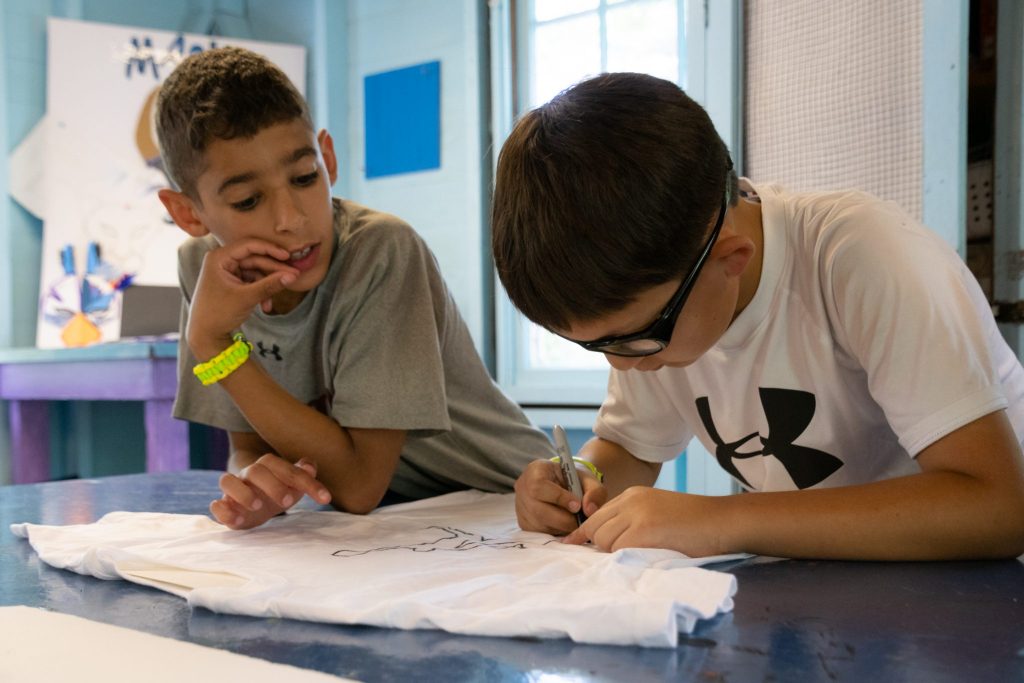 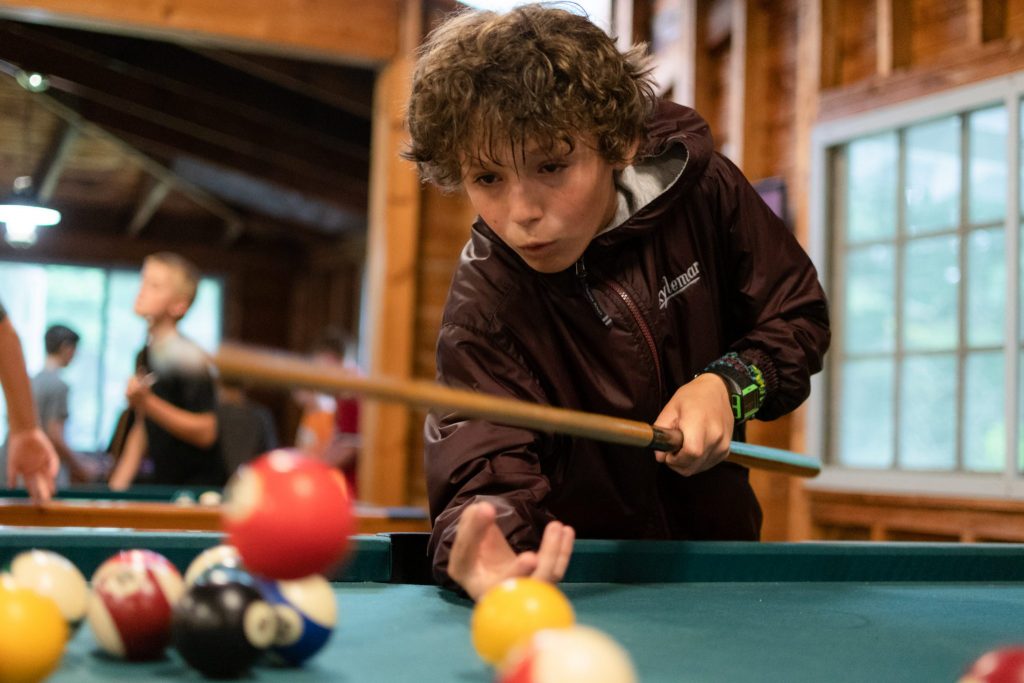 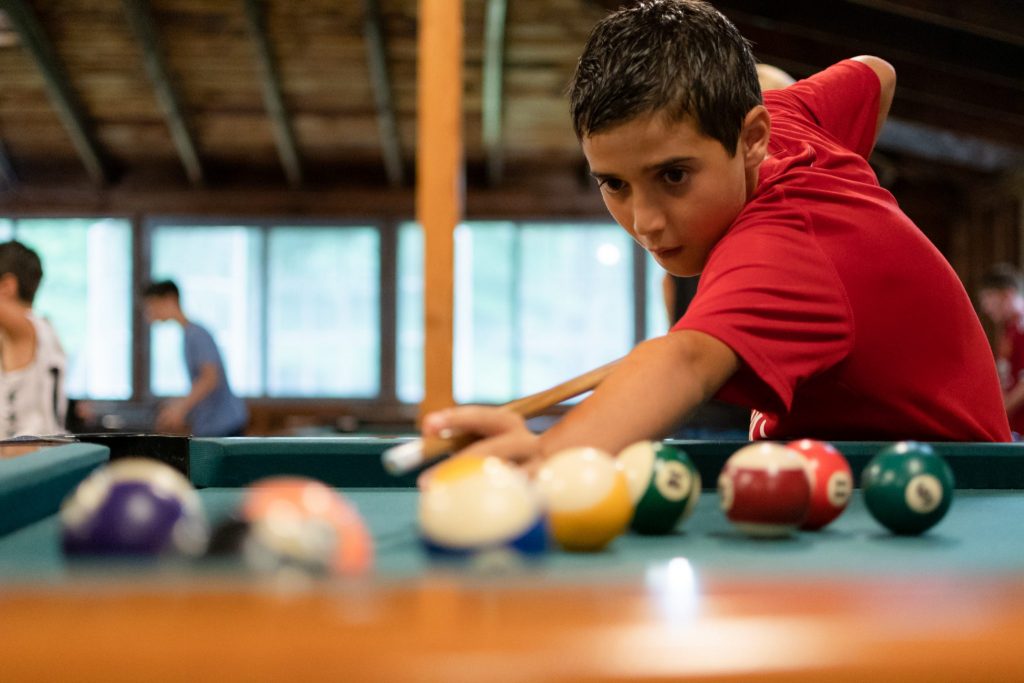 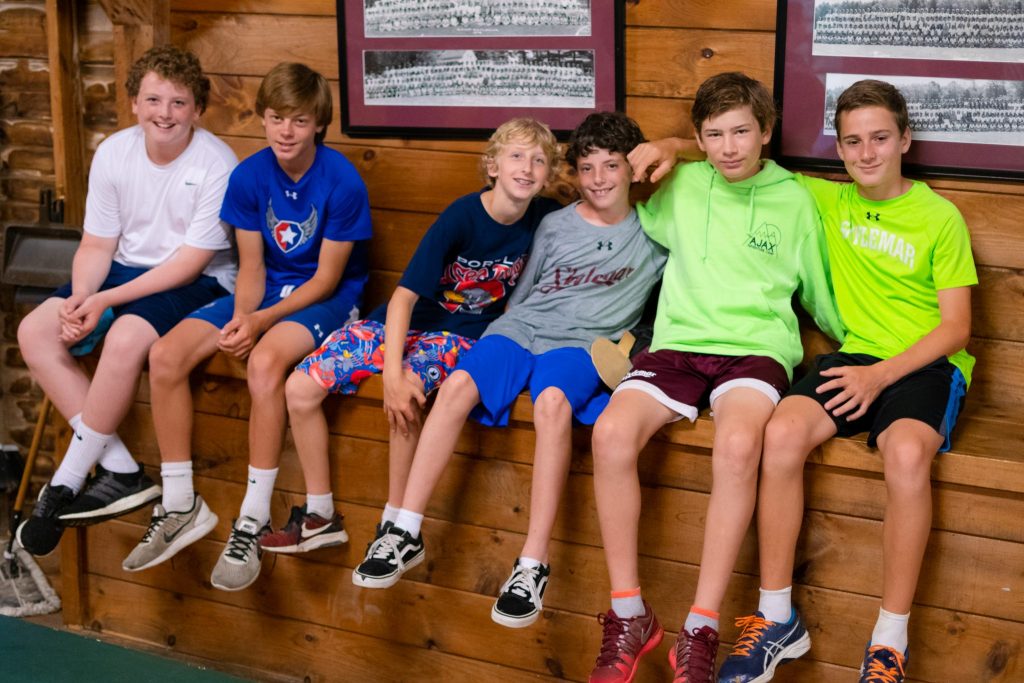 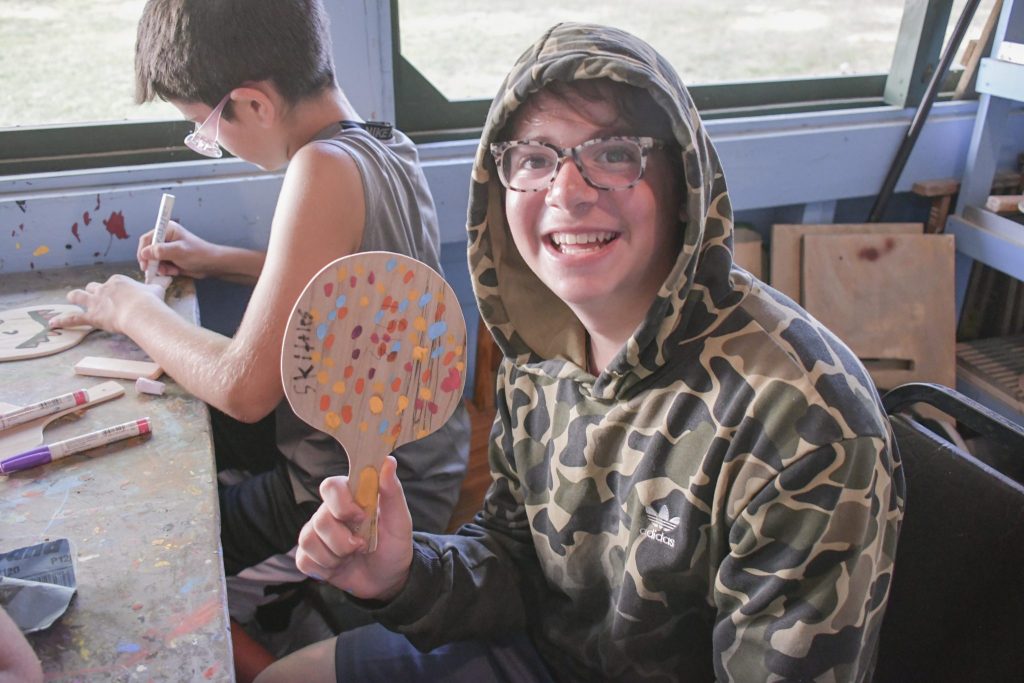 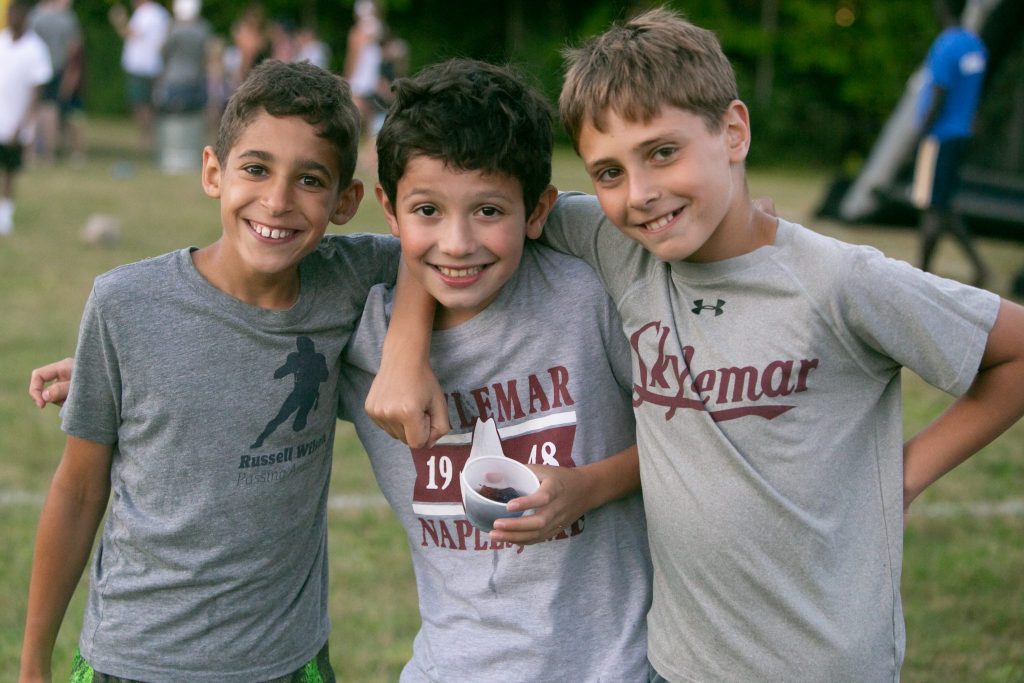 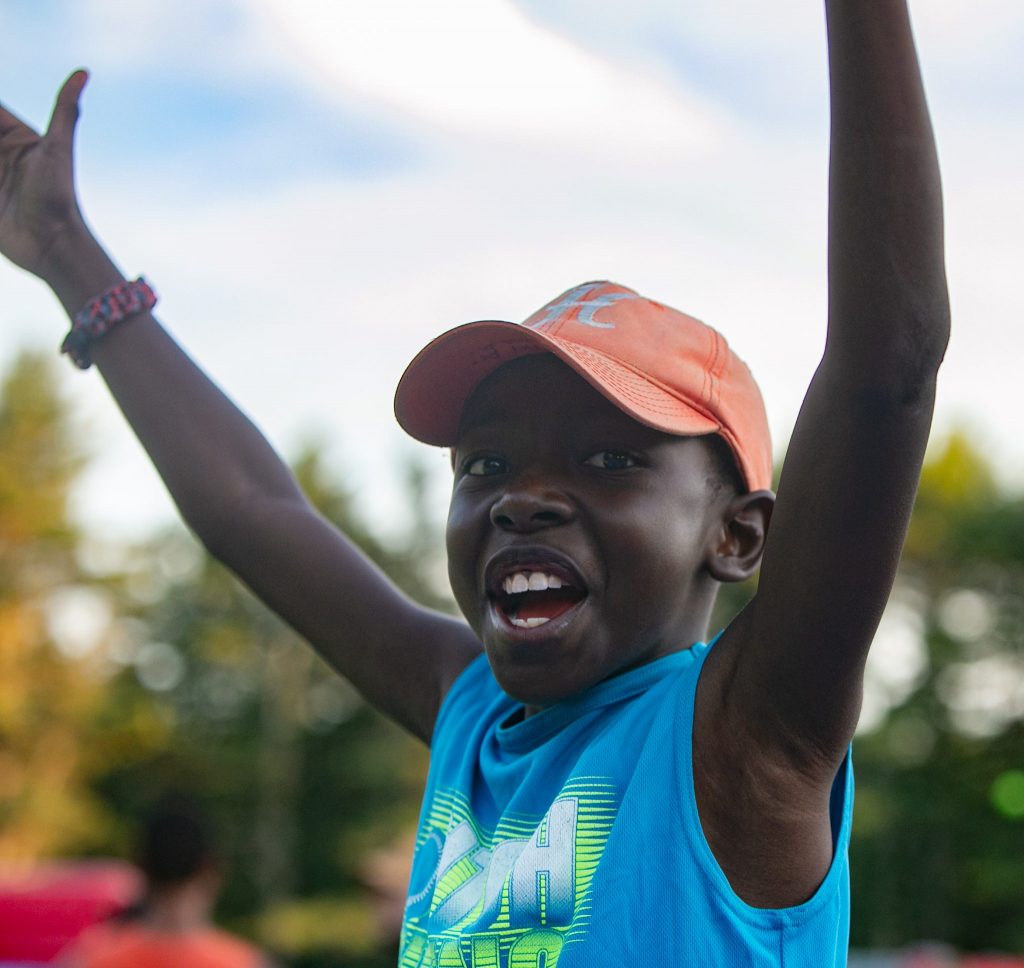 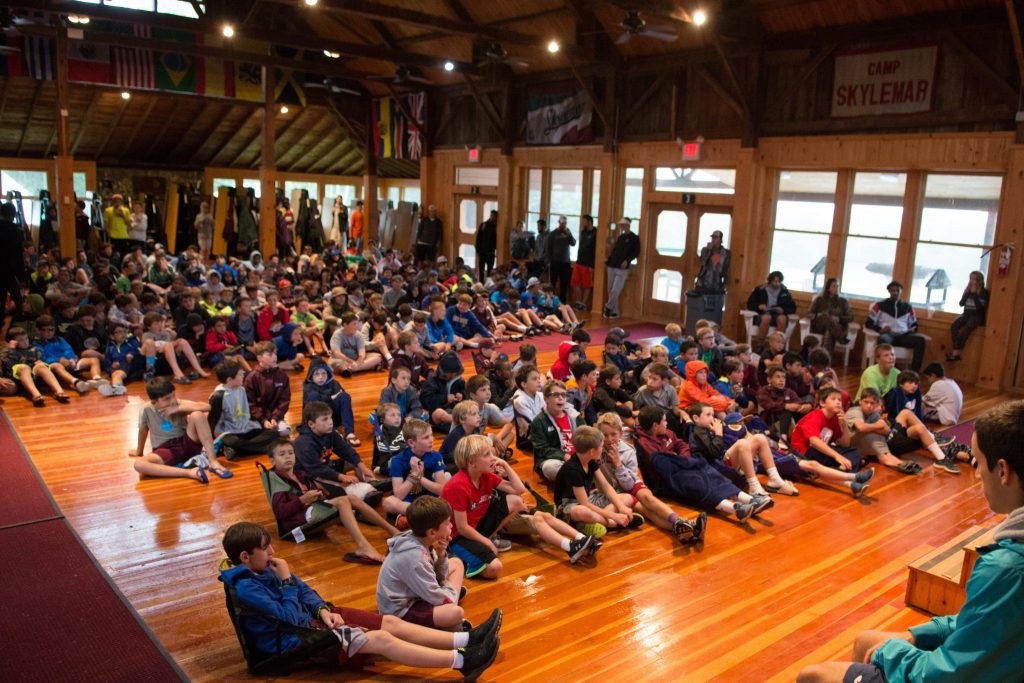 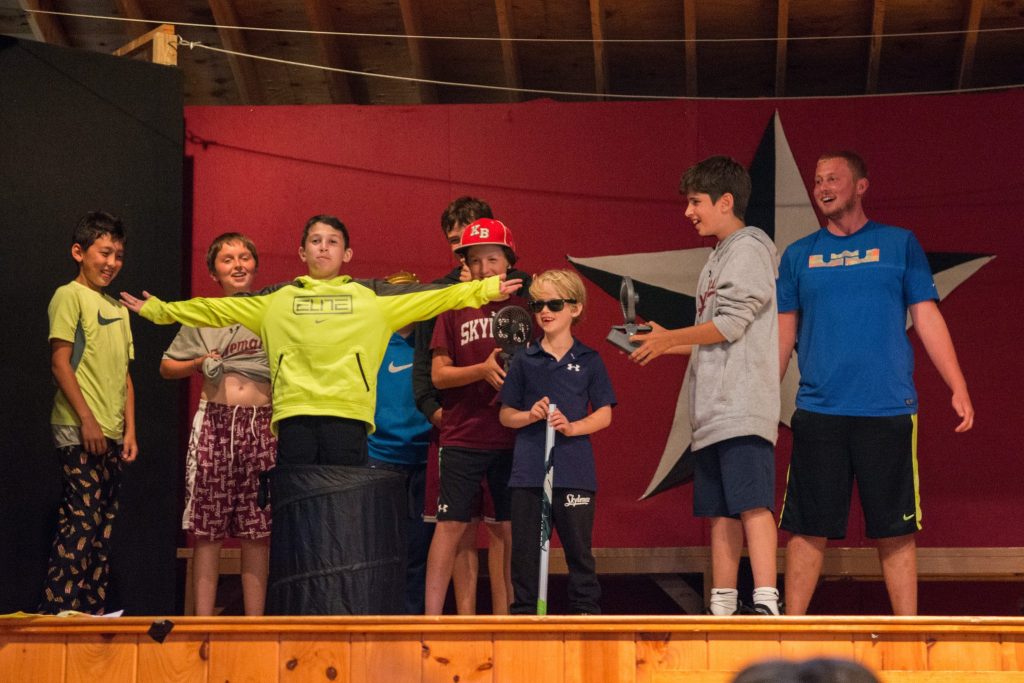 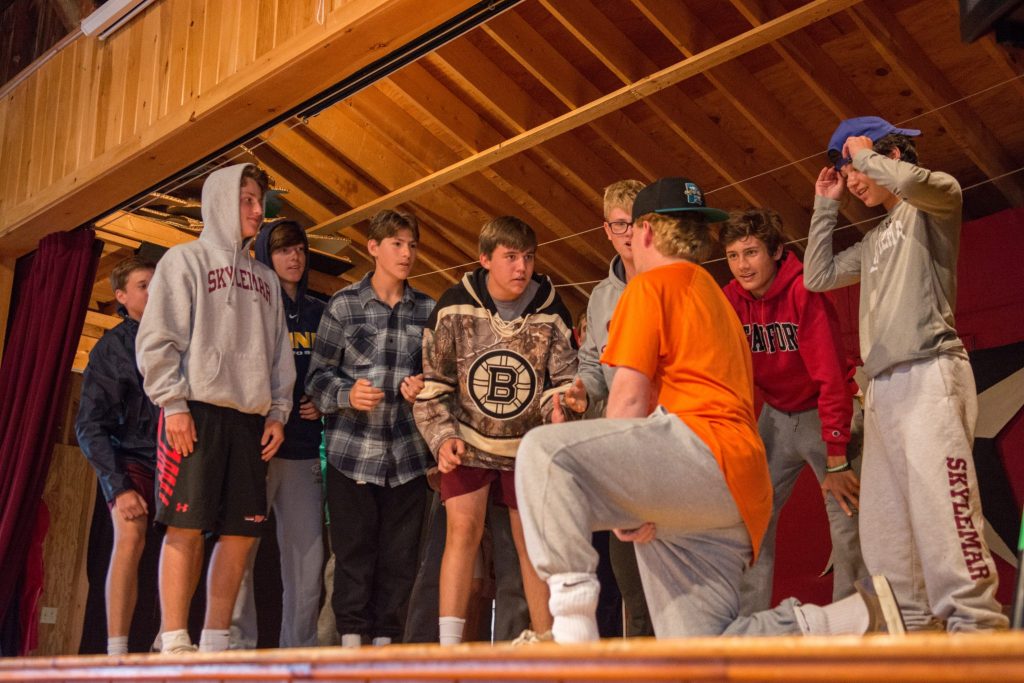 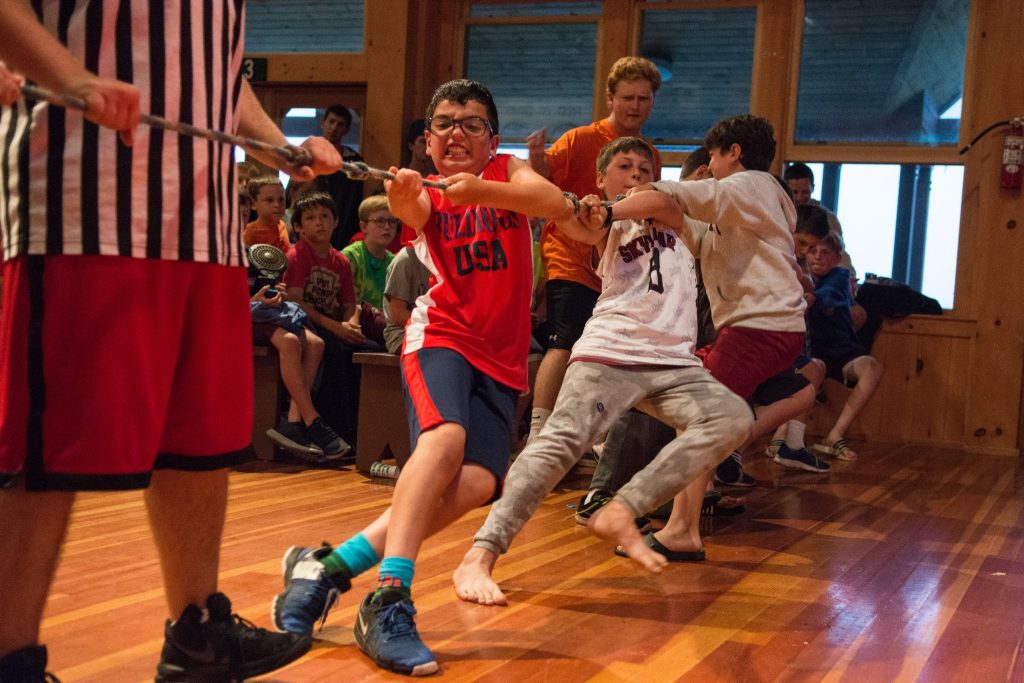 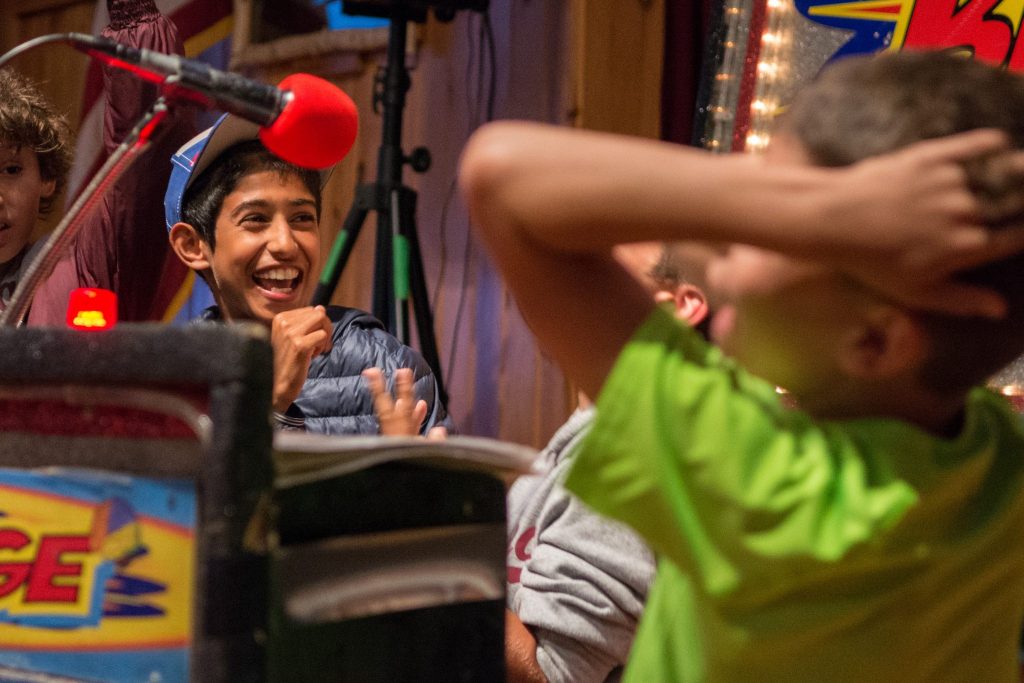 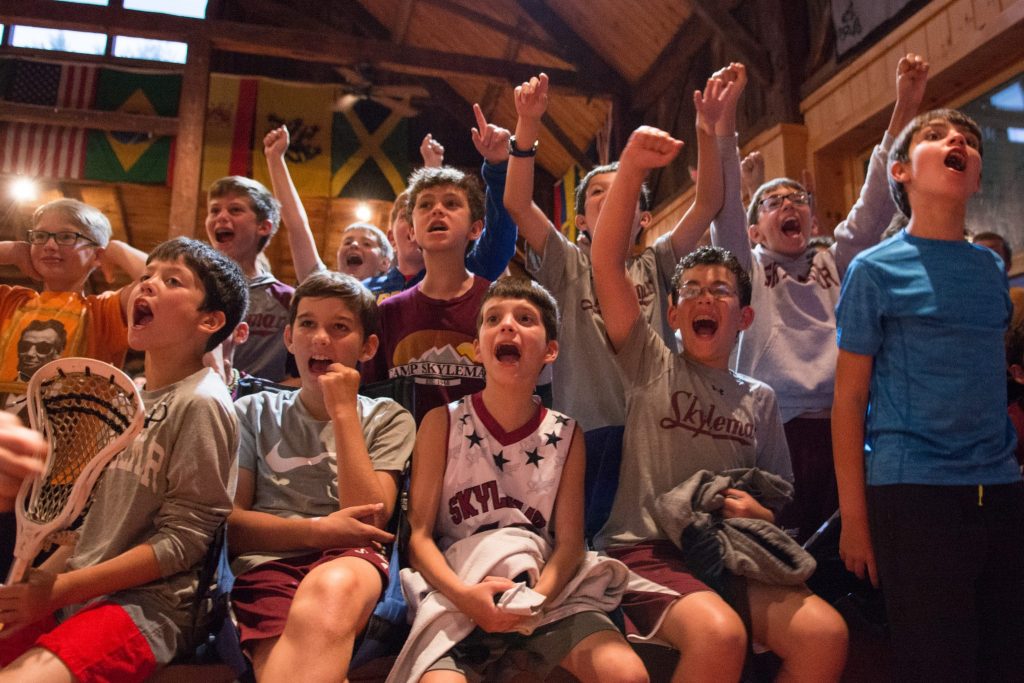 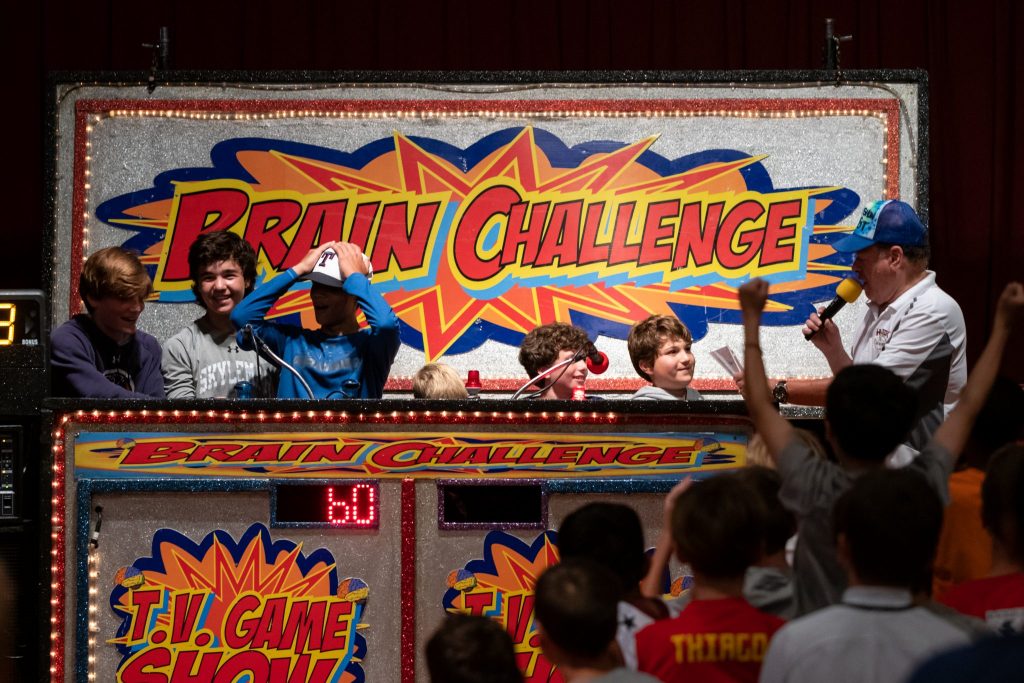 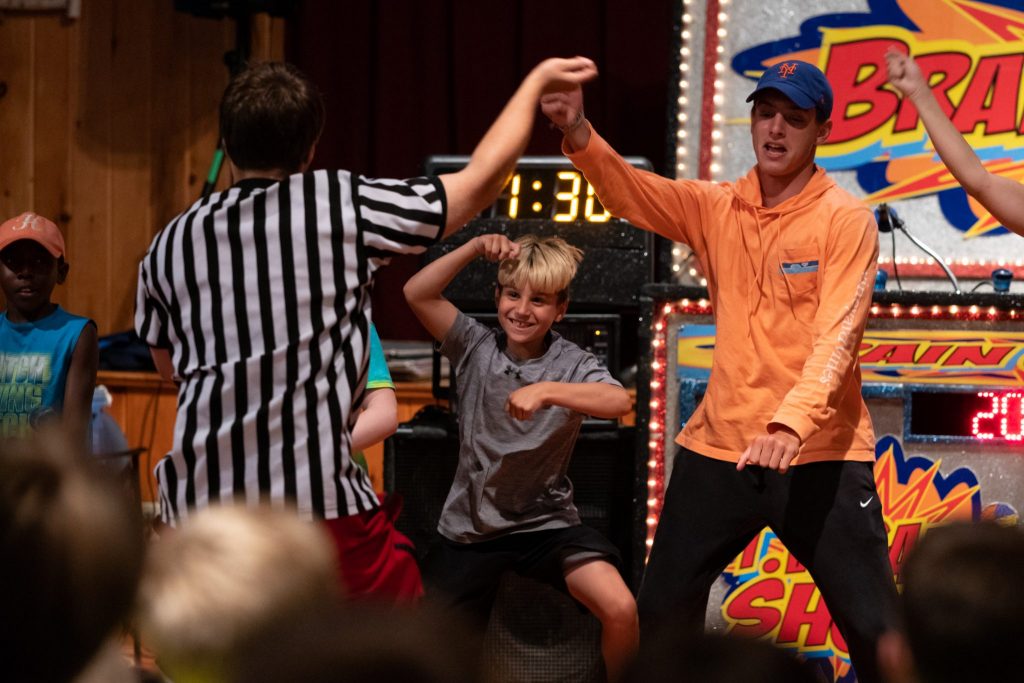 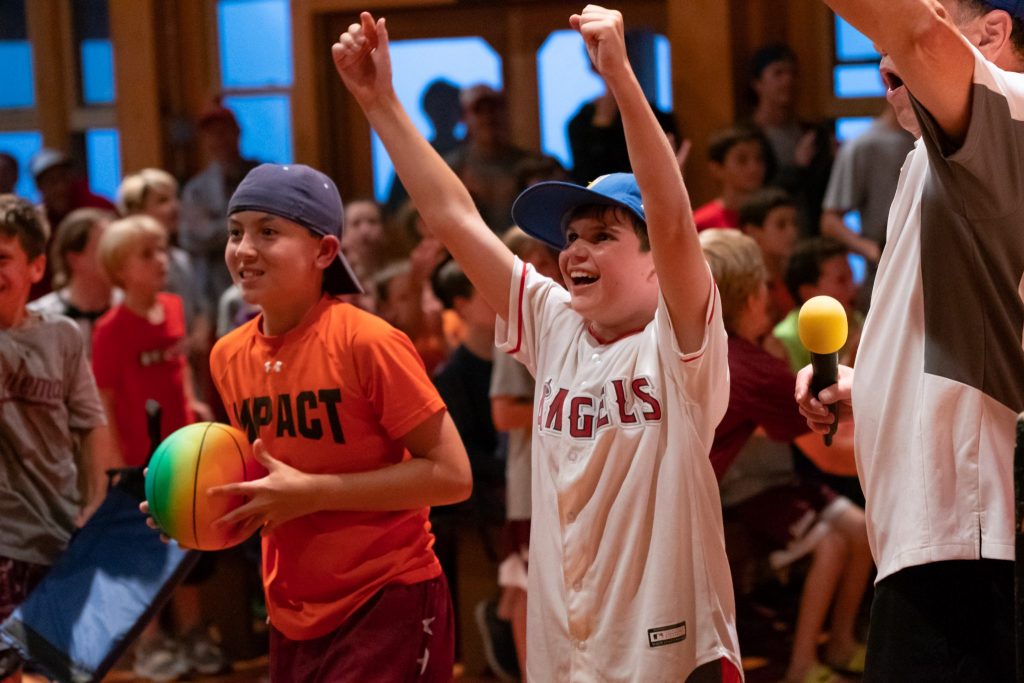 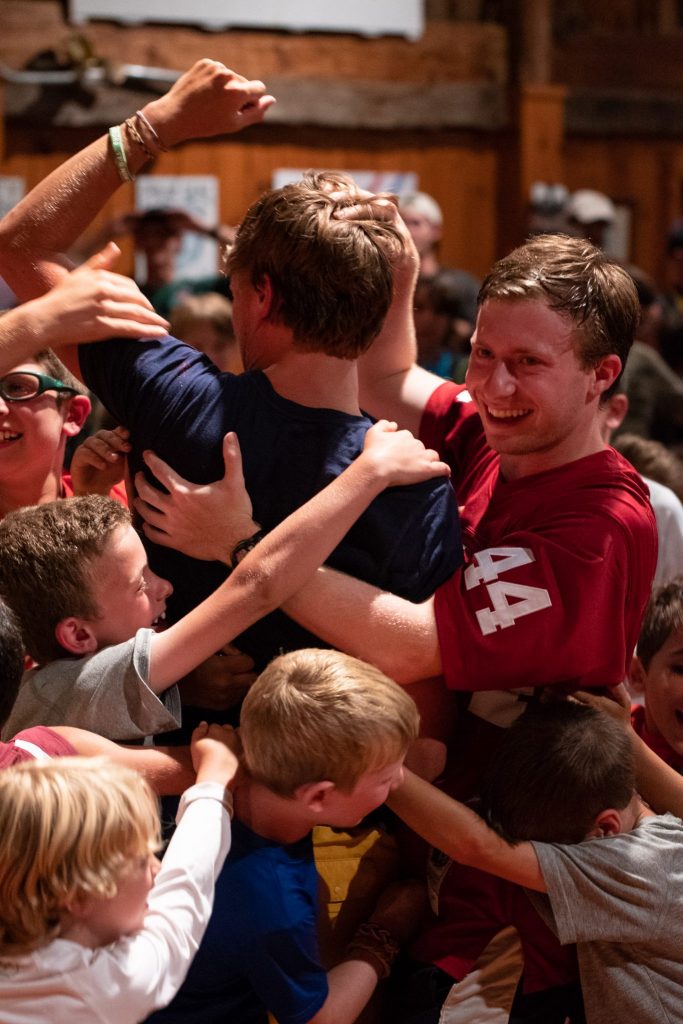 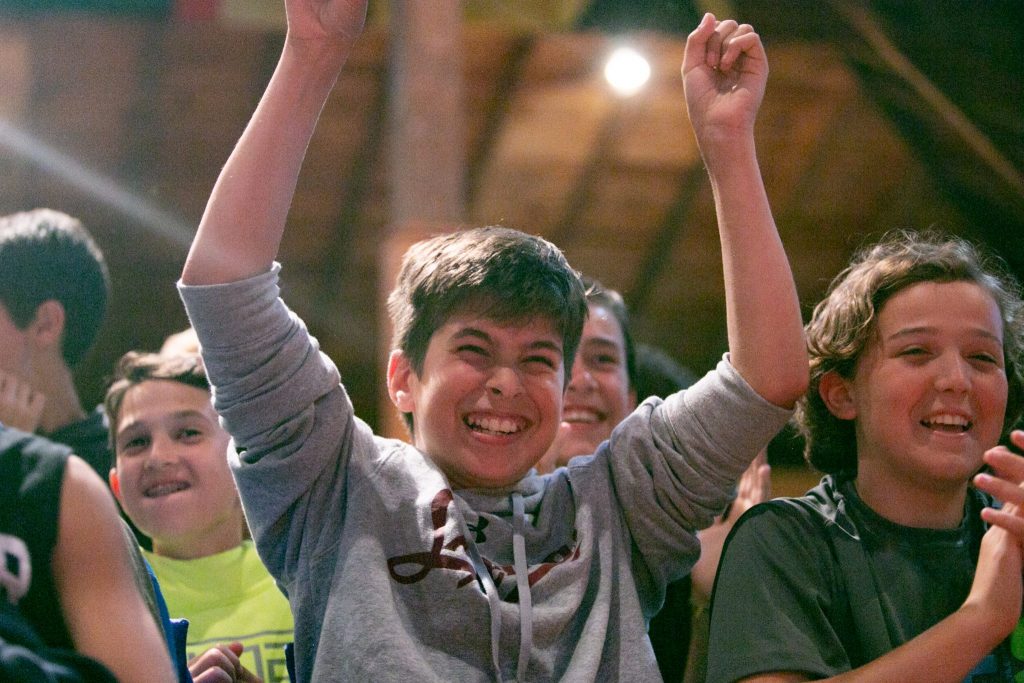 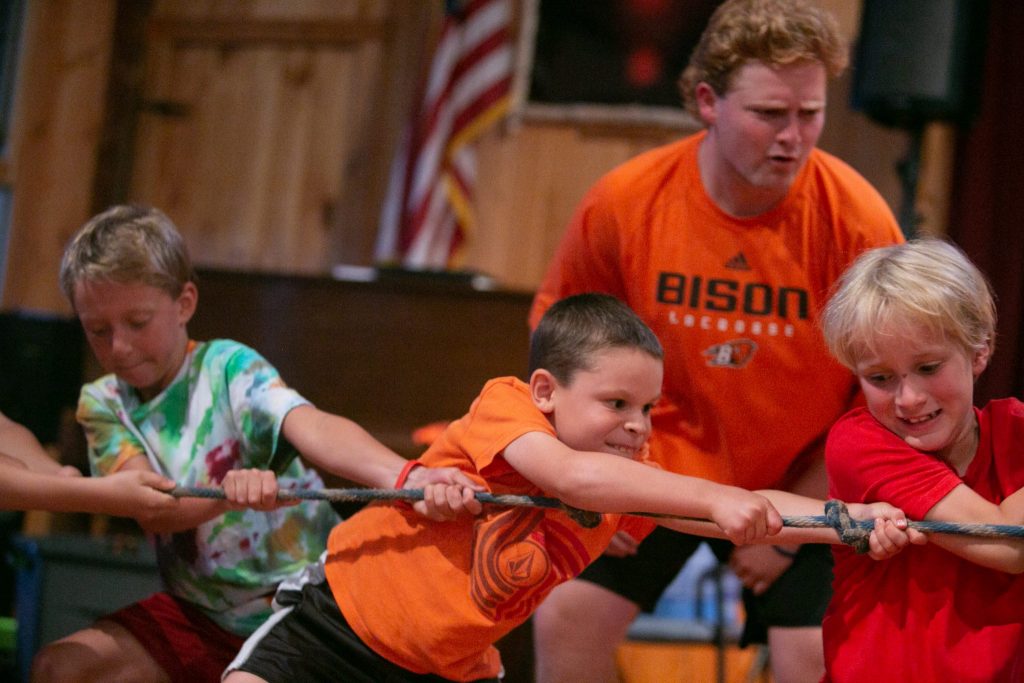 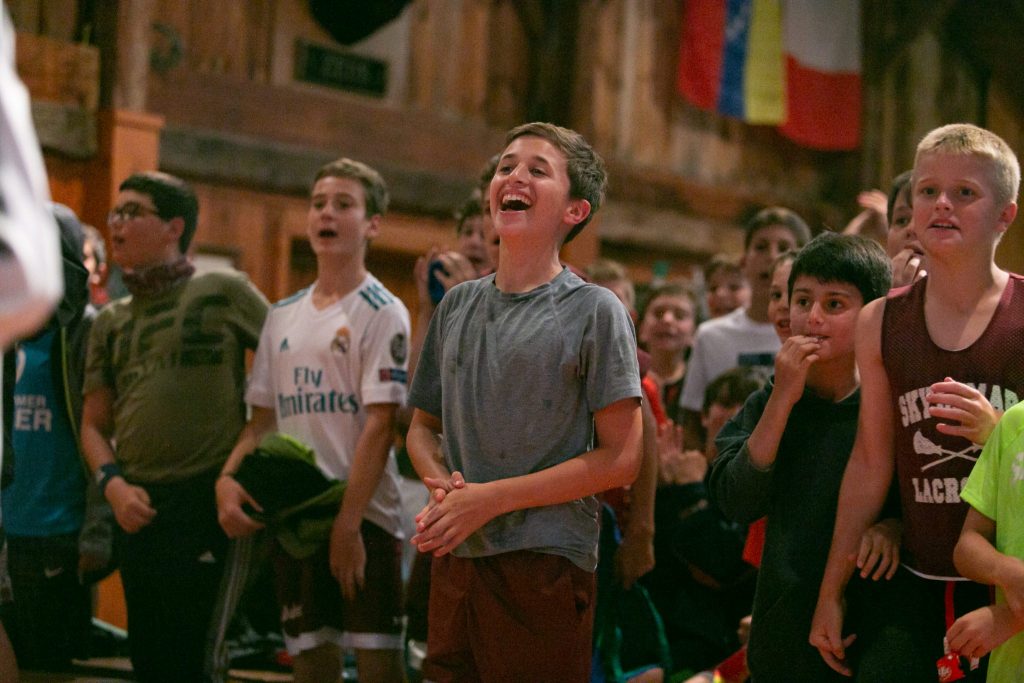 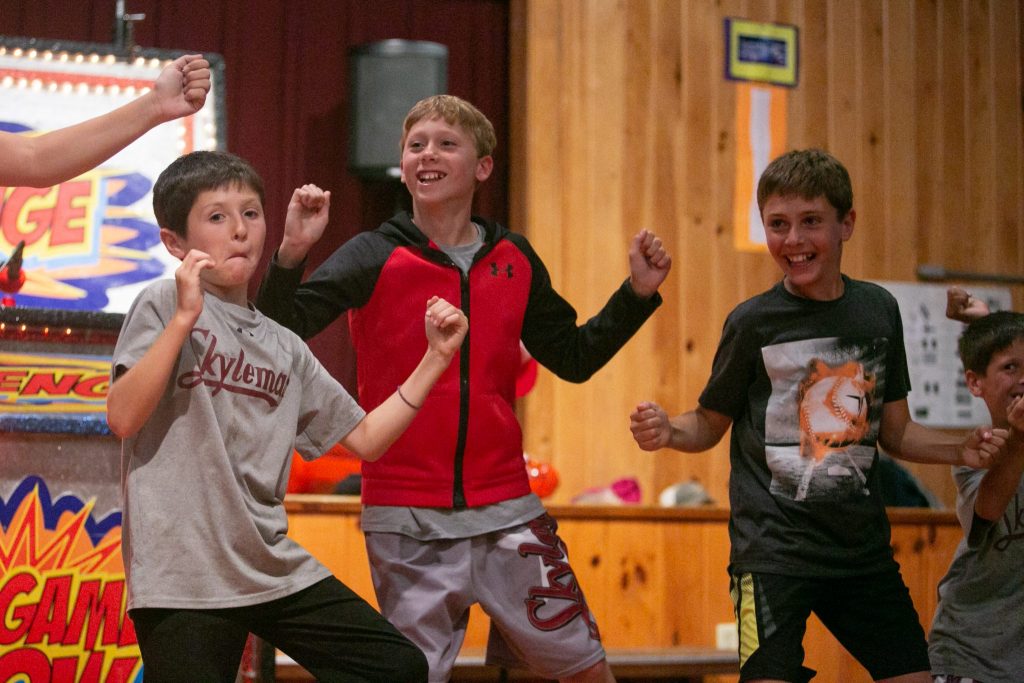 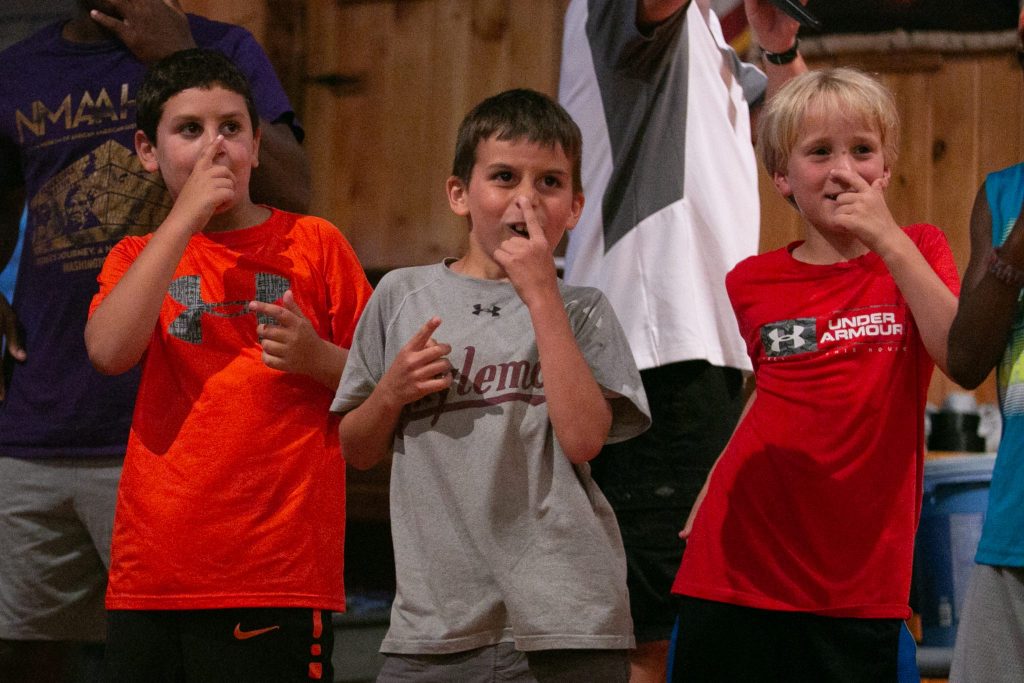 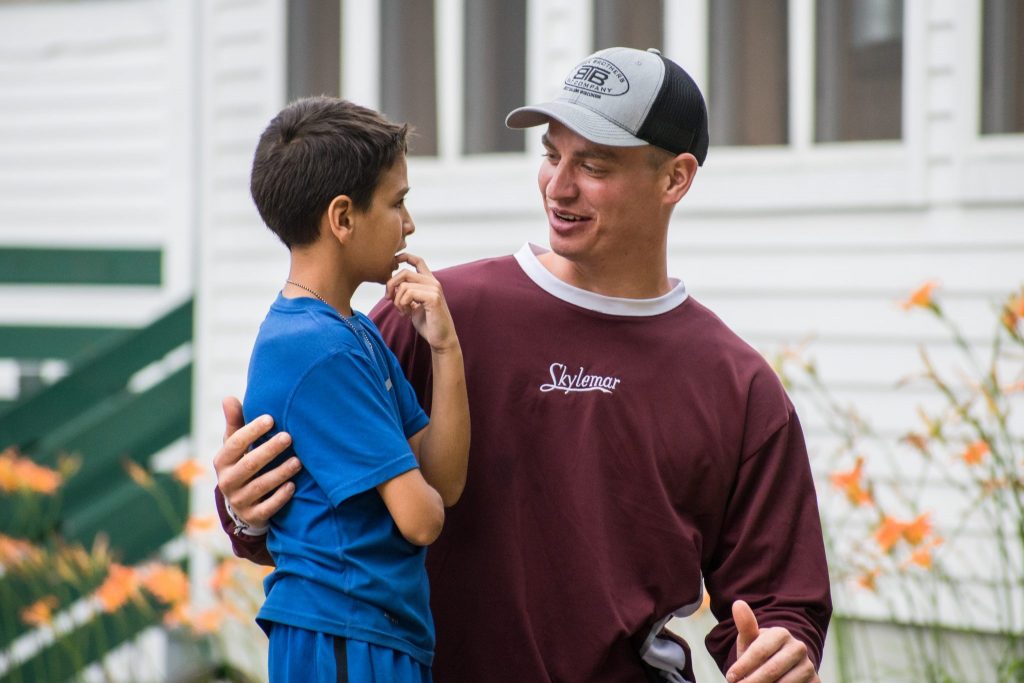 Combine a crossword puzzle, a 200 acre site plan, a personality matrix and a Rubic’s cube, and maybe you’ll come close to the Skylemar daily schedule.   Only a “living computer” is wired for this challenge, which takes into account teaching styles and camper opinion.     We call our “main frame” Mitch Cernek.

Athletic and Program Director Mitch works from breakfast to way beyond bedtime, doing his very best to make sure that every camper and counselor is happy, and that every logistical detail is covered.  In addition to scheduling seven activities per day for 30 cabins, he schedules specific counselors for each 50 minute block.

For example, In one day alone, two kids need to go to the doctor, two to the orthodontist, there’s a Portland Airport pickup, a Logan departure, two intercamp away games and one at home, six counselors are off, Bunk 11 raises the flag while Bunk 7 lowers it, and there needs to be a crew in charge of the Evening Activity.  A Sky II cabin needs to be assigned to set up the Rec Hall, every hour needs to be covered by a Foot Patrol and shower times must be assigned.  It’s Peter’s birthday as well as a letter-writing-day, and there’s a dozen other points to note.  Those are just the extras, on top of assigning 30 cabins seven assorted periods each, as well as the specific counselors who are teaching every activity.  That works out to over 210 schedule blocks per day.

With the most campers, counselors, activities and buildings we’ve had in 70 years, all would agree that Mitch is the greatest Program Director in Skylemar history.

But despite all his hard daily work as well as the time he spends nightly collating a packet for each Senior Staffer, every once in a while in rains.

Today was a wash out.  The steady downpour meant all of those scheduled blocks went down the tubes and we changed the channel to a…

Bunks 1-12 headed to the Rec Hall for a traditional Skylemar favorite, Pit Crew.  Checkered flags formed a center square and cabin groups were seated “in the round”.  Each cabin had their turn at “beating the clock” making a bed, sweeping and setting a table.  Campers then put together a paper airplane and had had the chance to see whose flew the farthest.

The afternoon was Situations for the older cabins.  The audience enjoyed watching their performance with prompts like: 1) Tell us about a new Skylemar product line for Under Armour, 2) Your counselor has memory loss so teach them about Skylemar, 3) Show us your new viral dance sensation.

Hollyrock Game Show was perfect for a rainy night activity.  The guys have a blast with Al the MC, who brings his “Brain Challenge” from NY to Maine.  The camp is divided into two: Team LJ and Team Rosey.  Some of the challenges are mental (triva), and some are physical (like tug o’ war).

When it comes to the selected panel of participants for a round of trivia, it usually looked pretty fair.  But when the topic was “Sports”, it was a little worrisome to see older guys Ethan V, Luke Shin and Logan B take on Jake F, Sam L and Coop E who are all under the age of 11.  Once the questions got rolling, it was clear that the younger team had what it took.  They were amazing.  It’s good to know that if ever there’s a question about a sports stat, Skylemar has Jake F to give us the answer!

“Camp Skylemar is a place for all kids. My son isn’t into competitive sports, but there is lots for him to do and the environment is one of positivity which he really needs to thrive.”