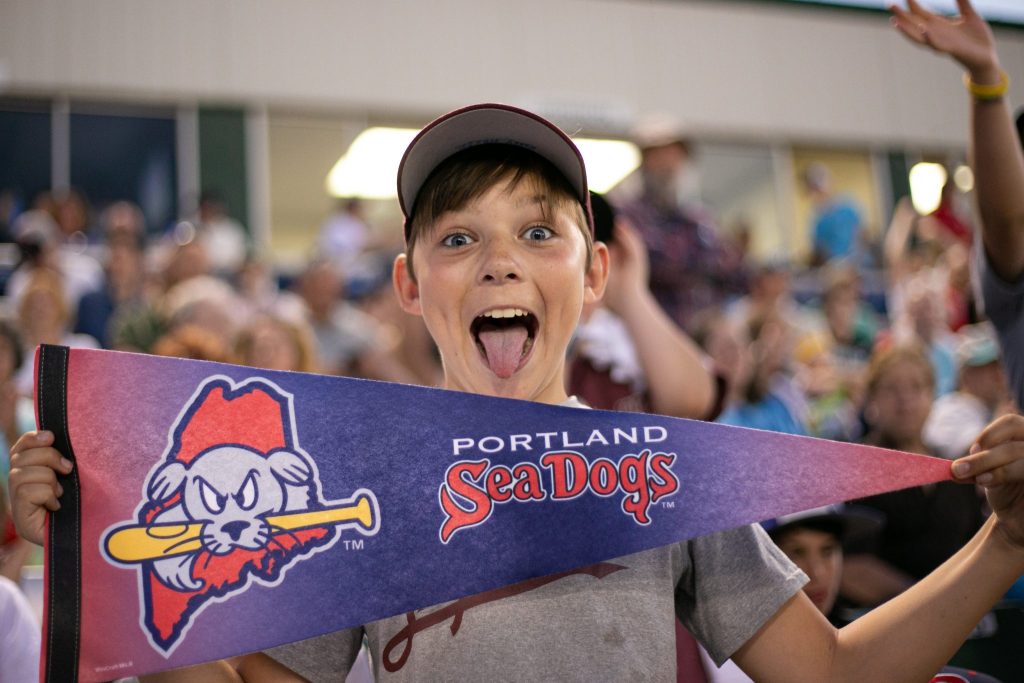 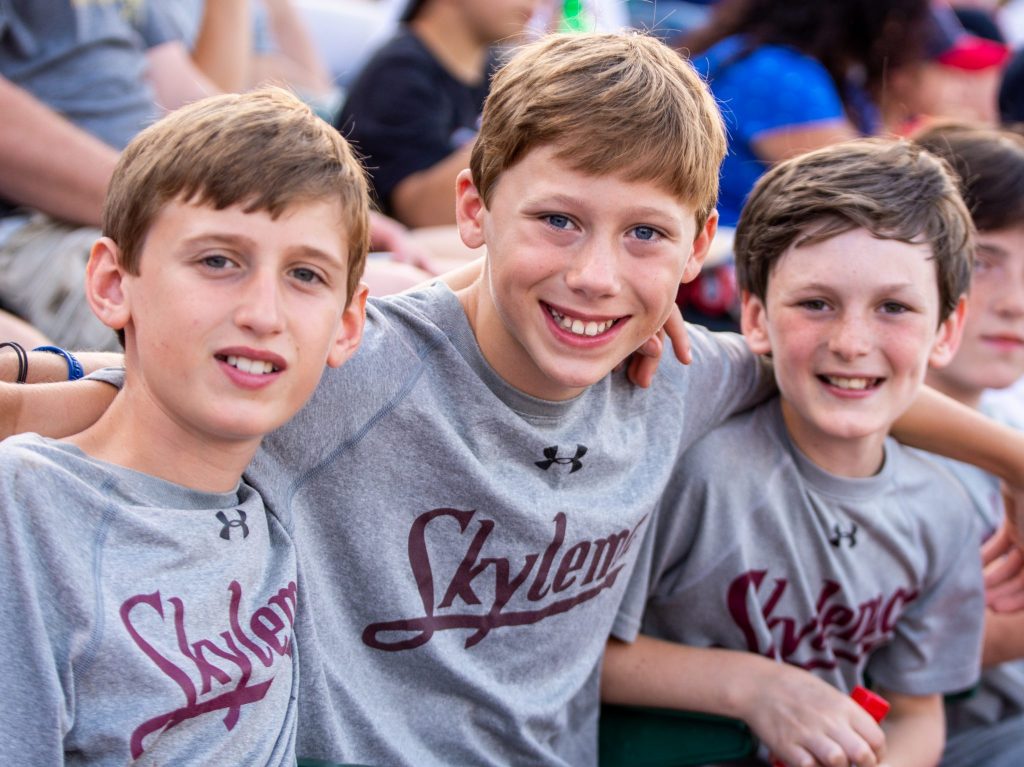 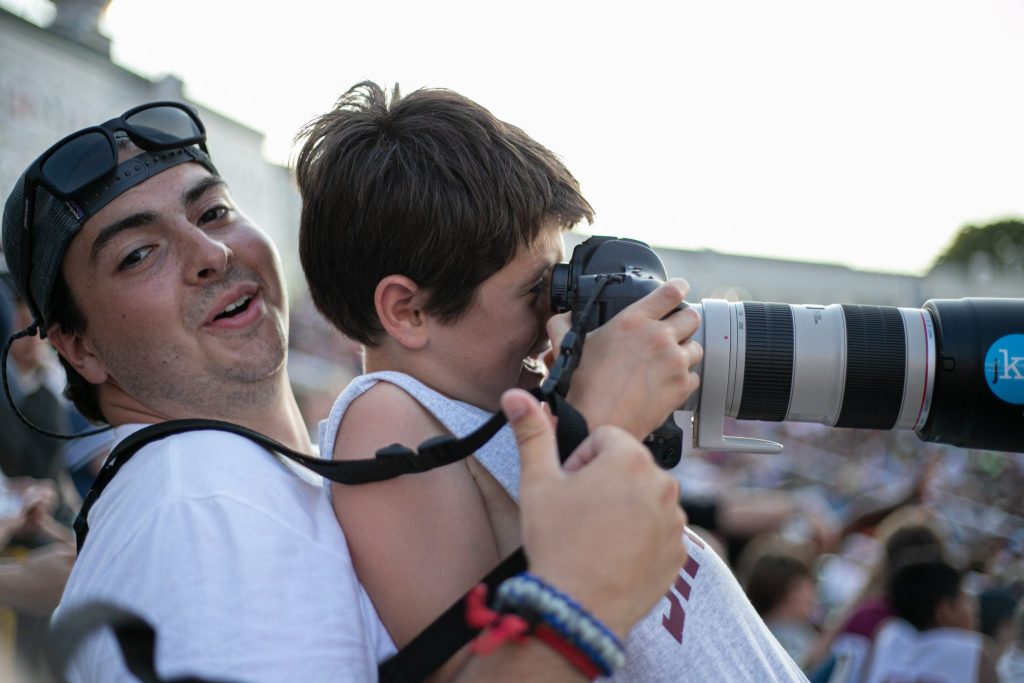 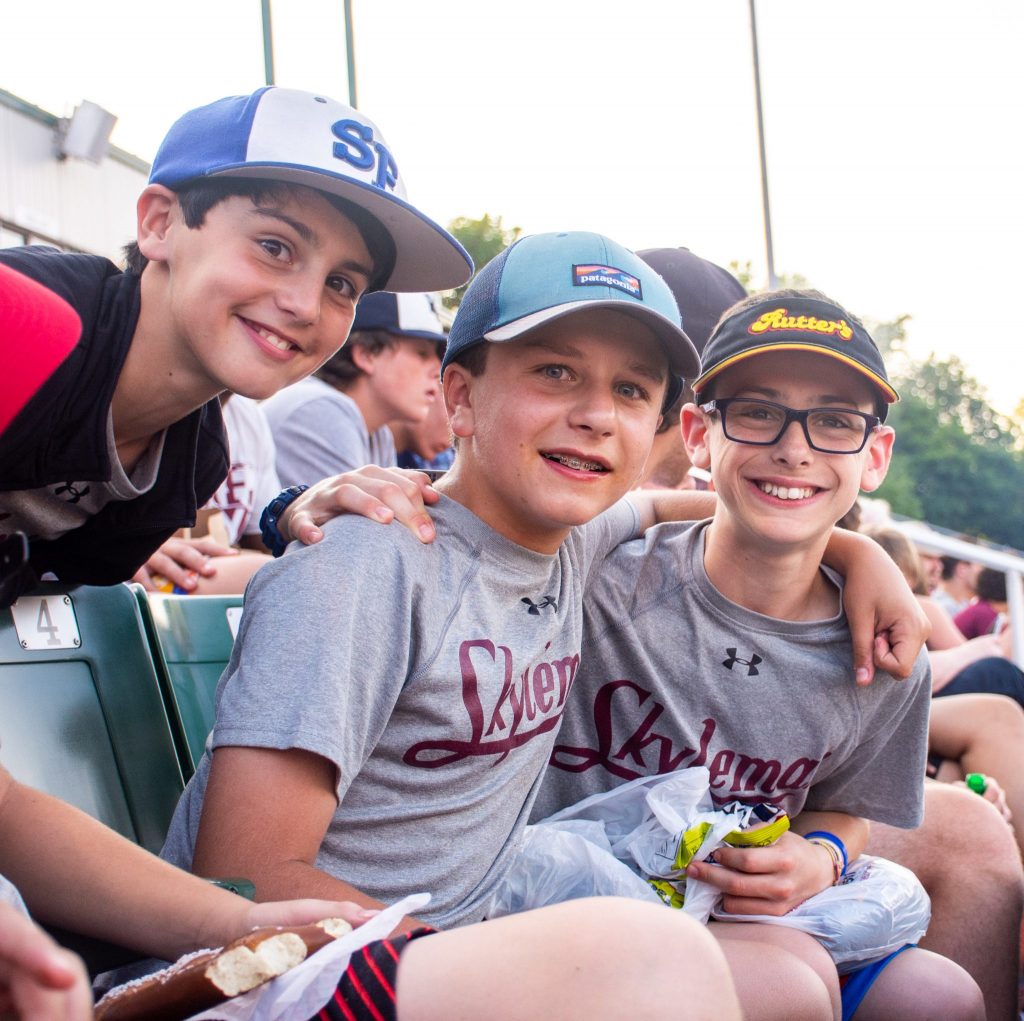 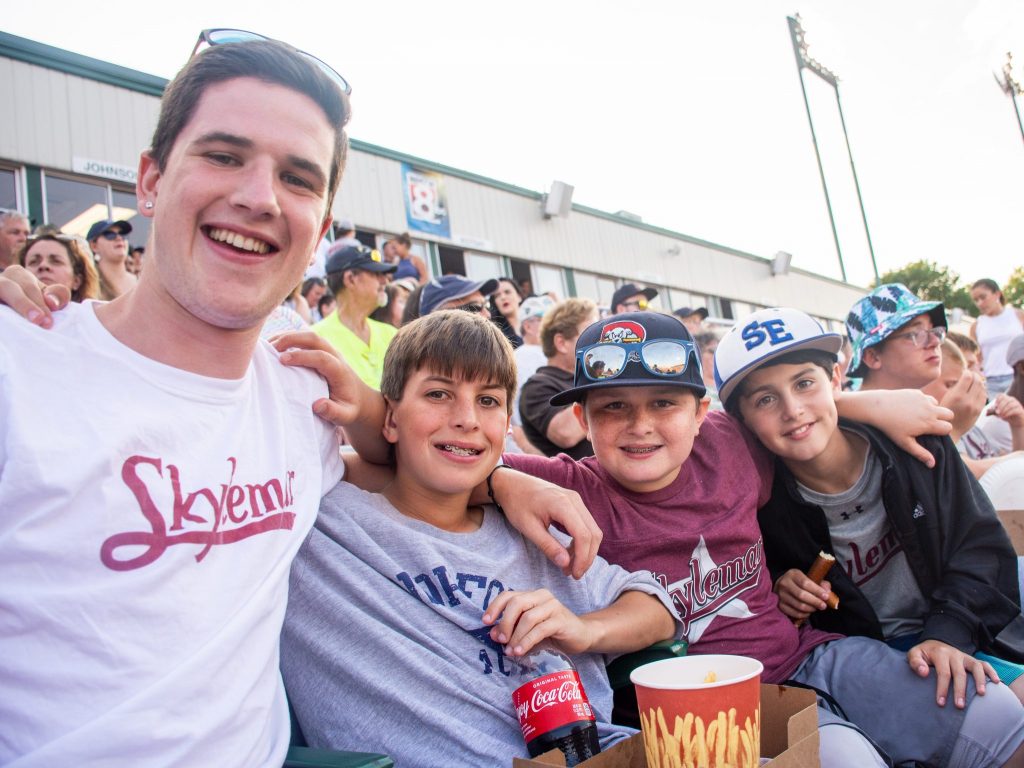 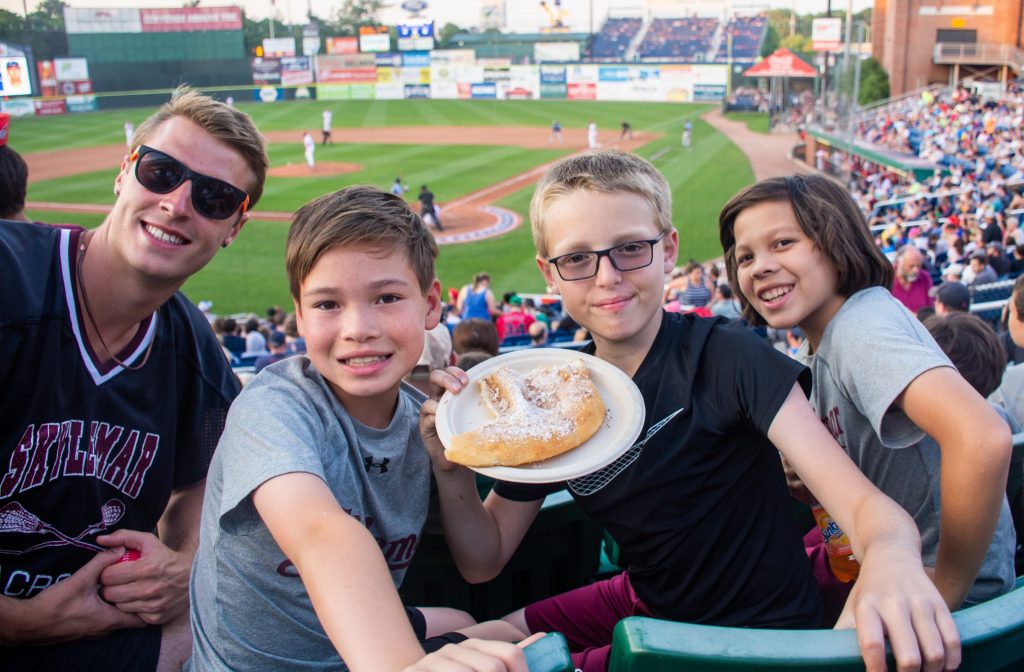 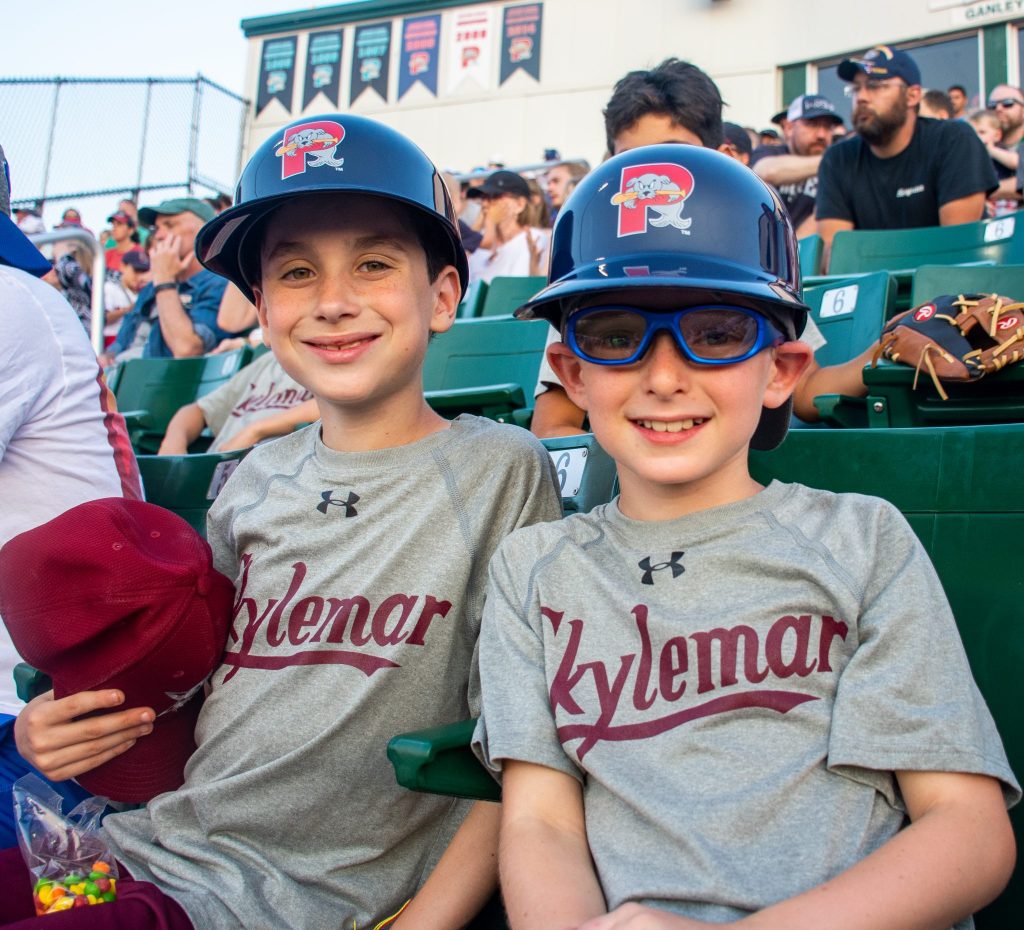 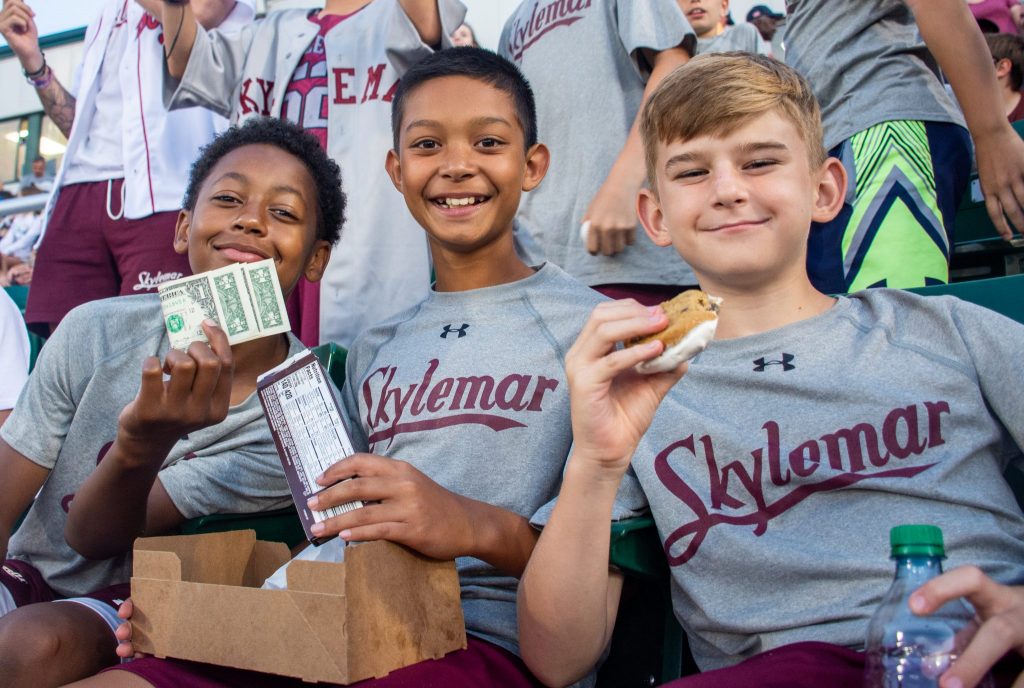 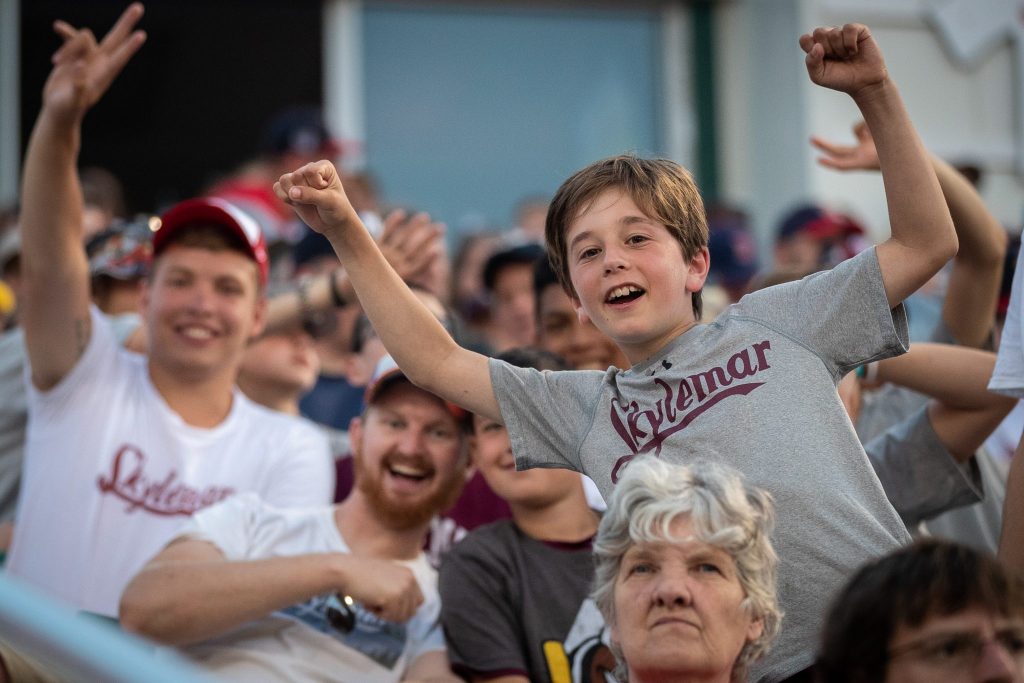 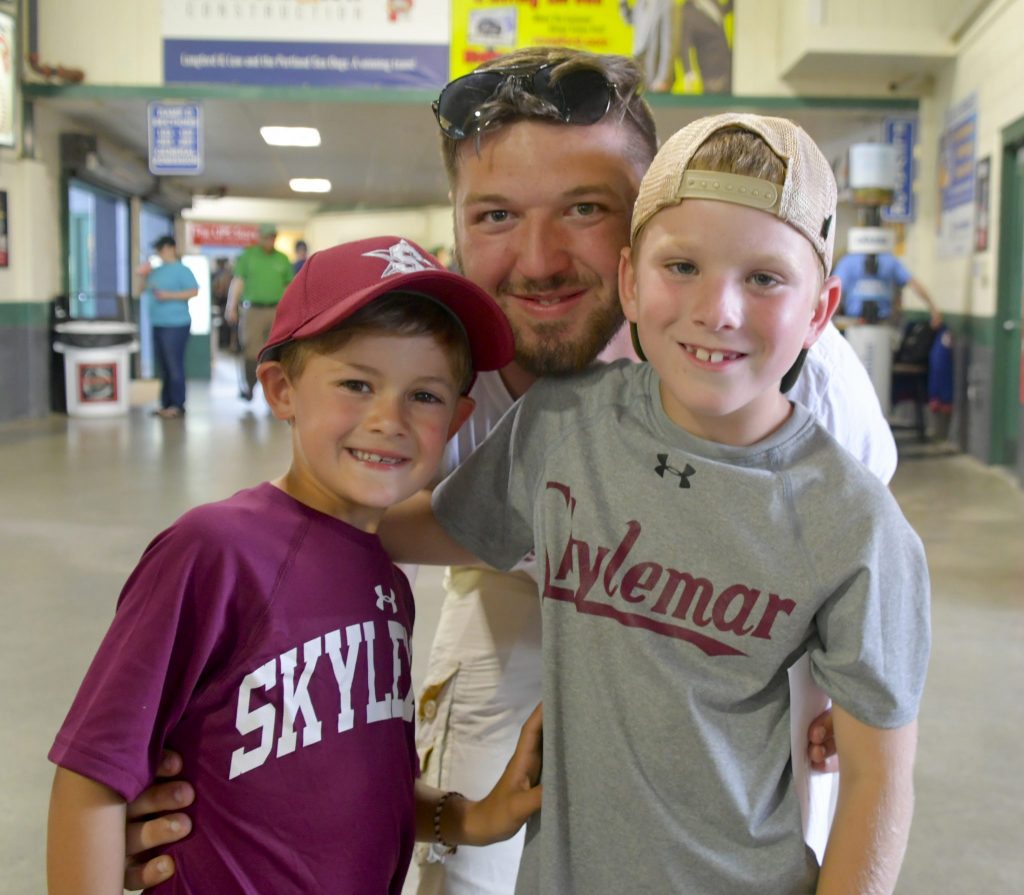 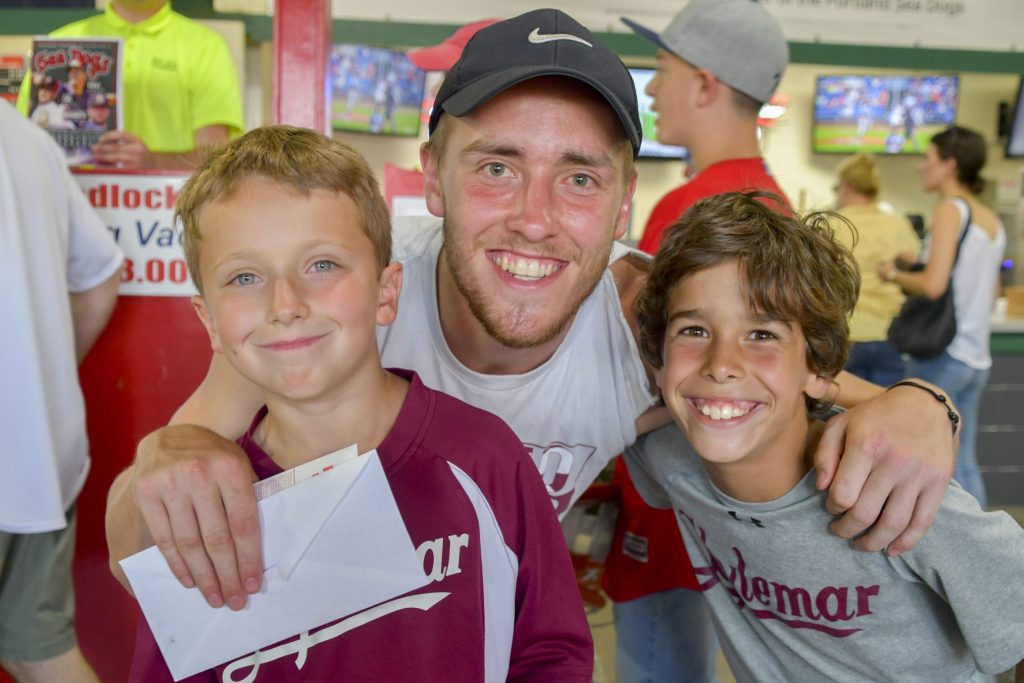 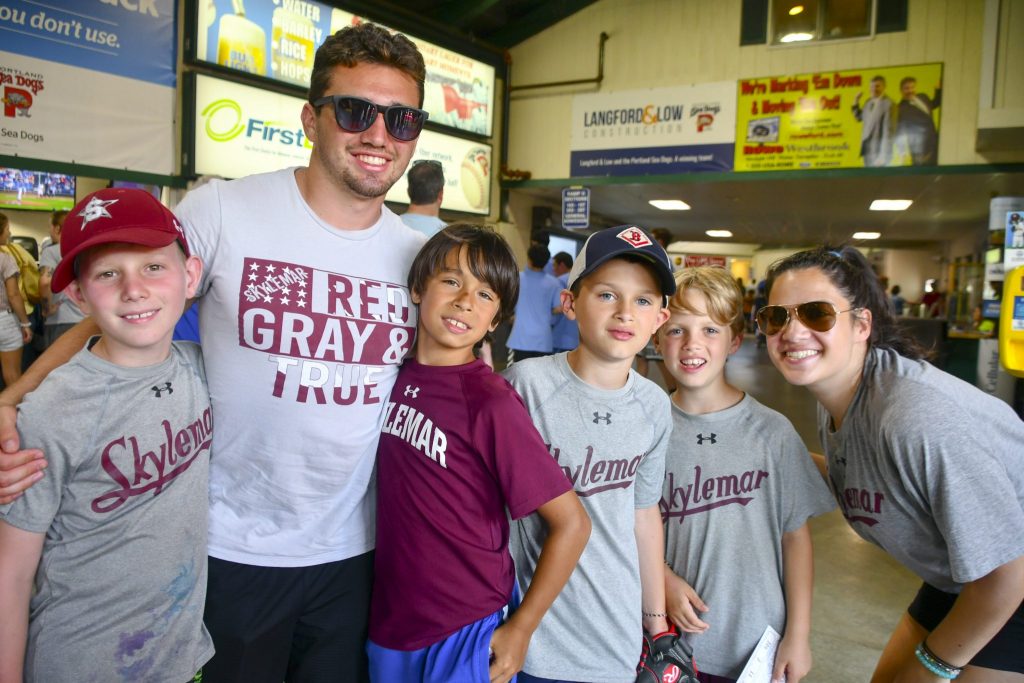 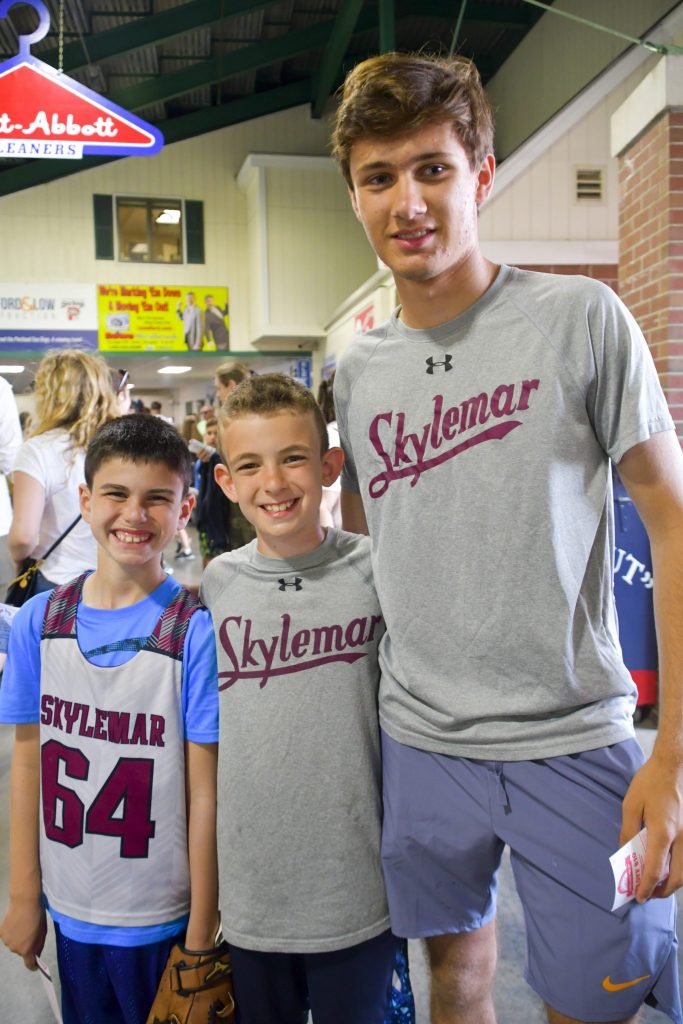 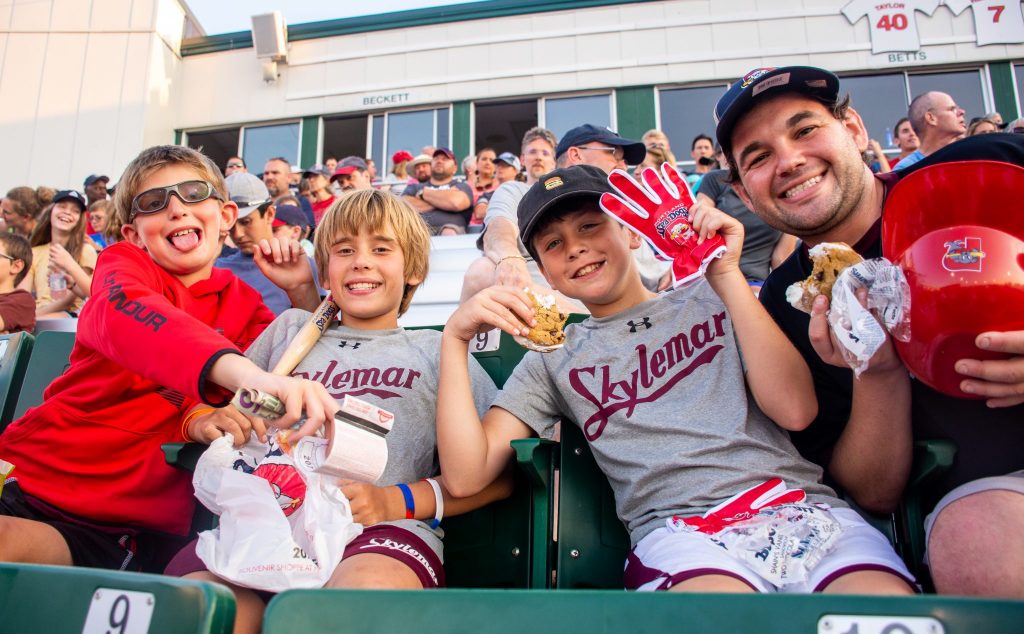 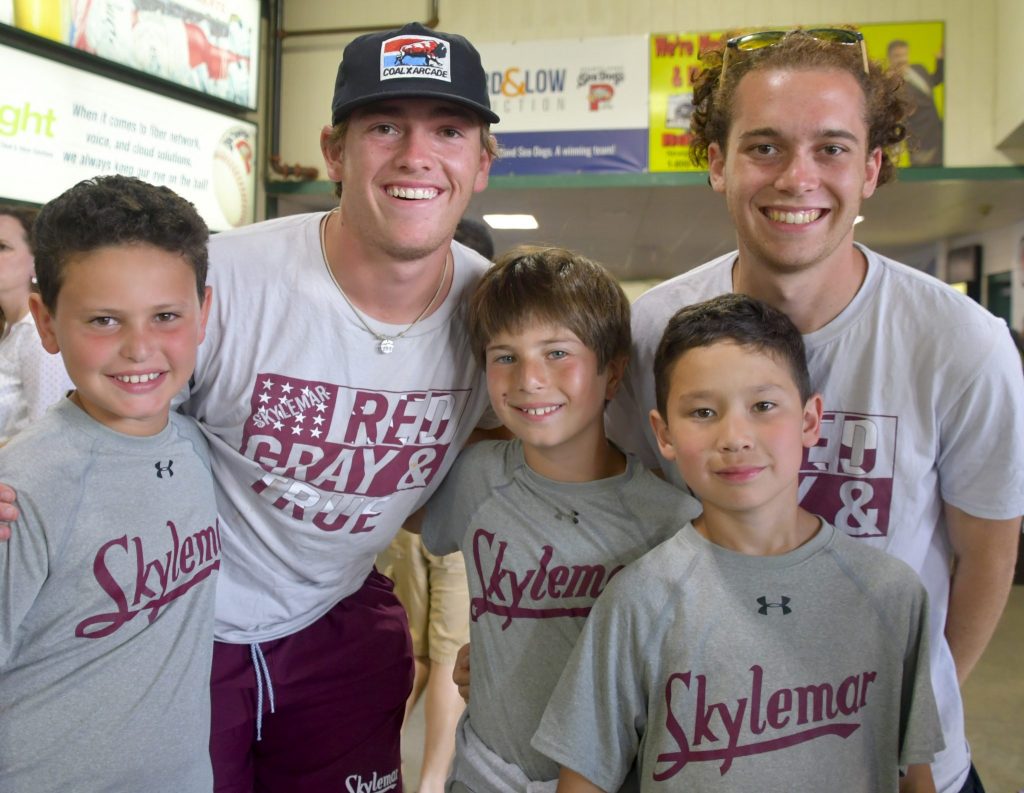 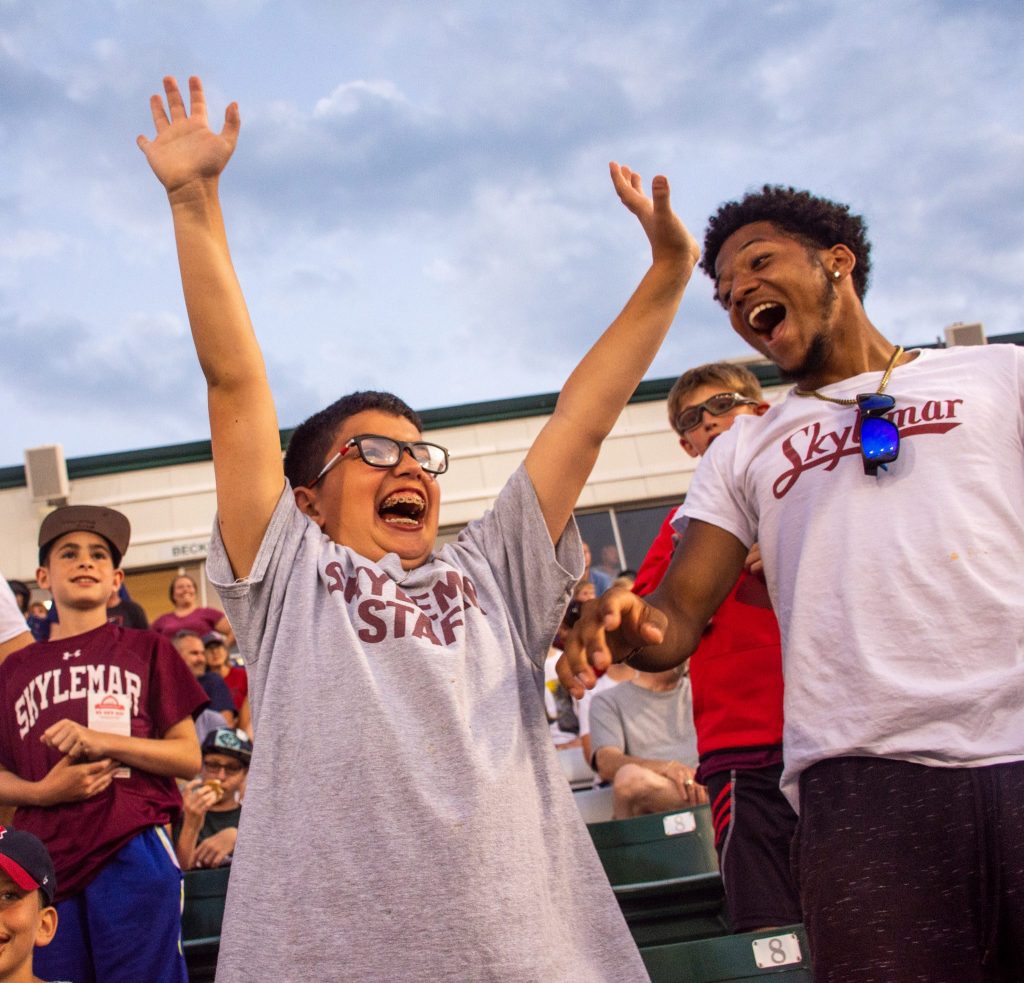 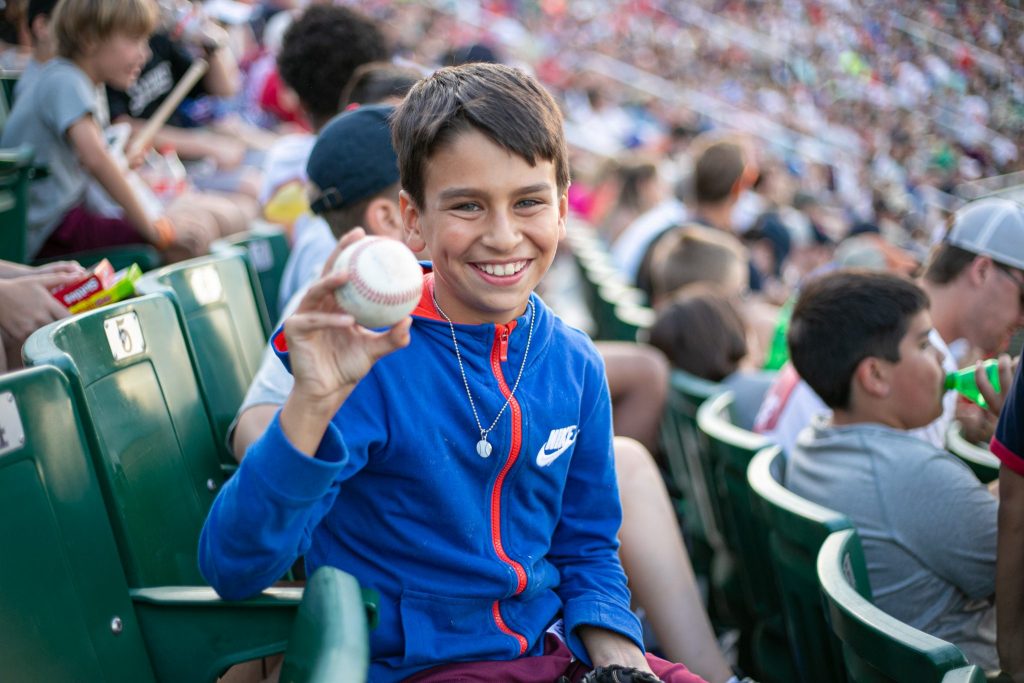 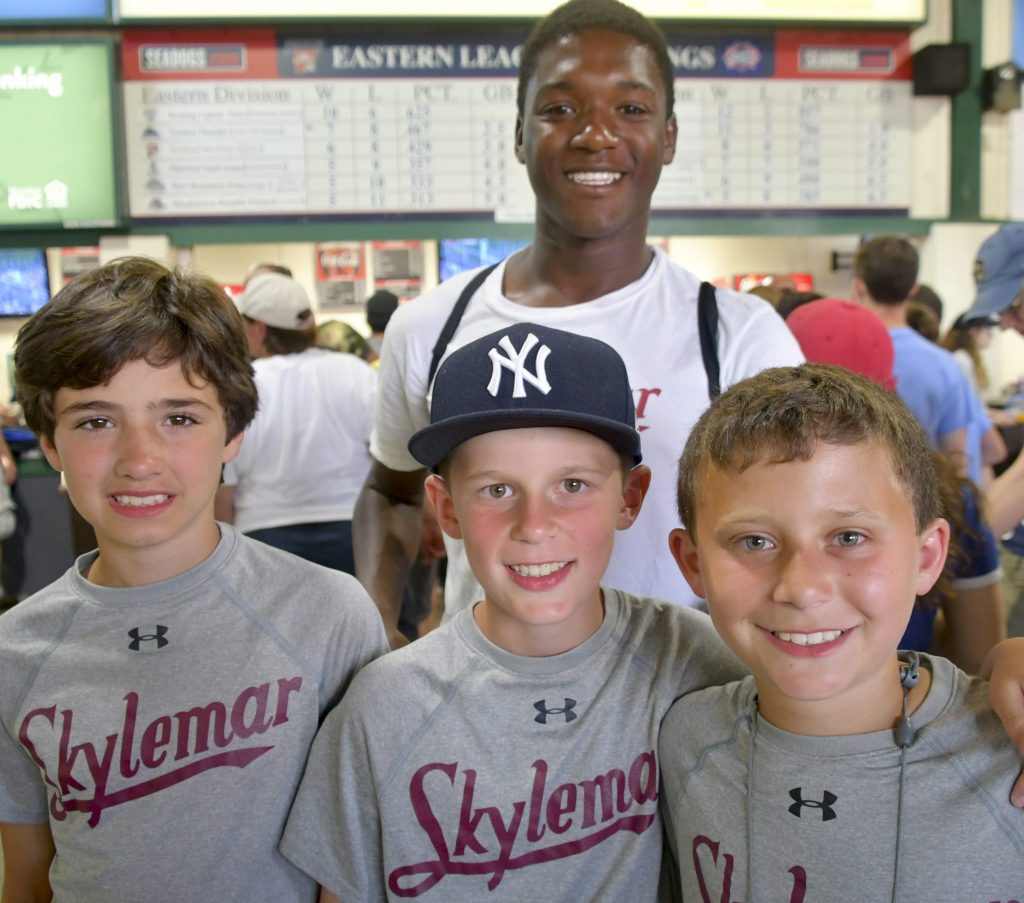 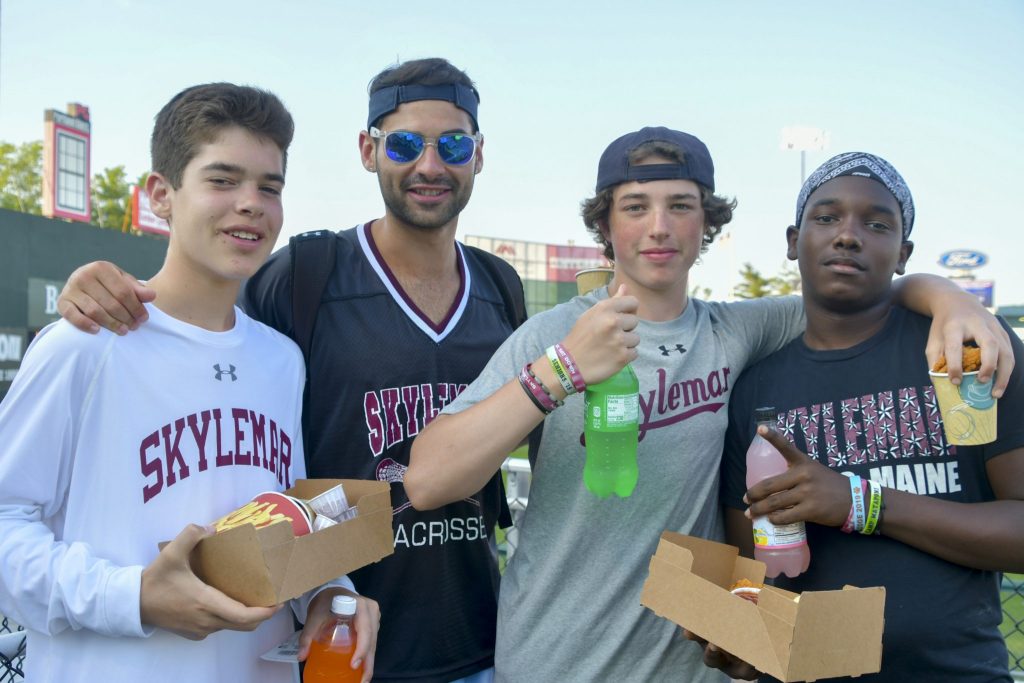 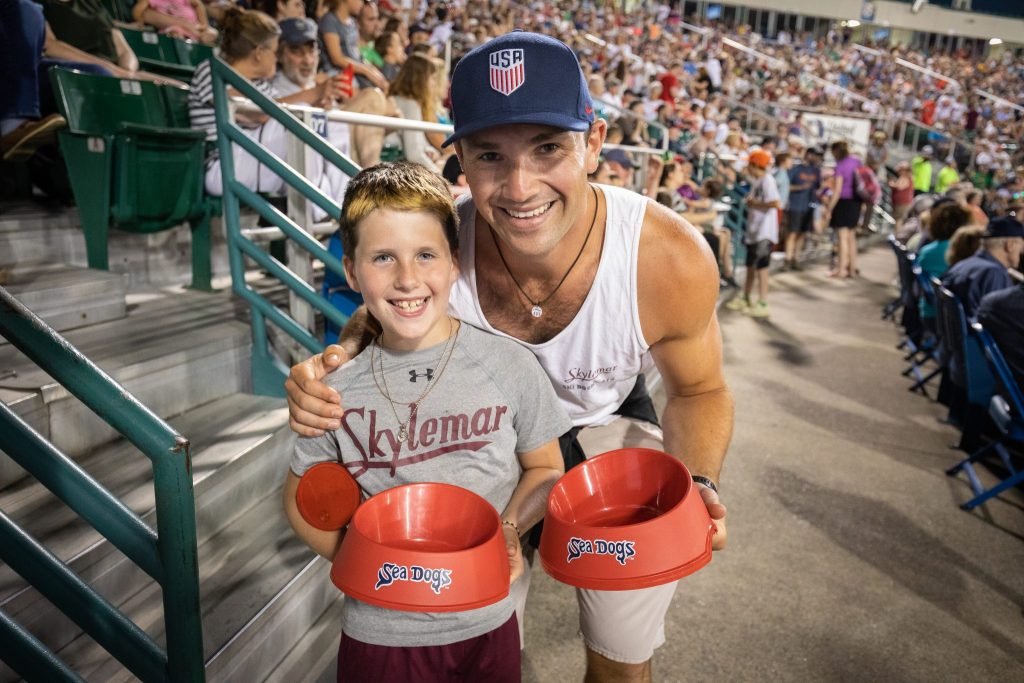 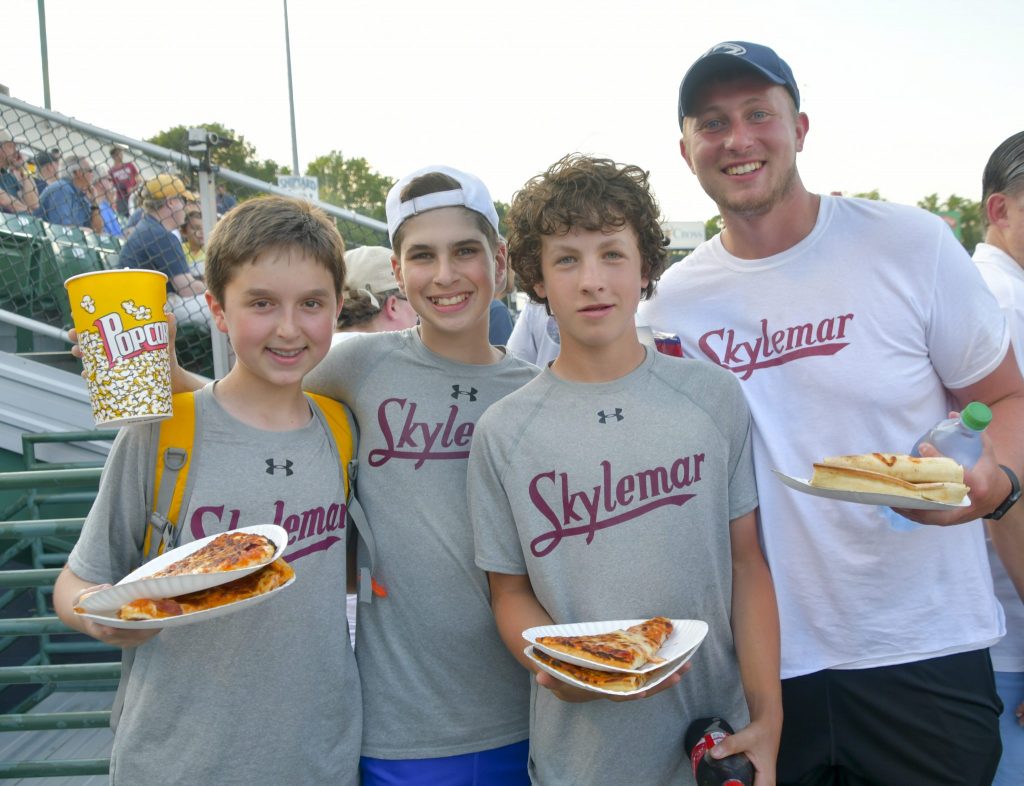 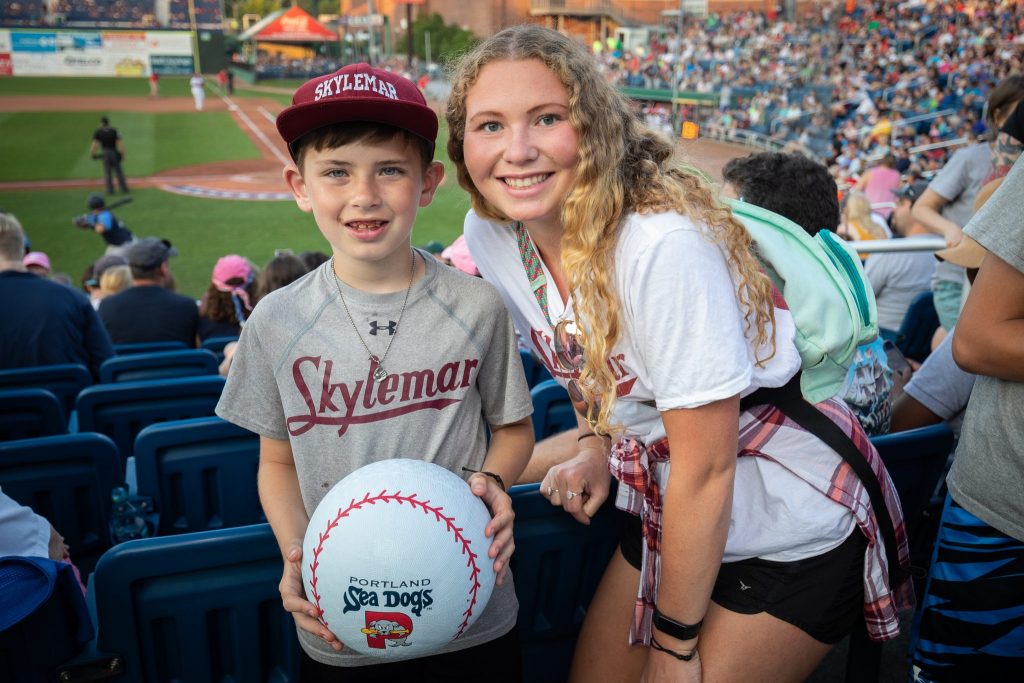 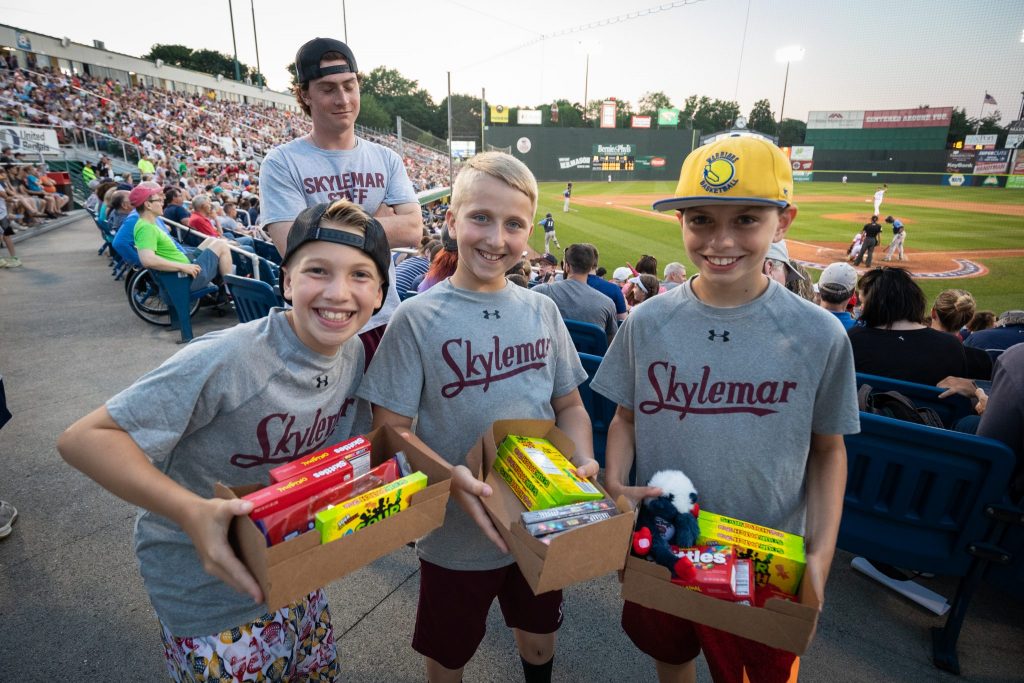 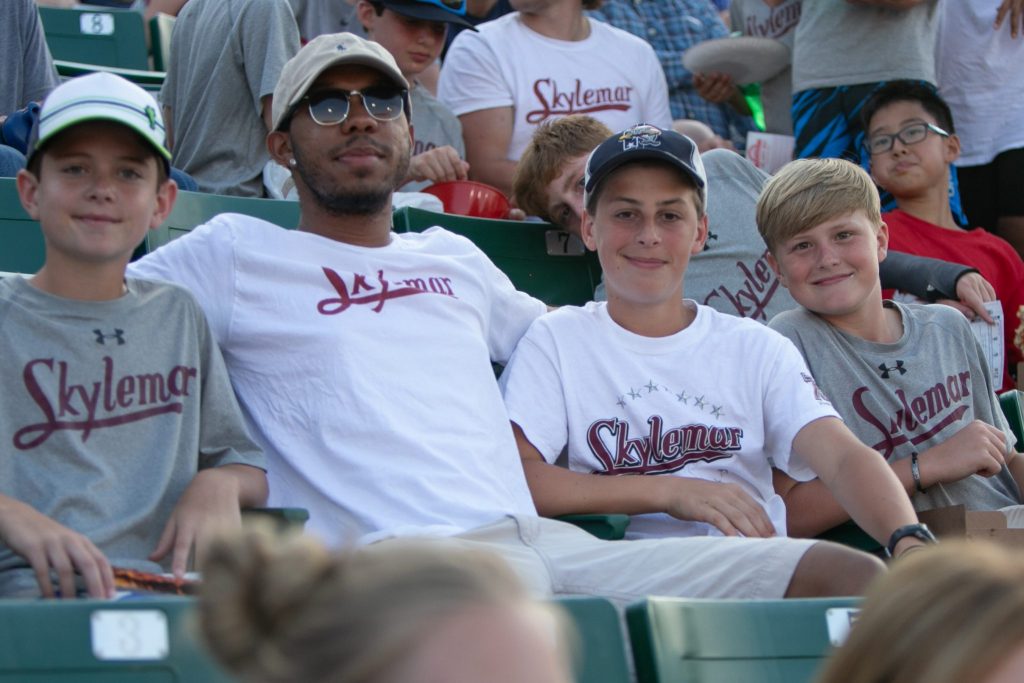 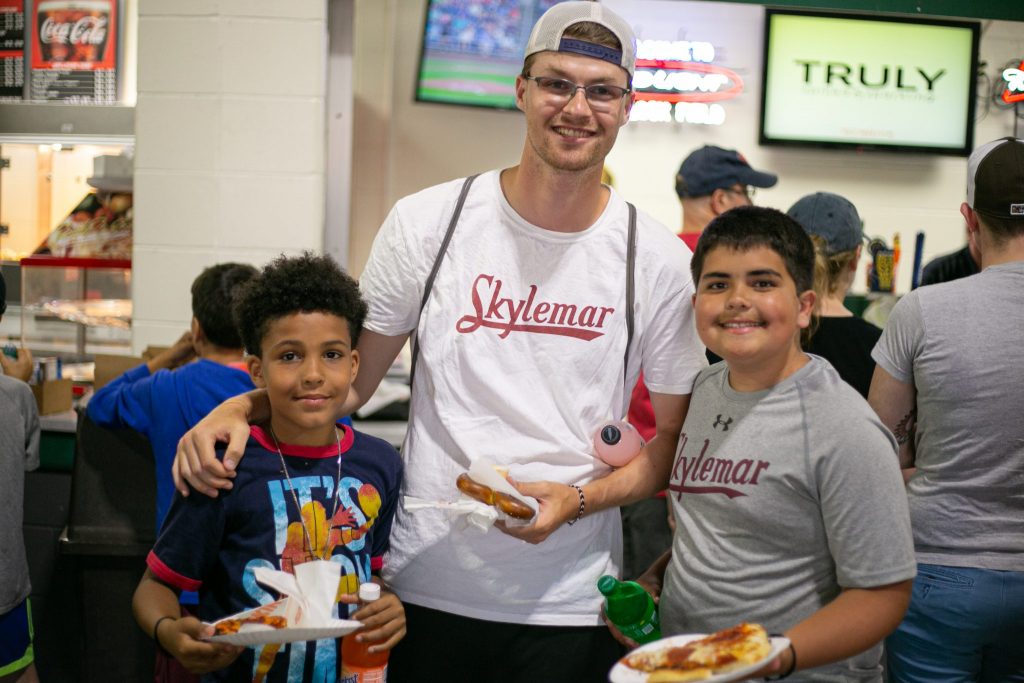 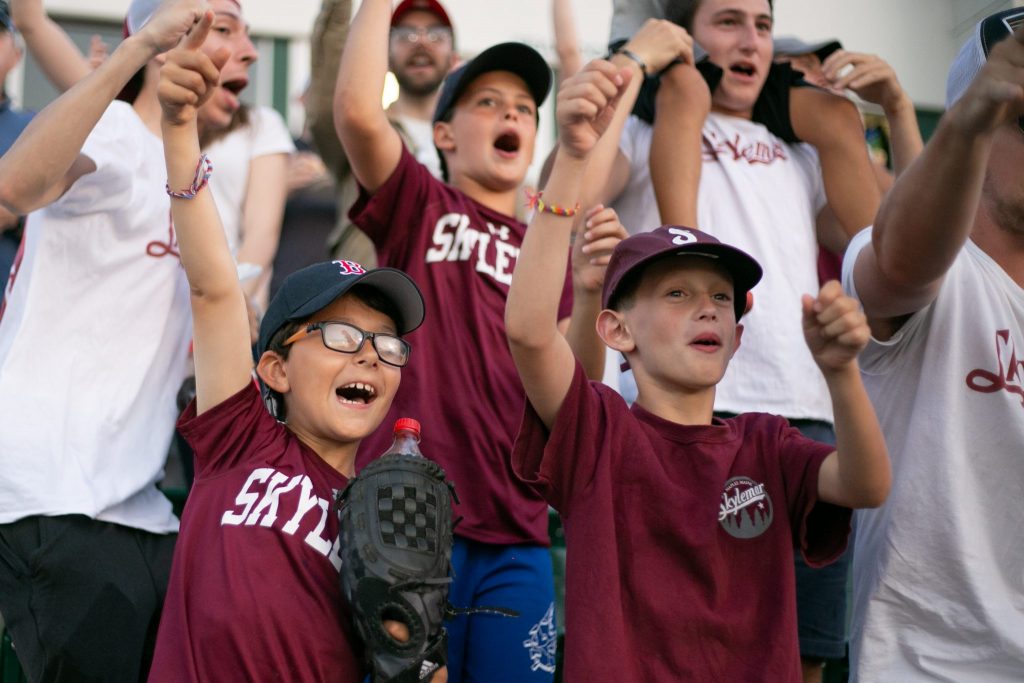 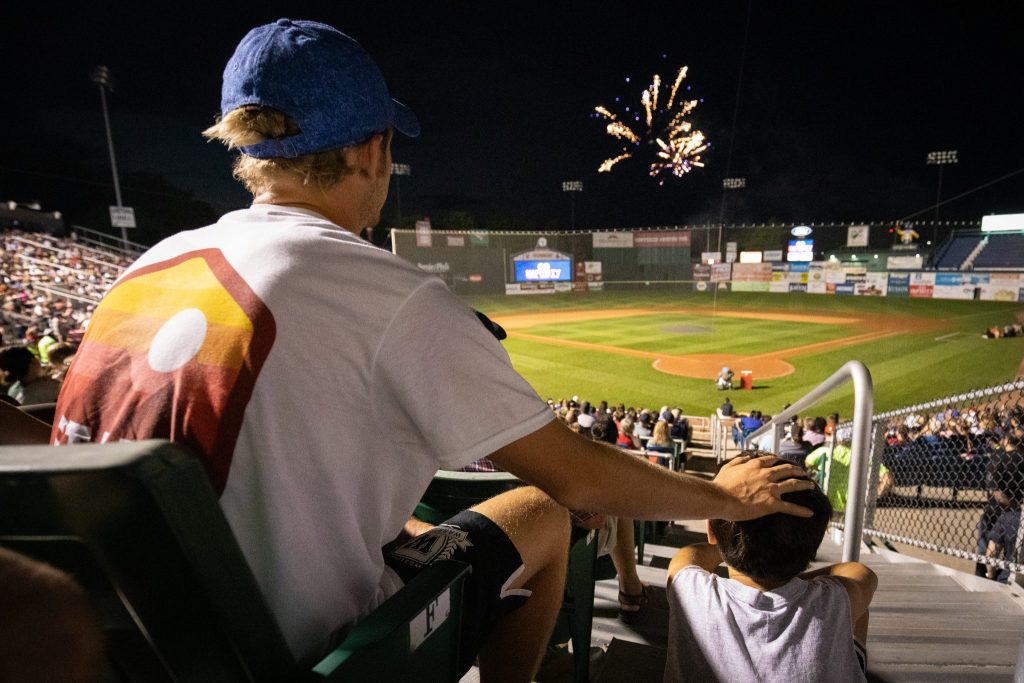 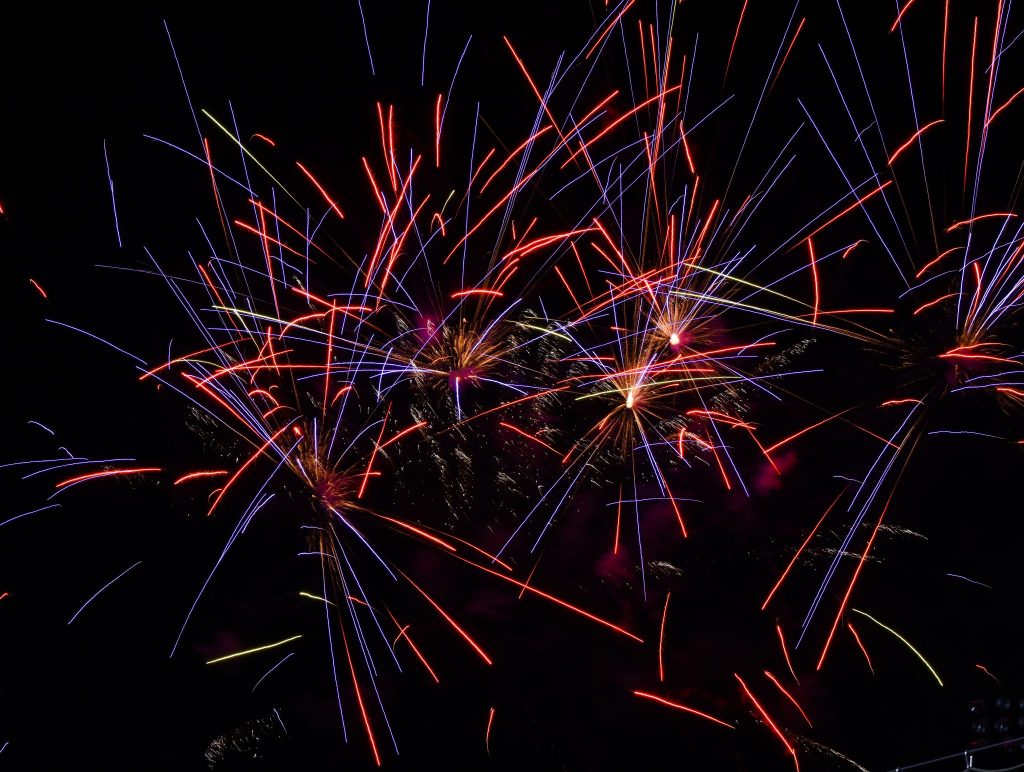 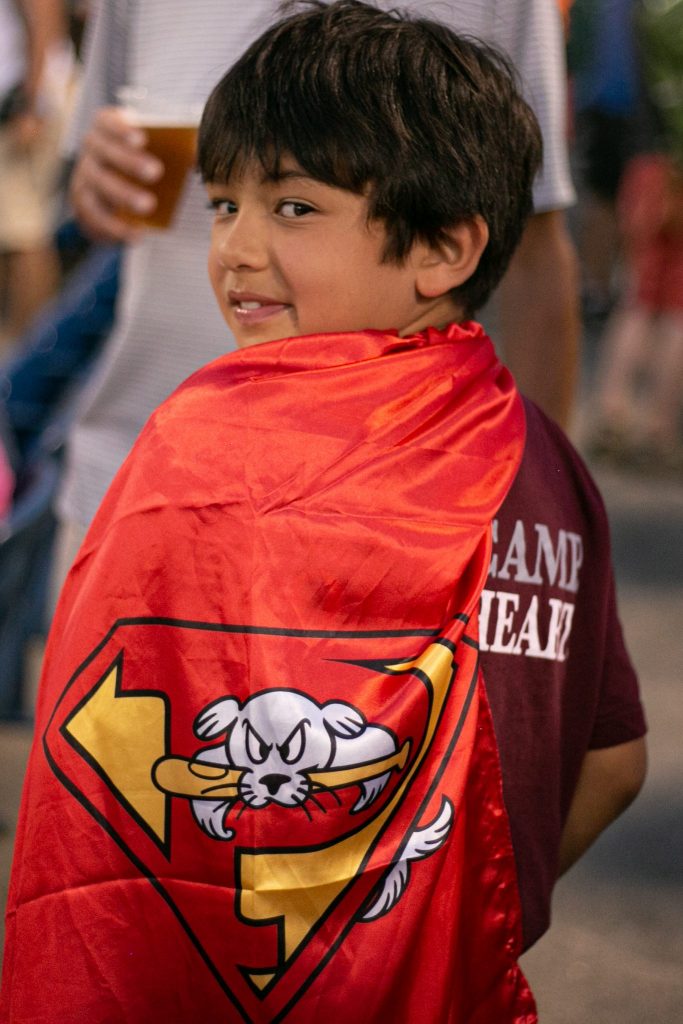 Hadlock Field - they say it’s one of the best minor league baseball stadiums in the country.  We think so too.

Home to the Portland Sea Dogs, Hadlock is the ideal place to take a family of 350 for the evening.  The view’s great from every seat, prices are reasonable, and the ushers are fantastic.  Something about the place puts everyone in a great mood.

It took six buses and a convoy of vans.  Each staff member was responsible for two specific campers, many who had baseball gloves in hand.  You see in this park of 7,000 seats, you really can catch a foul ball.

Our tickets are reserved in sections spread throughout the stadium.  That way it’s kind of like we “own” the place.  The other patrons look worried when we come to sit down (like they do when we get on the BWI flight), but before long they see that we’re a nice bunch of guys.

Shep’s become good friends with the ushers and security guards over the years.  He’s told that the Hadlock staff looks forward to Skylemar coming each July, and that our group is the most organized and best behaved out of their many customers.

Sure, there’s a game to watch, but the food and the music are the very best parts.  Known for their Seabiscuits (2 fresh chocolate chip cookies with creamy ice cream in the middle), where else can you buy a full-sized batting helmet filled with french fries, an eight-pound hamburger or nachos in a dog bowl?  There’s great music played throughout, and so the Skylemar guys were up and dancing whenever they could.

Favorite story of the night:

A fly ball hit a woman in the next section, square on the forehead.  The ball rolled over to Theo C (age 11).  He immediately picked it up, but instead of celebrating, he went over to see if the woman was alright.  Then without hesitation, he gave her the ball.  The kindhearted ushers saw it all go down, and made sure Theo got a ball too.

The Seadogs beat the Trenton Thunder 9-2, and afterwards there was a special fireworks display right in the ballpark.  According to one friend, “The fireworks were dope.”   That sums up a really great night.

At the snack stand, Ben G politely ordered “a cheeseburger without the cheese”.

“Come to Skylemar, you'll join the warmest, largest family you've ever been a part of. You learn not just about sports, but about life, and make the greatest bonds with the greatest people.”