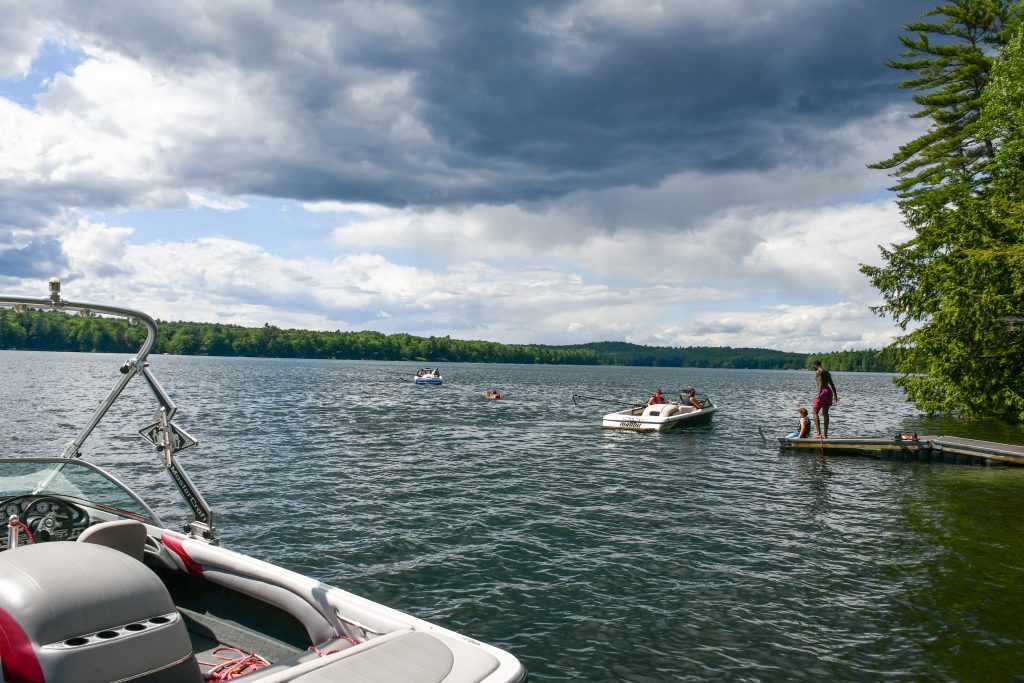 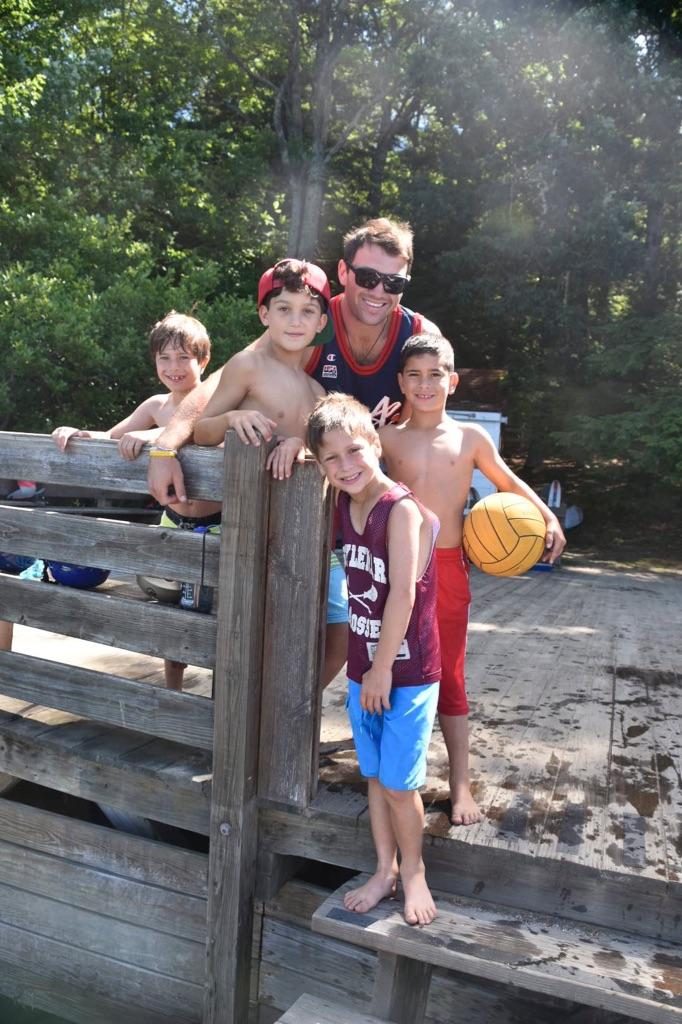 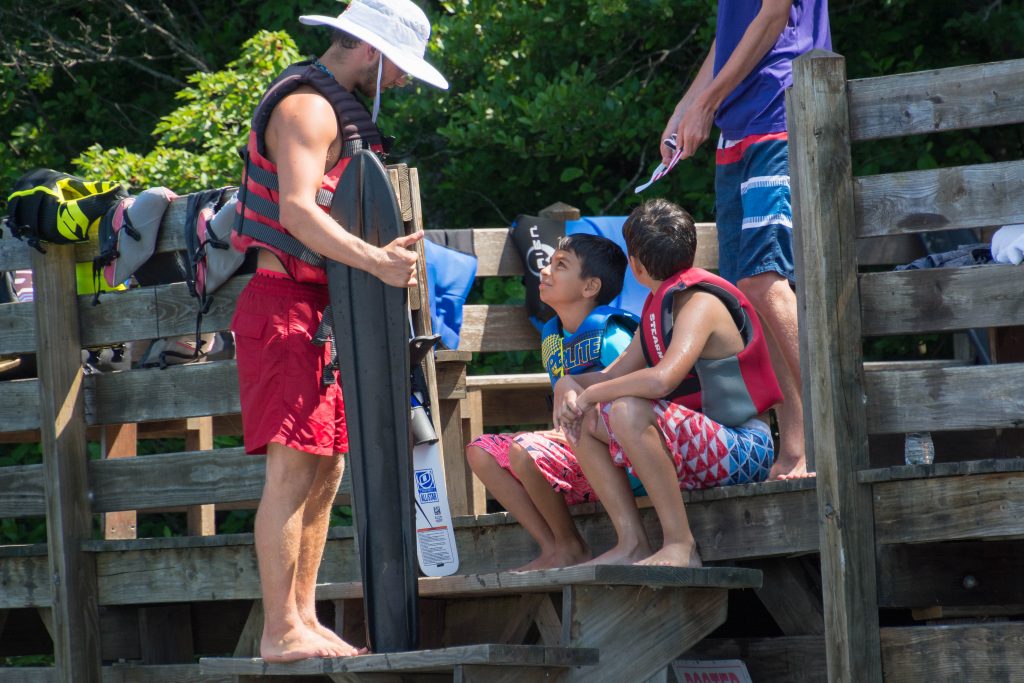 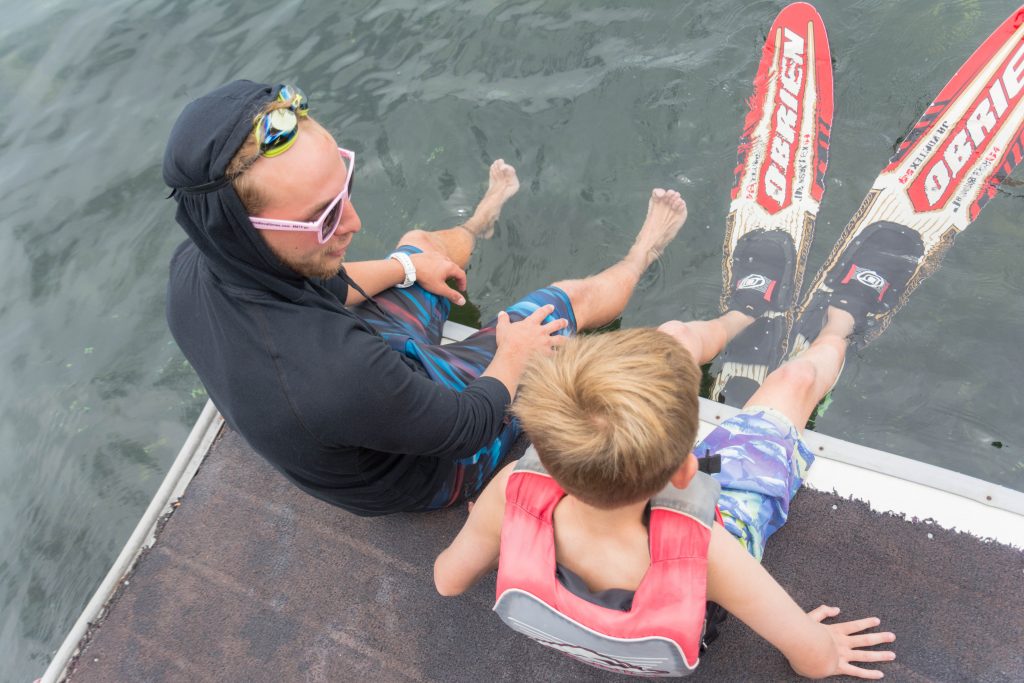 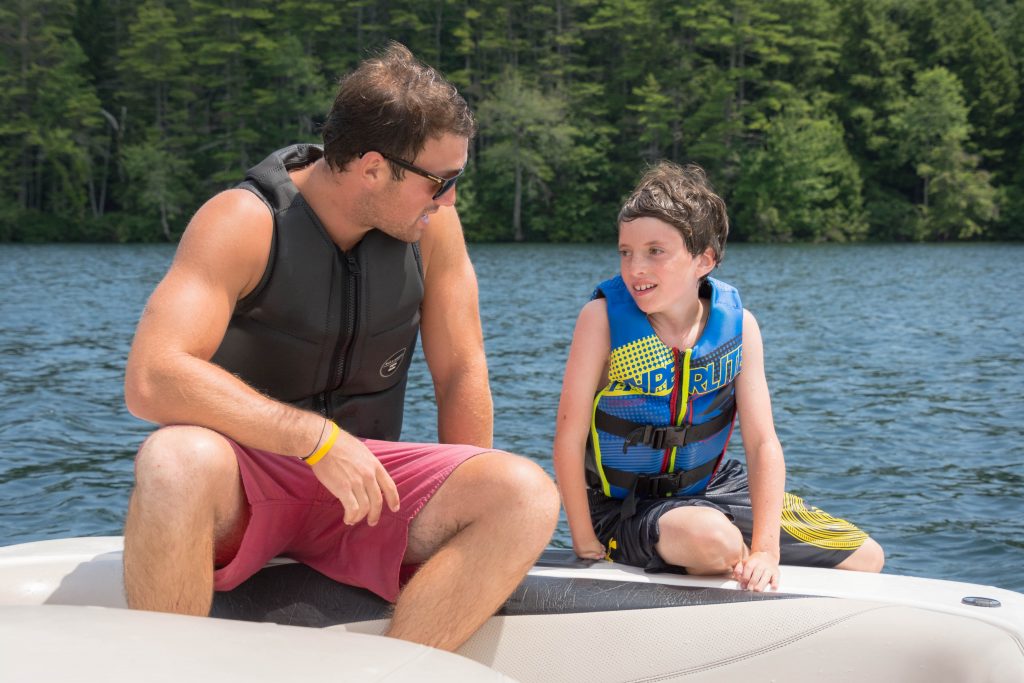 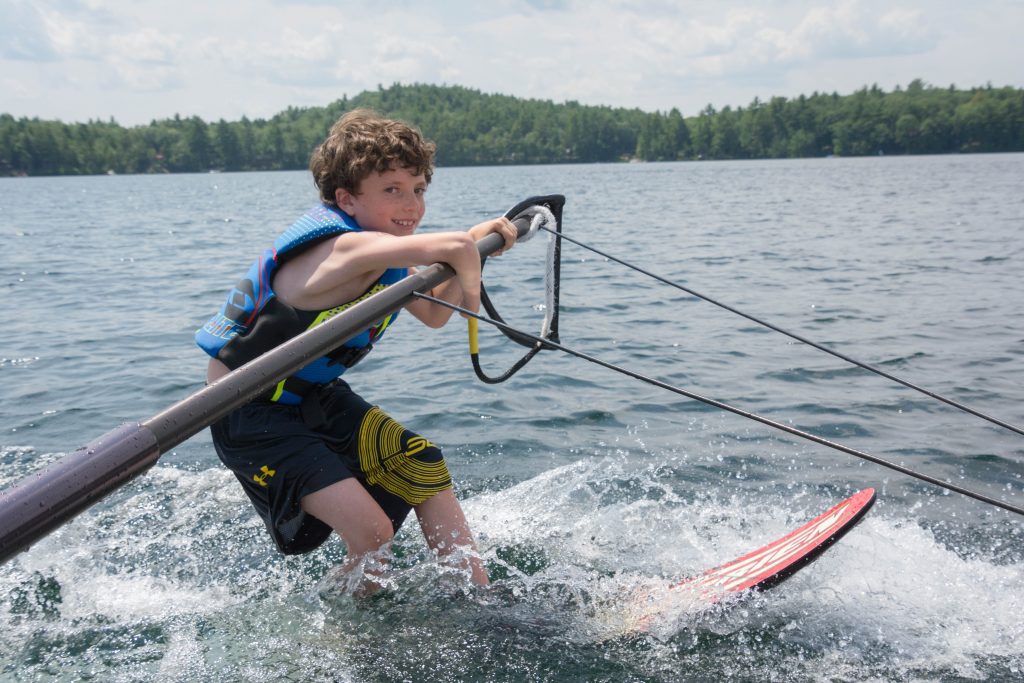 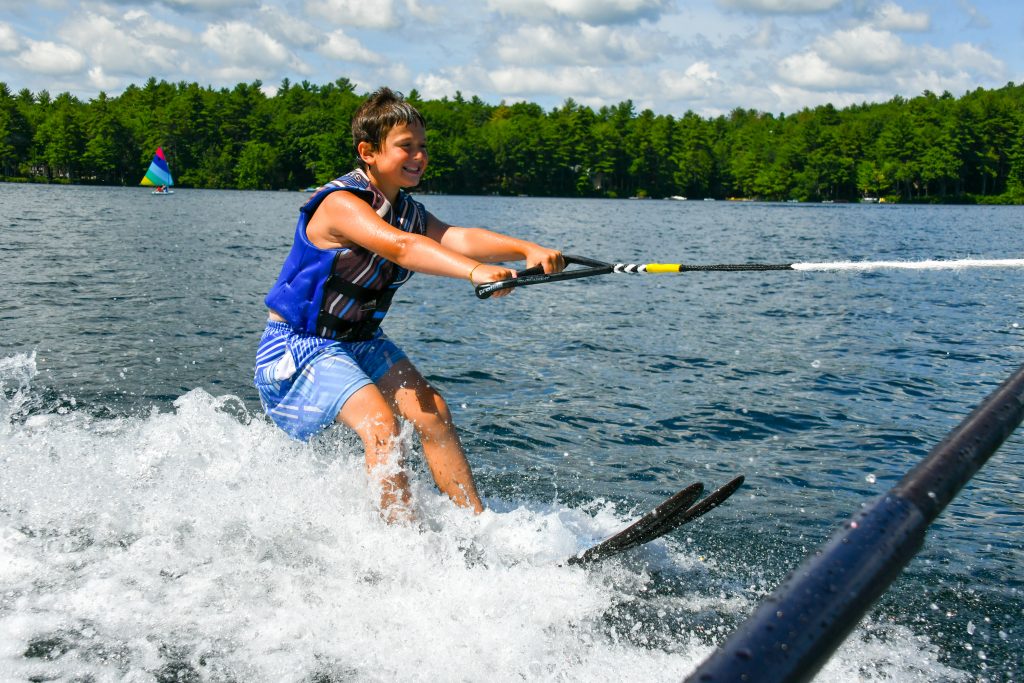 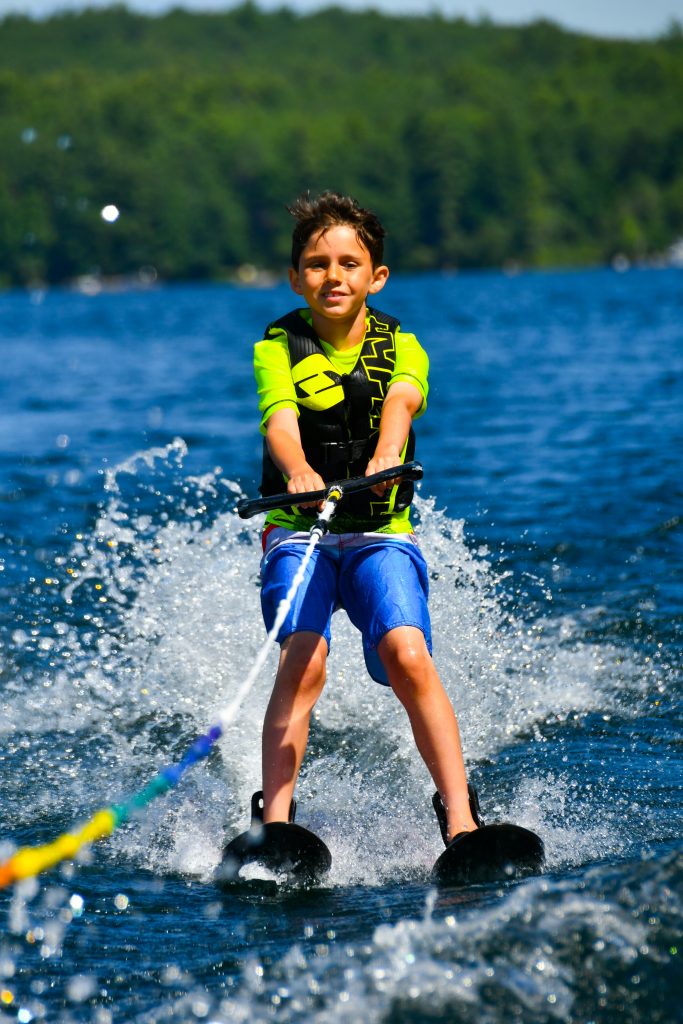 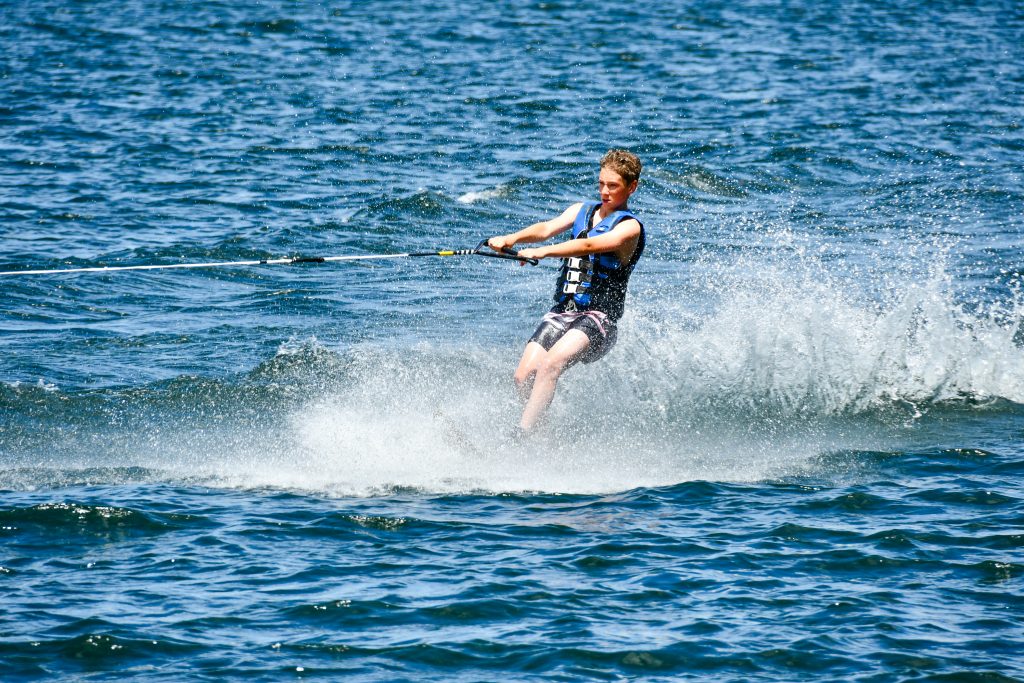 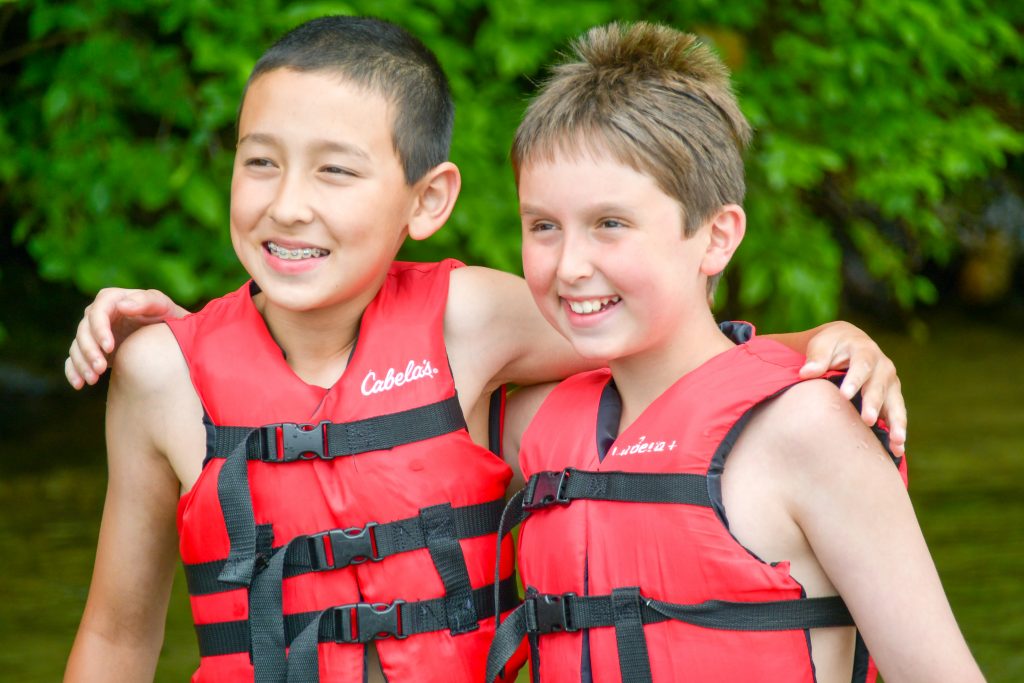 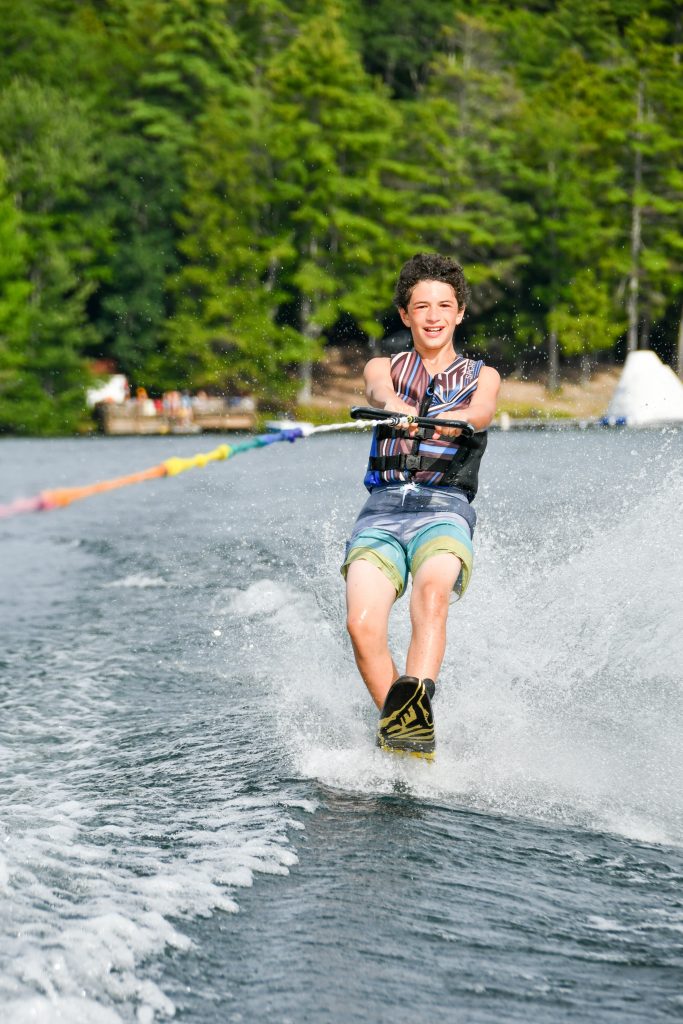 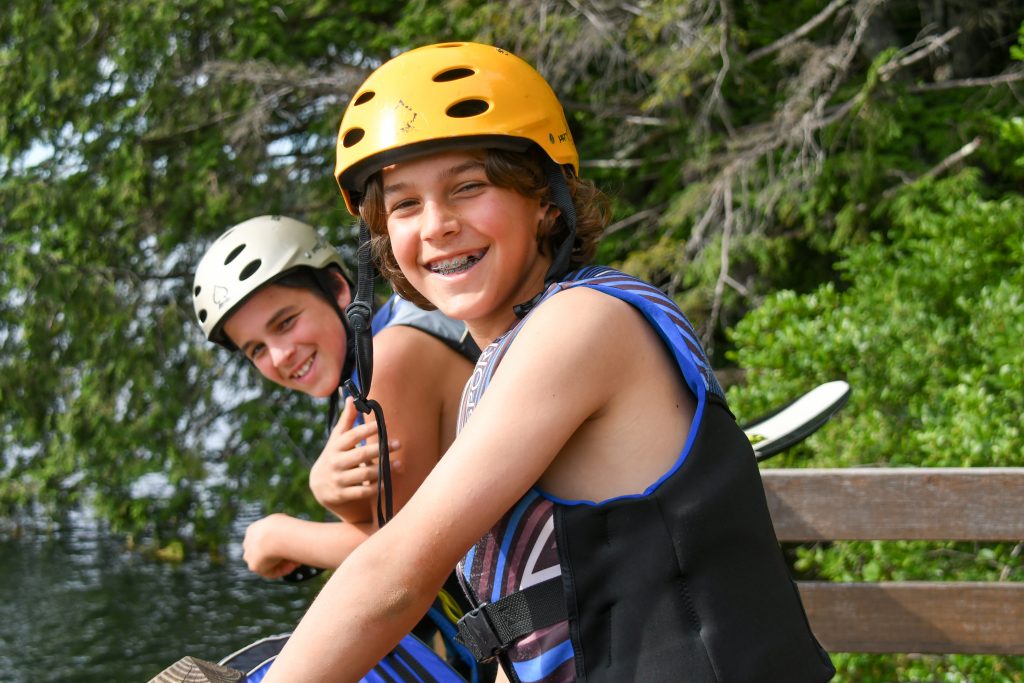 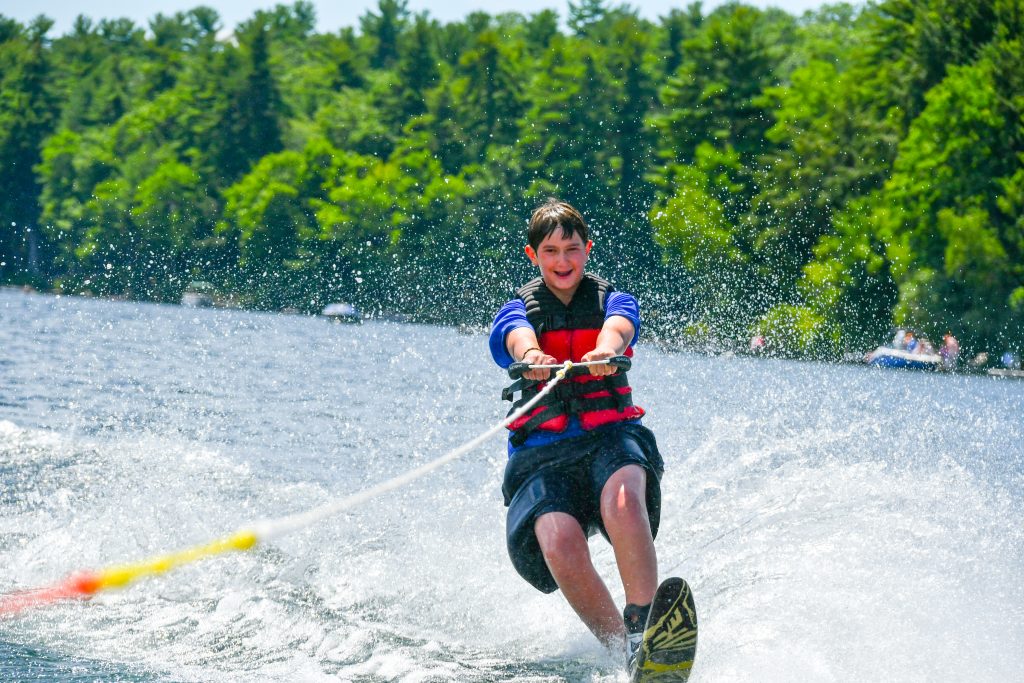 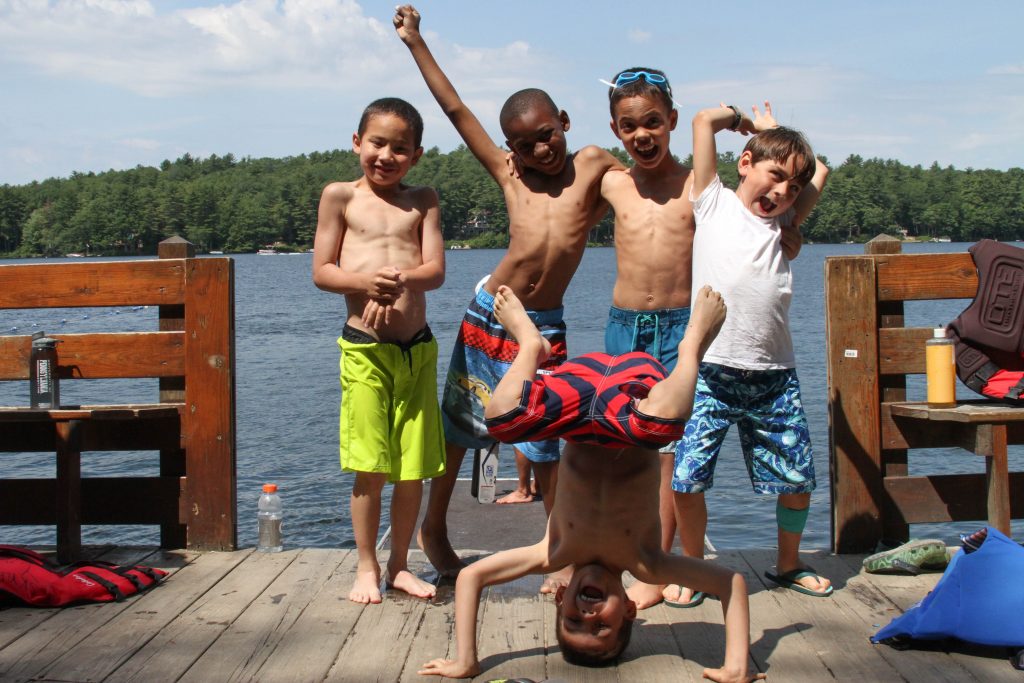 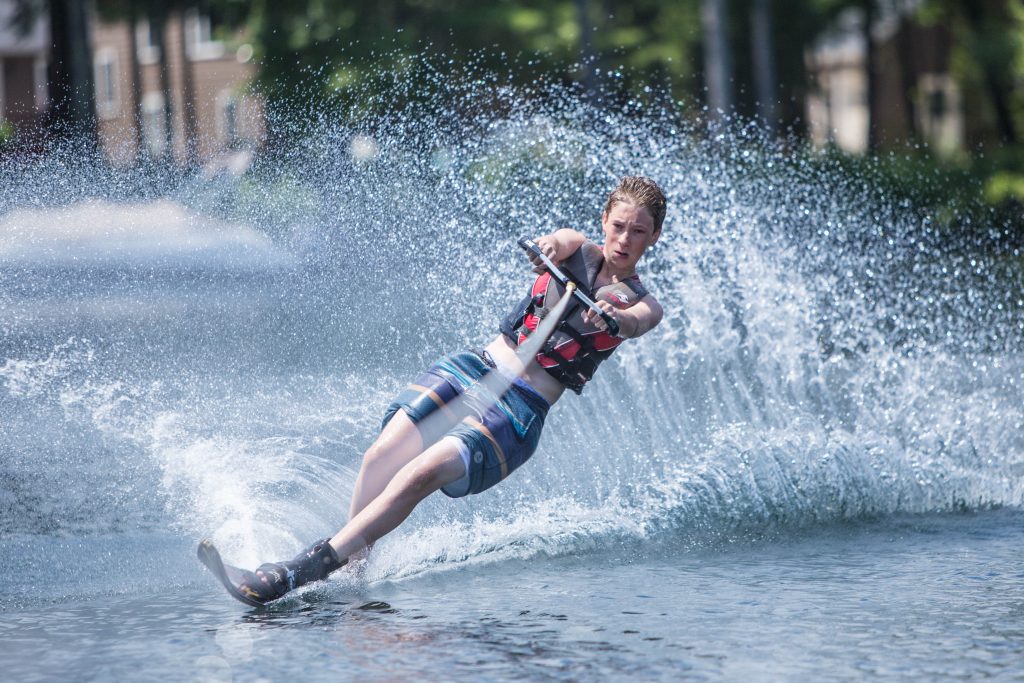 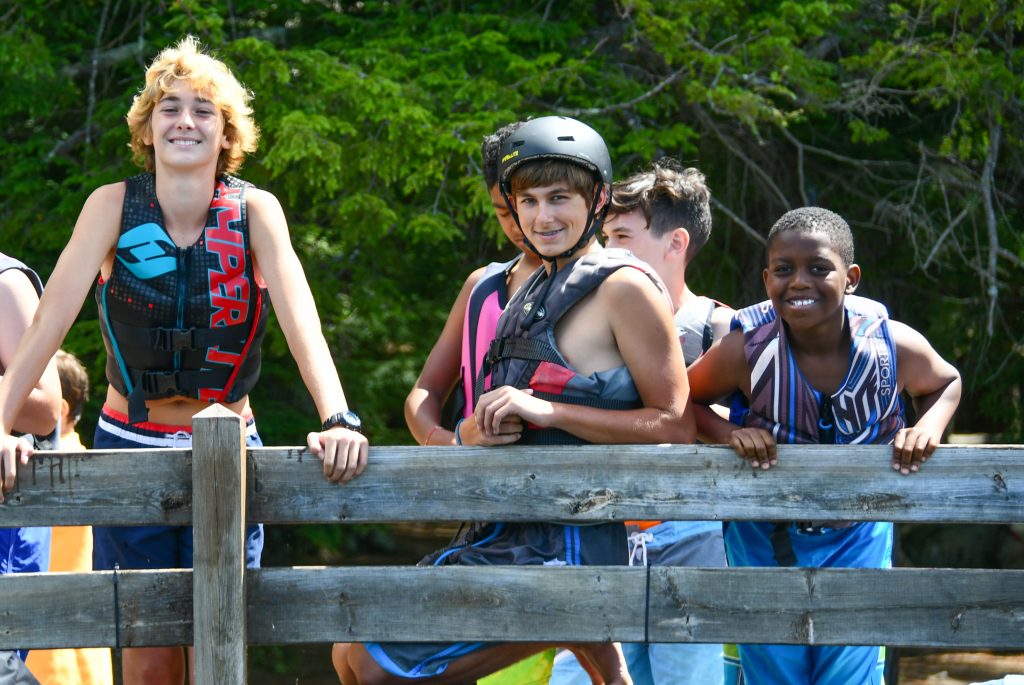 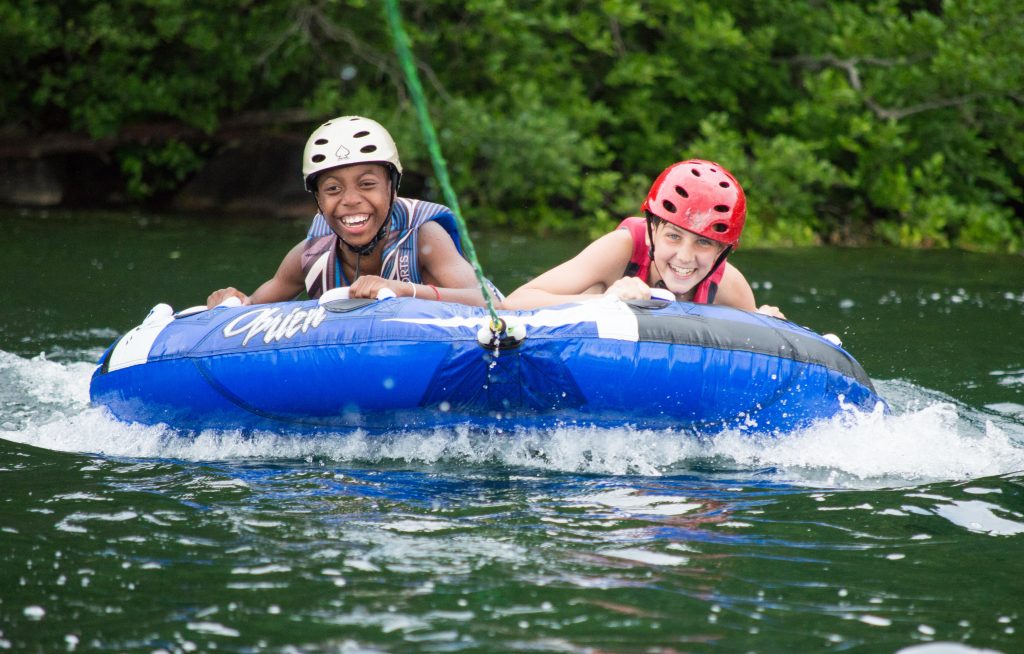 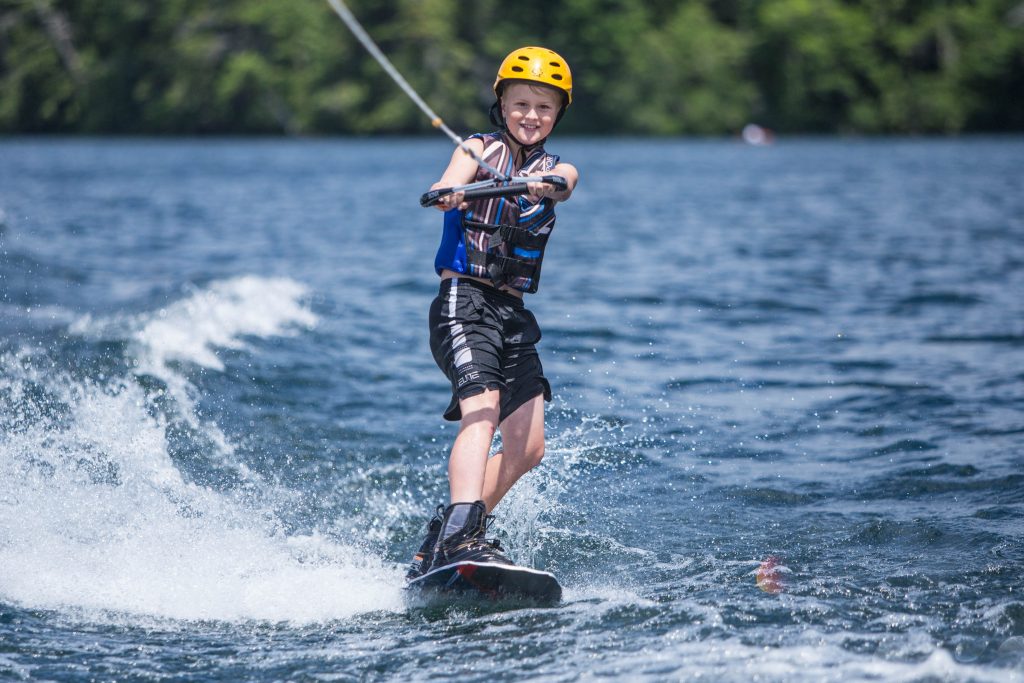 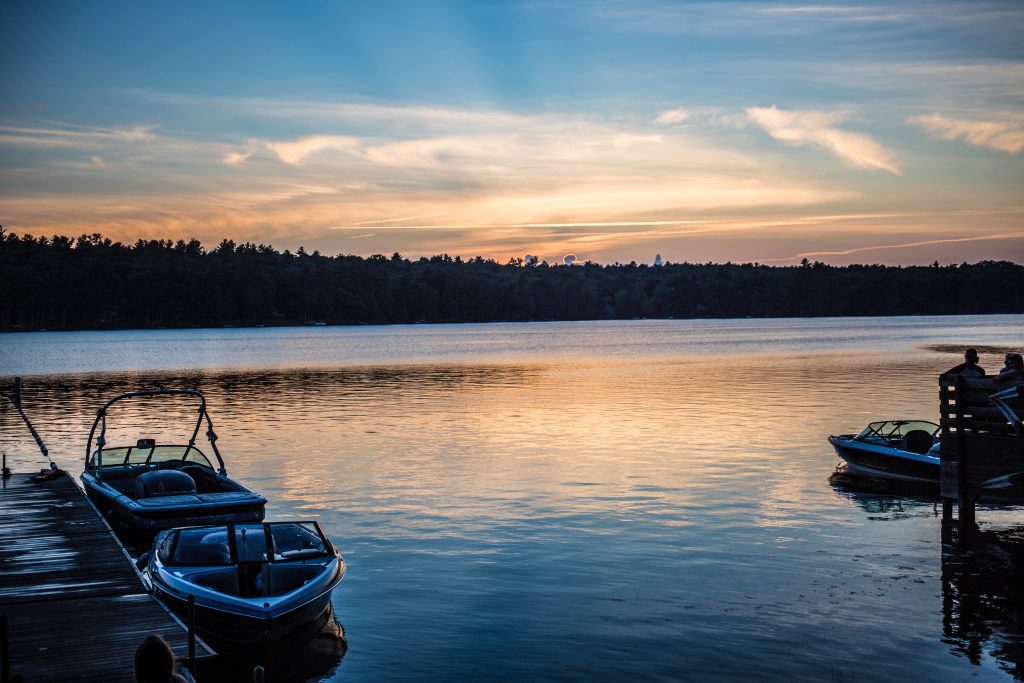 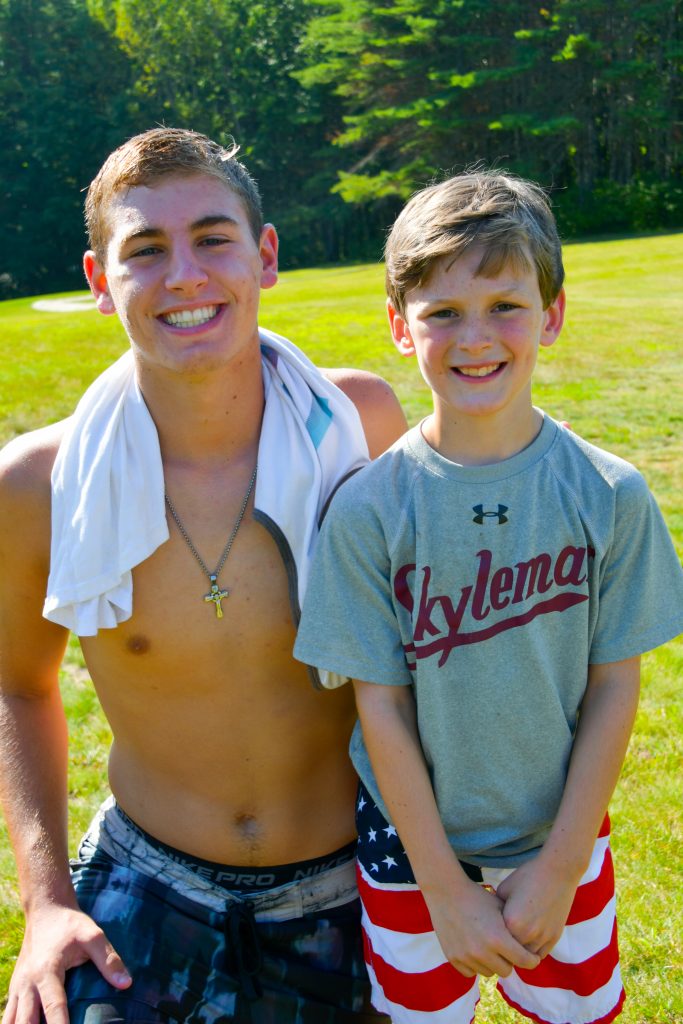 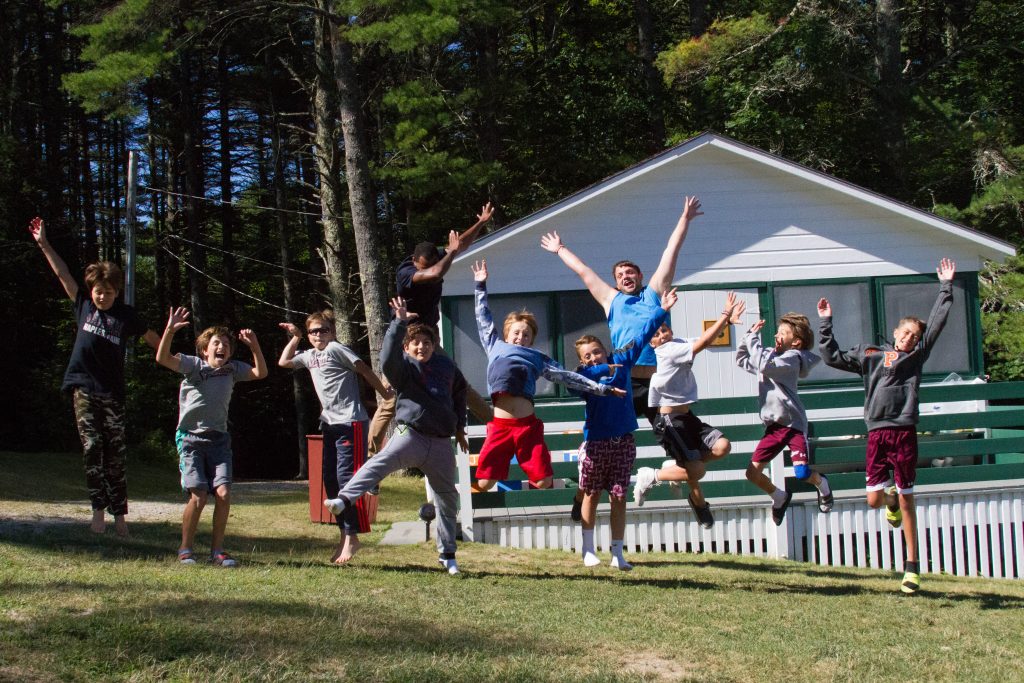 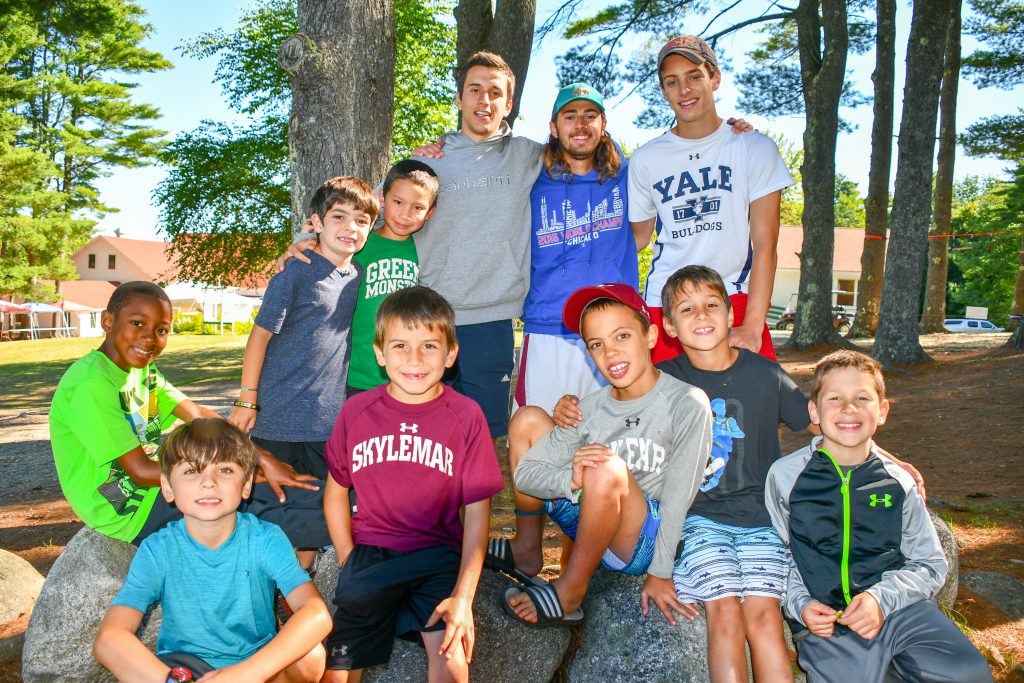 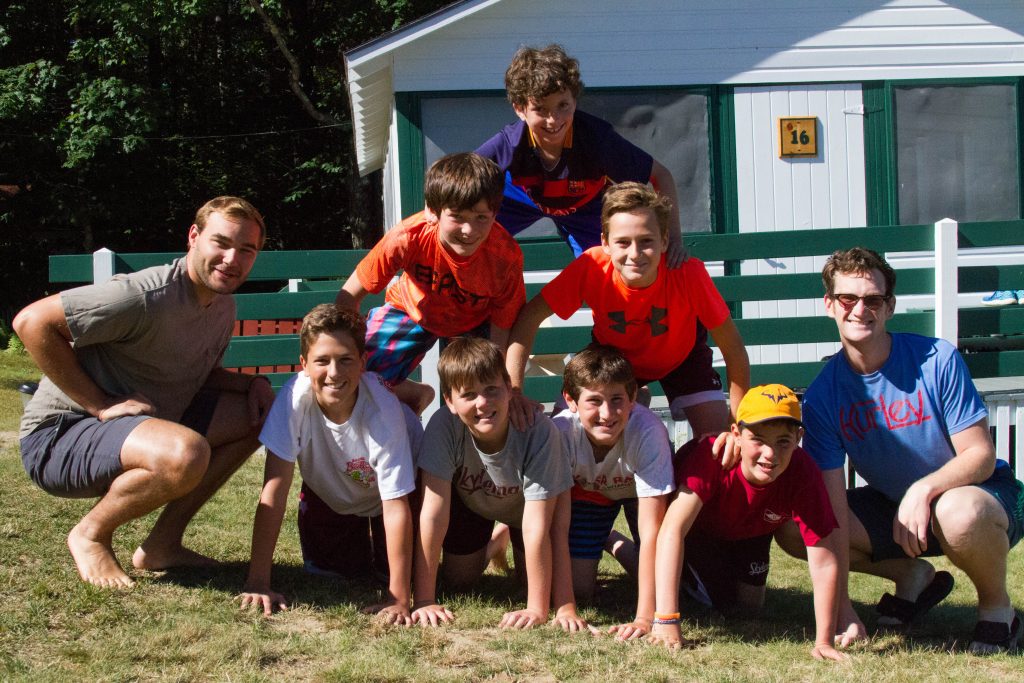 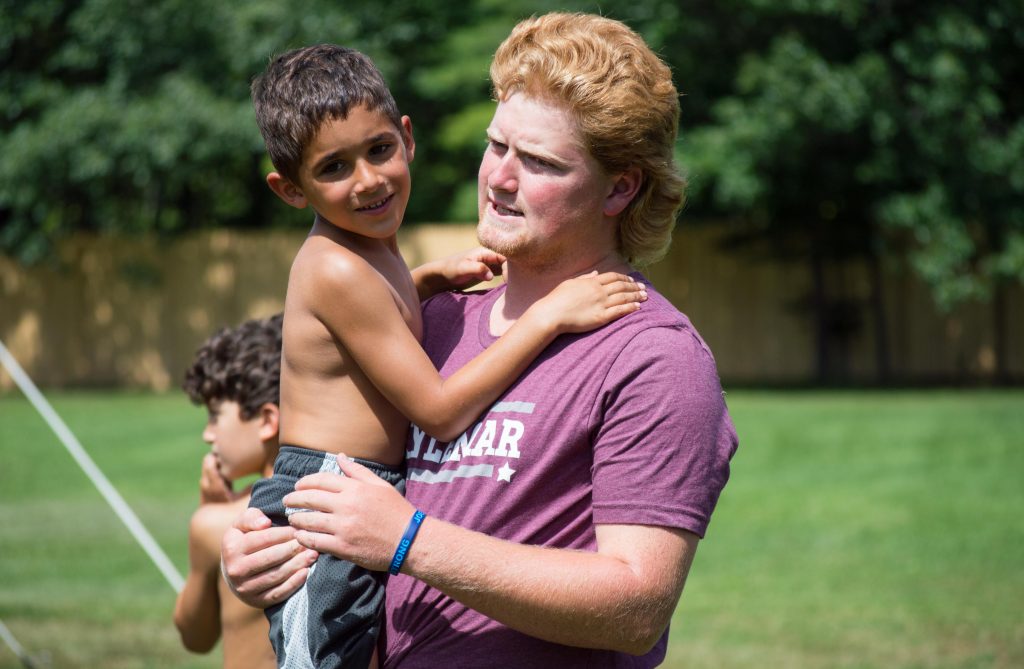 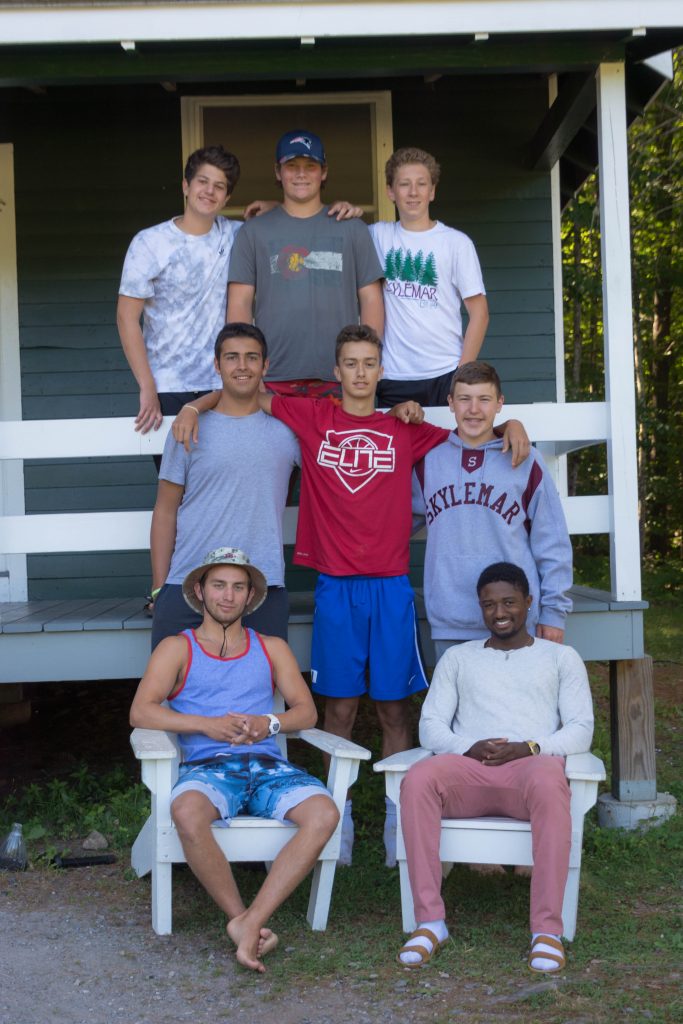 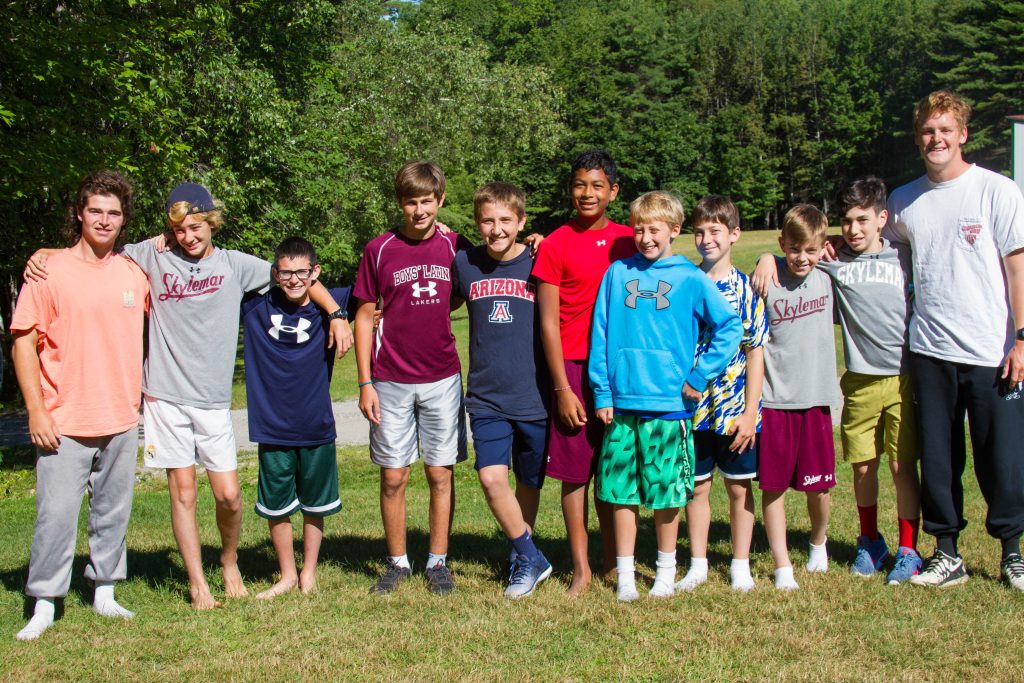 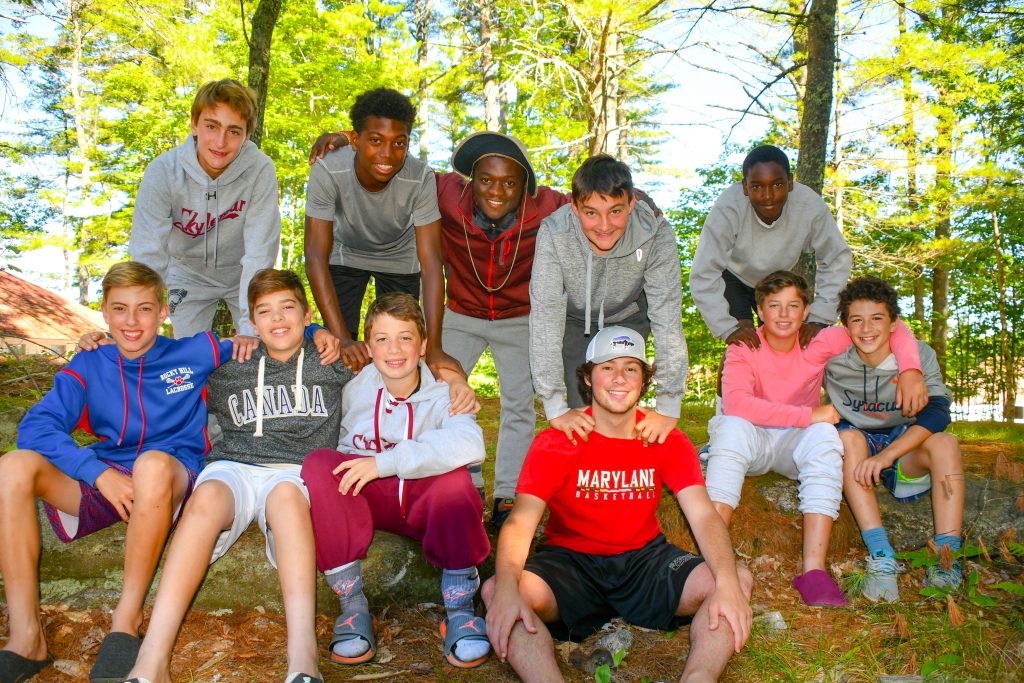 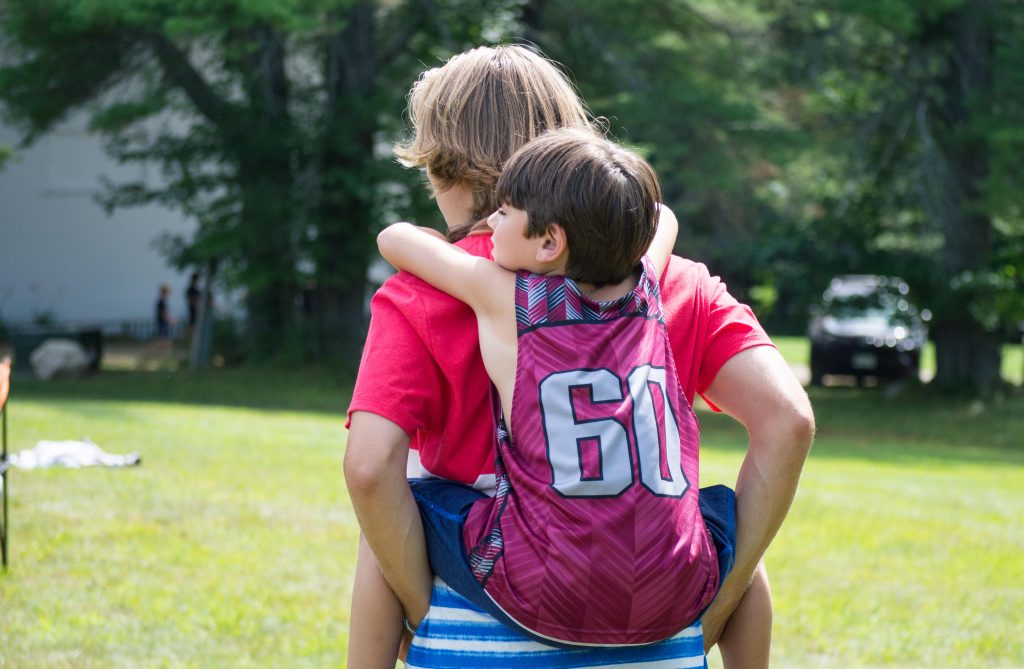 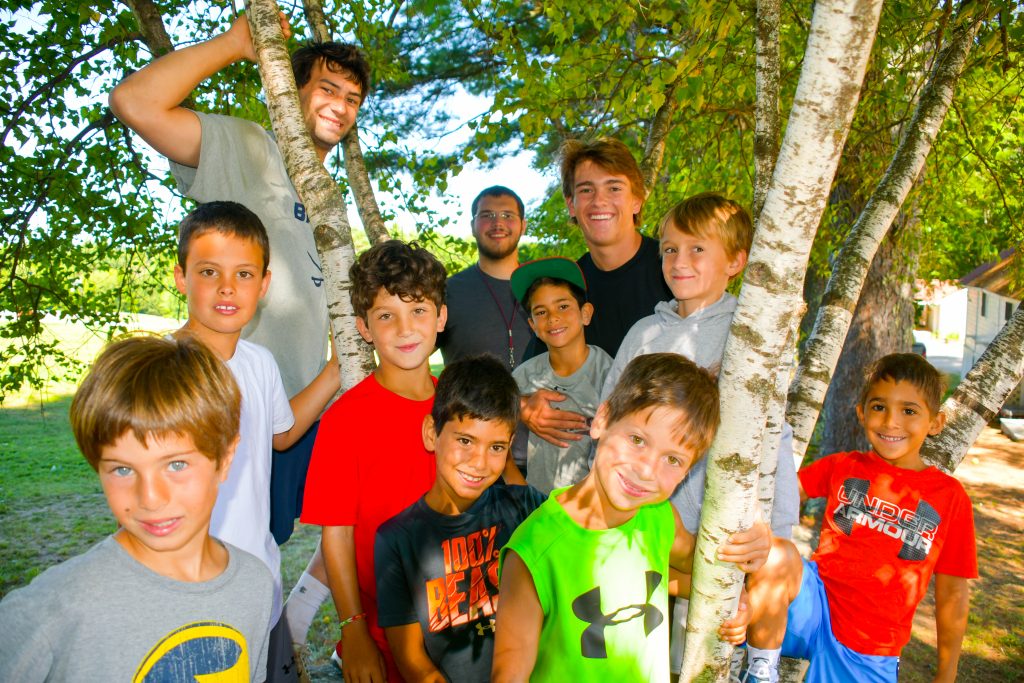 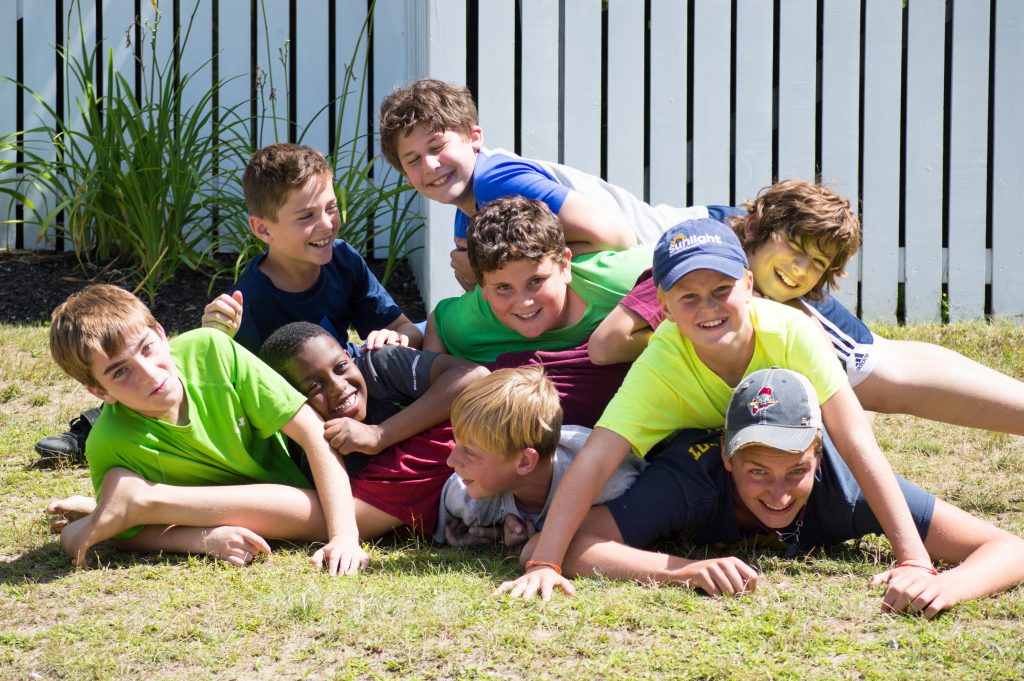 For some it’s all about “return on investment”.  At the Skylemar Ski Dock, the return is measured in the valuable stuff:  Self-confidence.  Independence.  Listening skills.  Trust.

The Ski Dock (aka SSX Trickey) is a fine-tuned machine, built by Nick Shep and his ten talented teachers.  For the staff, it’s safety first; then energy, enthusiasm, patience and clarity.  Each counselor has an important role, whether driving one of the three ski boats, spotting or working the lower and upper docks.

This year 93% of Camp Skylemar has tried skiing.  100% have been successful.  As to the other small percentage, the team is still working on them.  You see, the Ski Dock staff never gives up, and promises every boy who tries will get up for sure.

The system is very intentional, right from the start.  As the boys wait their turn on the upper dock, it doesn’t feel so much like they’re waiting.  Instead, counselors are “hanging out” with them, tossing a ball or playing balance games, learning about each boy.  What the counselor learns is then shared with those in the boat.  For example, when it’s a new camper’s turn, counselor Trent says to the instructors, “This is Jackson from Chicago, and he’s a huge Bulls fan”.  The simple act of learning a little about the boy shows that the teacher cares, and instills trust between the teacher and student.  Think about it:  when people learn about each other, a bond is made.

First timers start on the boom, which is a tremendous teaching tool.  The boom extends just off the side of the boat, meaning the skier can easily hear what the instructor says.  “OK, Jackson!  Keep your knees bent, arms straight and let the boat pull you up.  Say ‘hit it’ whenever you’re ready”, says Chad.

Up he goes, and mission accomplished.  He’s got the feel, and around the lake he goes.  Next time it’s short rope.  Then long rope.  Then wake crossing.  A bunch of practice and then it’s time to try one ski.

As a matter of fact, this year there’s the highest number of kids in Skylemar history to go from never ever skiing to slalom.  Wow!

The Ski Dock is not just about waterskiing.  There’s wakeboarding, kneeboarding, tubing and wakesurfing to try as well.  To wakesurf, you get up on a flat board without boots.   Once up, you let go of the rope and surf the boat’s wake.

After lots of practice, it’s fun to give trick skis a try.  Trick skis are shorter, have no fins, and give you the ability to spin around.  When really, really experienced, you can try the Mau Mau Challenge.  That’s skiing on a canoe paddle.  Hardest of all is barefoot skiing, which only a very few master after years of practice.

No matter where you are in the stage of progression, it’s a tremendous feeling to get up and be successful.  Not only does the camper feel proud, but those on the dock and in the boat, feel so as well.  There’s a whole lot of cheering going on at Trickey Pond.

The important stuff carries on long after the run.  That bond between skier and instructor stays strong, and the payback is tremendous.  Many thanks to the team who never gives up:  Nick, JFink, Chad, AFink, Trent, Gibby, Cory, Peter, Charvez, Tomas and Blake.  You guys are the greatest!