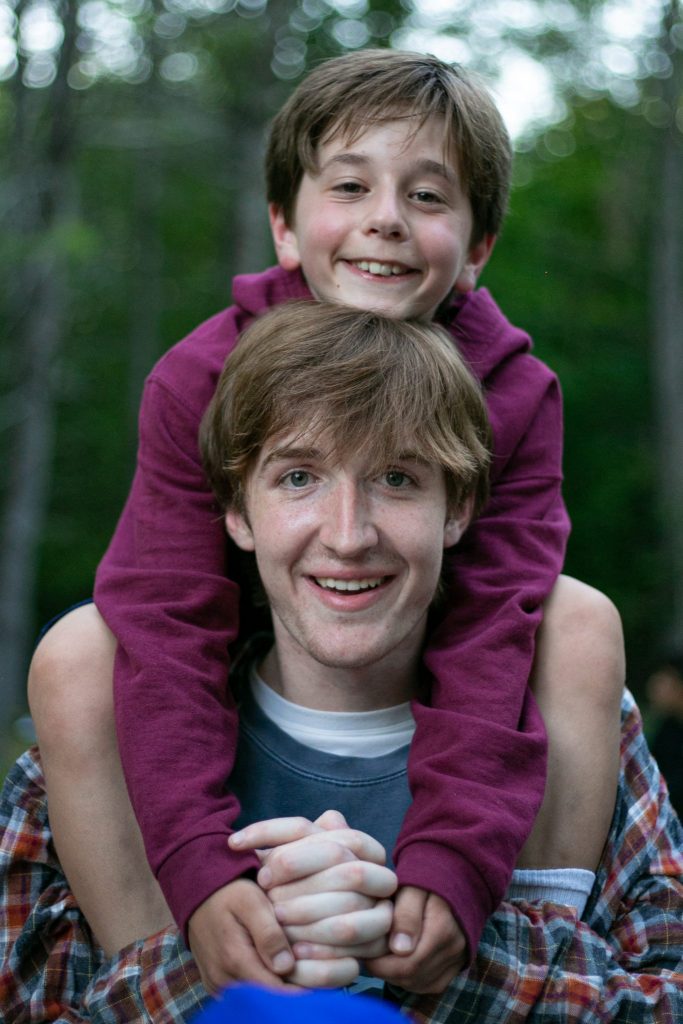 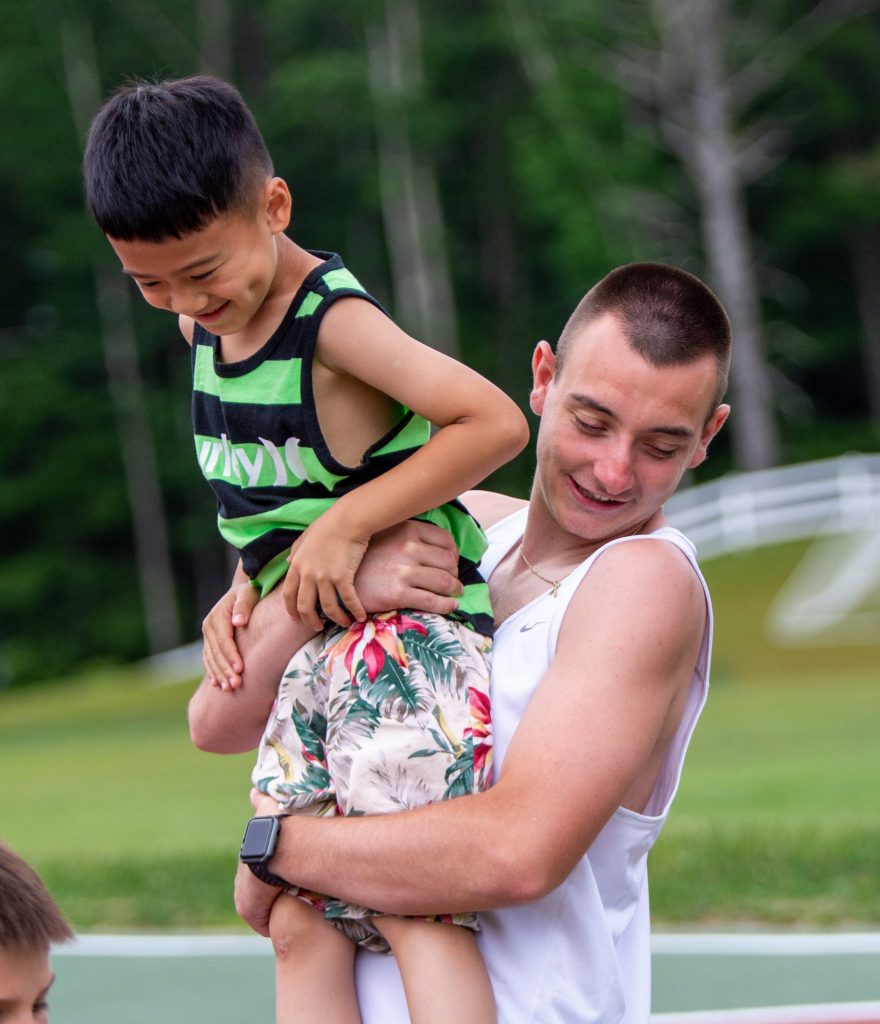 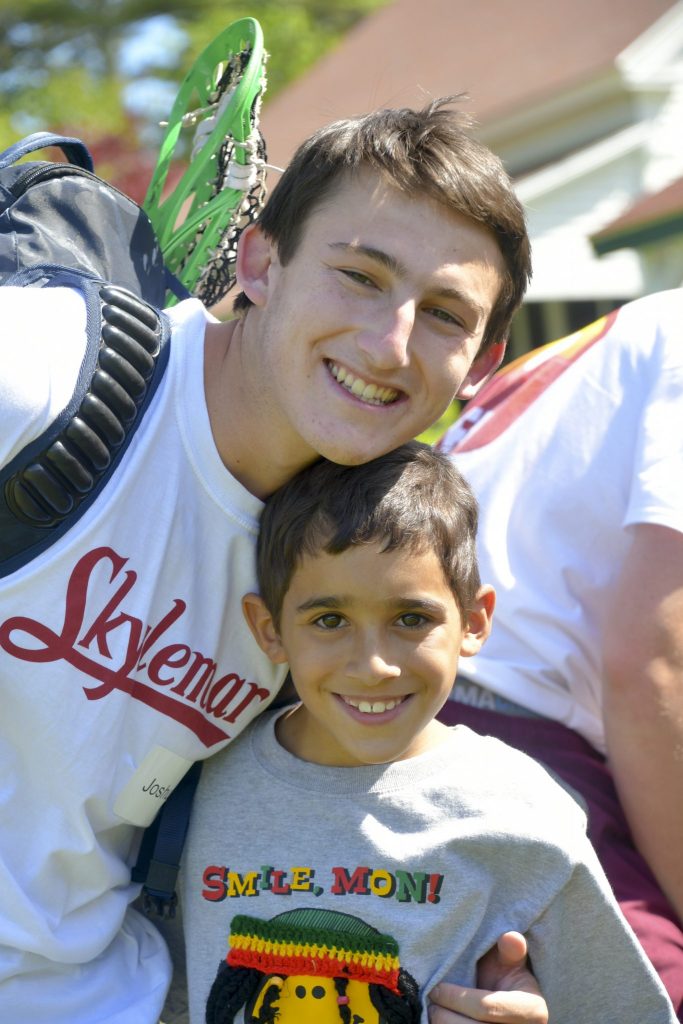 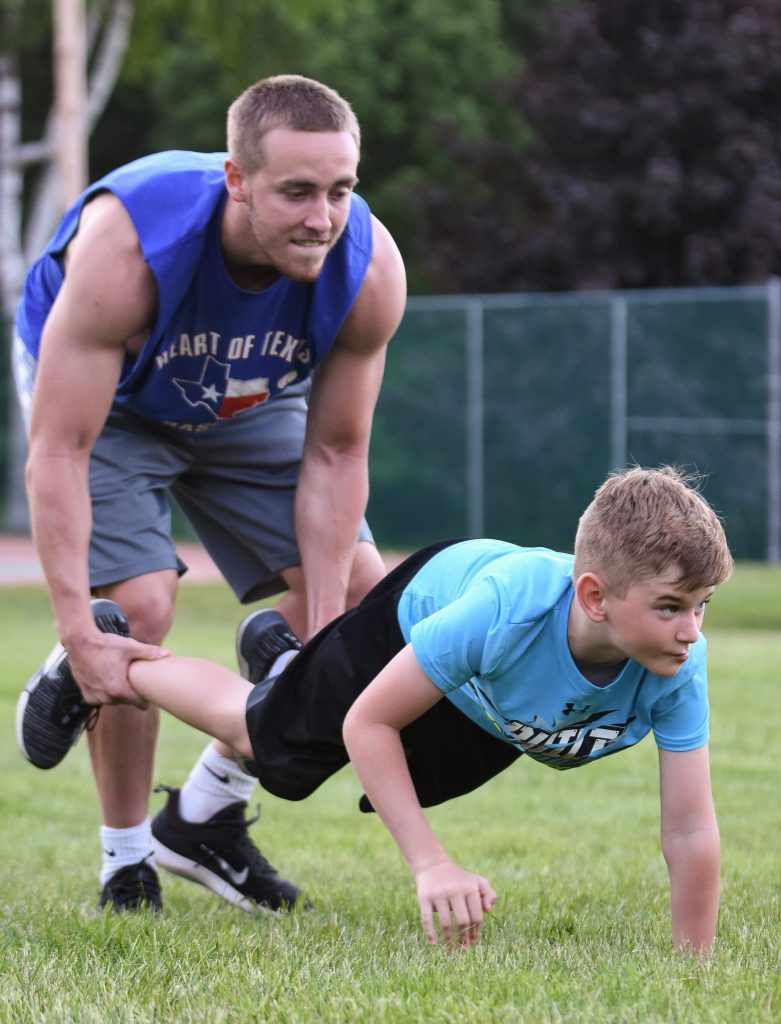 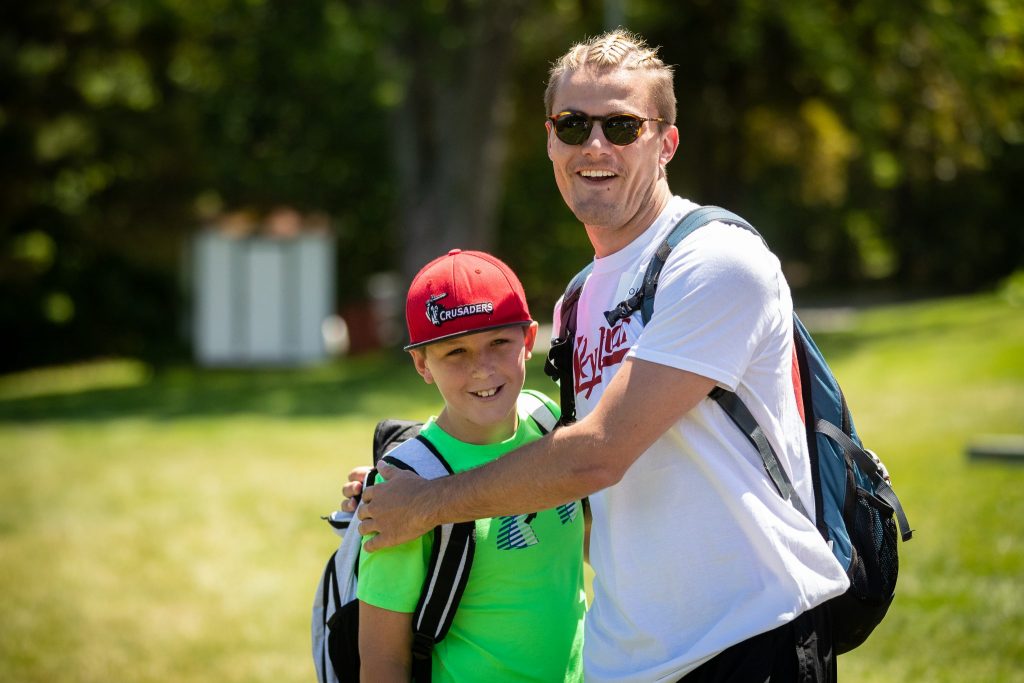 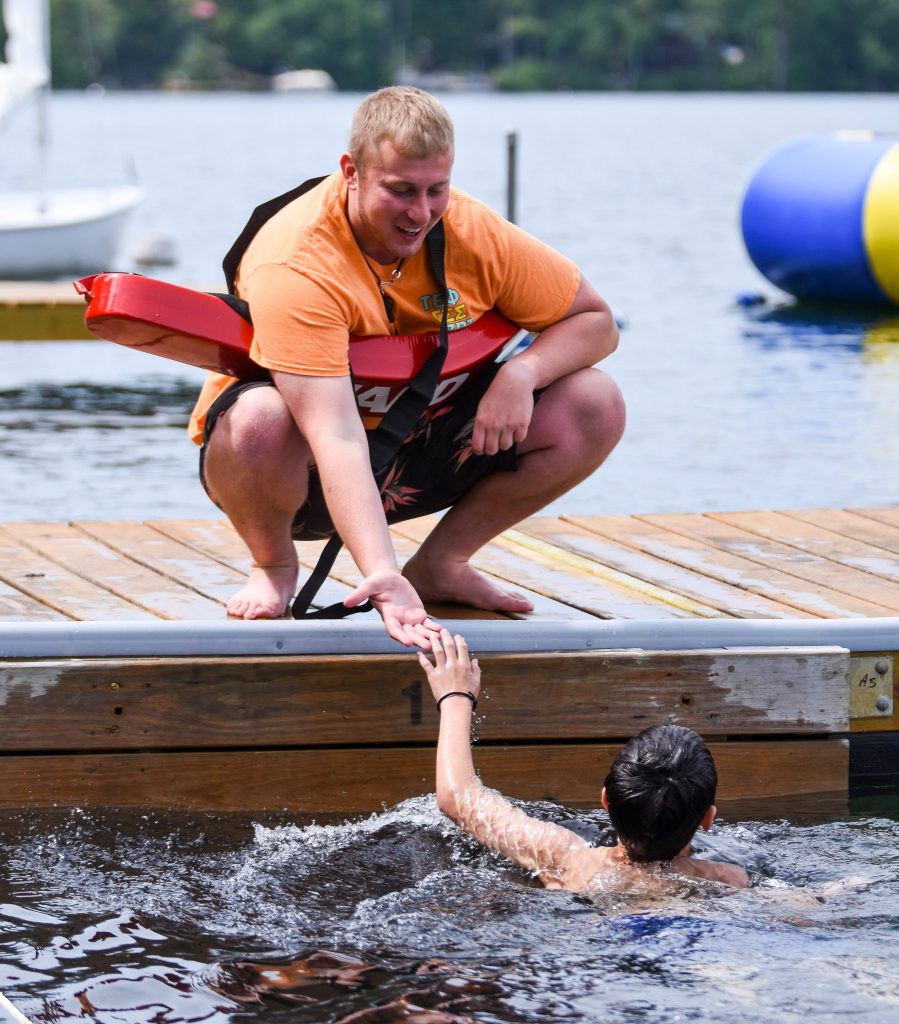 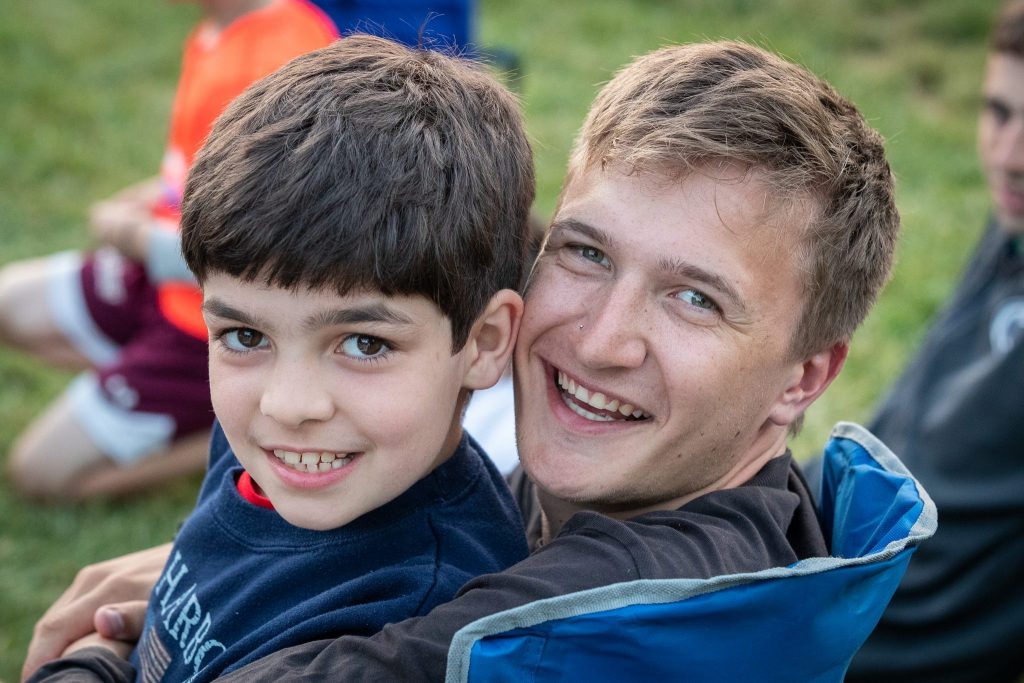 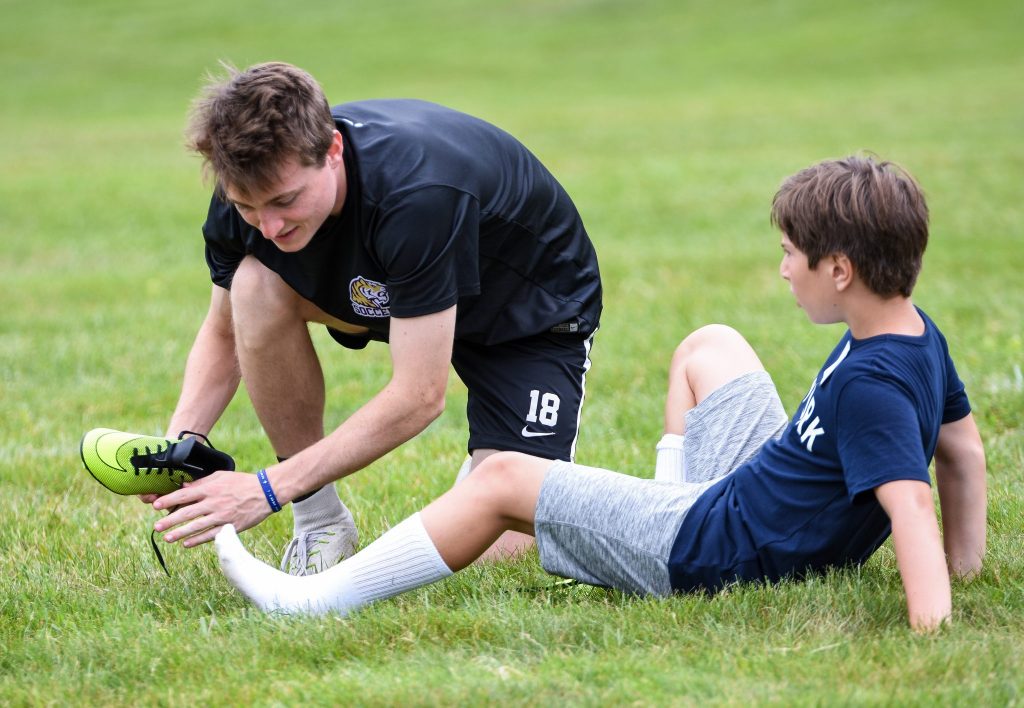 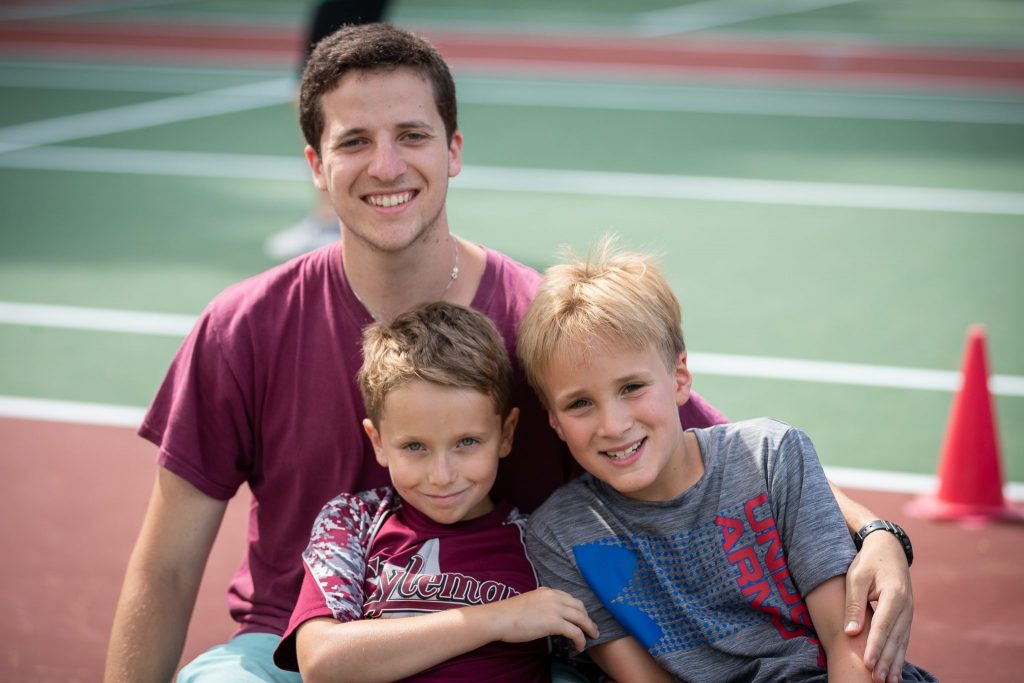 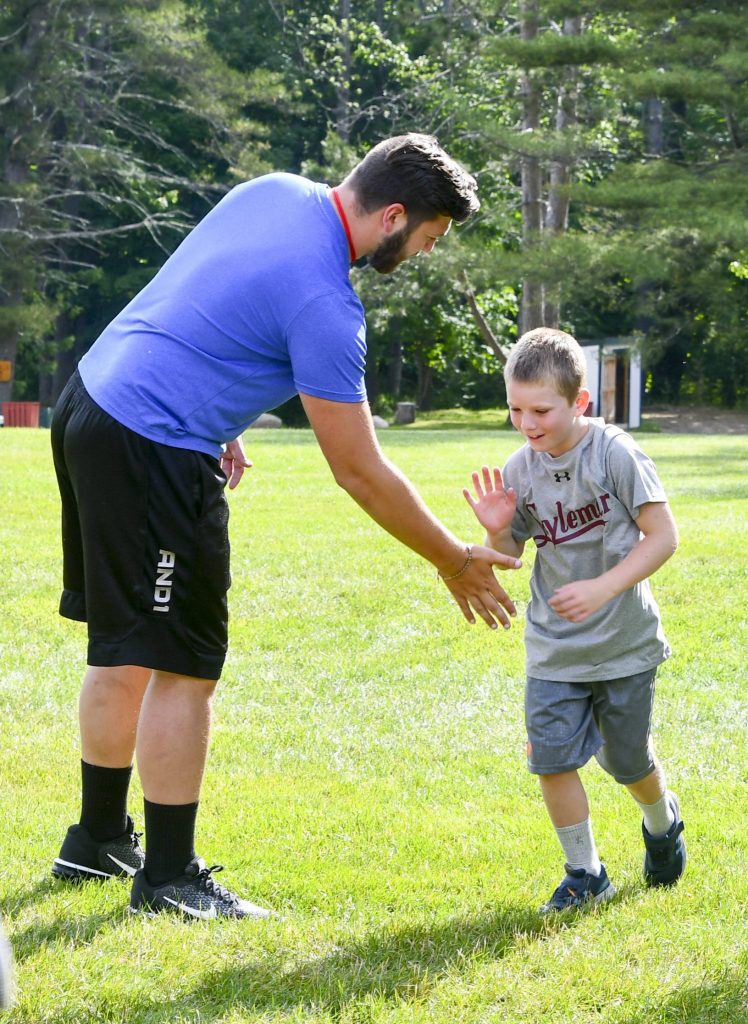 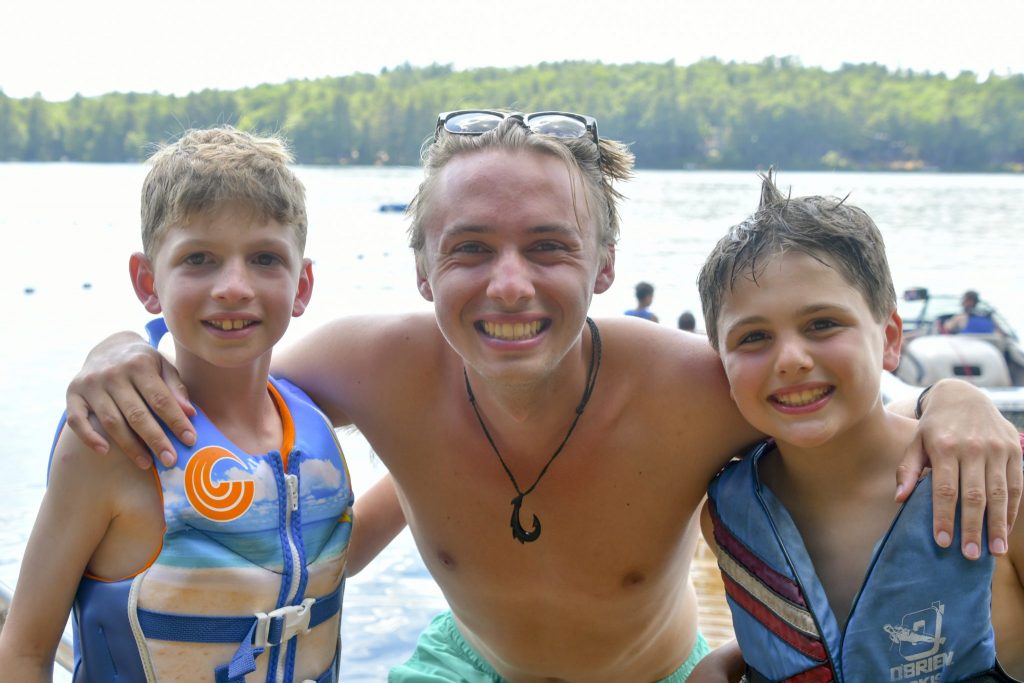 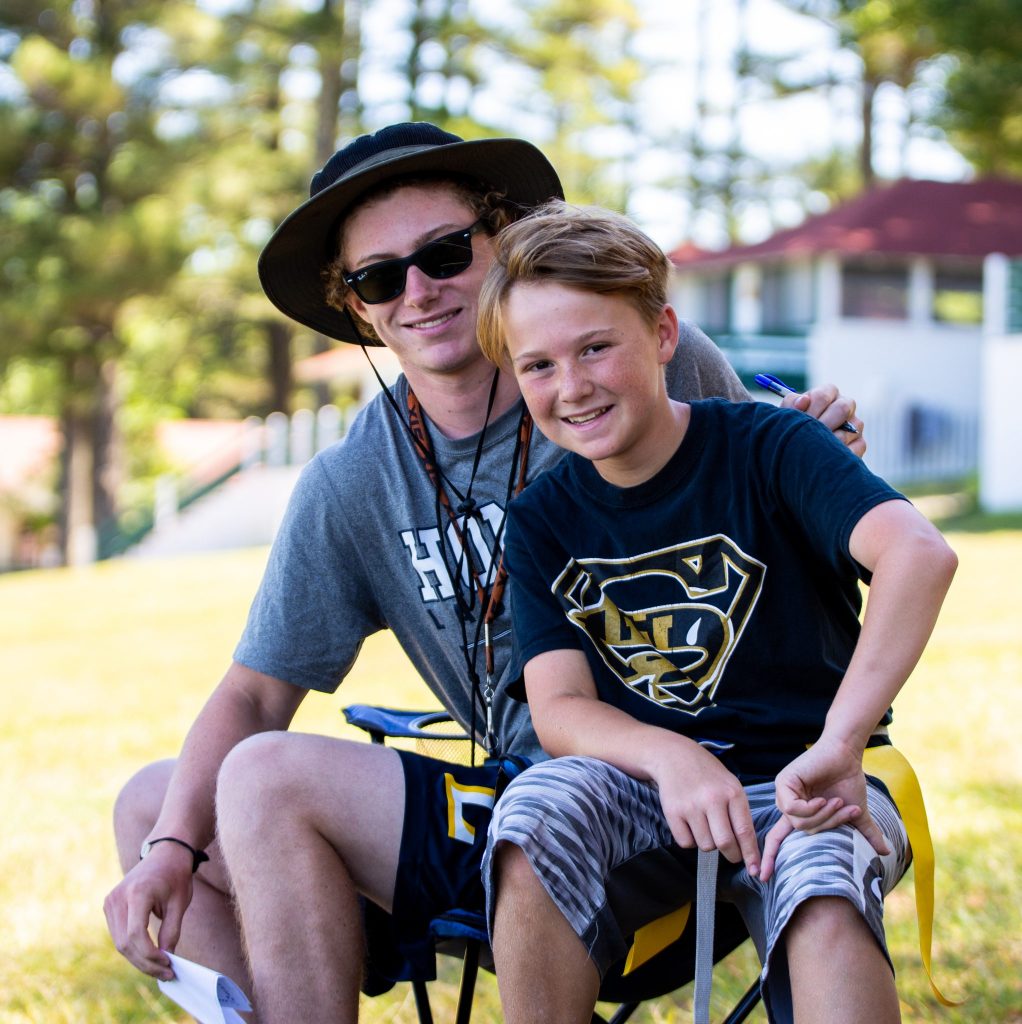 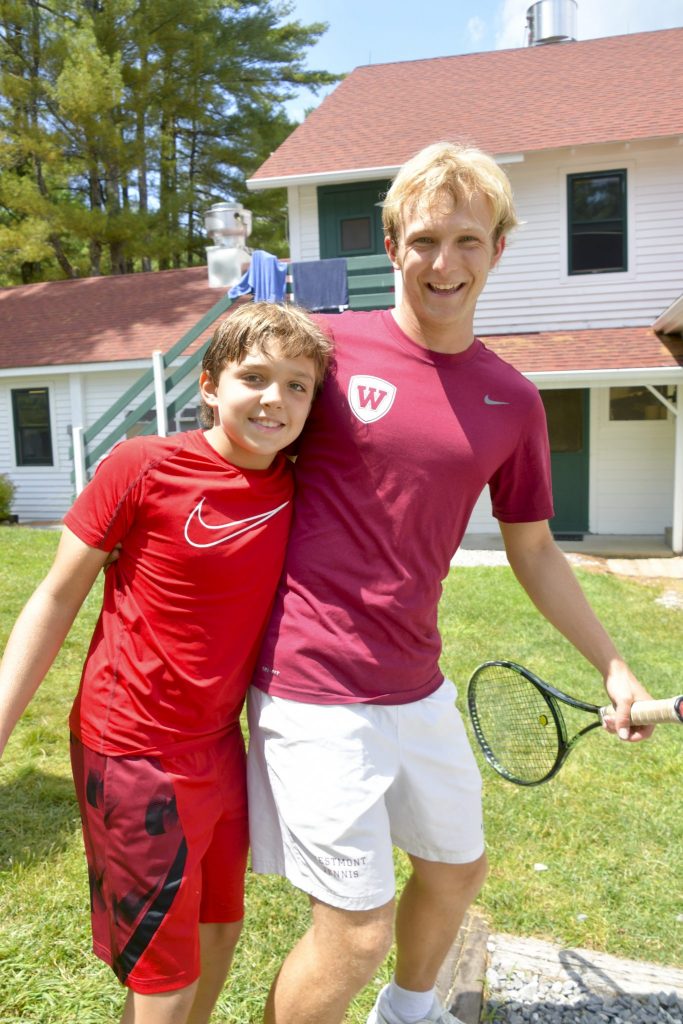 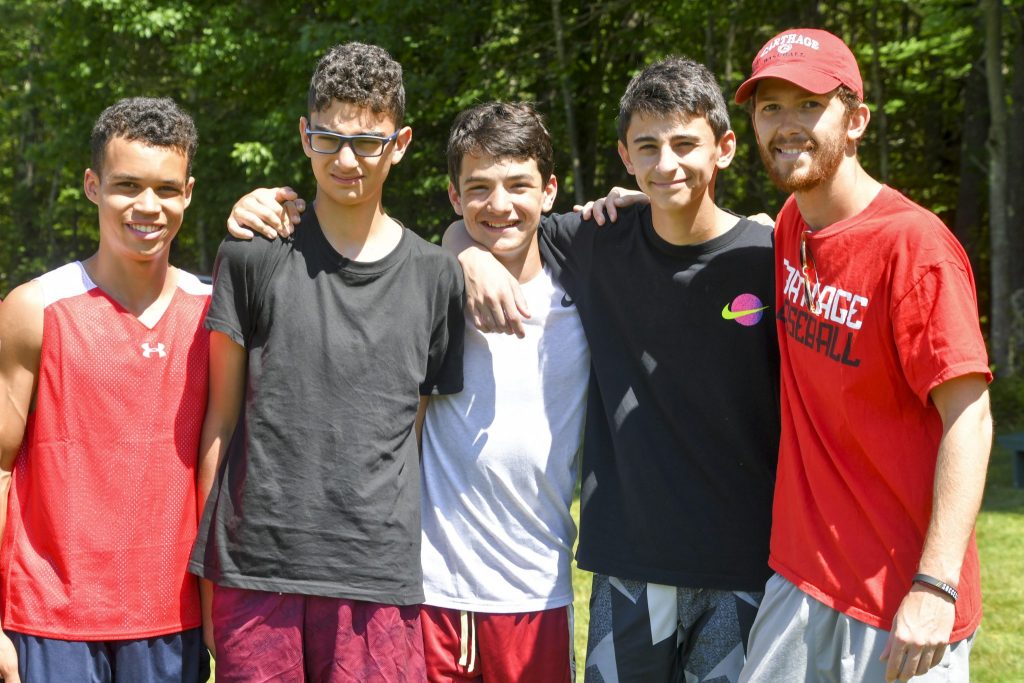 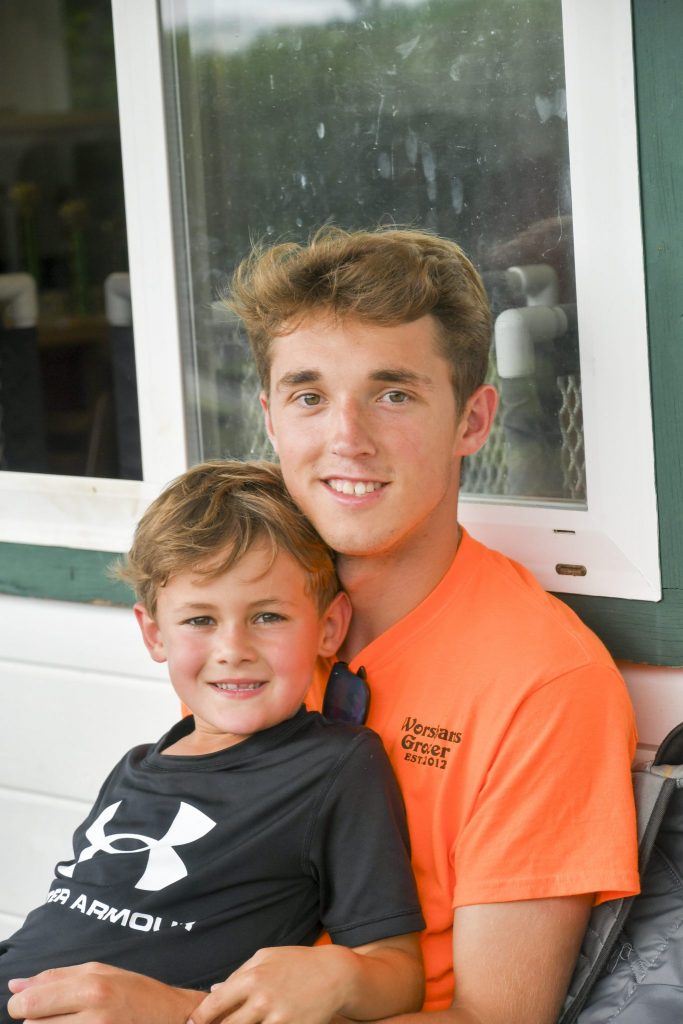 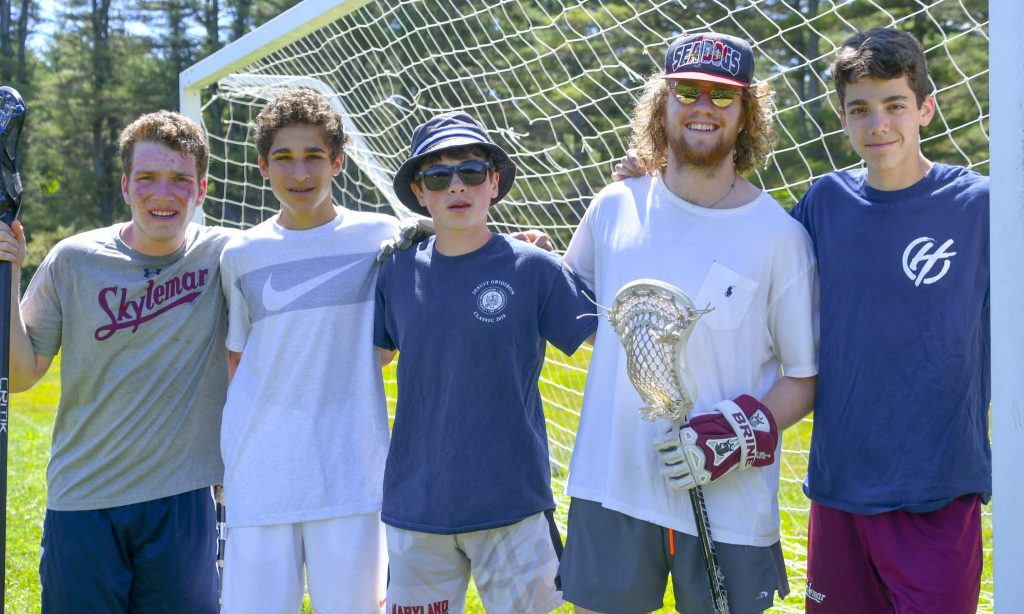 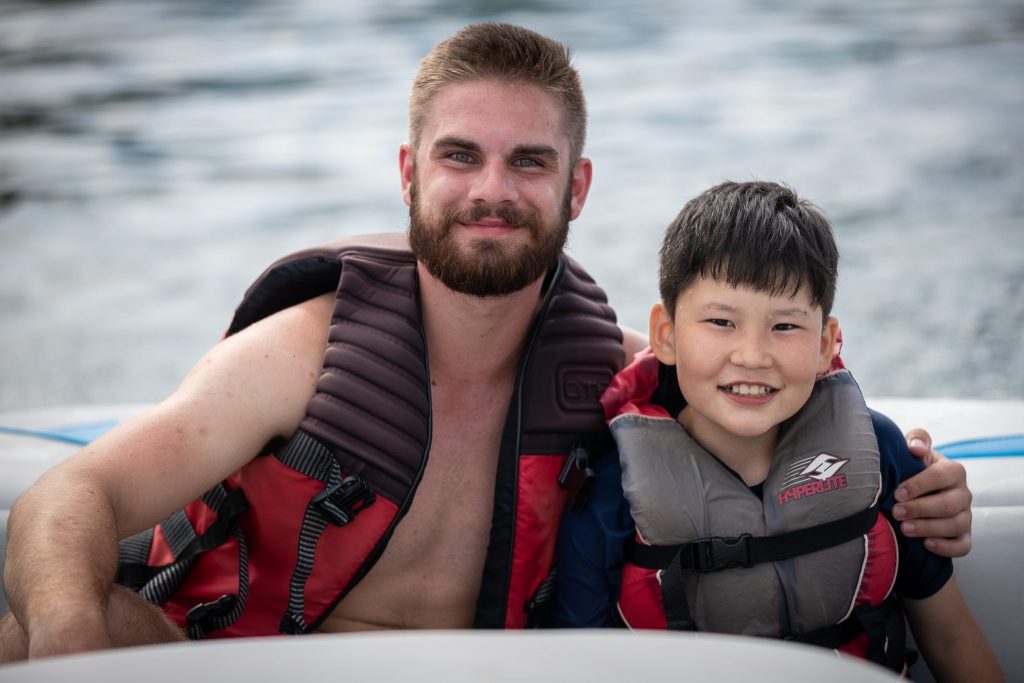 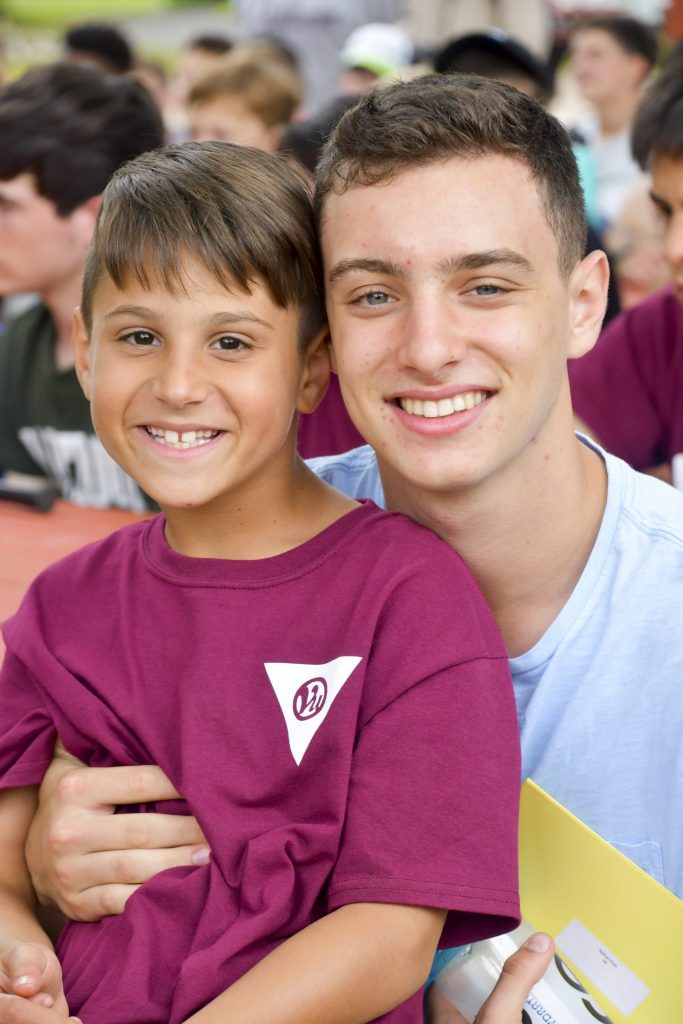 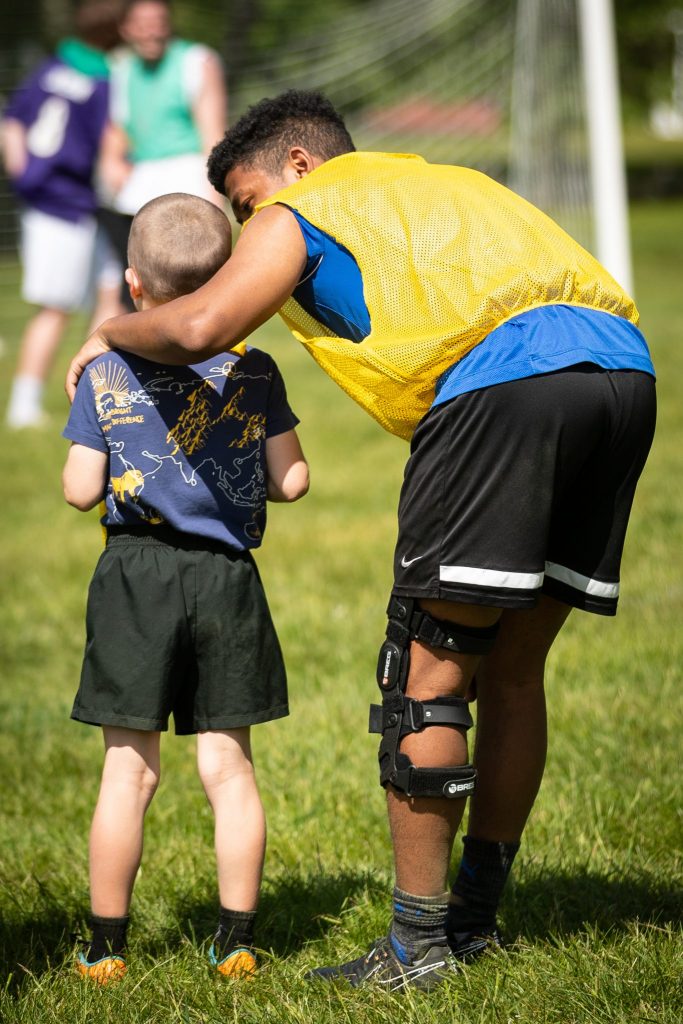 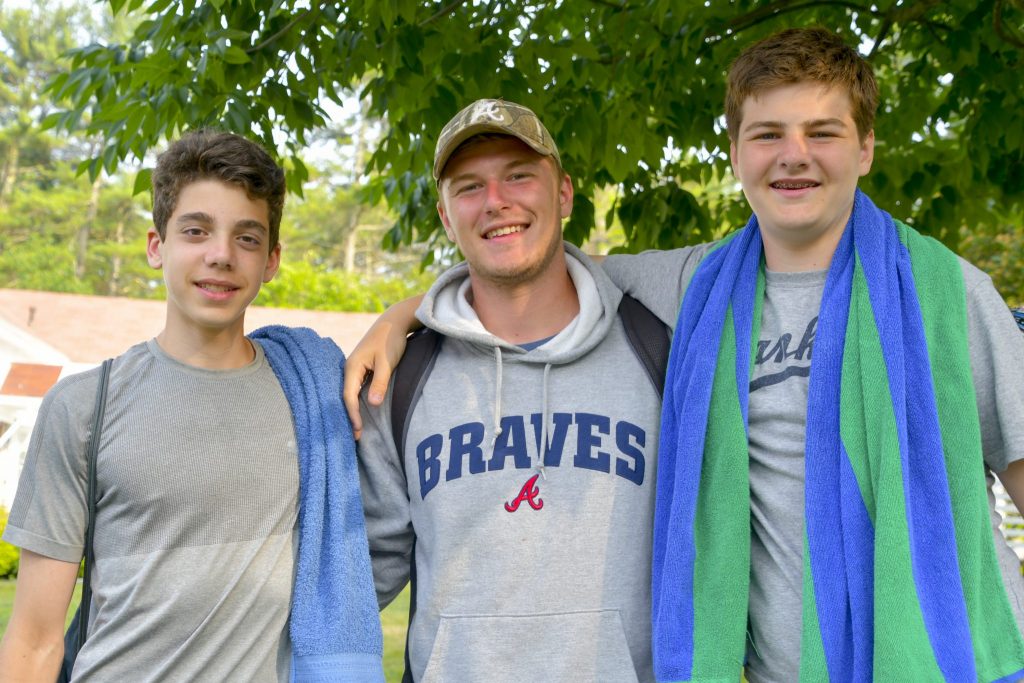 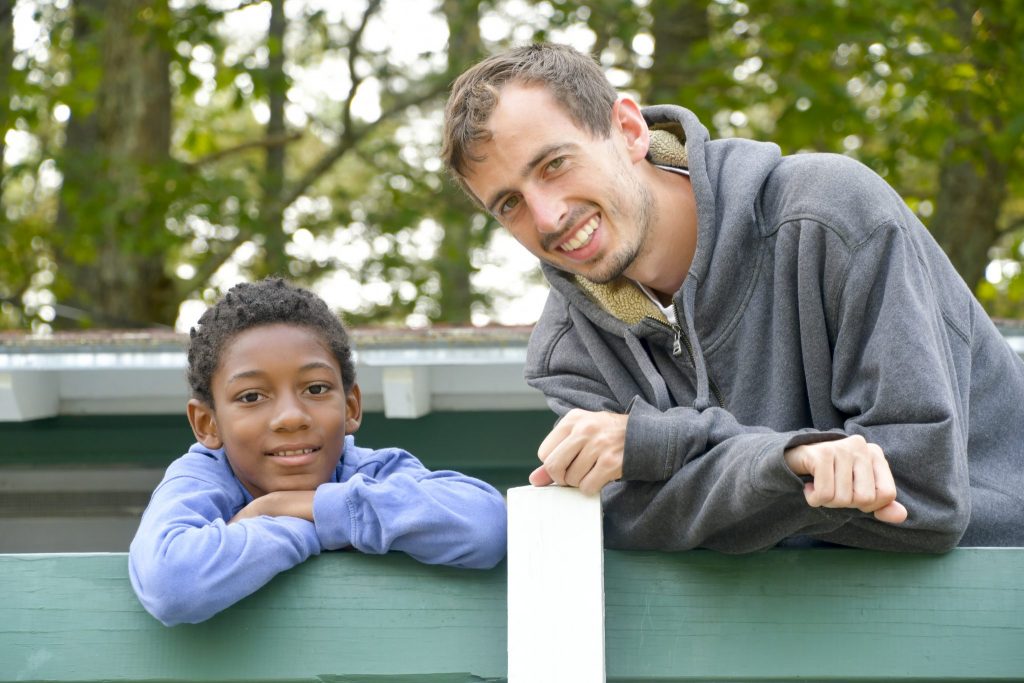 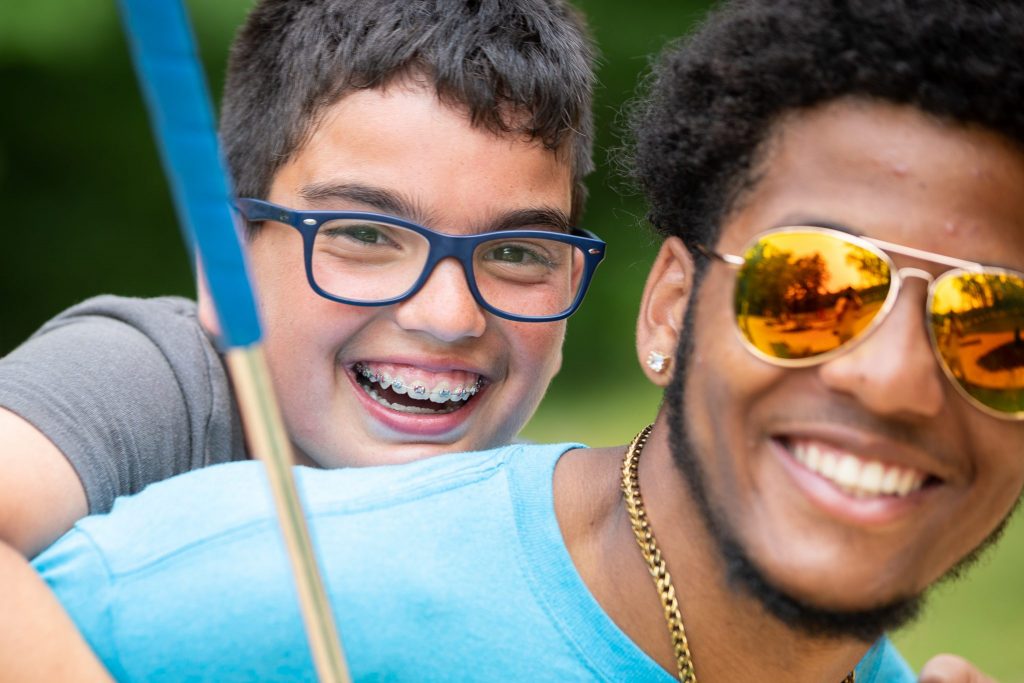 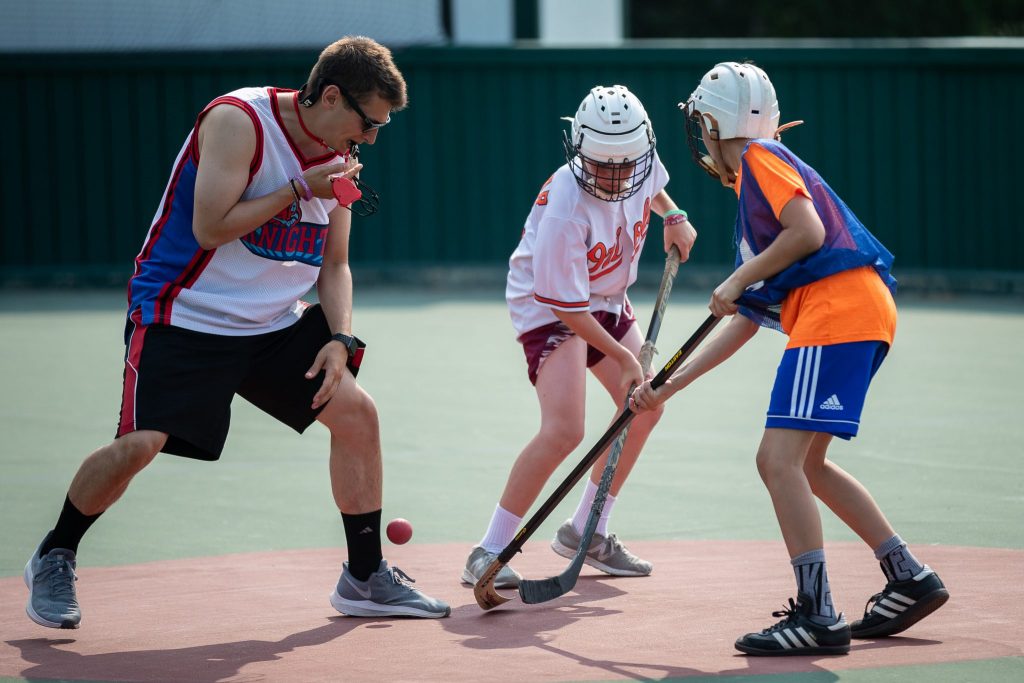 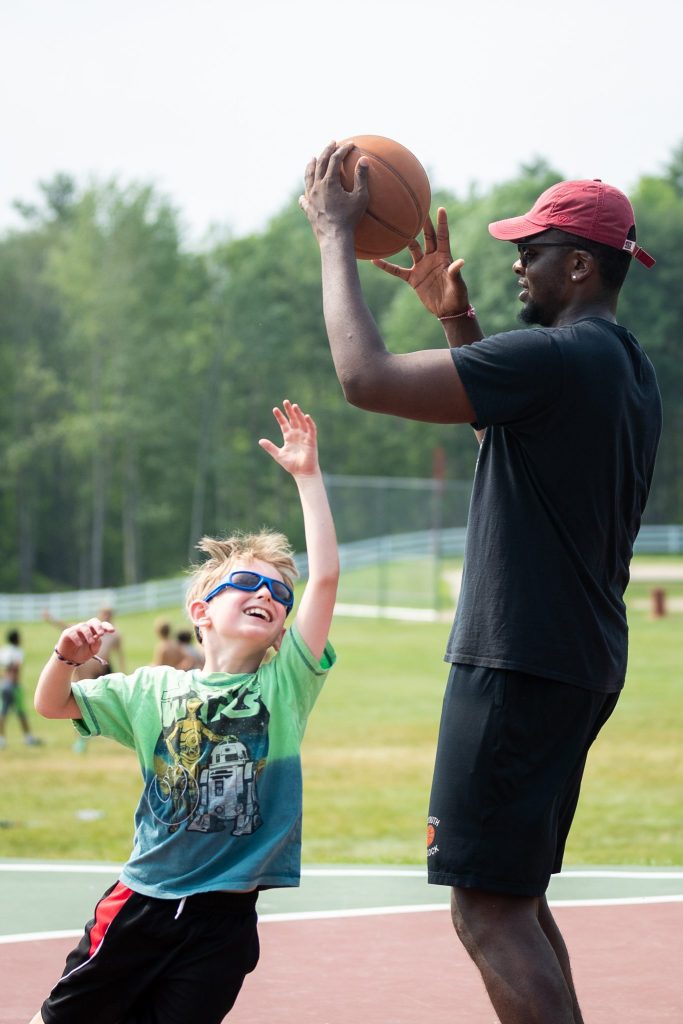 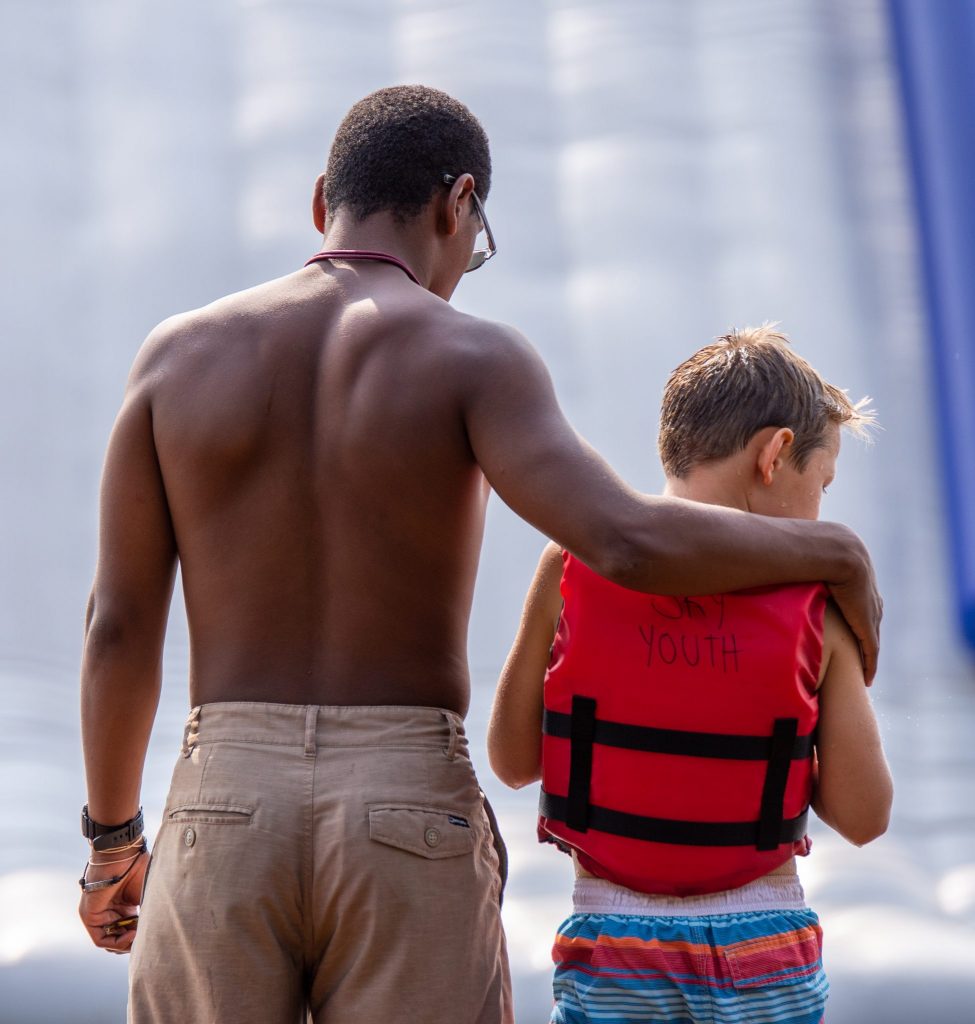 65 college students committed to making a positive difference in the world, one boy at a time.  Their references from teachers and coaches are impeccable, and each is described as a role model for children.

Many have been campers before, and we’ve known them for years.  Others are seasoned returnees, and those who are new have convinced us that they’re the right fit.  Each is an expert (10,000 hours experience) in a particular activity, and they come hoping to be like the special coach they once had.

We train them intensely for hundreds of hours, but no preparation begins to cover the magnitude of the job.  For a seven-week period they are father, mother, brother, coach; cheerleader, equipment manager, housekeeper and referee; teacher, friend, nurse and hero.  Counselors mean the world to their campers.  Most importantly, campers mean the world to their counselors.

For example, if a camper hurts, so does his counselor.  When his kid succeeds, it’s his counselor who beams with pride.  When the bunk-family gets along and the guys are smiling, it’s the greatest of days.

Truth is, a counselor’s job is perhaps even harder than being parents... who have the opportunity to grow into the role.  They have nine months to prepare, and that’s just for one child.  On the other hand, a counselor has ten days of training, and BAM... he has quintuplets!

Parents have years of getting-to-know-you time.  They ease into the “ebbs and flows” of bodily fluids, slowly figuring out how to handle tears, and gradually understanding what makes their son tick.

For a counselor it’s POOF!  They’re suddenly 9 years old!  There’s little time to cram 3,285 days' worth of knowledge for each of the boys, but it has to get done.  One is too thin, another is too heavy; one can eat tree-nuts but never a peanut, and one needs to sleep with the bathroom light on.

Like a Mother’s Day that never ends, so goes it with a counselor.  There’s tooth brushing to nag about, things to find that have been misplaced, and then the toilet overflows.  It’s a one-room “house”, with six boisterous brothers inside, playing like puppies well past their bedtime.  Hardest of all is cleaning that house, with six little roustabouts trying to “help”.

Of course, some counselors naturally take to the role better than others.  Like with parenting, one day is harder and more frustrating than another. They’ll complain just as you will, that “they simply won’t listen”.

Then along comes the little one, who climbs in his lap.  He whispers, “I love you” and that’s all that it takes.

So, to our counselors, please know how grateful we are.   As we warned, being a Skylemar counselor is the hardest job you’ll ever love.

Found this in the "Cool2Care Cooler"...

"The counselor Mylo is very, very kind.  He has the spirit of a lion.  If something is wrong Mylo will jump in to help.  He is a great person. No matter what if he can make someone happier, he makes someone happiest."