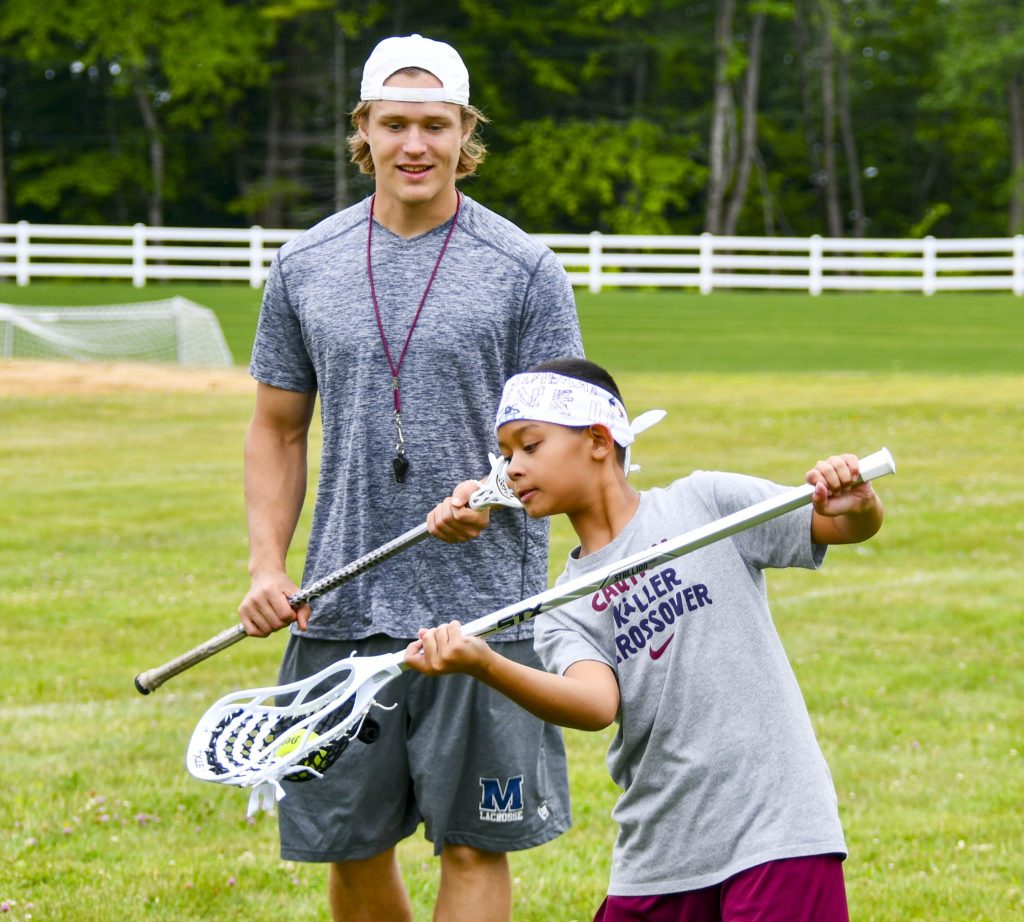 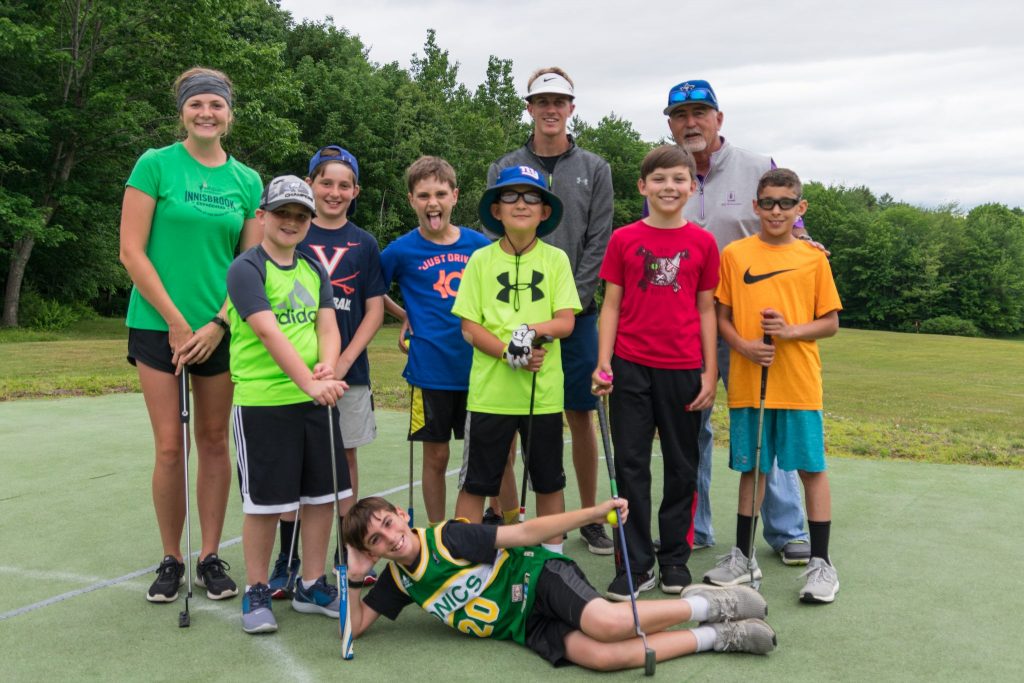 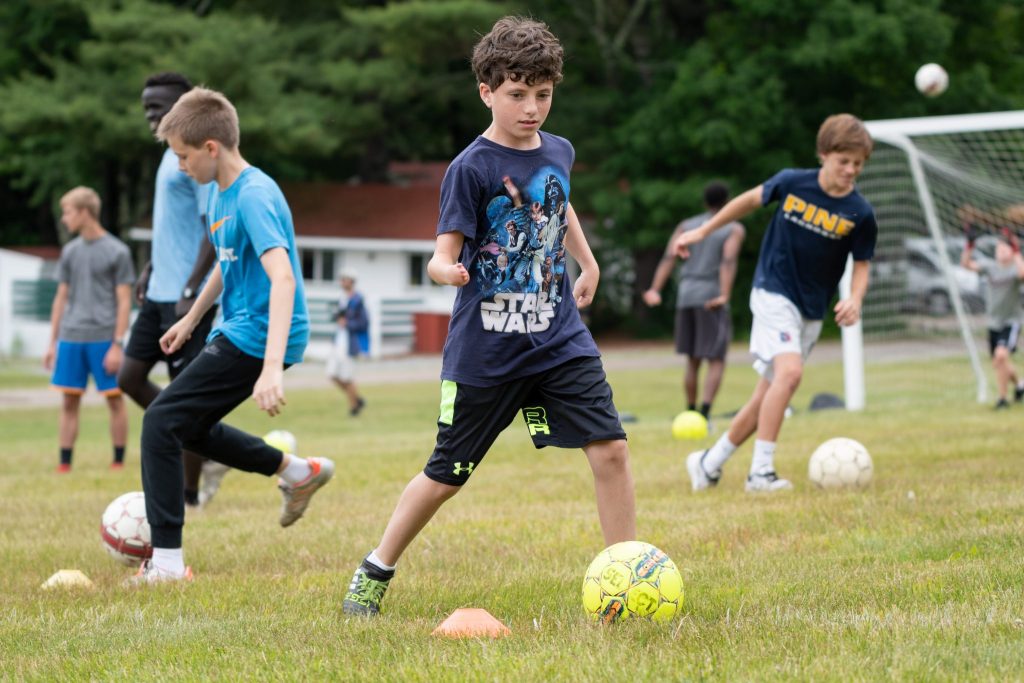 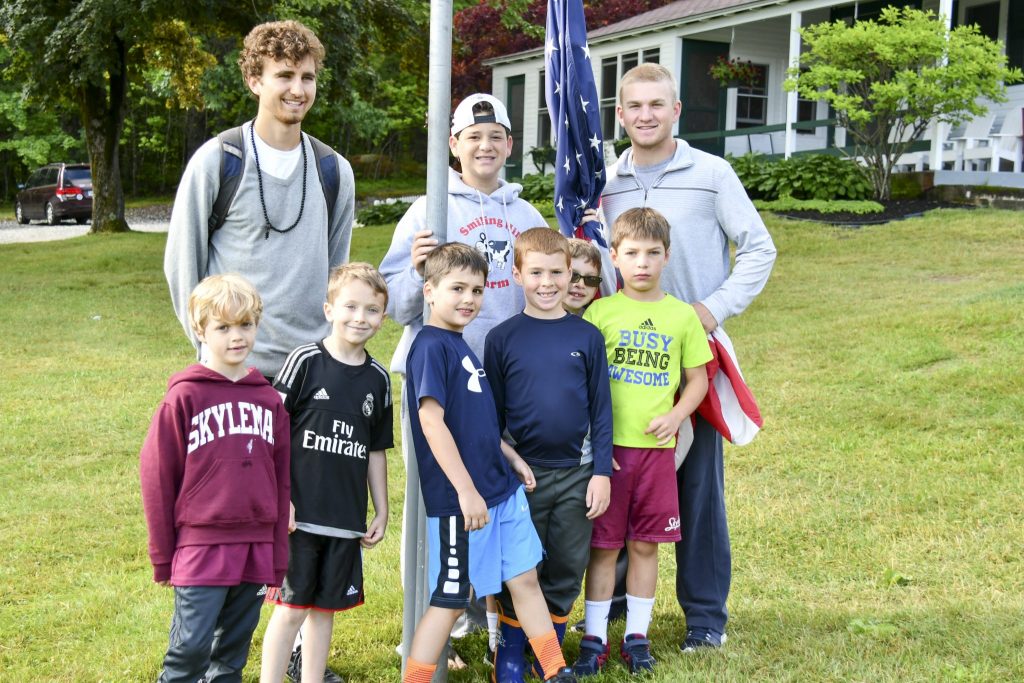 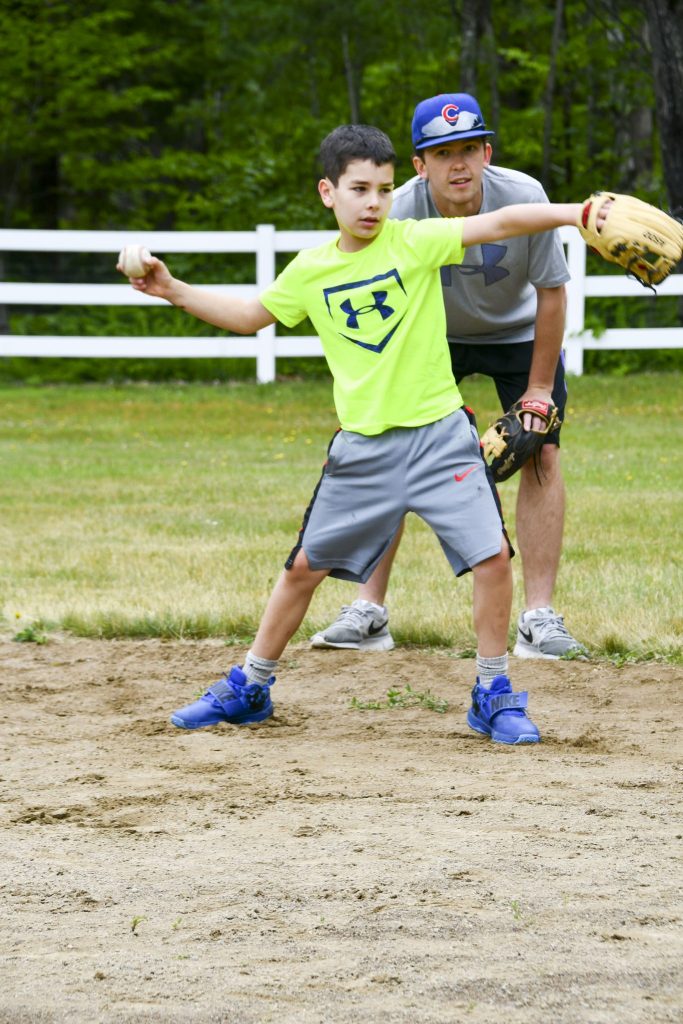 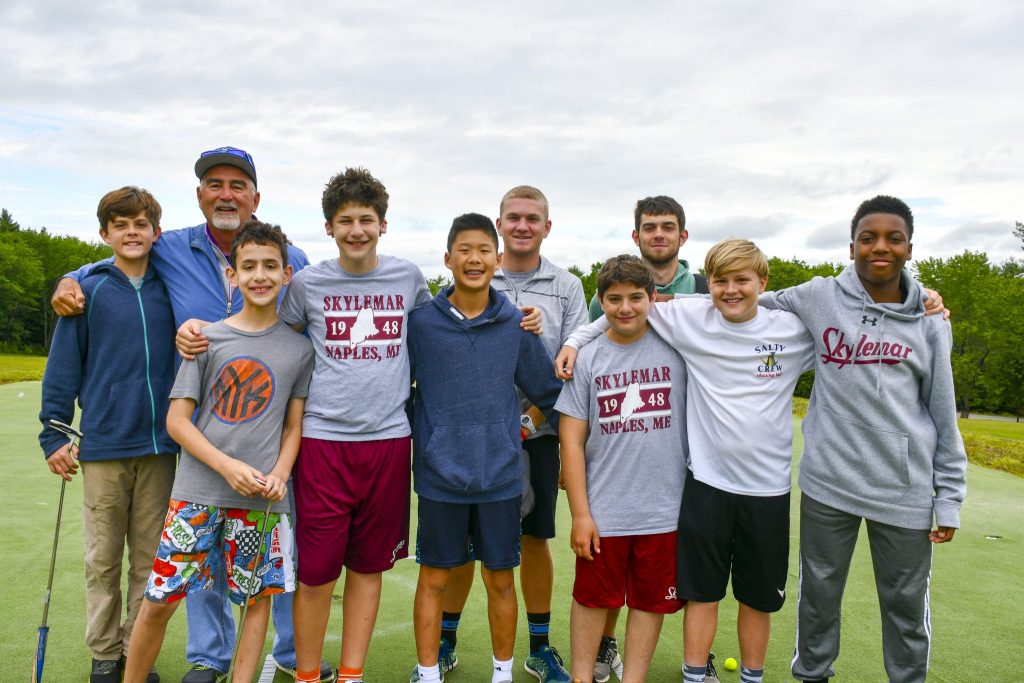 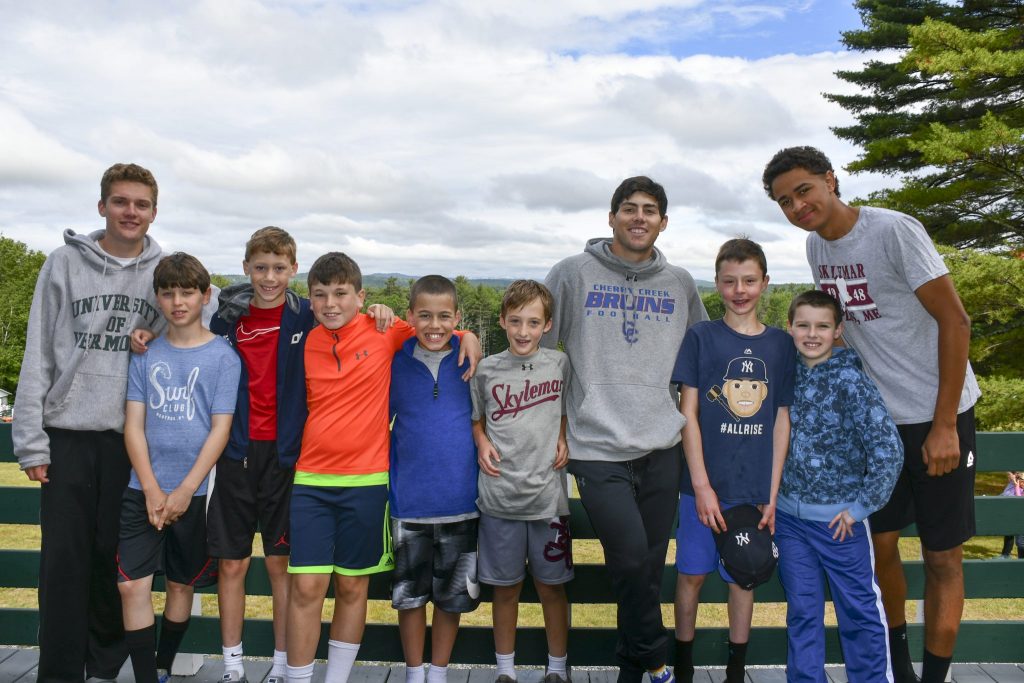 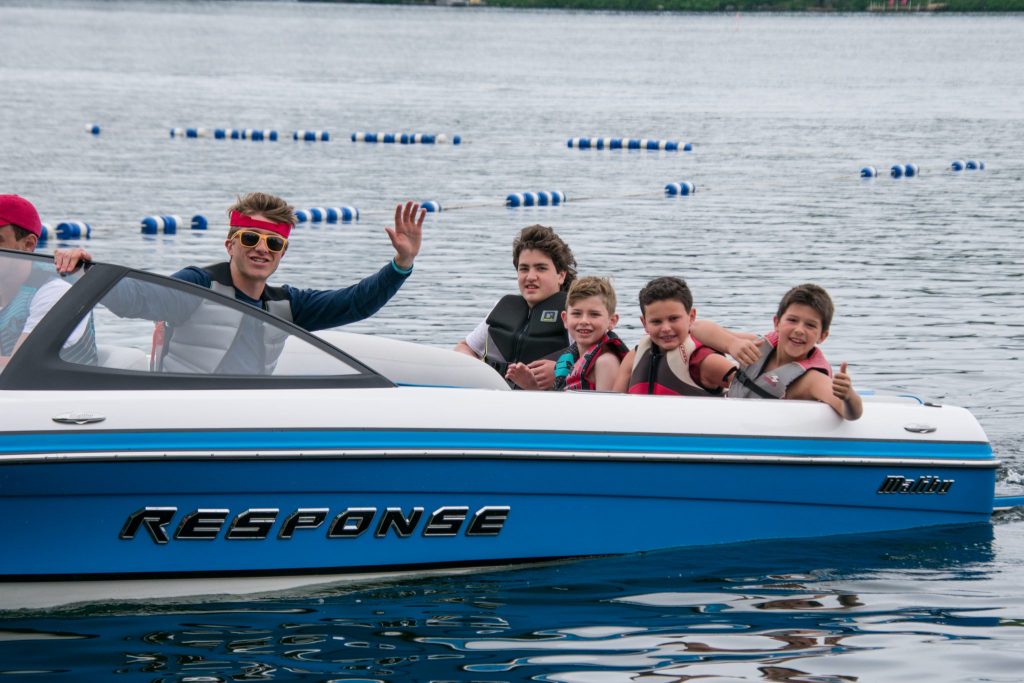 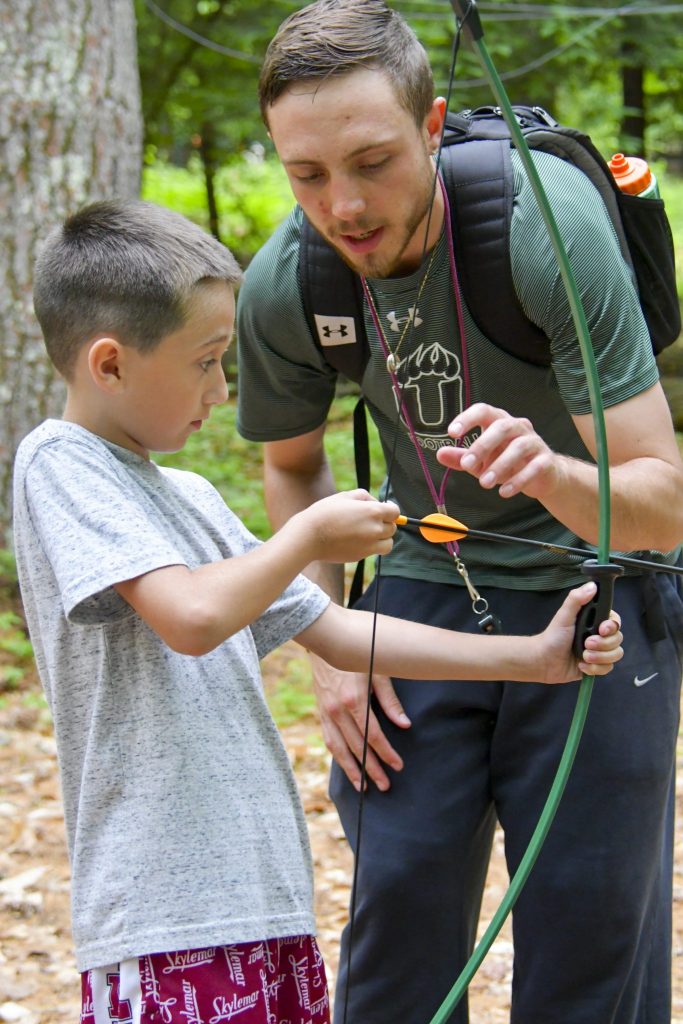 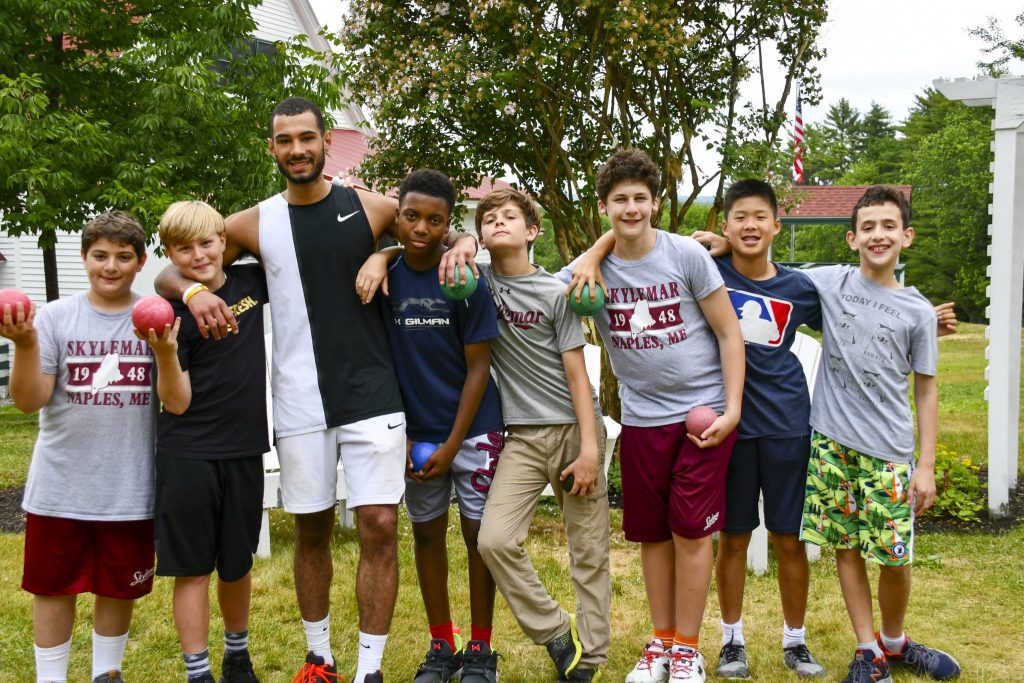 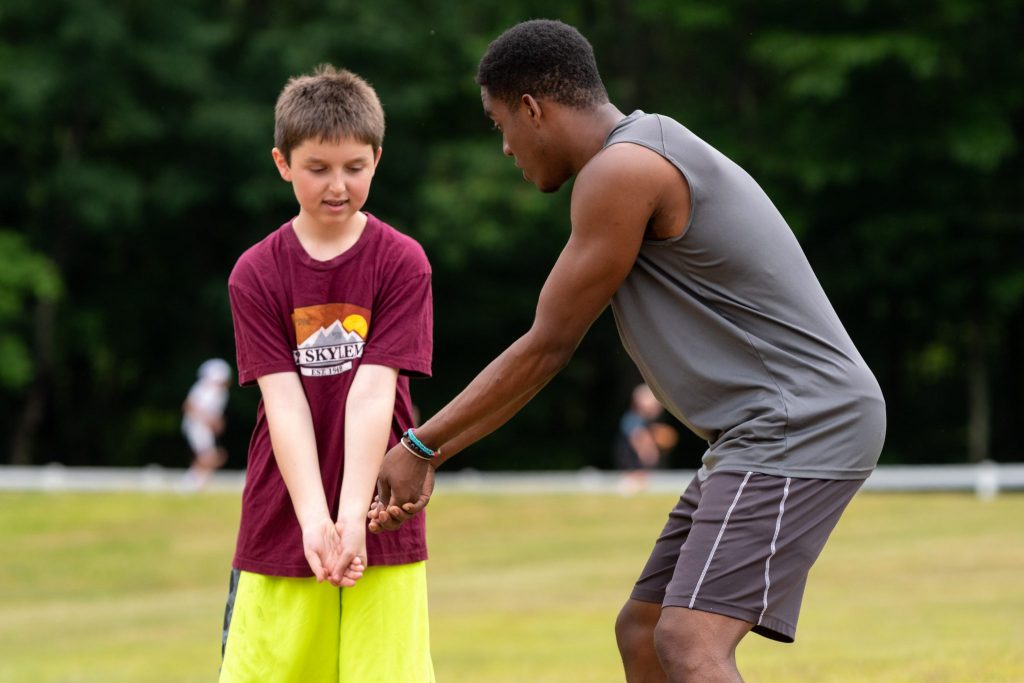 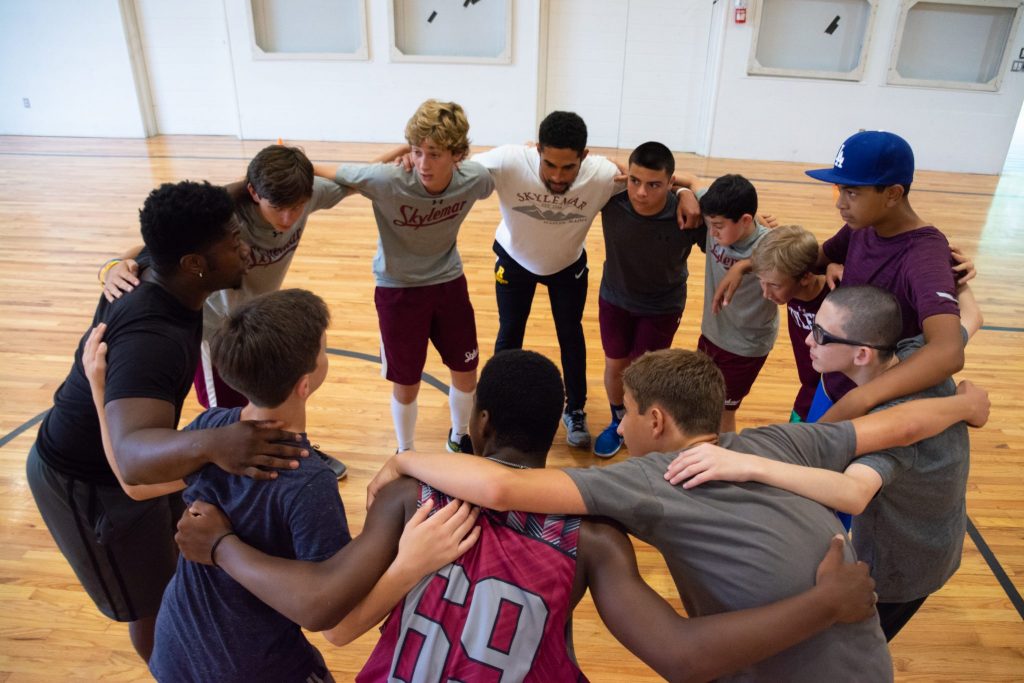 If anyone thought that sleeping-in was a remote possibility on the first morning of camp, they haven’t been to Skylemar.  When the softest bird tweets, our guys pop out of bed, brush their teeth (hopefully) and out they go.  The shouts and laughter carry all over camp, waking even the deepest teenage sleepers of Sky II.  By 7, the courts and fields are hopping, and there’s a cluster of sports reporters hanging out at The Shack ready to hit the airwaves with “The Morning Show”.

The inaugural Flag Raising of 2018 was super adorable.  The little guys of Bunk 1 took the job seriously, and worked together amicably to pull the rope with 14 tiny hands.  The entire camp stood proudly at attention.

It’s the sound of thundering hooves as the boys run into the Rec Hall for breakfast.  It’s not just the food that they’re after – it’s the schedule.  Every single day is unique, and is carefully crafted by our talented Athletic Director Mitch.  There are seven activity periods, a shower time slot and an Evening Activity for every camper and counselor.

It’s amazing how in less than 24 hours it seems as if the new guys have been here forever.  As for the old, it’s as if they never left.