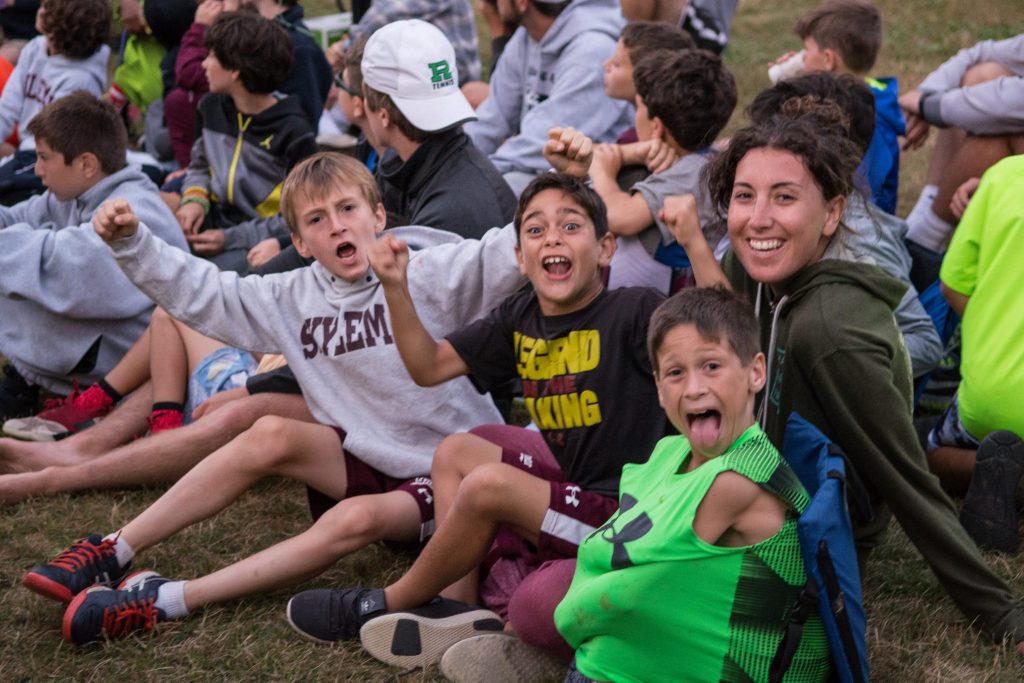 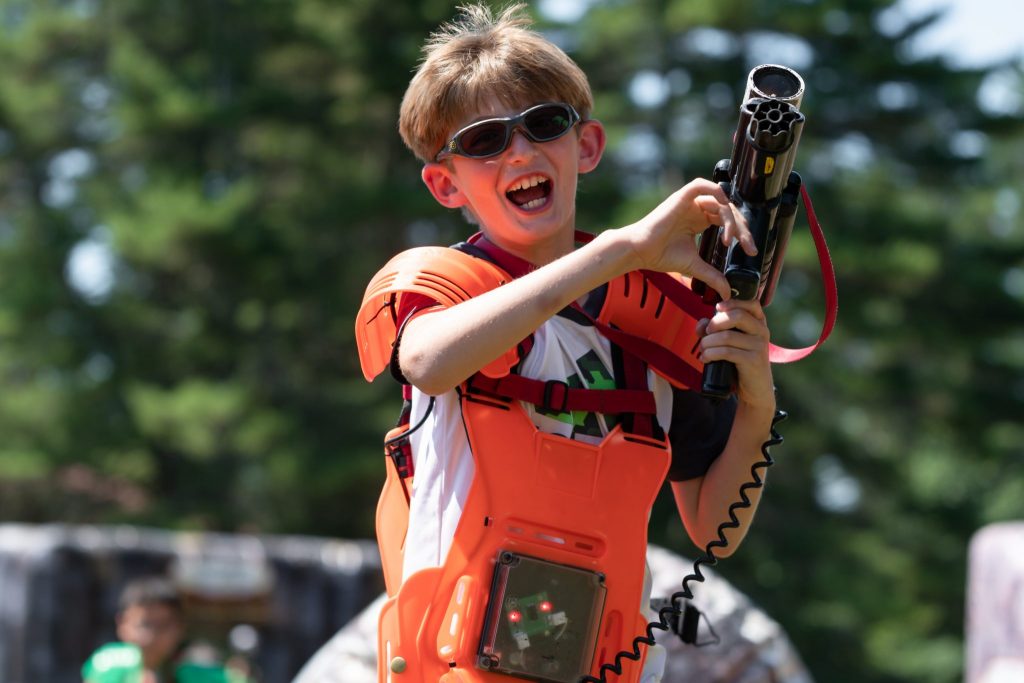 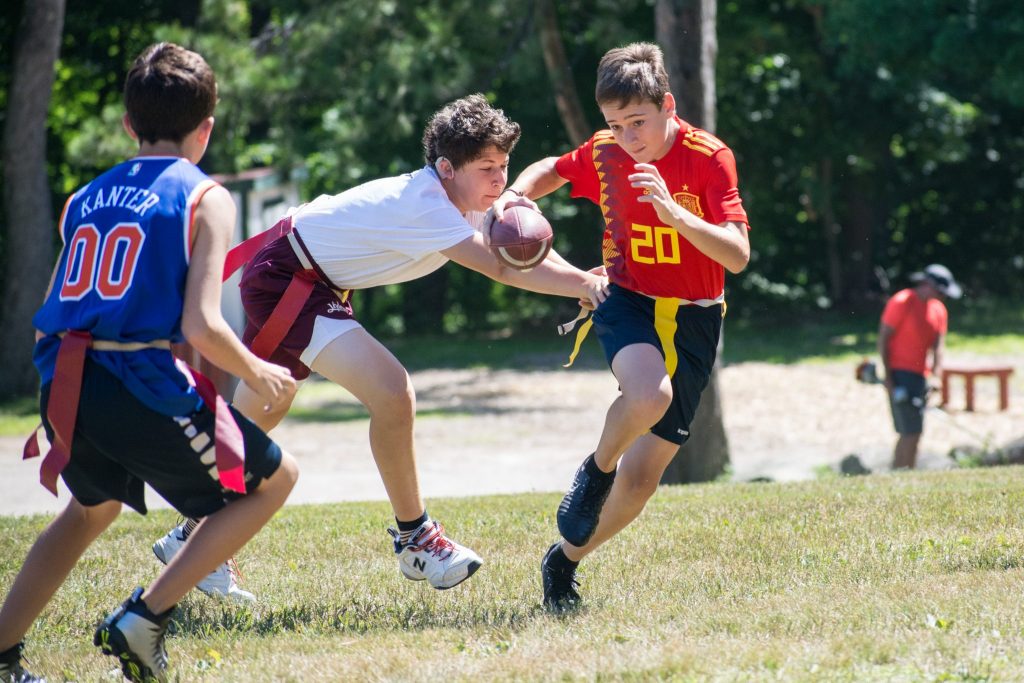 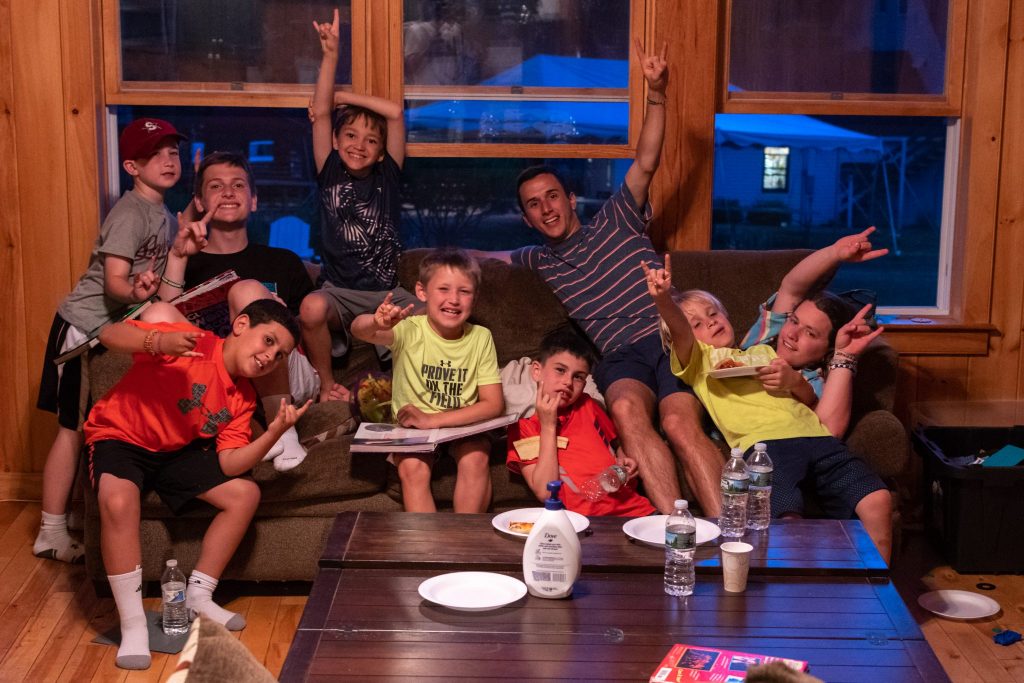 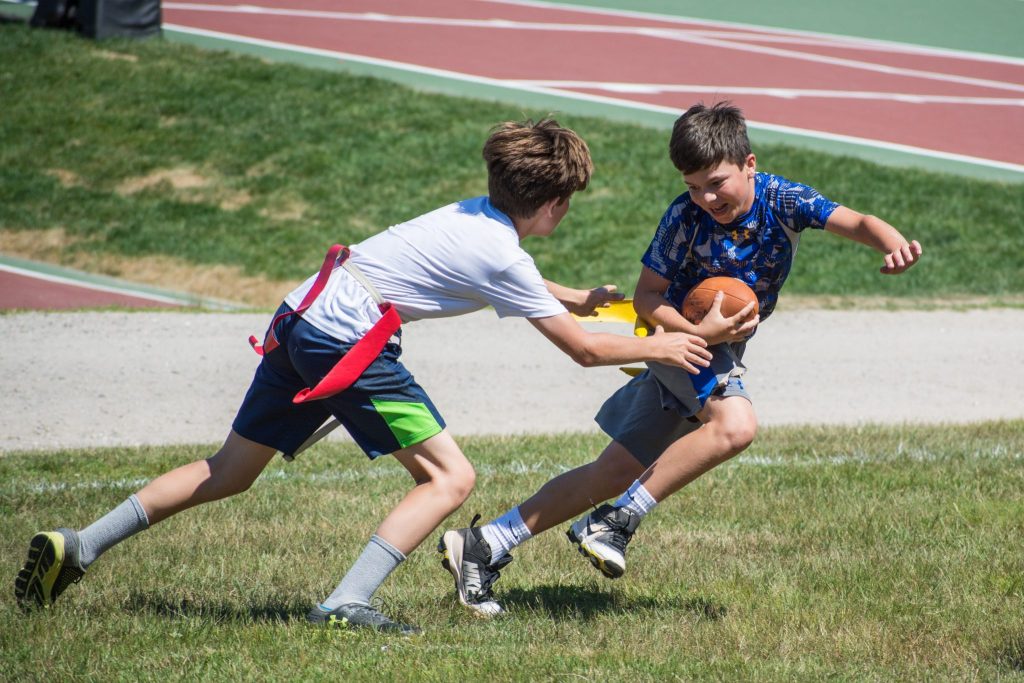 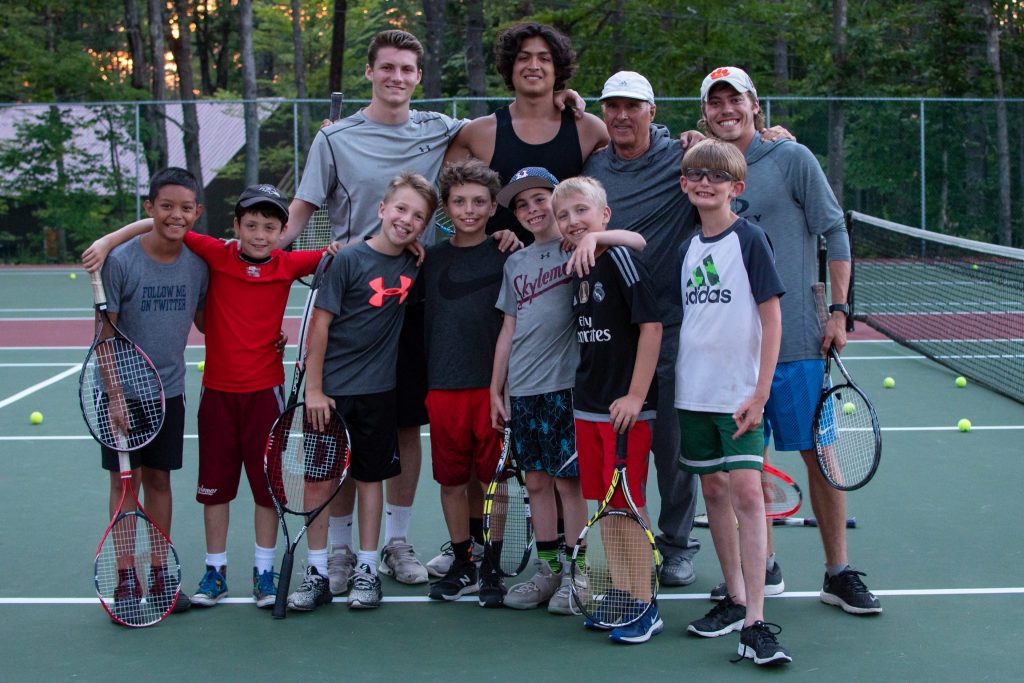 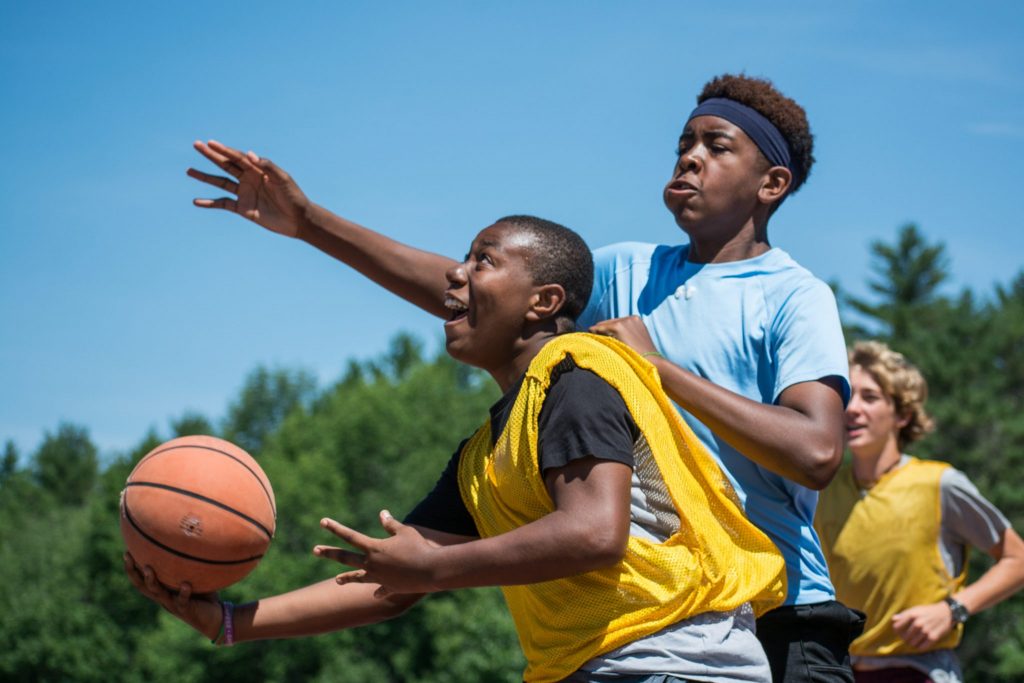 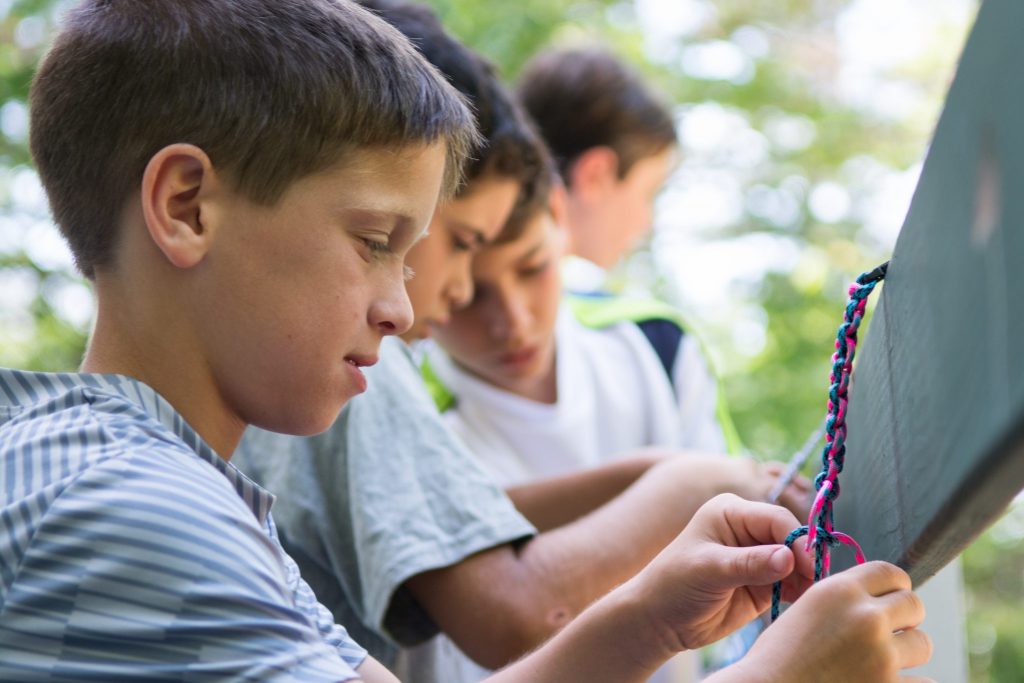 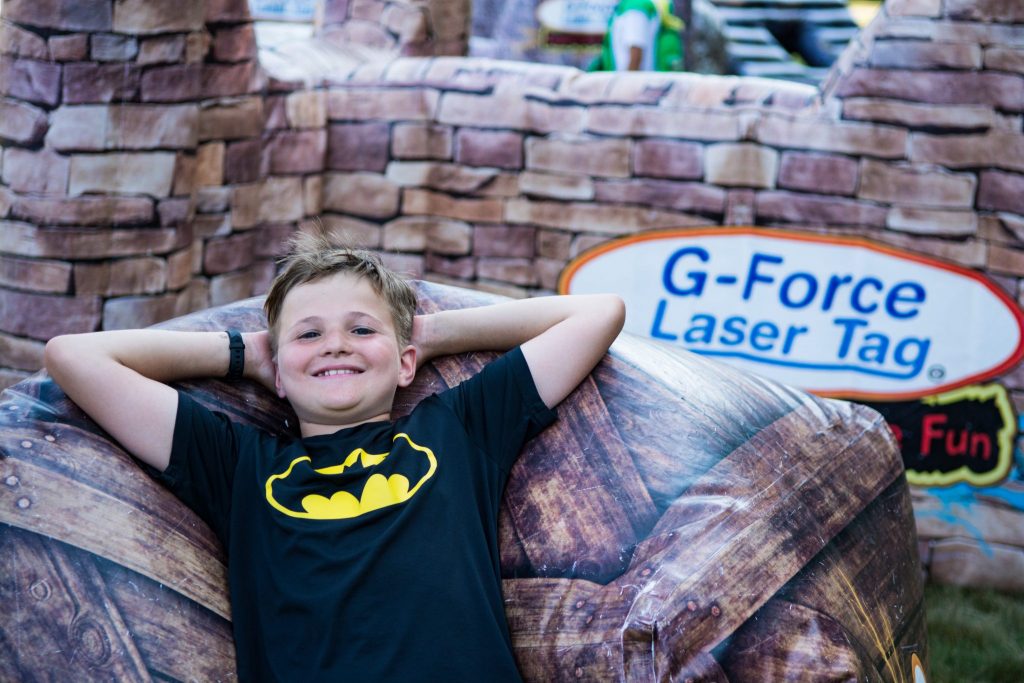 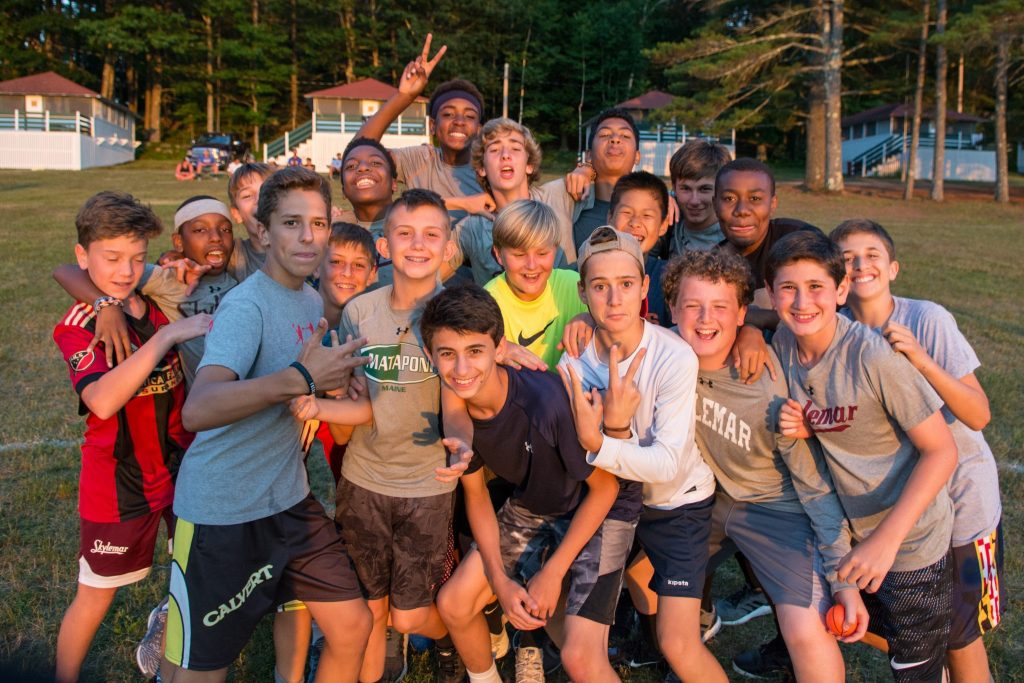 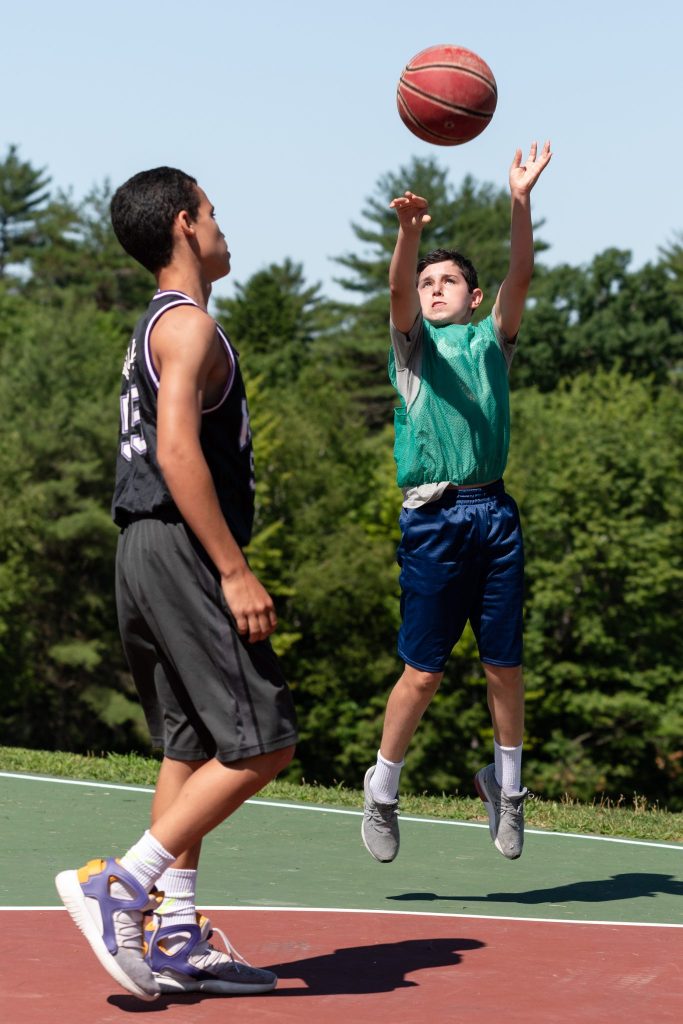 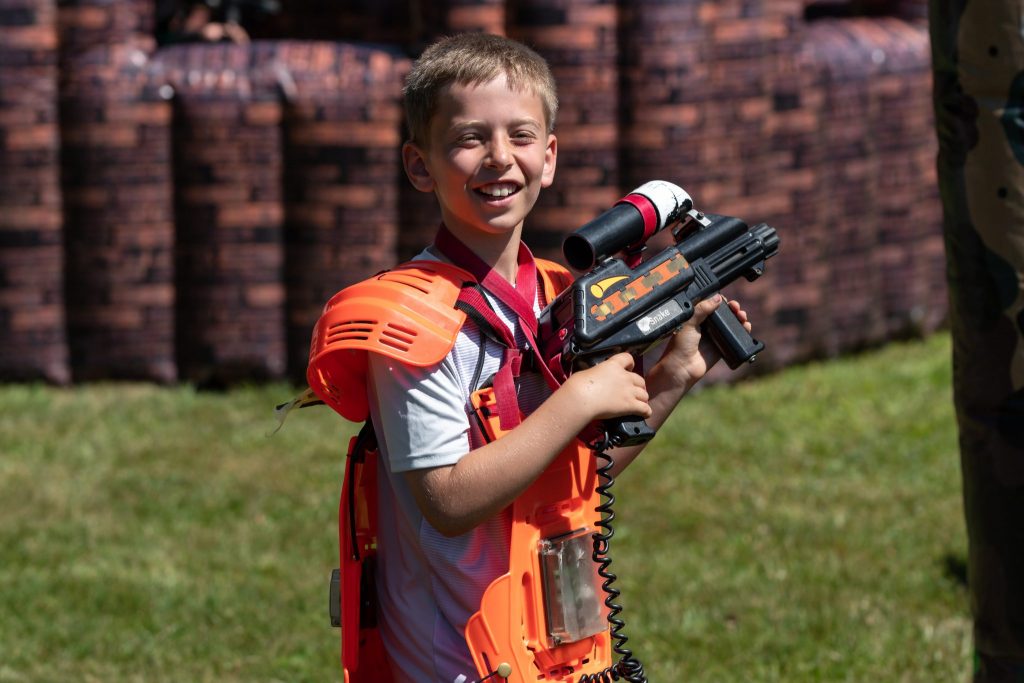 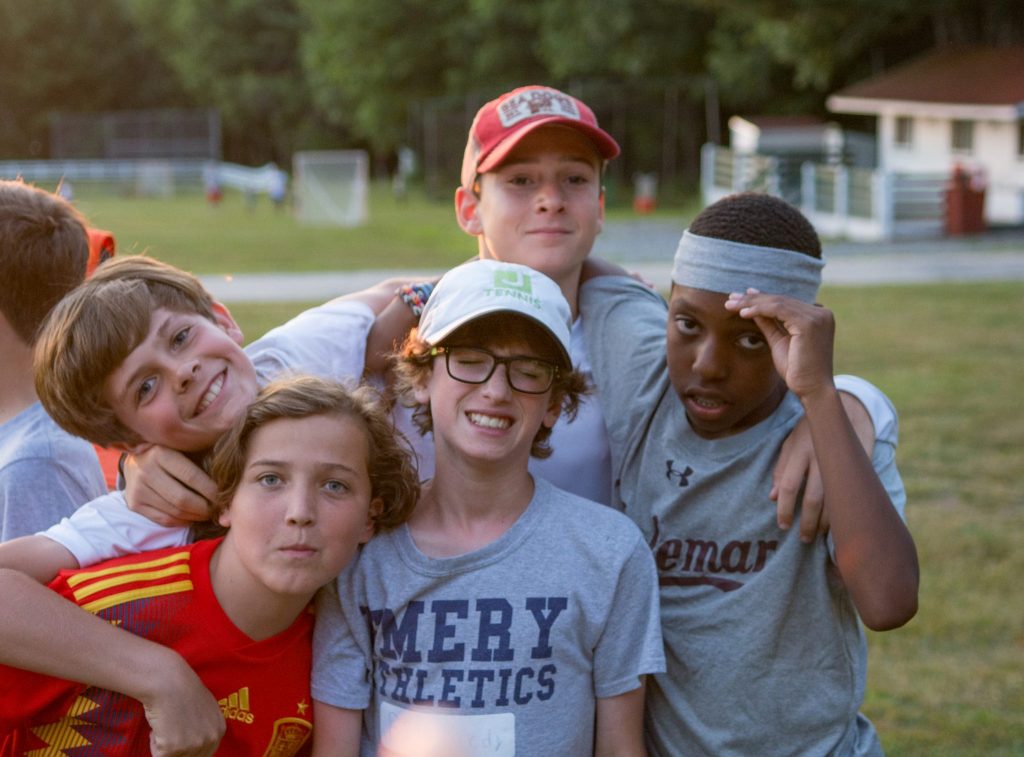 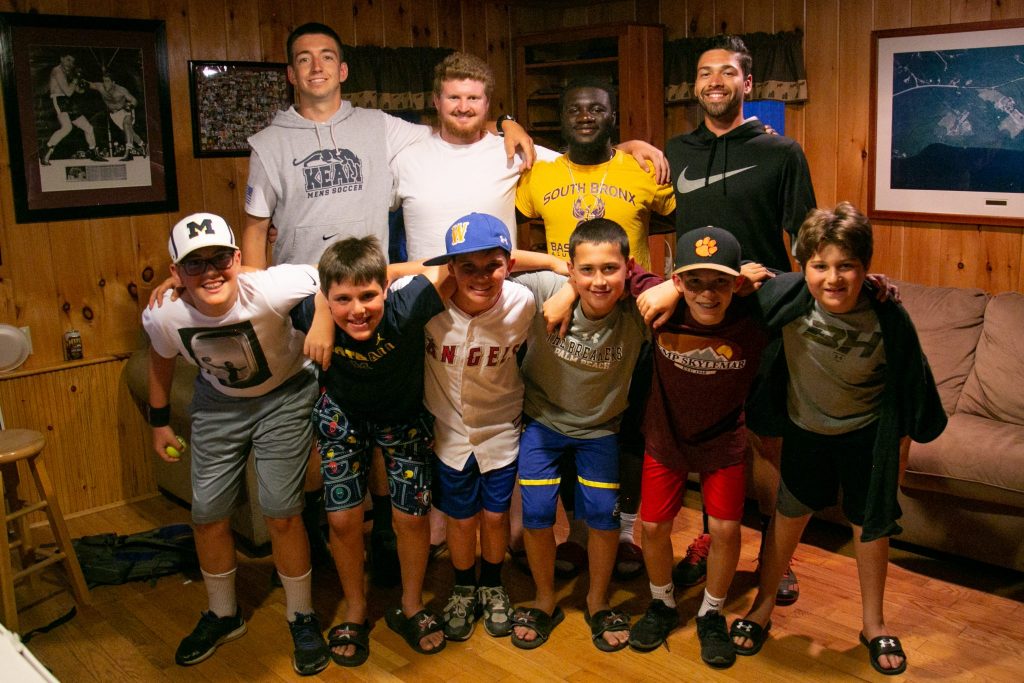 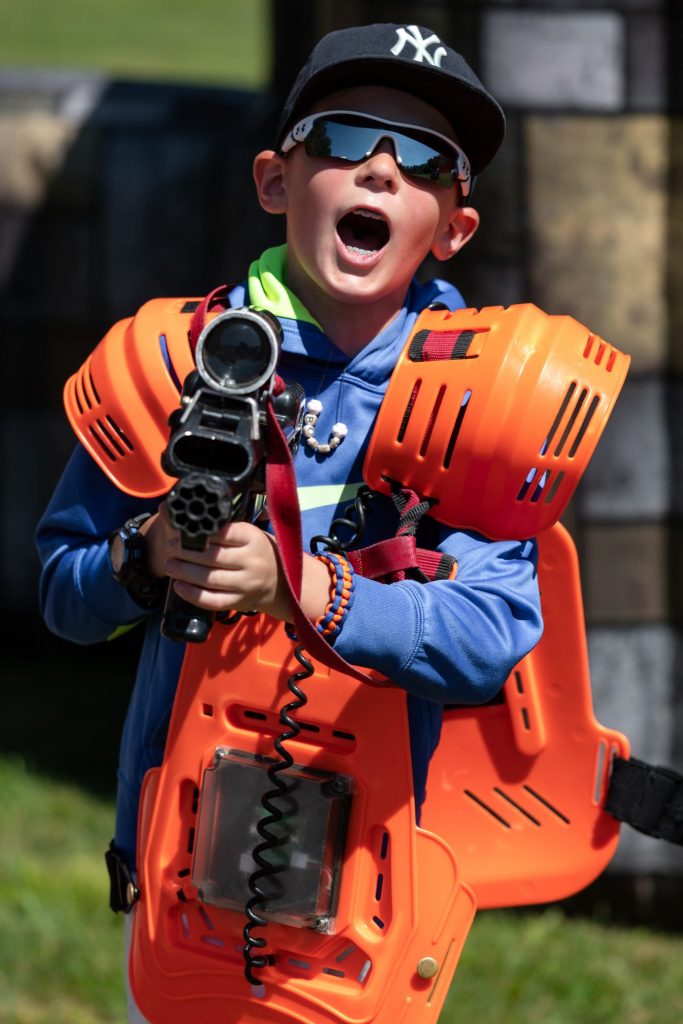 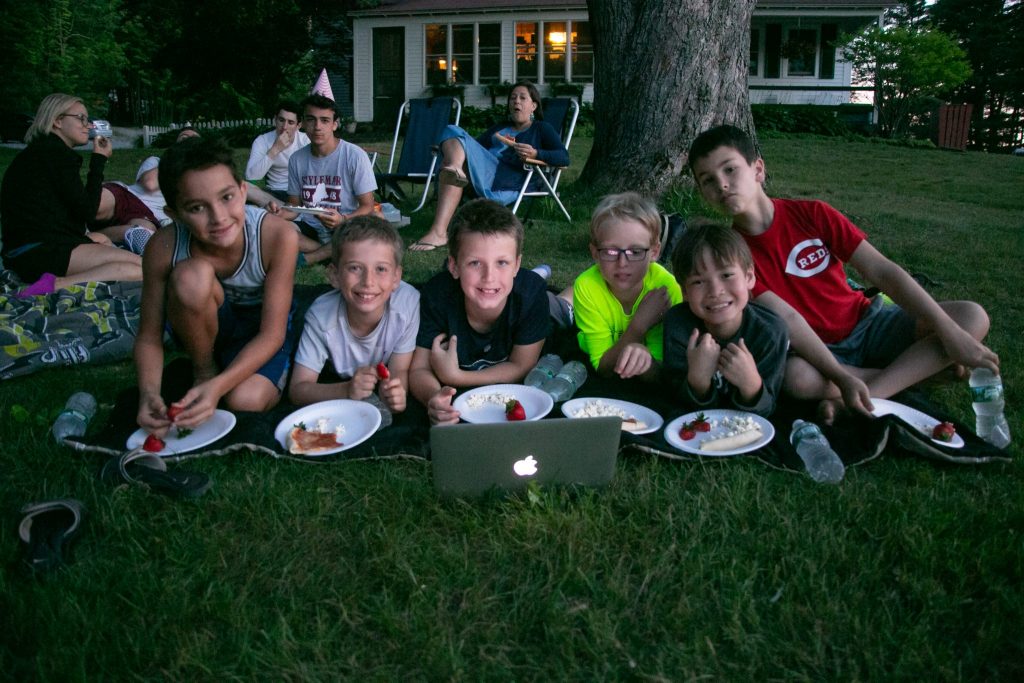 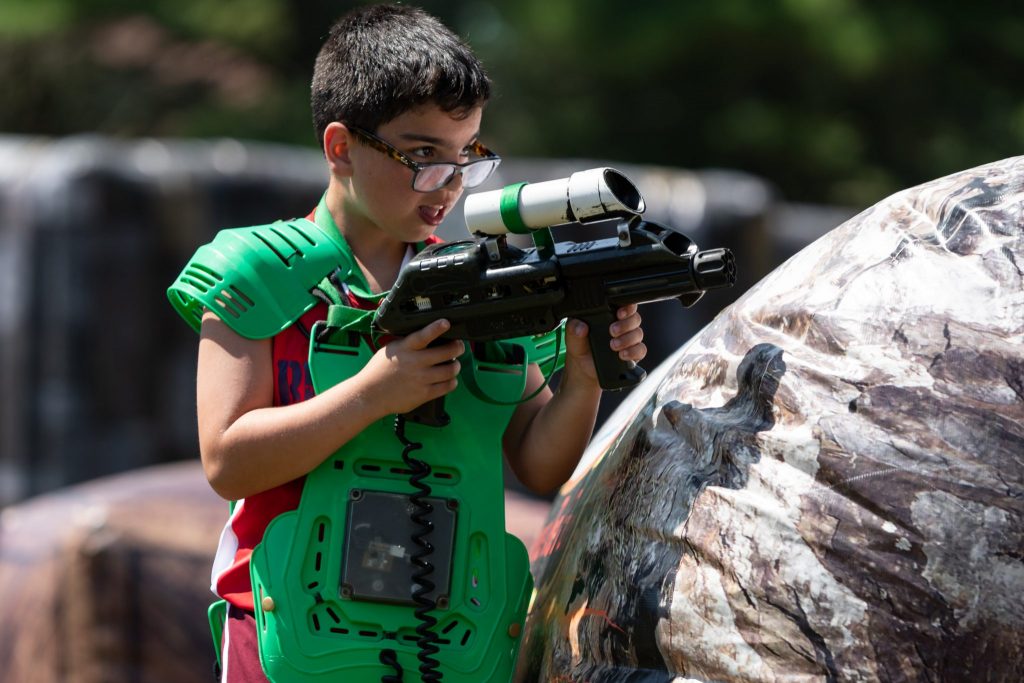 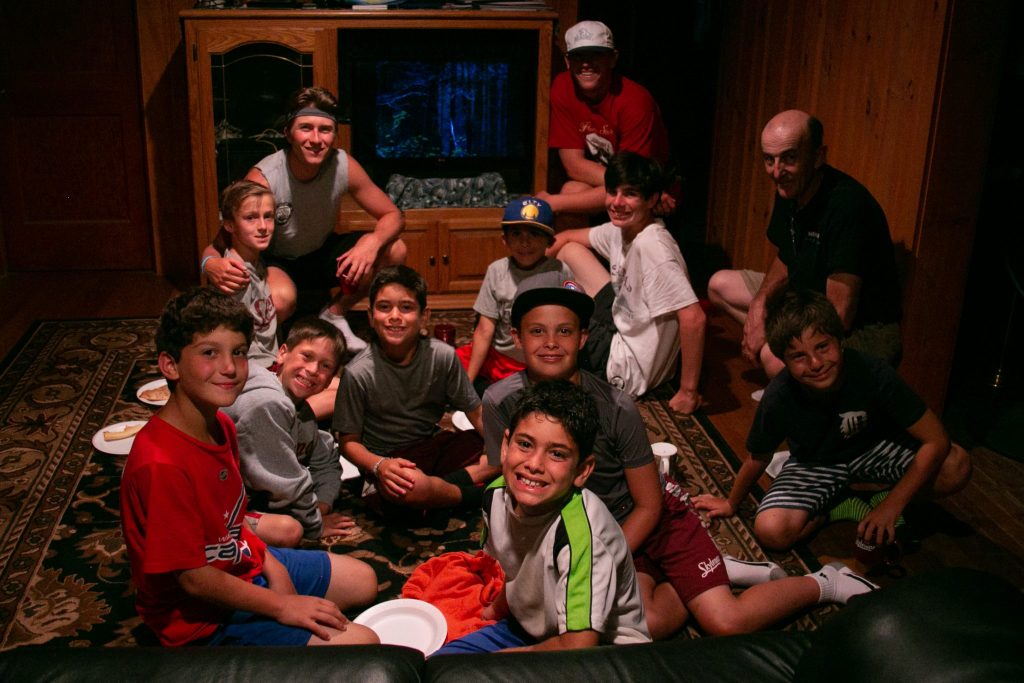 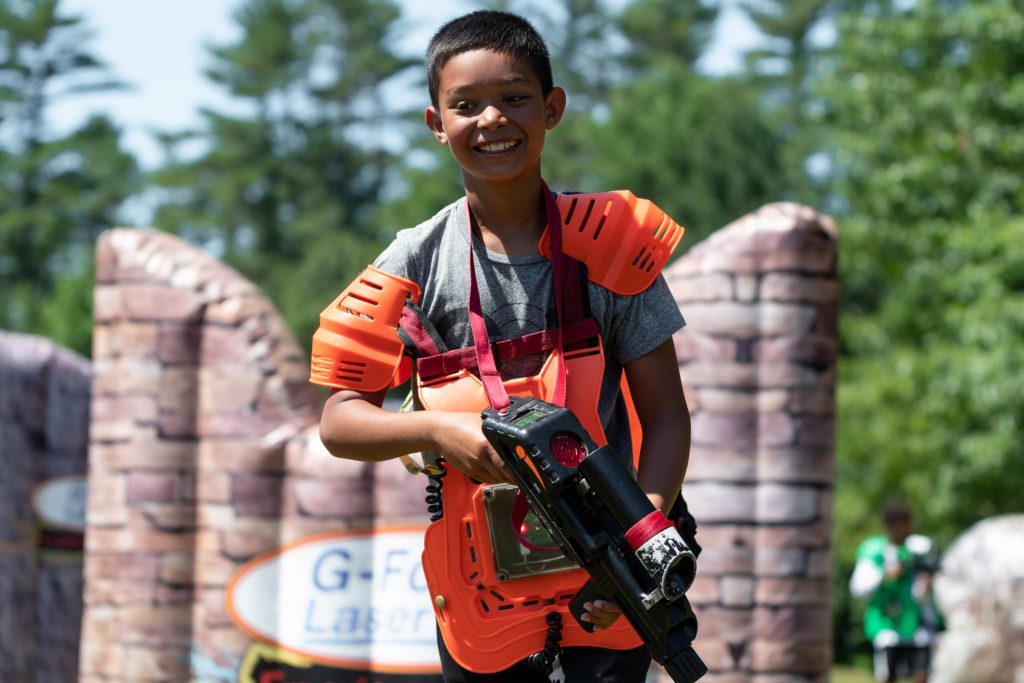 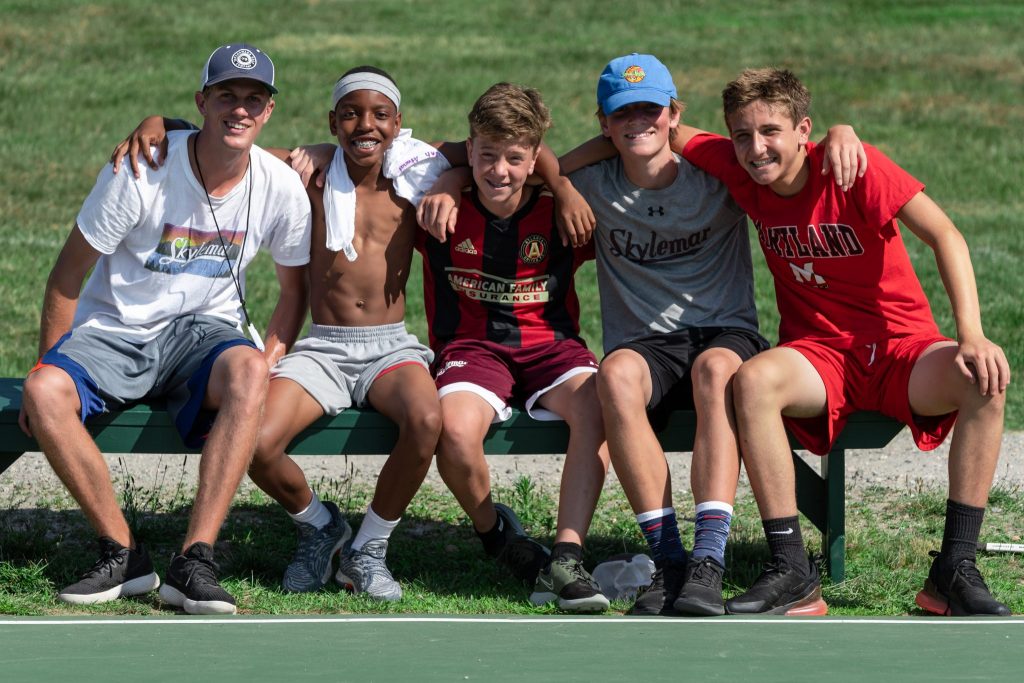 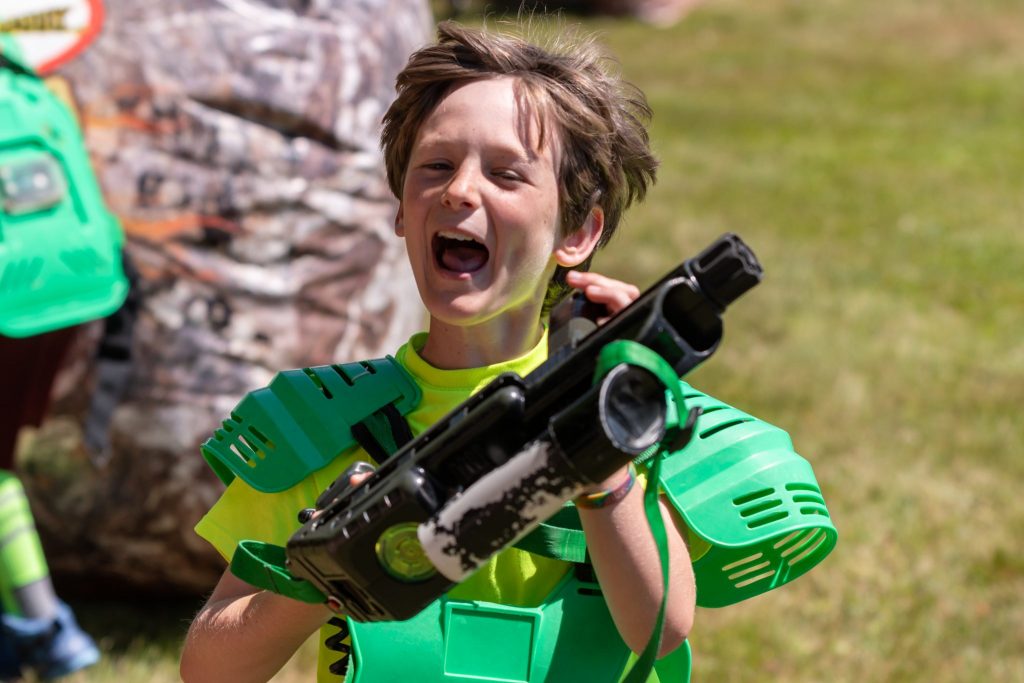 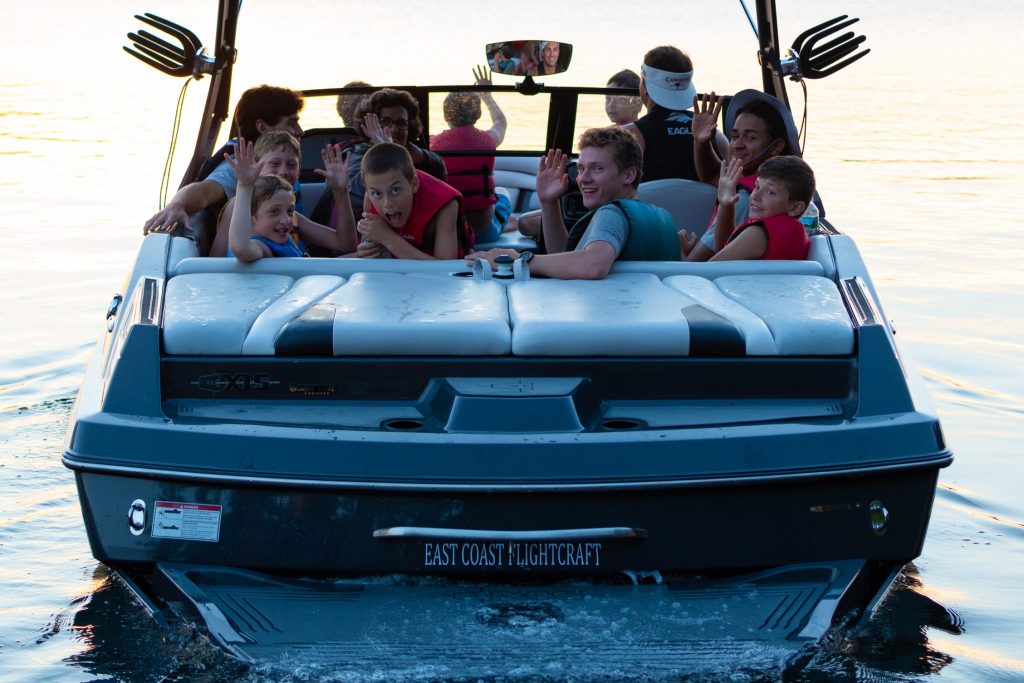 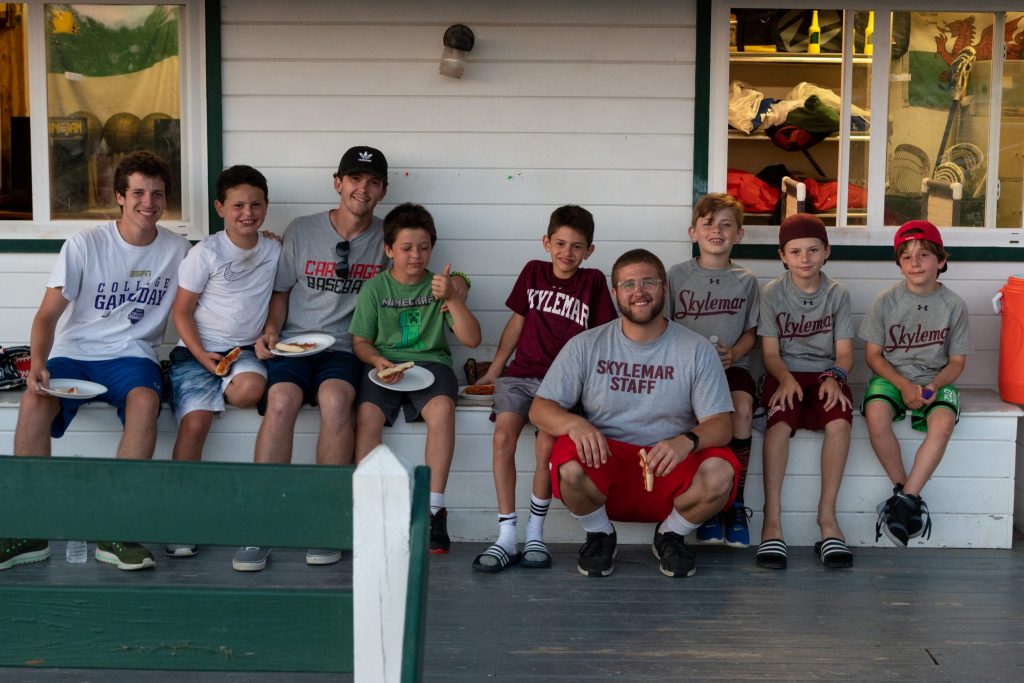 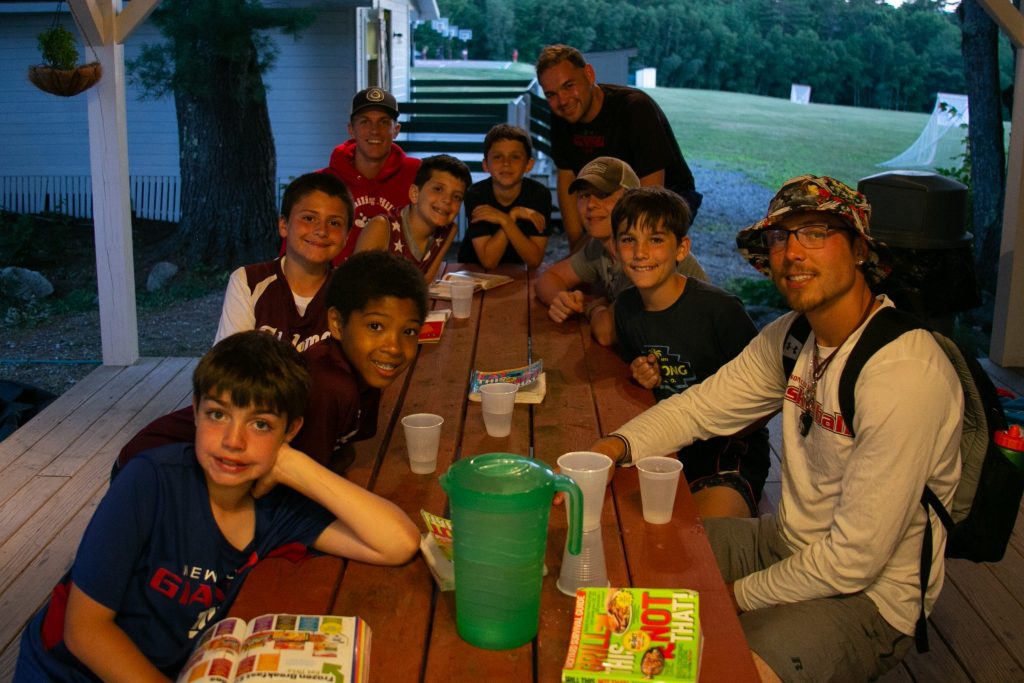 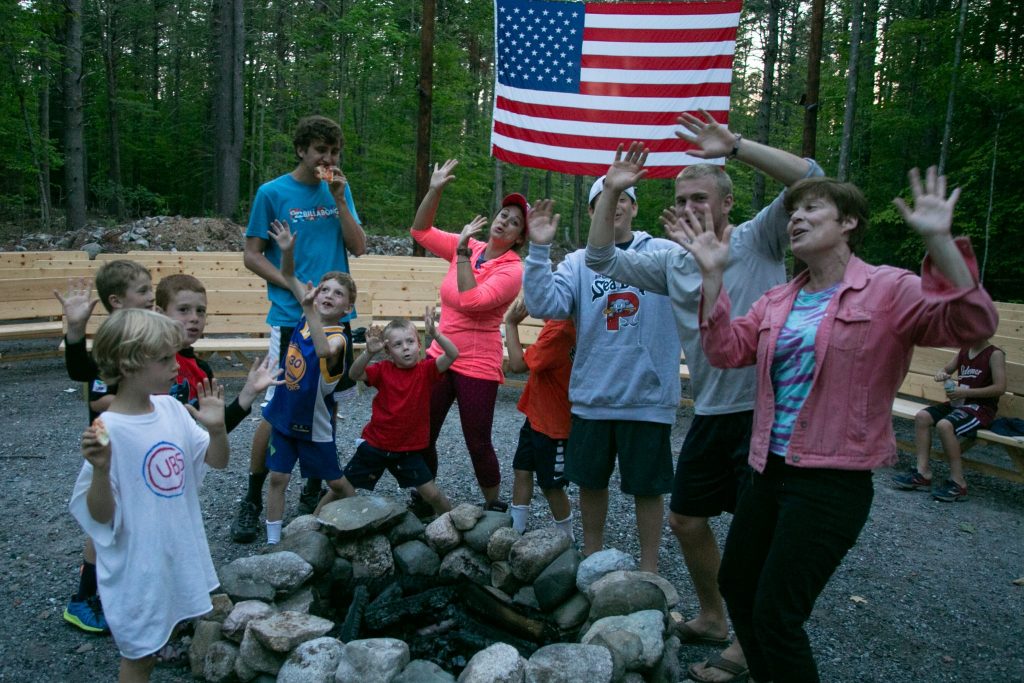 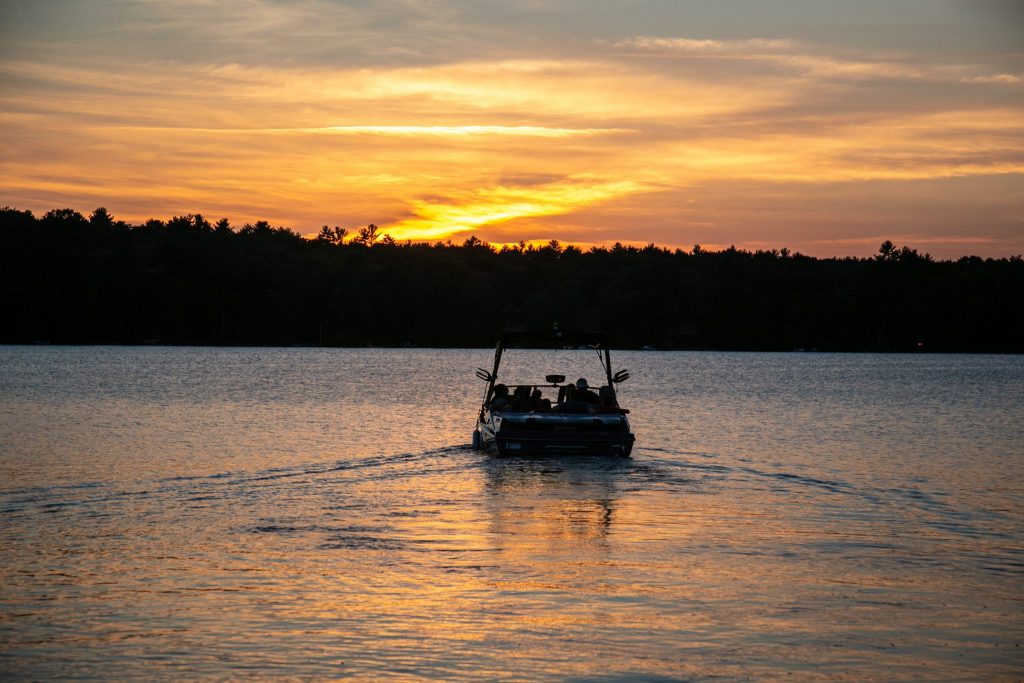 Seventeen unique Pine Cone Auction parties, paid in full.  This year each went for quite a bit of pcc (pine cone cash).  There was a Wimbledon Tennis Party on the courts, with strawberries and cream...and a Chocolate Factory Party where you made your own.  The Science Party had owl pellets to dissect and pizza to eat (how’s that for a combo!).

Bunk 10 got to host their own barbecue at the SkyDeck.  For 14 it was a Pajama Party inside their bunk.  The Baseball Party took place in the batting cage, and the boys especially loved the baseball cards.  It was ideal weather for the Beach Party as well as the Sky II Island Adventure.

Bunk 1 had an imaginary campfire at the Ring of Champions.  They got to lay down on the benches and play gaga at night too.  The Red Snow Cabin Party was as special as ever.  It’s the hidden cabin in the woods where Norma and Rich live.  Only those who win this prize know where this special spot is located.

Another secret party locality was "Bunk 71" (aka Casa de Fink).  It’s so unique that you have to get there by boat, because it’s all the way across the lake. There you see what it’s like to splash on the other side of Trickey, and then get to hit up the Causeway Dairy Bar afterwards.

Meanwhile, Bunks 18-24 played “Capture the Flag”, which is always a favorite.  Sky II was at Laser Tag, which the rest of camp enjoyed during the daytime.

New clinics were introduced in the Picnic Grove.  Once again, the spread of what people signed up for was especially diverse.  The choice was important this week, because parents will be watching on Saturday.  As you know, Saturday is Visiting Day, from 9:30-4:30.

There’s the Fishing Competition at Sky Pines, and Spartan Racing at the Evolution Gym.  Trickey Skippers will spend the week sailing a Sunfish or Hunter.  Chad made a call on his “shell phone” to kickoff the TP Whales Waterski Clinic.  That includes Nick’s “Hat Off My Head Challenge”.  Each day the person who works the hardest gets a hat off his head to keep forever.

It’s Every Single Element at the Ropes Course.  That includes the zipline and giant swing.  If you’re really confident, you can try it blindfolded.  For Tennis, it’s Serving.  At Golf, it’s Long and Short game.  Soccer is Lightning Competition, and Trickey Pond Trio features Skymiles Swimming, the Trickey Triathlon and Record Breaking.

Set and Costume Design for “Lion King” sounds like one-of-a-kind.  We’re super psyched for the show on Thursday.  SkyDeck offered a Fresh Produce Clinic.  There’s a different fruit and vegetable every day, which you learn about, harvest and cook.  There’s Football Chalk Talking & Walking, Hockey Shooting, Games and Goals, Baseball, Basketball and CWT (Cards with Tomas).  Skylefari is a behind-the-scenes look at all that goes on at Skylemar... you get to tour places like our Maintenance Department.

So much to do and try!