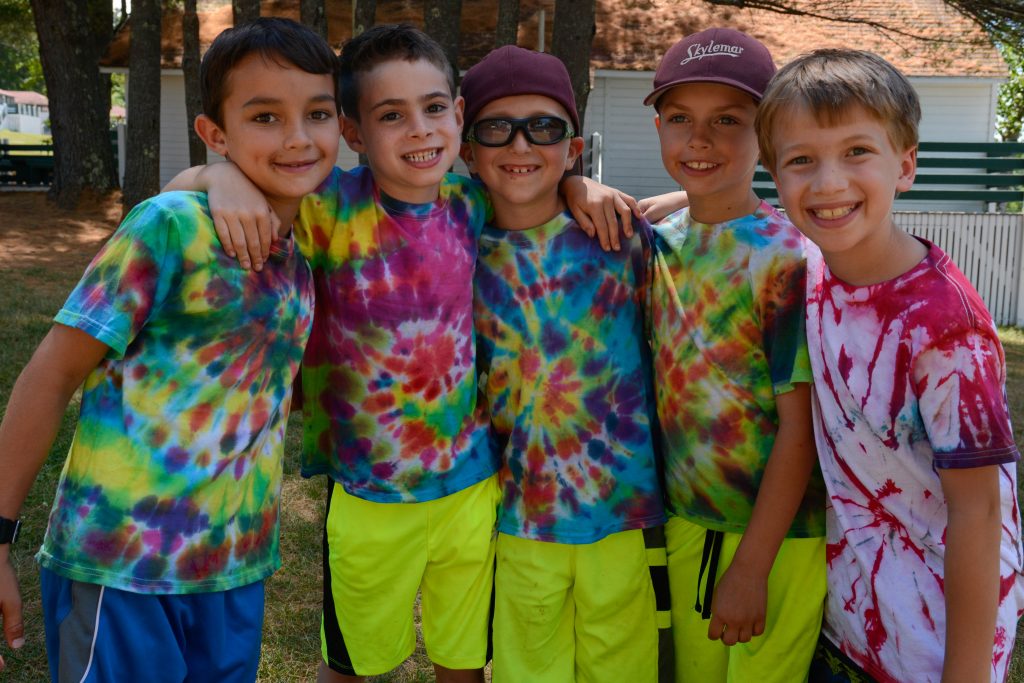 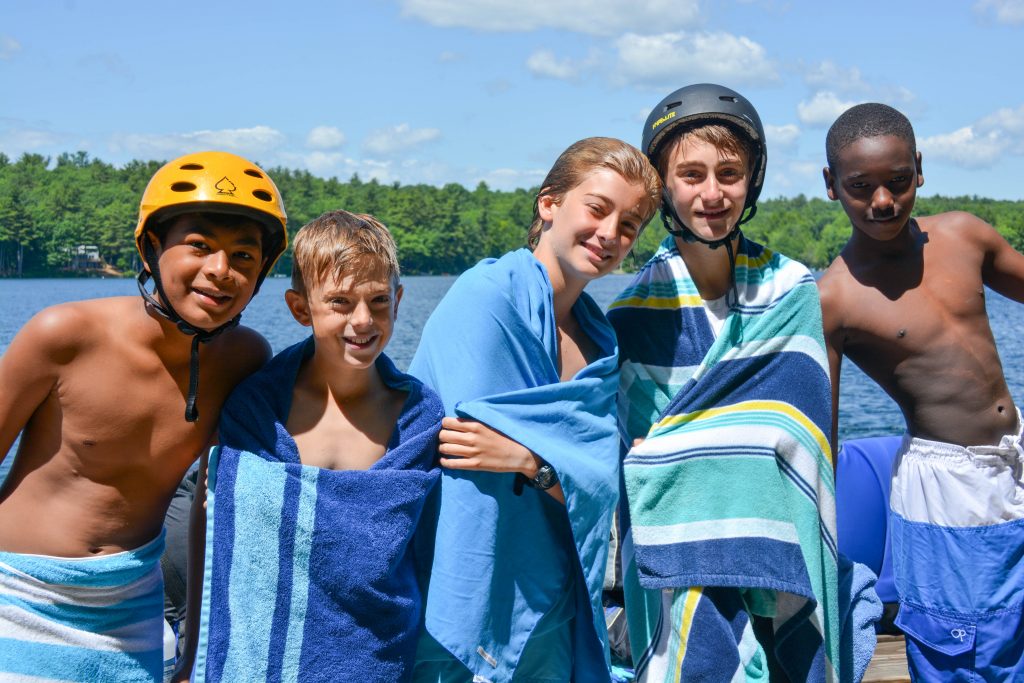 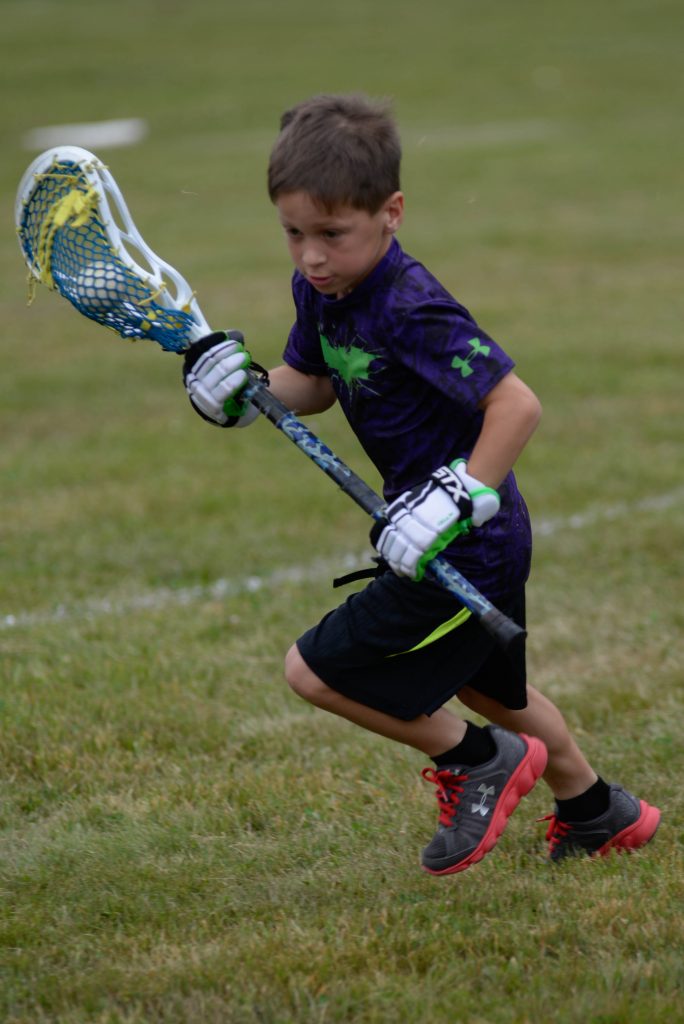 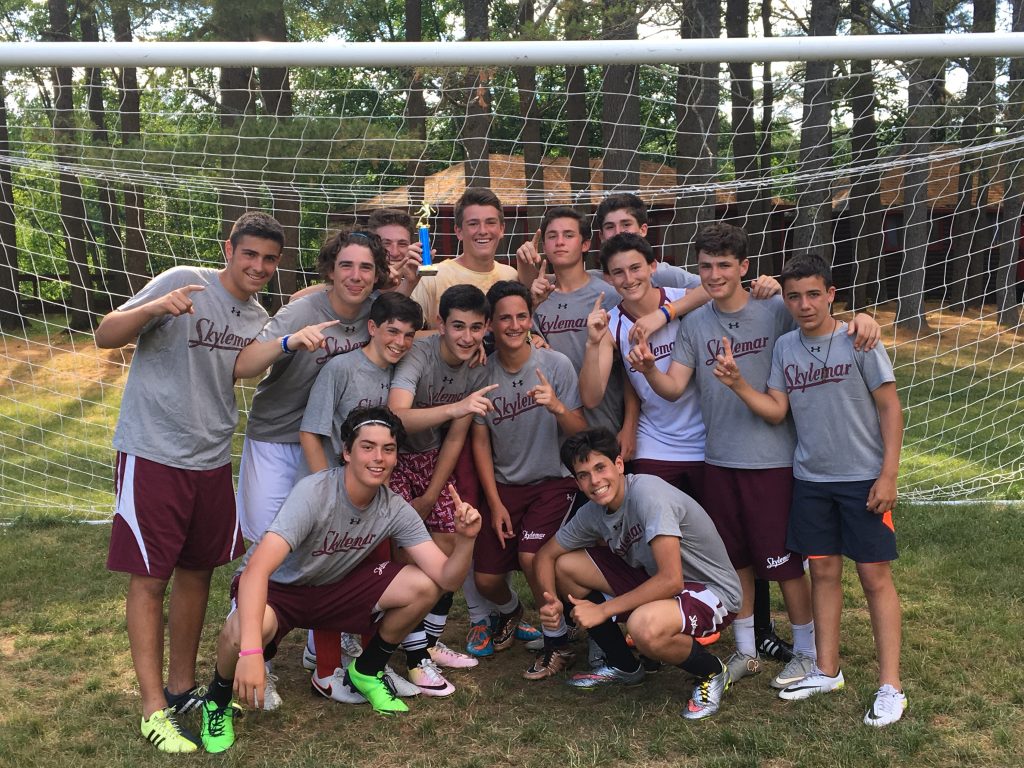 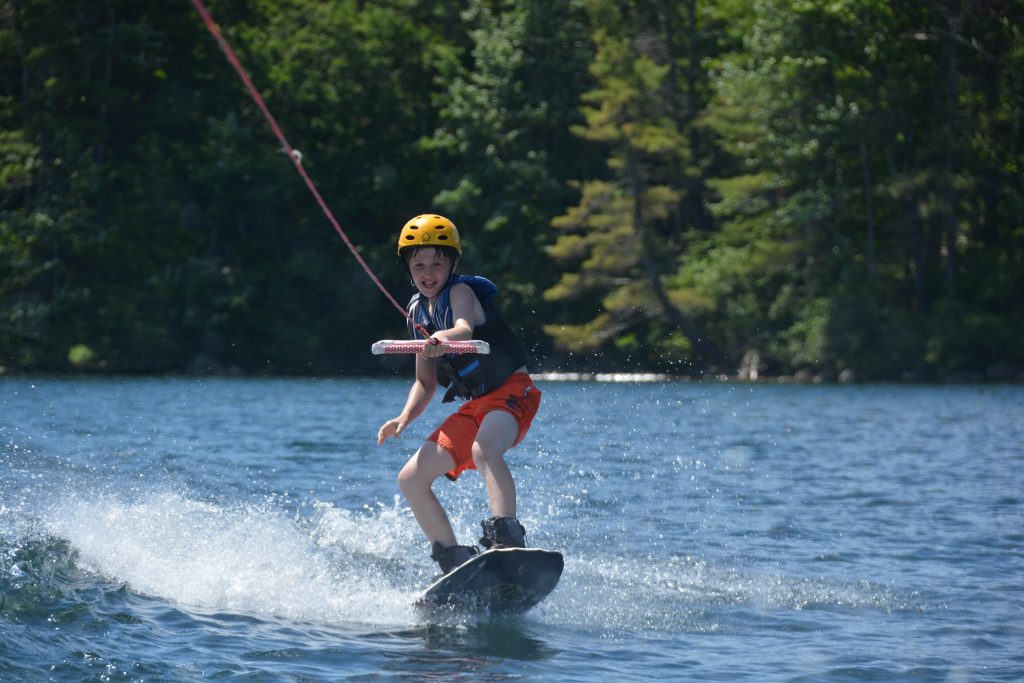 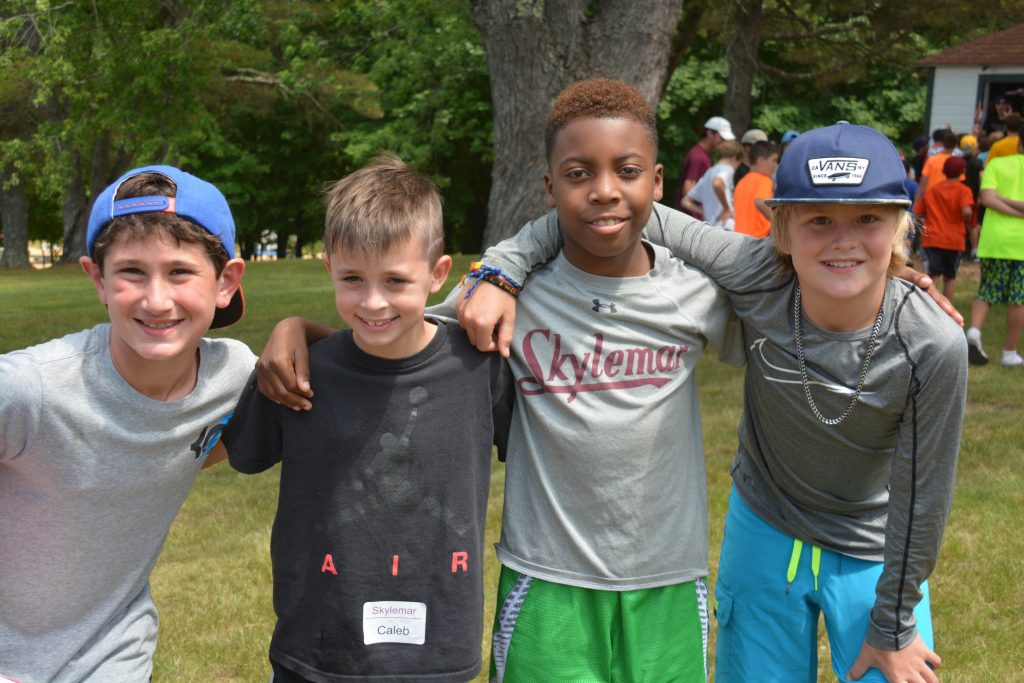 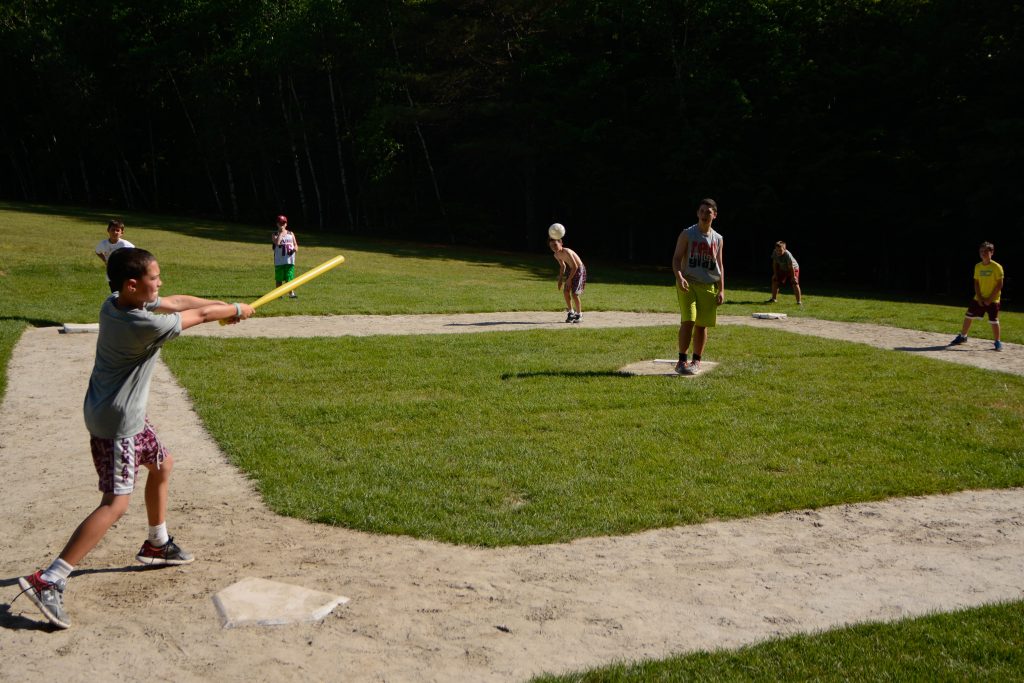 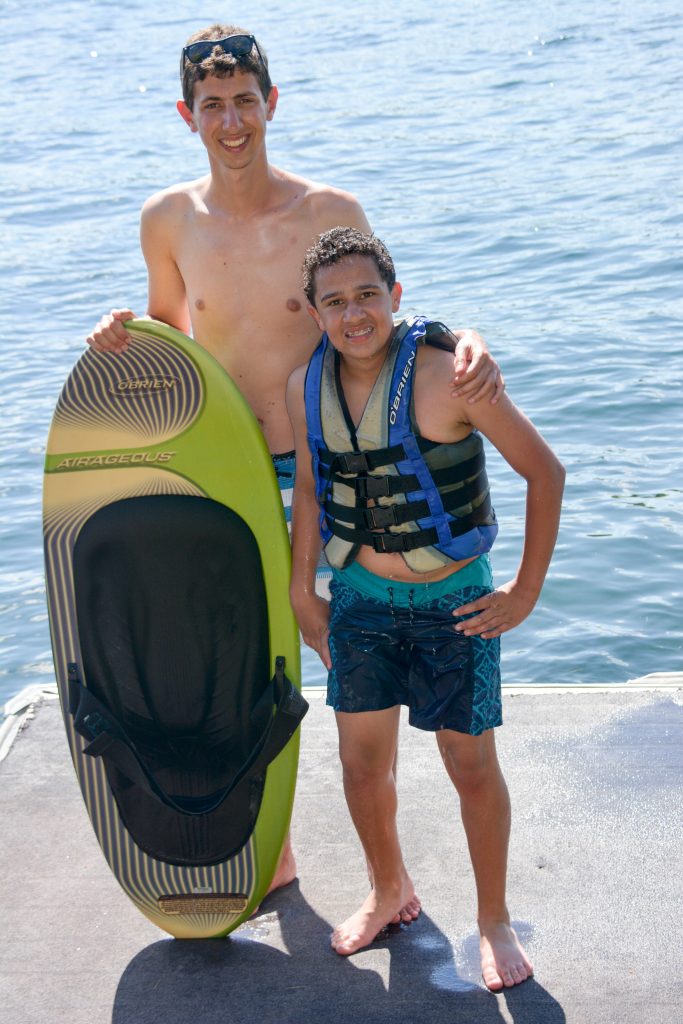 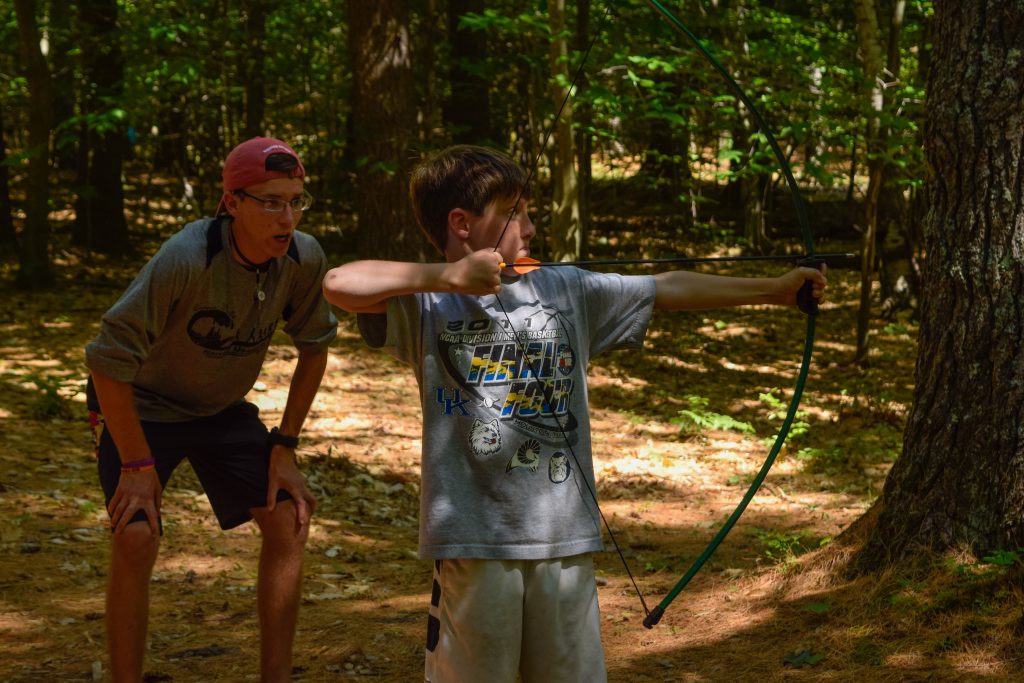 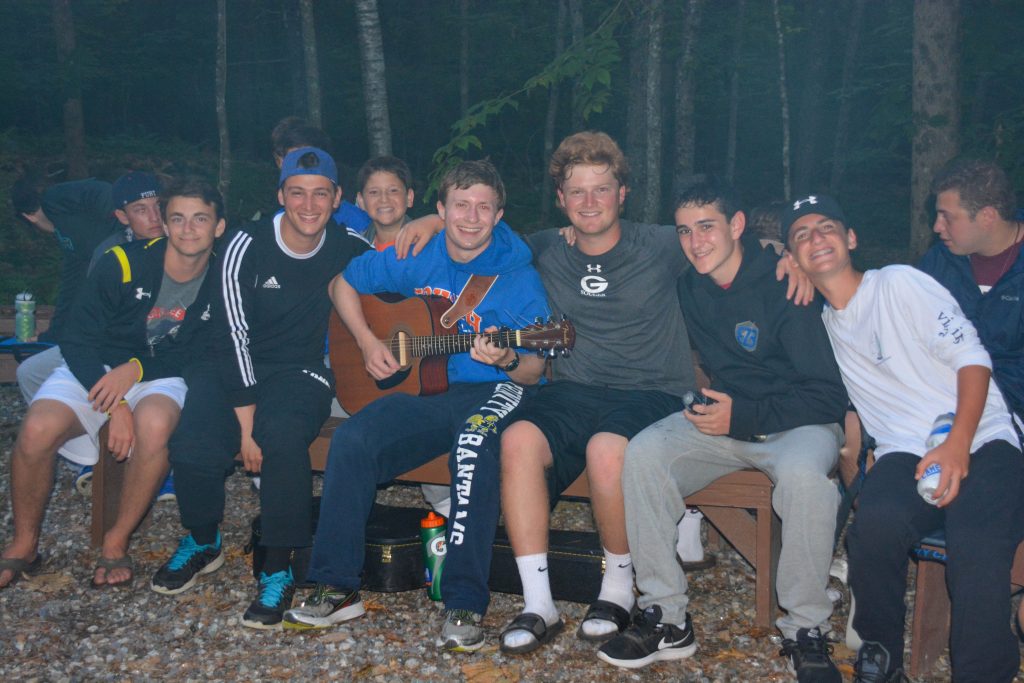 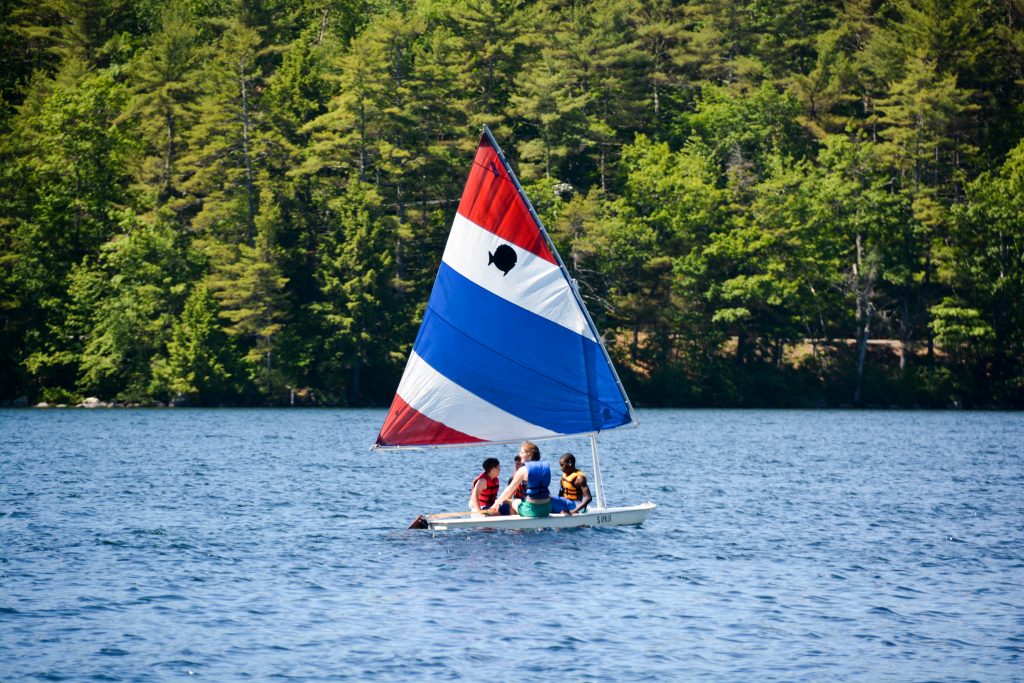 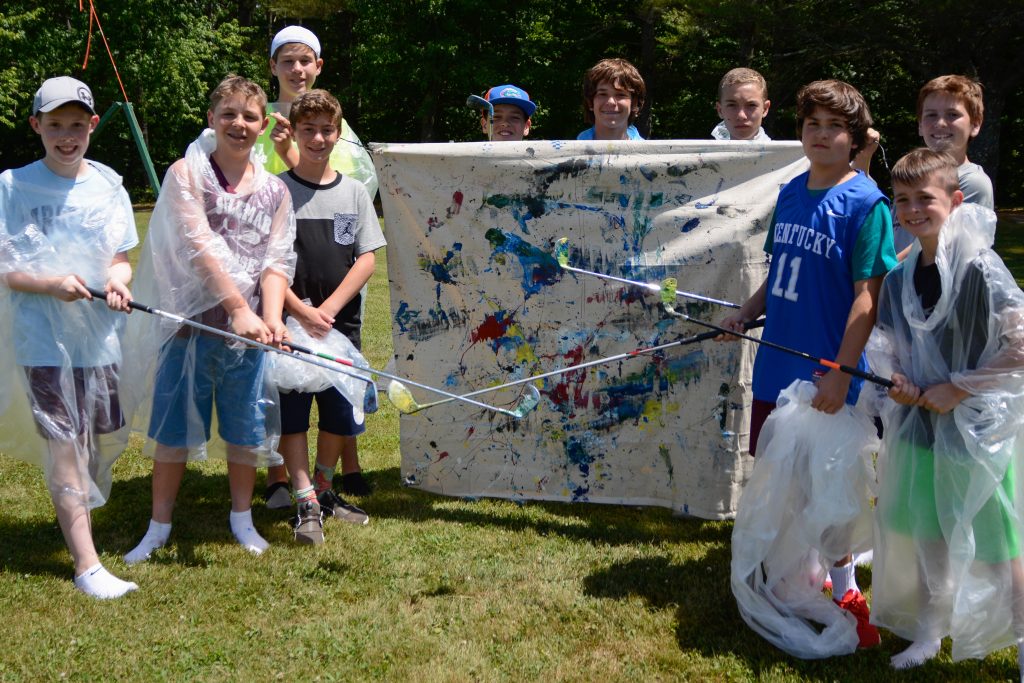 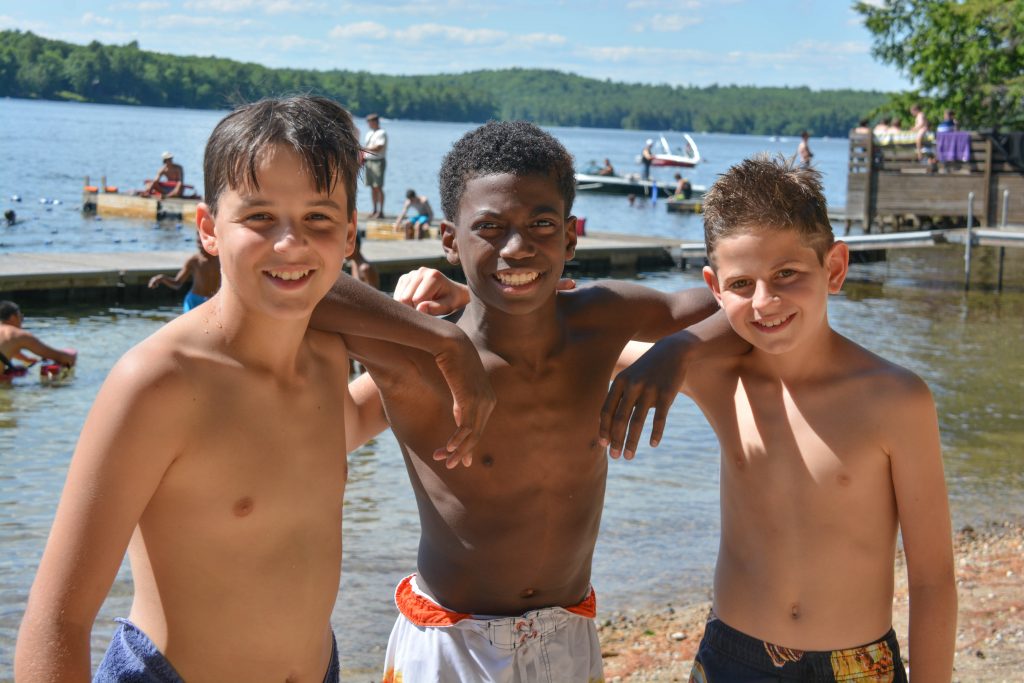 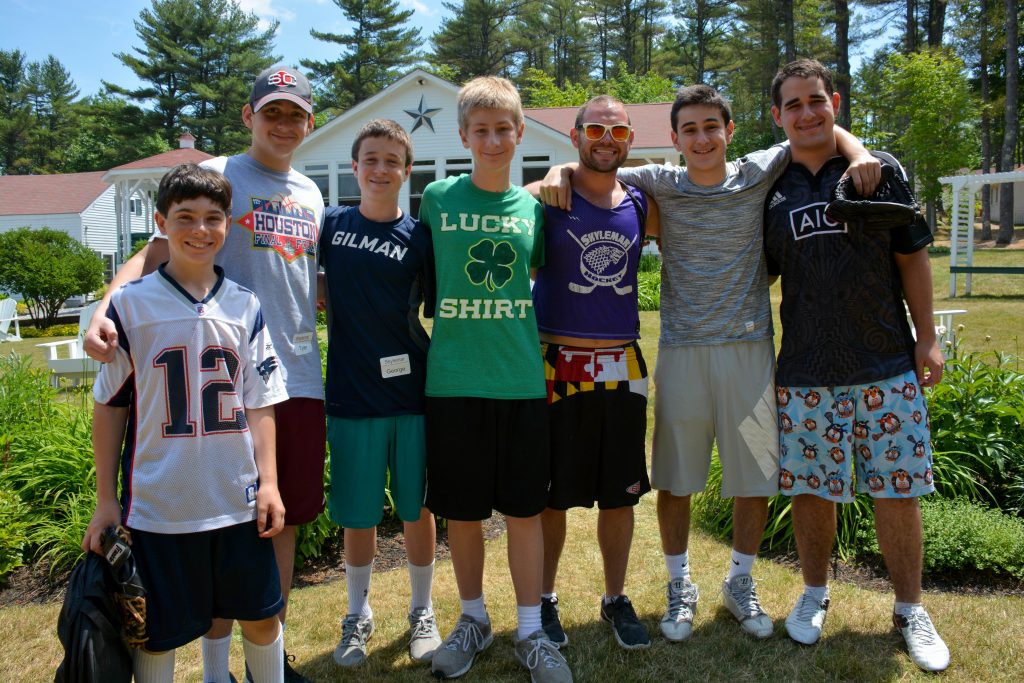 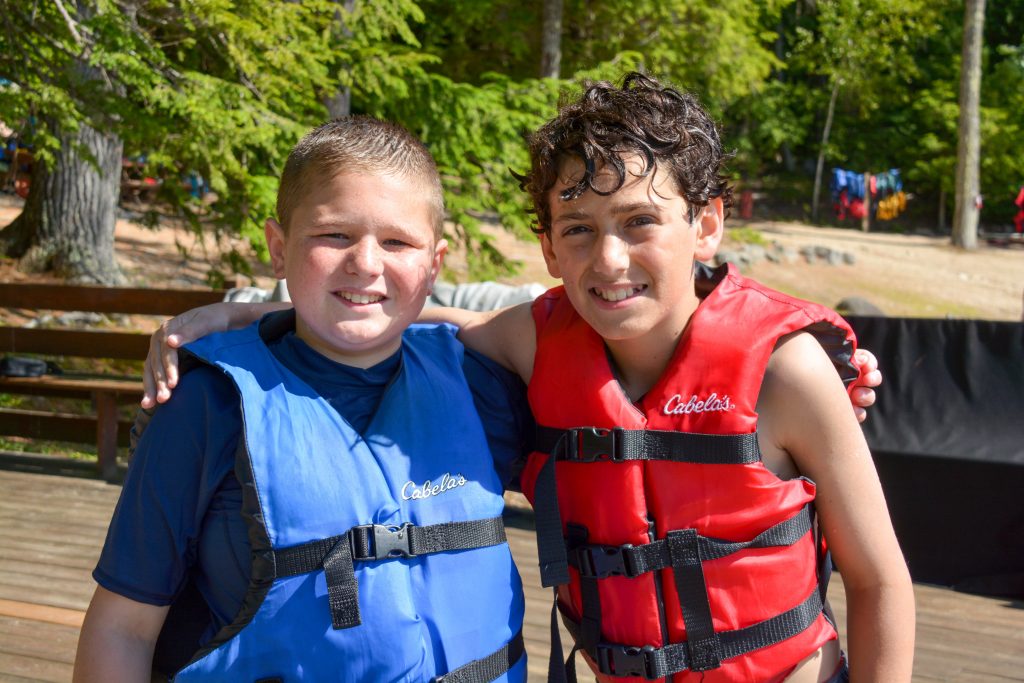 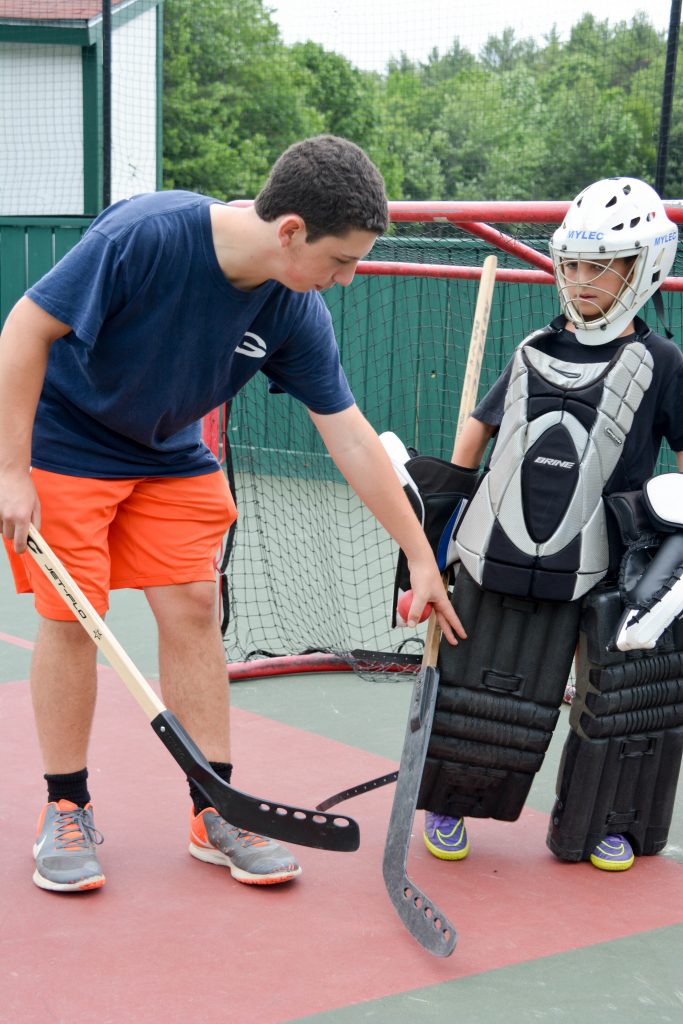 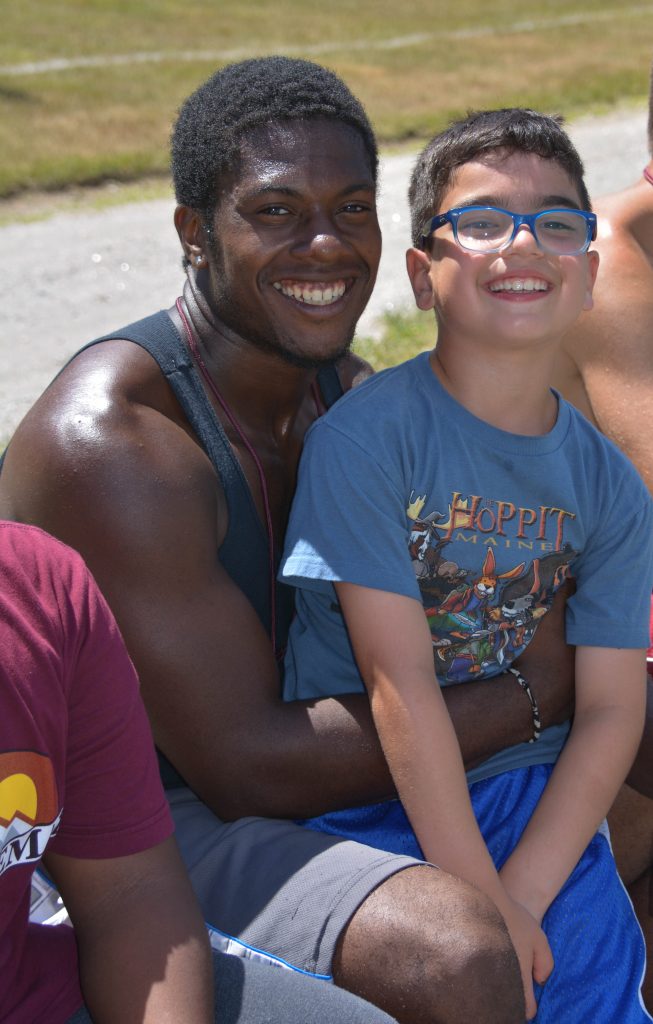 Meal announcements following clean-up really set the tone and bring us together as one family. Lots of table-pounding and shout-outs for jobs well done. After dinner, Coaches spoke about the U11 hockey and U13 soccer games this afternoon. Even though the results were split, they let the Rec Hall know how proud we were of the heart we showed, regardless of the outcomes.

On the other hand, it was an impressive 4-game victory run to the title for the U16 team in a very competitive soccer tournament. Coach Gordon said it right when describing our team: “It didn’t matter if you played soccer for one year or eight. We came together to play for what was on the front of our shirt.” And that they did, performing better and better each game until trophy in-hand.

Golf pro Steve P added a new twist to his game. Golf Art. Purpose was to challenge skill and accuracy, while ending up with a work of art. One by one, each “artist” tees up a paint-soaked ball, striking it towards the canvas. End result is a Jackson Pollock-like masterpiece.

Funtastic and new for 2016 is the ready-for-action Fiddlestick Field and Wiffle Ball diamond. Volleyball’s a happening sport this year too. Our four collegiate vball players are teaching technique in a whole new way.

It’s the sign of the giant blow-up turkey. That means Thanksgiving for dinner. Turkey, stuffing, mashed potatoes, peas, rolls and salad. Yum. So good that the campers and counselors gave the kitchen a standing ovation. All were grateful!

Ring of Champions for Evening Activities! That’s where we gather for a fantastic campfire night, led by our tremendously talented Cory. Counselor JBreezy kicked off the gathering, chanting “The Taco Song” with style, and Barney was really funny with his “Thank You Notes To Camp Skylemar". Rosey played guitar and sang “Wagon Wheel”. The JC’s had everyone singing, “There’s A Well Known Camp”. Noah taught fire building tips, and “Adventure Man” paid a visit. Of course there were s’mores. What could be better?