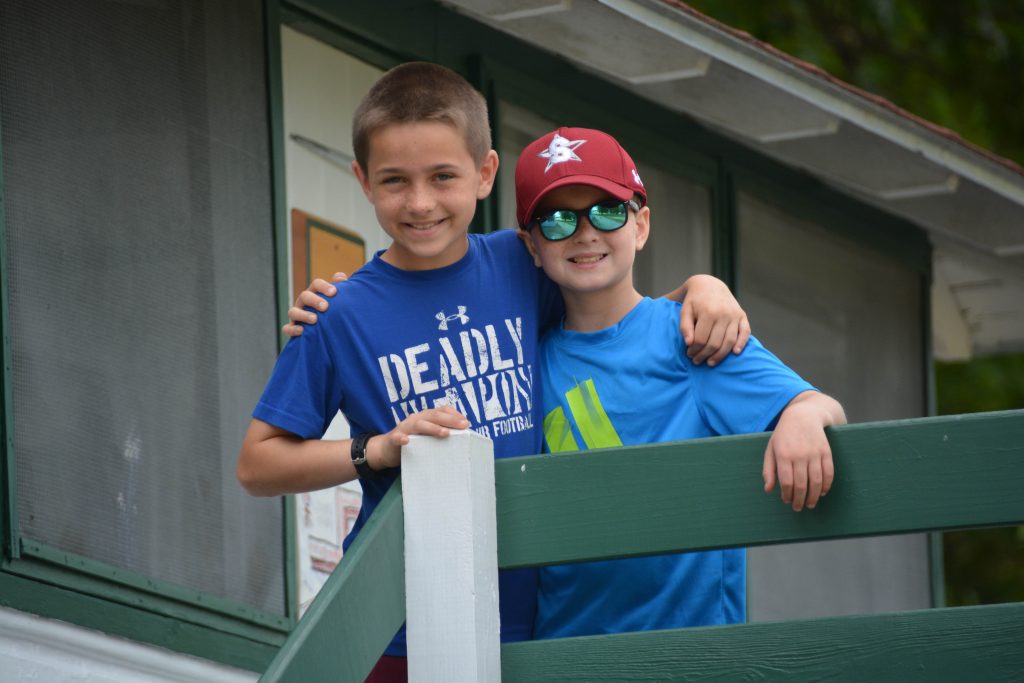 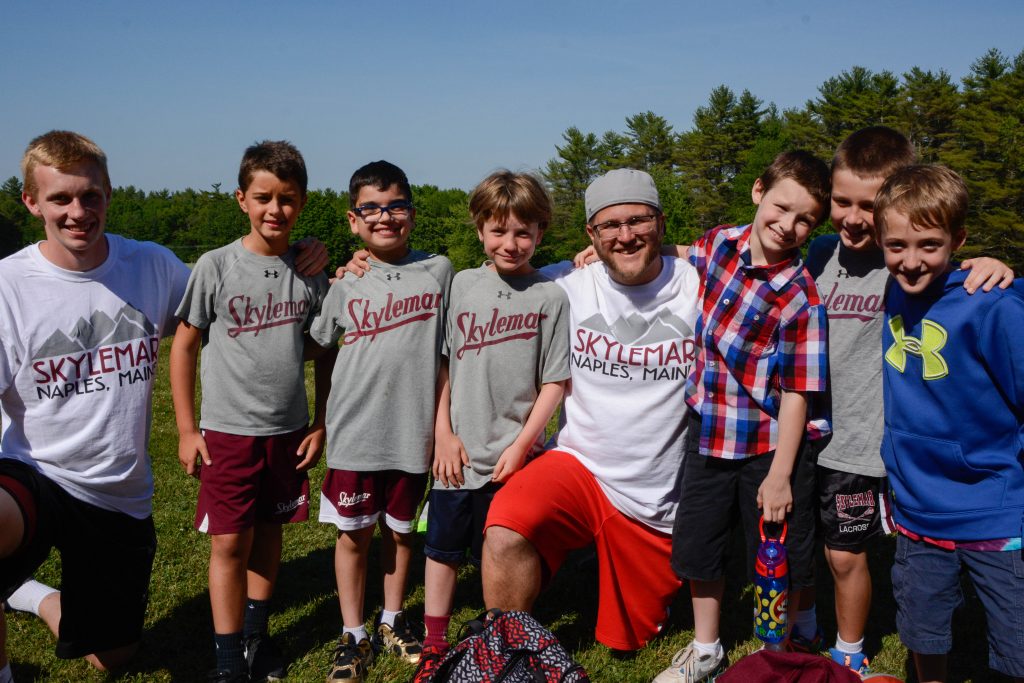 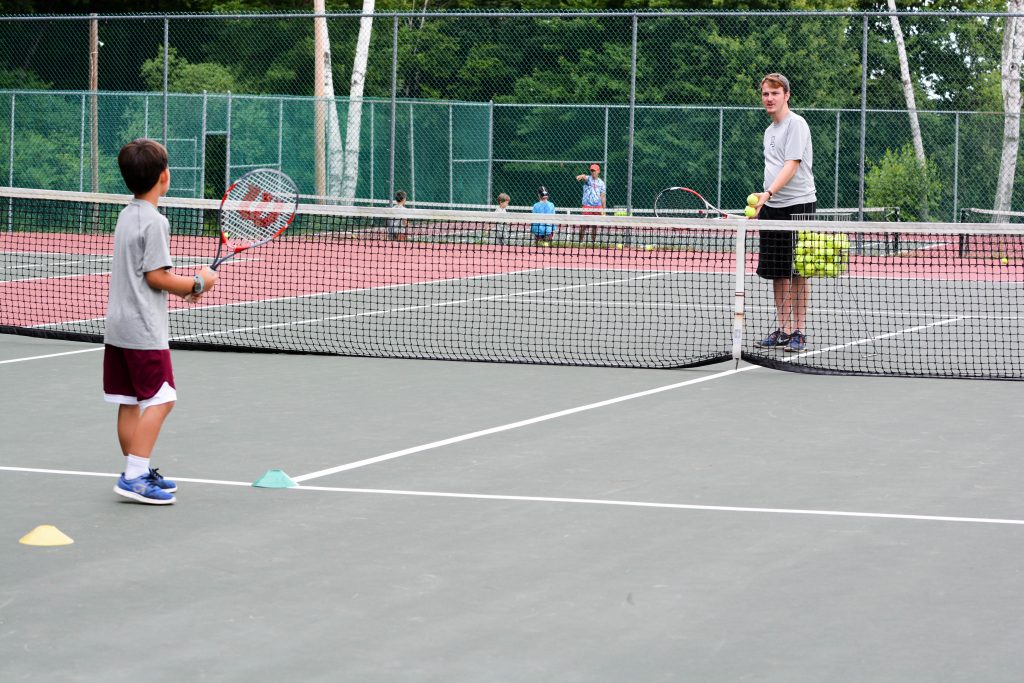 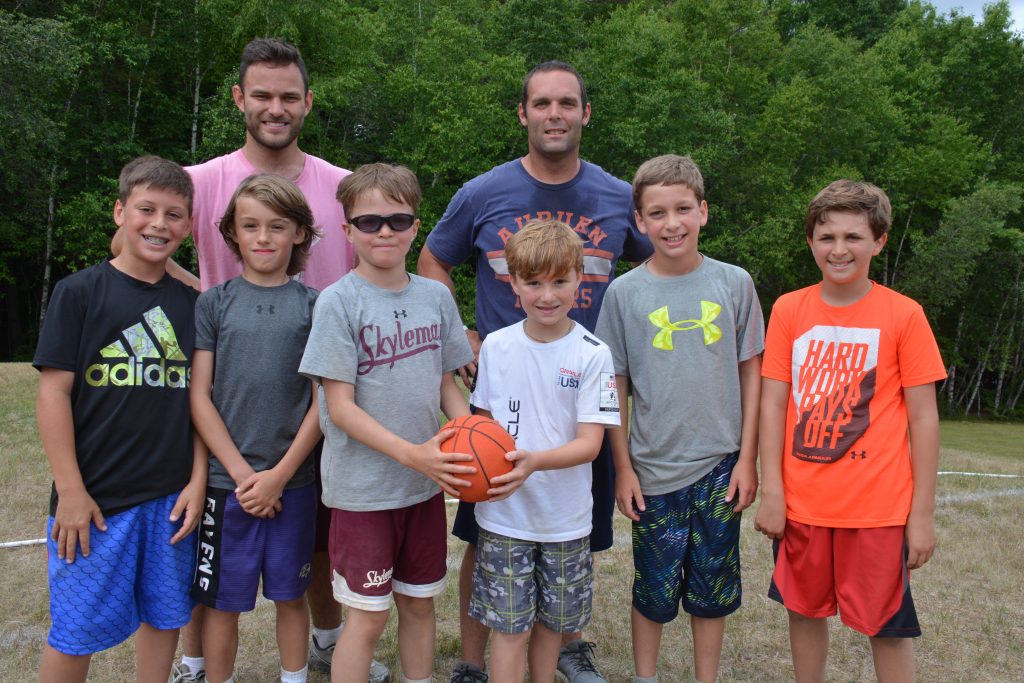 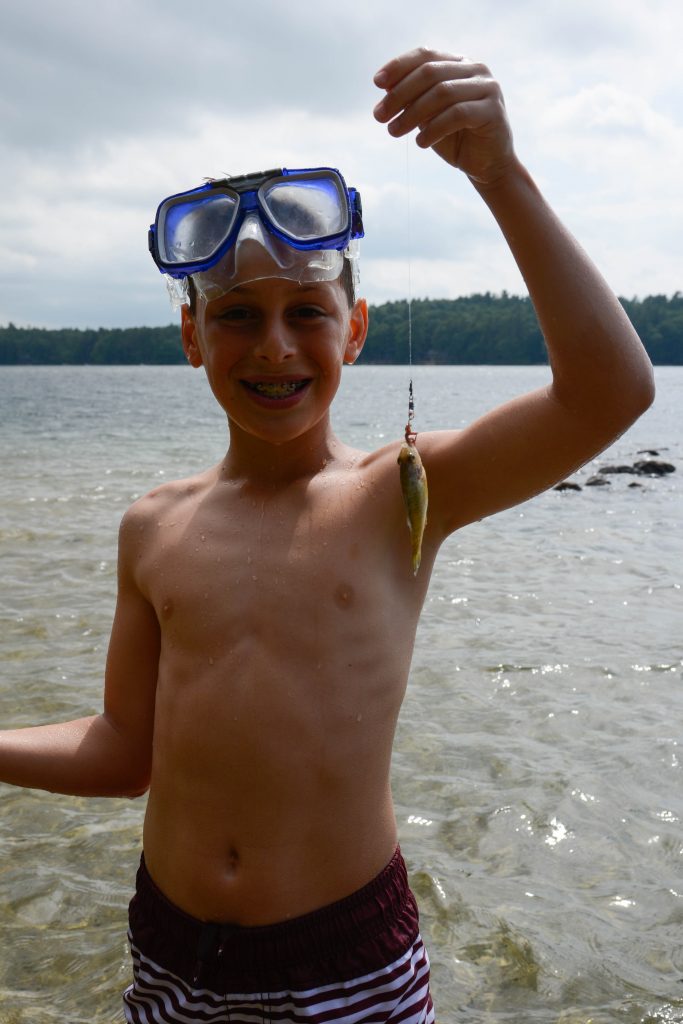 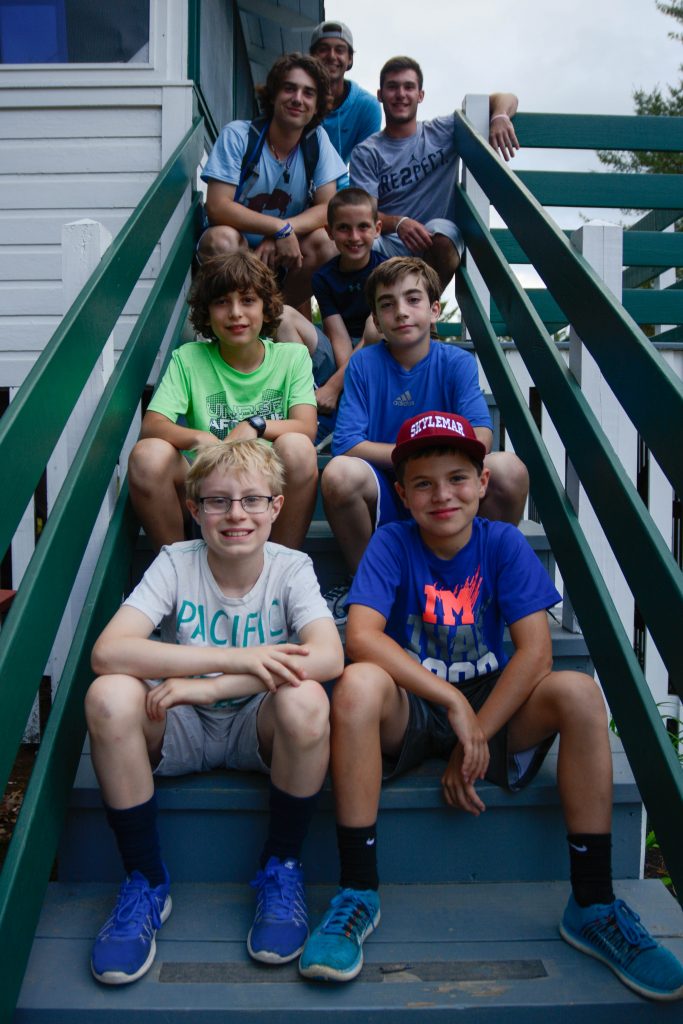 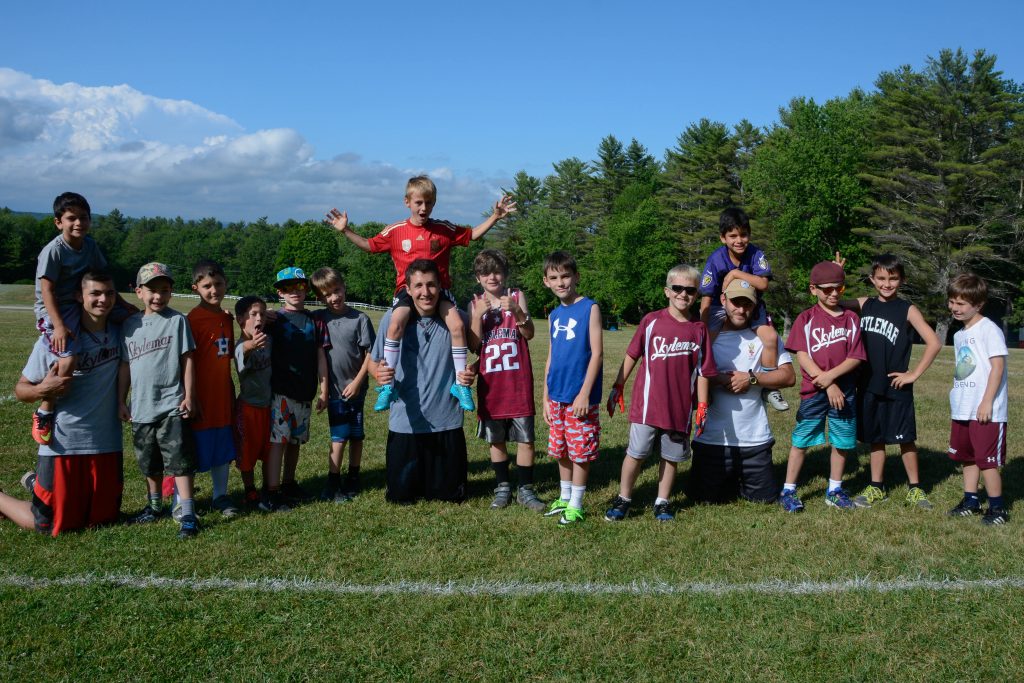 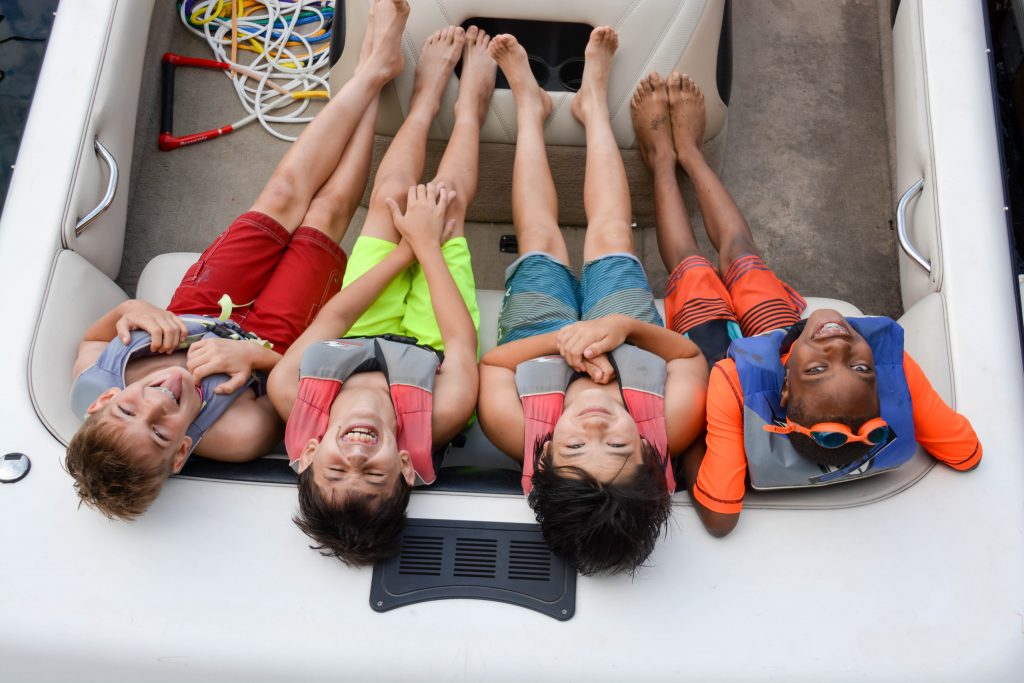 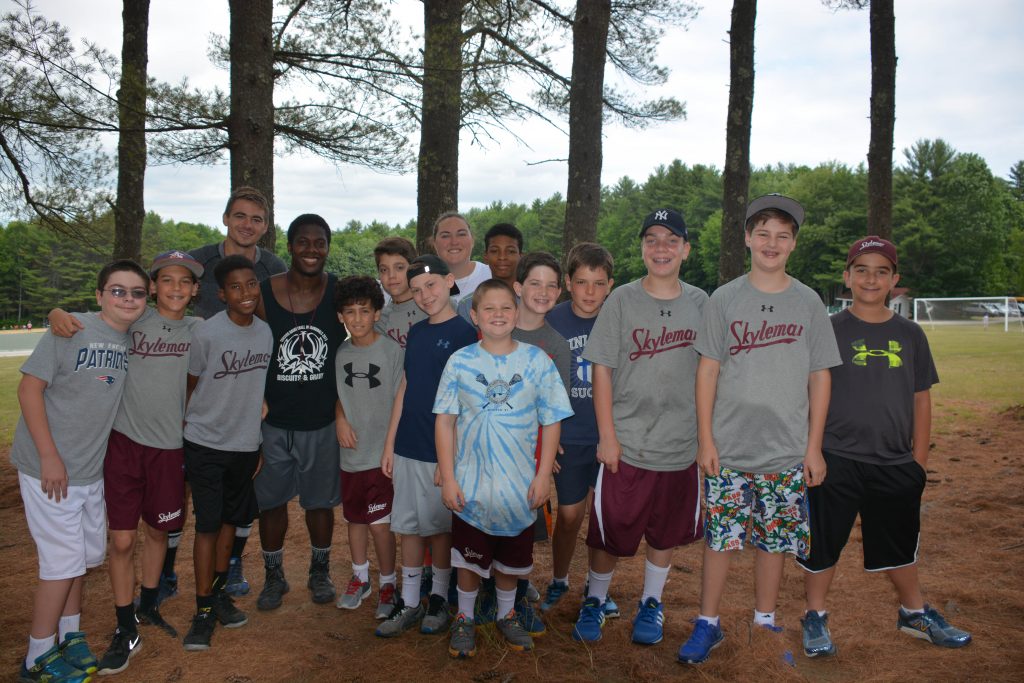 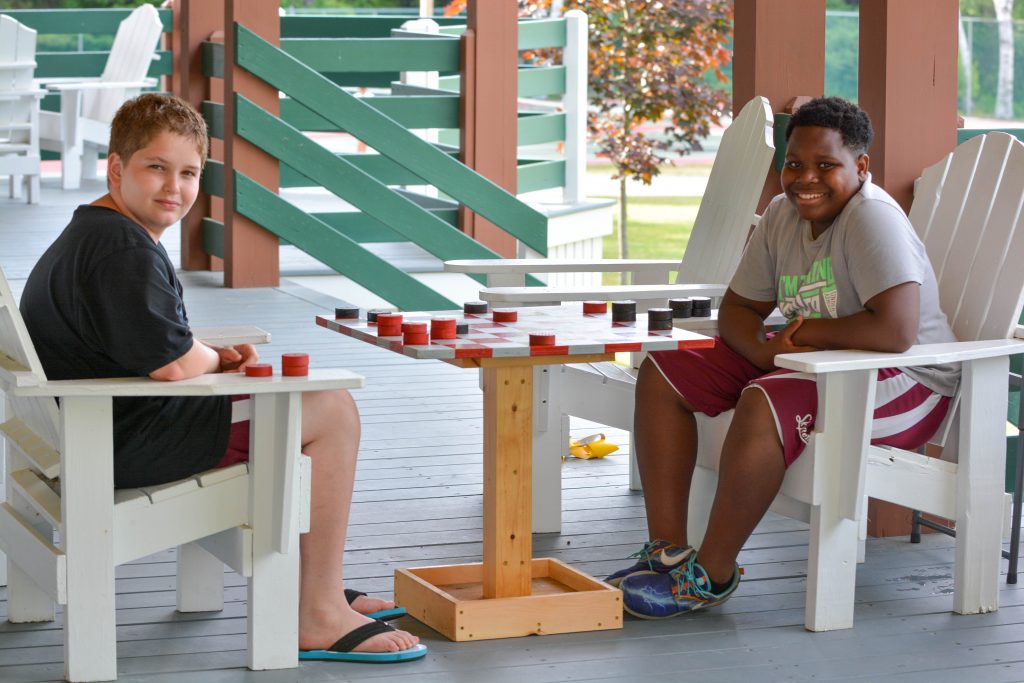 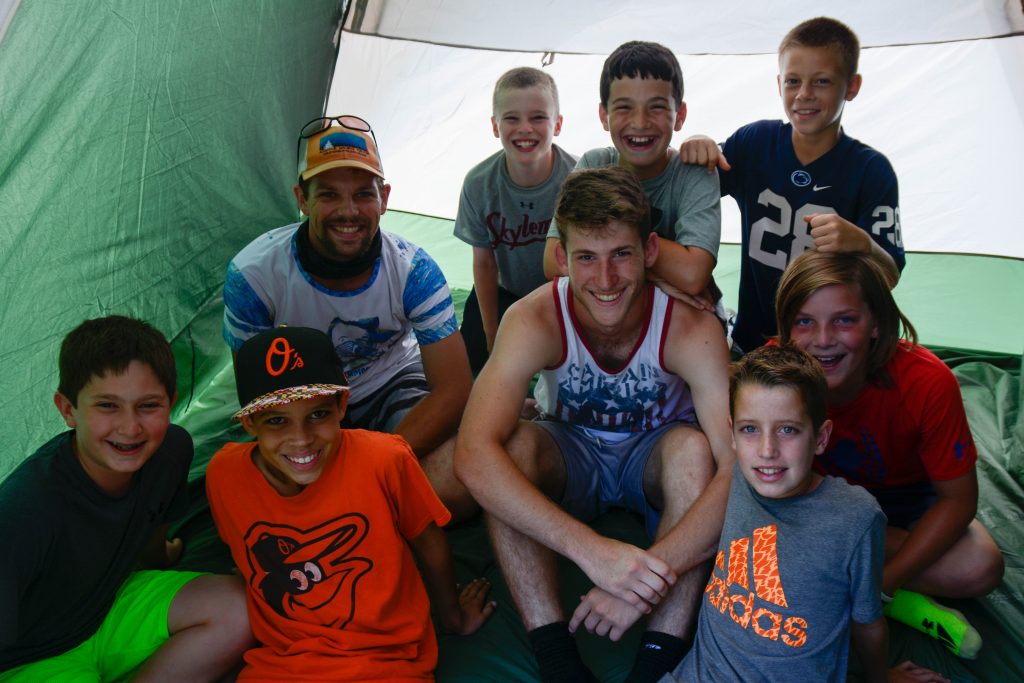 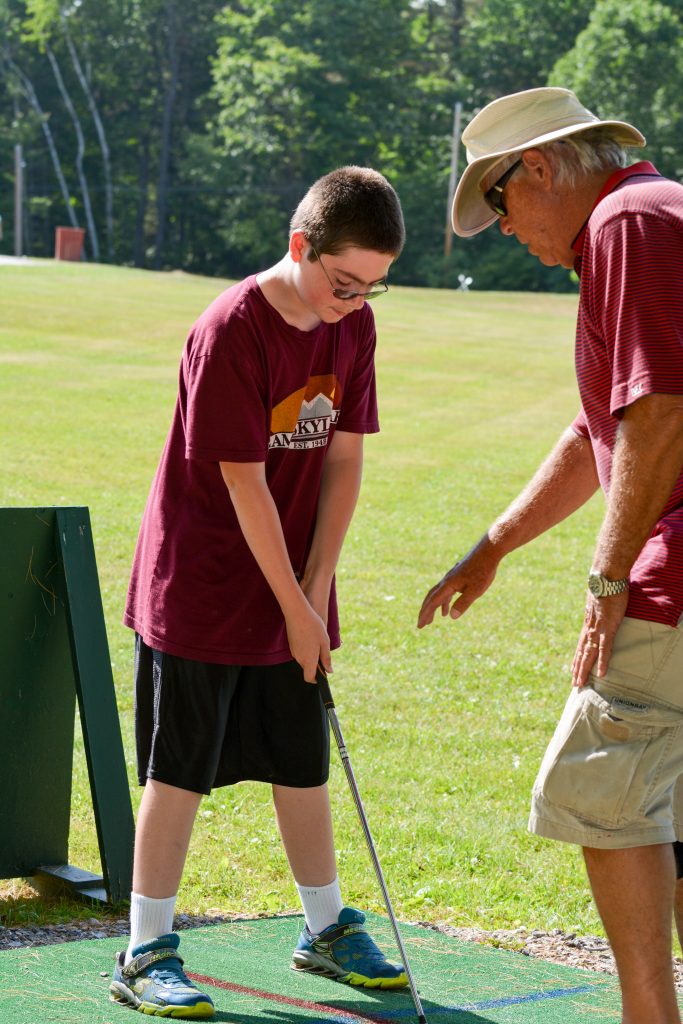 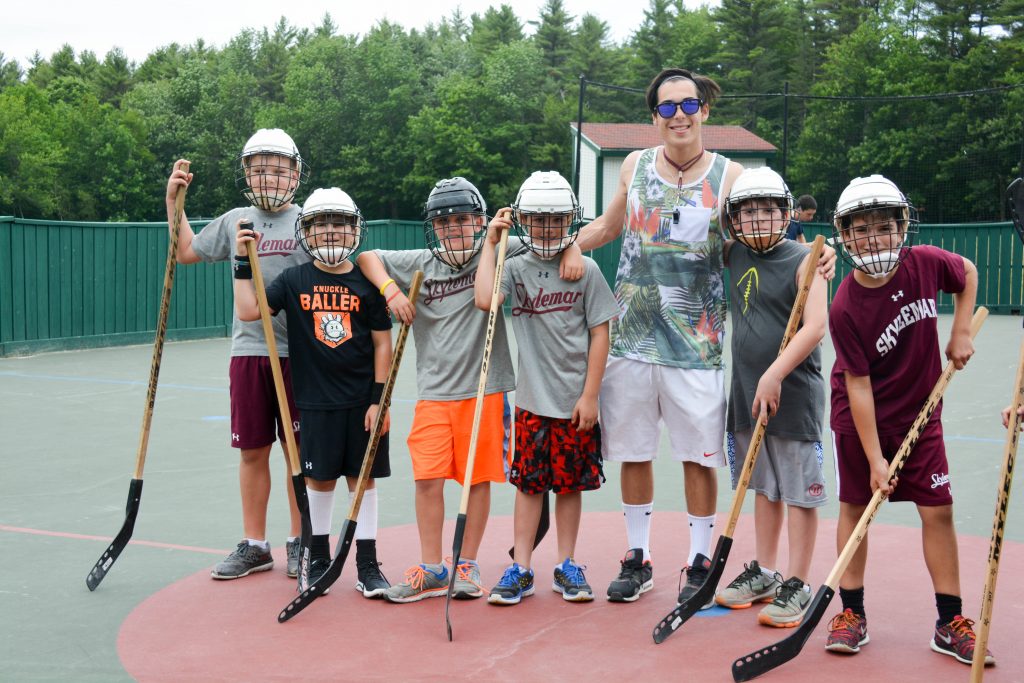 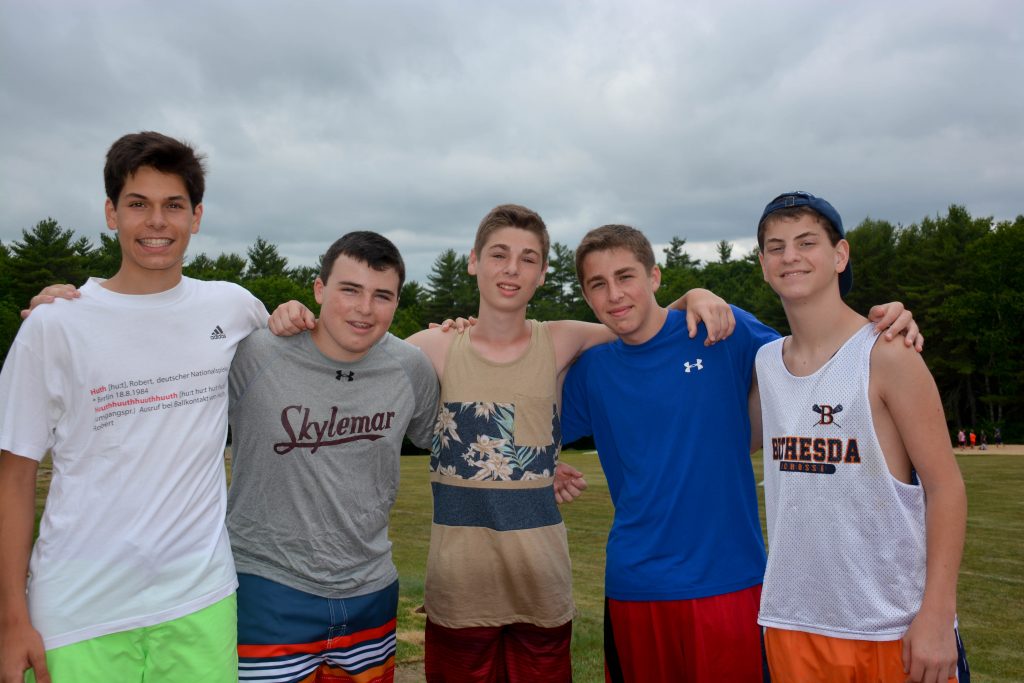 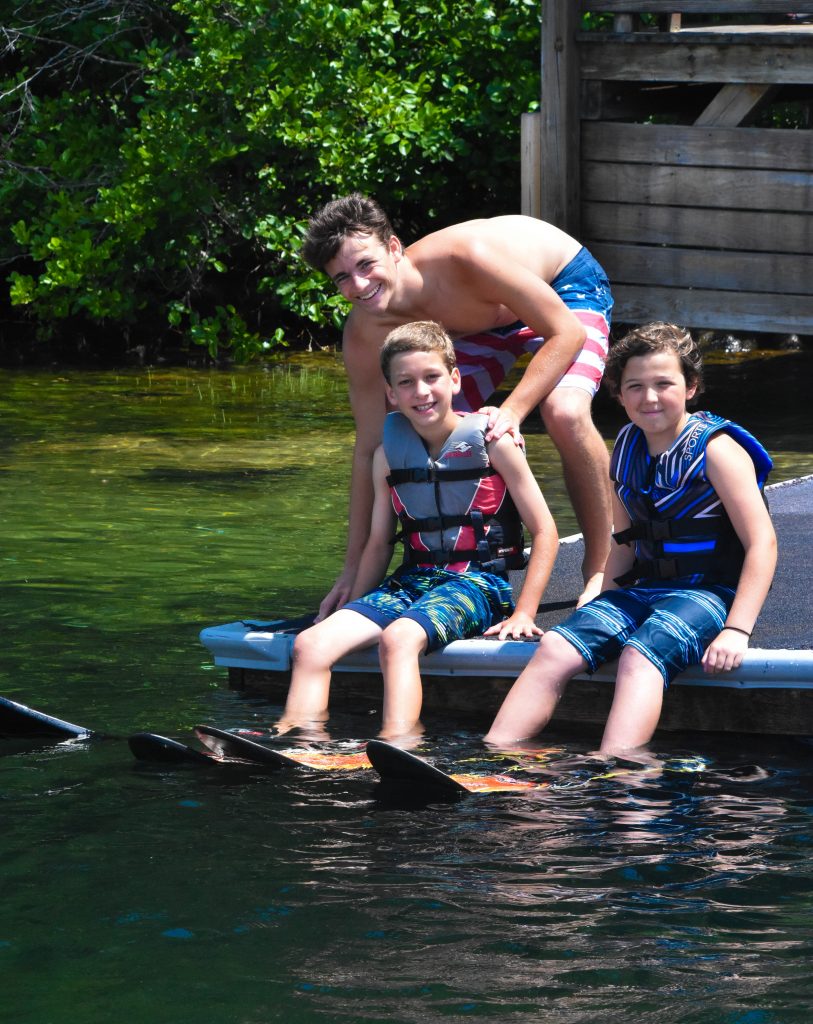 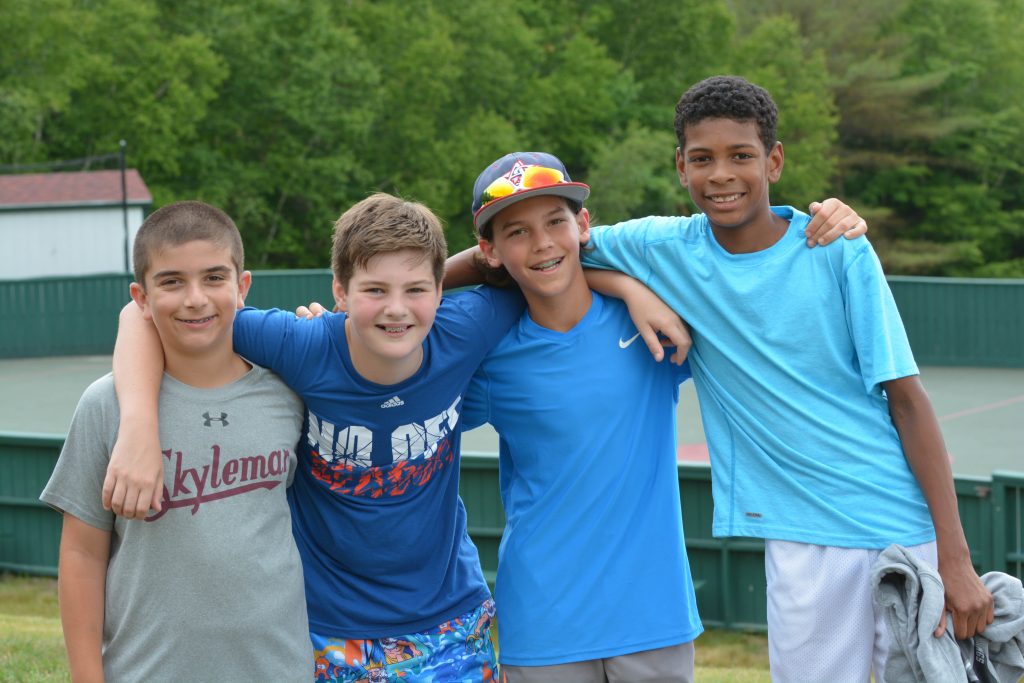 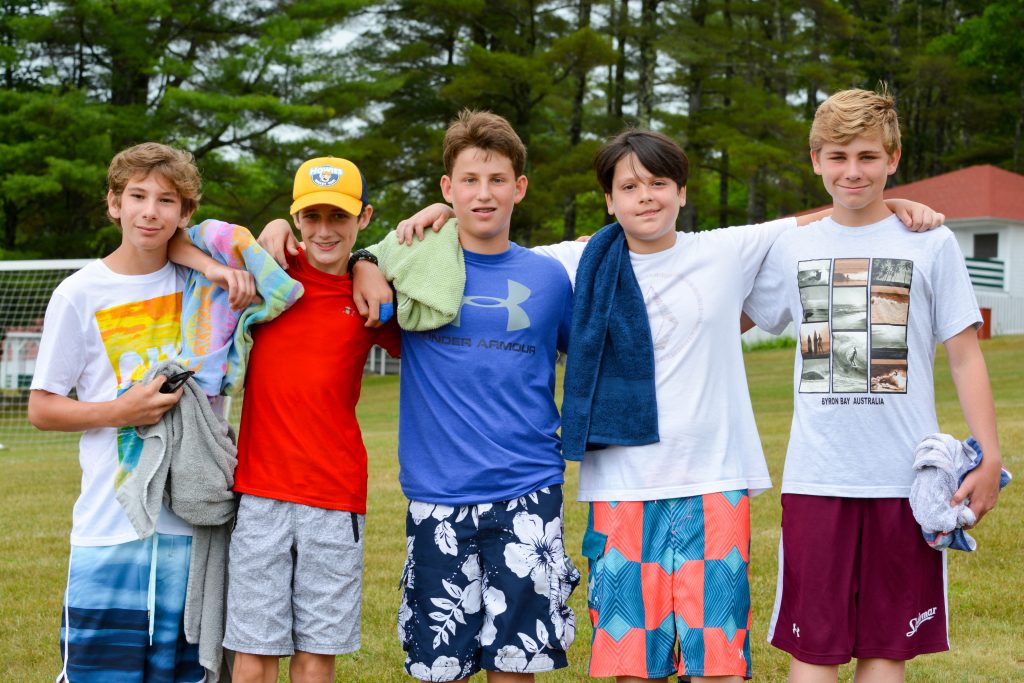 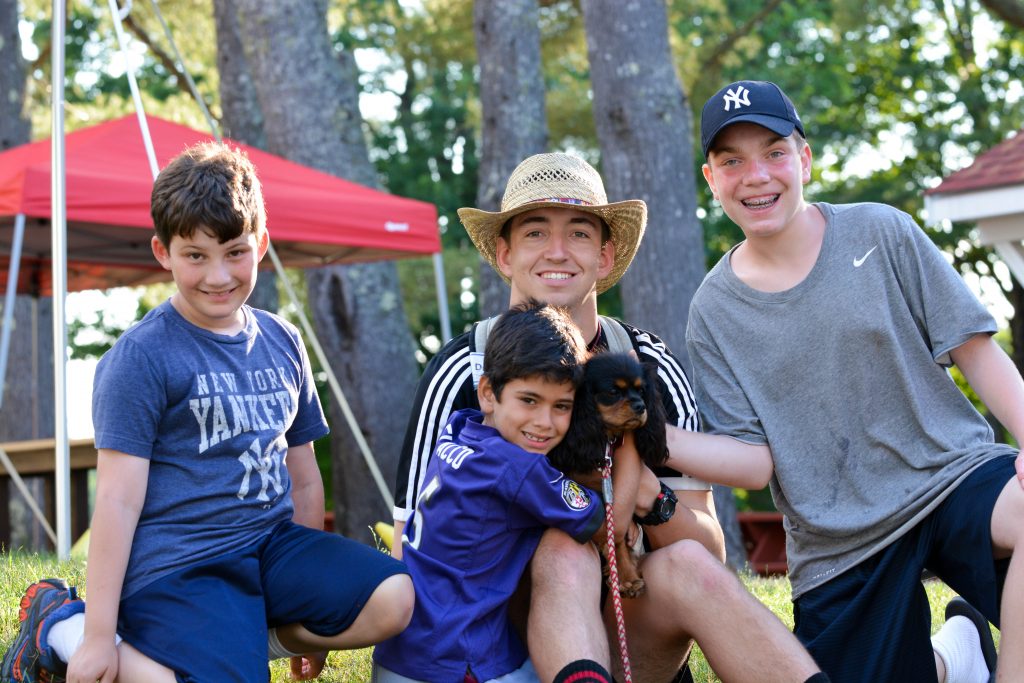 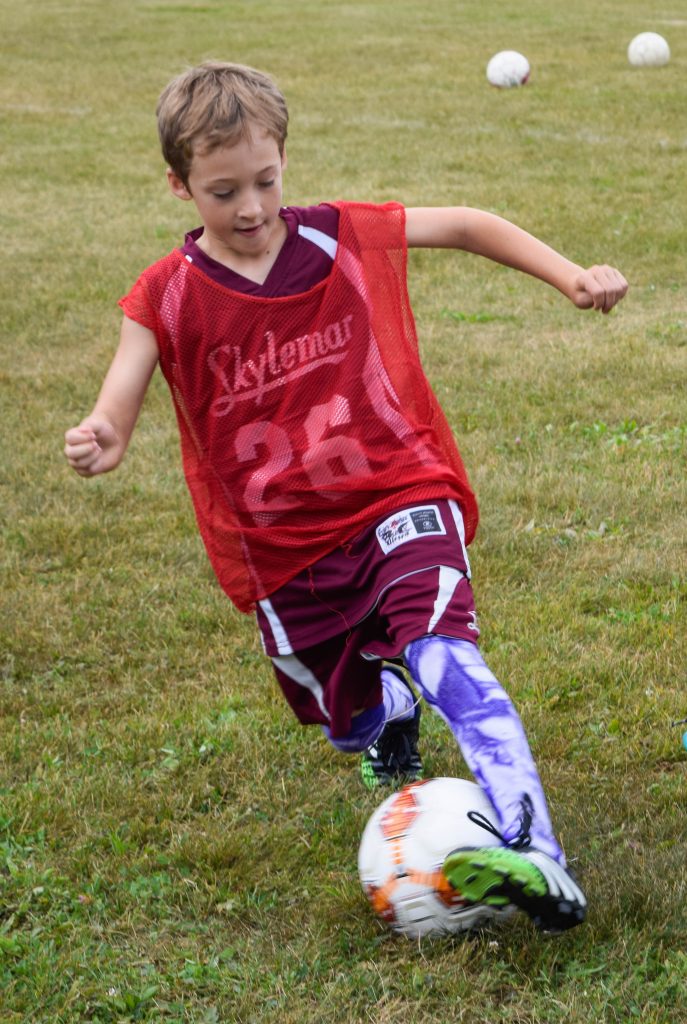 Fourth beautiful day in a row! Steamy hot and perfect for tennis, golf and hockey. Plenty of lacrosse, basketball, soccer and baseball too. Ropes course games, gaga and flag football. Volleyball, archery and ultimate Frisbee. It was a sun-block, water-break kind of morning and afternoon.

The waterfront was an ideal place for splashing, skiing, sunning and sailing. Kayaks, canoes and stand up paddleboards dotted the lake, along with new little round boats called Corcls. Peter and his amazing waterfront staff now have a good idea of the swimming ability of each camper, so let the lessons begin.

Three waterski boats were on the go. Two skis or one, knee boarding and wake surfing. Congrats to those who got up for the very first time. Caught a glimpse of Harrison G on the boom. Way to go!

First intercamp game of the 2016 season. U14 hoops were victorious, 33-24! The tone was set when Coach JBreezy announced, “We had a great time, but if we lost we would have had a great time too”. Gotta keep it classy and always have fun…win or lose.

“Situations” for Evening Activity. That’s when each cabin is given a scenario that’s creatively performed on stage. Only rules are that everyone needs to be included, and it’s not ok to make fun of anyone at camp. Celebrities and politicians are fair game.

Thought we may have been on to something when Bunks 10-14 were given this situation: The people are dissatisfied with the Democrats and Republicans and demand a third party candidate for the presidential election. Who will be their choice, and what is the name of the political party, and what will the candidate’s policies be?

Bunk 12’s Sawyer was a very convincing Donald Trump, and TJ was quite a Hillary Clinton. Not sure about Hillary’s hair-do, which was a pair of boxers worn on his head. Somehow Kanye (aka camper Rohan) became the third party candidate. The reporter asked, “What would you do in your first day of office?” “I’d build a wall around the White House”, said Trump. “I’d answer a few emails”, said Hillary.

It’s always fun to be on the Skylemar stage, since shows are focused on the performers, not the audience. In other words, it’s ok to giggle and laugh because the audience laughs along with you. Speaking of shows, we held auditions for the “The Little Mermaid”. Looking forward to seeing the cast list tomorrow.

“Skylemar will always top our list of experiences we consider a priority for our son’s childhood.”