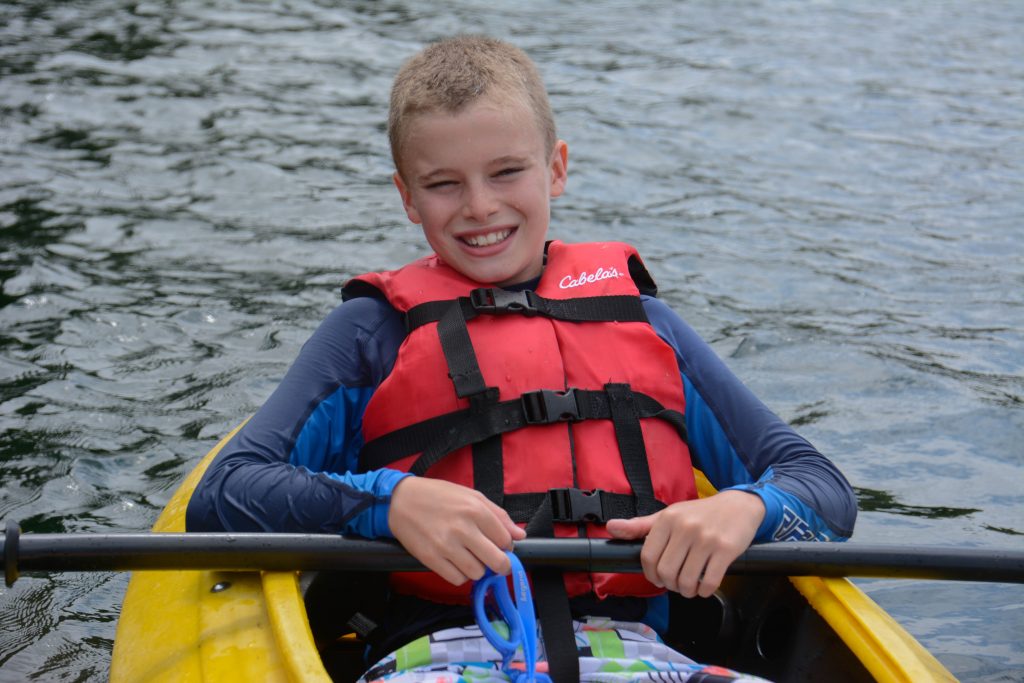 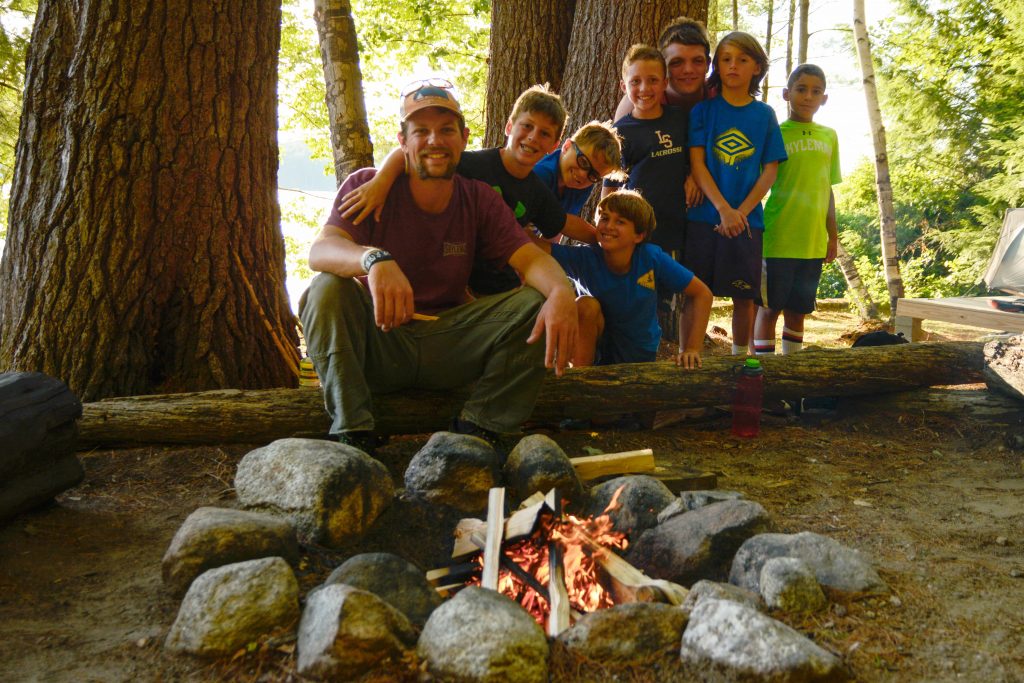 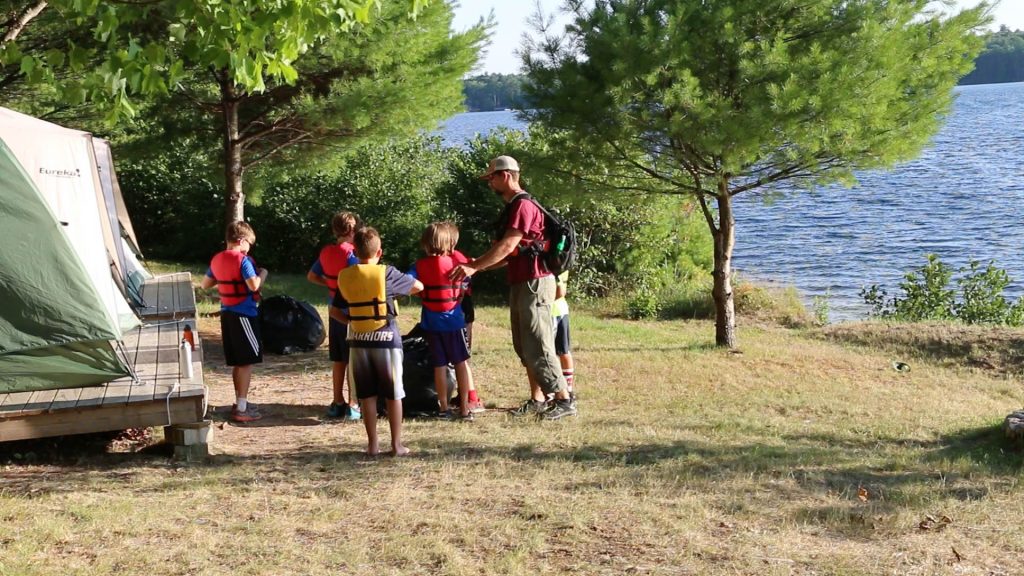 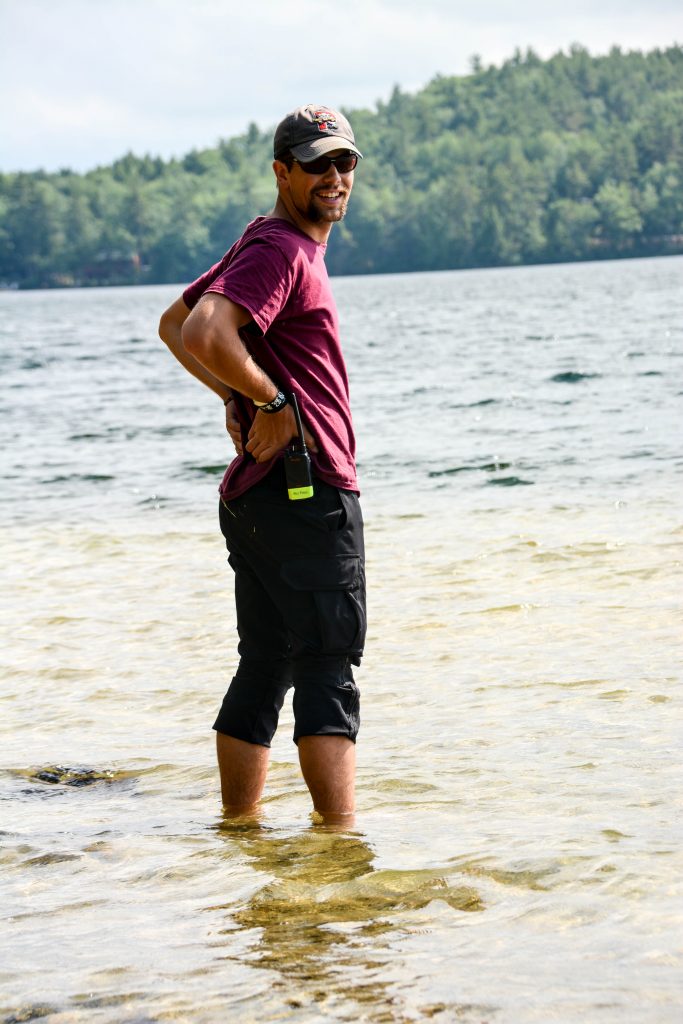 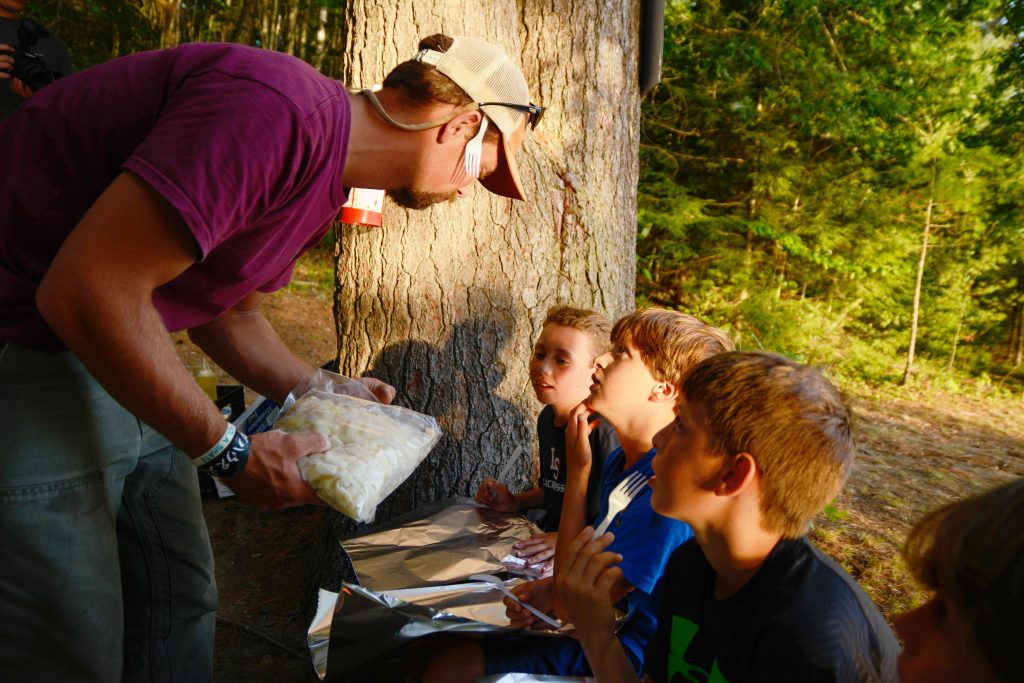 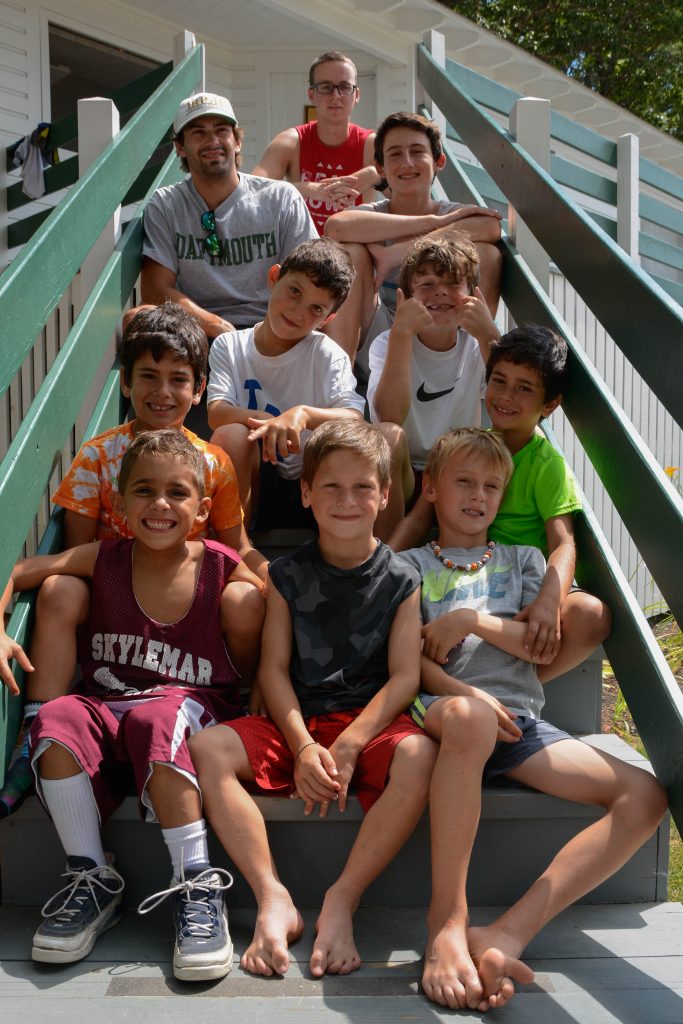 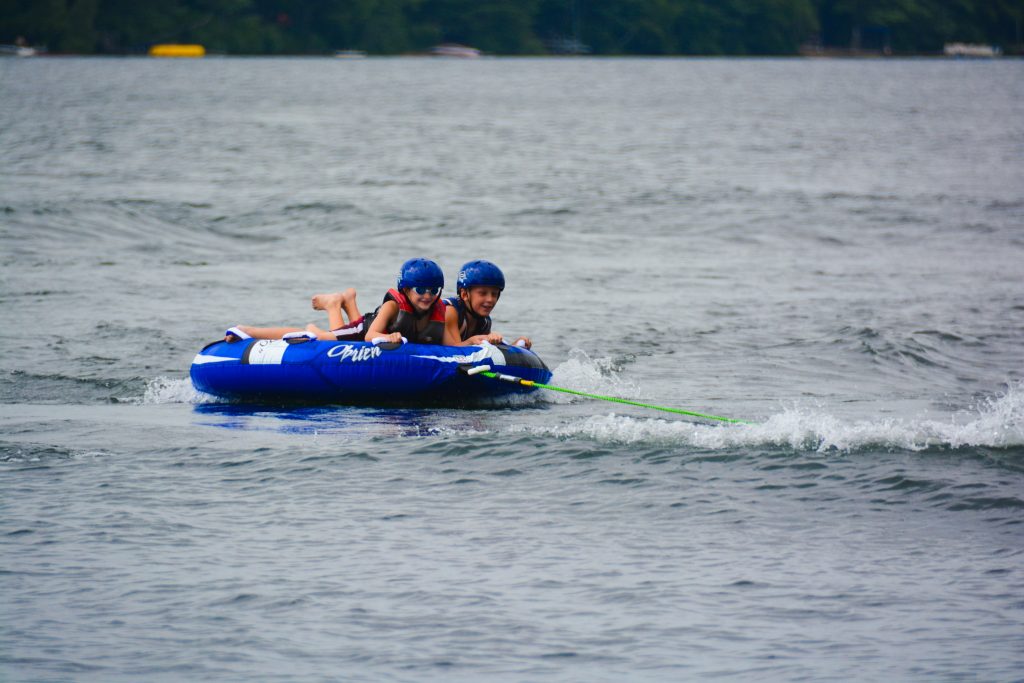 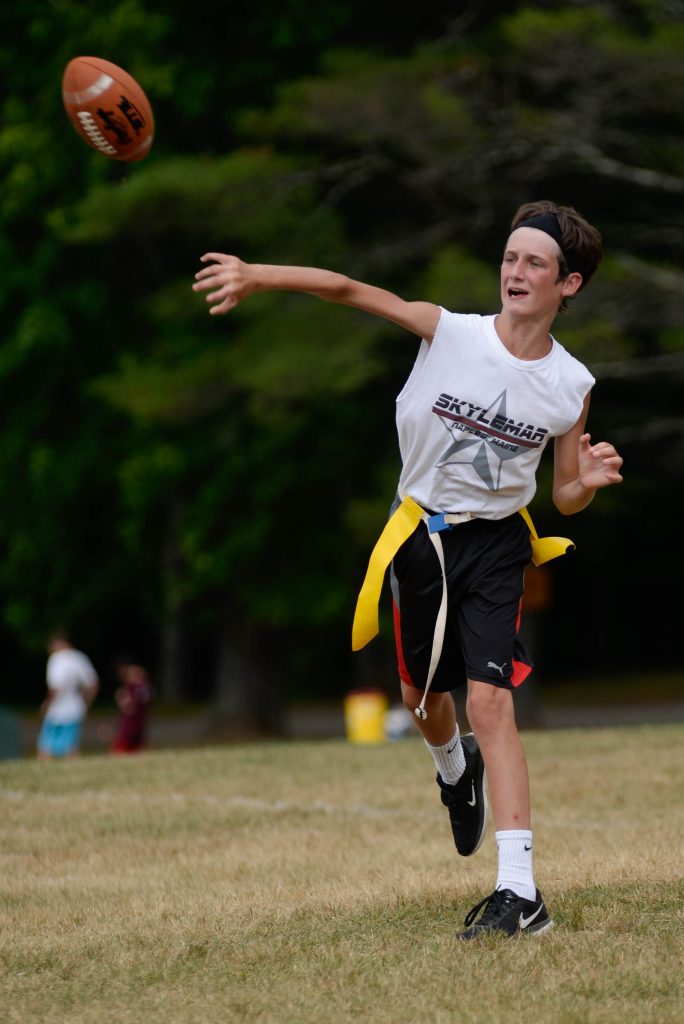 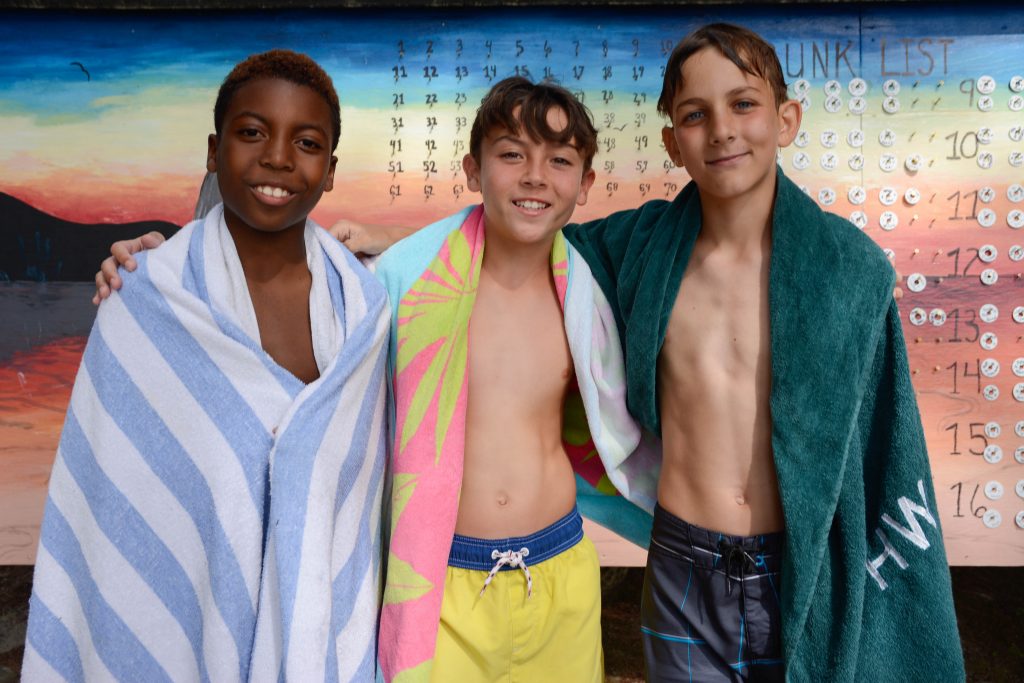 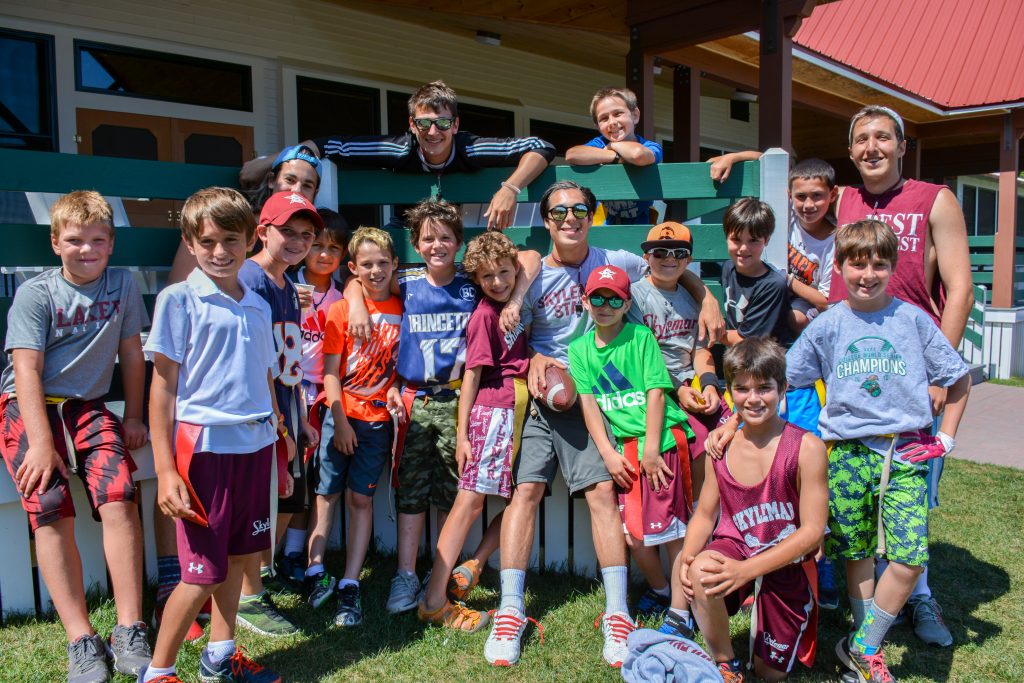 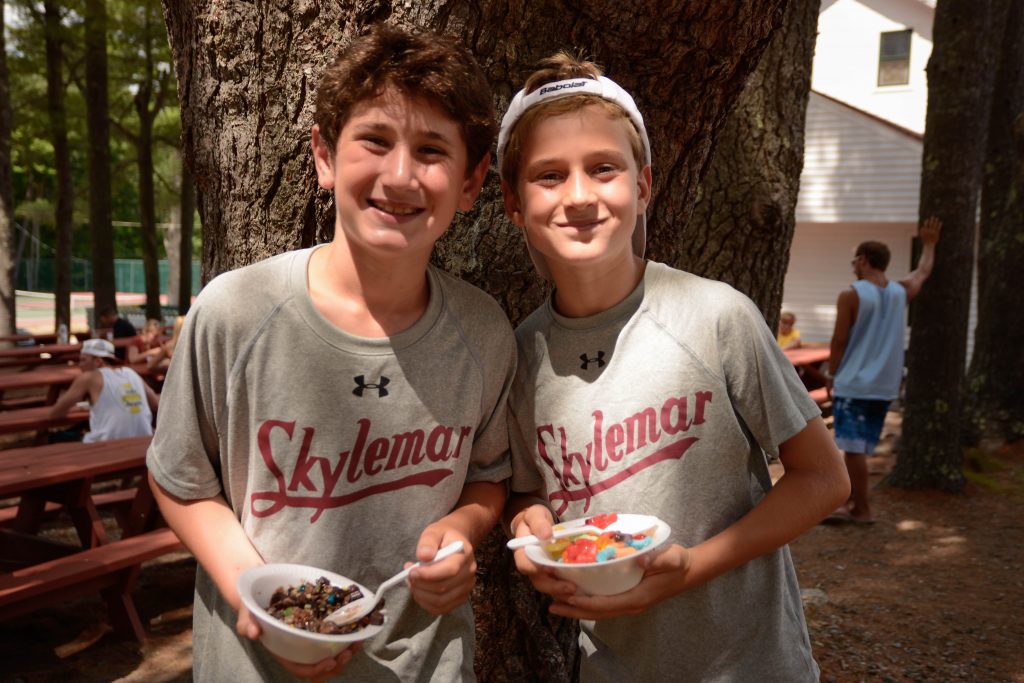 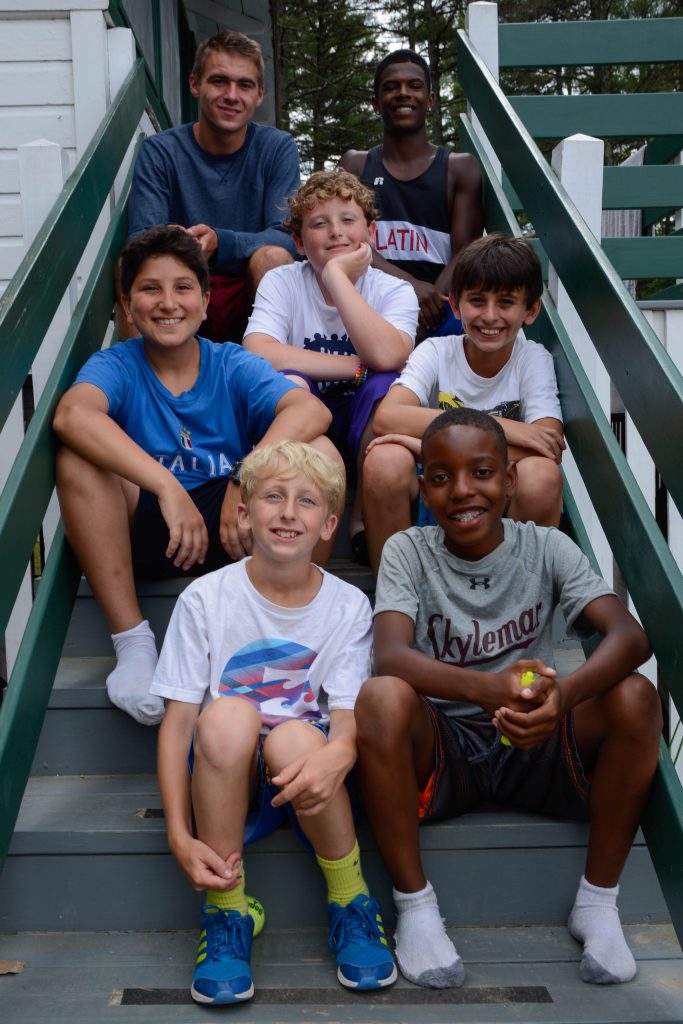 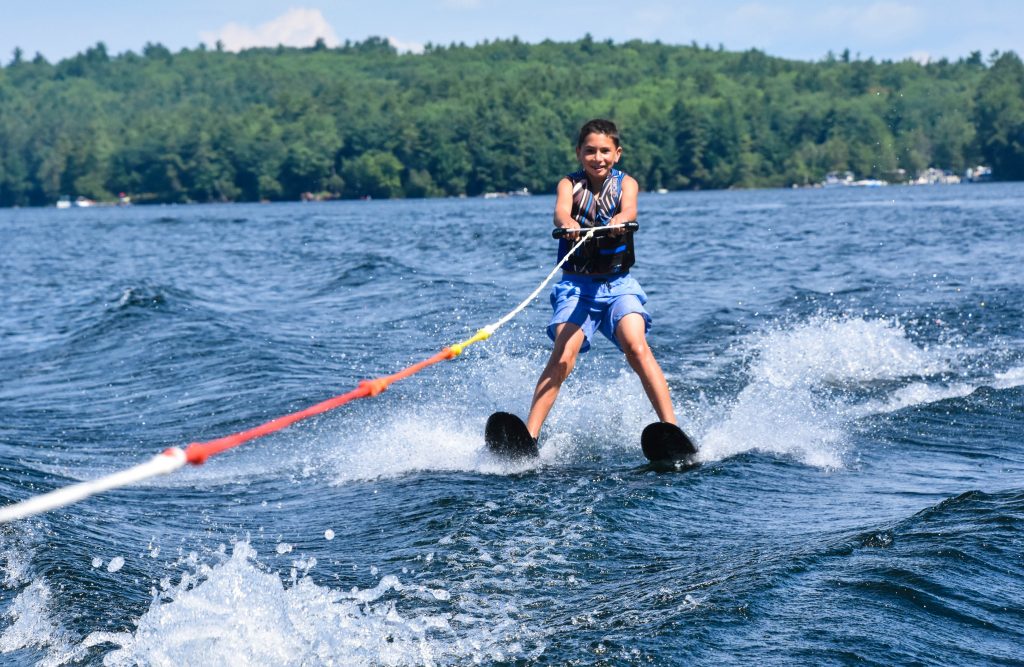 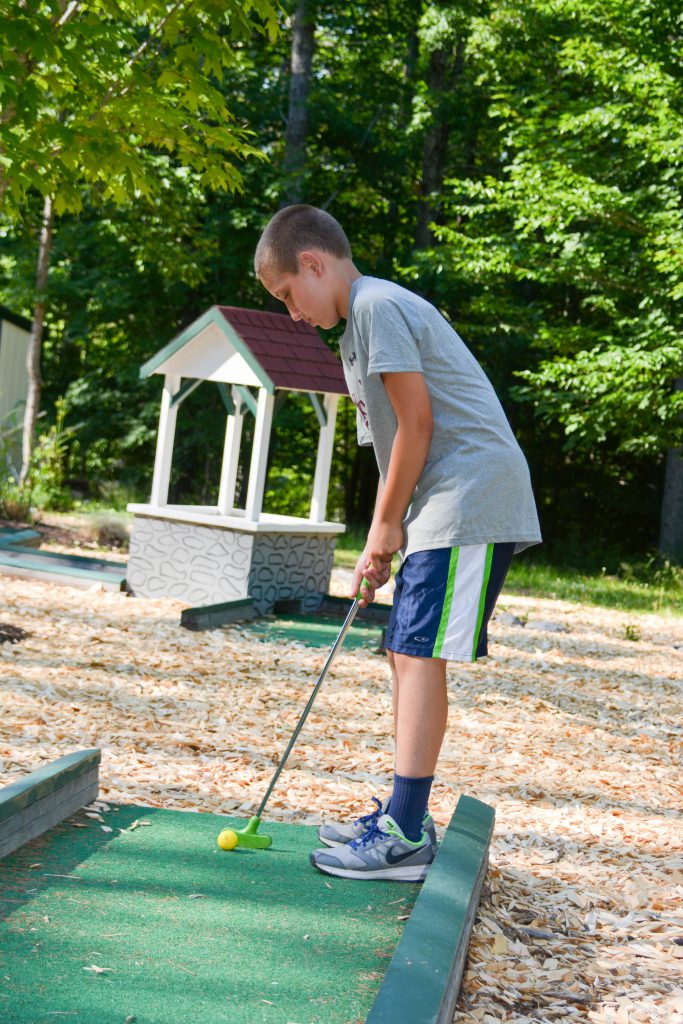 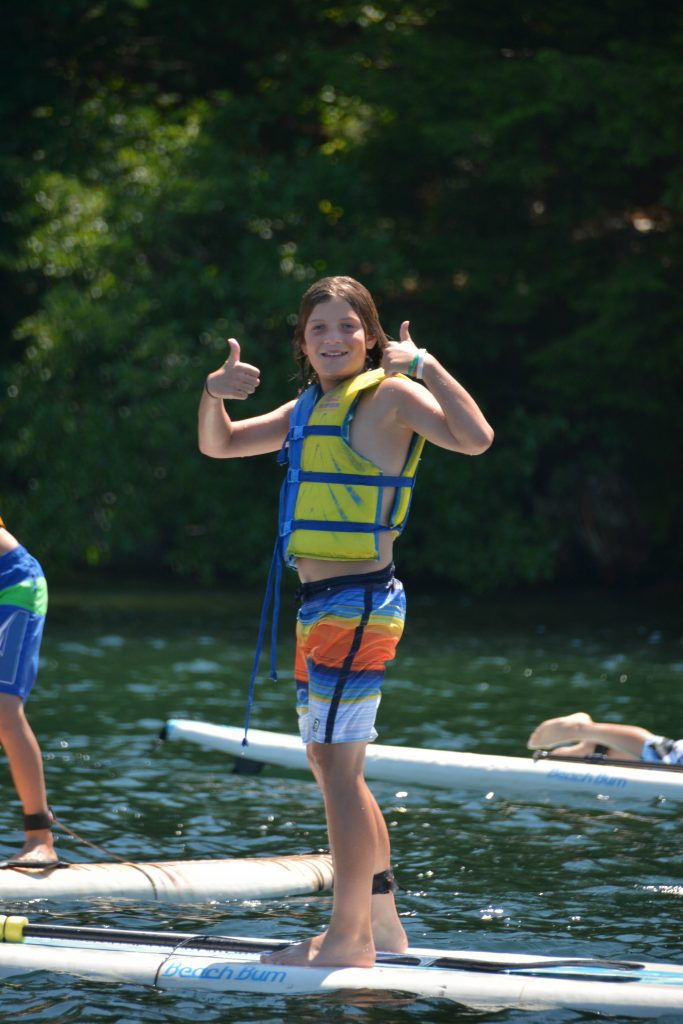 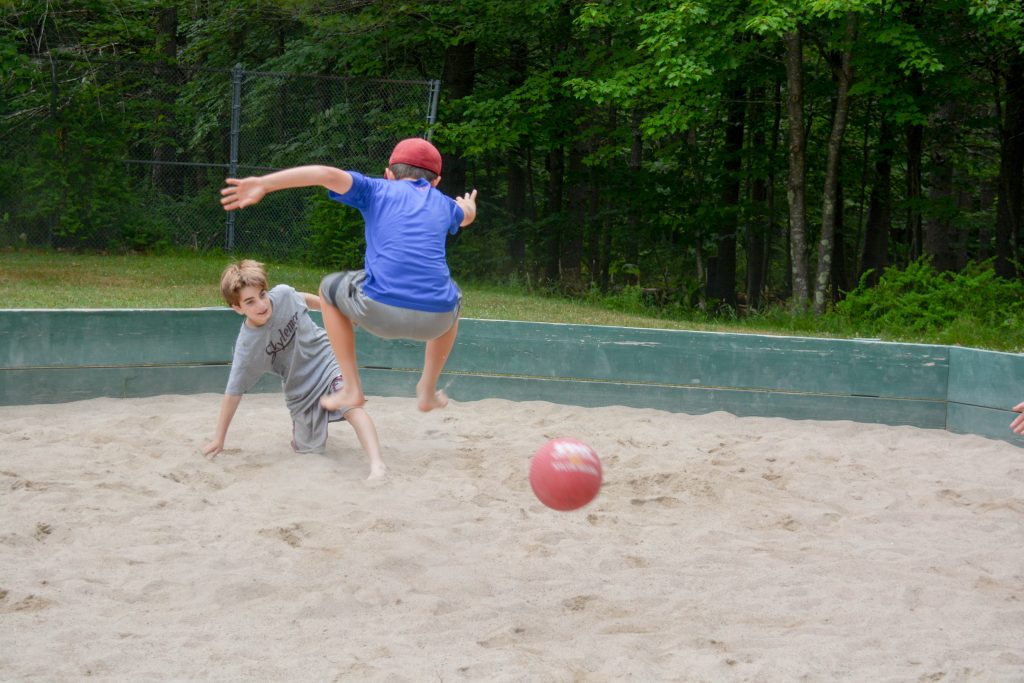 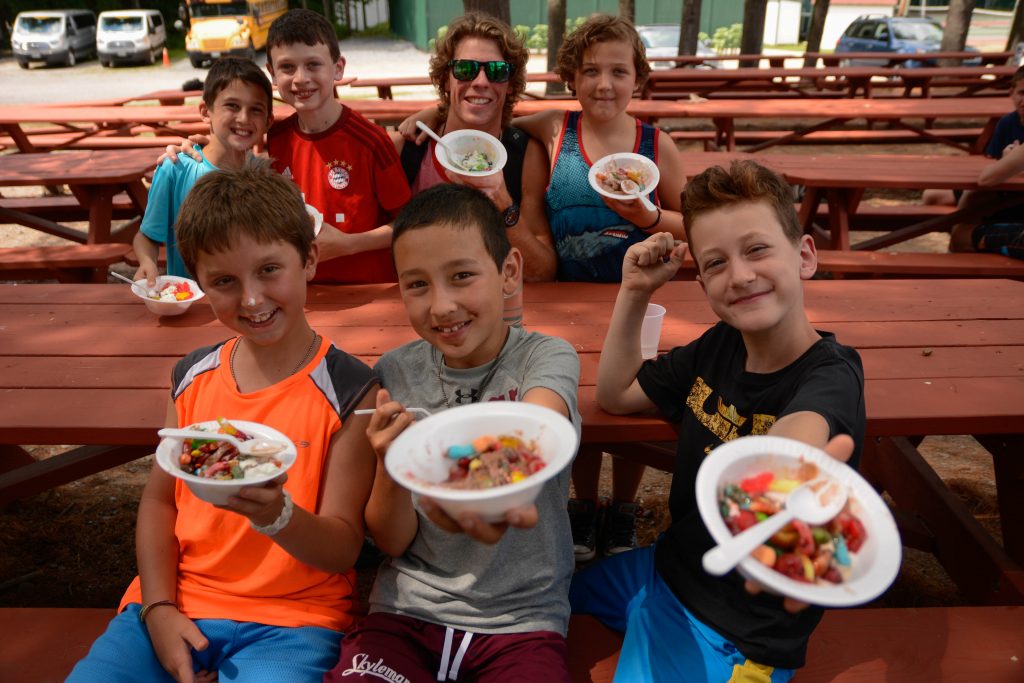 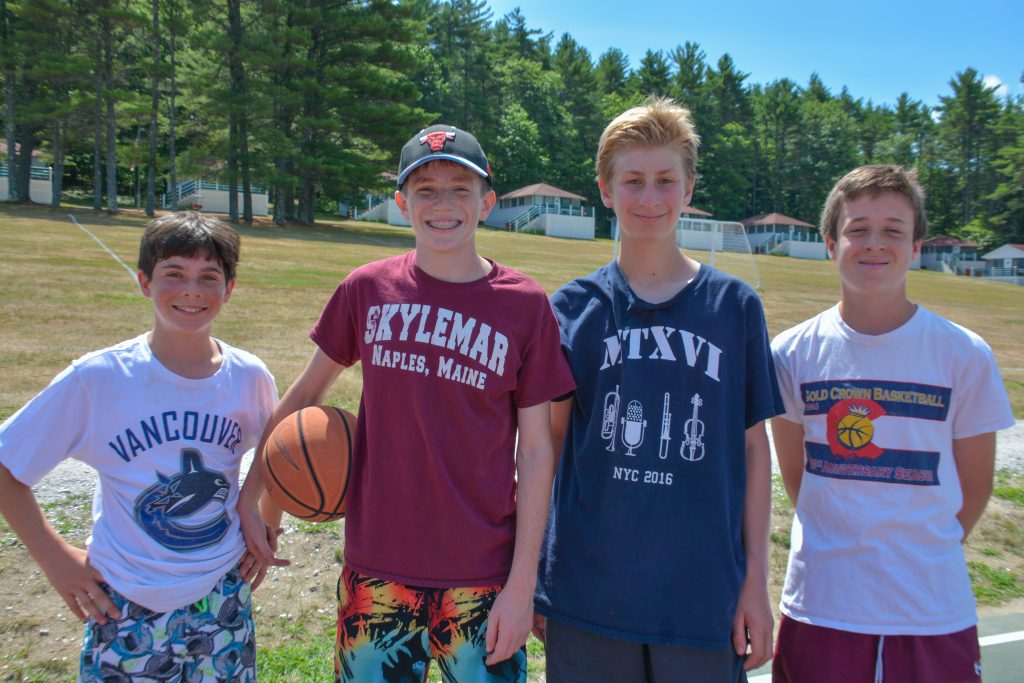 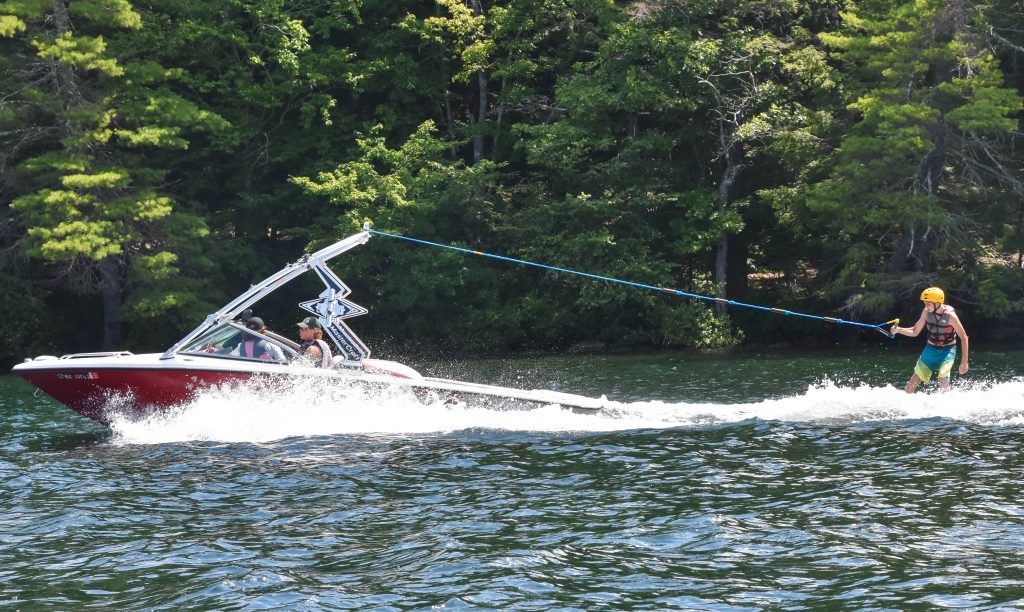 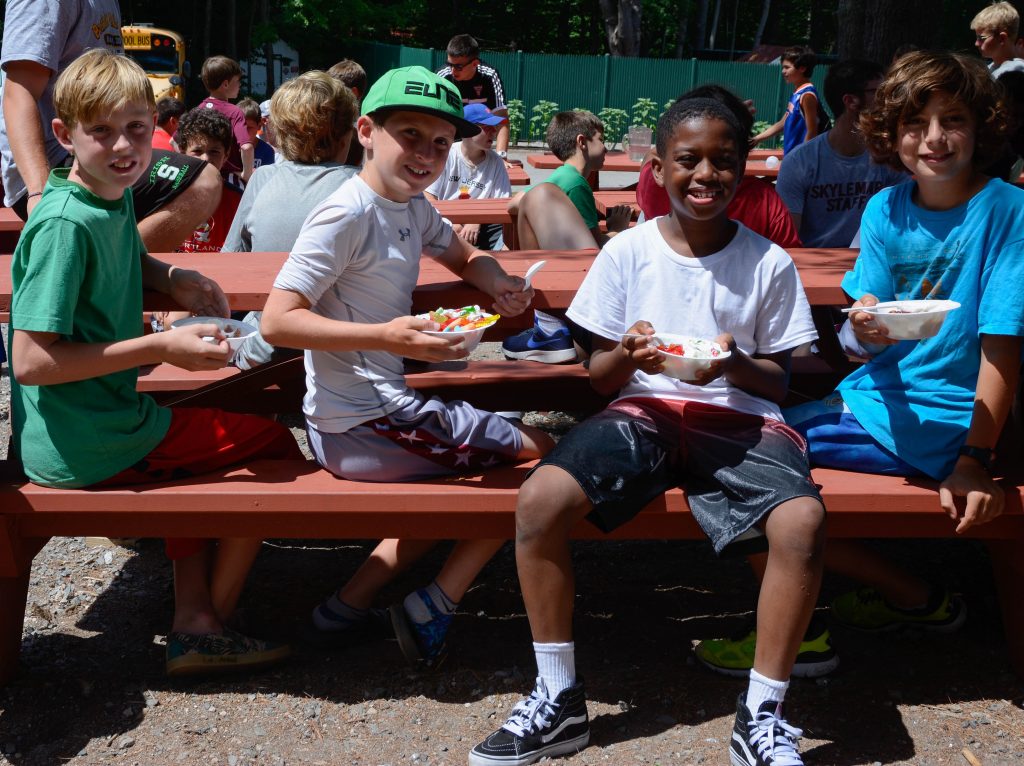 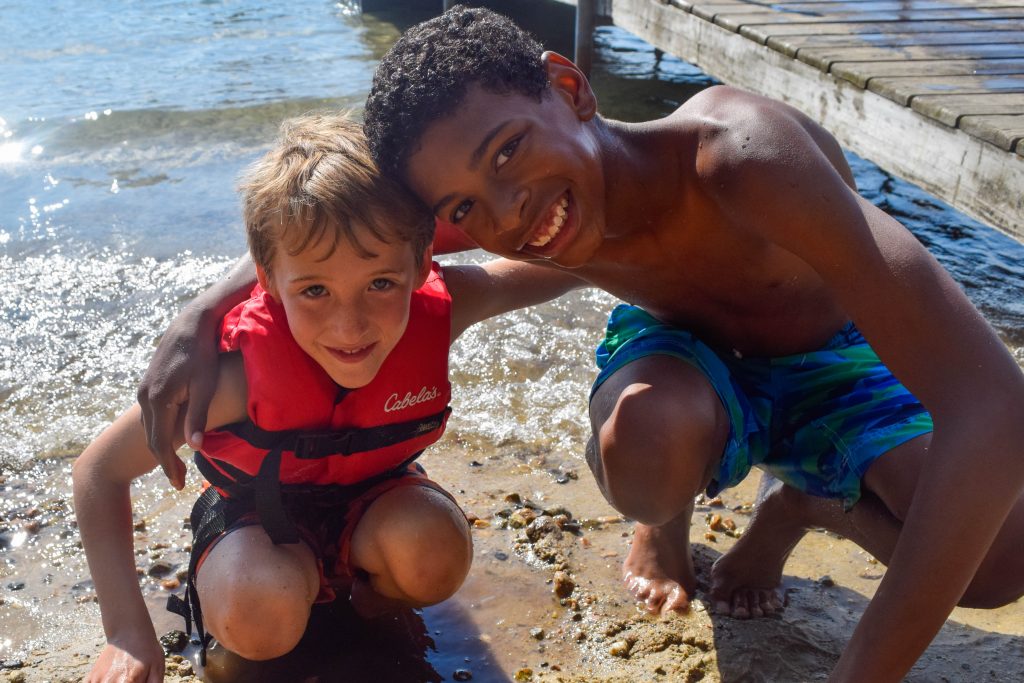 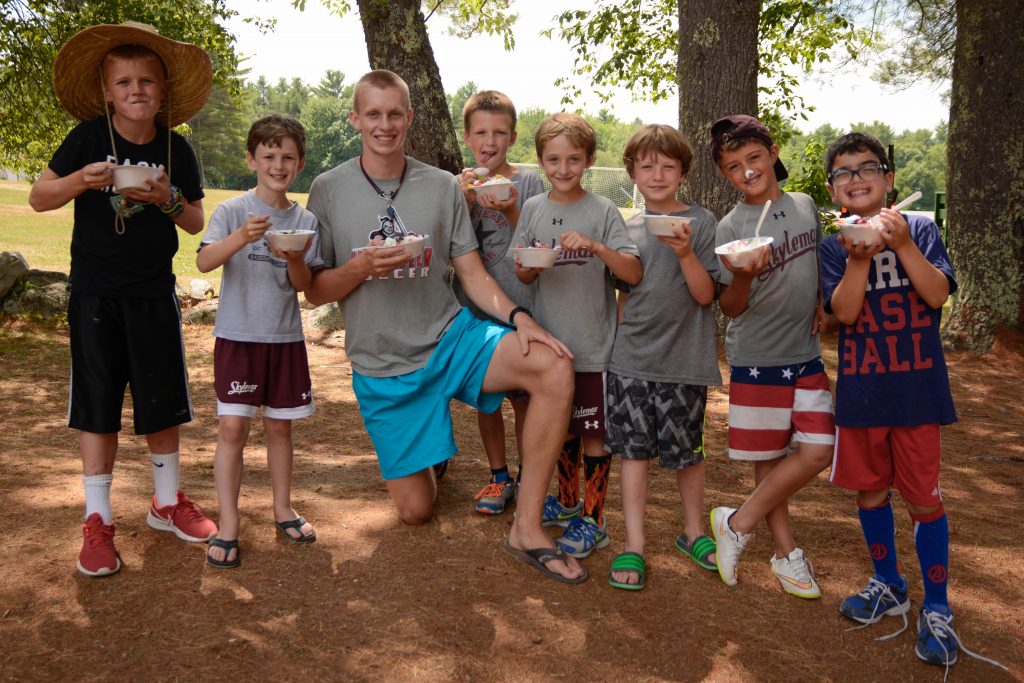 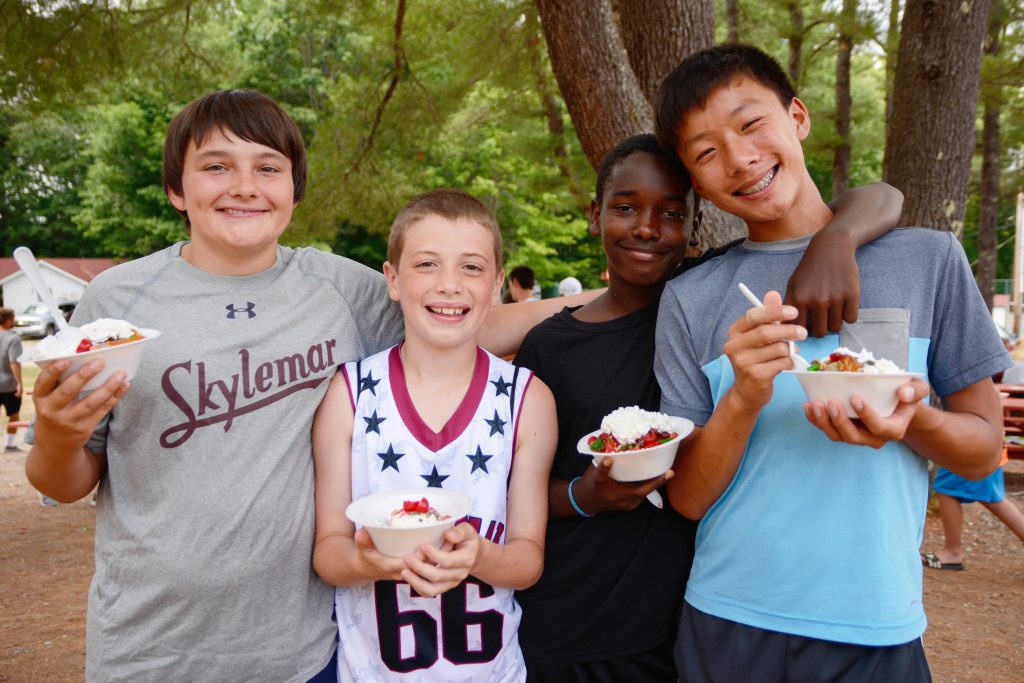 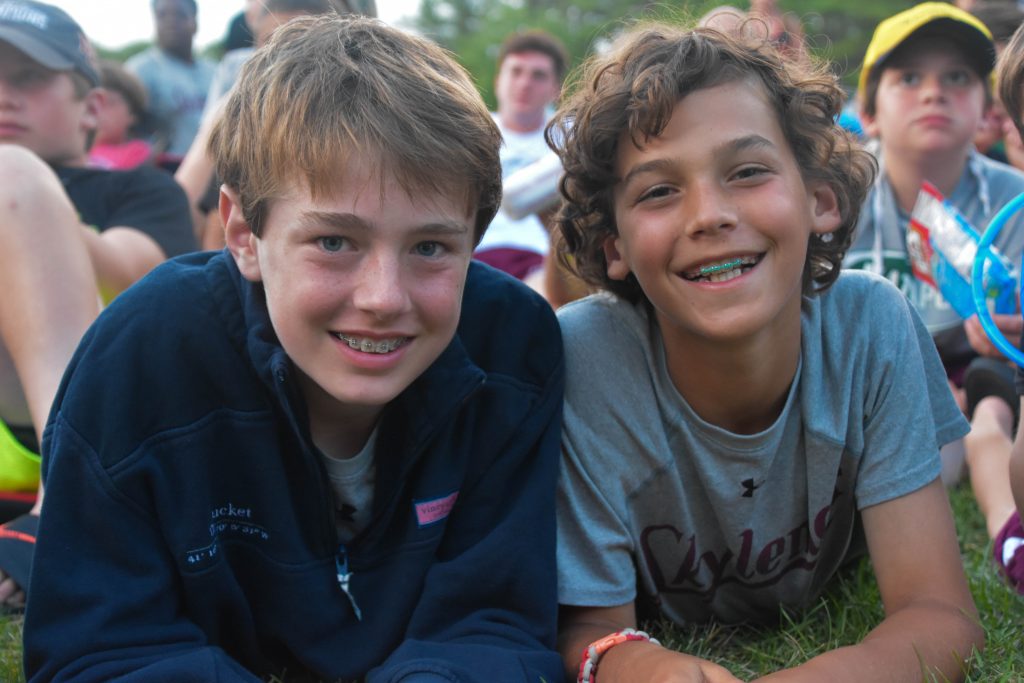 “WE HAVE SKYPINES!!”, they shout when seeing the schedule. It’s so much fun to be the lucky bunk that has an overnight at this magical spot at Sky II.

It begins at 6th period. That’s when Noah, Skylemar’s incredible Director of Outdoor Education, teaches you how to set up a tent. Once mastered, it’s time to collect gear for a night in the woods.

There are two ways to get to Skypines – by water or foot. When the weather’s optimal, it’s only about a mile paddle by canoe or kayak. Alternatively, we “bushwhack” through the woods. Once we’ve landed, Noah teaches the basics of campcraft. How to check for ticks and how to start a fire are two of the important points.

Hobo Pockets for dinner. That’s when you make a pocket of tin foil, add what you wish, like beef, chicken, vegetables, spices and a little oil. In the fire it goes, (yup, in, and not on) and it’s just about done after the beautiful sunset. The colors are stunning over the lake.

A perfectly cooked dinner is inside that pocket. No pots, pans or mess. Try that at home! Dessert starts with a Chocolate Hunt. Find the hidden candy and s’mores for all. Storytelling and good conversation around the campfire, then into the tent for a good night’s sleep.

We wake at sunrise to the smell of bacon sizzling in a cast iron skillet. Noah’s a fantastic cook. Breakfast is his famous “Egg Bake”. It’s pan-fried potatoes with peppers, eggs on top, bacon bits and cheddar cheese.

Once the site is cleaned and gear packed, there’s time for one more special treat. S’mores toast. It’s chocolate on bread, eaten like a taco. We make it back to Sky I in time for a shower and then inspection. Thanks, Noah! Can’t wait for next time!

It was a “sweet” one at Skylemar. As you know, there was an over-abundance of treats brought in at last Saturday’s Visiting Day. Enough was enough, so the kids were told we’d be collecting the rest for the Food Pantry at the local church. We’ve volunteered at the Food Pantry before, and had seen how happy the needy children were when they saw that candy was available alongside canned goods. This was mentioned to the Skylemar guys, and here’s what happened:

As we stopped by each cabin with the charity box, the kids eagerly poured in whatever they had. If they didn’t have but a stick of gum they were trying to put it in the collection box. When given the opportunity, Skylemar guys are more interested in giving than they are in getting. All we have to do as adults is keep putting those kind of opportunities out there.

One more about tonight:

We just about had the Blow-Up Carnival tonight, but a thunderstorm got in the way. The giant once-a-summer, make-your-own-sundae buffet helped to soothe the disappointment, and we'll have the blow-up attractions out in the morning.

Instead we played the game, "How Well Do You Know Your Staff". Counselors filled out forms that asked unique questions, like the name of their college and interesting facts about themselves (favorite cheese, for example). Shep read off random facts, and each cabin had to guess which counselor he was describing. The music was super great during the game so there was lots of singing and dancing. Part of the scoring included "dance-offs" between bunk representatives. Congratulations, Tyler M of Bunk 7, for being Skylemar's best dancer!

“According to my son, “I can’t imagine me without Skylemar.””