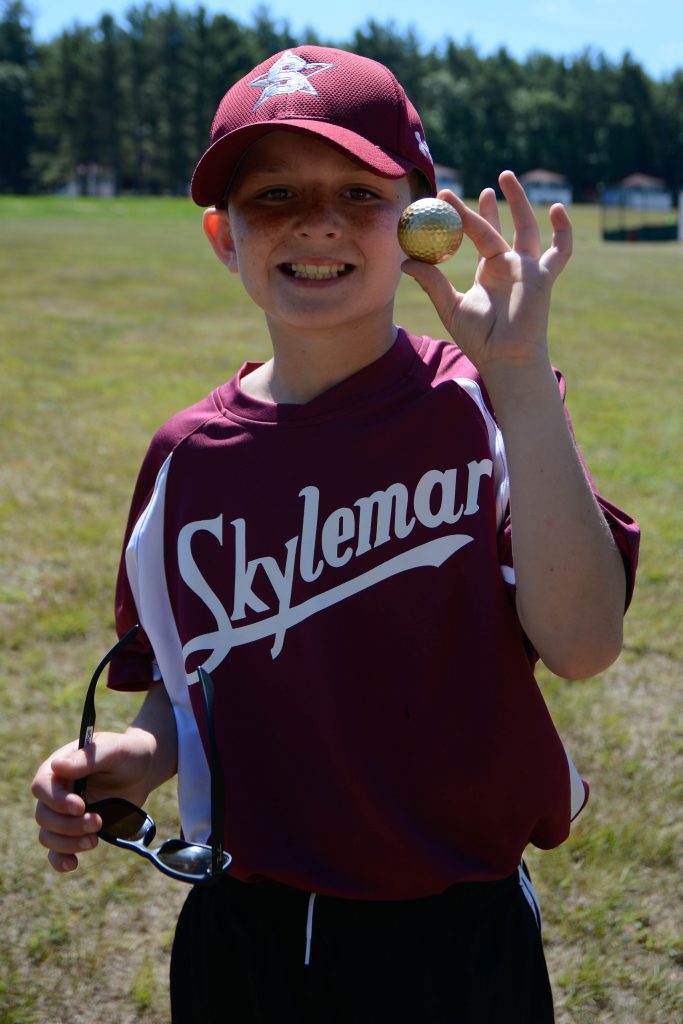 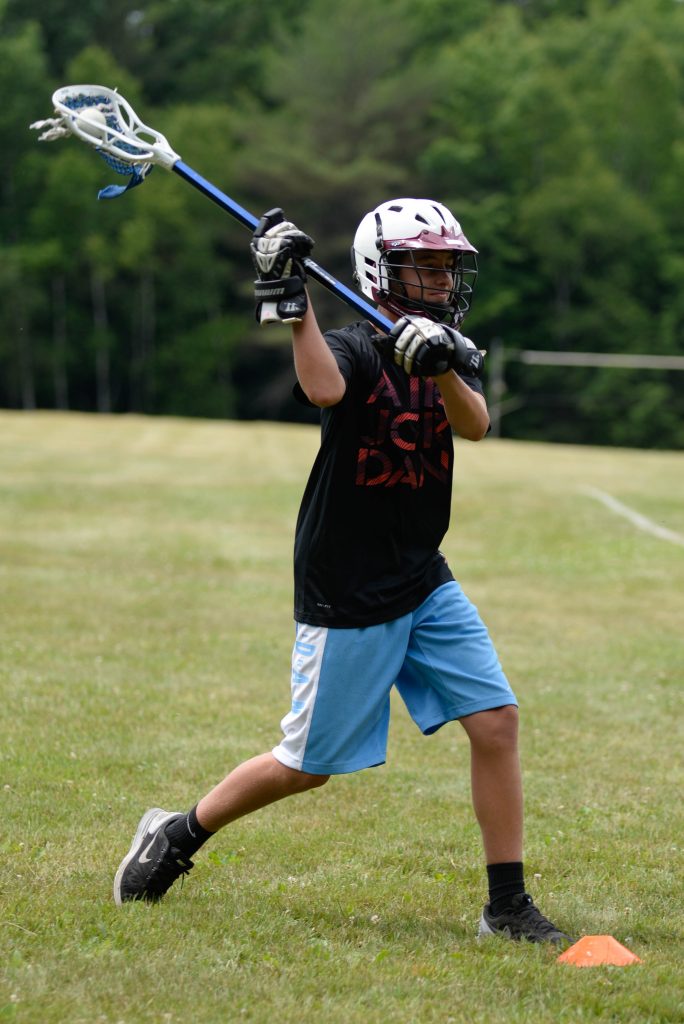 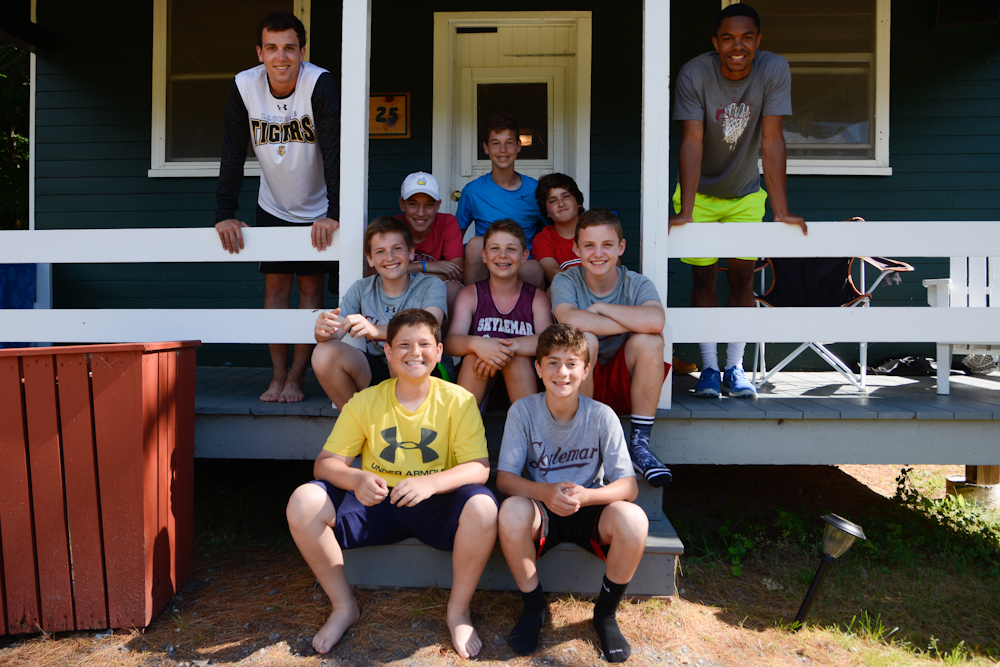 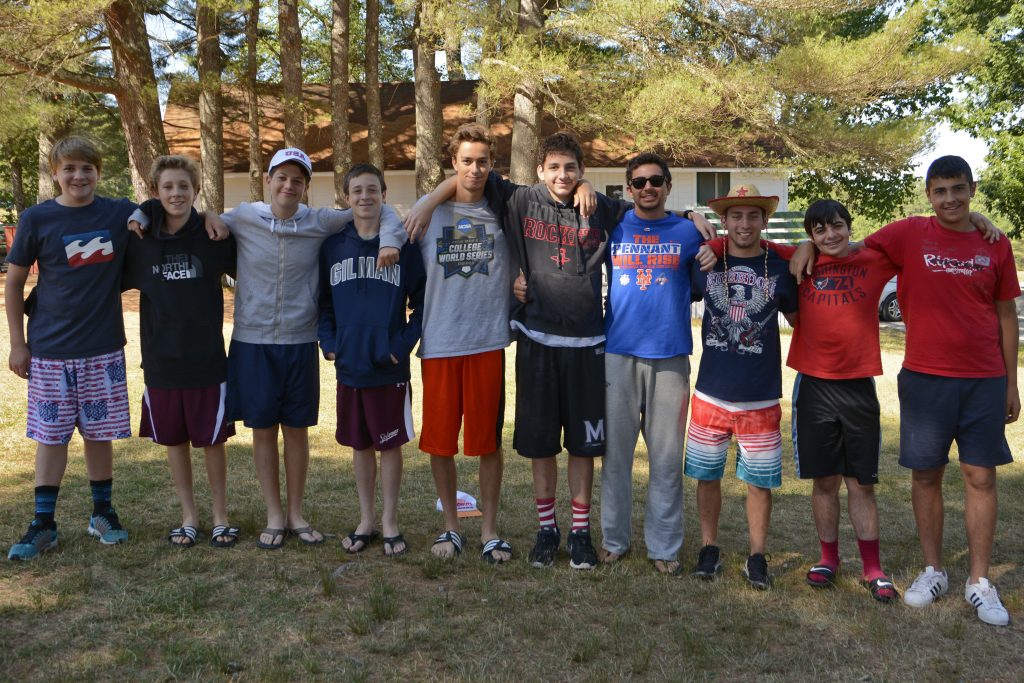 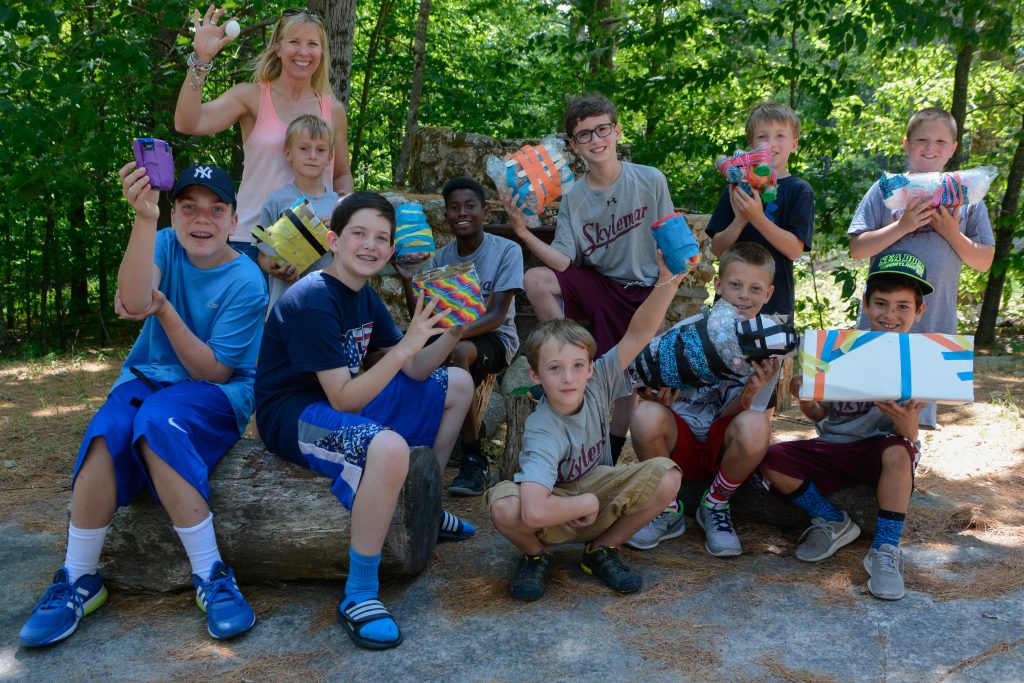 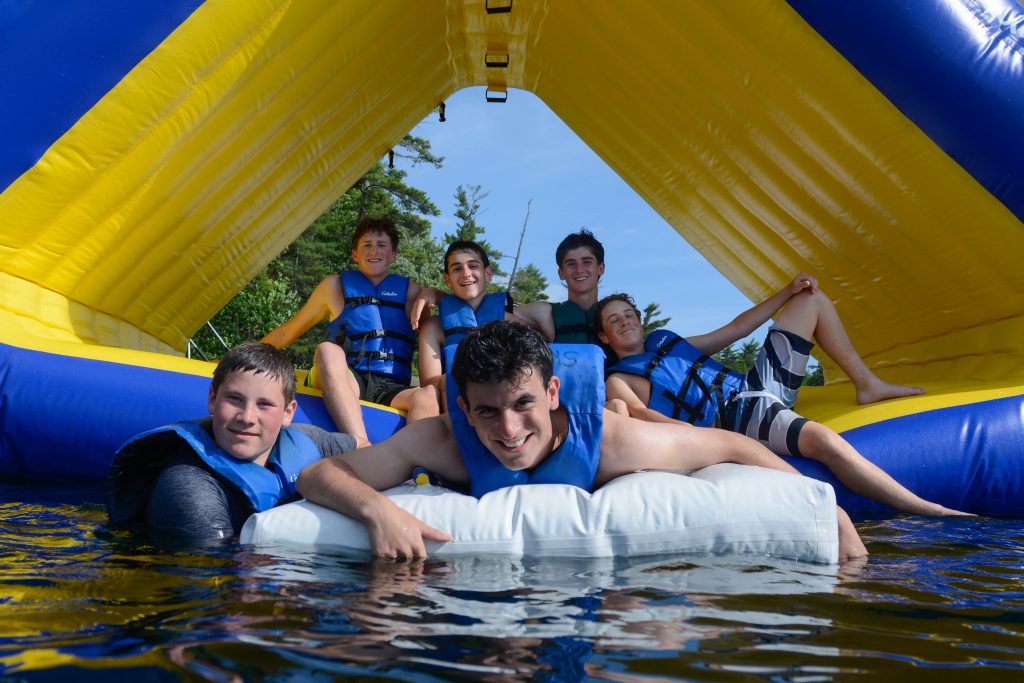 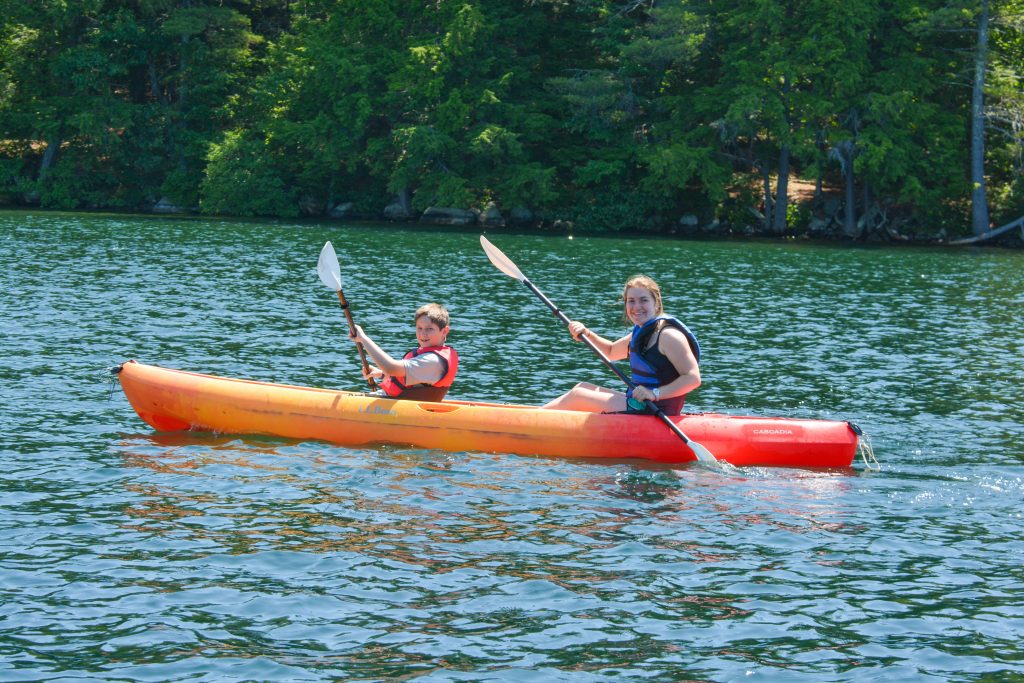 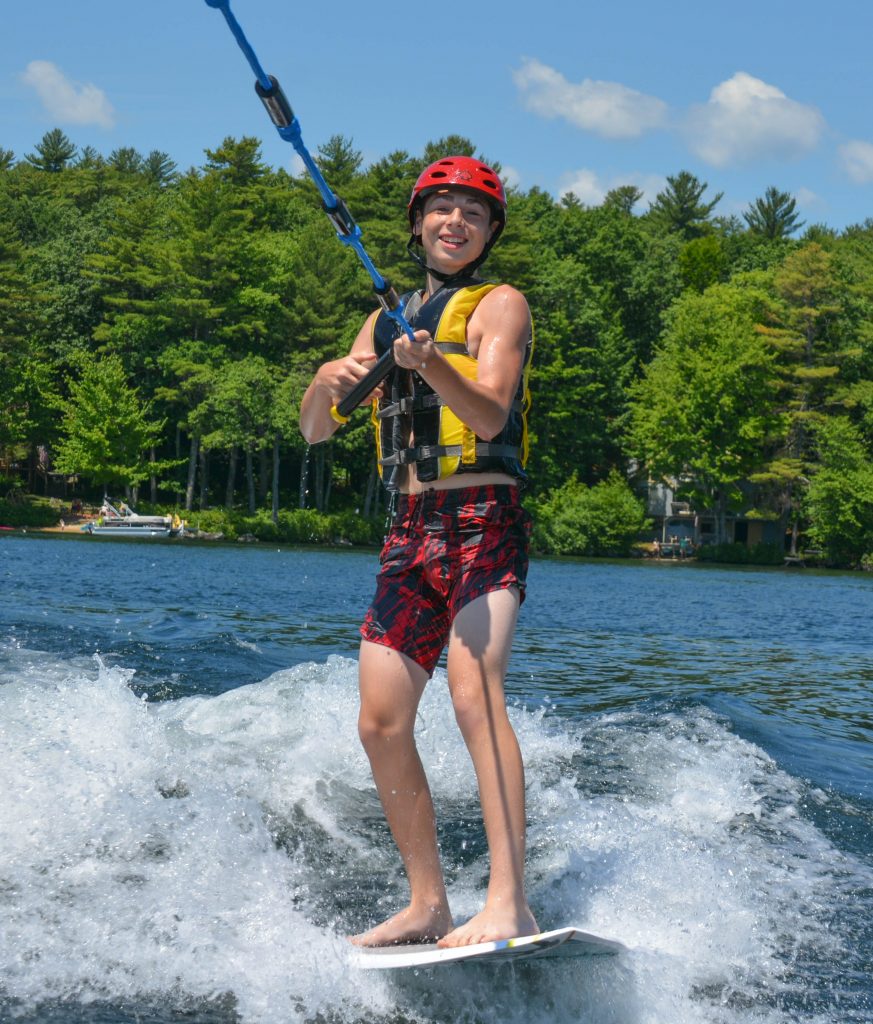 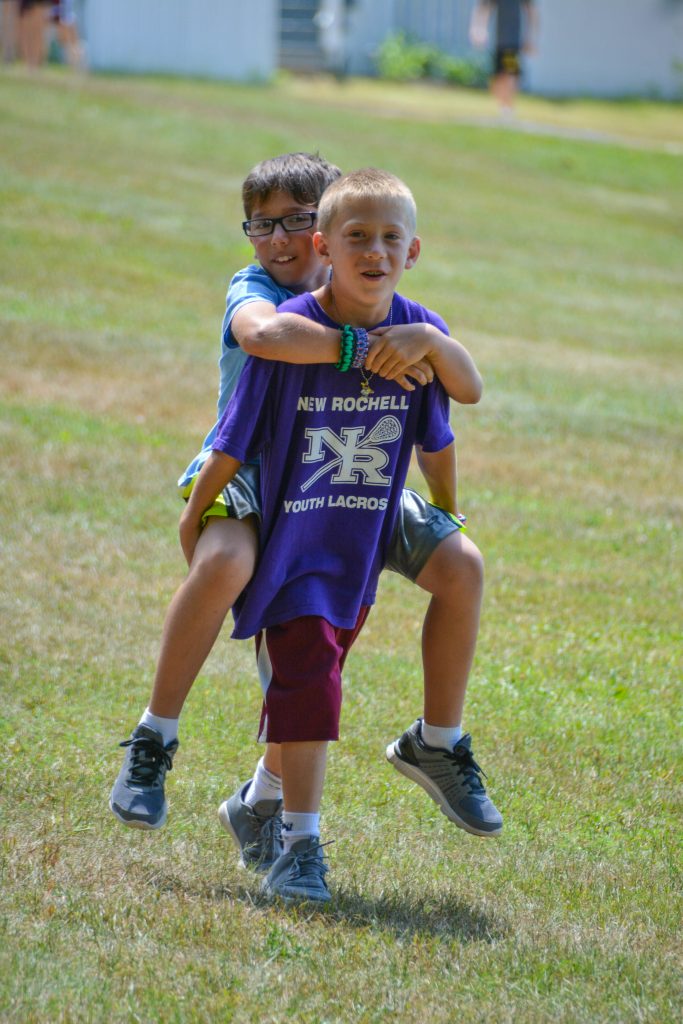 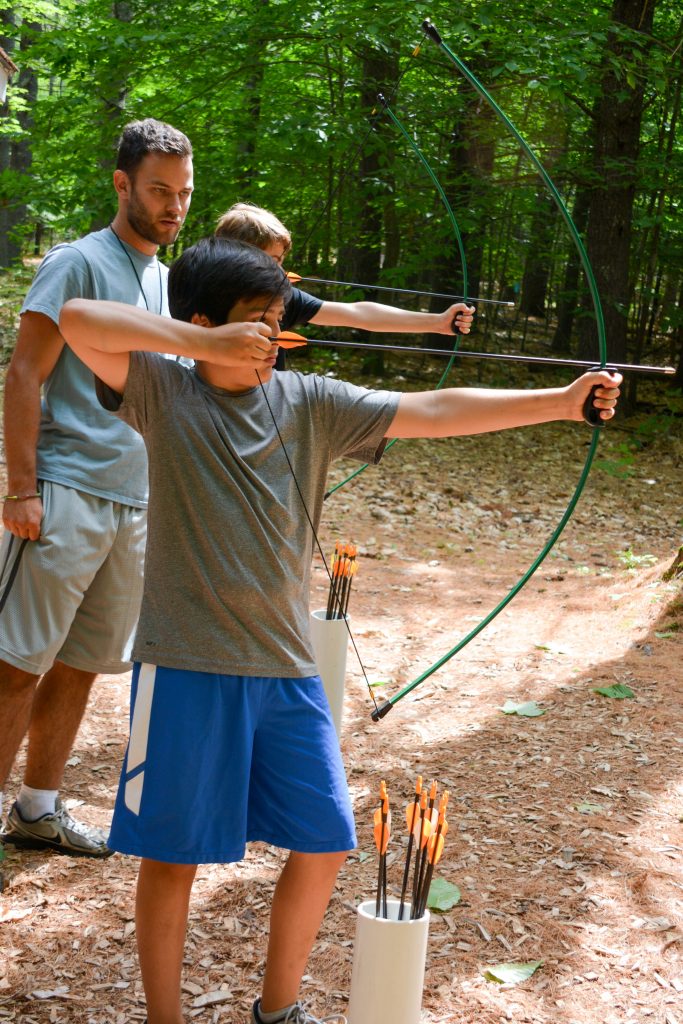 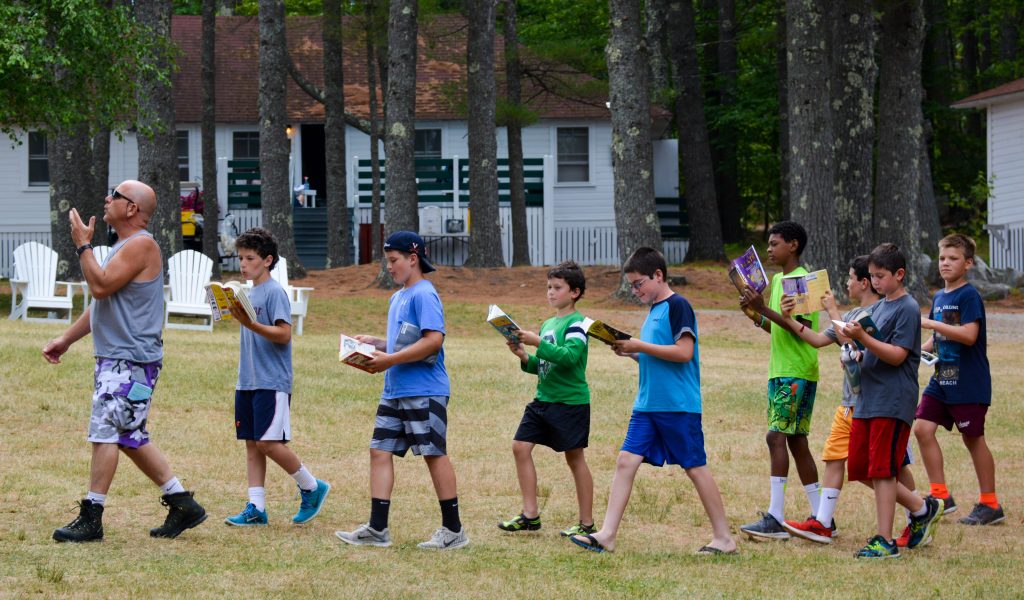 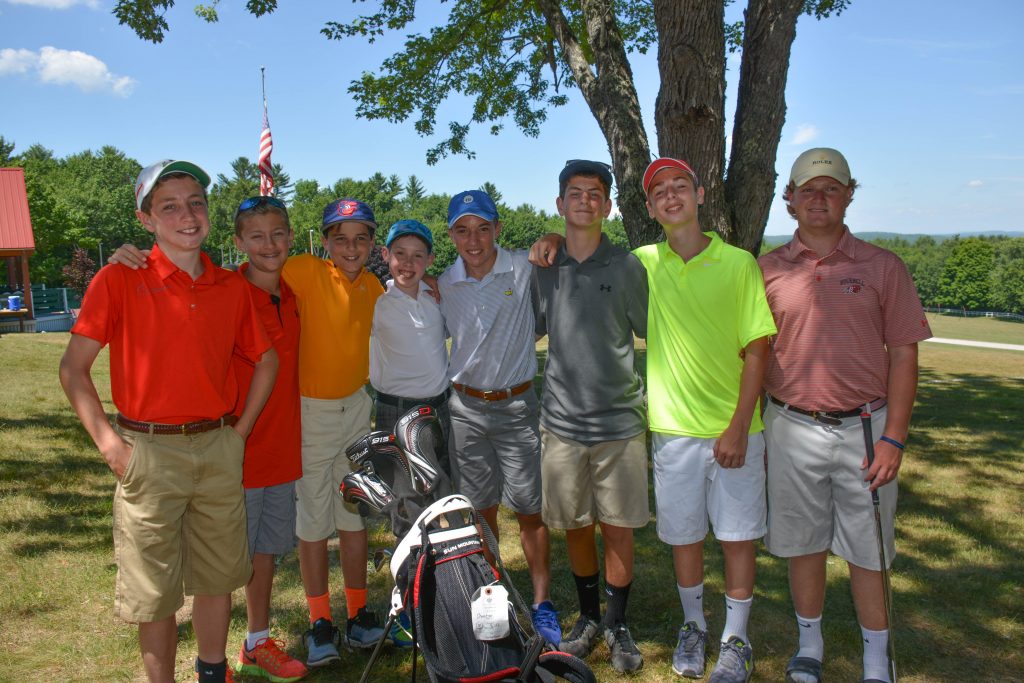 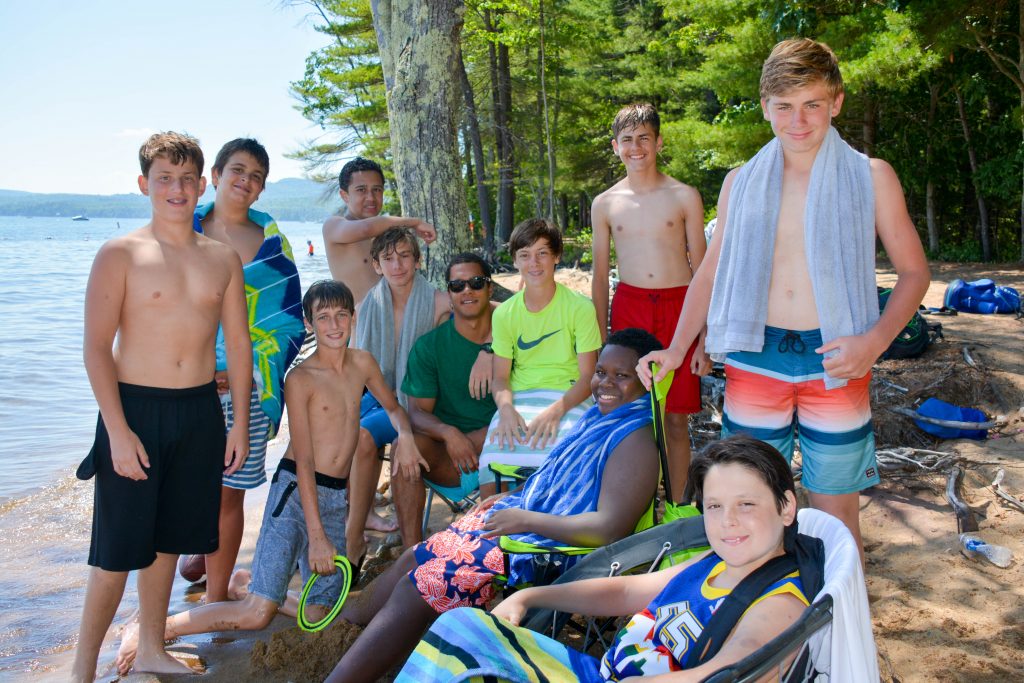 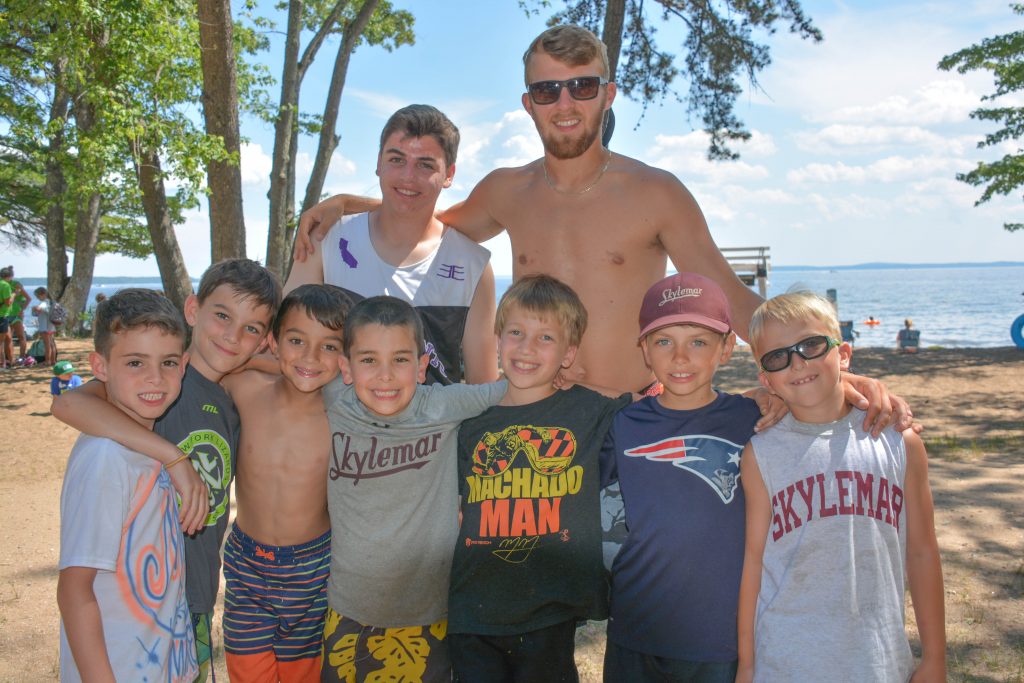 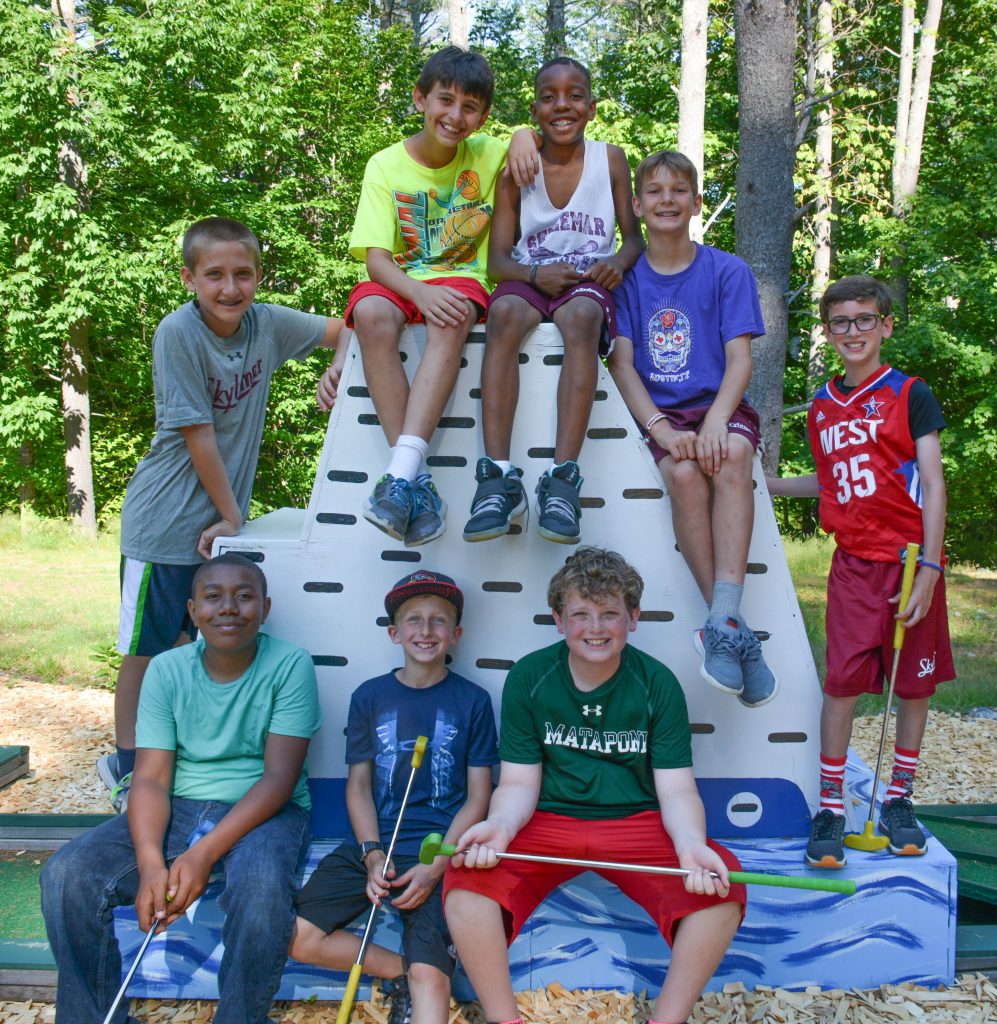 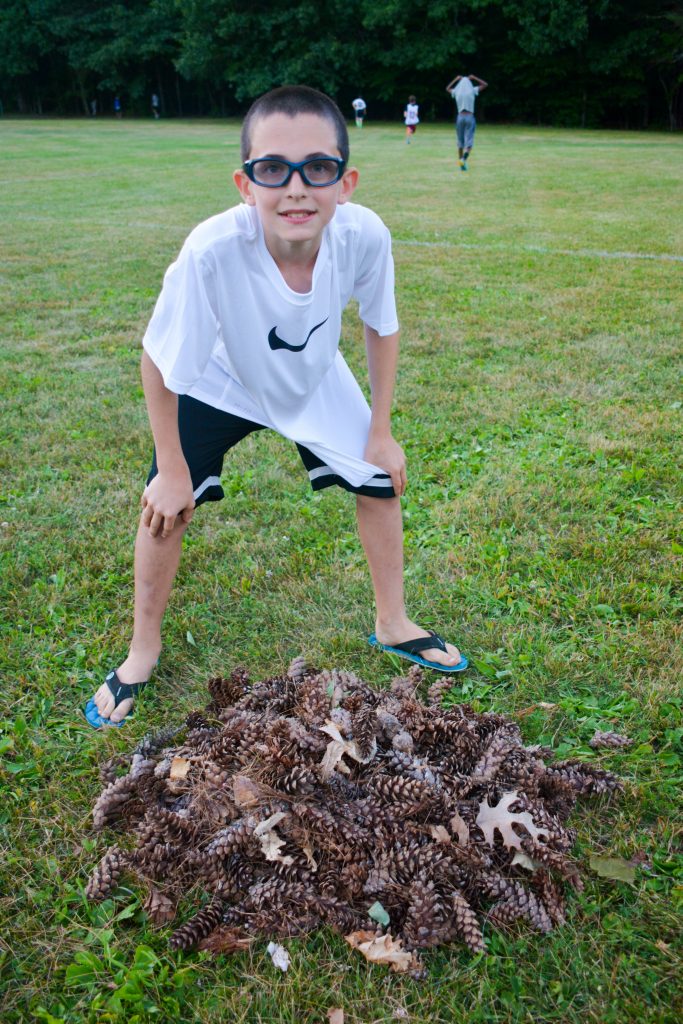 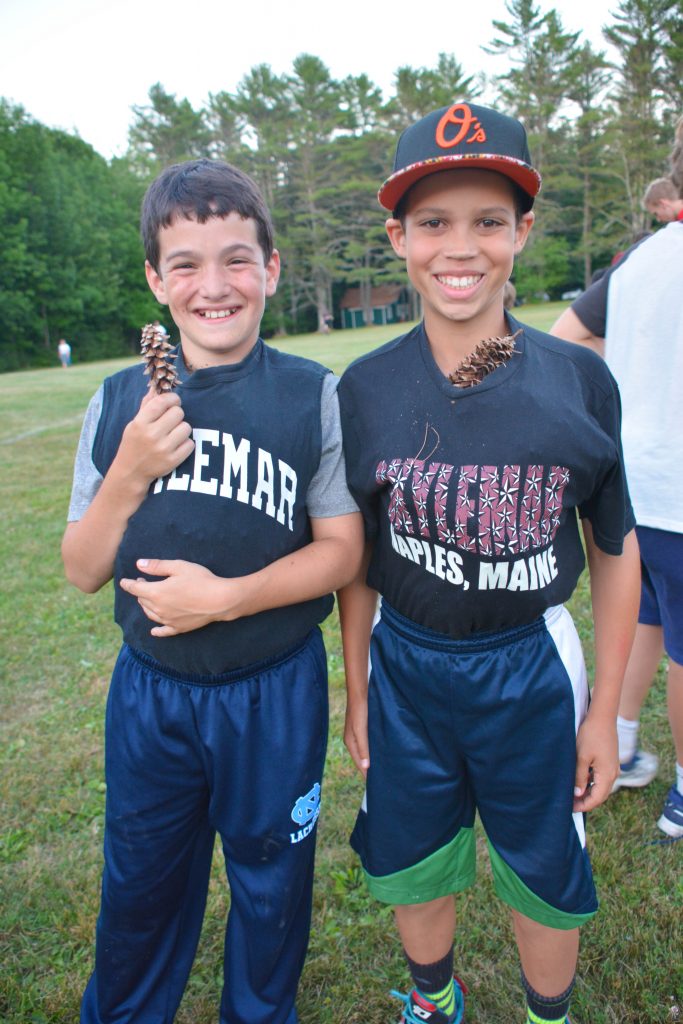 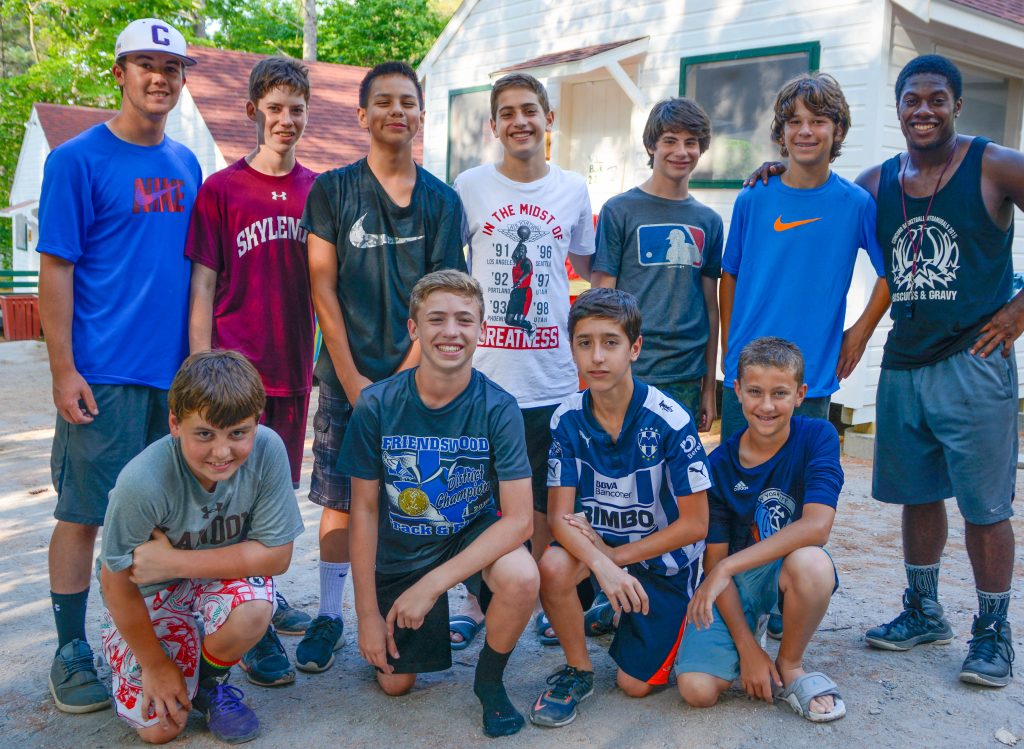 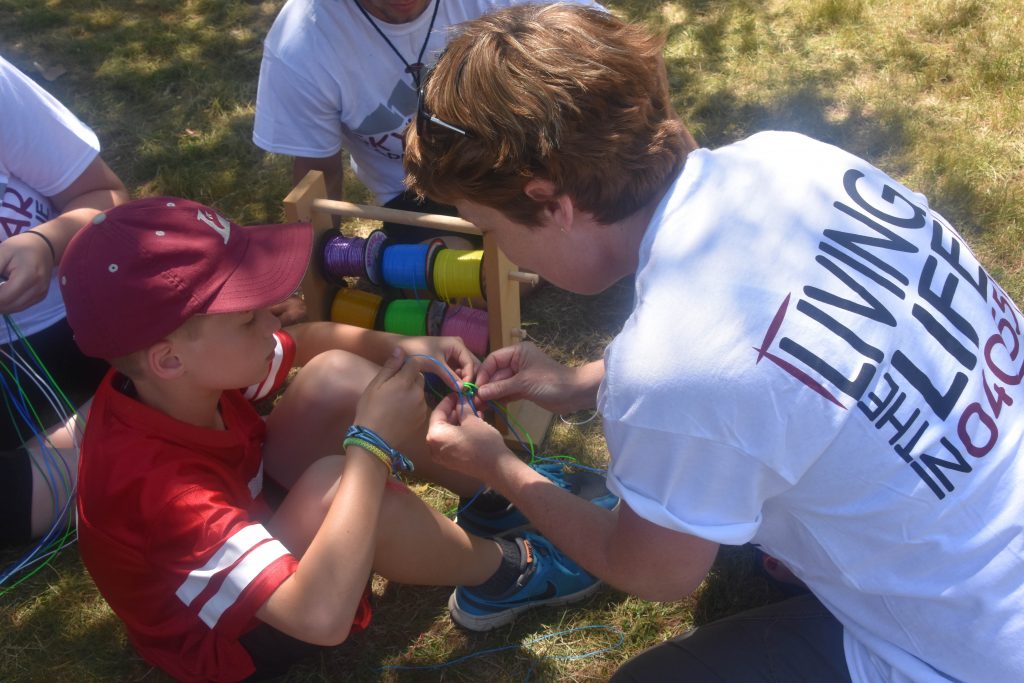 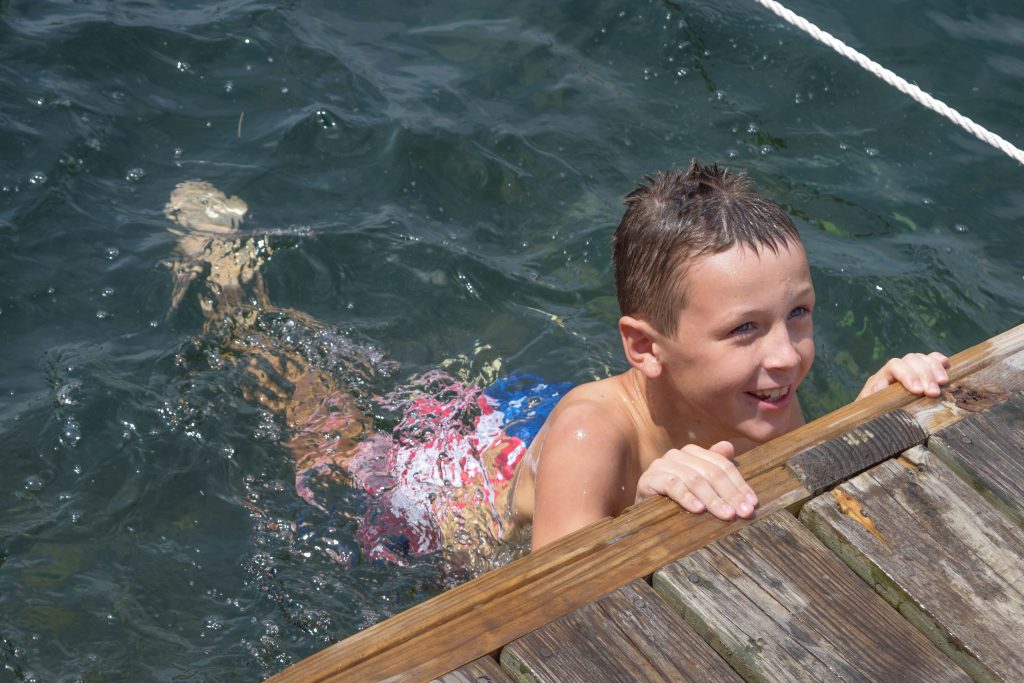 A happy part of the day came via phone call. We had a basketball game at another camp, and their athletic director called afterwards. Wondering if we had misbehaved, the call was actually to compliment our counselor Cam for setting the example for all staff to follow. “It was some of the best coaching I’ve seen”, he said. Cam demonstrated skill, kindness, strength and encouragement. We’re proud, and appreciate that another camp would share a compliment.

Golf Pro Steve P, along with counselors LJ and Steph, should really write a golf teaching manual. They make what can be a very slow sport for a beginner a ton of fun. A typical session with a bunk is divided into four sections. First: Instruction. Second: Practice. Third: The Great Golf Ball Pick Up. Points are awarded for how many you collect. Fourth section is Competition. For example, perhaps the goal is to hit the ball over or at a target. Points are awarded for accuracy, while skills are sharpened. The player with the most points at the end of the period wins the Gold Golf Ball. Solid gold, of course.

Those who especially enjoy playing can go to the Naples Country Club for 18 holes. Today was a scorcher, but two foursomes still had a great time.

While some were on the links, we were in the lake. Trickey Pond, that is. This two and half mile long spring fed lake is one of Maine’s top ten cleanest bodies of water. And that’s out of 6,000!

There are all kinds of boats and giant blow-up toys at the waterfront, but swimming is super important. Everyone should be safe in the water, and the goal is for each swimmer to become more proficient. That’s achieved under the direction of our adored Waterfront Director Peter, with his fantastic assistant Drew. They direct a solid WoFro staff of collegiate swimmers, and teach them to be teachers of the highest caliber.

The swim teachers are patient, encouraging, and they truly strive to make a positive difference. They’ve motivated 31 campers to be involved with a distance swim program called Skylemiles. Challenge is to swim 72 lengths, and your name goes on The Board. Swim two miles and you get a pizza party and your name on a Rock of Ages. That’s a special white rock that forms a Skylemar “S” in the shallow crib. At the end of the season these rocks go in the deeper section where they remain 'til eternity. Jordan B, Aidan C and Teddy S have already finished both miles! Those who completed one mile are Toliver (Bunk 12), Matthew F (Bunk 22), Mathew S (B14), Max R (B21), Jack Q (B21), Evan S (B19) and Jack G (B21).

Surprise Evening Activity for Bunks 1-15. PINE CONE AUCTION. 20 minutes for each cabin to collect cones and then it’s time to bid for a party.

Most prizes involved pizza, but each had a twist. For example, there was a Pajama Party at the Lodge with the Bunksters, Chocolate Factory in the Skydeck, a Cookout at the Cupola where George lives. The Red Snow Cabin Party always goes for a high price (Rich and Norma’s house) and so does the party in the Counselor Lounge. This year there was an exciting new prize: a trip by boat to a secret location across the lake called Bunk 71. Can’t wait to hear about that one.

A couple of pirates were the auctioneers. Favorite joke of the night was “What does a pirate call our Camp Director?” Answer: "Arrrrrrr".