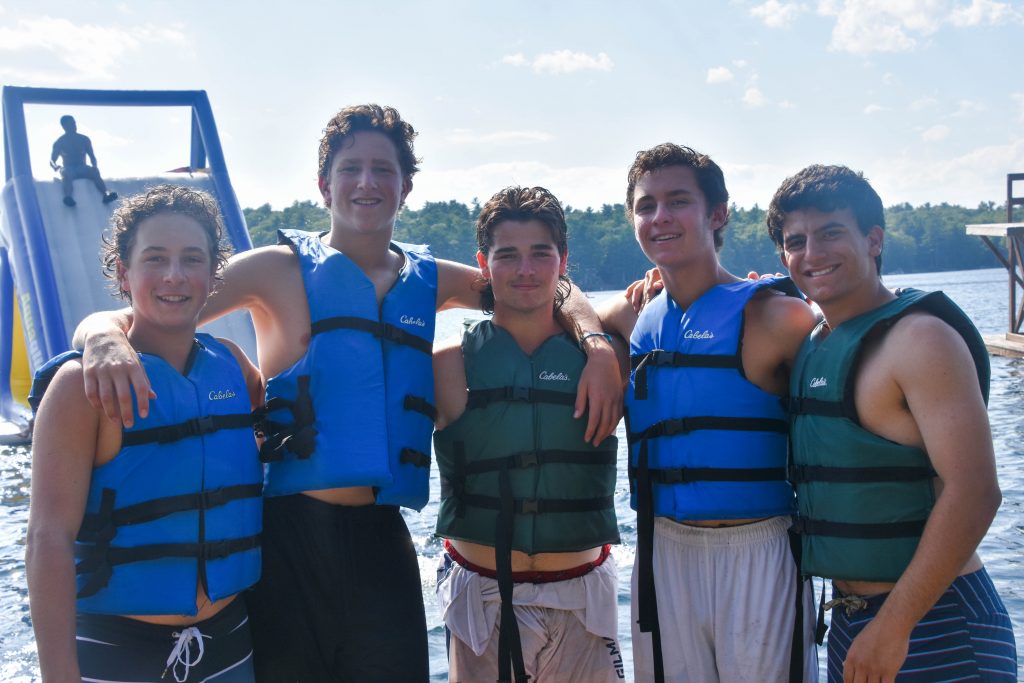 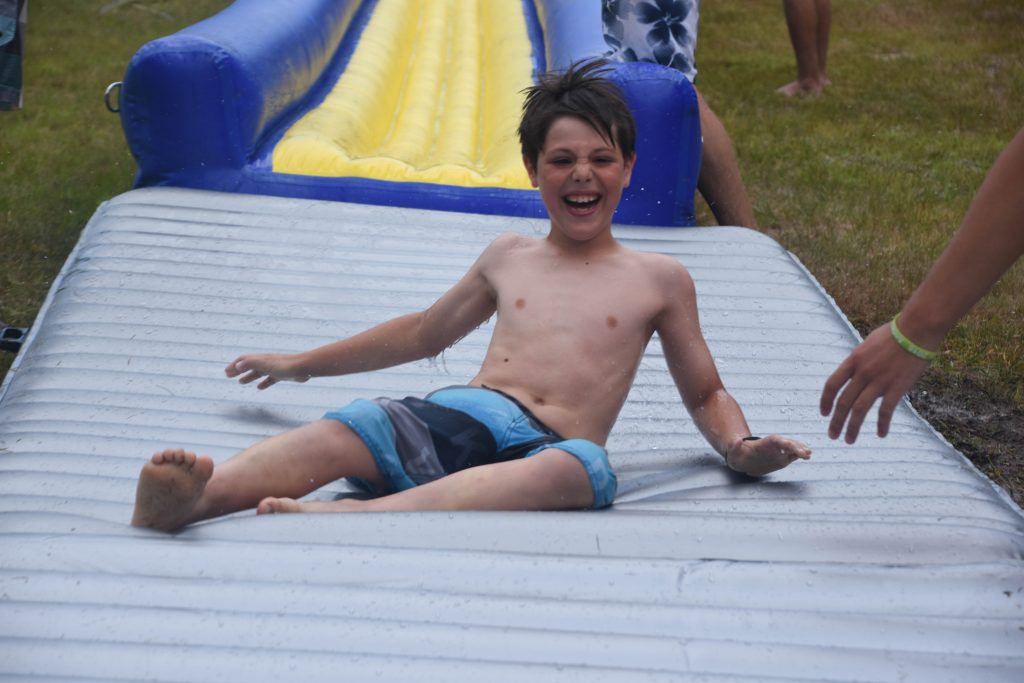 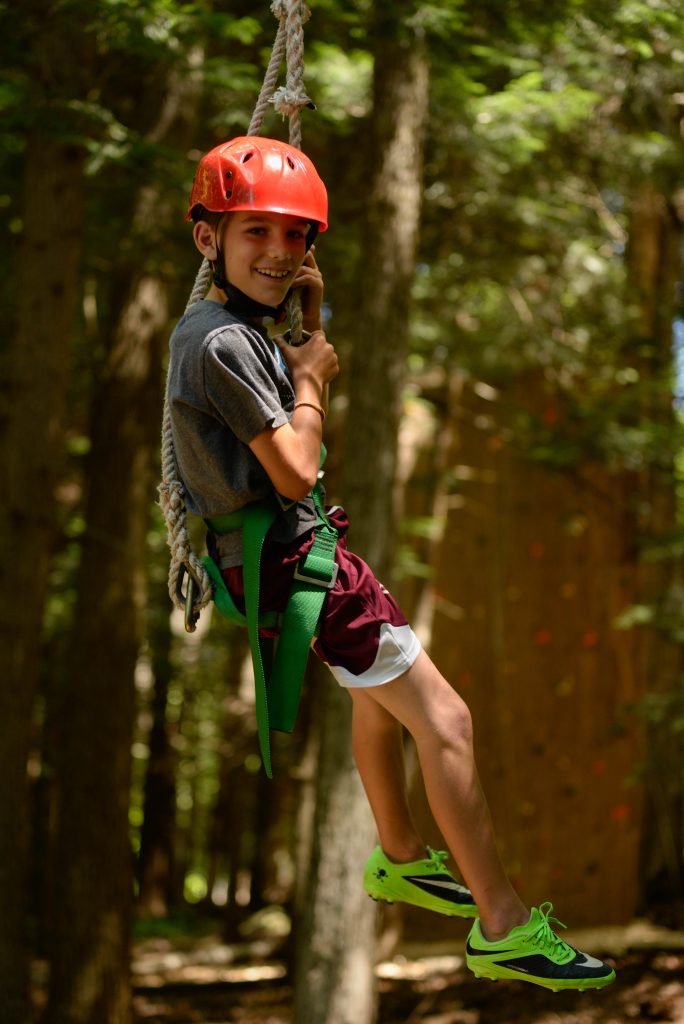 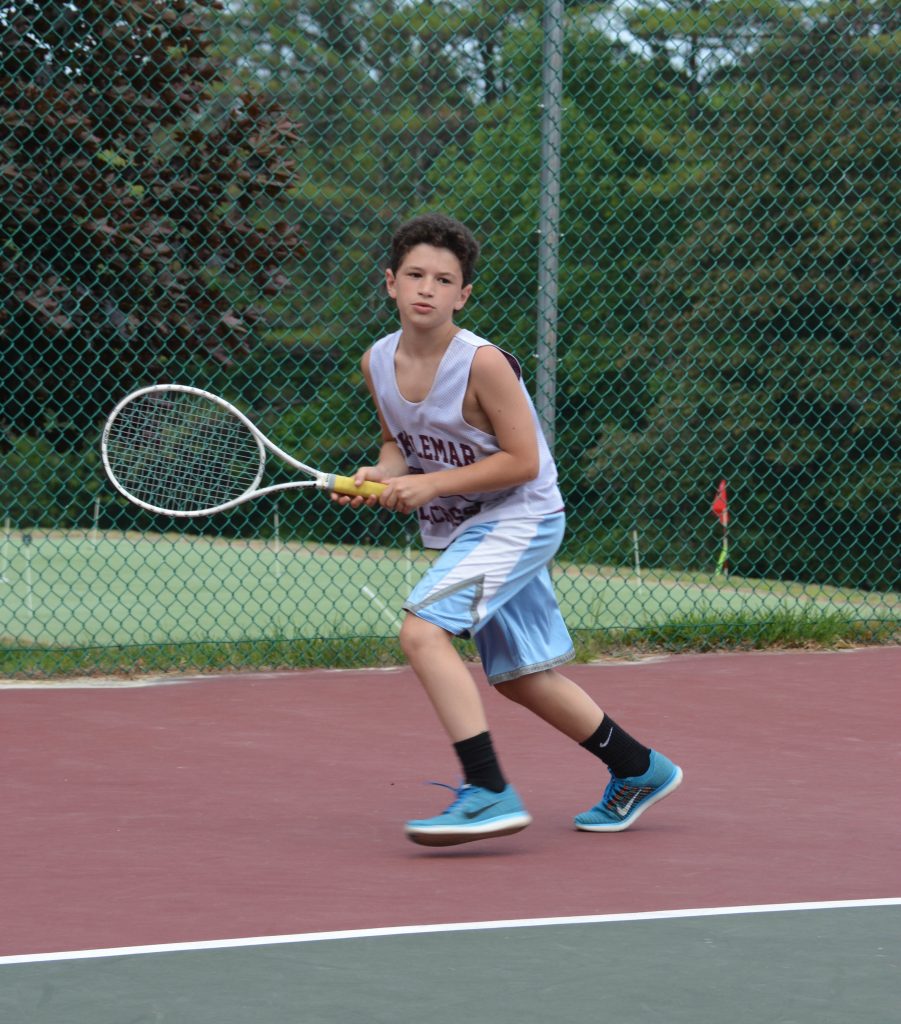 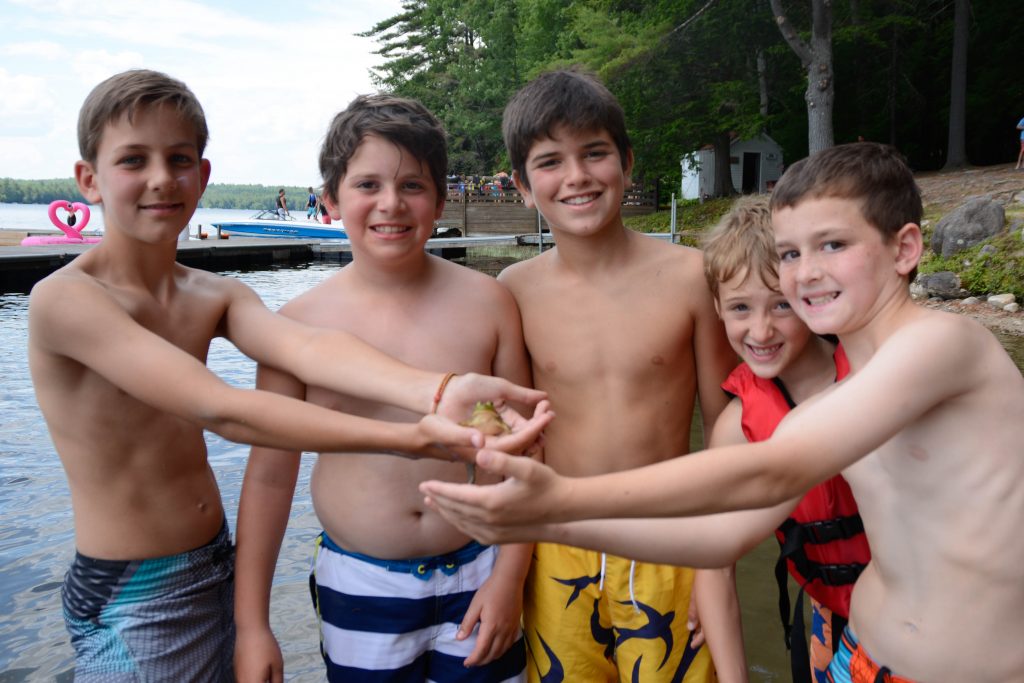 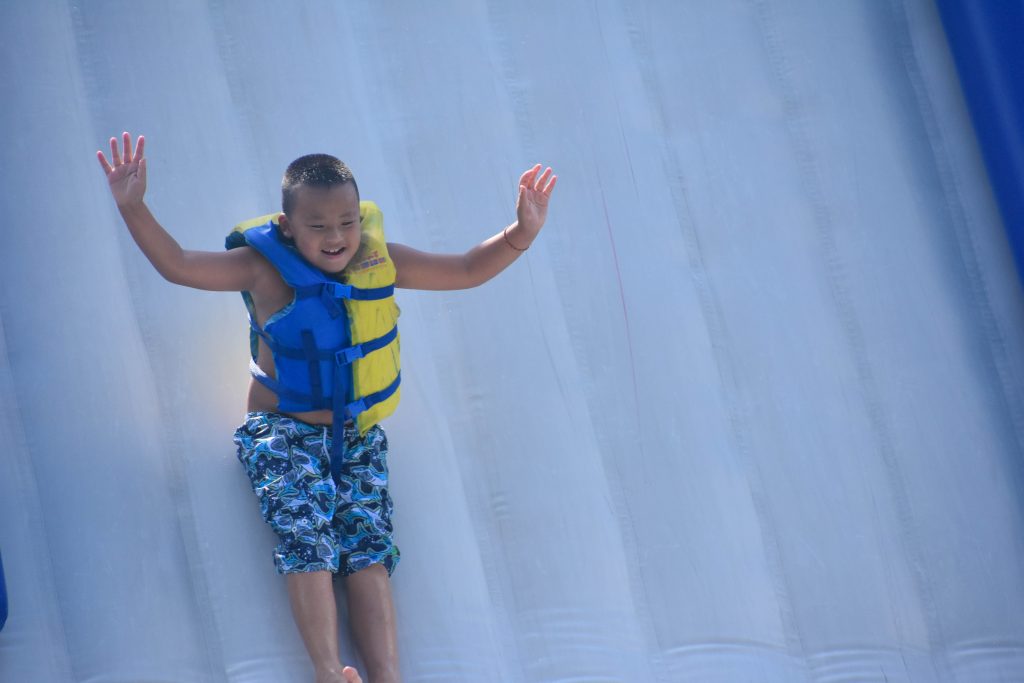 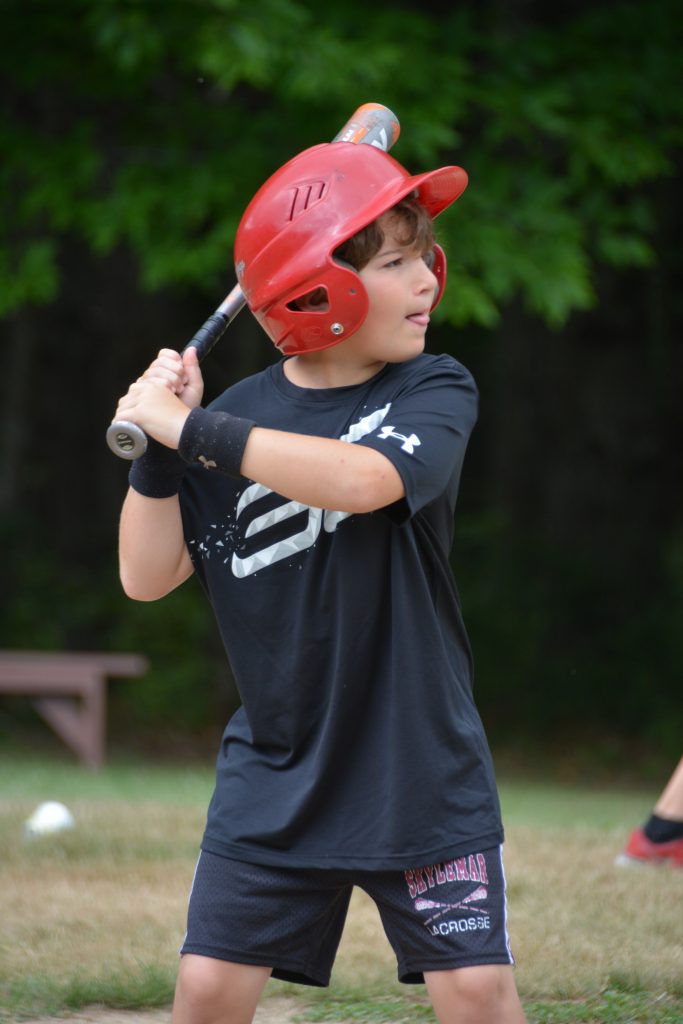 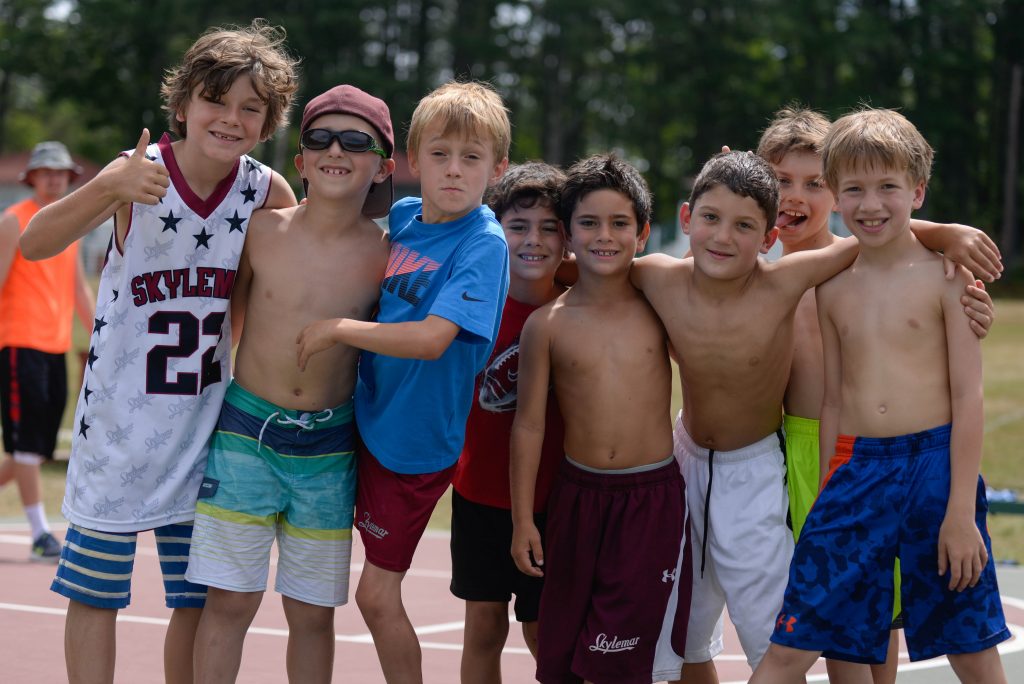 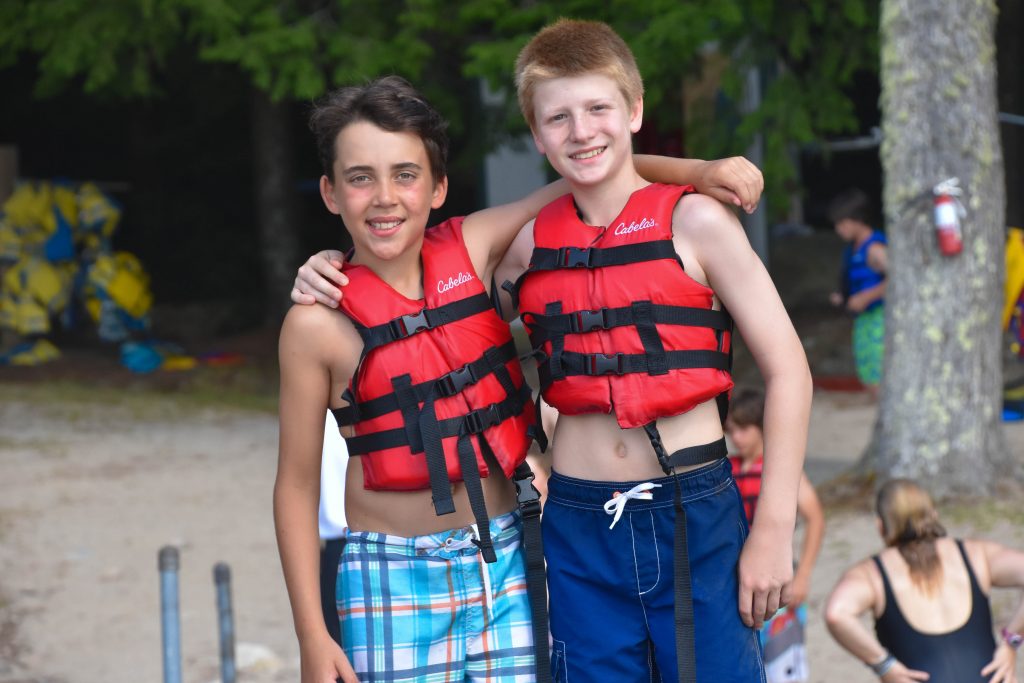 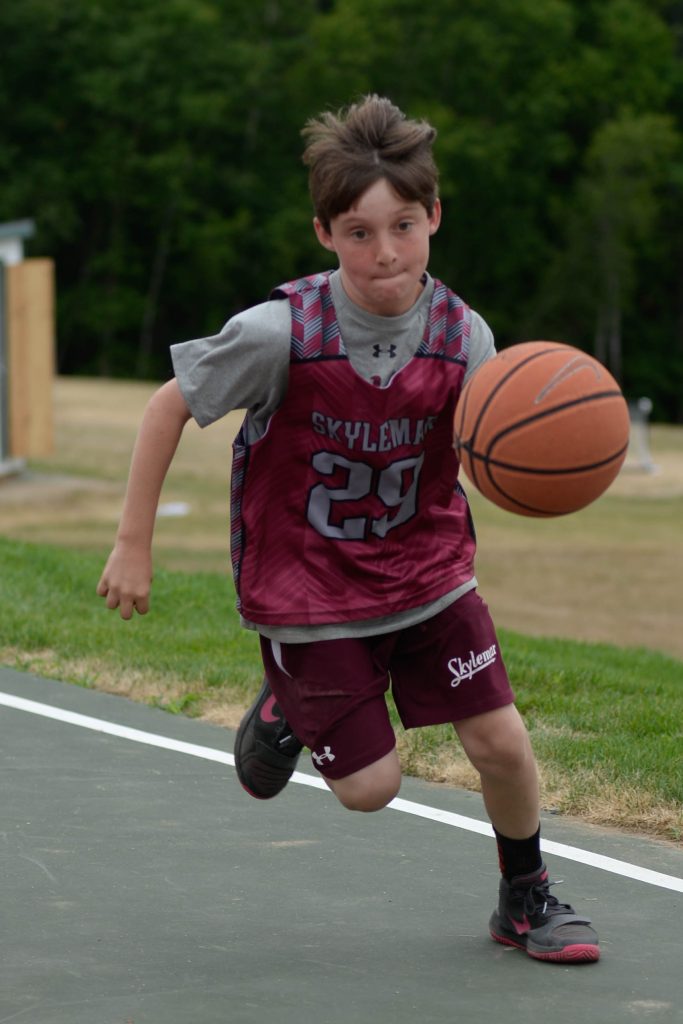 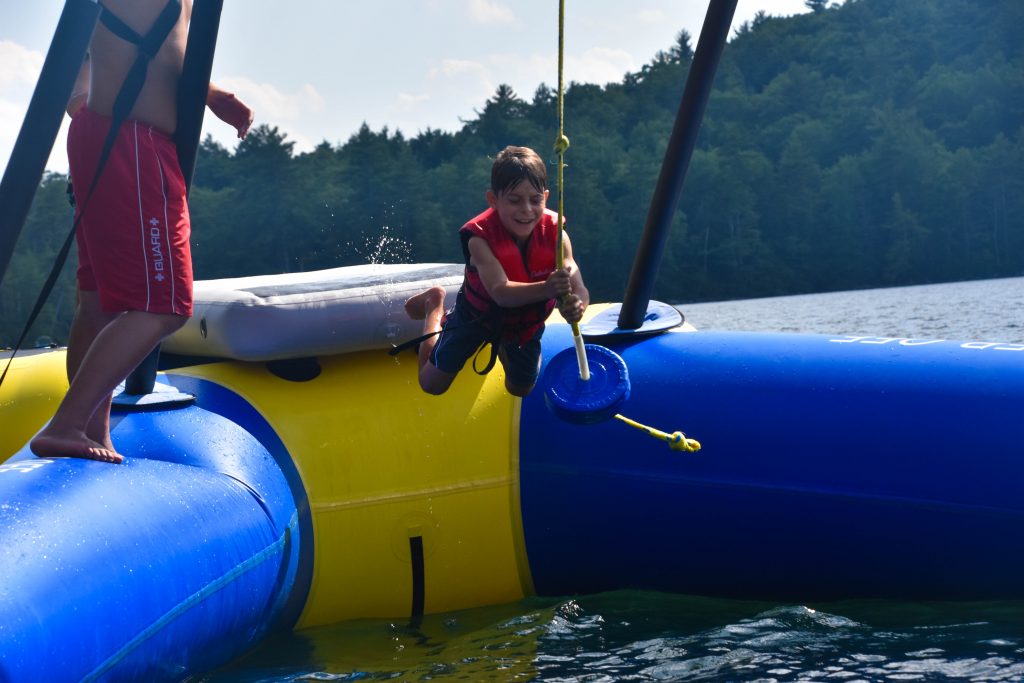 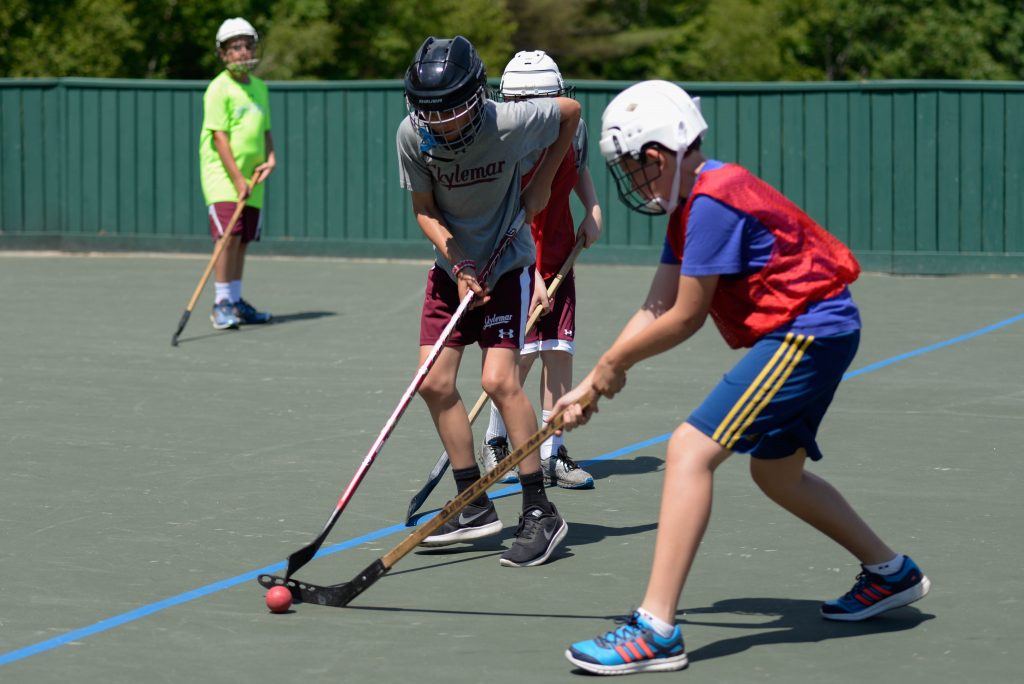 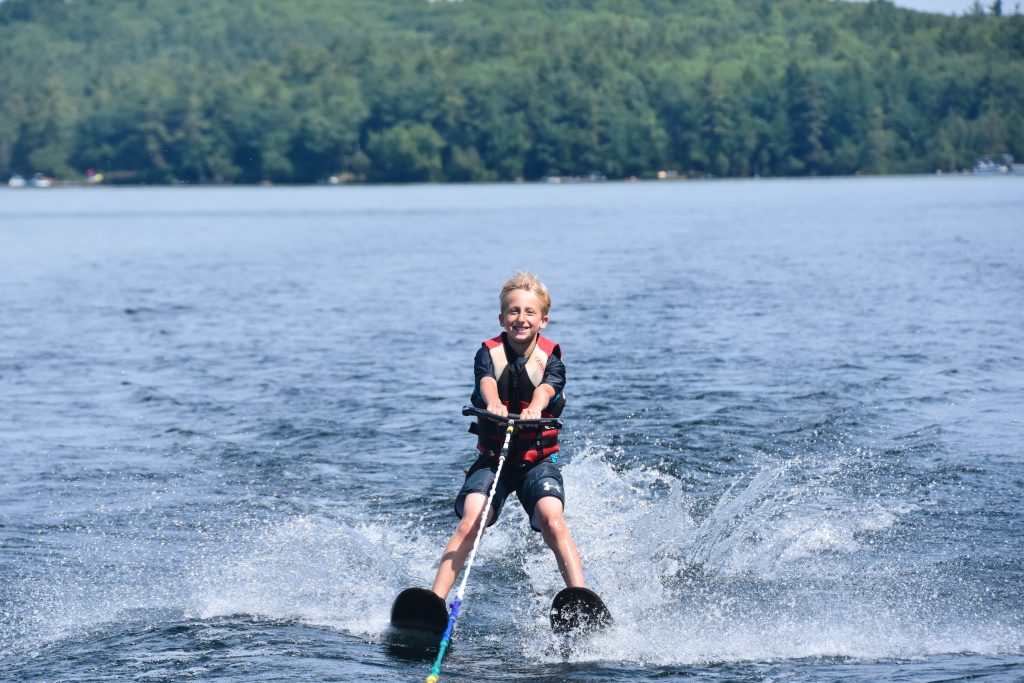 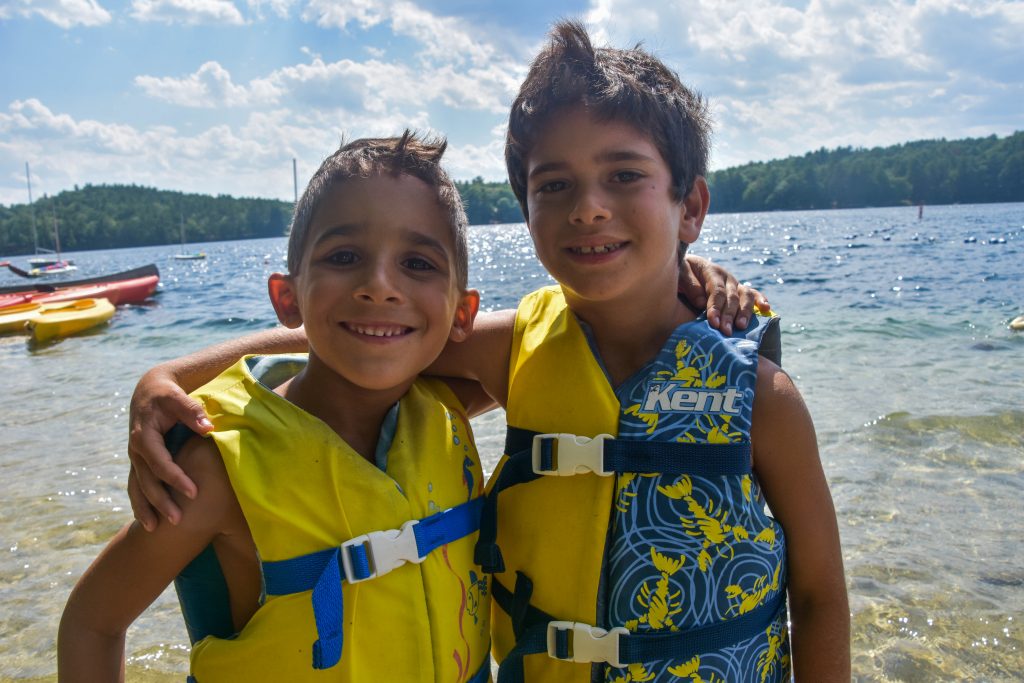 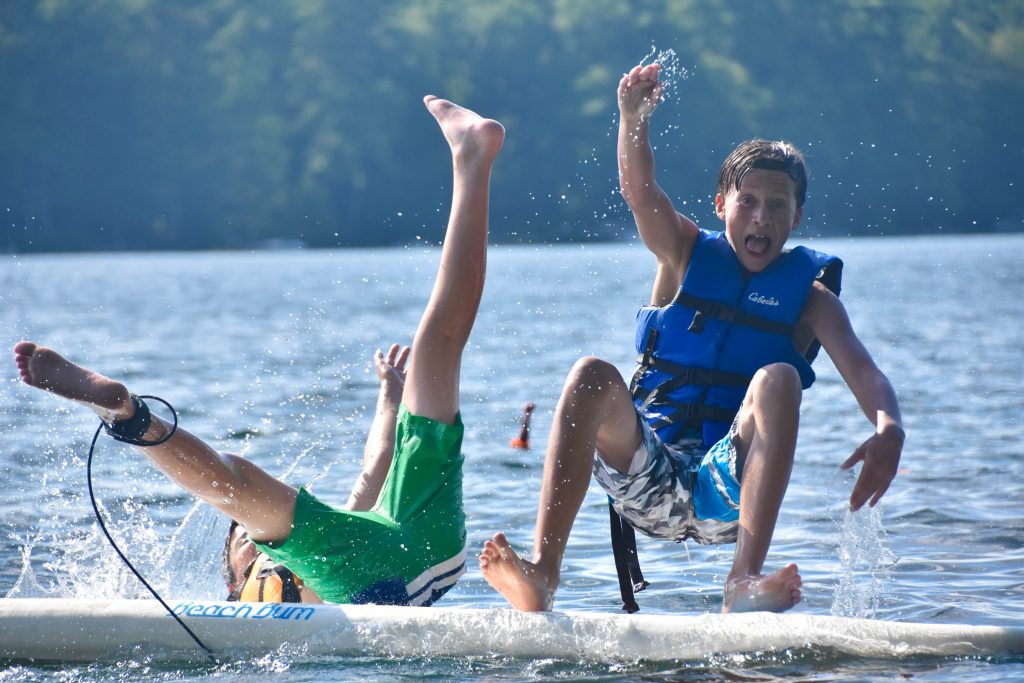 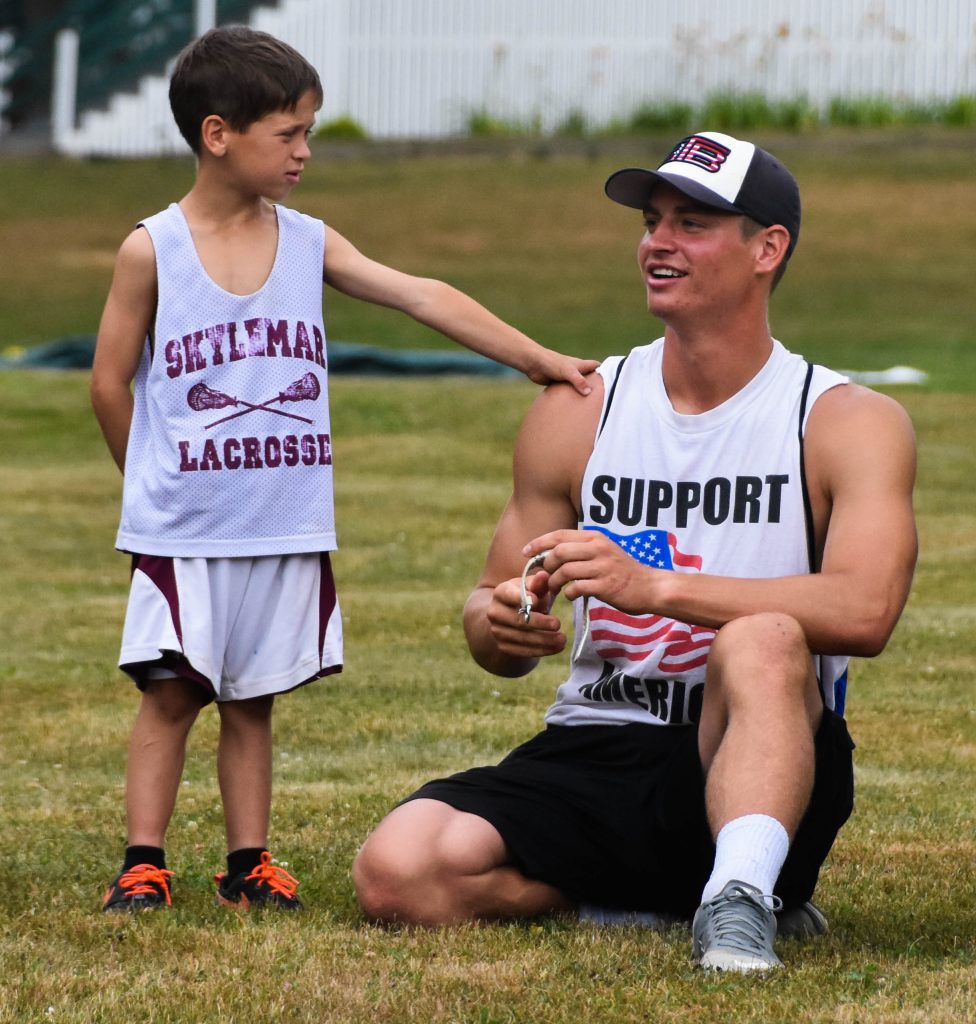 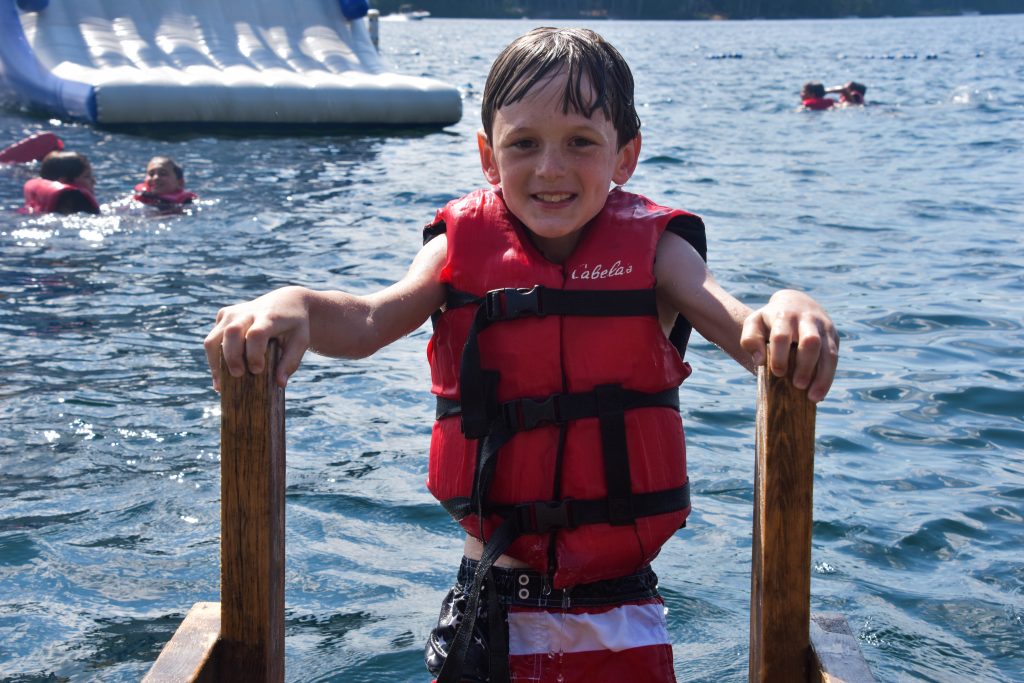 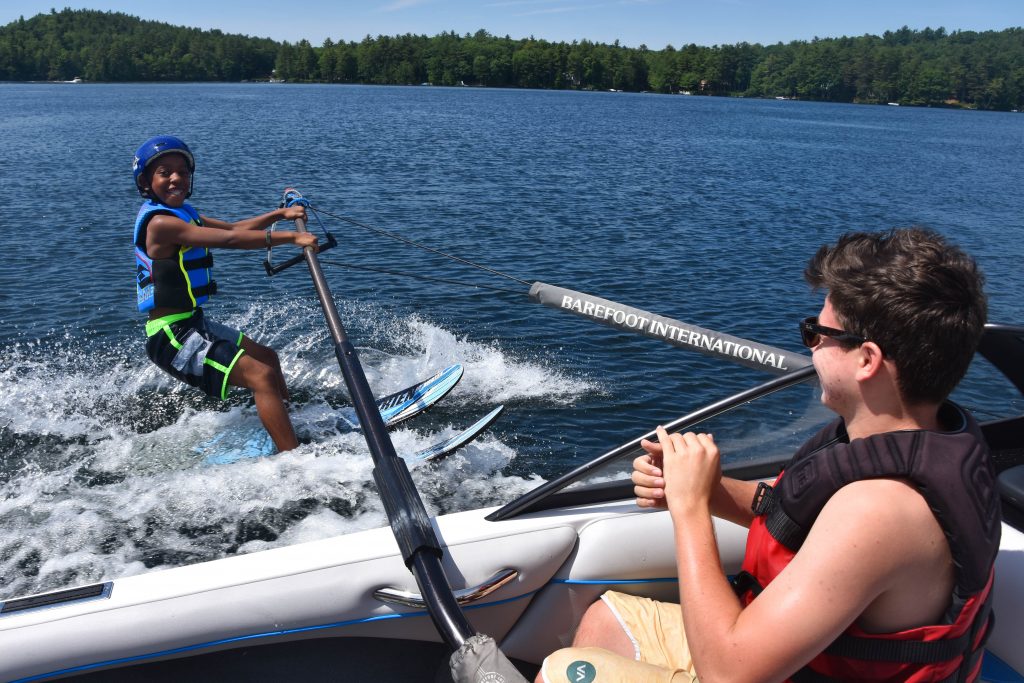 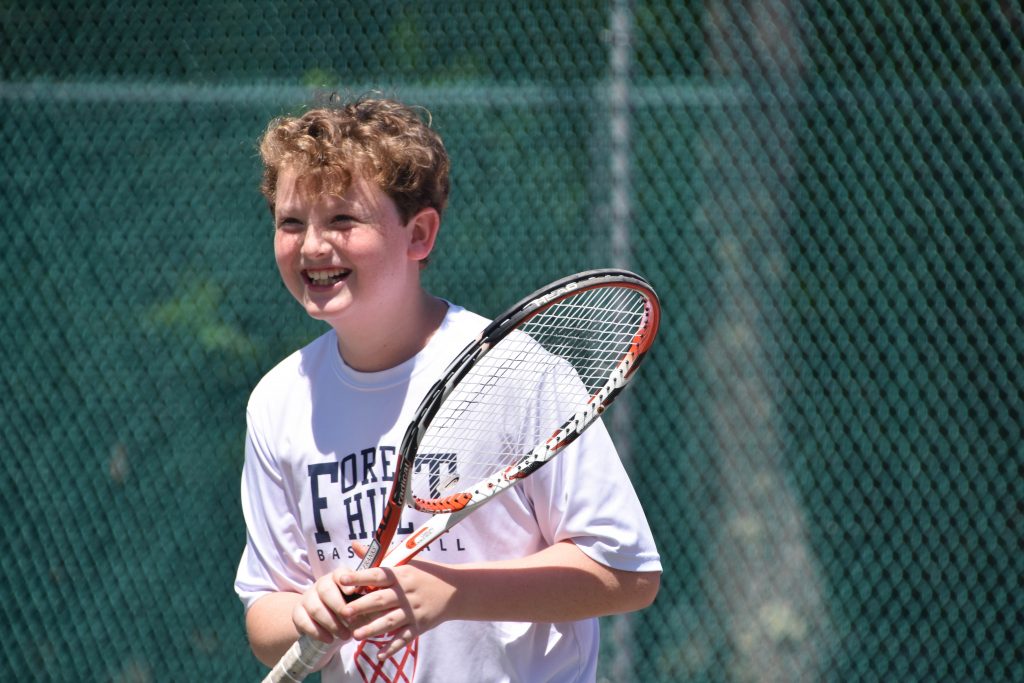 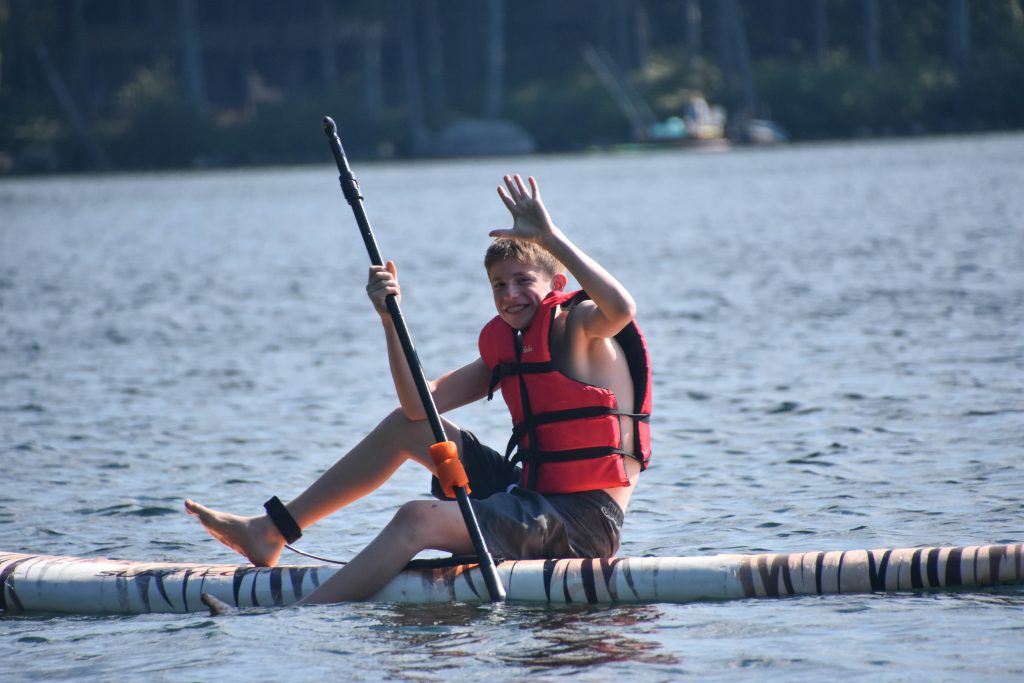 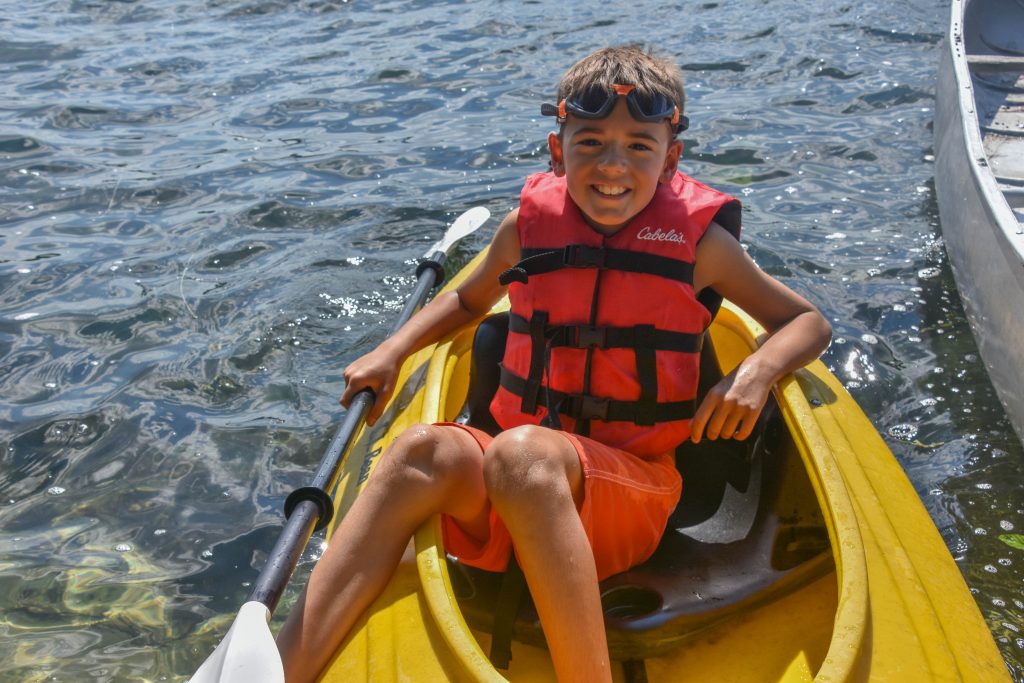 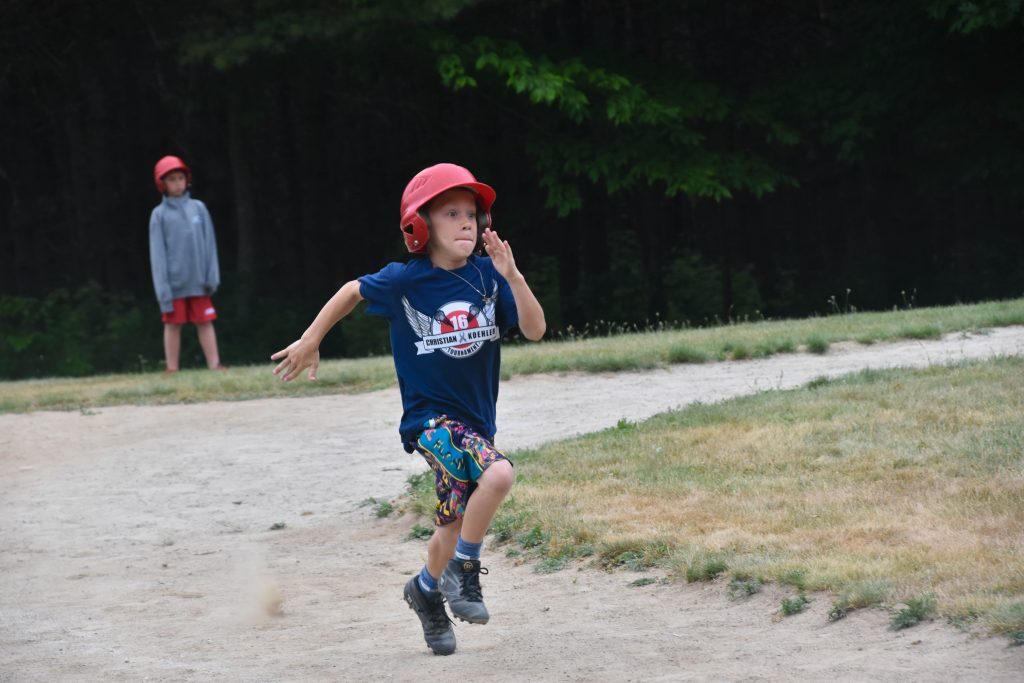 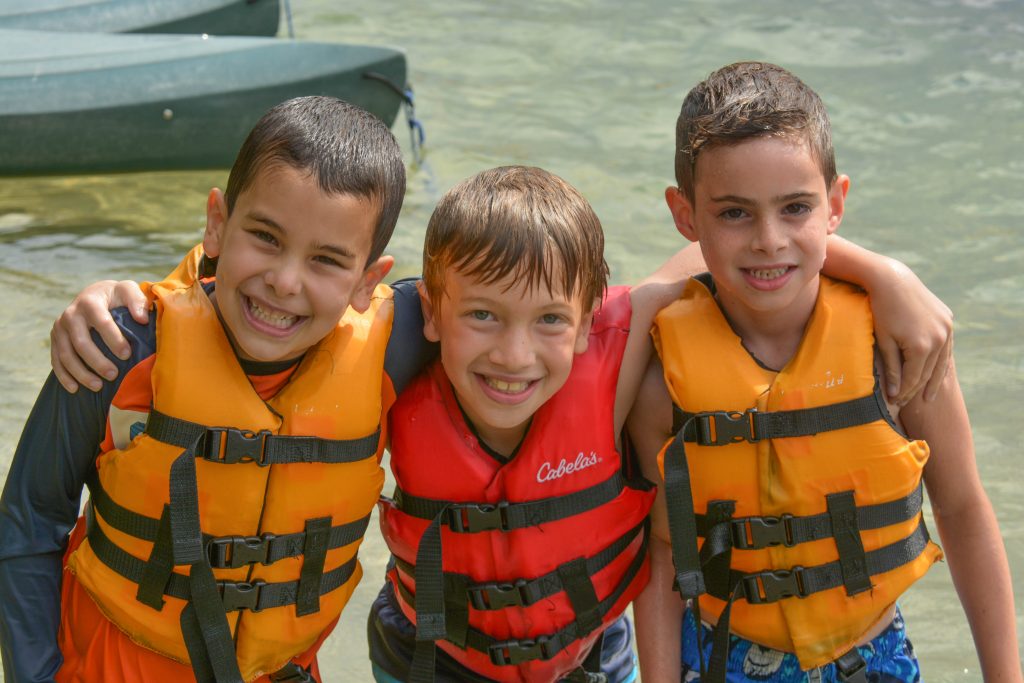 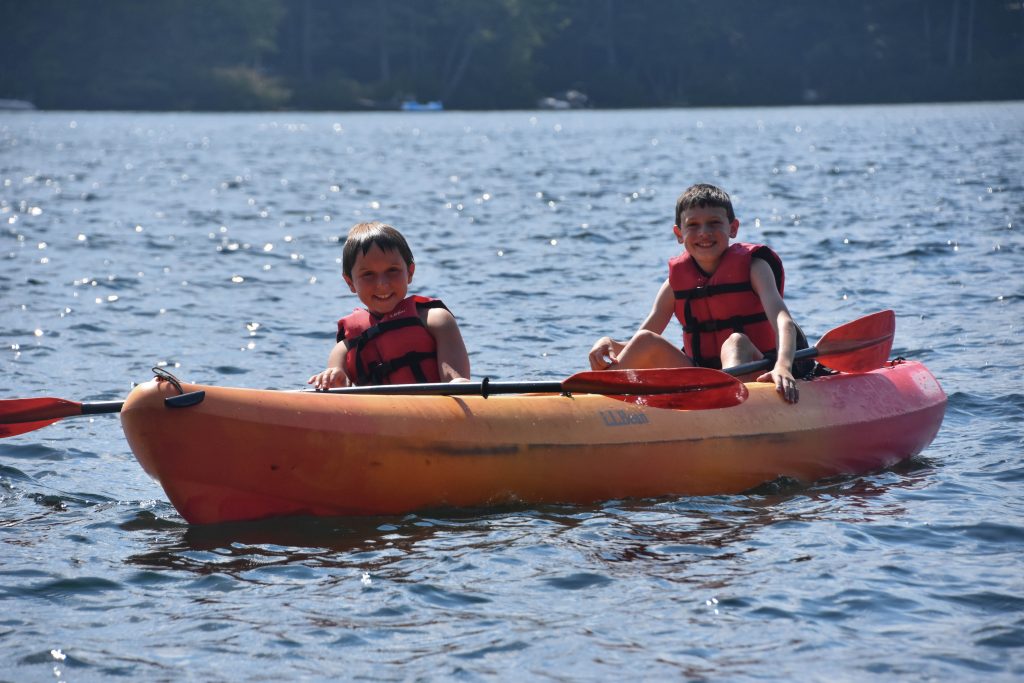 Trickey Pond. Out of 6,000 bodies of water in the state of Maine, Trickey Pond is considered to be one of the cleanest (according to the Maine Dept. of Environmental Protection). Although it’s 55’ deep in the center, the water’s so clean that at most points you can see clear to the bottom.

It’s over two miles long, so hardly seems like a “pond”. But according to the authorities in the state, there is no technical distinction between lakes and ponds. The origin of the name is disputable too, with some experts crediting the family name of a logger or trapper. Others say that because the pond is spring-fed, the water above the springs wouldn’t freeze as fast as the other parts, so the ice's formation was a bit"trickey” in the winter. Clearly there was no spell-check back then.

Anyway…. Our lake is pretty darn incredible, especially on a steamy hot afternoon like today.

The schedule was canceled after lunch, and we turned on our “air conditioner”, better known as jumping into the lake. Joel and the Waterfront staff were fantastic at making sure everyone was safe and happy. There’s lots to play with at the lake, between the rope swing, trampoline, giant slide, pontoon and iceberg. Many were afloat on the kayaks, corcls and stand up paddle boards.

Meanwhile, several cabins spent the day at Sebago Lake State Park. It’s a favorite camp trip, with the drive just ten minutes away. It’s a public beach, and if you get really lucky, a girls camp happens to be there at the same time. Most importantly, Sebago Lake State Park has a snack bar, and your given $15 to buy whatever you want. Something about paying for it yourself makes the low quality chicken nuggets taste especially great.

Most of Sky II (except for those going to Quebec) headed out on the Senior Trip. That’s the trip that the guys themselves get to “design”. The waterpark was an ideal way to beat the heat. From there, they headed to the Maine Mall for dinner and the movies, and then on to, of all places…Walmart. It’s a senior camper tradition. These guys would probably never in a million years want to go shopping at home, let alone go to a Walmart or Rite Aid. But like Sebago’s snack bar, there’s something about going to these places with your camp friends that makes it super fun. Not sure that the rest of the customers were exactly thrilled with fifty lively 14-15 year olds in the aisles. Thanks to Scott, the Best Bus Driver in the world, for bringing them home safe and sound.