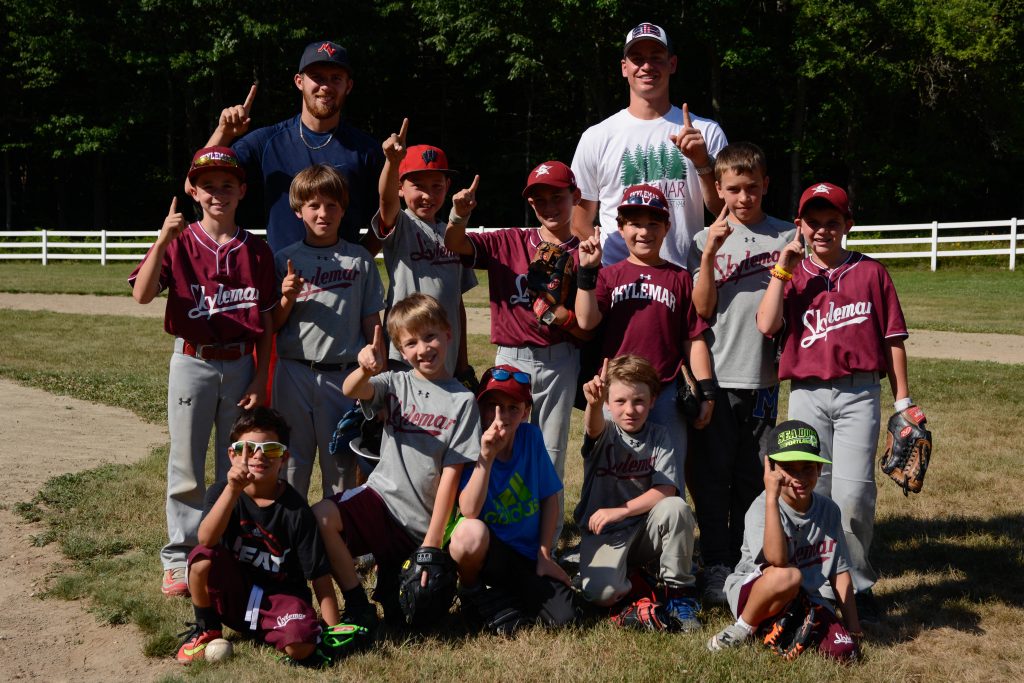 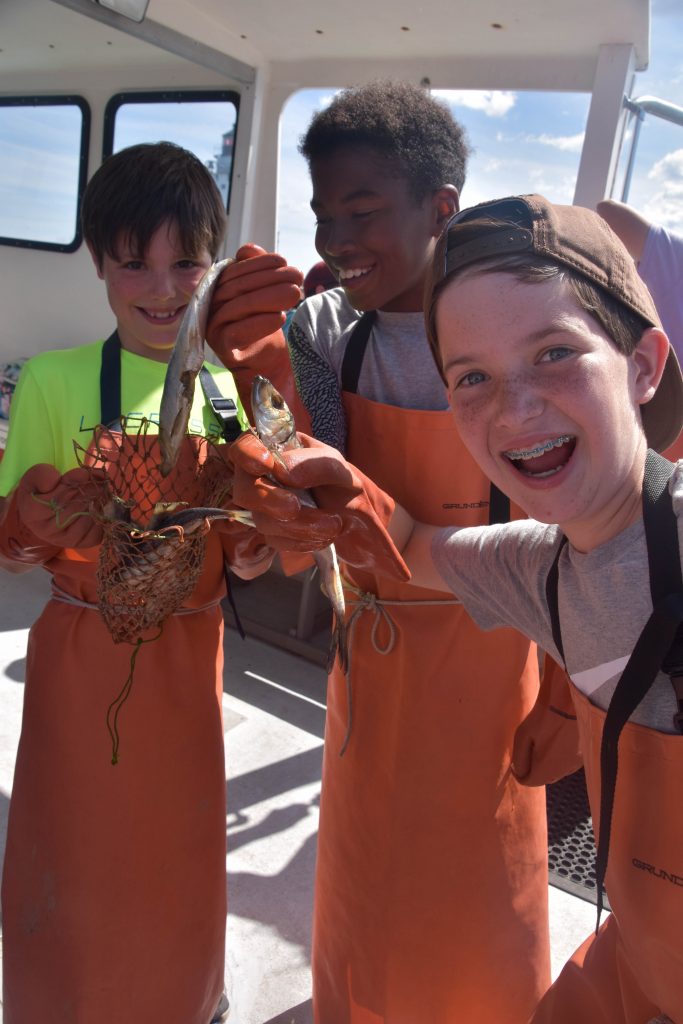 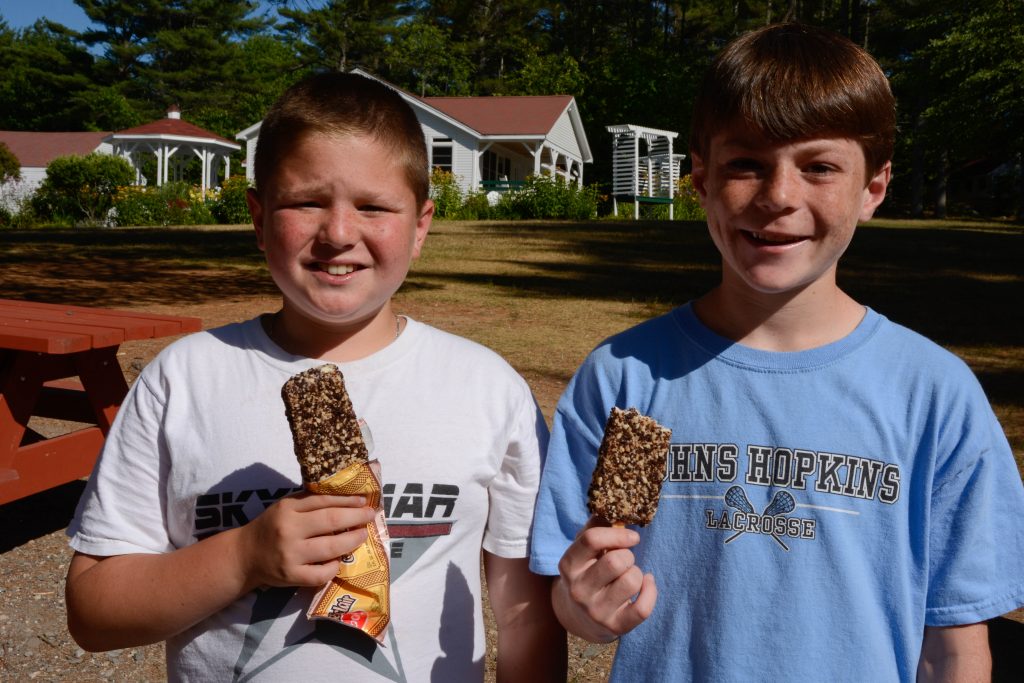 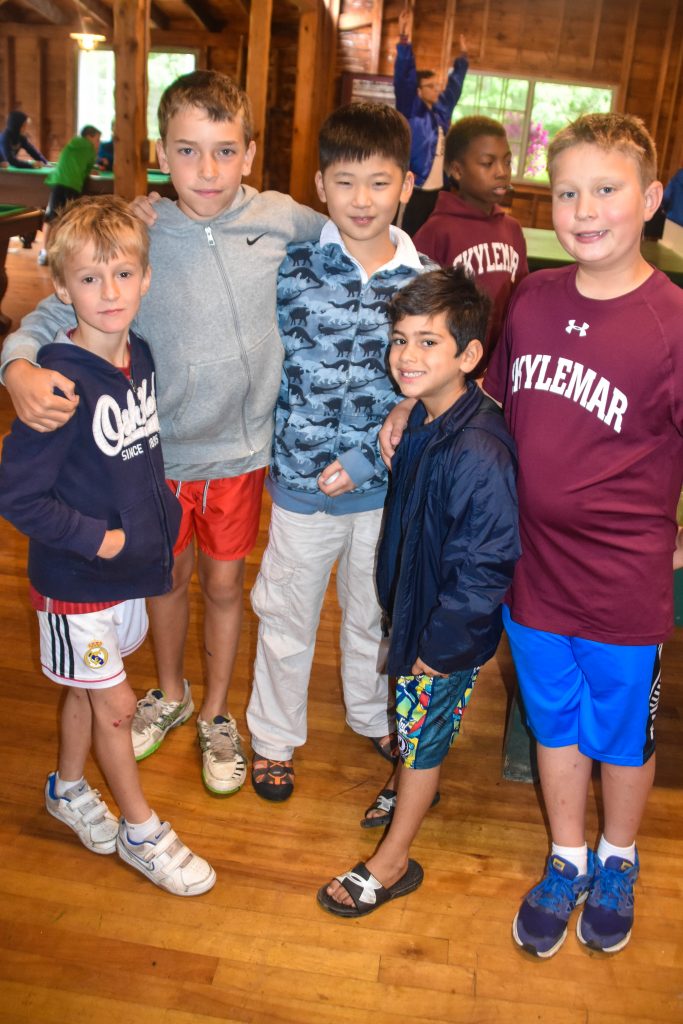 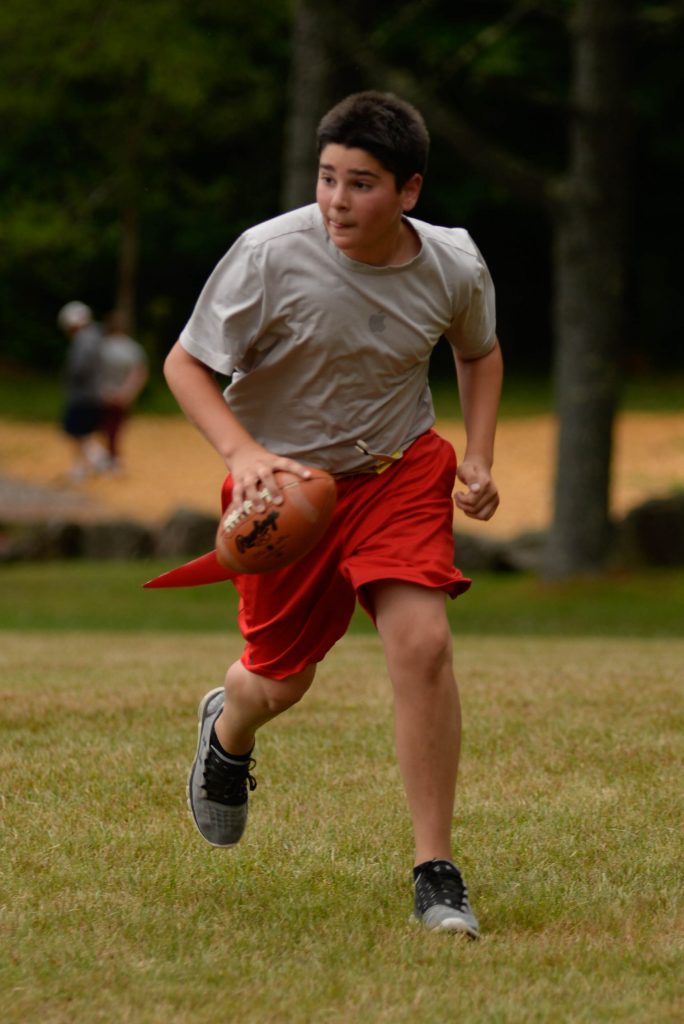 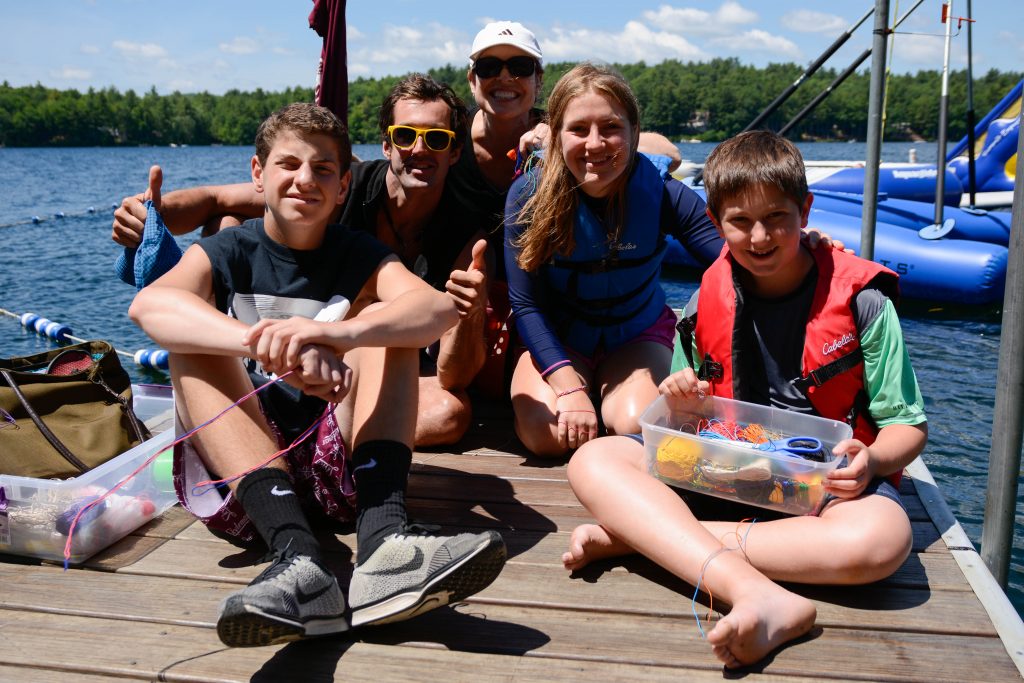 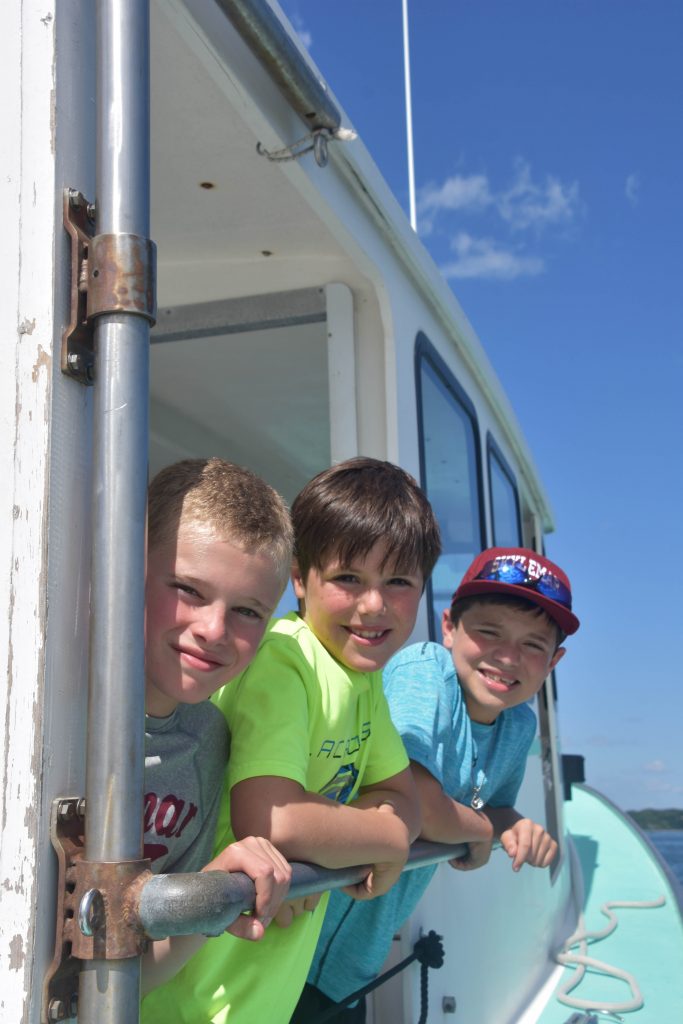 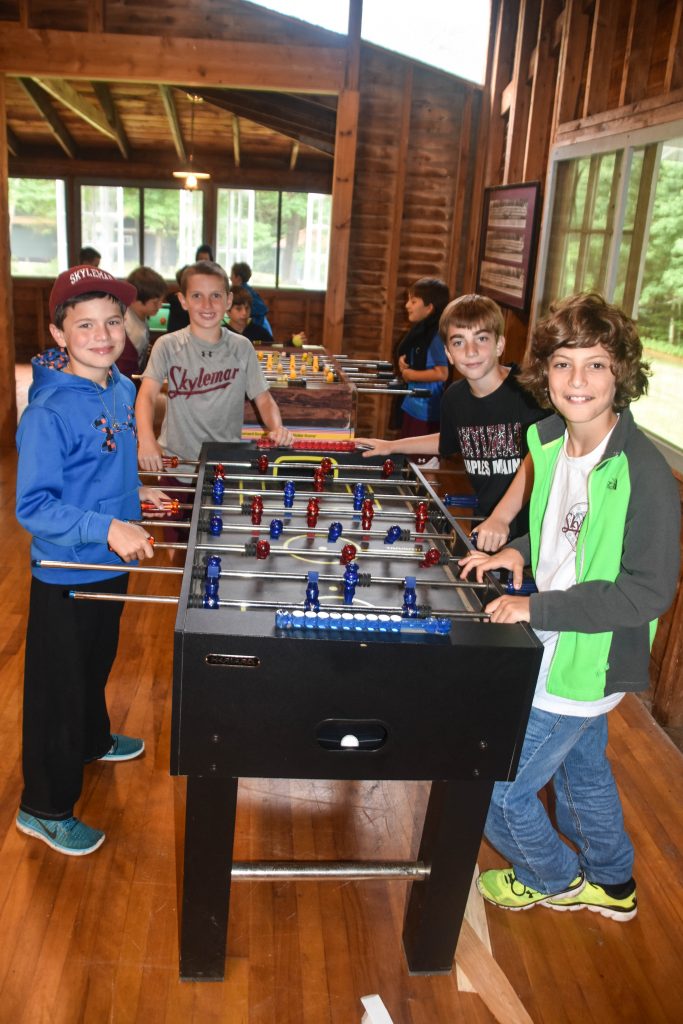 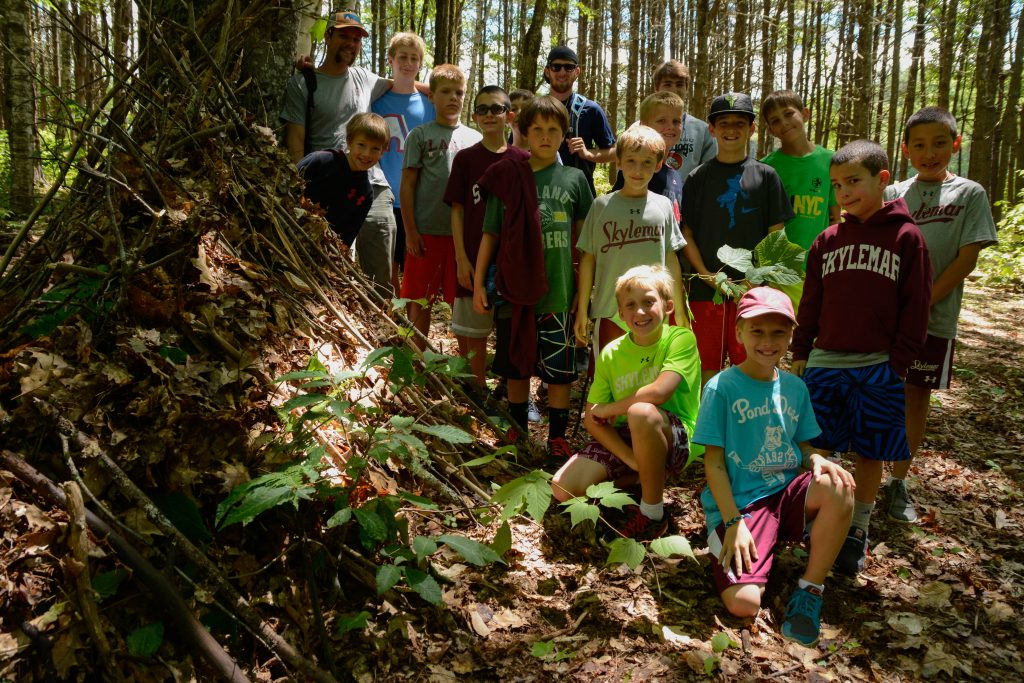 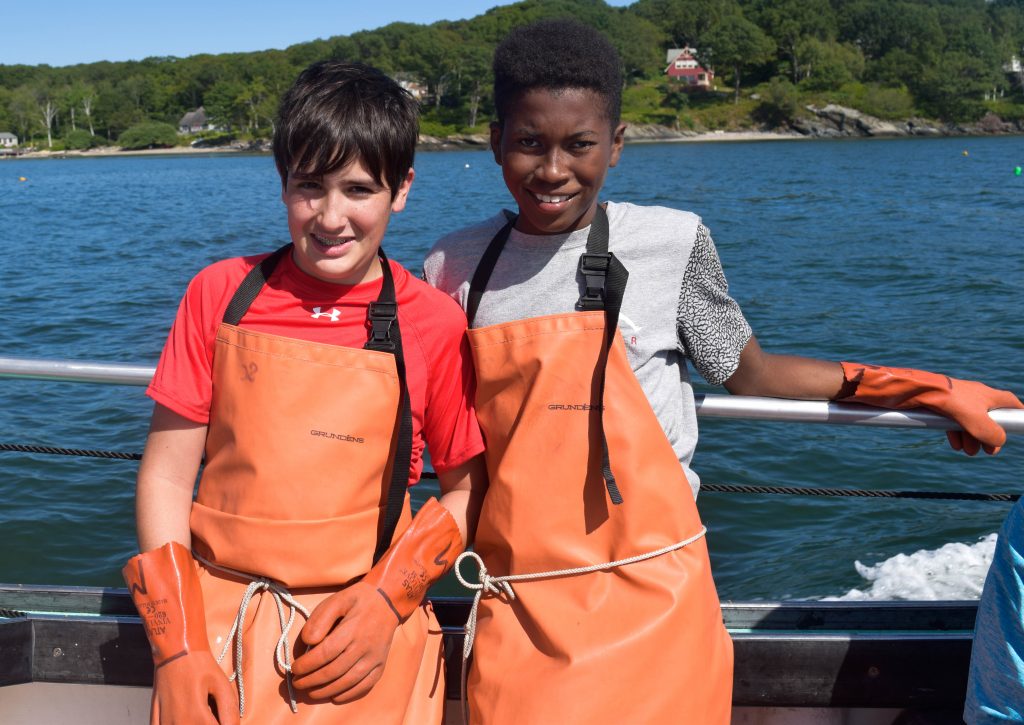 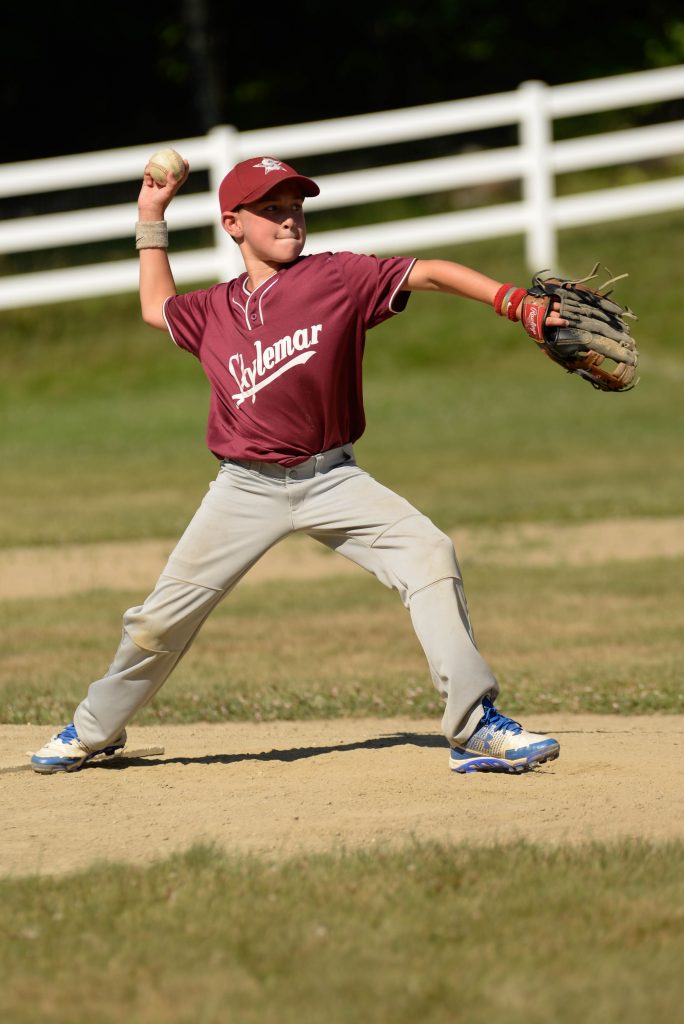 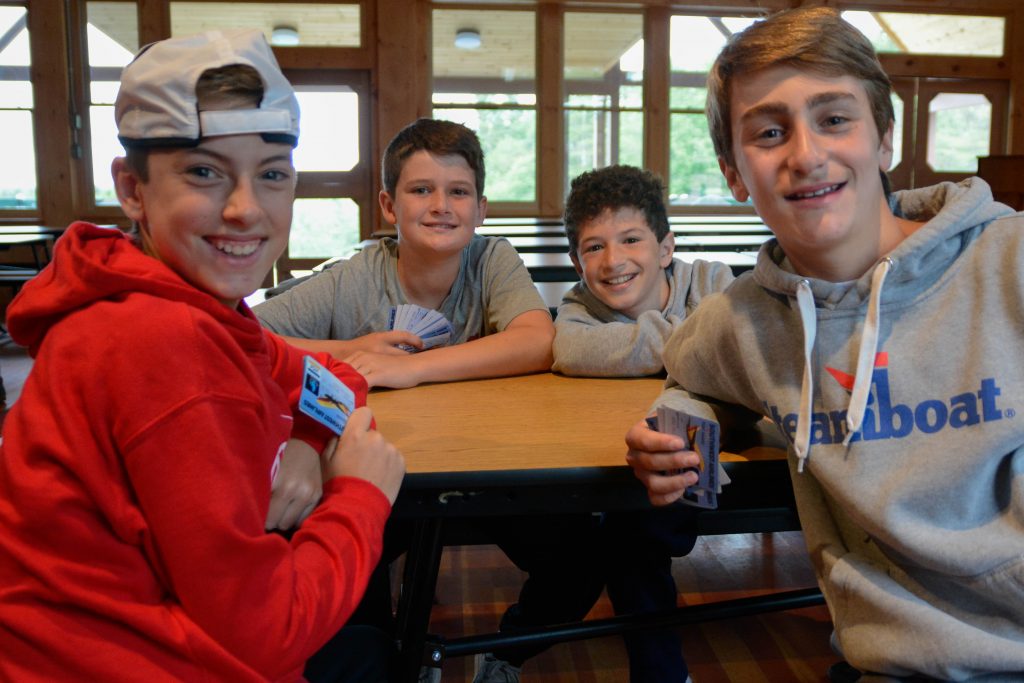 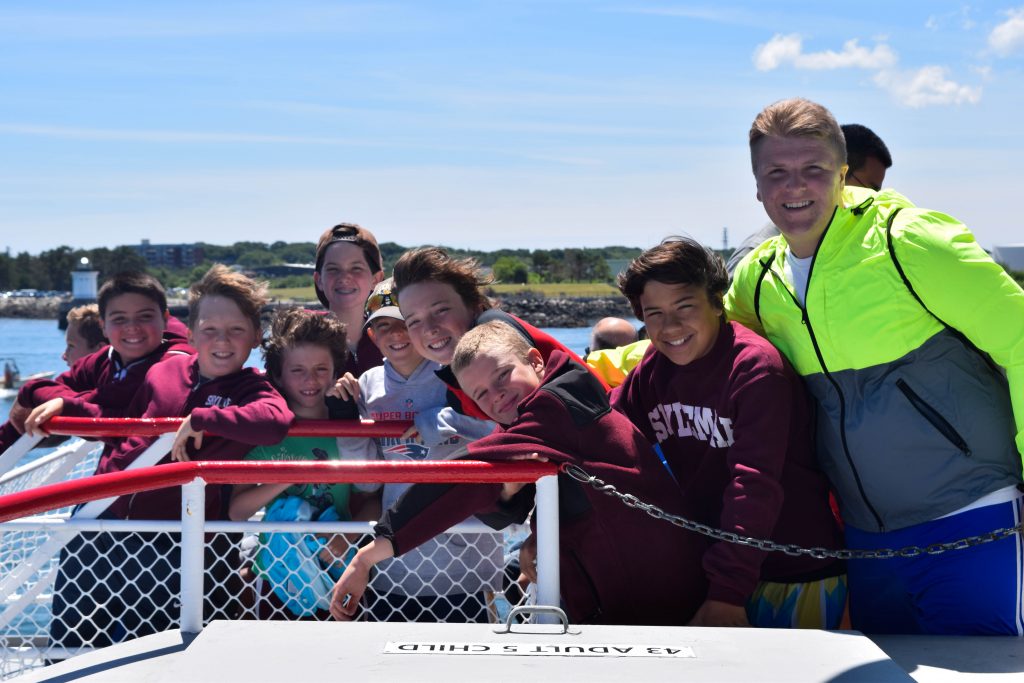 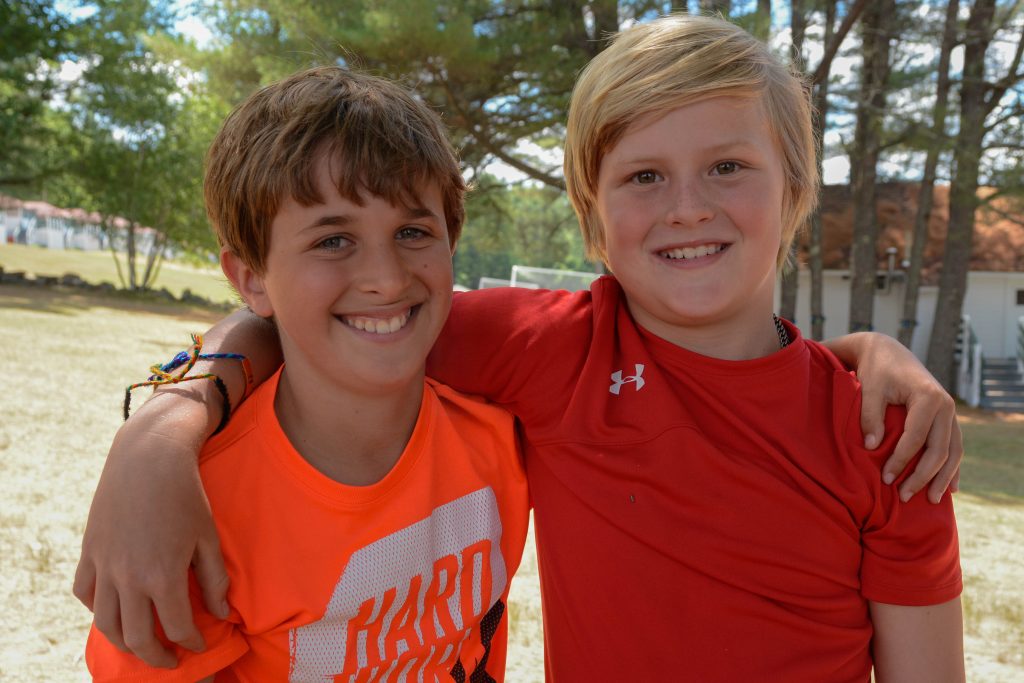 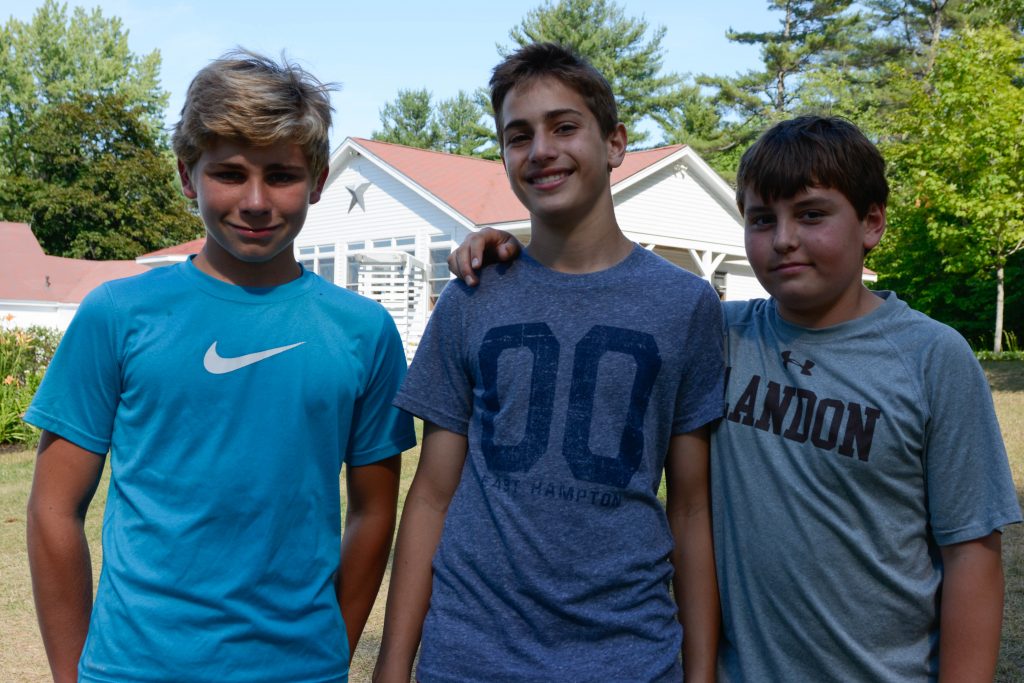 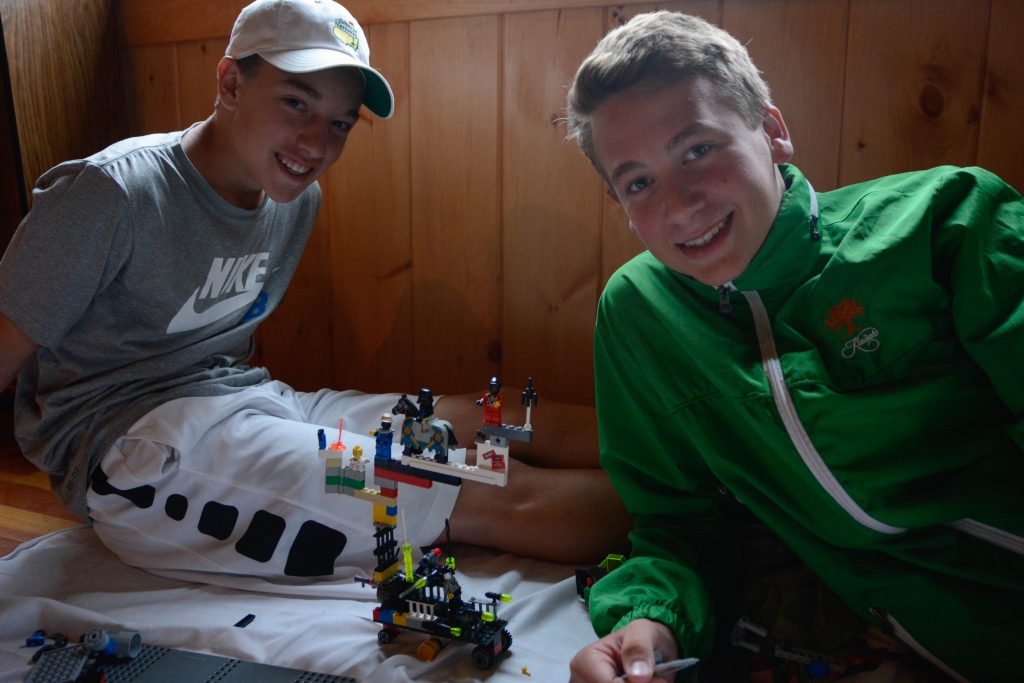 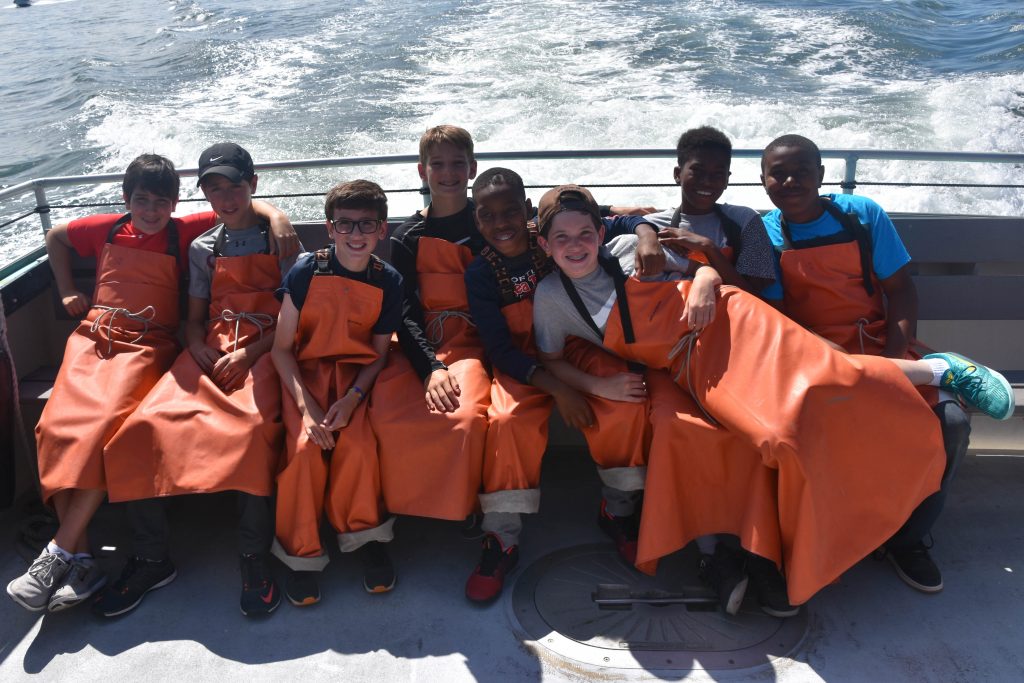 Perfect weather for lobster fishing! It was the Portland trip for some of the first year campers. They took a boat ride to see Peaks Island, had lunch by the harbor, then out to sea. It was exciting to pull the traps and throw them back in. They saw “The Secret Life of Pets” at a really cool theater that served dinner while they watched.

Back at camp, it’s Shirley Day! We honor the memory of Skylemar’s beloved grandmother to all, by sharing something happy. Ice cream was Shirley’s favorite, so on her birthday it’s served all day long. Anytime, as much as you want. Now that’s fun!

Out on the fields, fans watching U10 baseball on the Freddy Pierce were not disappointed! Game 1 was a come-from-behind effort. We were down 3-0 going into the bottom of the last inning. Sam M led off with a double to spark the rally. We tied the game, 3-3. With two outs and the bases loaded, Harry S came through with a walk-off hit to win the game 4 – 3. Caleb W and Jake combined to pitch a great game; standouts were Oliver D, Josh B, Ethan F and Leo M.

Game 2 was another exciting contest. Isaac G pitched two scoreless innings, striking out four batters while Skylemar scored three runs to support him. Max (from Spain) helped get us on the board with the first hit of his life in American baseball. This time it was our opponent's turn to rally late in the game, cutting the lead to 3 – 2. With multiple runners aboard, Sam M took the mound and earned the save, stranding the tying run in scoring position, completing the sweep.

New Clinics this week, which you’ll get to sample on Visiting Day. There’s Basketball Three On Three, Boating and Bracelet Making, Ninja Warrior at the Ropes Course. Golf, Volleyball, Hockey, Soccer and Lax of course, plus Cooking at the Skydeck. Shep’s Great Adventure is a behind-the-scenes look at camp, Splish Splash at the Waterfront, Waterskiing, and Tennis with an emphasis on perfecting the volley. Noah had the most sign-ups ever for Shelter Building. They’ll even sleep in the structures they build.

Speaking of building, a new program for 7th period is Fort Building. Wait till you see this architecture!

Wild Game Hunt for Evening Activity. It’s a giant game of hide and seek, when the counselors hide in crazy places. Lots of tree climbers to spy, as well as those crouched under things. Peter was found in the recycling bin with cardboard on top. Others still haven’t been found…