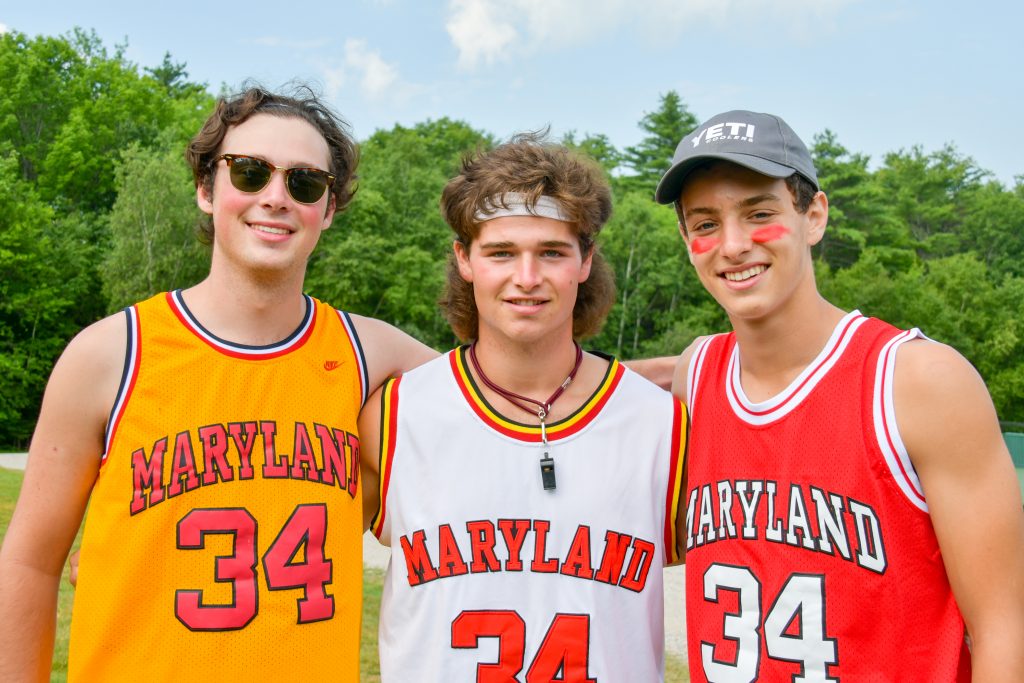 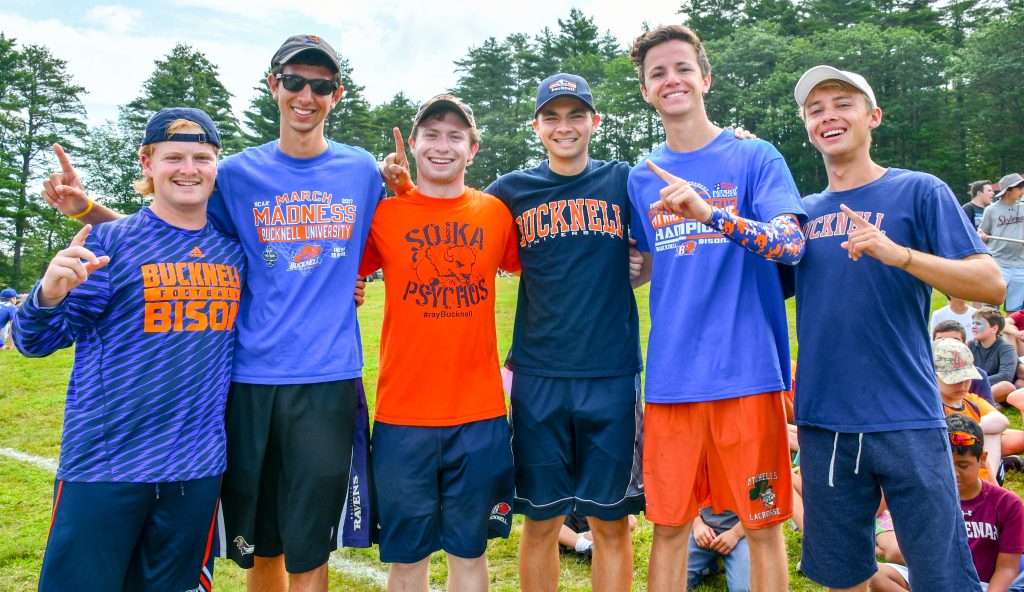 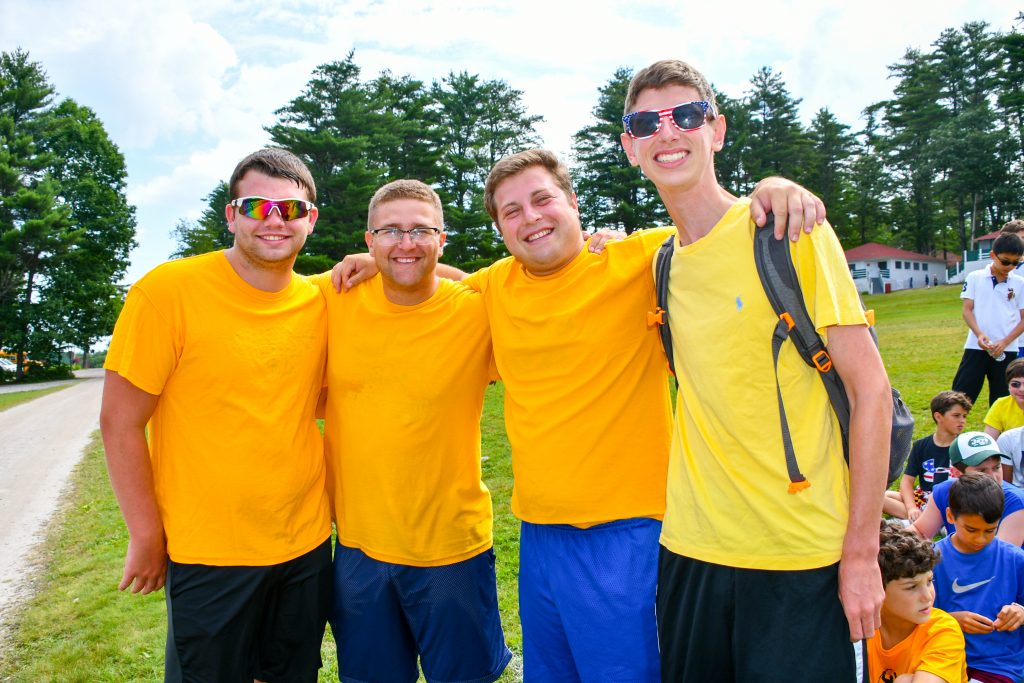 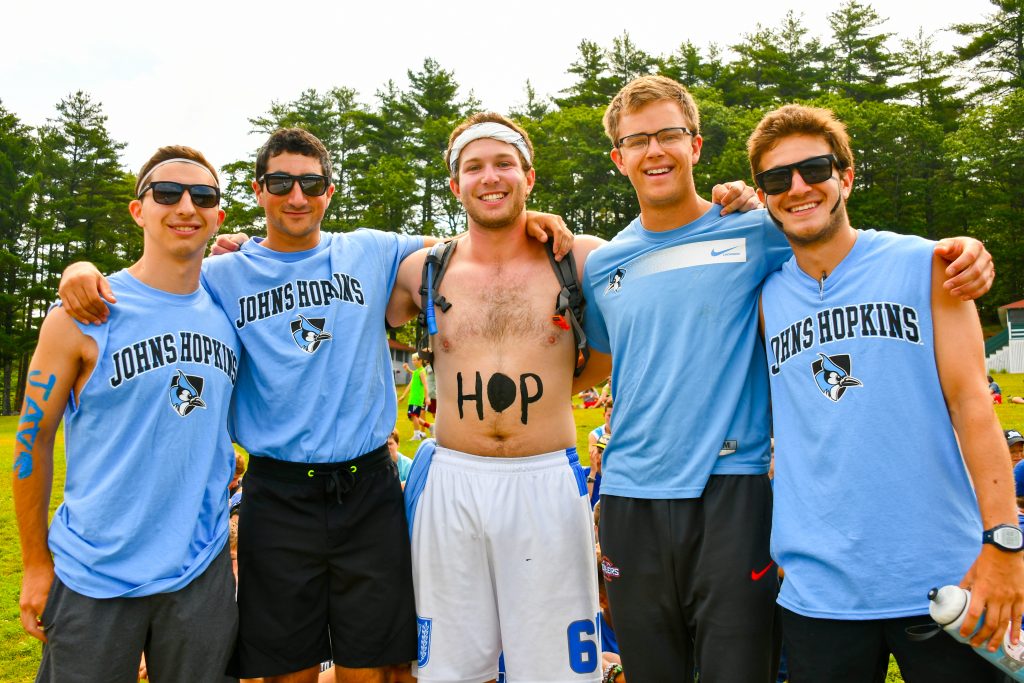 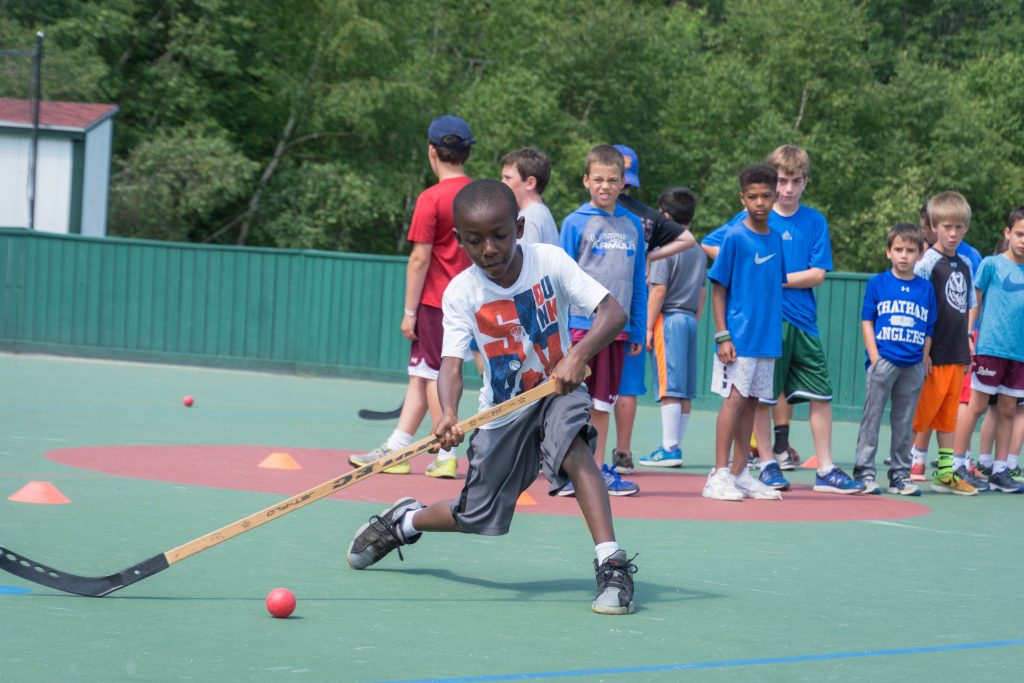 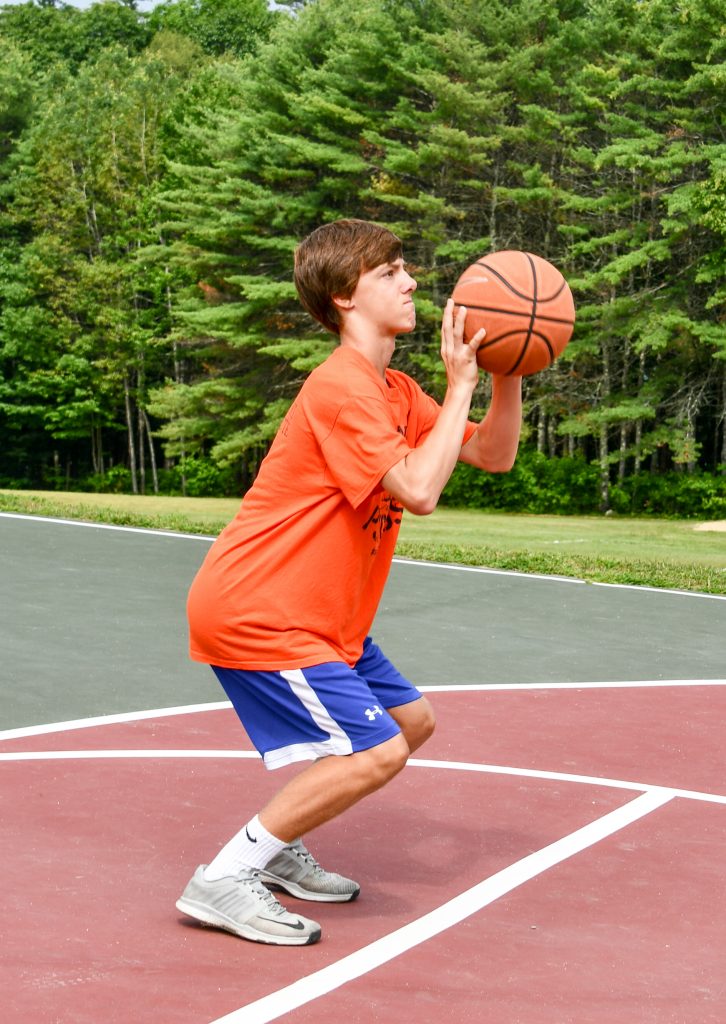 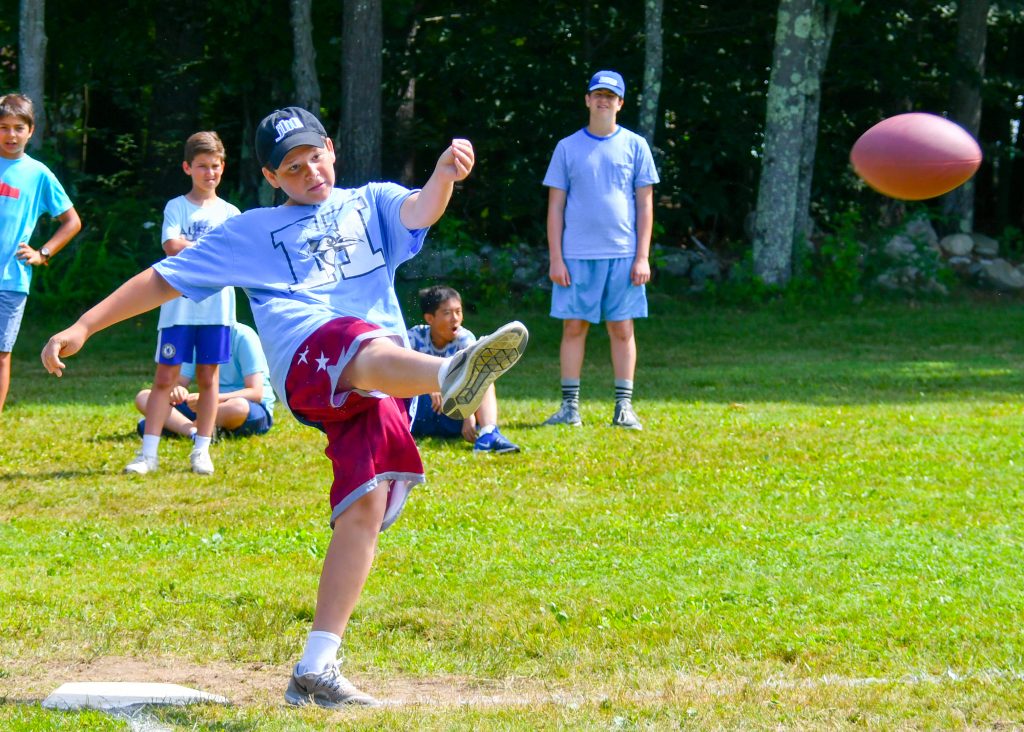 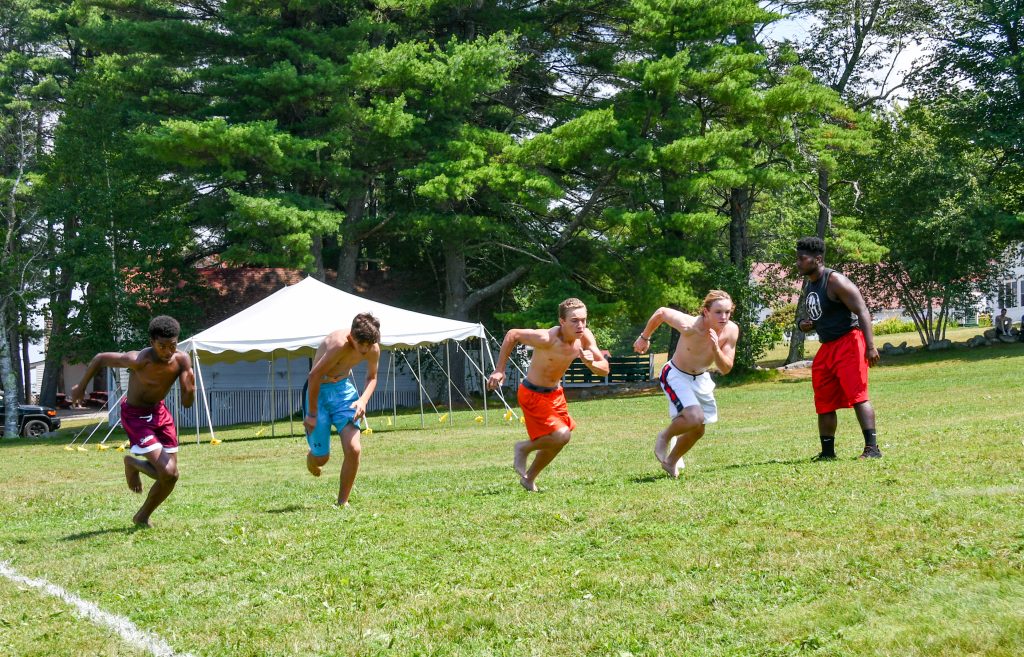 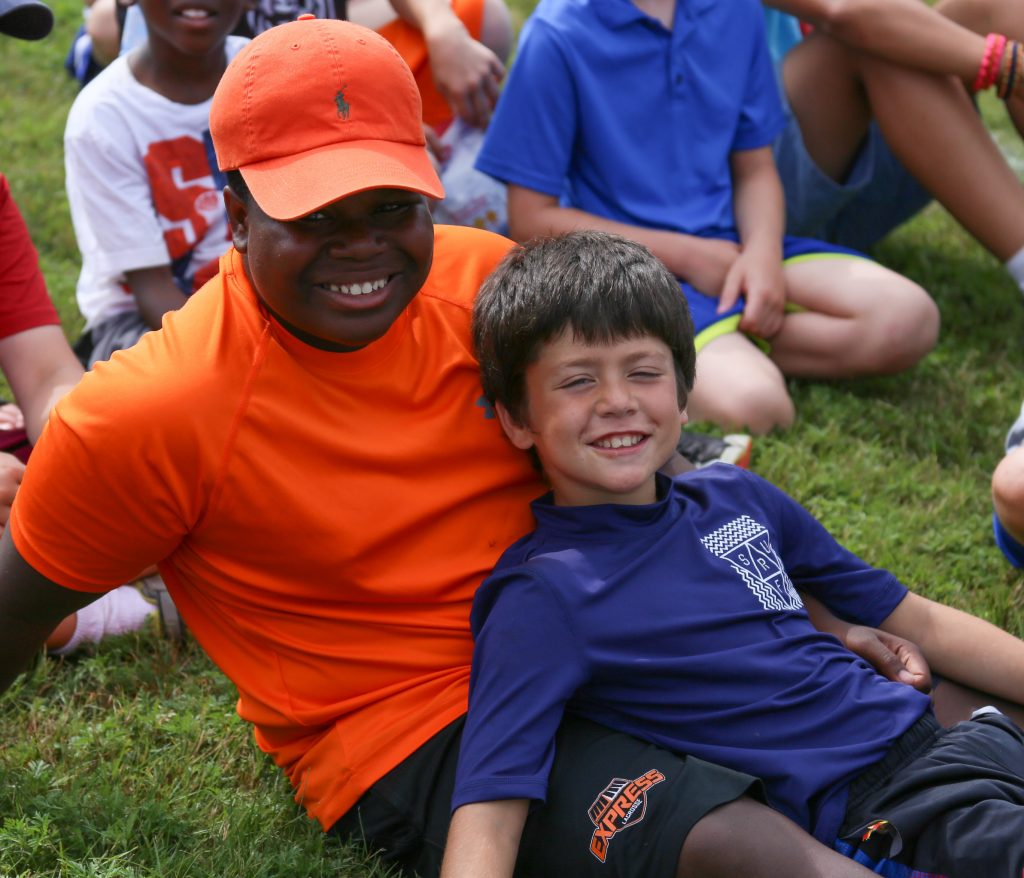 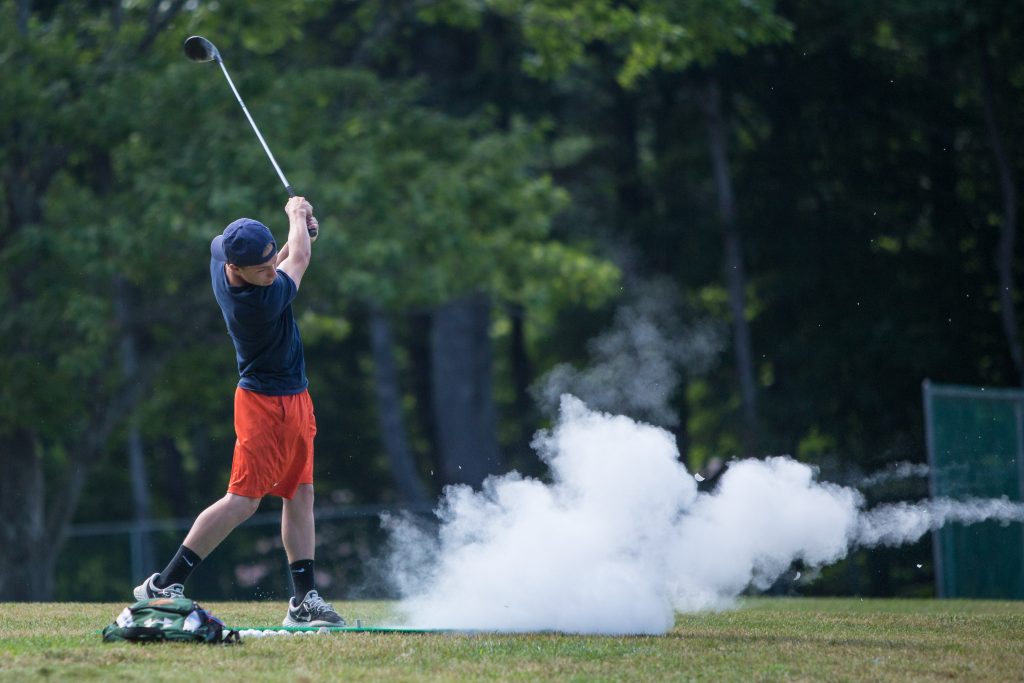 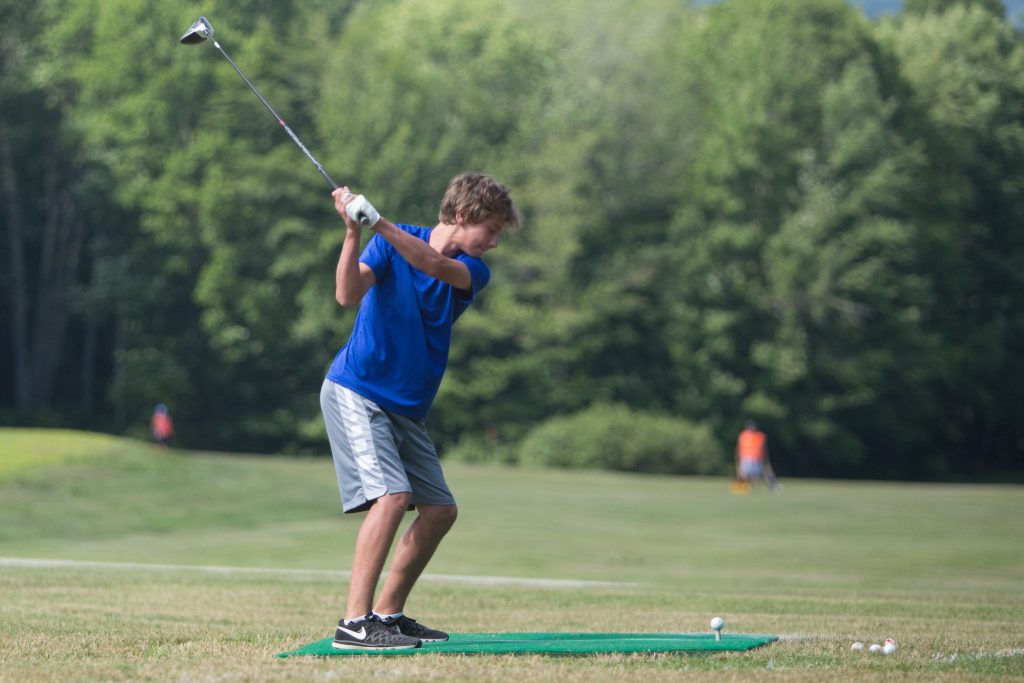 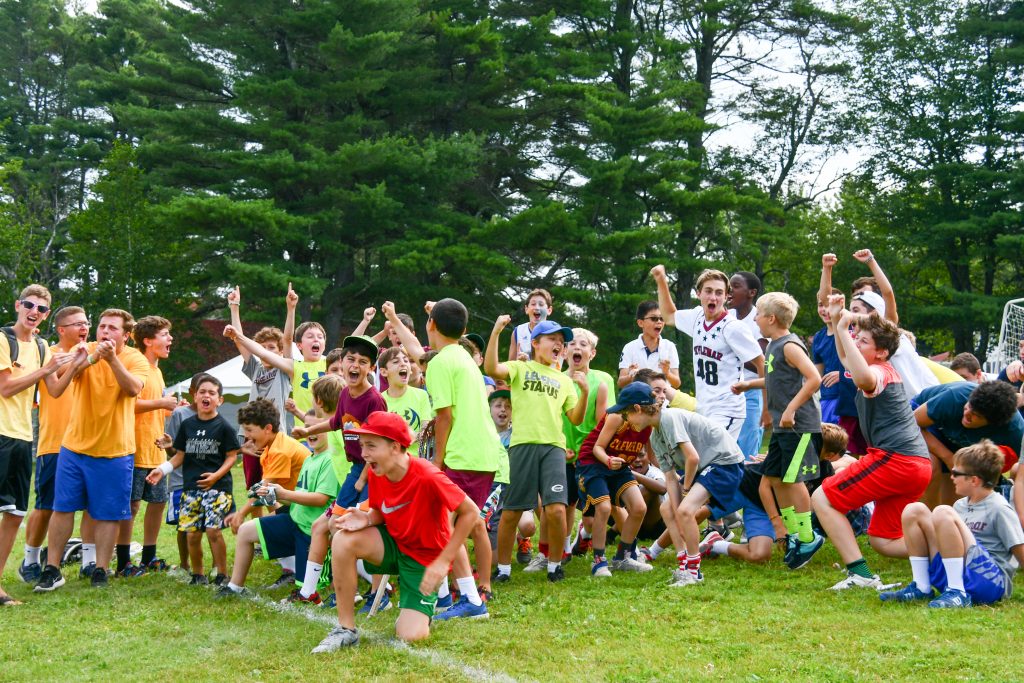 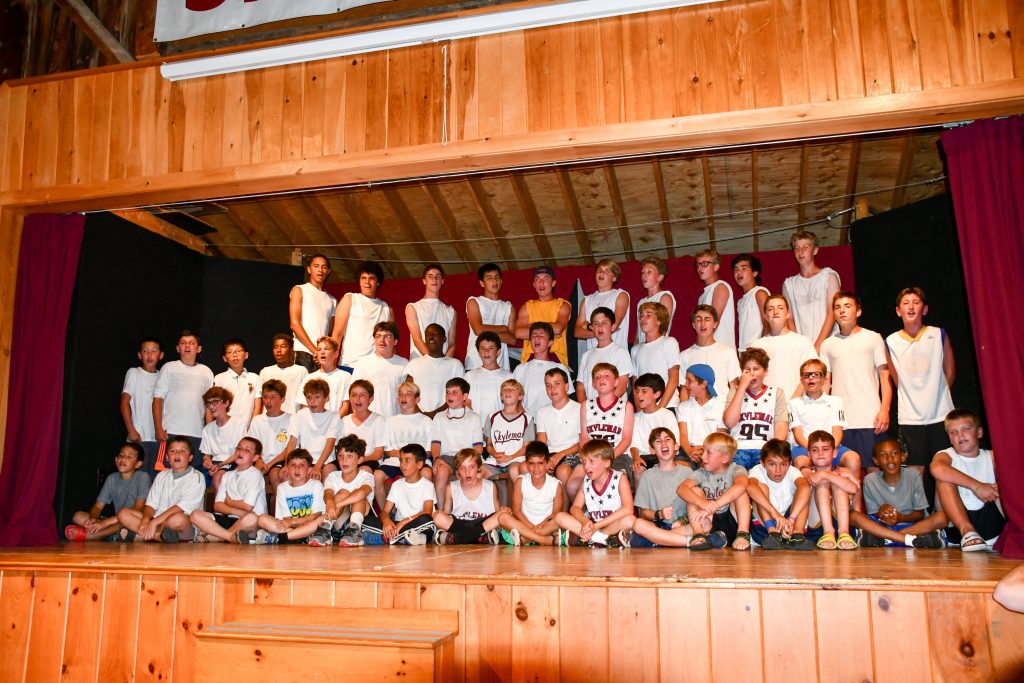 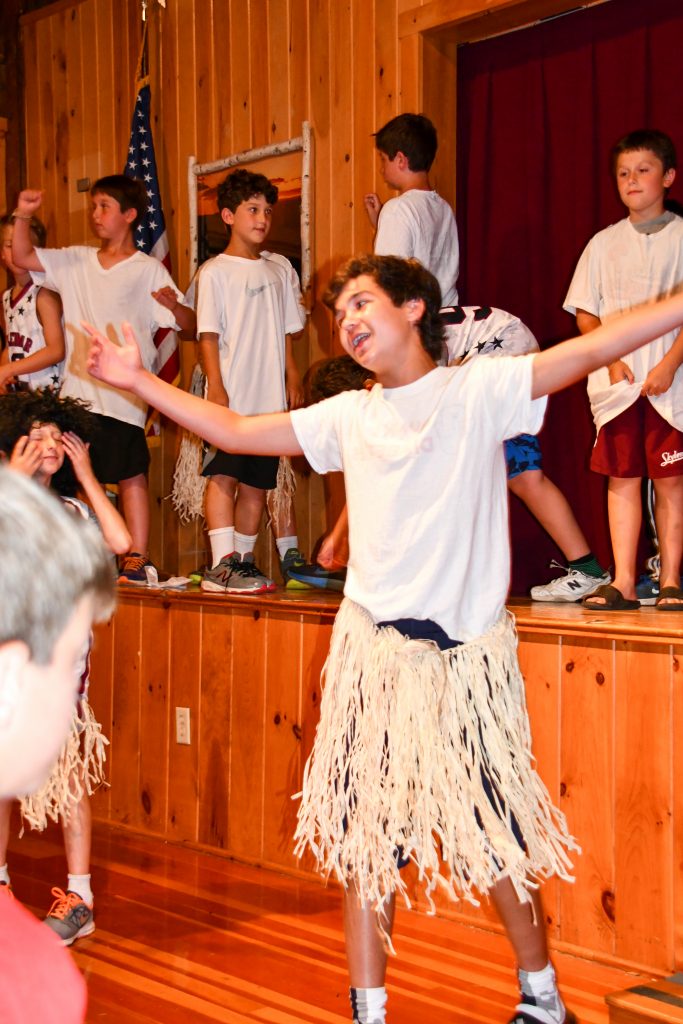 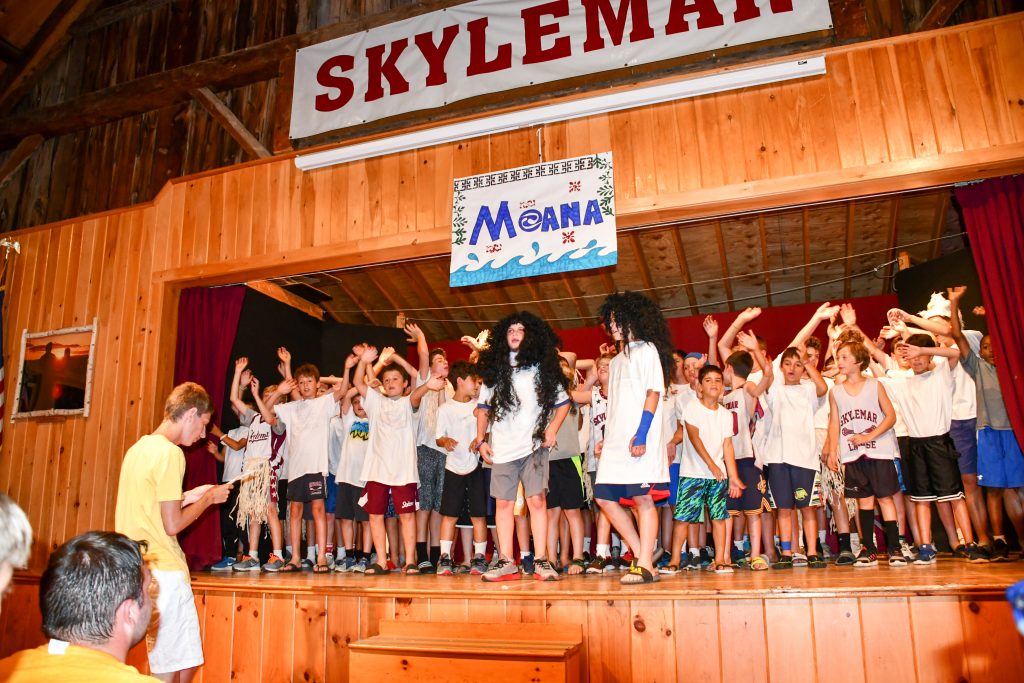 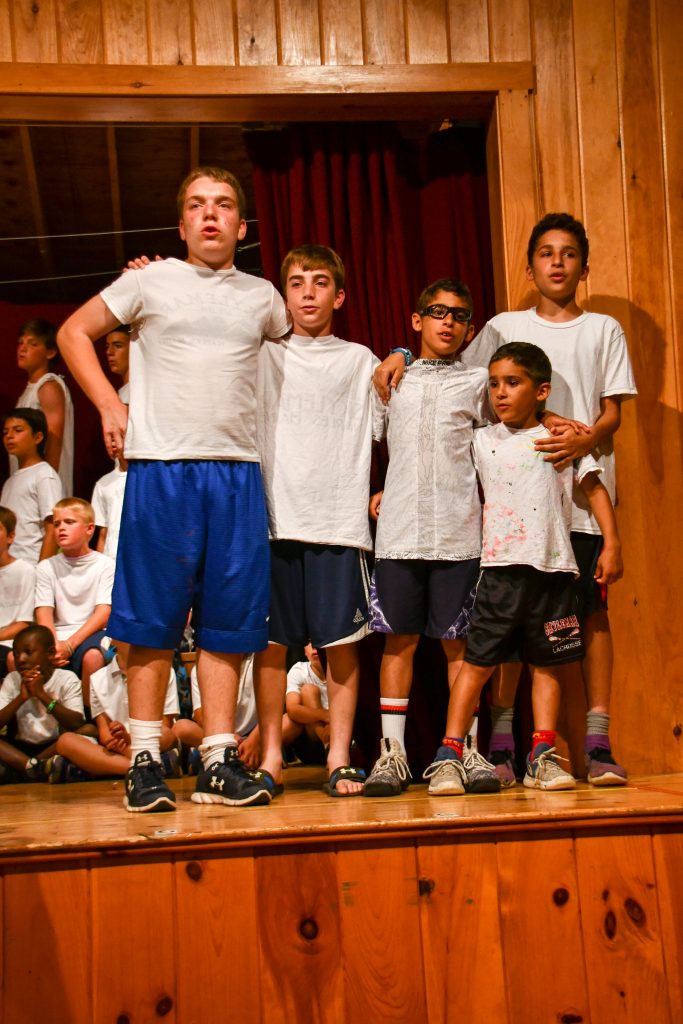 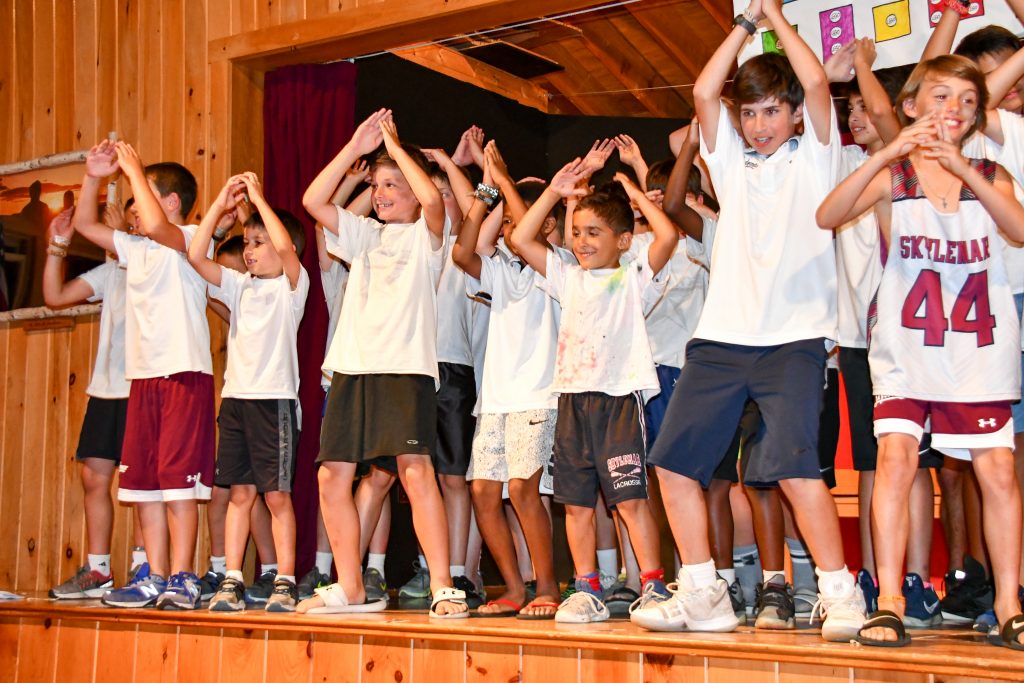 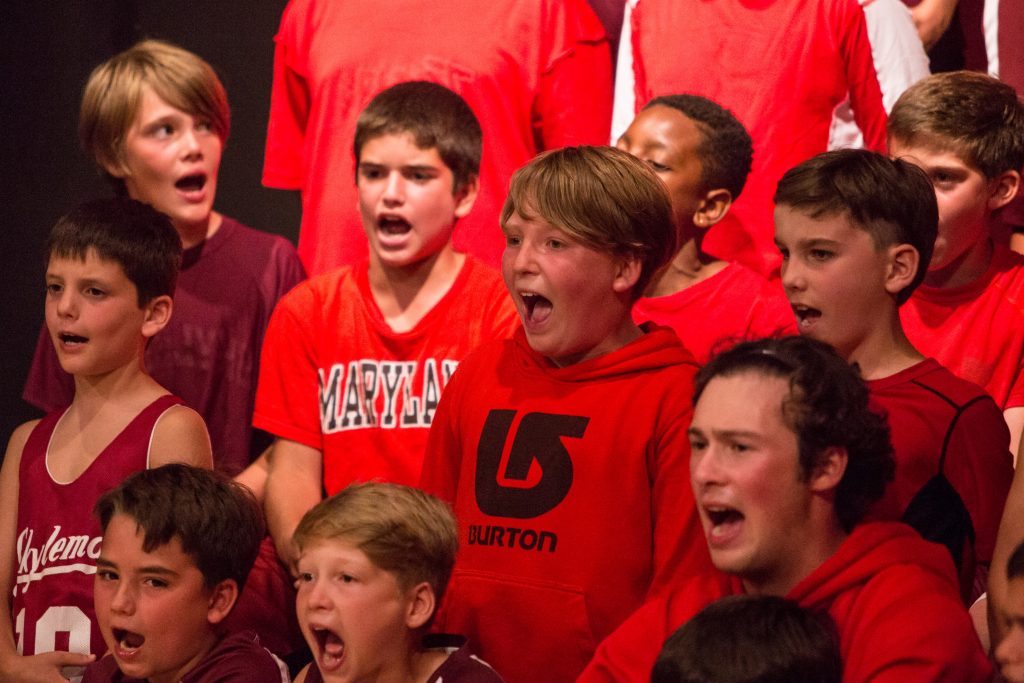 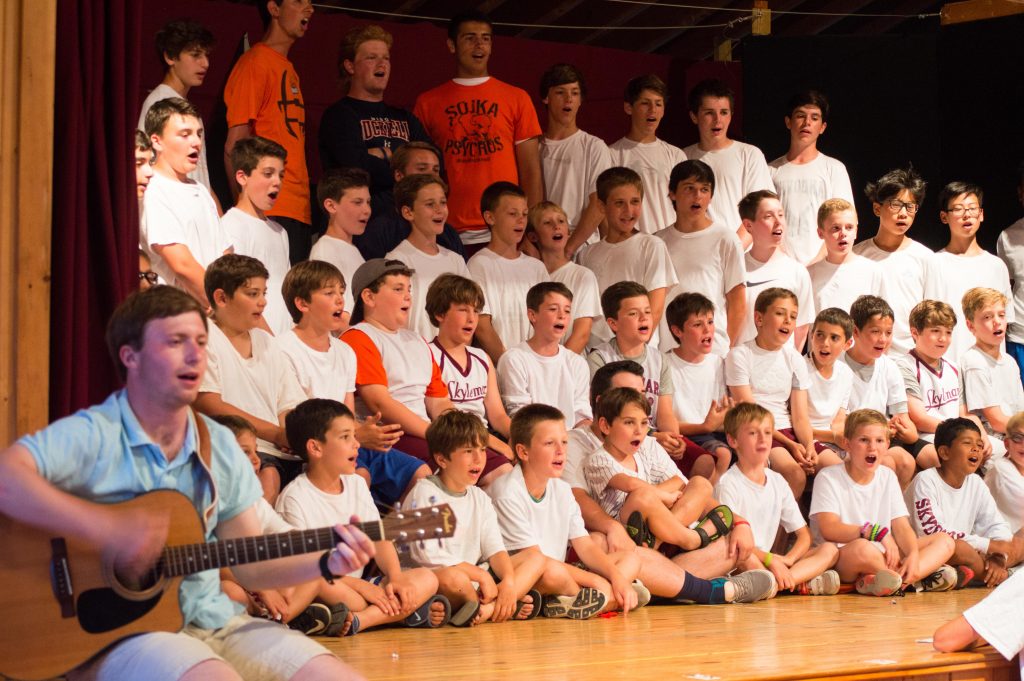 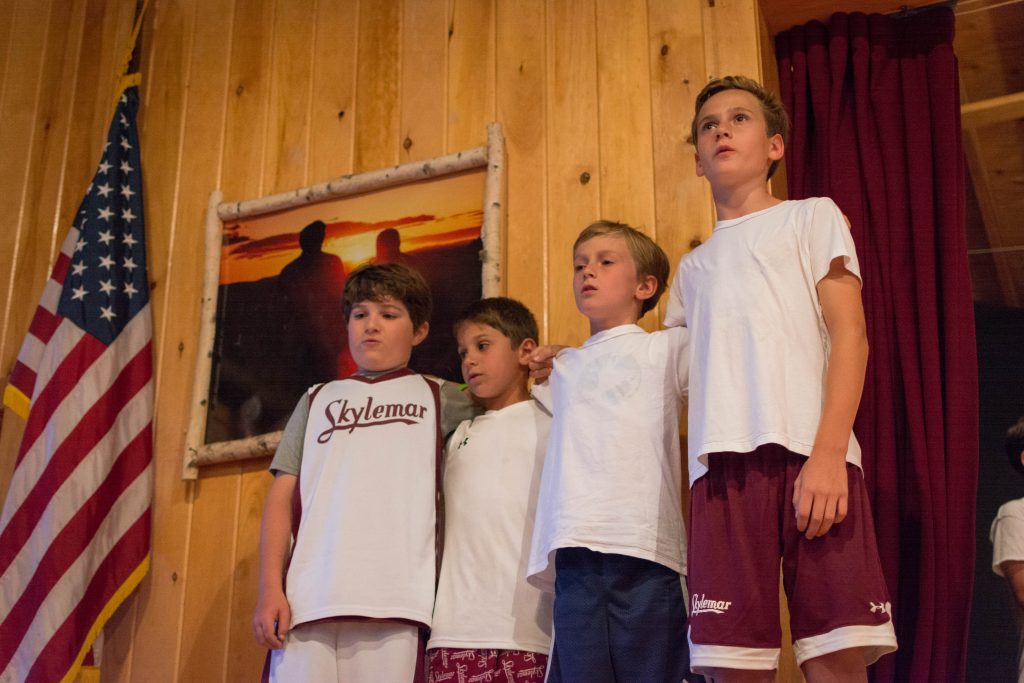 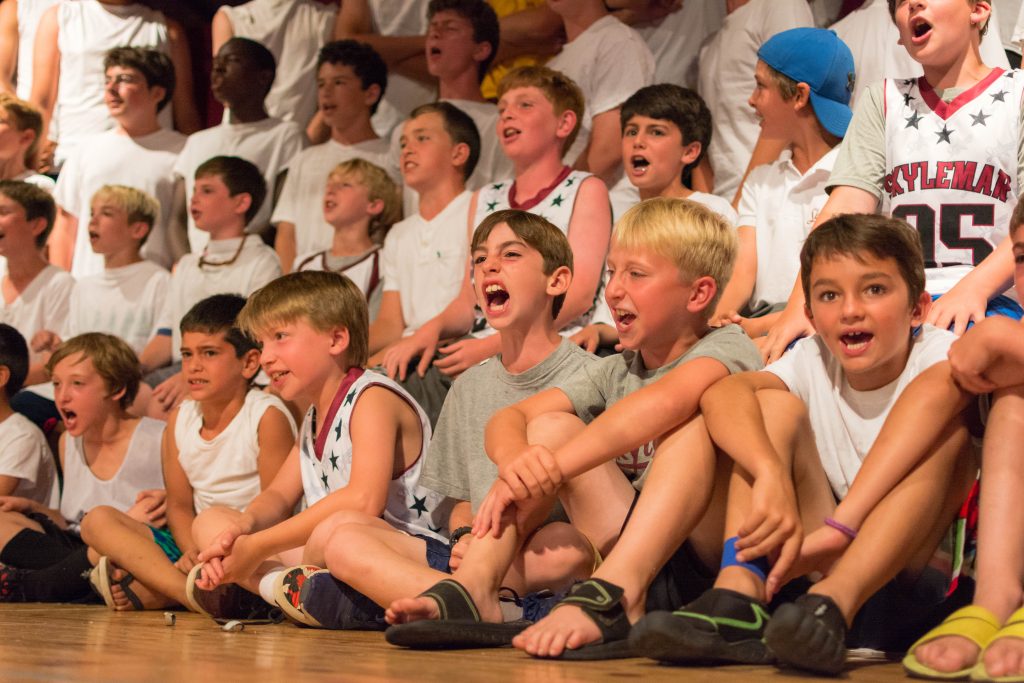 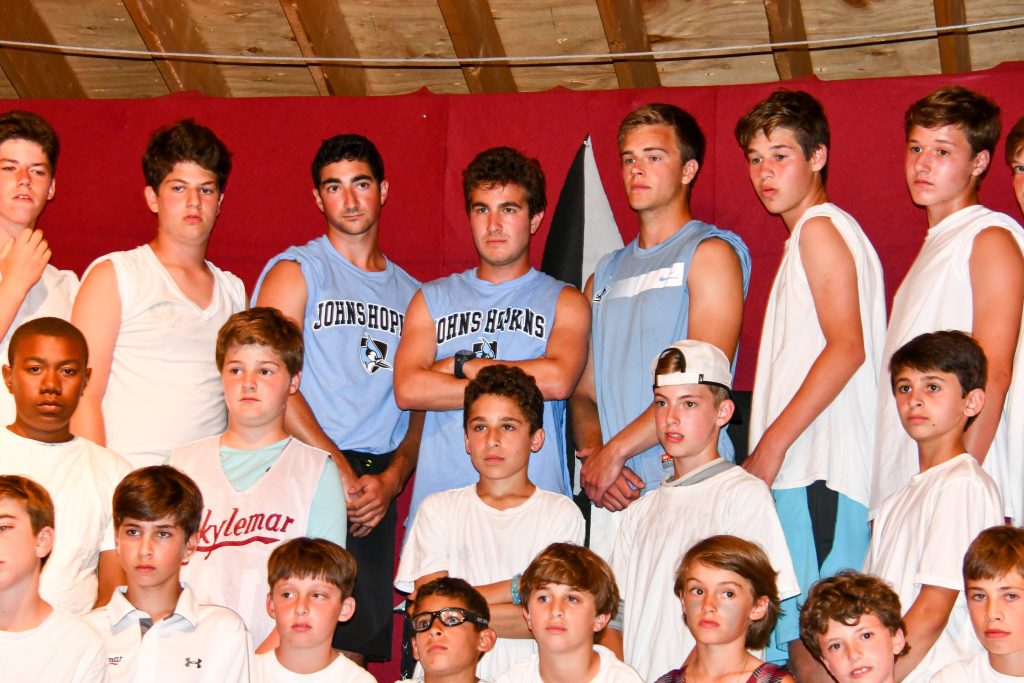 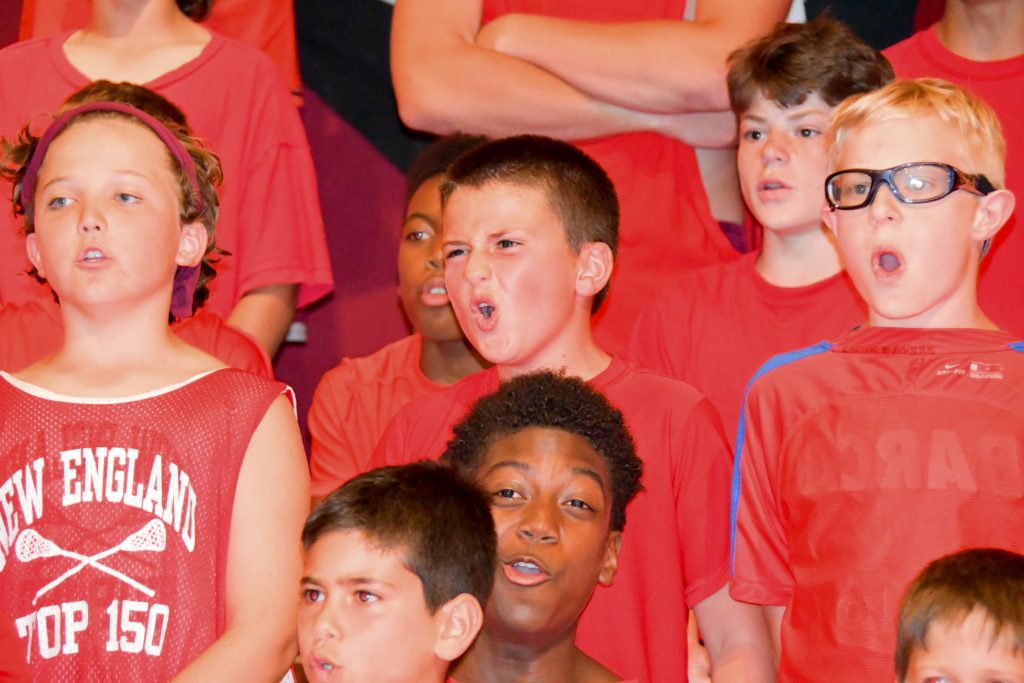 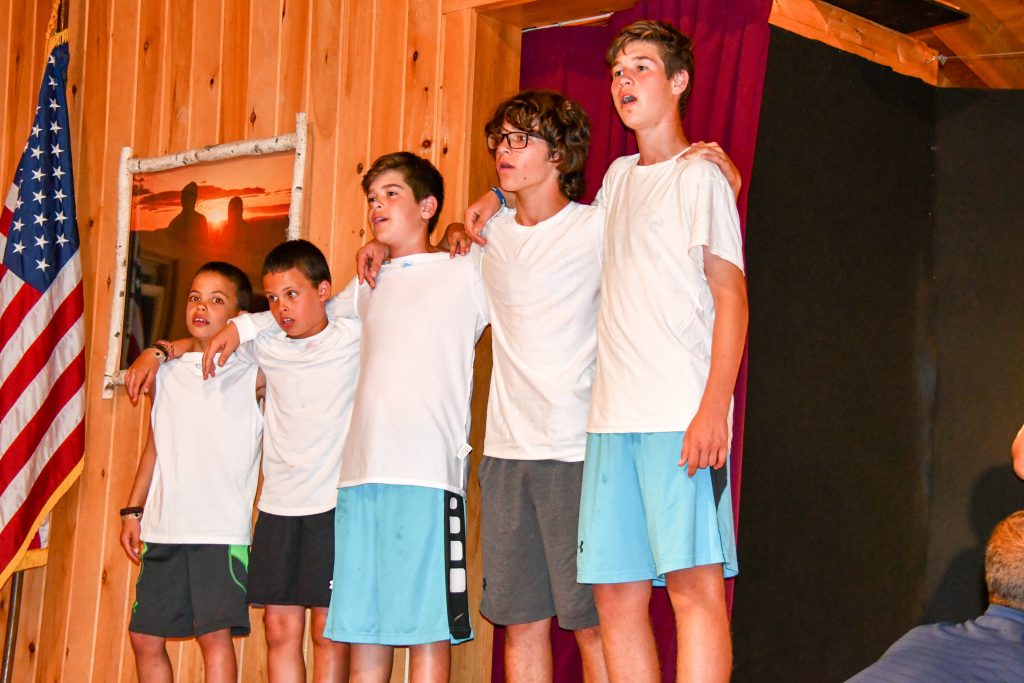 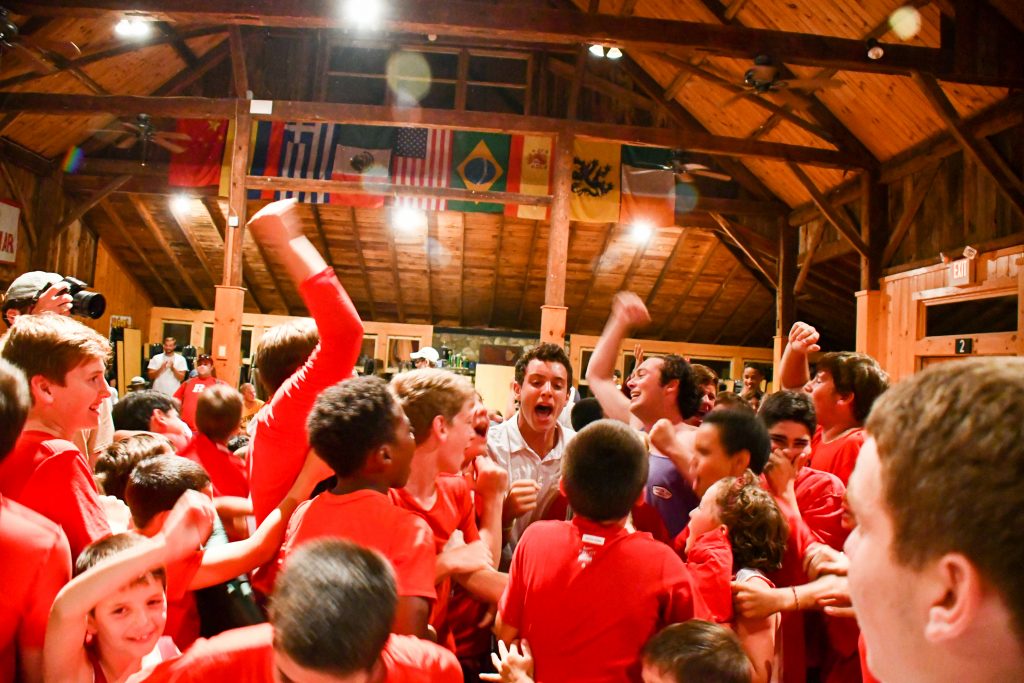 Following morning inspection, Shep called the entire camp down to the basketball courts for the beginning of one of Skylemar’s most spirited traditions:

IC Day is our annual competition between 4 collegiate teams (selected by their counselor leaders): this year, the University of Maryland, Bucknell, Georgia Tech, and Johns Hopkins University were well-represented by their classes of Freshmen (Bunks 1-6), Sophomores (Bunks 7-12), Juniors (Bunks 13-19), and Seniors (Bunks 20-29).

Individual skills (as opposed to team sports) were on display at various venues around camp. Accuracy (Basketball Free-throw shooting, Lacrosse throw, Baseball pitch, Soccer and Hockey shots-on-goals, Tennis and Ping Pong volleys); Distance (Football punt and Golf drive); and Speed (the “Dash”) were tested throughout the day.  Points were tallied for each team as all “classmates” participated and added to each school’s cumulative total team score.

The culmination of the day is “Songs & Cheers”.  It’s when the most points are awarded, and ultimately determines the winner.  Here’s how it works:

Teams leaders prepare songs that are taught to the kids over the last several days.  Each team must perform Team and Camp Cheers, Team Fight Song, Old Camp Song, Original Camp Song and a Production Number.  The production number is sort of like a mini play with the whole team on stage.  They chose "Bieber Fever", "Moana", "Christmas in July" and "Legoland".

The judges look for participation, originality, continuity, energy, and overall impression.  And so…they sing with all their heart.  Full determination on every face.  They really do know the words, inside and out.

Best part of seeing our guys perform on stage is to watch how much fun their having.  Perhaps the audience is confused occasionally, but if they have fun that’s all that matters.  It is of course adorable to watch.  They even dance!

When the fourth team’s finished, the judges dash out for deliberation.  Before long we learn that...