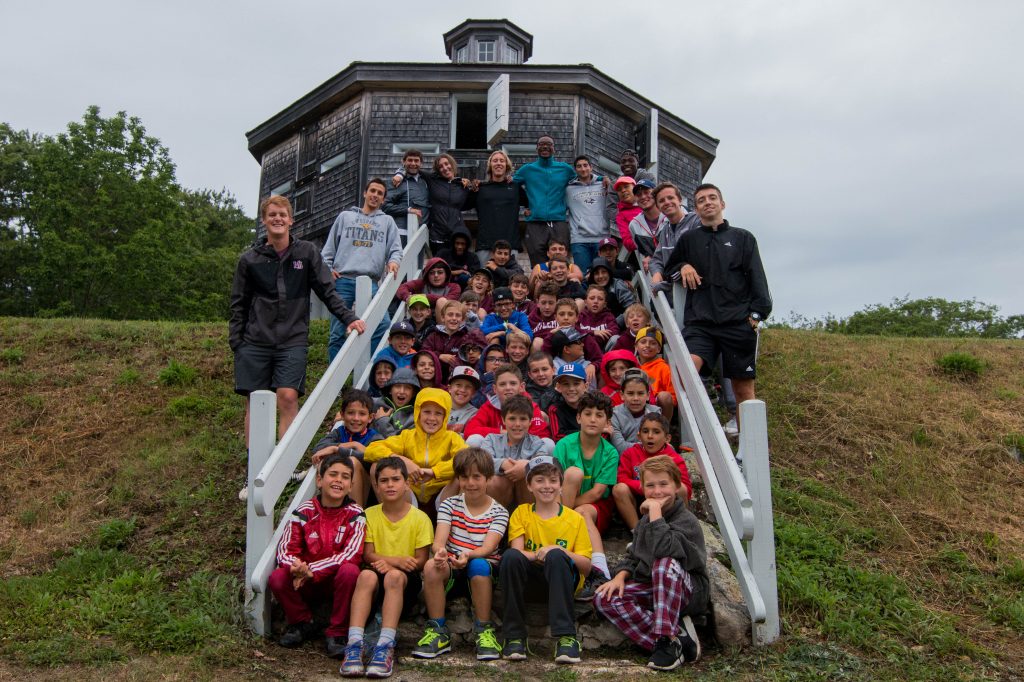 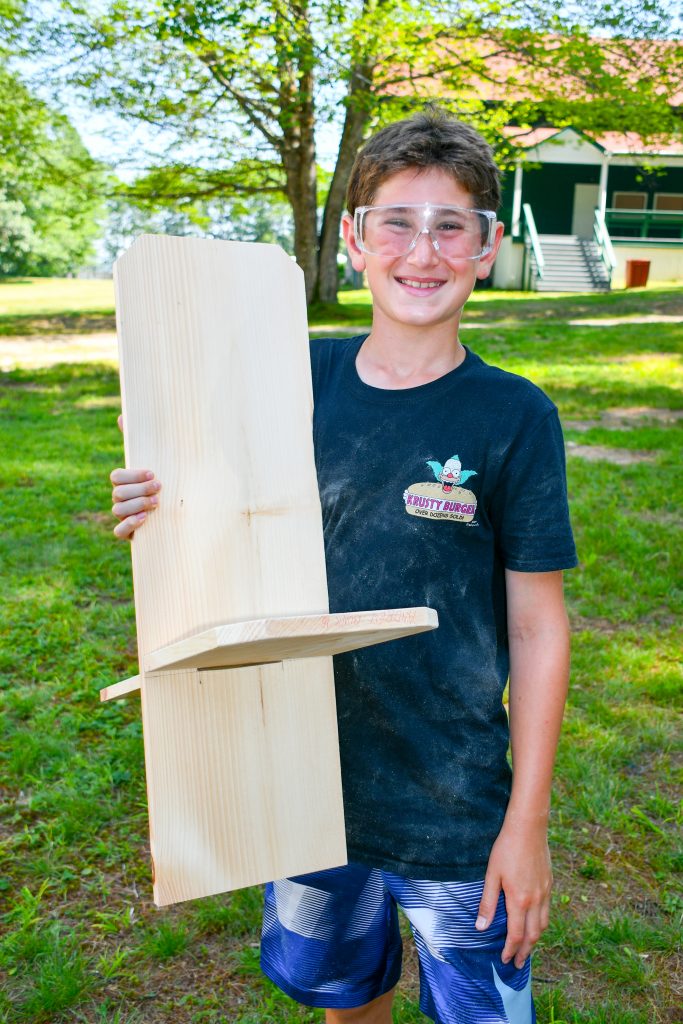 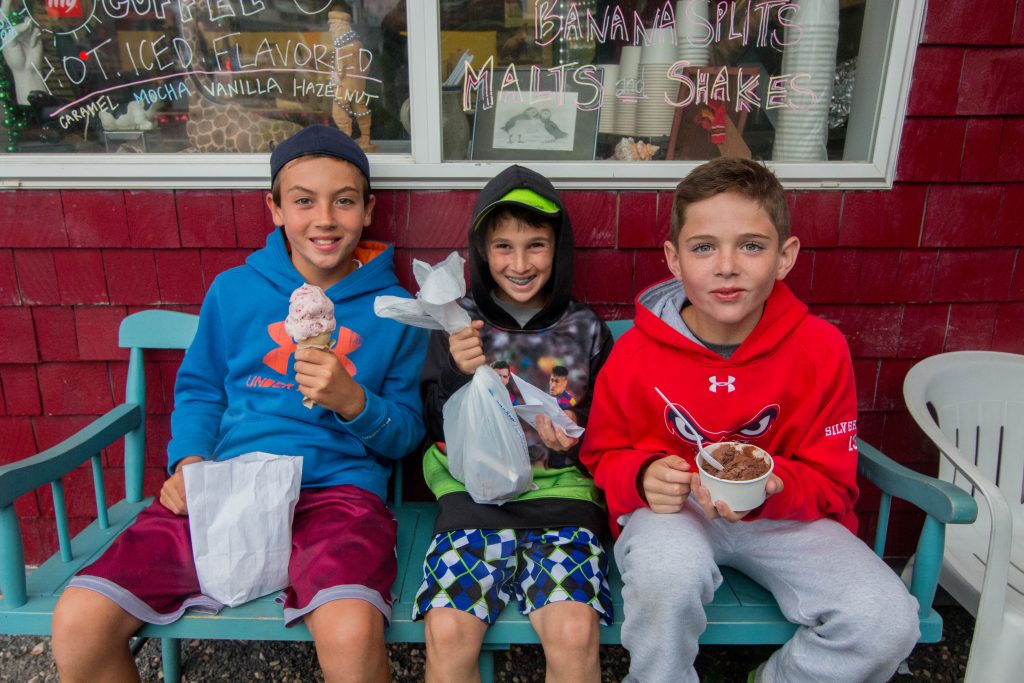 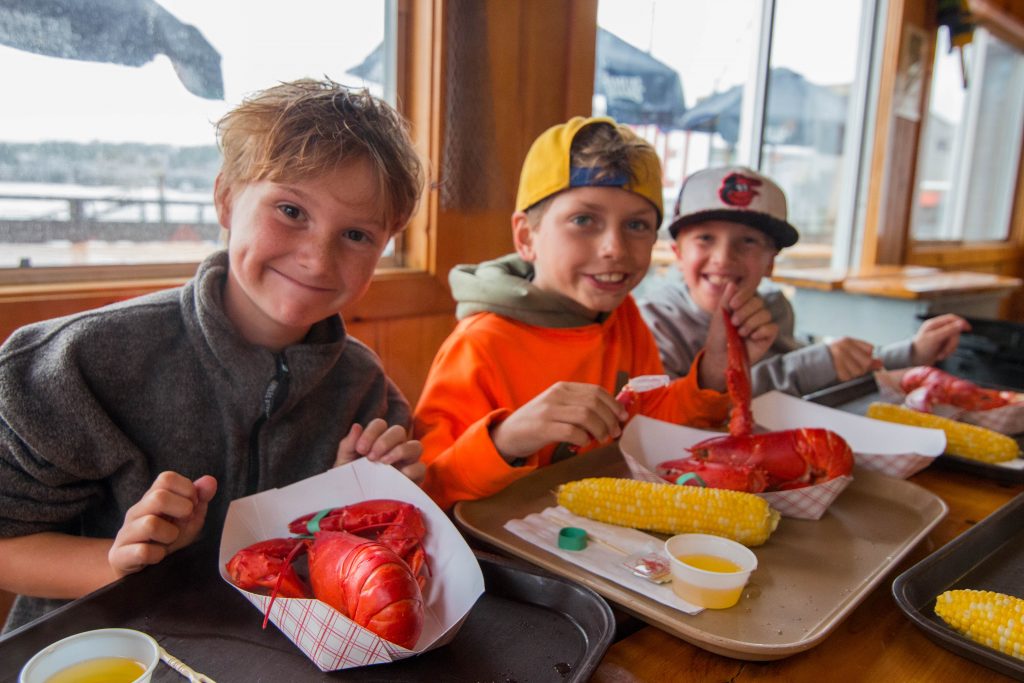 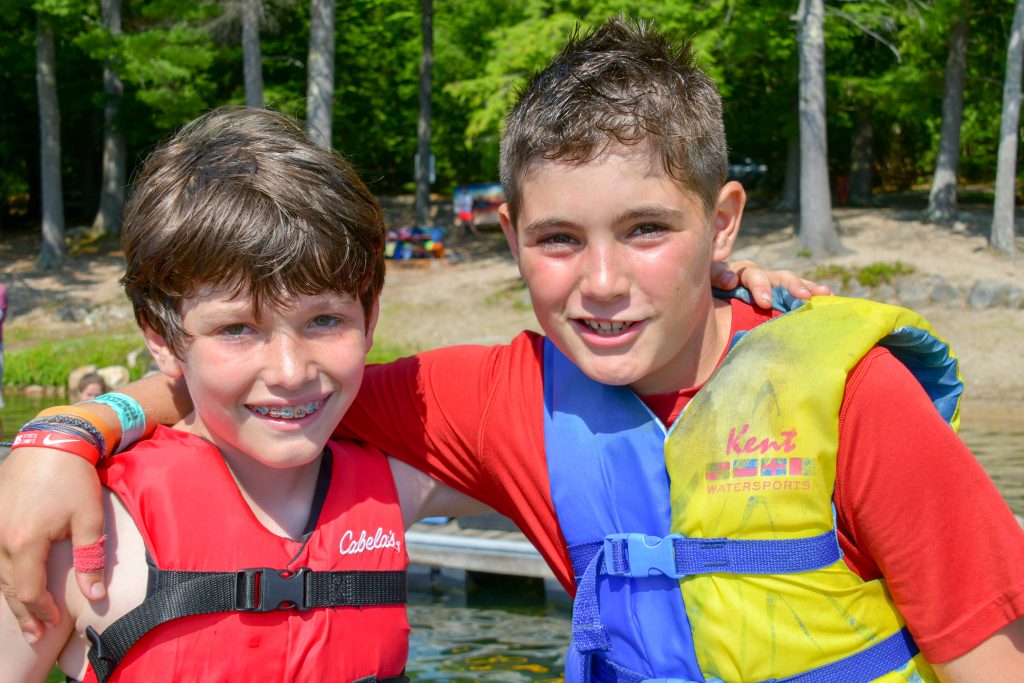 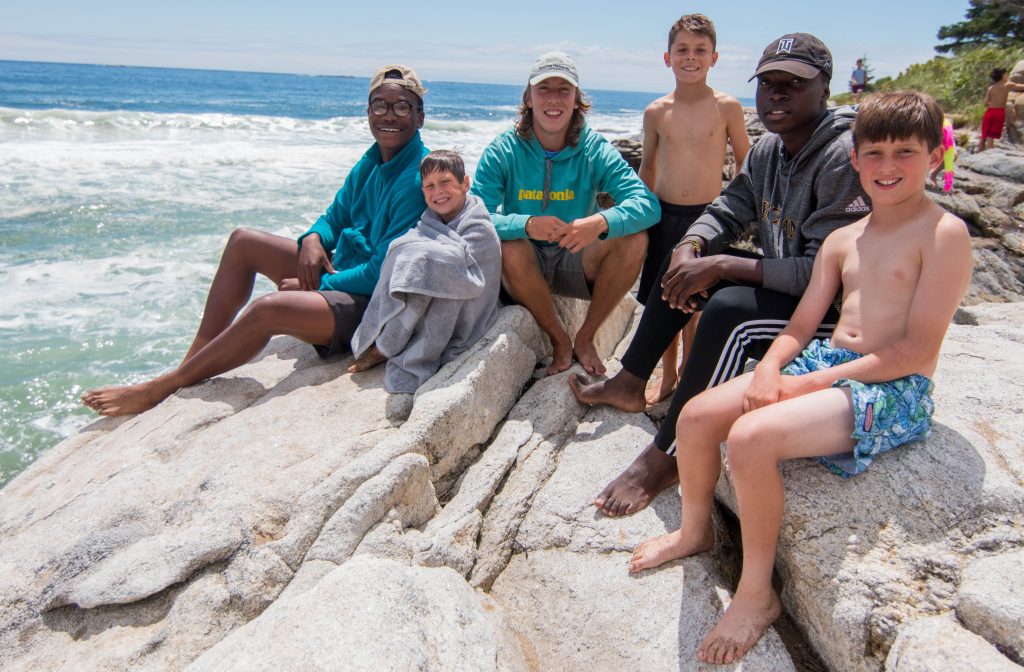 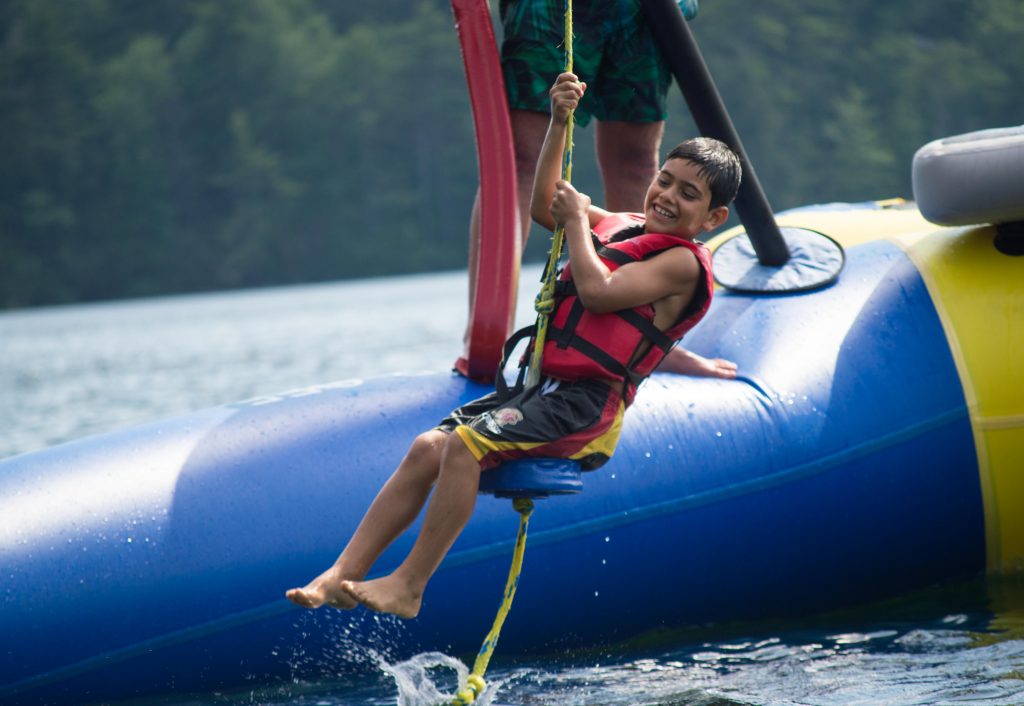 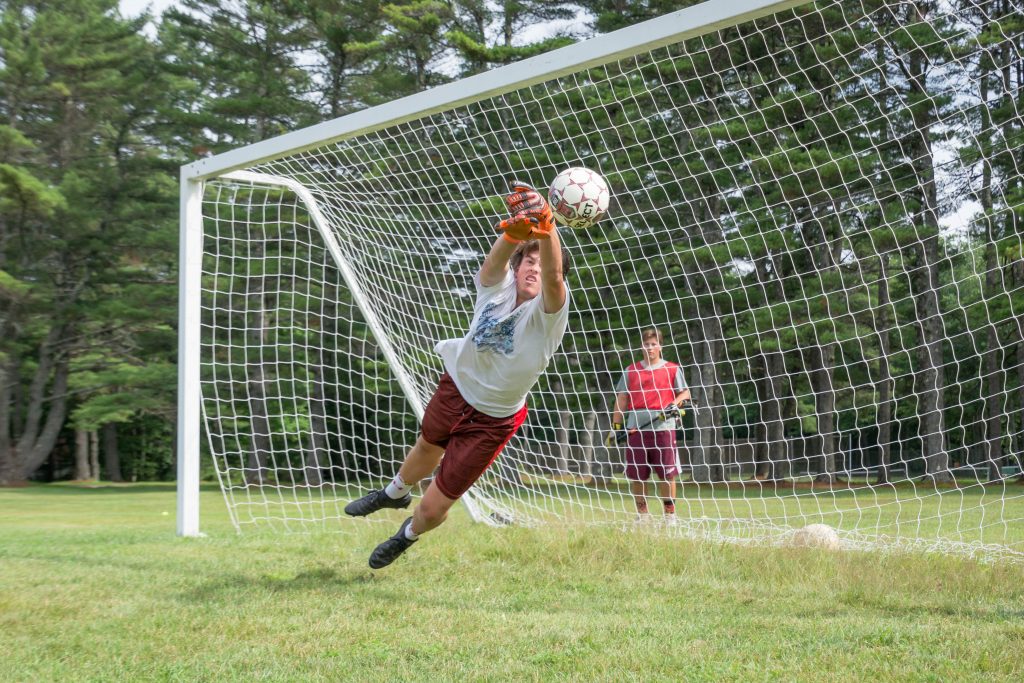 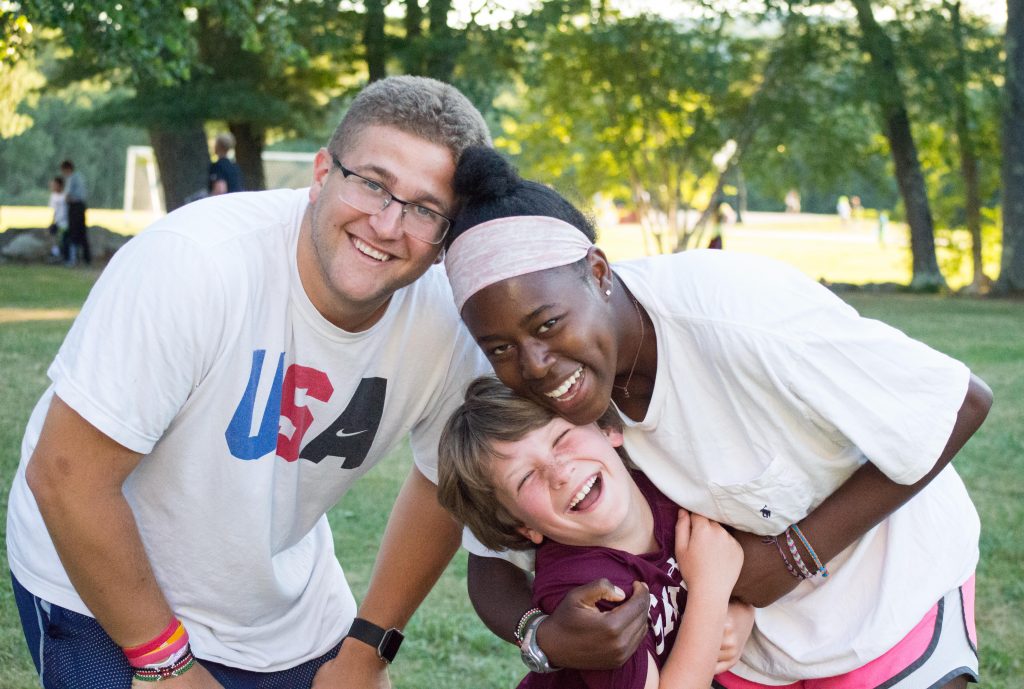 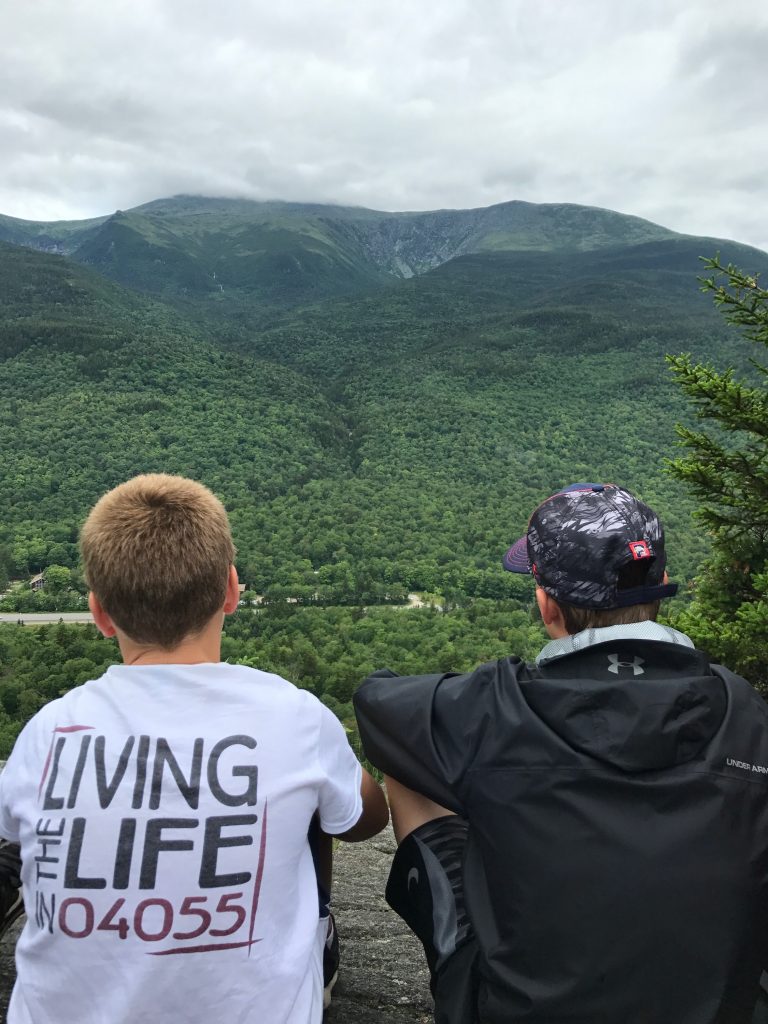 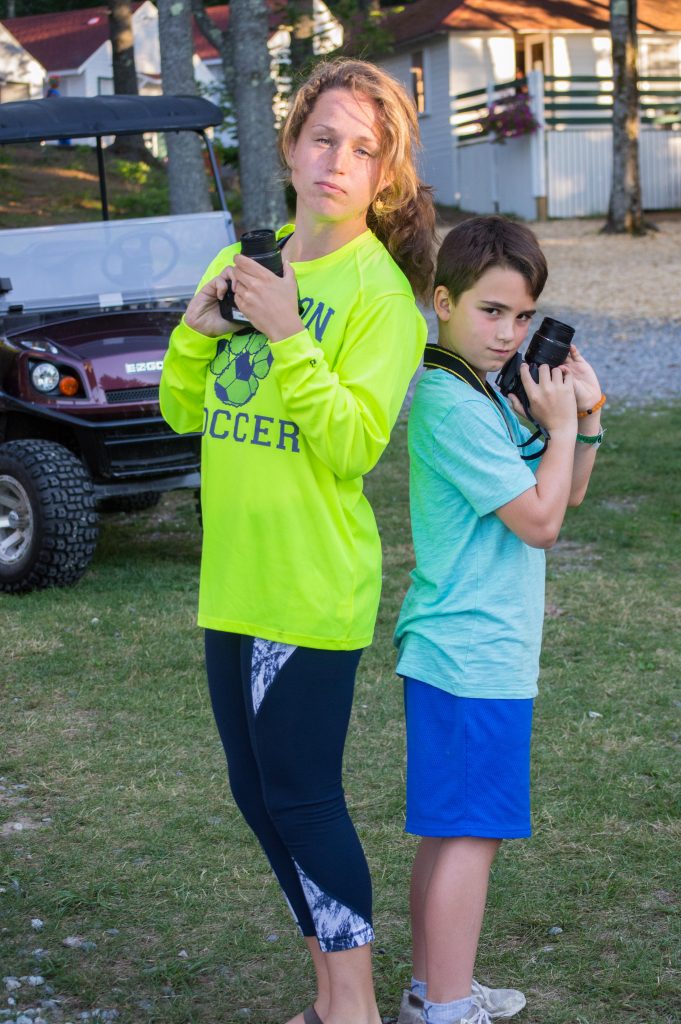 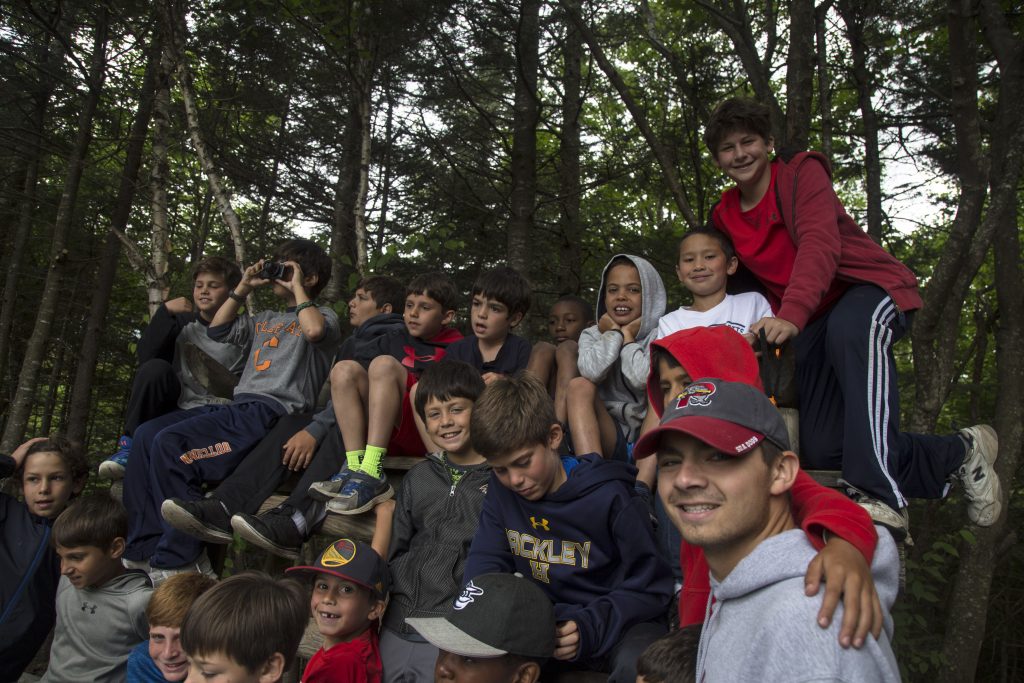 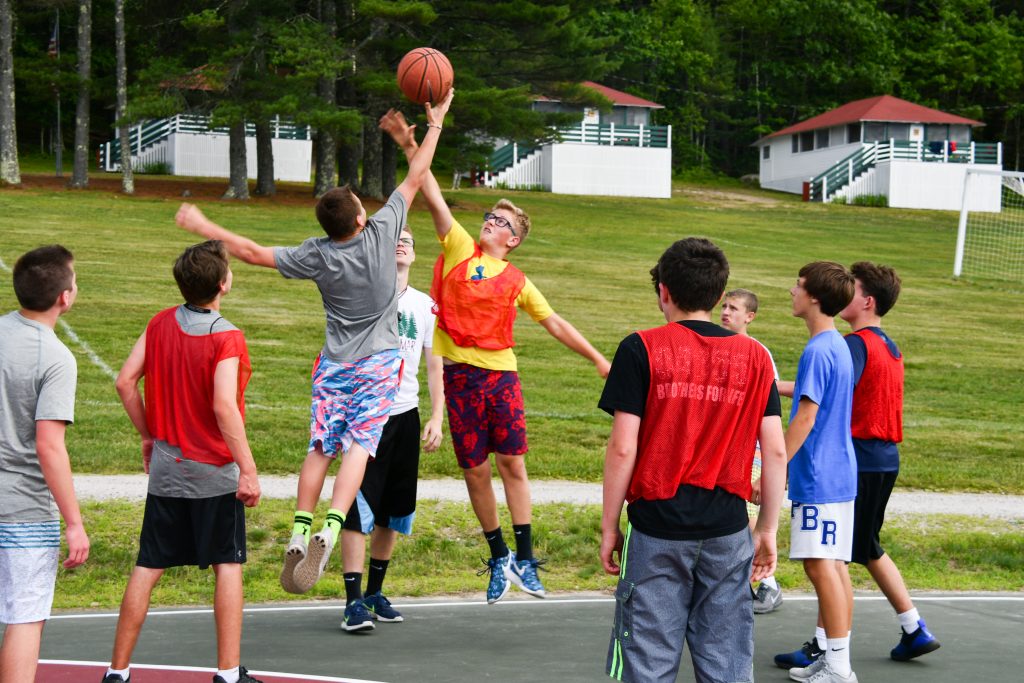 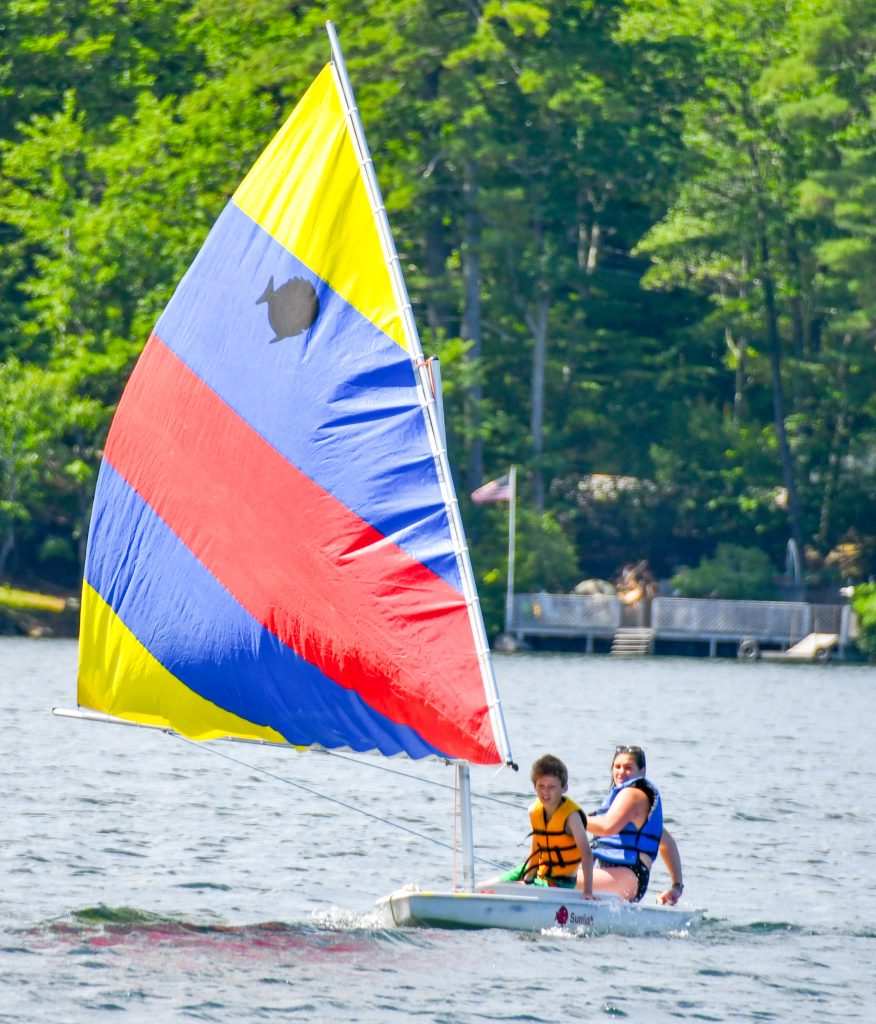 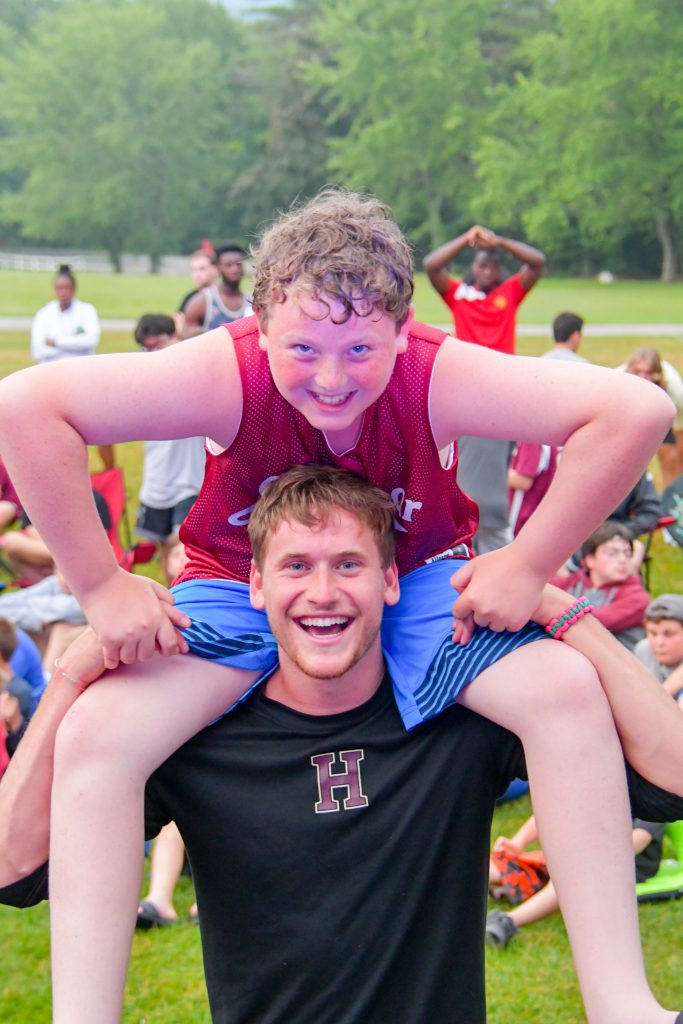 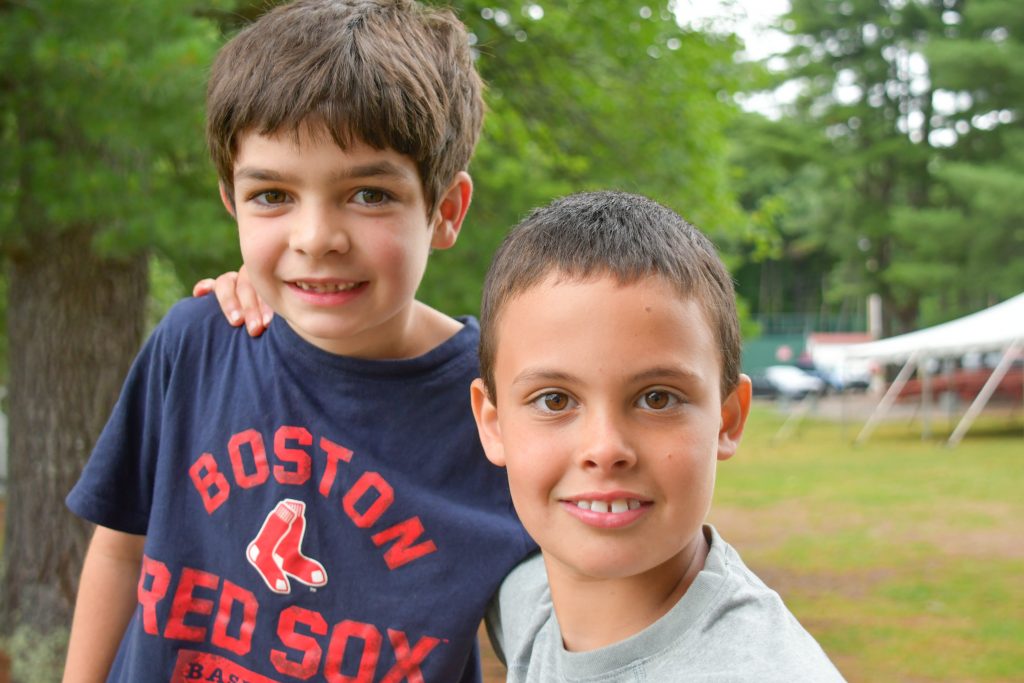 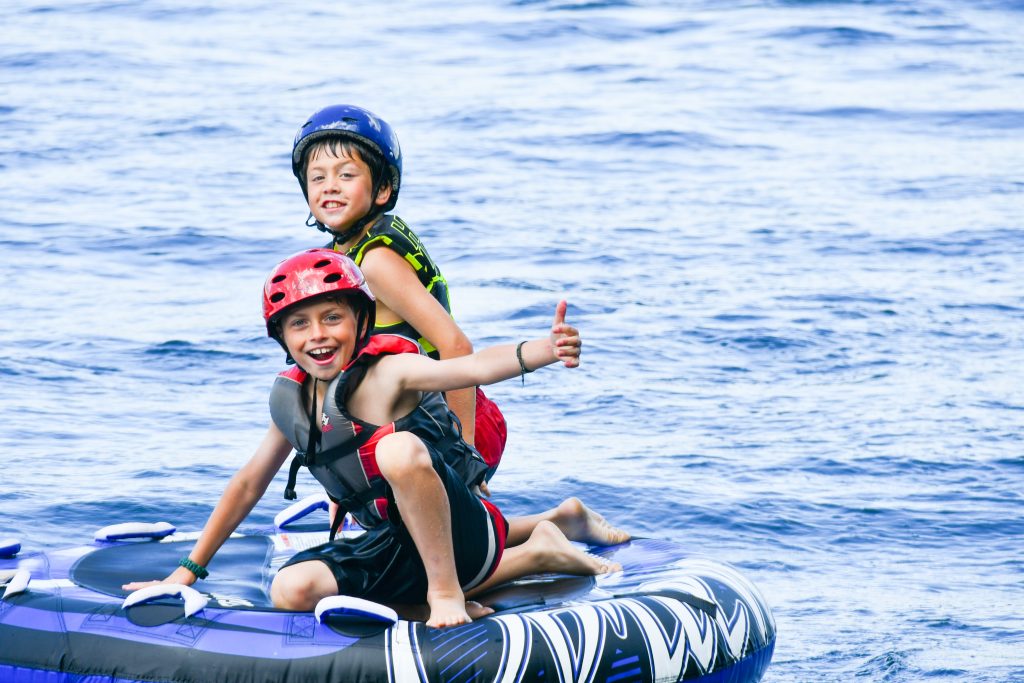 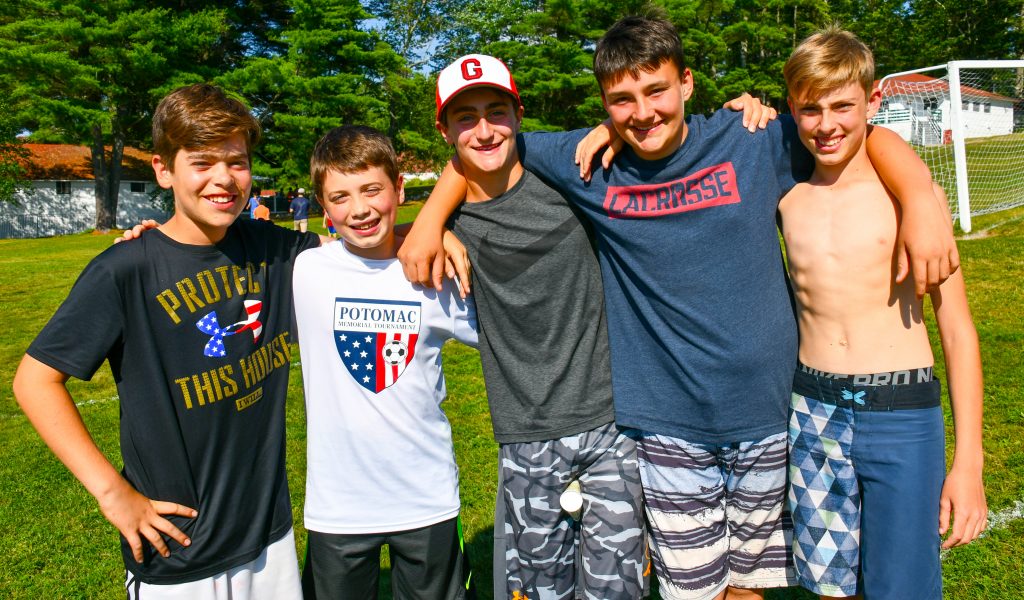 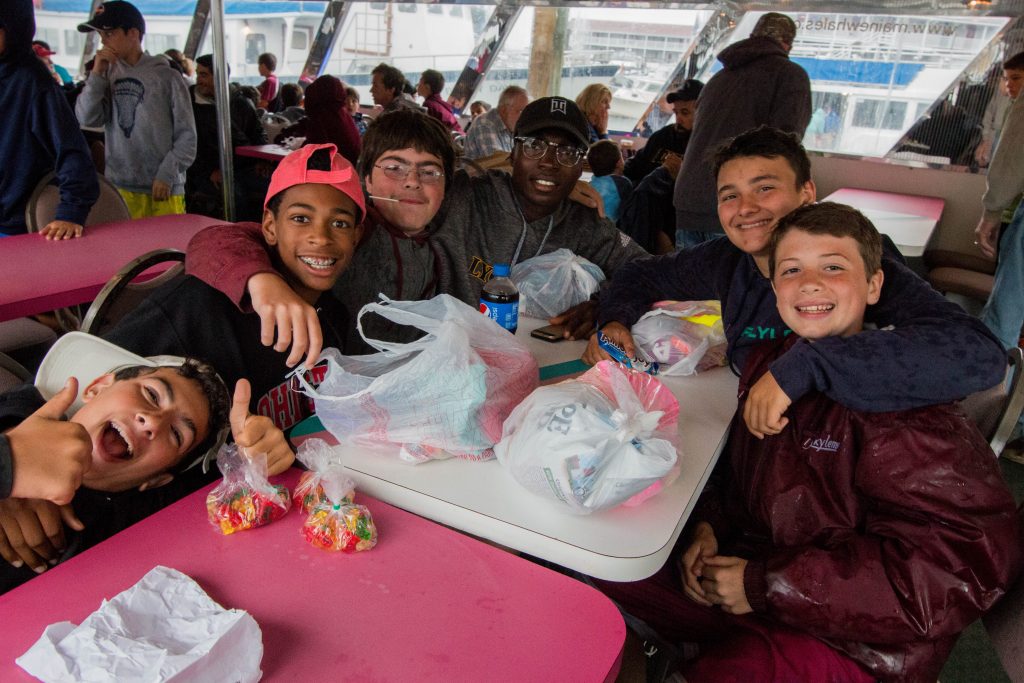 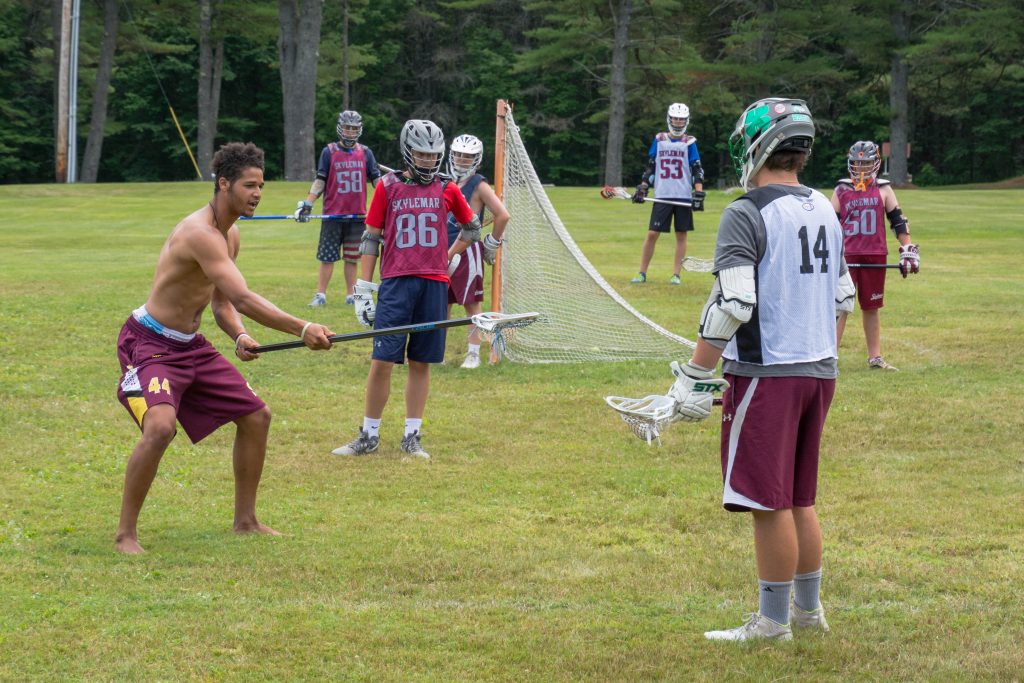 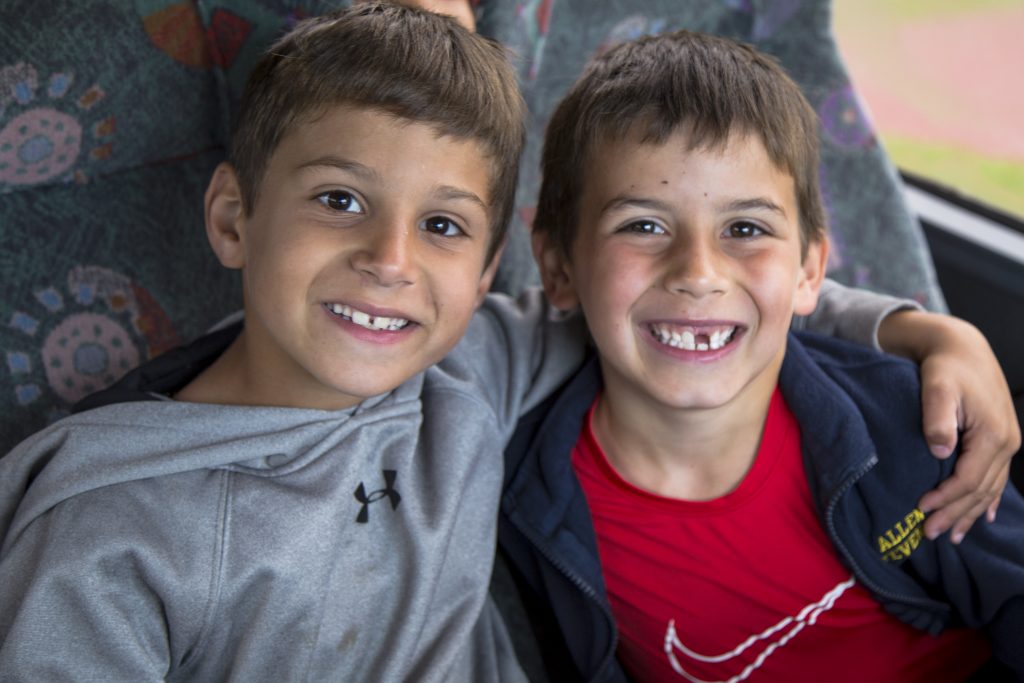 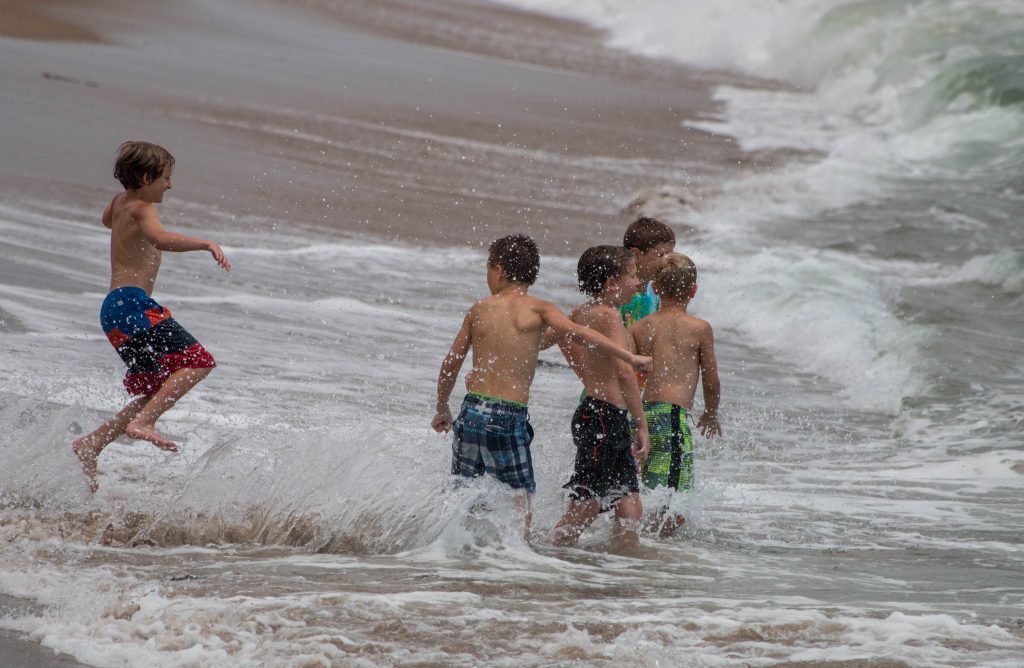 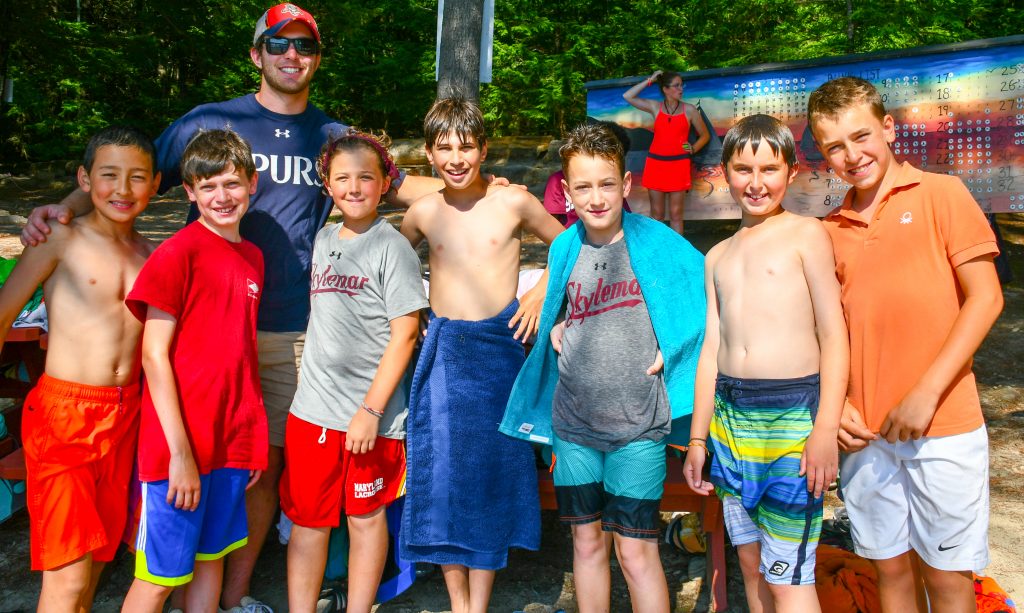 They’re back!  It’s great to have a noisy Rec Hall again.  Way too quiet when three trips are out.

The Boothbay guys returned smiling and exhausted.  Their first stop yesterday was the Lincoln County Museum and Old Jail in Wiscasset.  Built in 1811, the kids could actually see what it’s like to be in an old jail cell.  There were lots of touchable memorabilia, like a US Army uniform from the 1900’s.

Next stop was Fort Edgecomb.  Originally built for defense in 1807, it’s a two-story octagonal wooden blockhouse with restored fortifications.  Really interesting and fun to run around.

The rain didn’t stop the lobster boats from heading out, so our boys did as well.  They were lucky to see at least 30 seals along the way, as well as a trap filled with lobsters.  After catching the shellfish it was time to eat them at the Lobsterman’s Co-Op.

As Skylemar has done for decades, they spent the night at YMCA Camp Knickerbocker.  Breakfast was hot and delicious, and by 8am they were off to a private movie showing at the local theatre.  Popcorn is especially good at this early hour.  Before long the sun was shining, perfect for the ocean at Reed State Park.  They even had a surfside cookout.

The Mt. Washington trip climbed in the rain!  Way to be tough, guys (and girls)!  They explored Tuckerman’s Ravine, Square Ledge and other spots in the White Mountains.  The whole day was a tremendous accomplishment.

Accommodations were rustic, yet comfortable.  They stayed in a cozy mountain lodge, which included dinner and breakfast.  Board games, books and cards made for a happy evening.  The weather was better today, so the morning hike featured a breathtaking view.

On the way home they too relaxed at the movies, and stopped for pizza as well.  Home by 4, feeling strong and proud.

The Cannon Mountain crew camped out in the chilly rain, but no one complained.  By morning the sun was out, so they headed to a really cool place called “Lost River Gorge”.  It’s a network of boulder caves with a river running through.  At each stop along a mountain boardwalk, the kids could climb in and out of a cave.  Most popular was the “Lemon Squeezer” which required a lot of nerve to attempt, since the opening was quite small.

Back at camp, the Quebec trip left today.  They’re now safely in Canada.  Winnipesaukee heads out tomorrow, so we’ll once again be a mini-camp.  Lots of little guys here, so it definitely won’t be quiet!