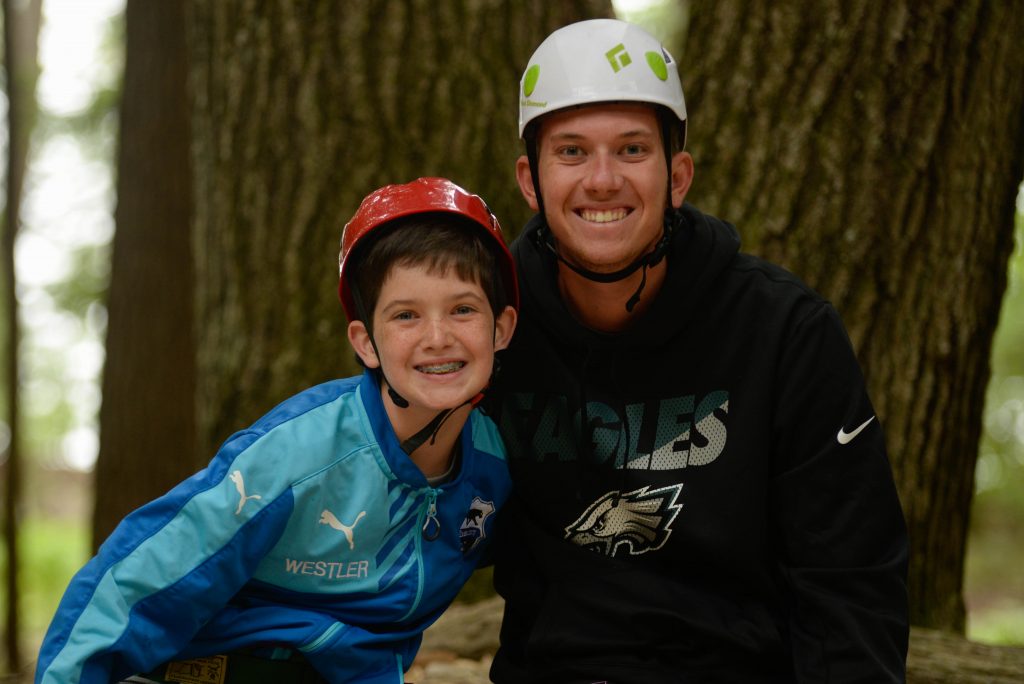 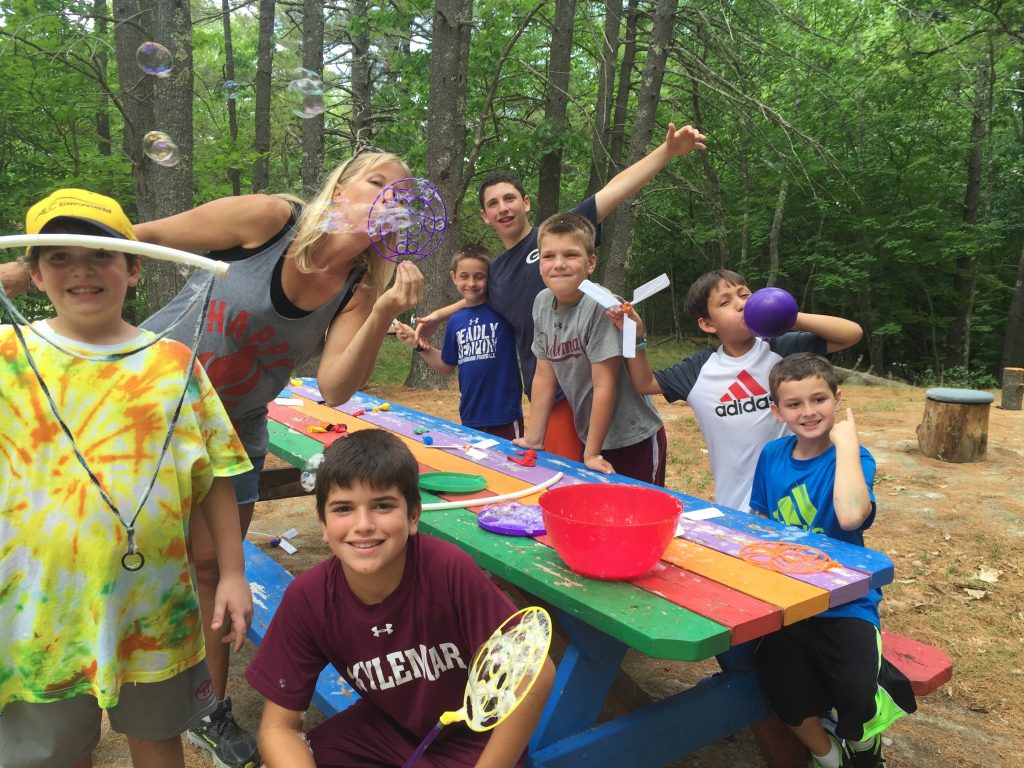 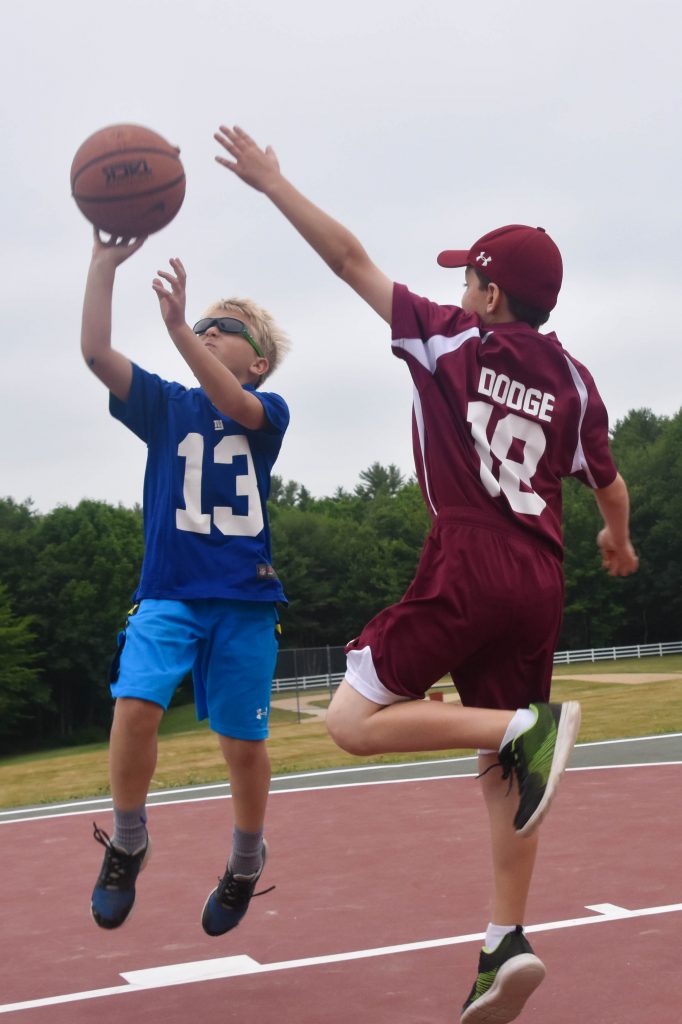 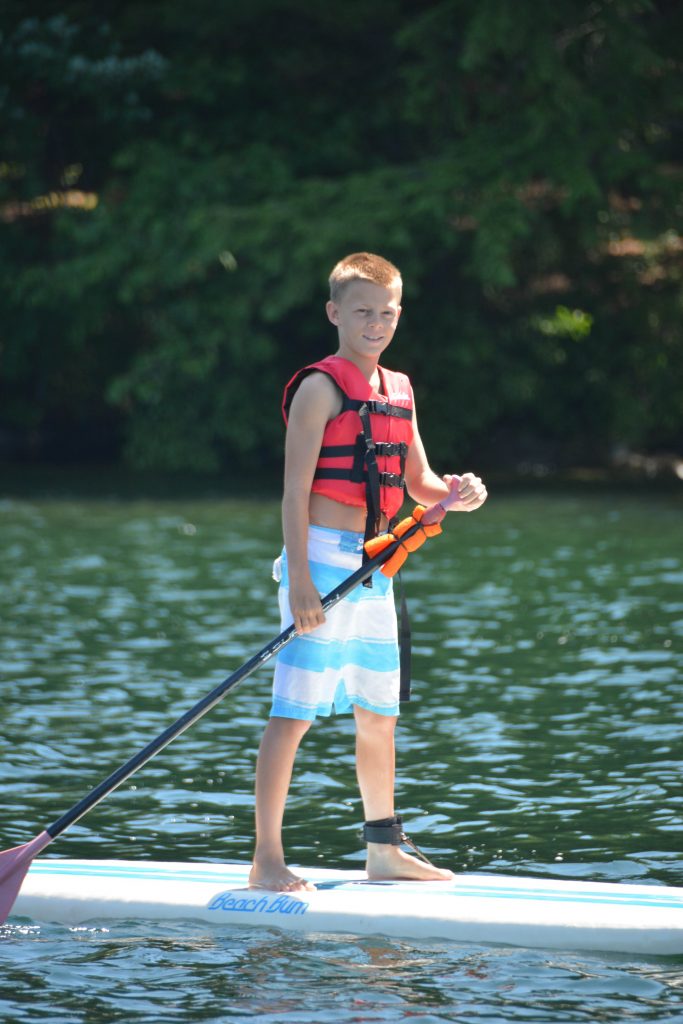 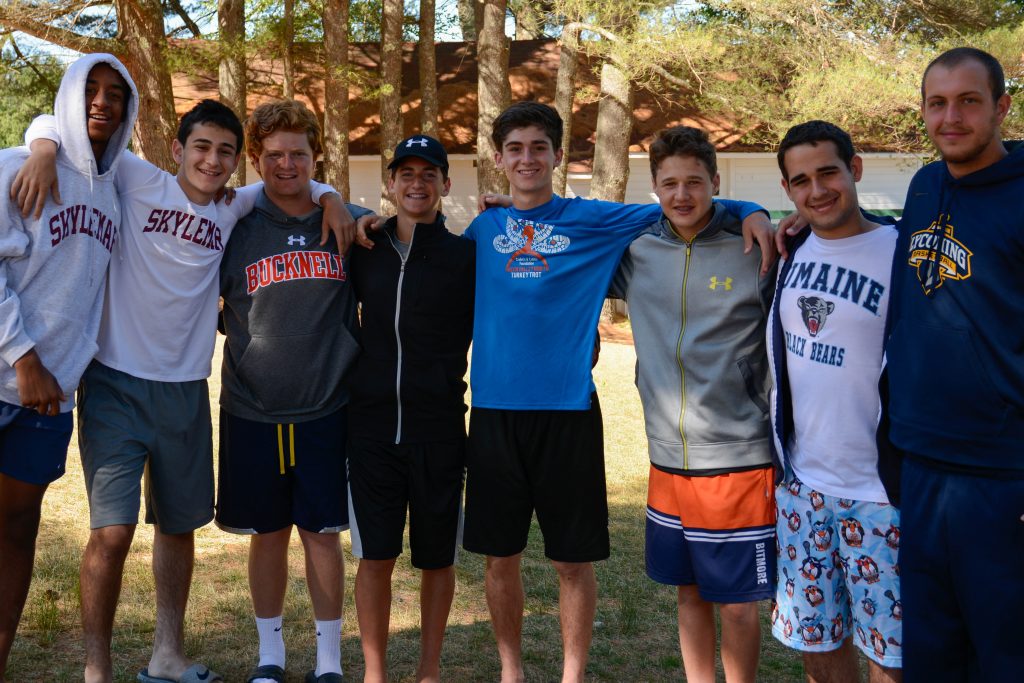 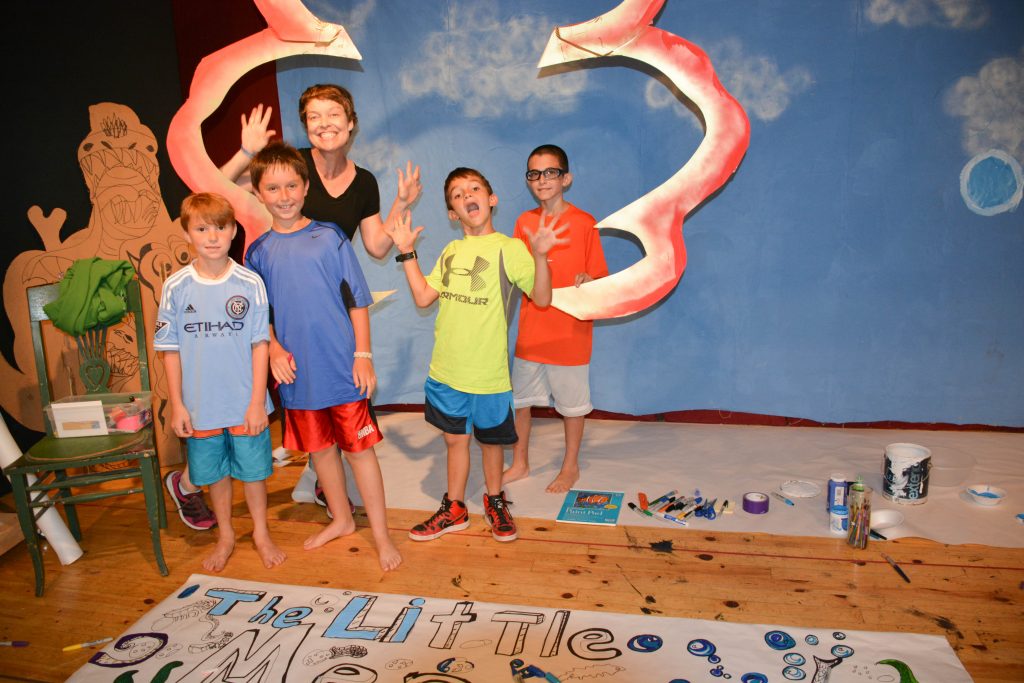 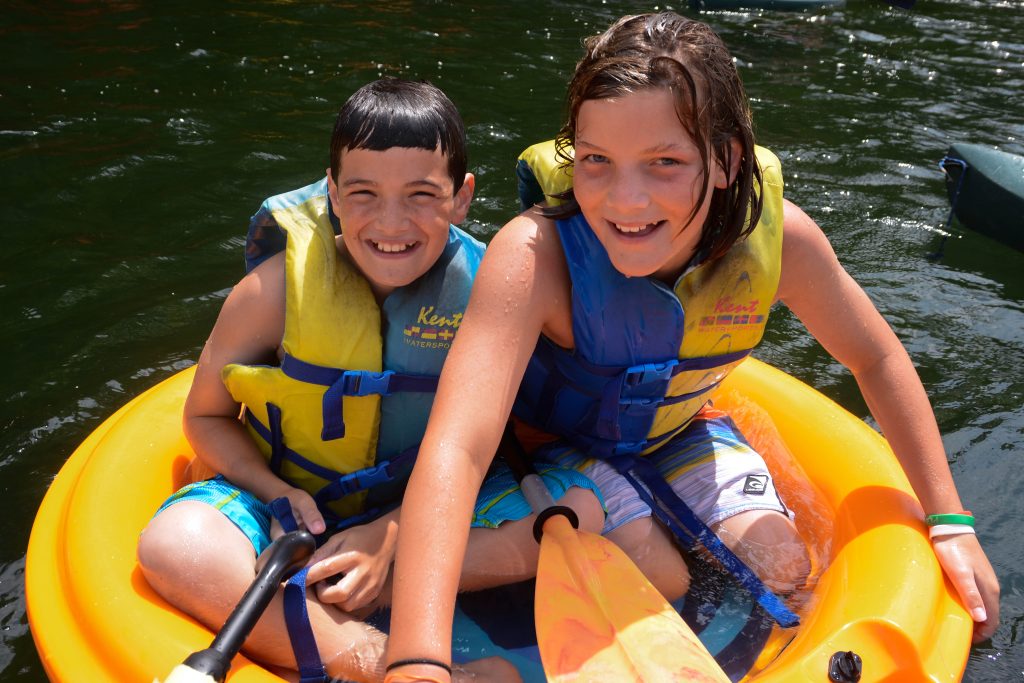 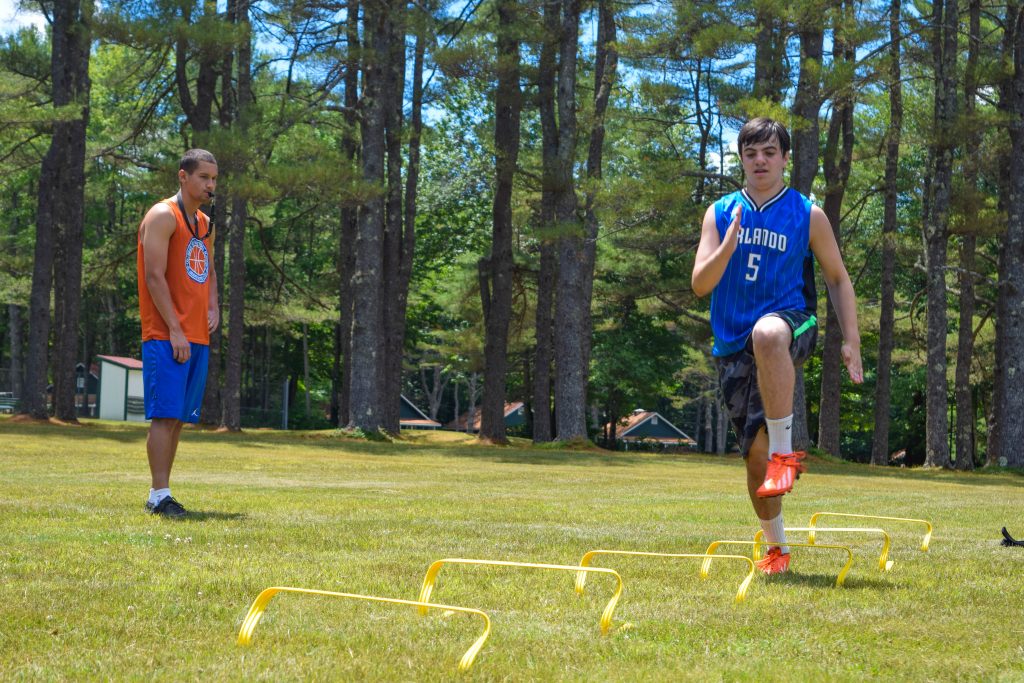 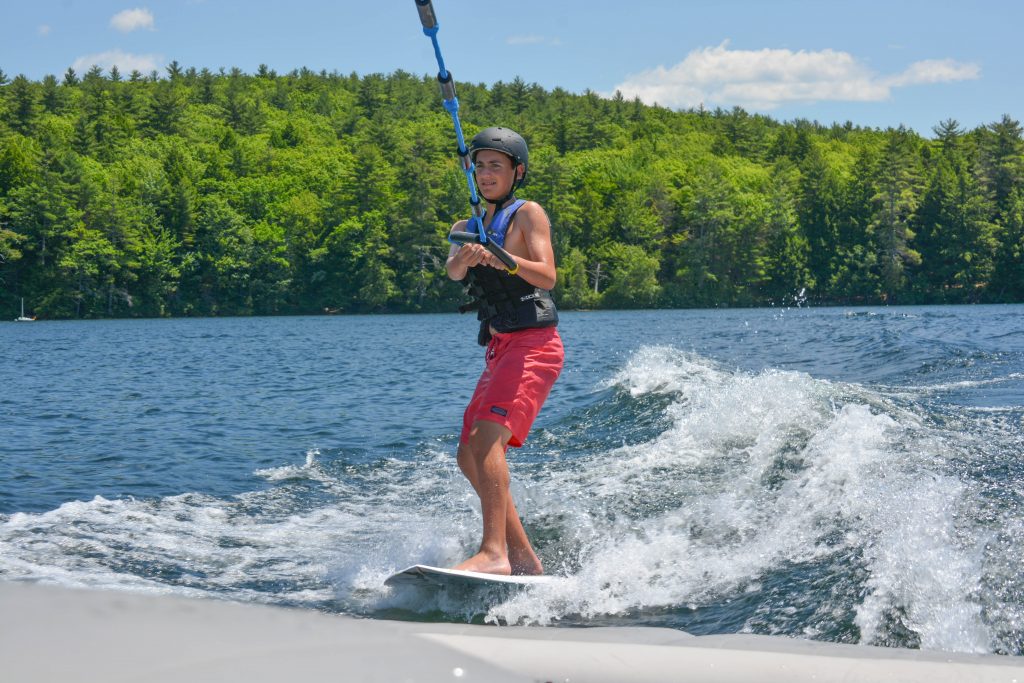 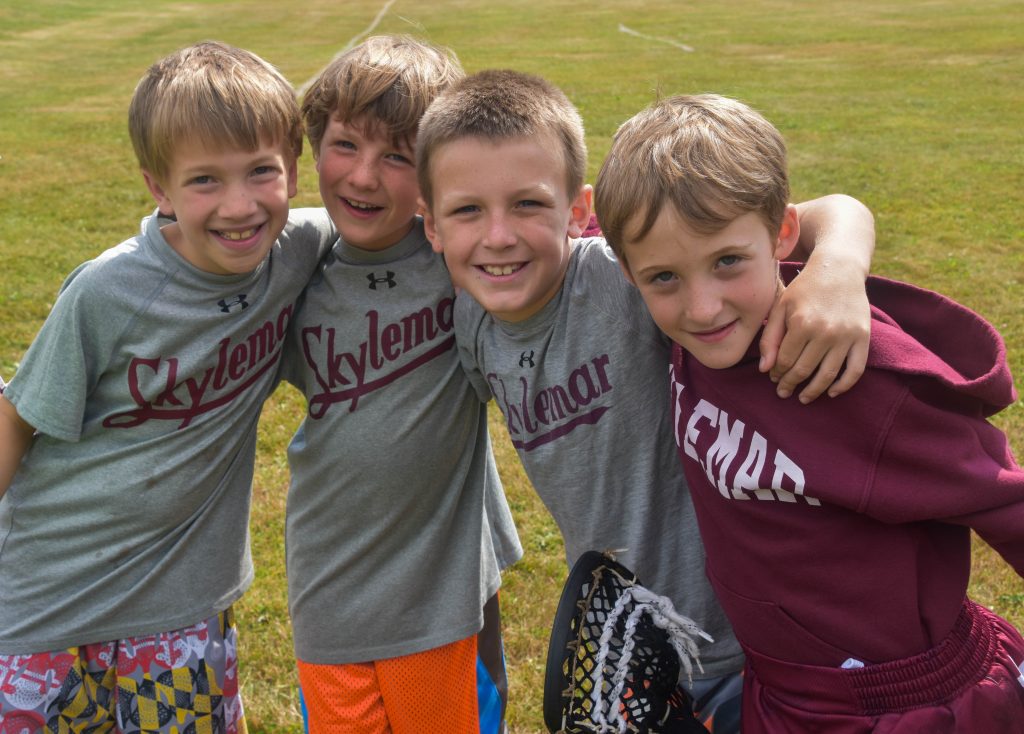 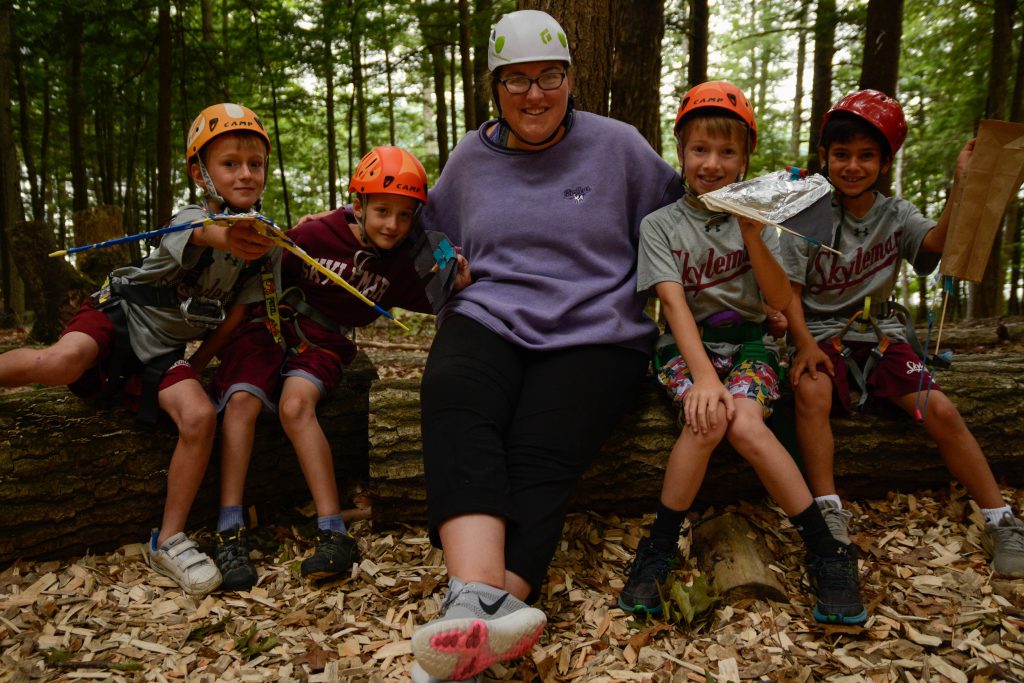 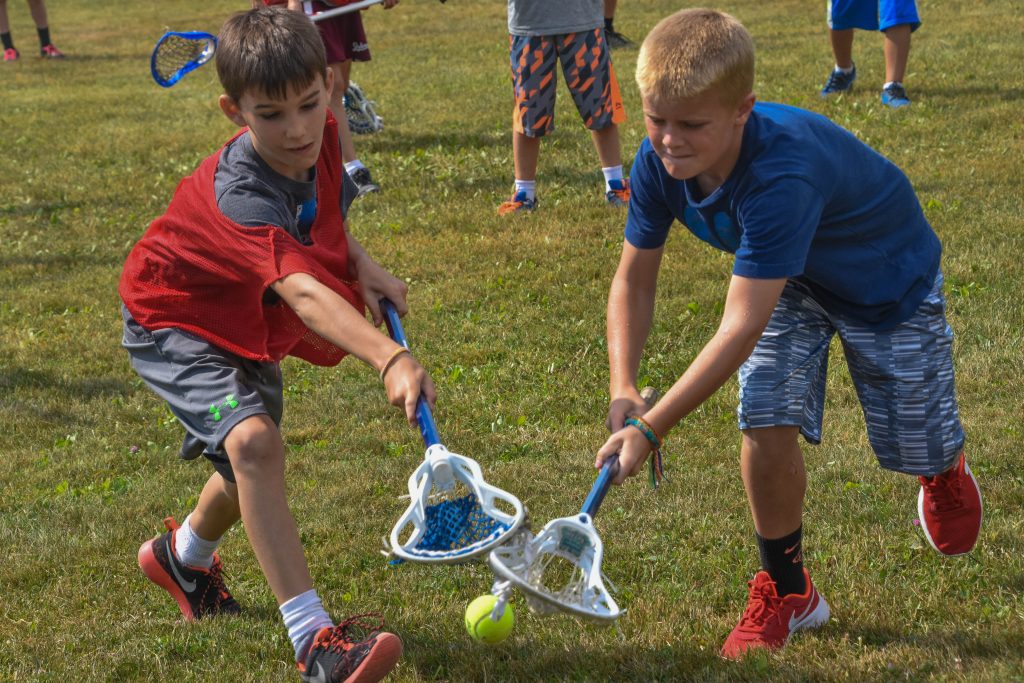 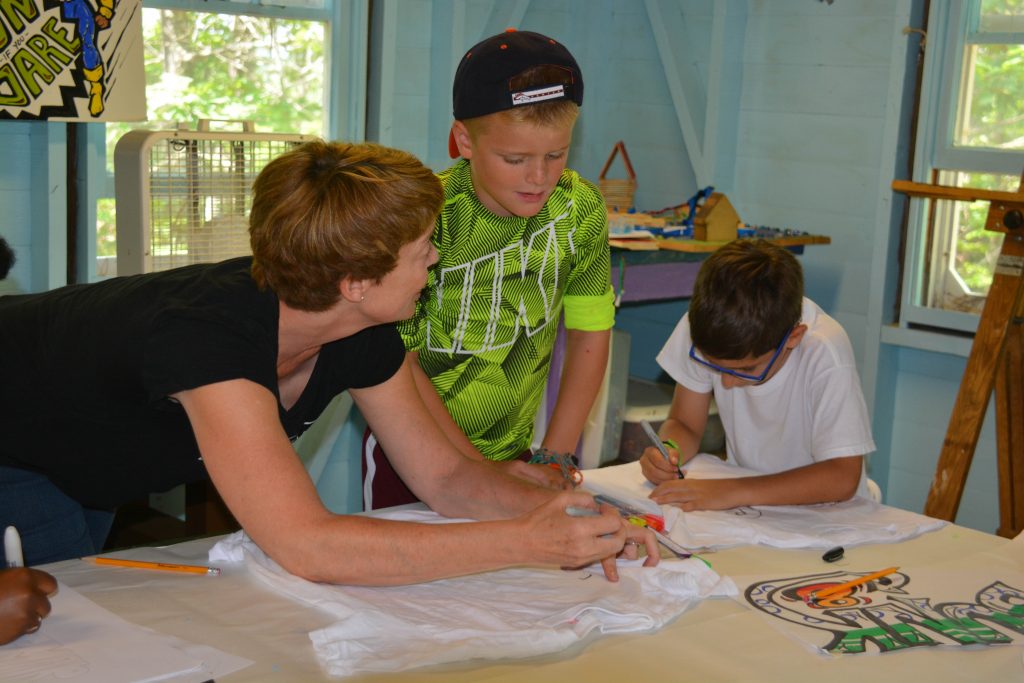 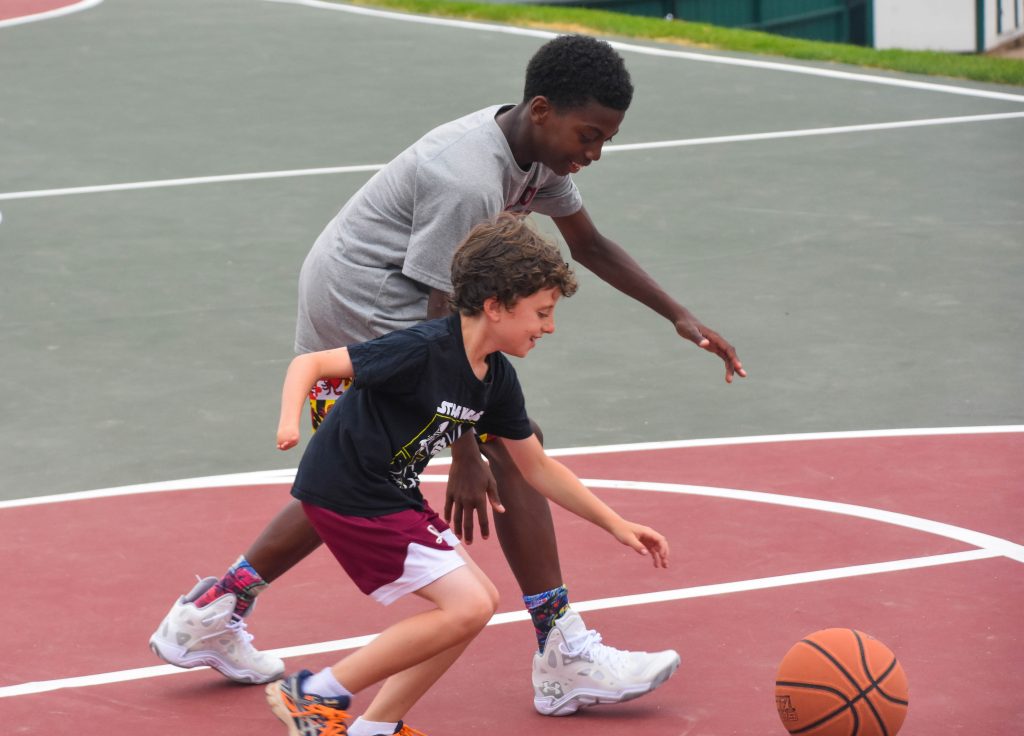 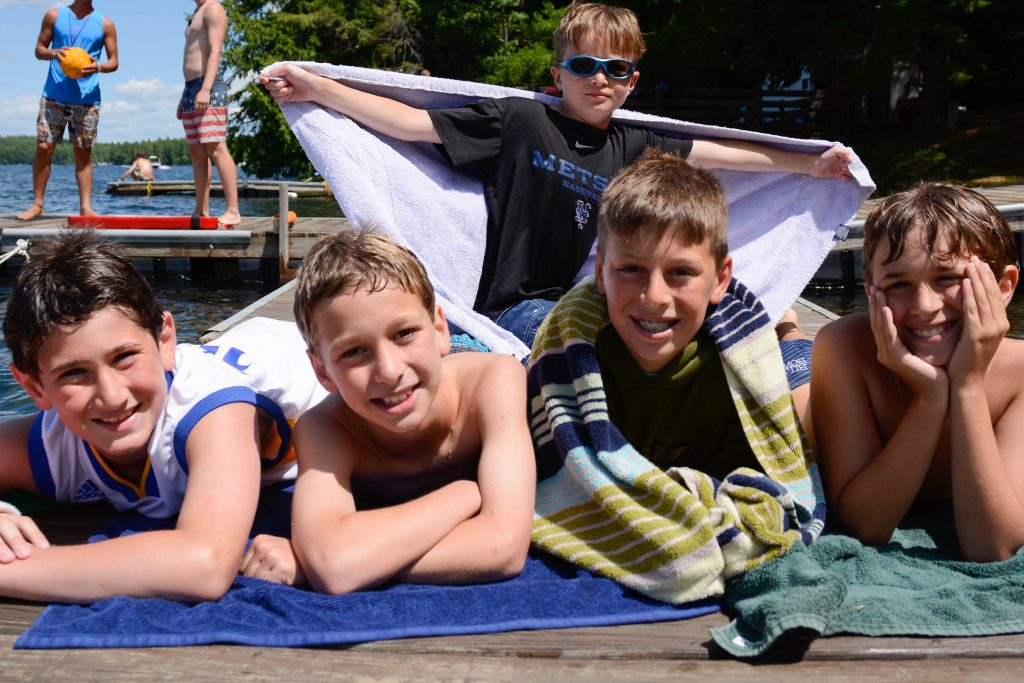 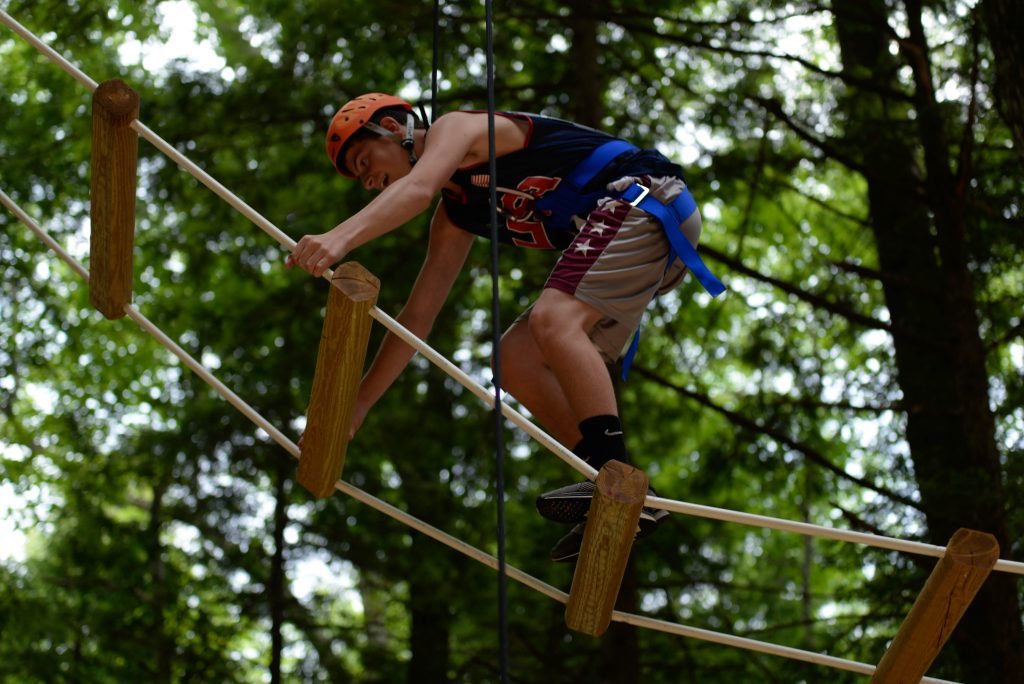 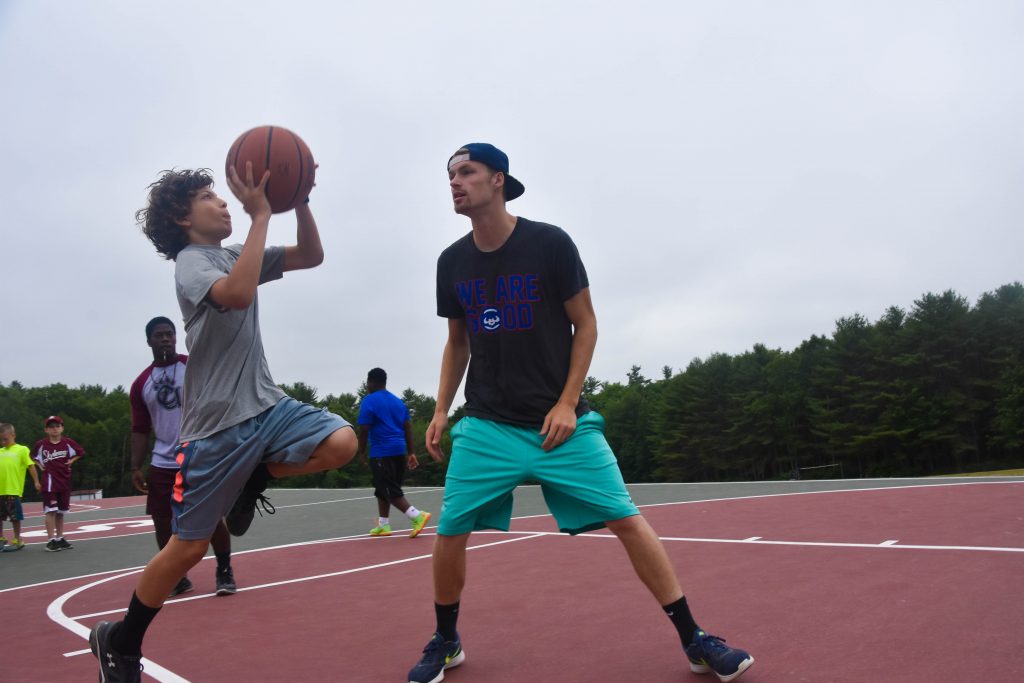 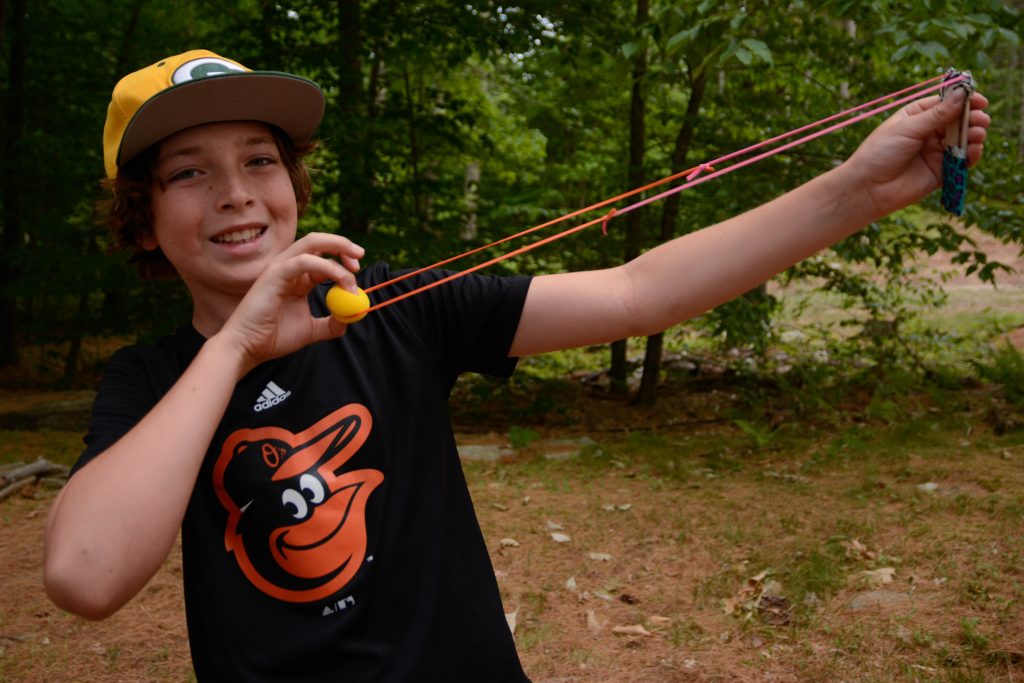 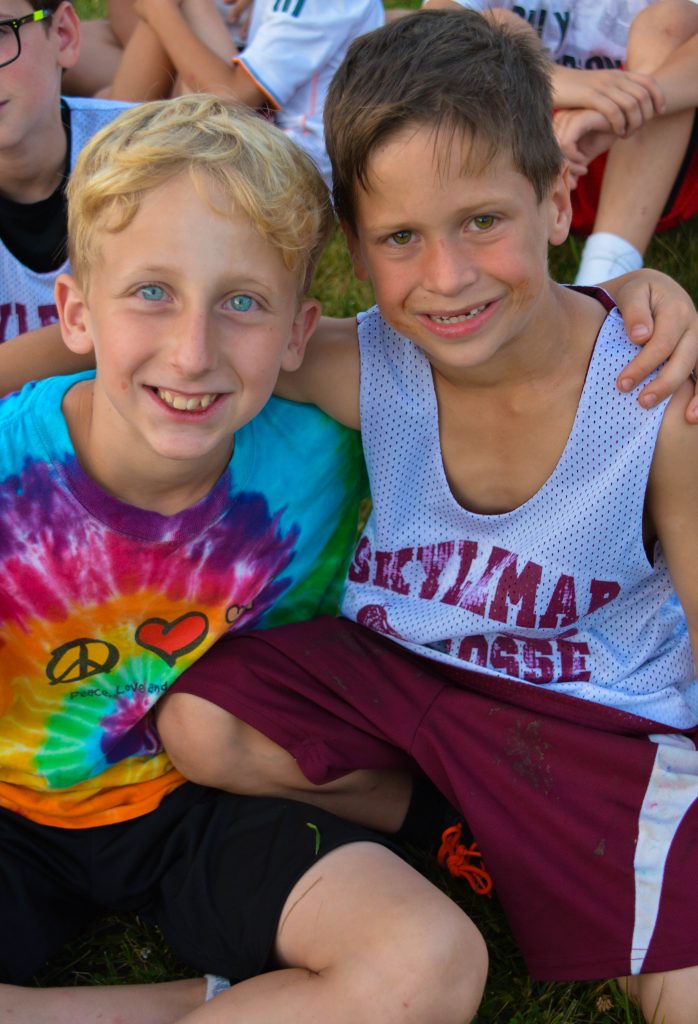 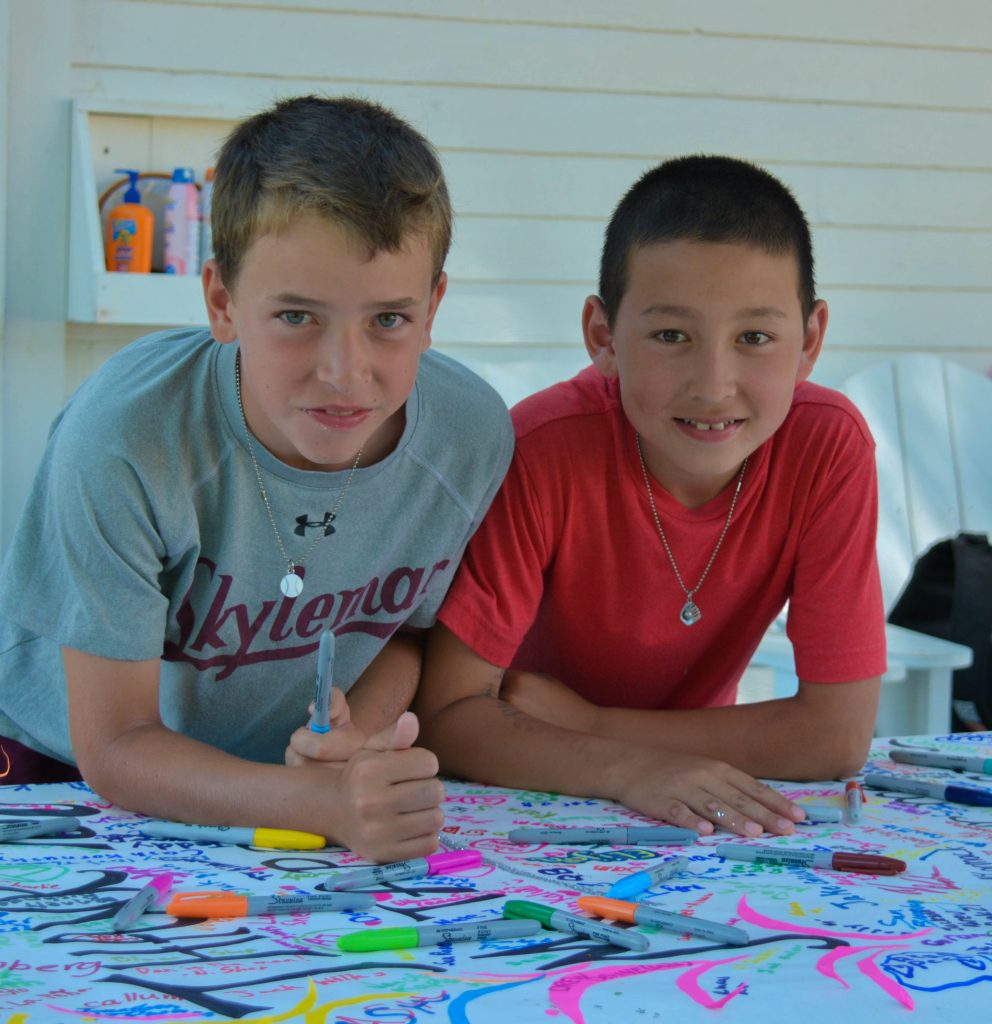 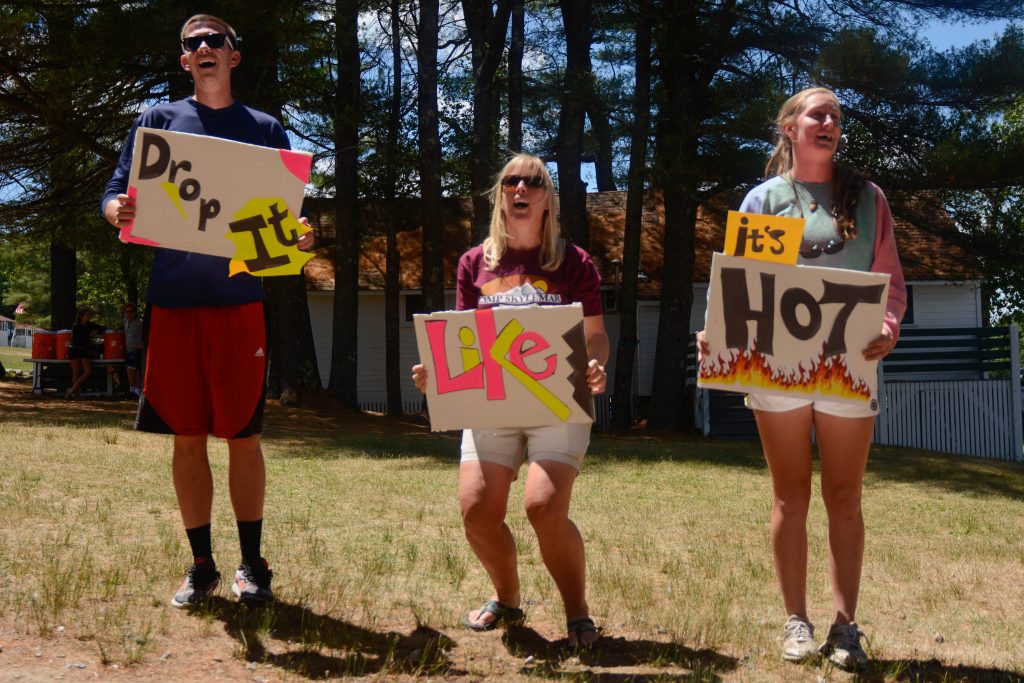 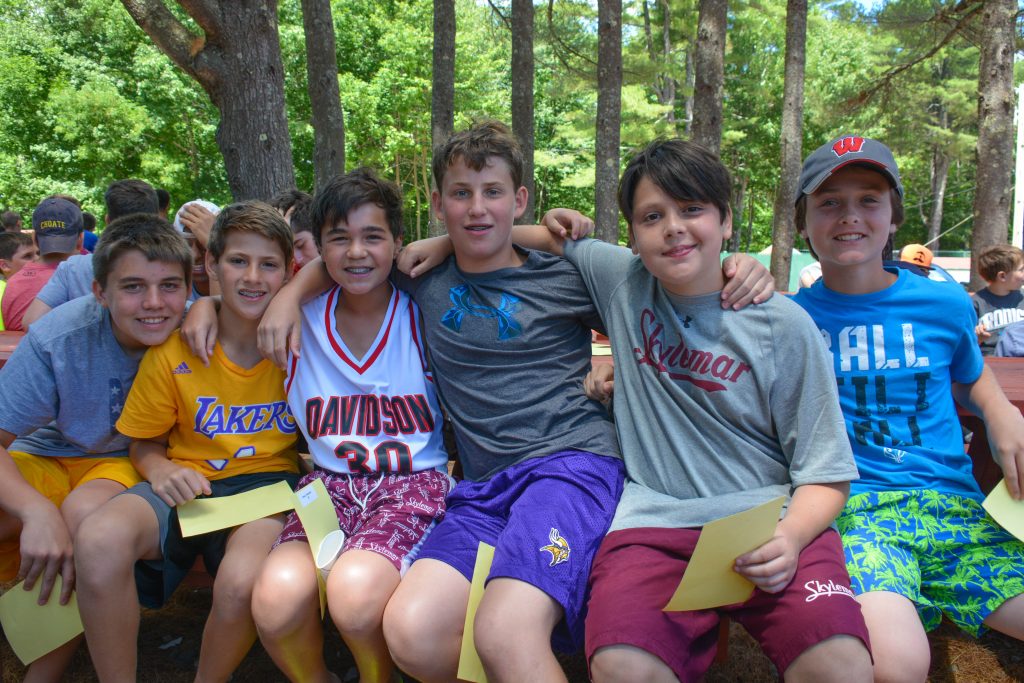 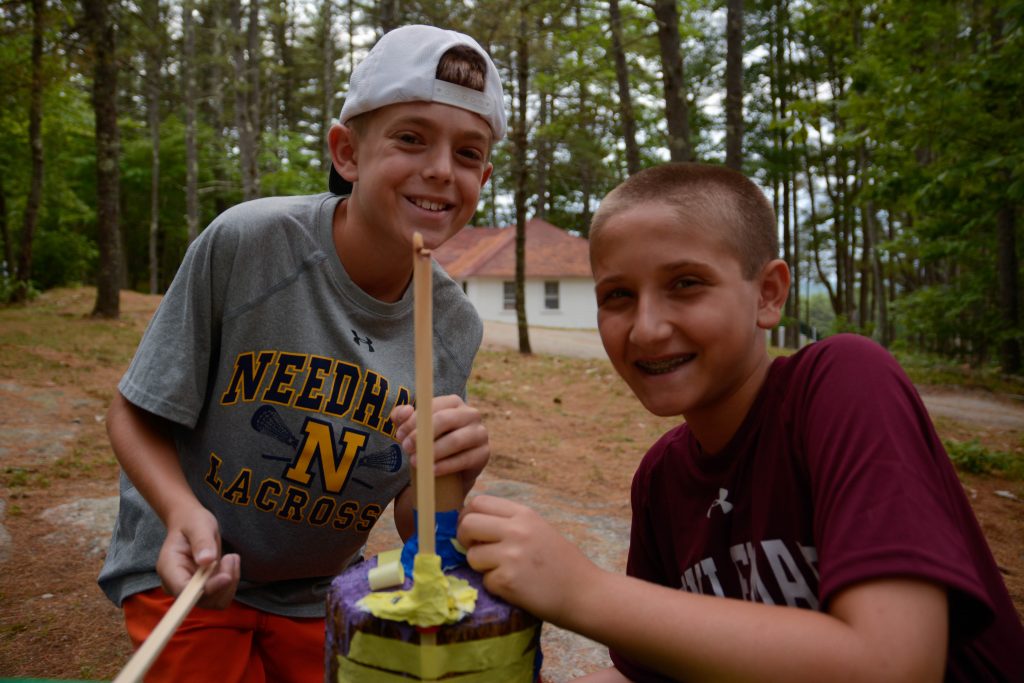 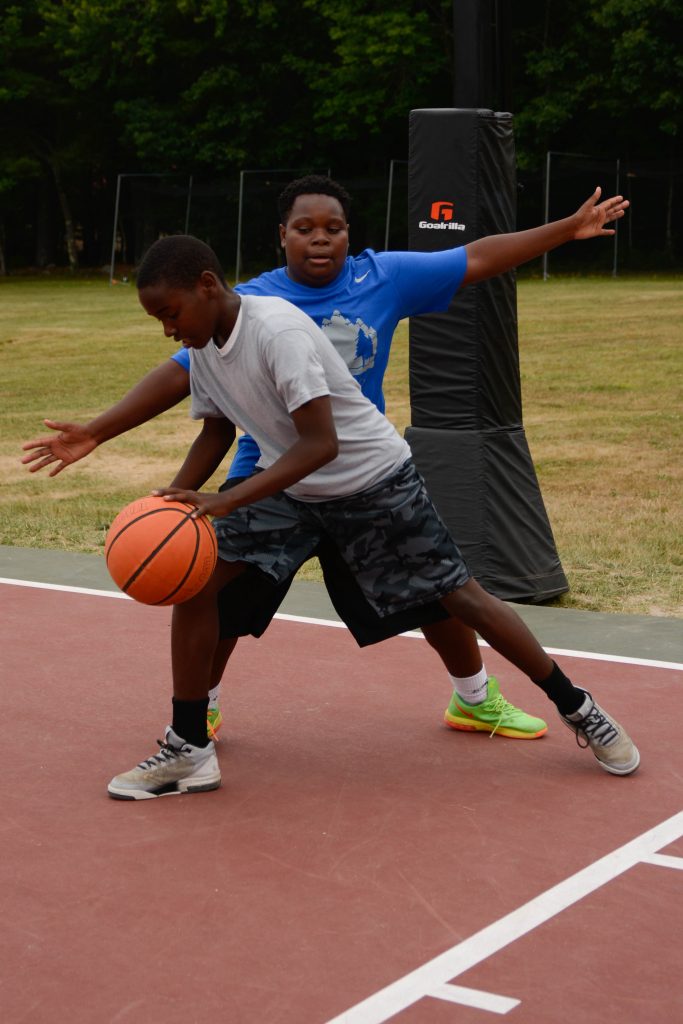 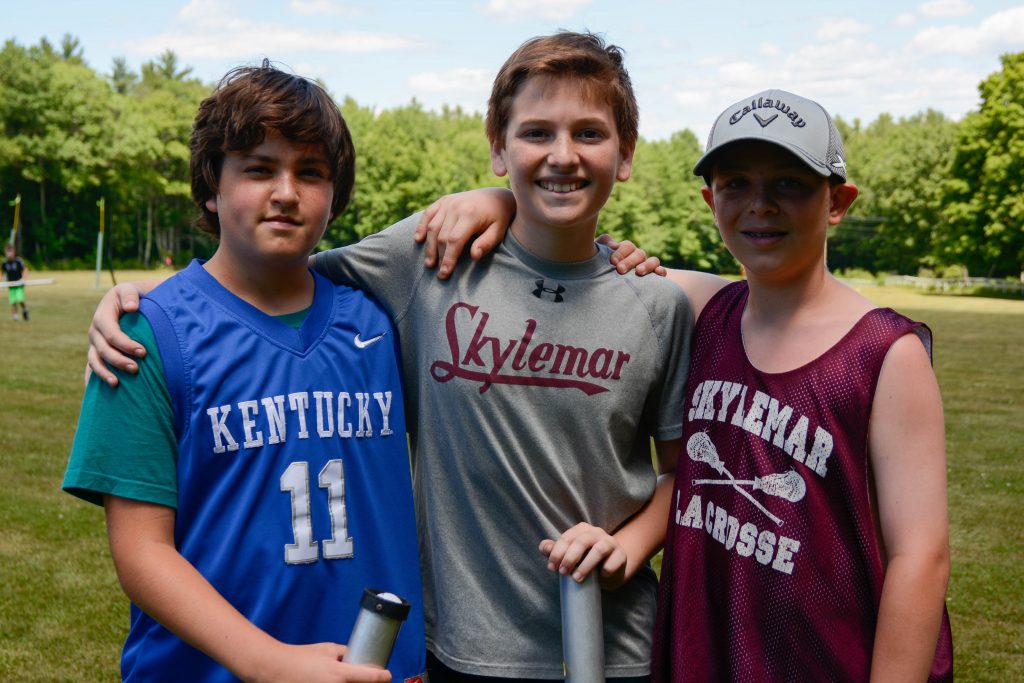 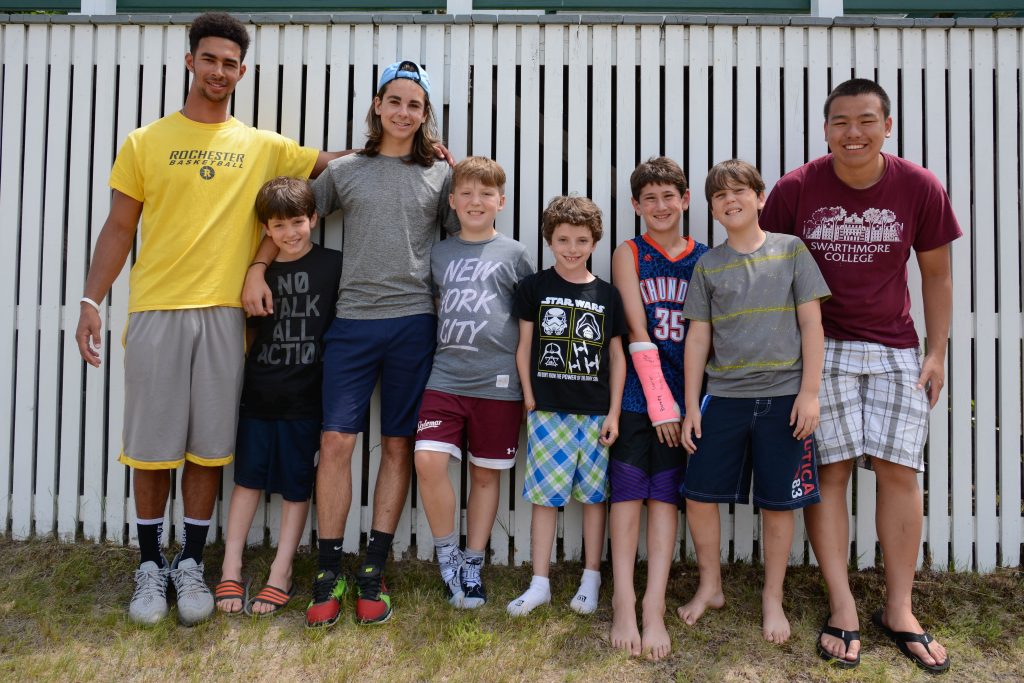 Several nearby camps came to our Hejduk Field for a U15 Baseball round robin. First game was ours, 10-7. Rems set the tone with a diving web gem at shortstop in the first inning. Bubba B got the win on the mound pitching 4 innings. He also hit a home run. Shuey earned the save by pitching a scoreless 6th inning.

The second was a back and forth game, and we fell short. Overall it was a great day, with several having their first shot at pitching in a game. For Tyler M, Jake G and Blake, it was a good learning opportunity. Suds was incredible, catching both games – 11 straight innings.

Also dropping from the sky today were eggs! The “Drop It Like It’s Hot” clinic could have been called “Athletic Science”. Campers first spent a period at Yellowhorn, creating boxes which were intended to protect an egg from cracking from a 30’ drop. A variety of recycled odds & ends were used, and structures were unique and colorful. Once complete, eggs were put inside and they headed to Cory’s Course.

The scientists strapped into safety gear, and climbed higher and higher. One by one they dropped the boxes. Most structures exploded on contact, but three eggs within survived. We won’t mention those that broke before even getting into their boxes…

That’s what Yellowhorn’s all about: cool experiments where you don’t realize that you’re learning. It’s the world’s messiest outdoor science lab, with the most beautiful, kind and fun professor in charge: Holly.

Also creative was tonight’s evening activity: The Bestest. "Bestest” is another chance for an older and younger cabin to work as a team. MC’s Gordo, Ash and Barney challenged each group to demonstrate on stage their best: touchdown dance, Harlem Globetrotter routine, reaction to the first time you tried Wow Butter and the first time a human saw a dinosaur.

Teams had less than five minutes to prepare, but the results were clever and hysterical. Bunk 12’s sizzling bacon touchdown dance was some of the finest acting of the summer!

"What was my favorite food? Everything!"