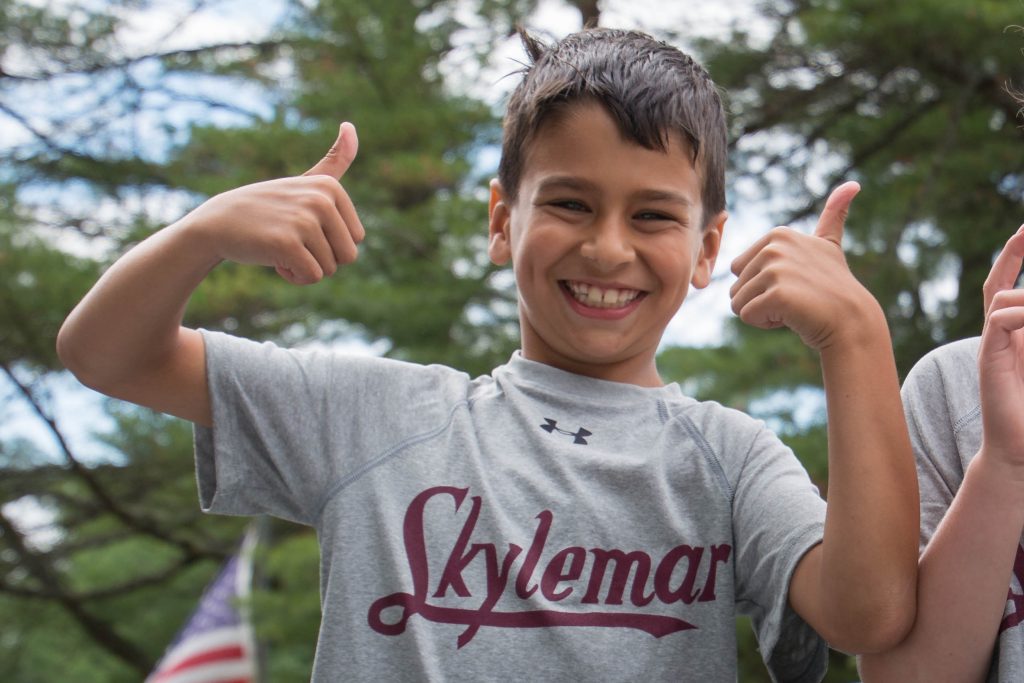 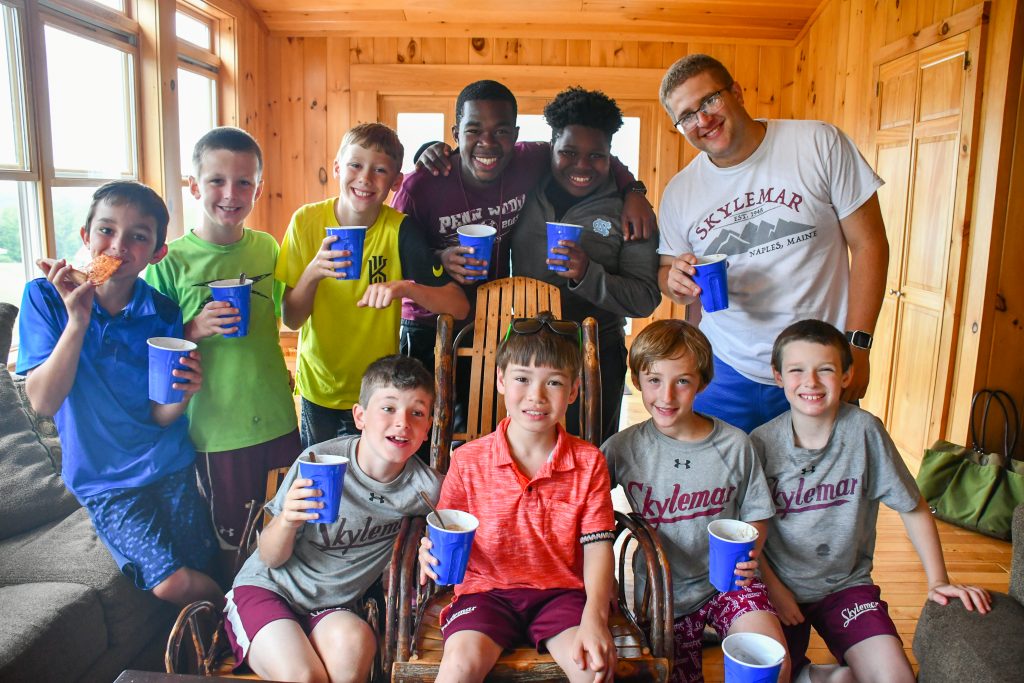 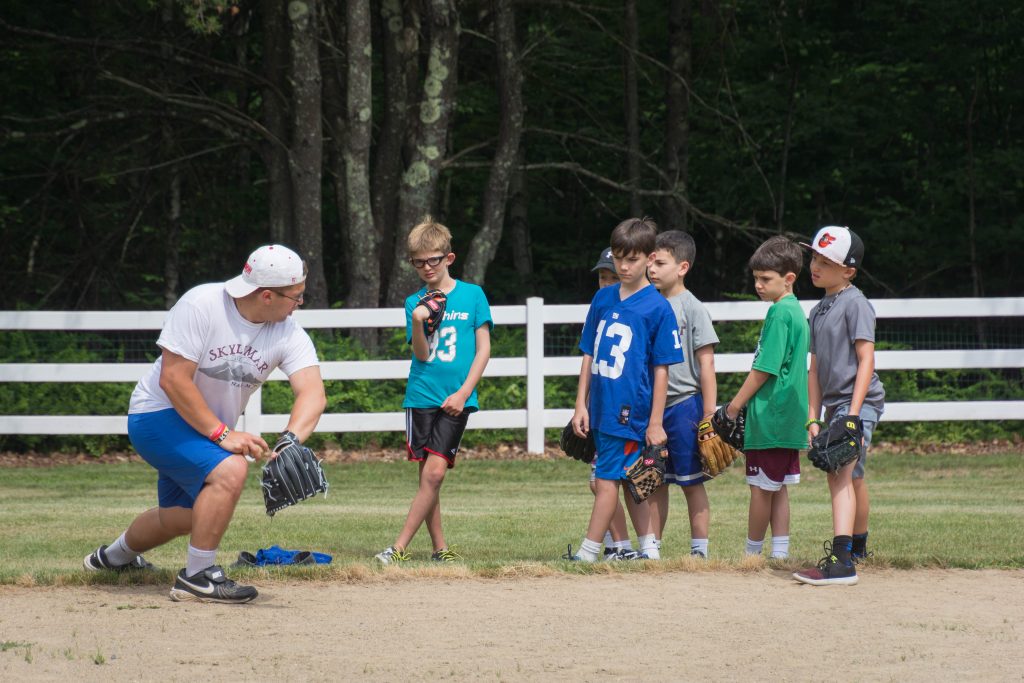 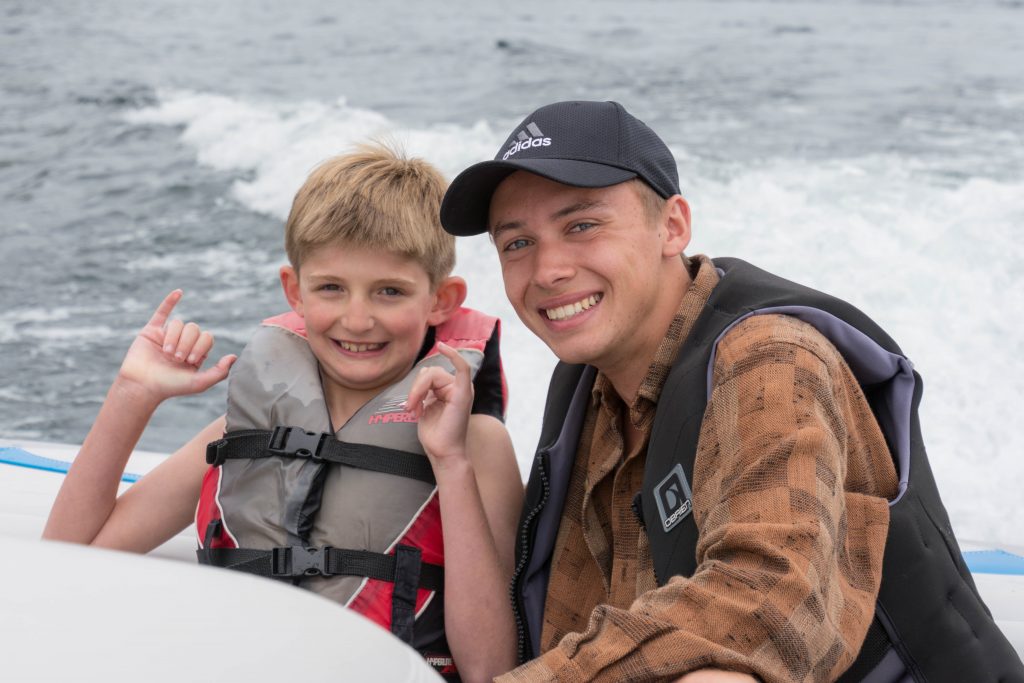 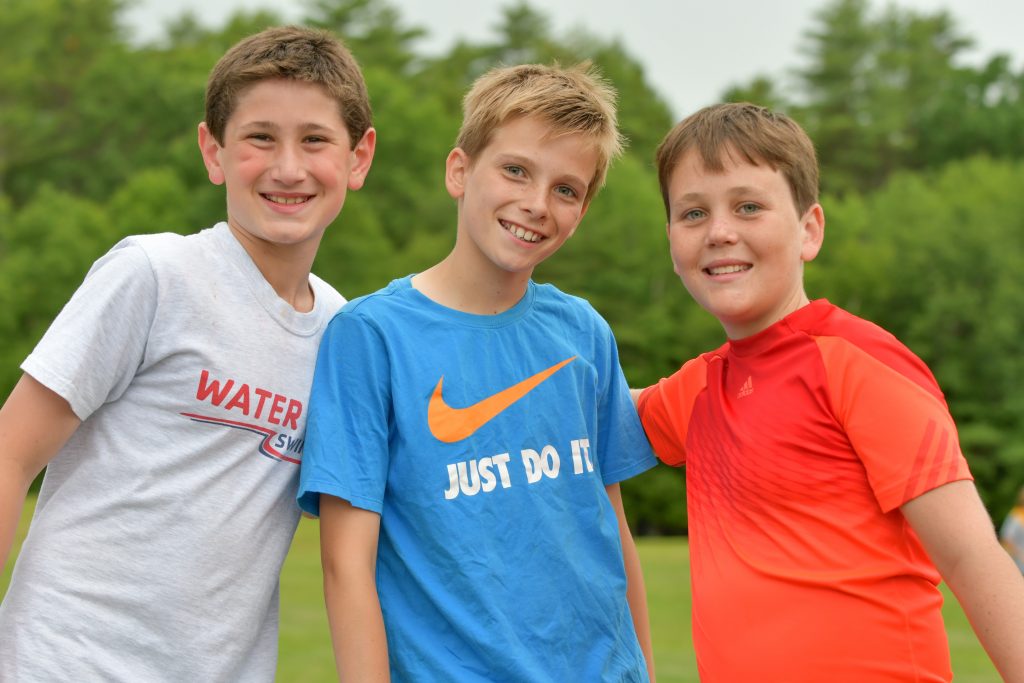 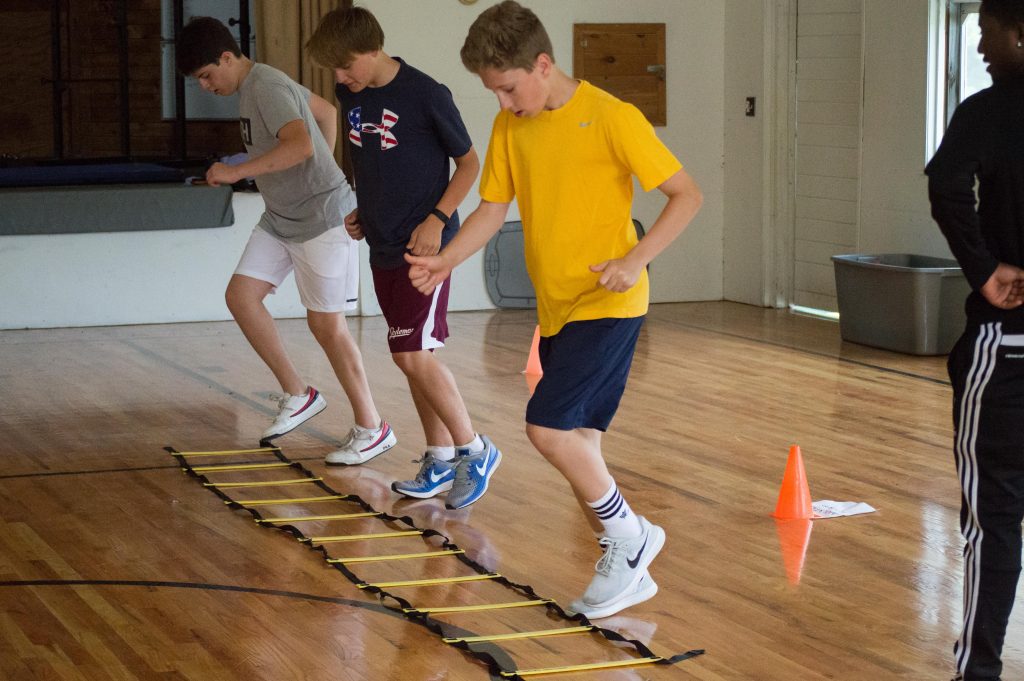 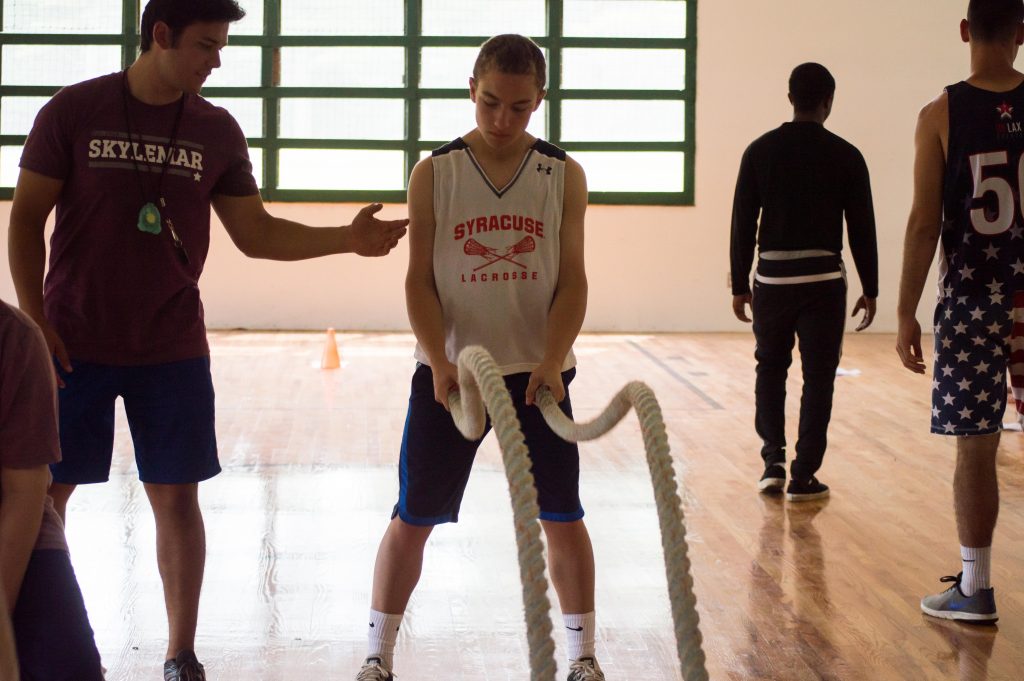 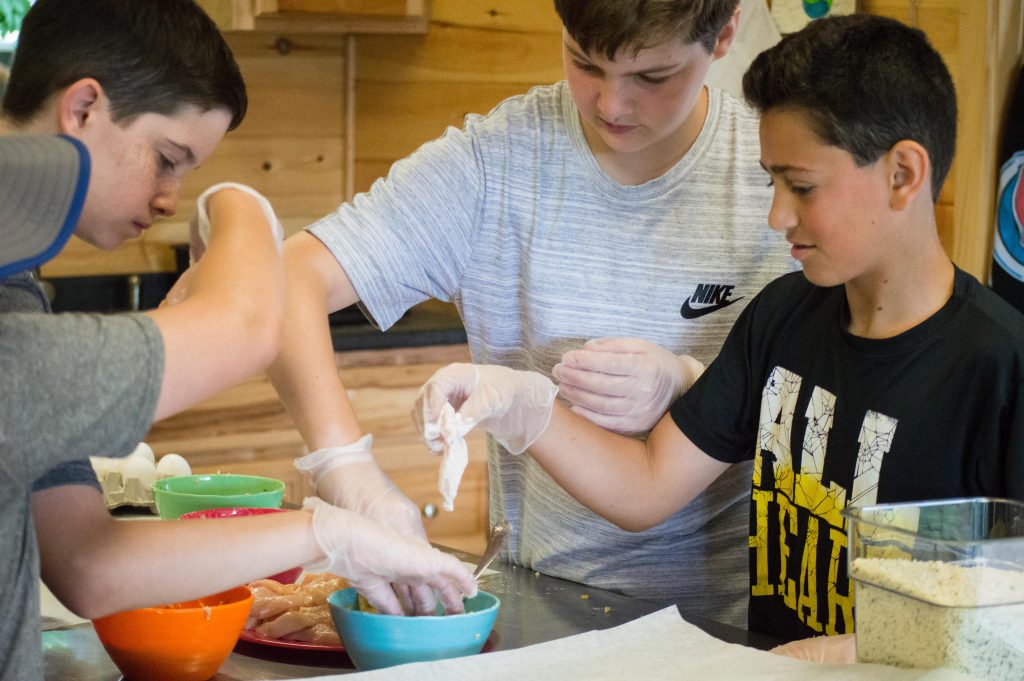 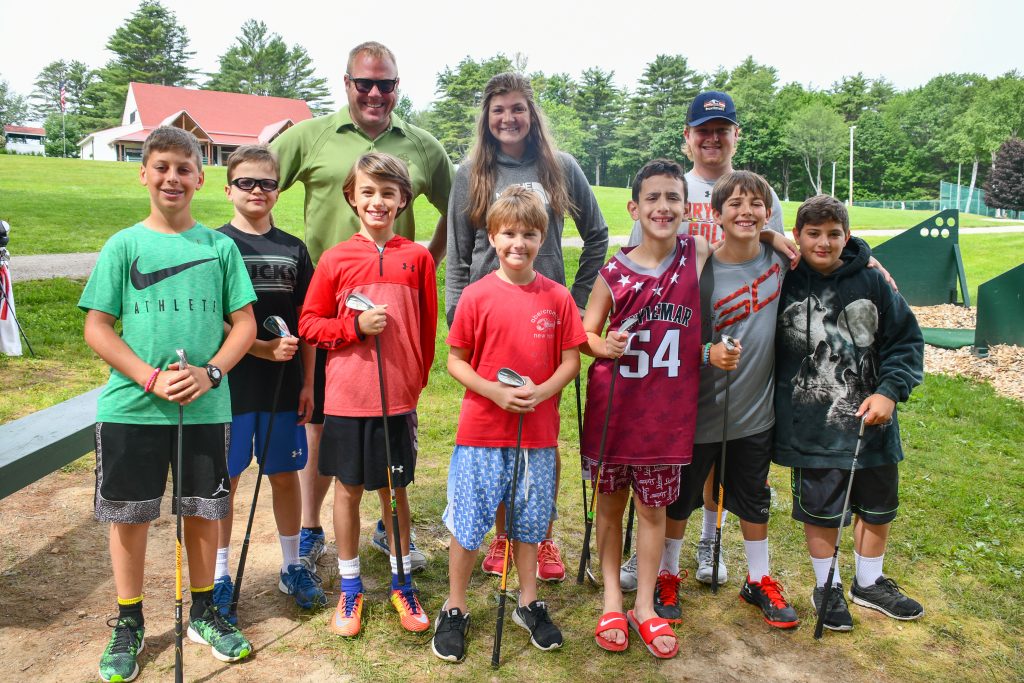 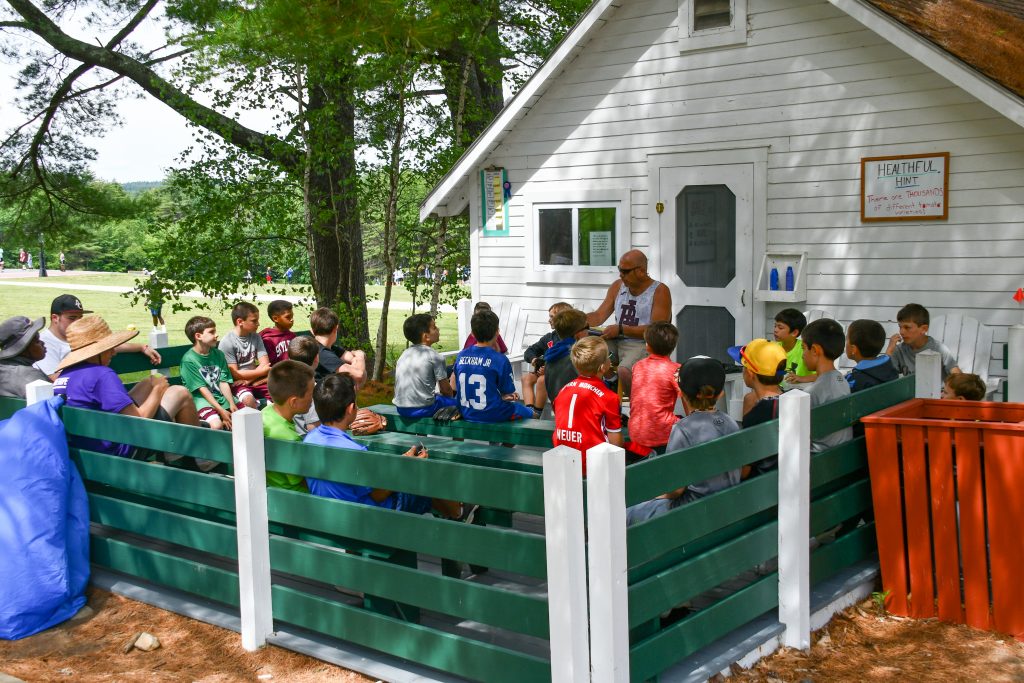 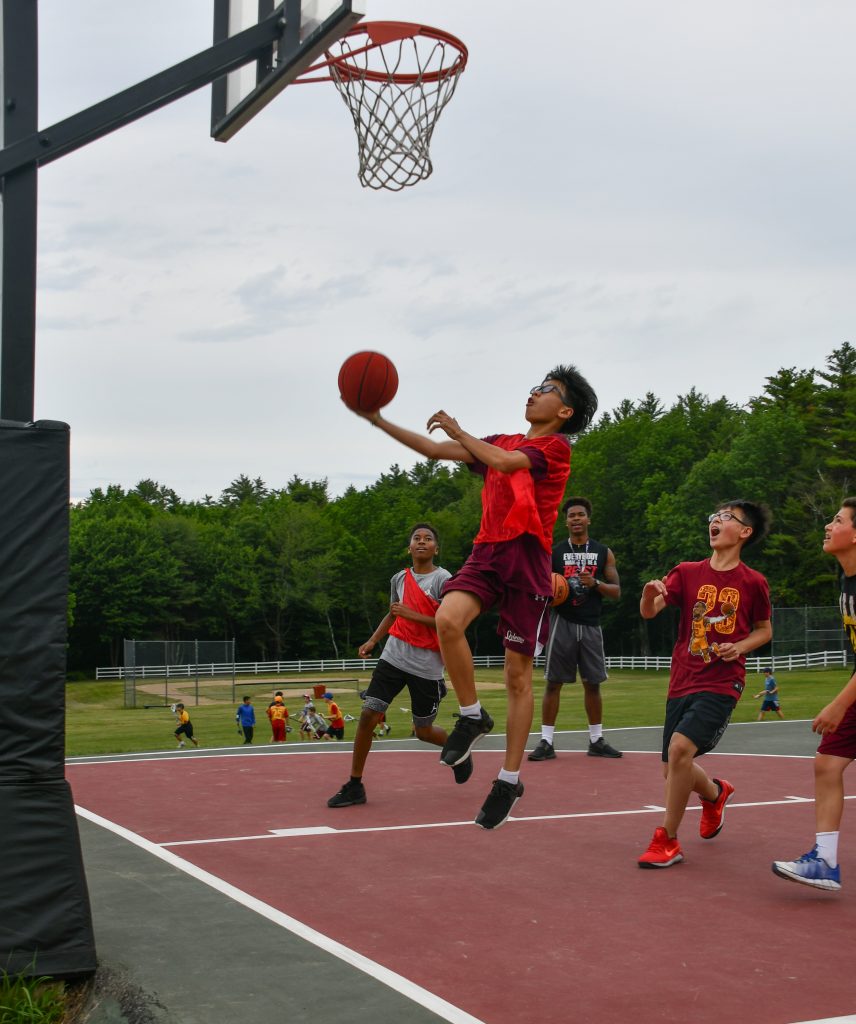 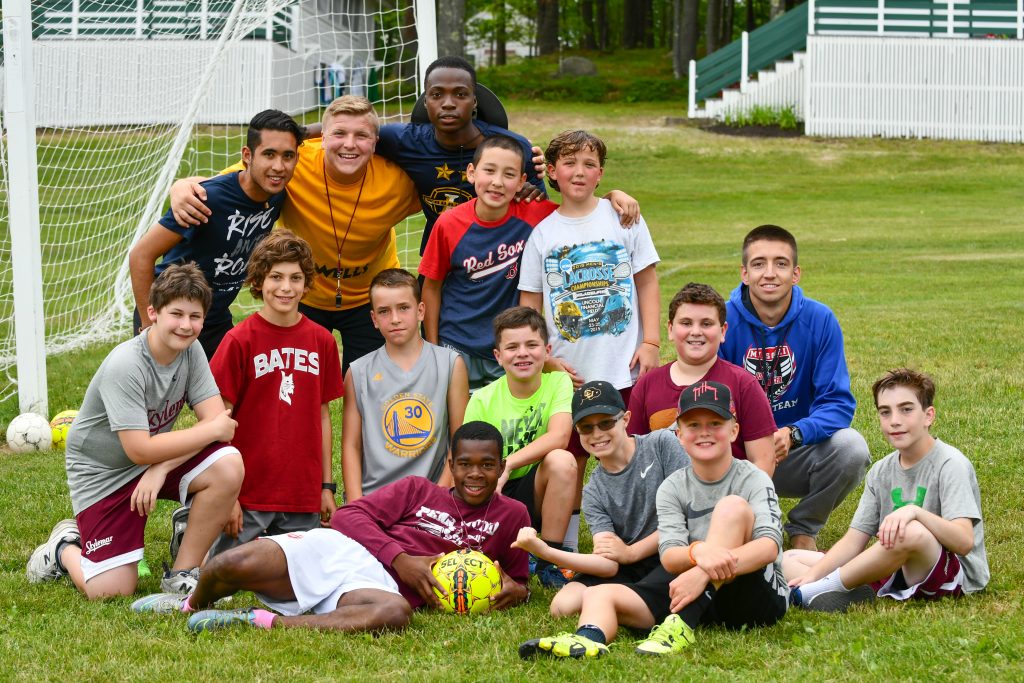 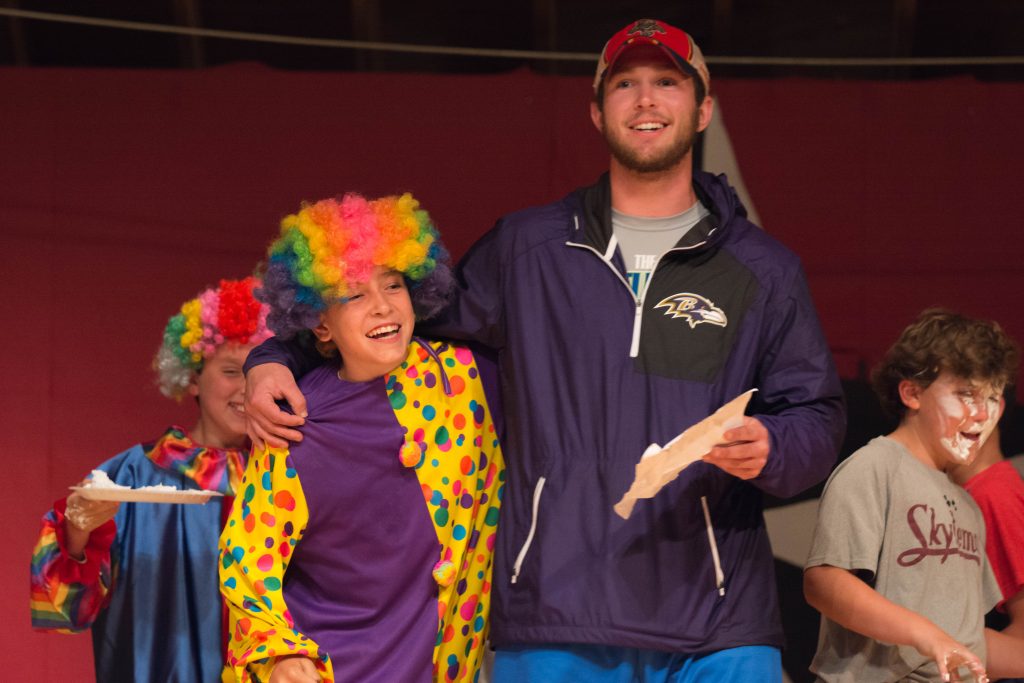 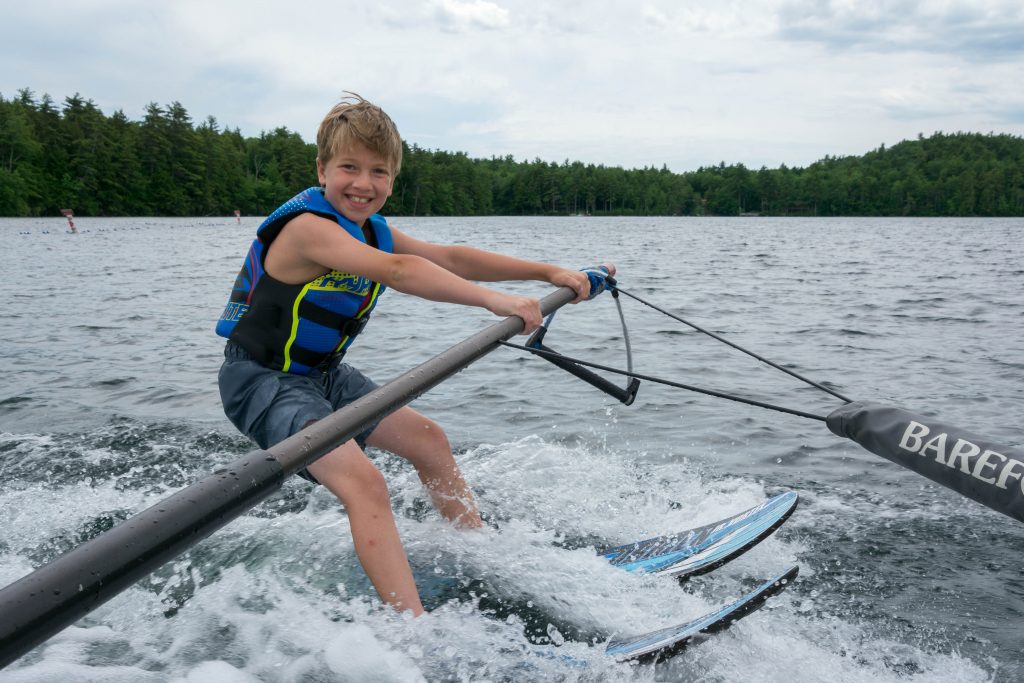 Last night’s movie (“Lego Batman”) went a little too late, so some of the early risers slept in past their usual 5:30. Flag-raising isn’t until 8:15, which is a very long time if you’re one of those with an early internal alarm. That’s where the Sunshine Club comes in.

The guys meet on the porch of The Lighthouse (where the light’s always on – Shep’s cabin), and Stephen tells you what areas are open. Today was early morning tennis, soccer, basketball, Harry’s Heroes or The Morning Show. Harry’s Heroes is a fitness challenge, that happens each day at half past seven. Additionally, the Morning Show is a really cool sports broadcast produced by George Simeon. It’s kind of like a Mike&Mike show, with guest stars talking about everything sports.

Speaking of sports… Despite the predicted rain, most of the day stayed clear and cool, perfect for sports and games. There were Porchtimes with Shep (a discussion period between Shep and the kids), tie-dyed shirt-making at Hilltop, and some delicious food cooking at the Skydeck. By 4:45 a huge amount of water was spilling from the skies, and all were sent back to cabins. Dinner was just an hour later, so there wasn’t enough time to organize an indoor activity. Instead, Situations were distributed.

“Situations” is an Evening Activity when each group of cabins is given a particular situation to act out on the stage. For example:

A new toy company asks your bunk to create the “next big thing” for kids, even more popular than fidget spinners. What did you create and what happened when you presented it to the company’s boss?

We were especially intrigued by Bunk 2, who invented eyewear called Hypnoglasses 5000. If you put the glasses on your counselor, he does exactly what you want. May we stay up all night? Sure, the counselor says. Eat candy all day? Absolutely, the counselor says.

All the guys on stage had a blast. We’re especially grateful to the older half of camp who made up the audience. They were kind, patient and listened incredibly well. That’s the spirit of Skylemar drama. Being on stage is a huge confidence builder, and for us, a way to have lots of fun. Fun is what Suzie, our Drama Director is all about.

Suzie’s first play will be “Beauty & the Beast”. Try-outs were yesterday. It’s sure to be a fabulous production!