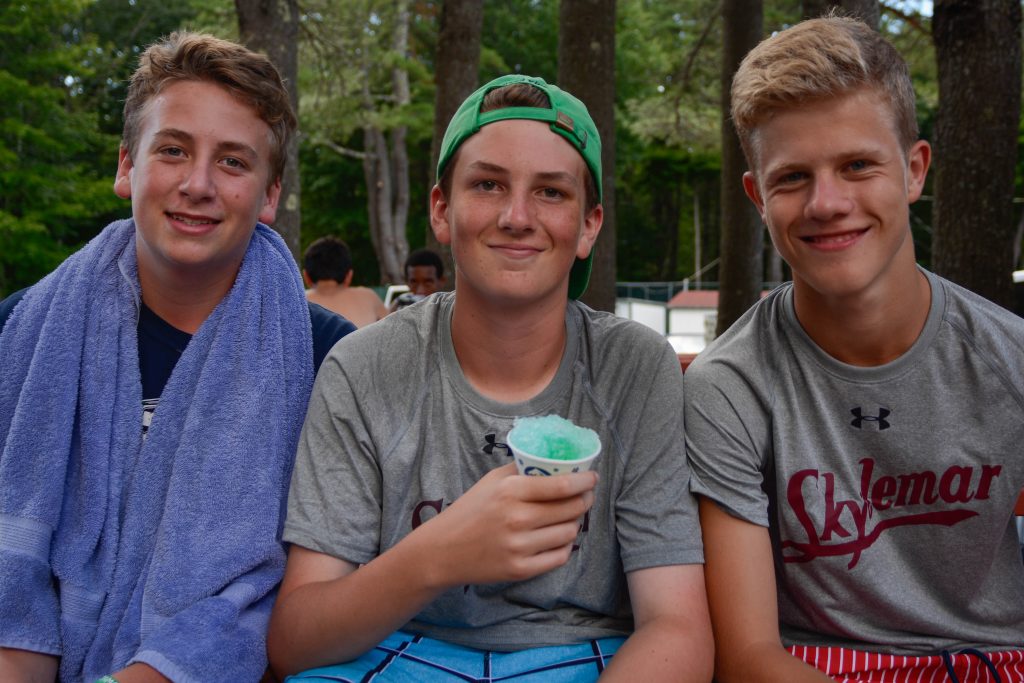 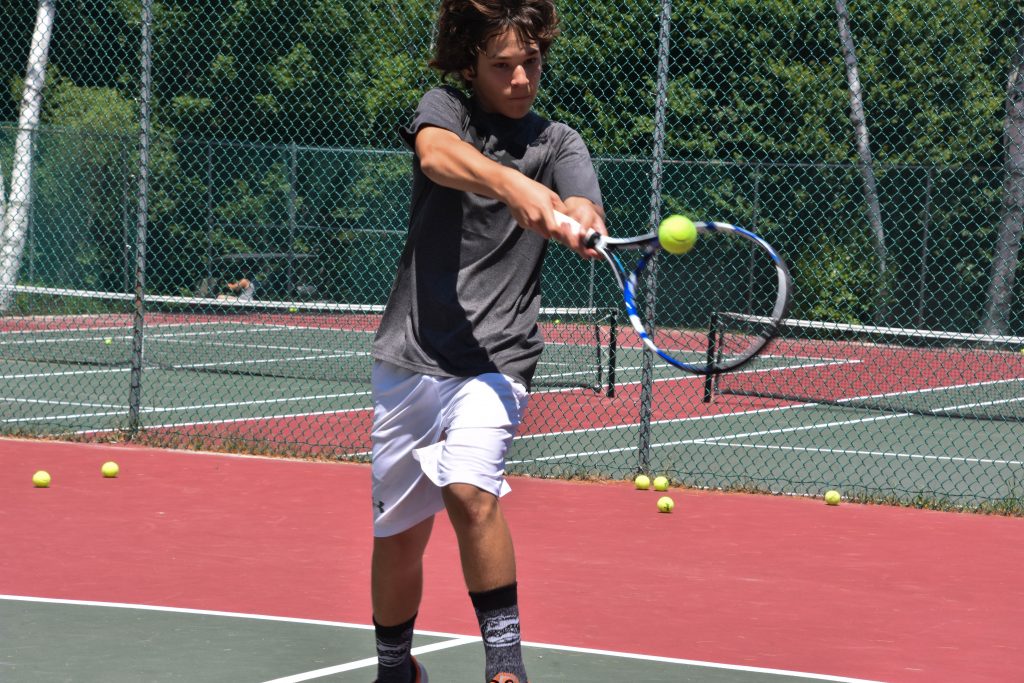 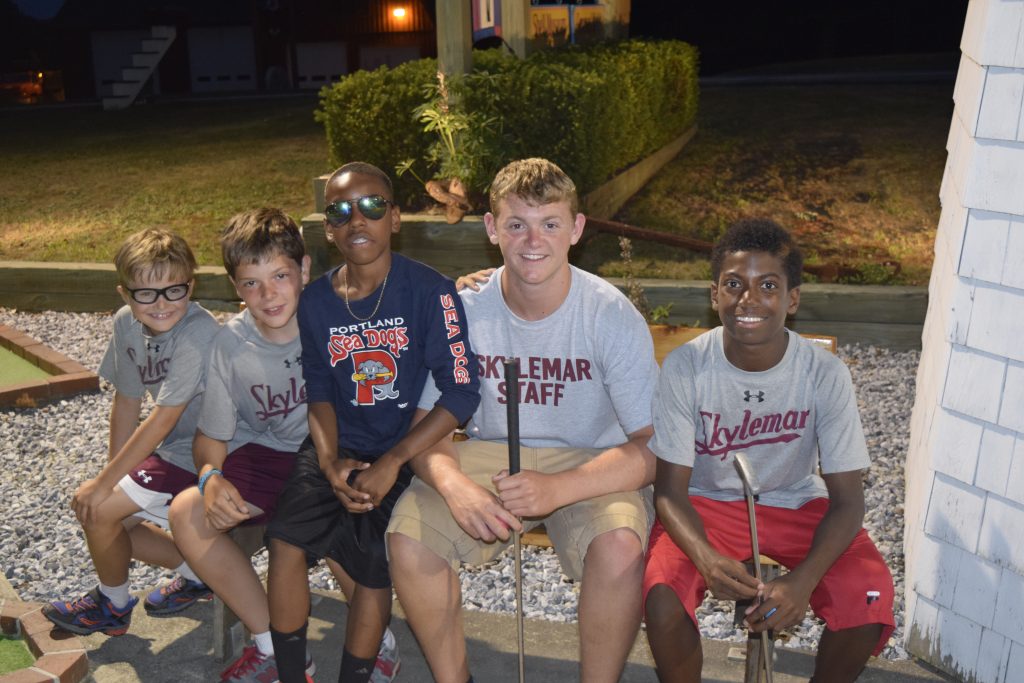 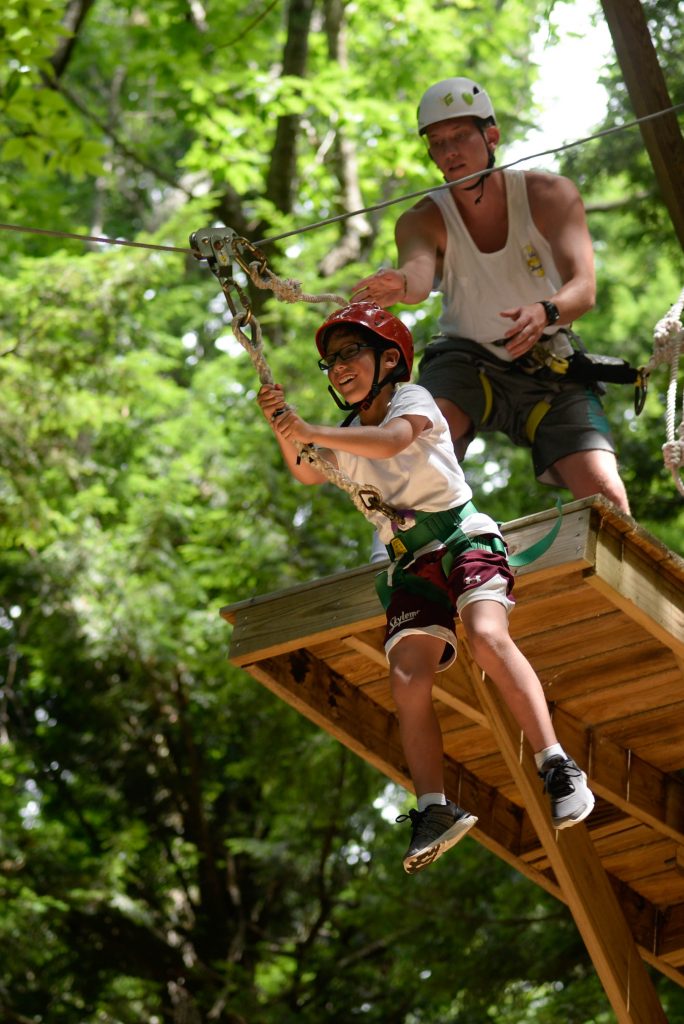 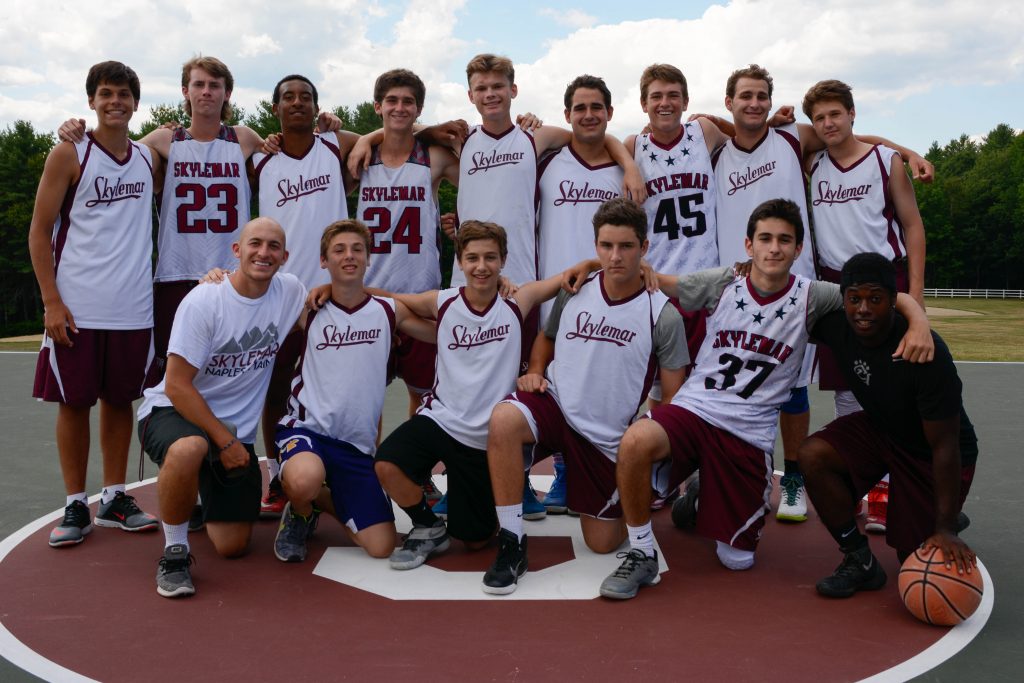 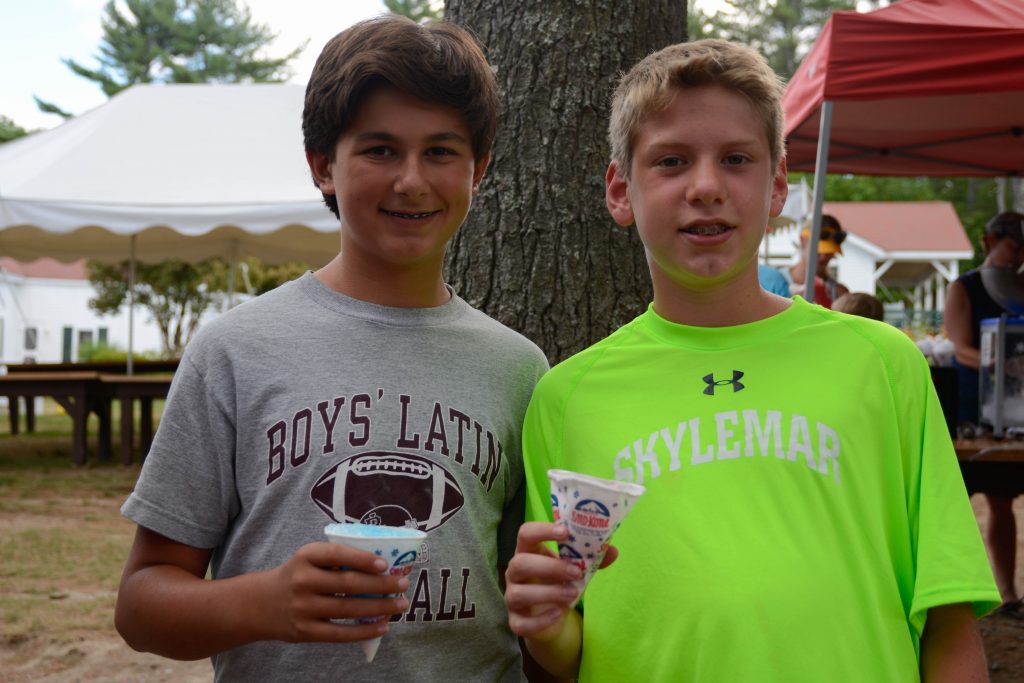 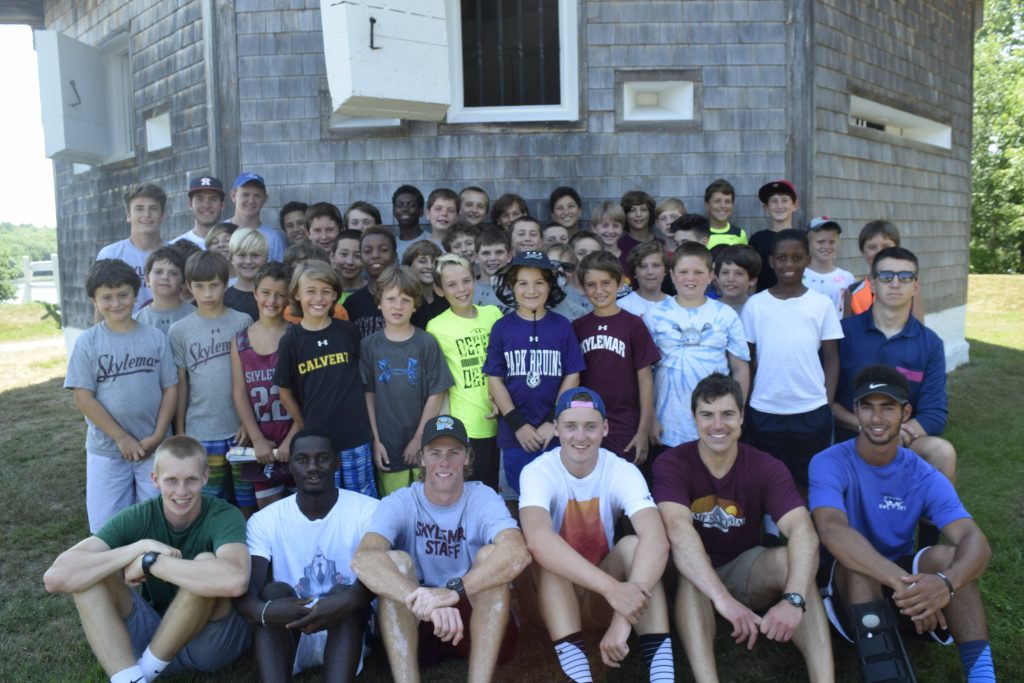 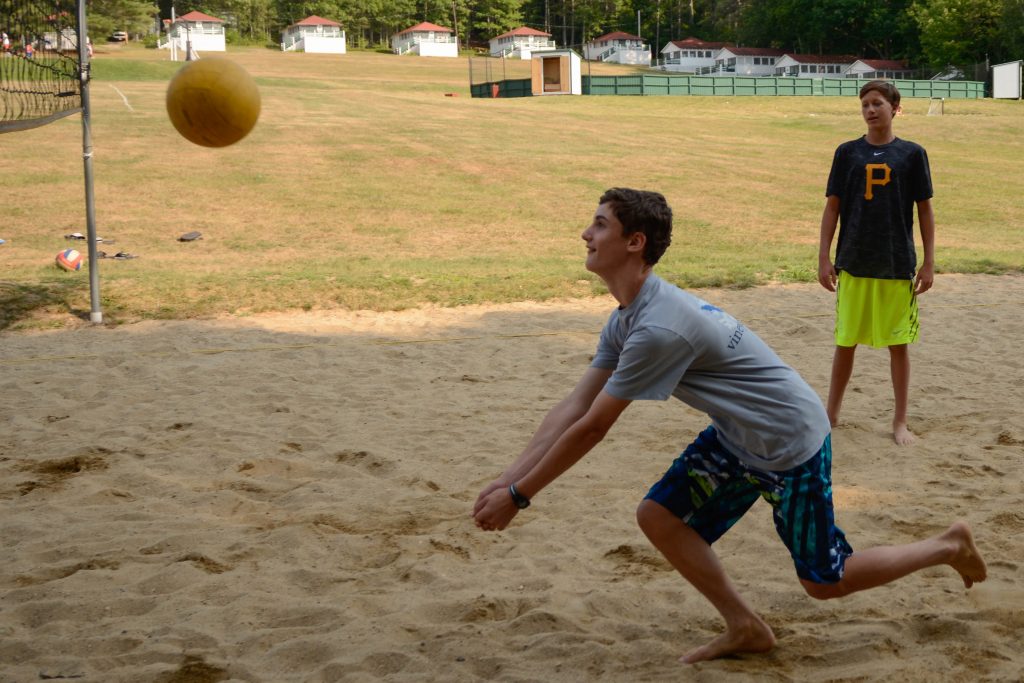 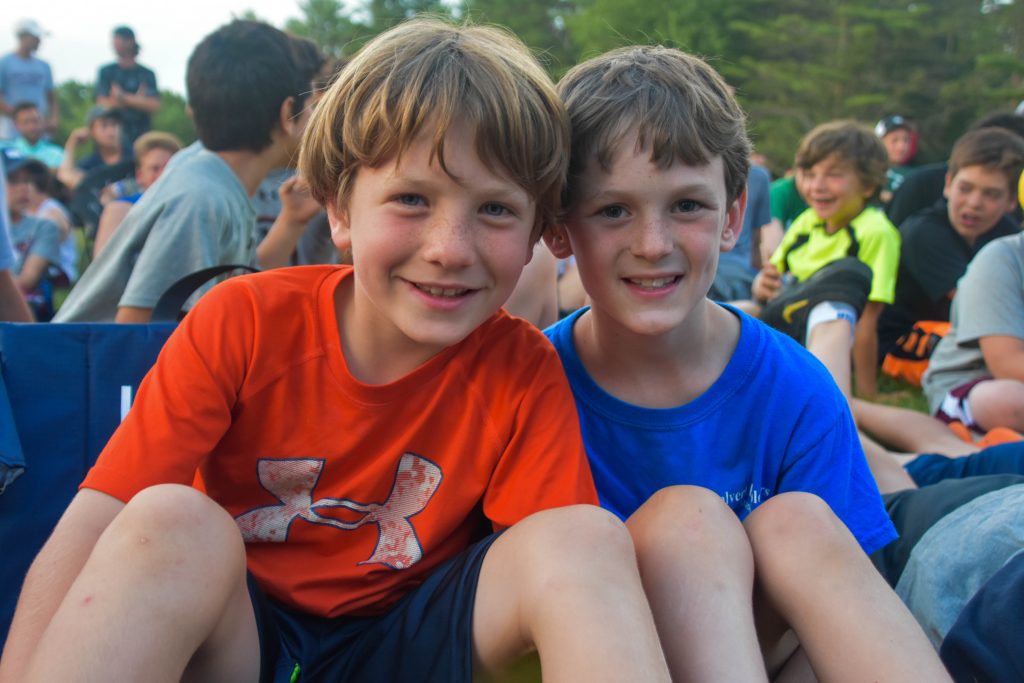 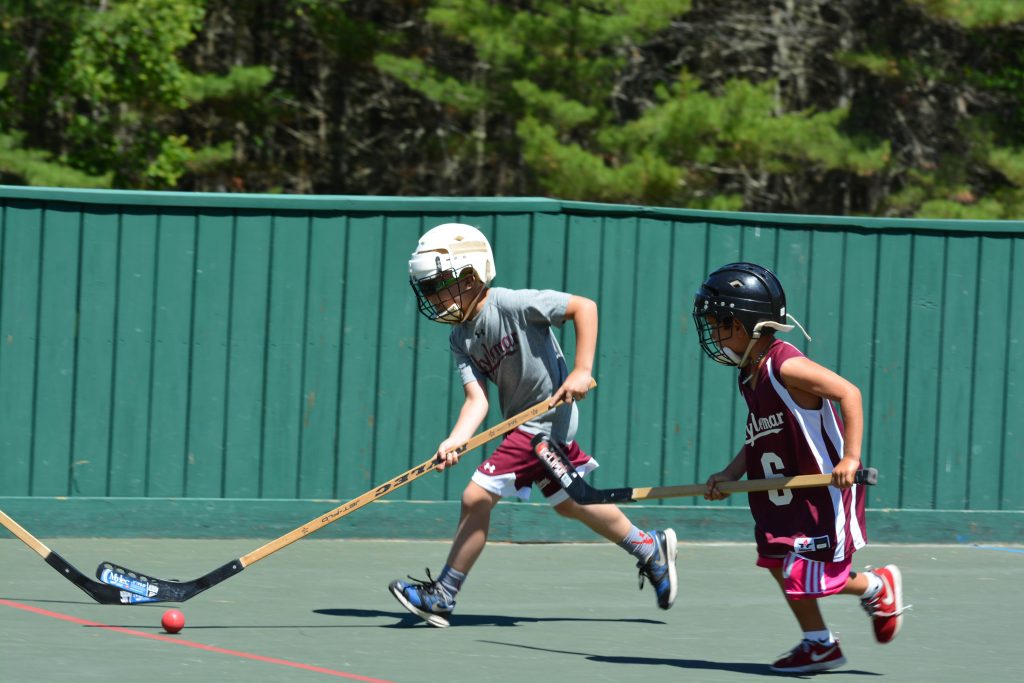 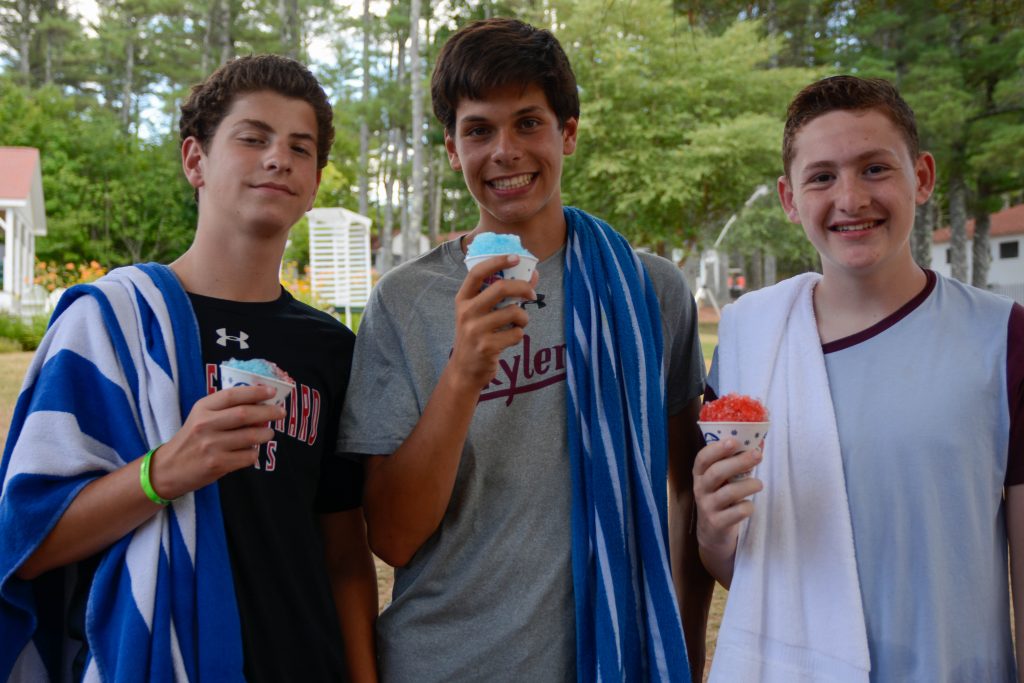 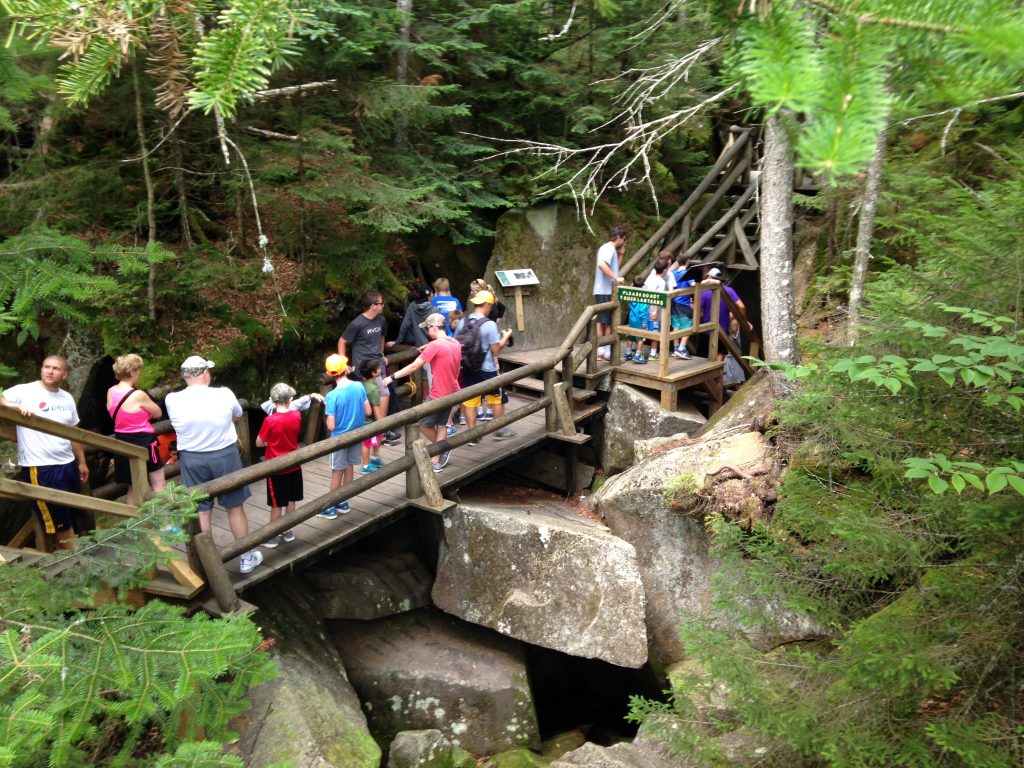 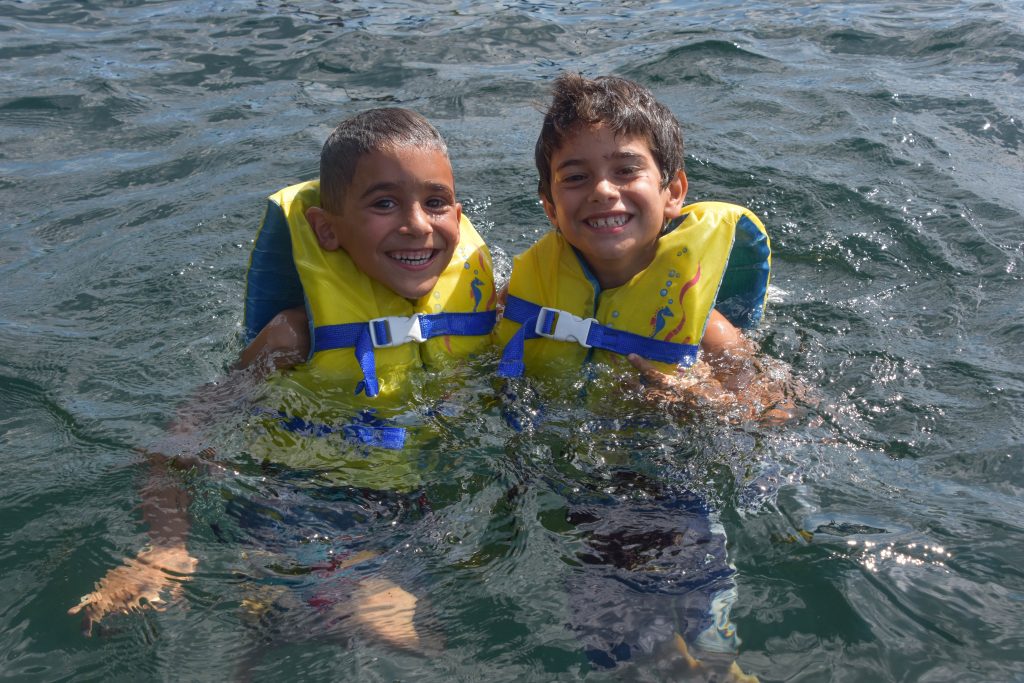 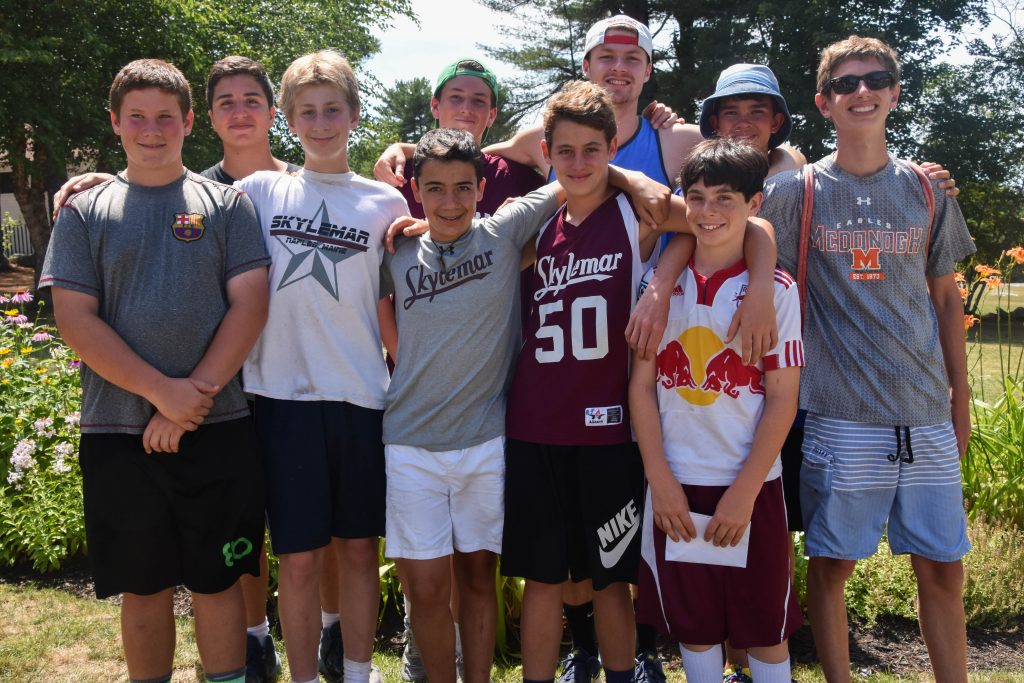 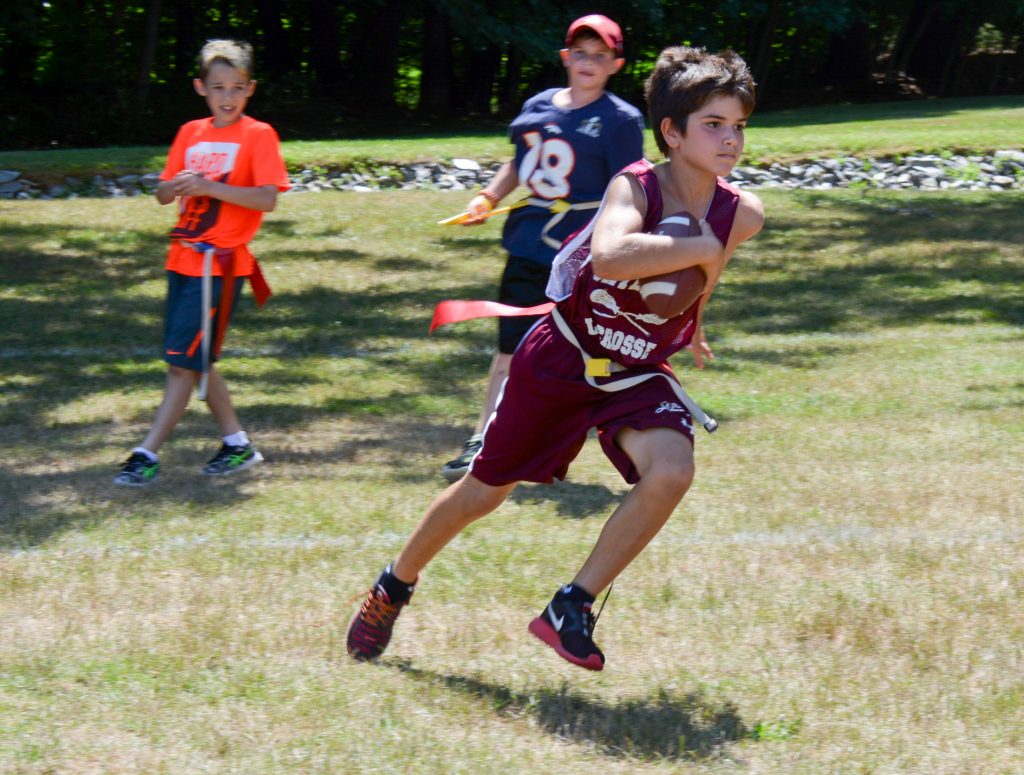 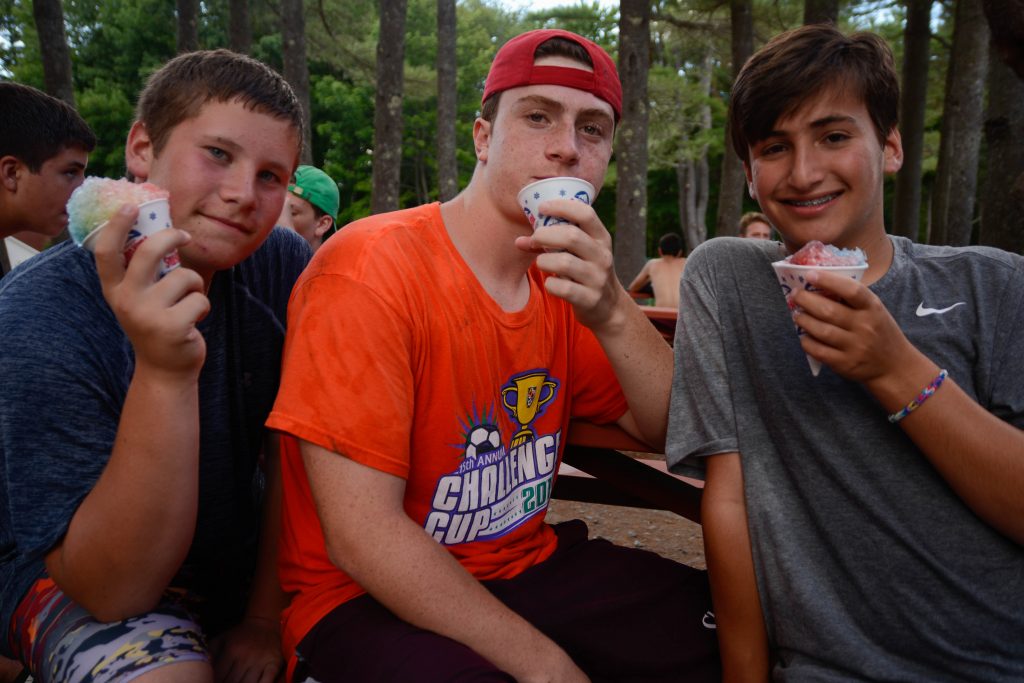 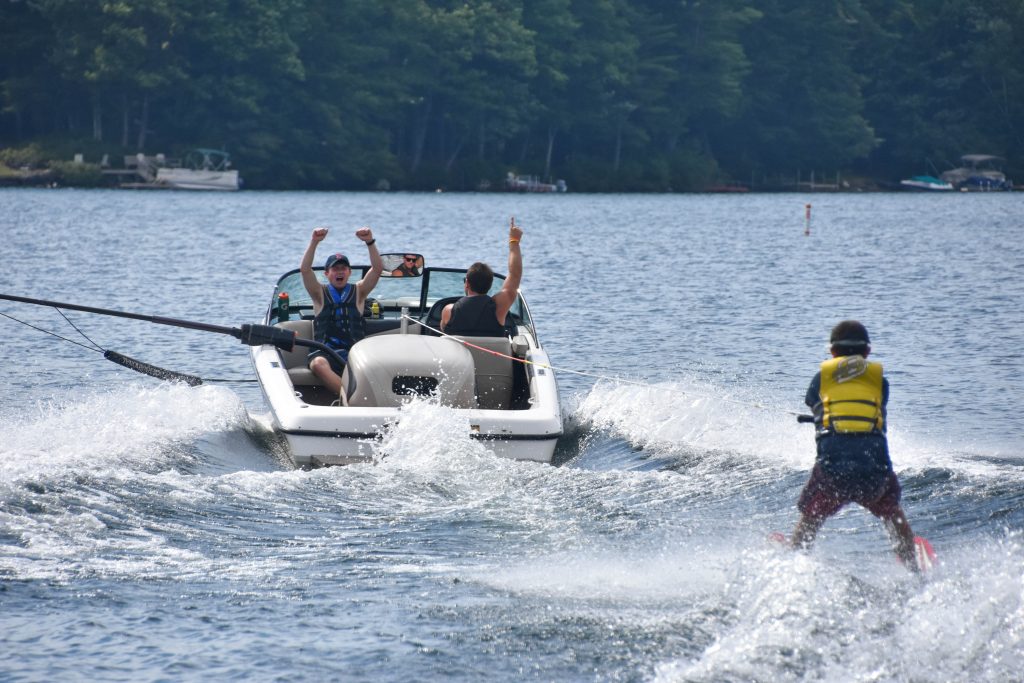 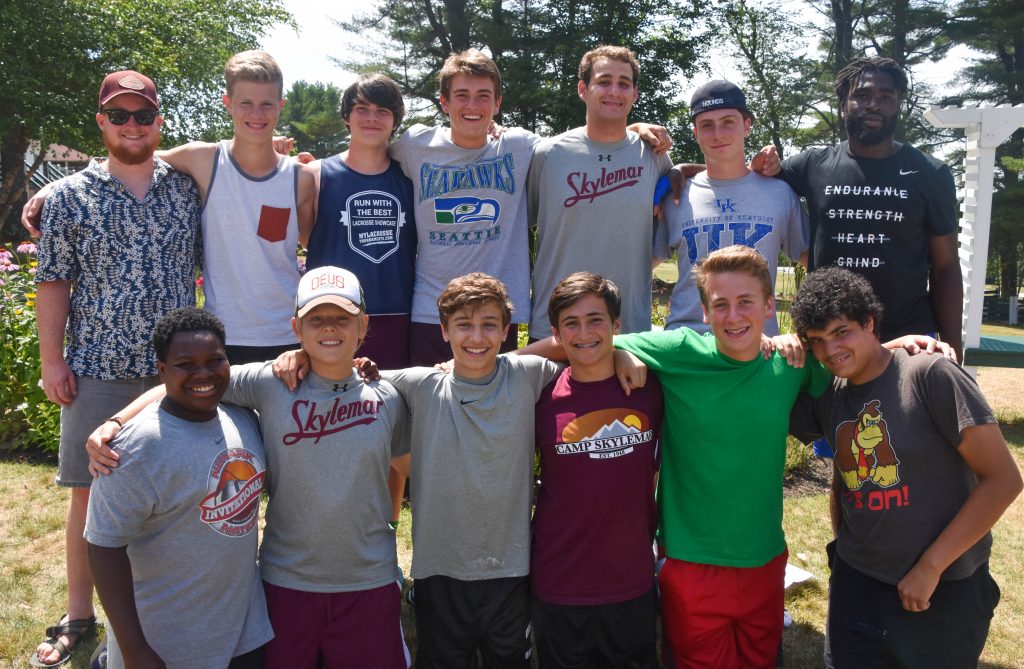 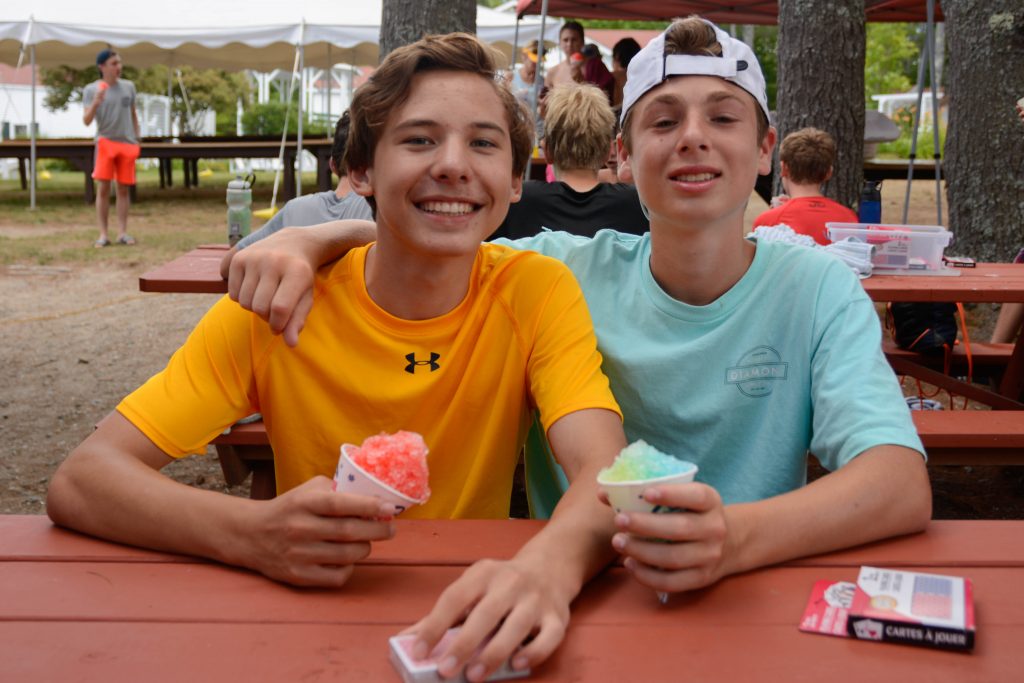 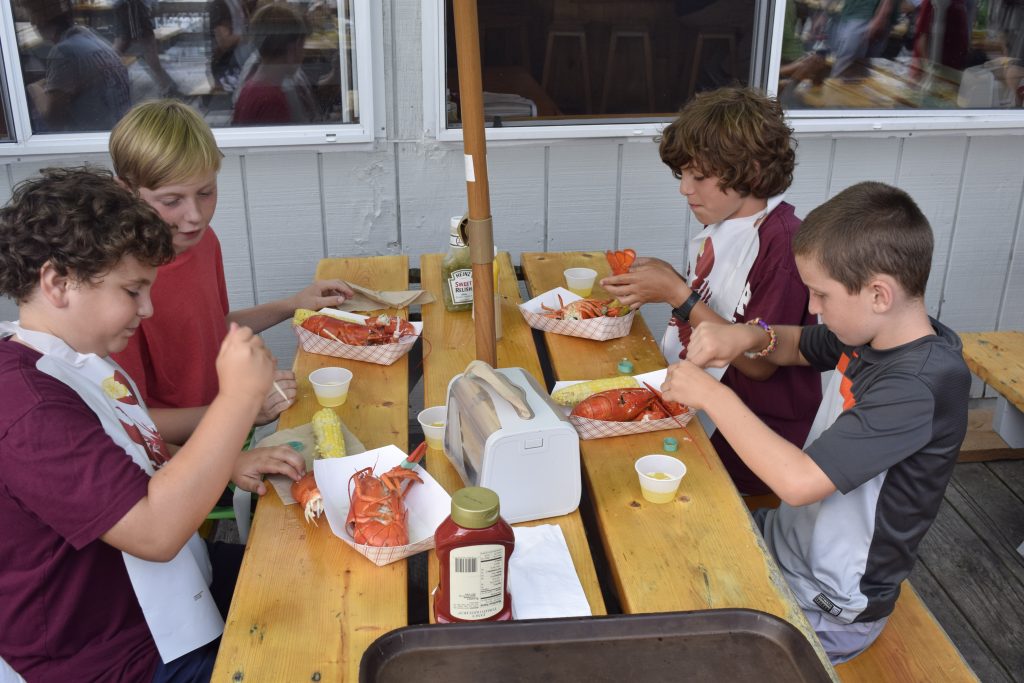 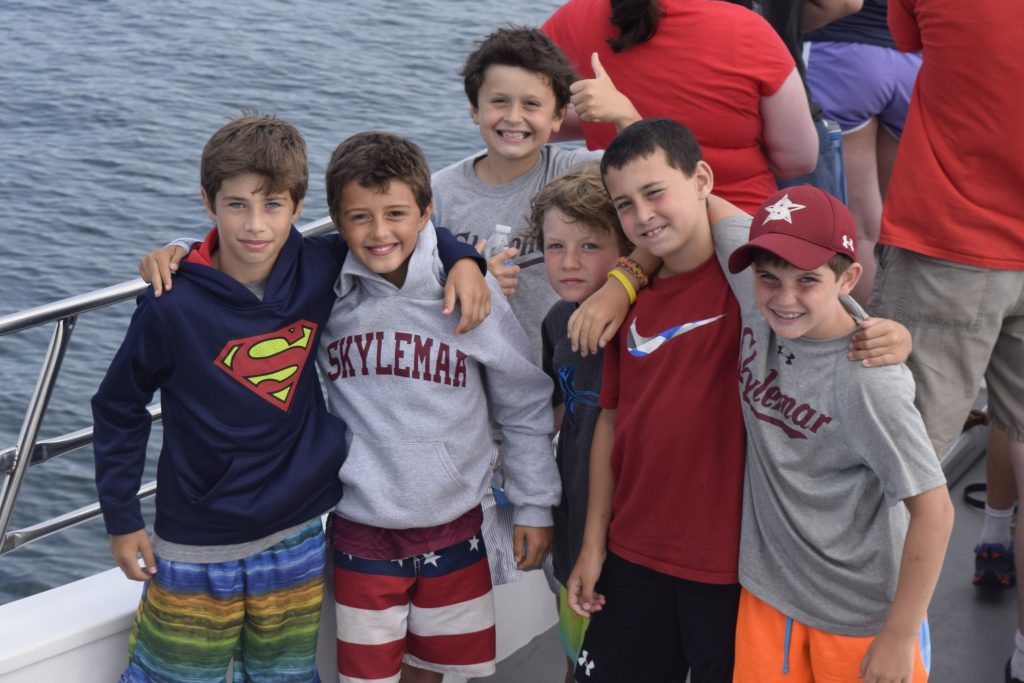 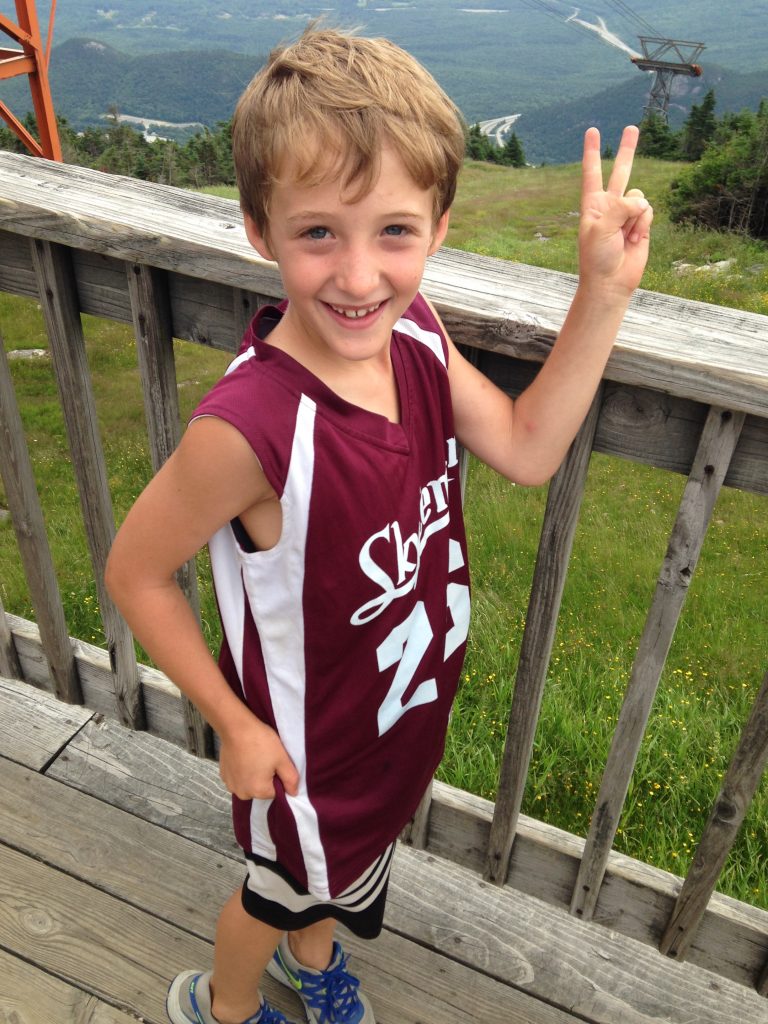 It always begins with LJ.

Then the older guys join in.

Now it’s everyone. LOUD and clear, till the walls tremble.

A few get up and dance. Once in a while…even Shep.

And when the excitement’s so high the room’s ready to burst…
Nick’s hands go up. Everyone does the same. All kinda yell up the scale, “Ahhhhhhhhhhhhhh “…

Until the perfect moment, and then “WHOOSH!!!!!”

Now THAT'S how you get a place quiet and ready for Announcements which follow every meal.

Led by Nick, Mitch, George or Shep, it’s much harder than you’d think. Getting a room of 350 extra loud mostly men quiet and attentive is no easy feat. There’s lots to remember, and quick thinking is required.

Announcements are one of those times that bring Skylemar together. There’s casual “shout-outs” for those of all ages who did something remarkable (Jordan B swam over 5 miles), honorable (the counselors were amazing on the trips) or interesting (Evan S caught a fish that was this big).

Signups are announced for teams, trips and private lessons (see Ted if you’d like to play in the U12 tennis tourney, Steve if you want a private golf lesson or Noah if you want to go on a day hike.) Why not just sign up with a pen on a piece of paper? Because we’re kinesthetic learners during the summer. Physically speaking to the person in charge teaches a boy to advocate for himself and use good manners.

Today, Mike made an announcement about the U15 basketball game. “We played well, demonstrated great sportsmanship and came out on top. Thanks to Breezy for firing up the team.”

Joel gave a brief summary of the Cannon Mt. trip. Gordo did the same for Boothbay. Those going on the Winny Trip were told to meet at the flagpole.

Shep reminded us to drink plenty of fluids, and talked about “Take It Easy Tuesday”. It was extra hot and humid, so we needed to slow down and relax a bit. Snowcones helped us through the heat.

Evening Activity was announced. It’s “Lip Sync Battle”. That’s when each cabin picks a song, and performs it in front of the whole camp.

When the Lip Sync Battle rolled around, we were reminded about how it’s far more about the performers having fun than it is about the audience. The original artists sure don’t have a thing to worry about, but the air guitarists did have a super great time.

“The Skylemar experience has been a tremendous gift for our family for many years and we thank Lee, Herb, Arleen, Shep, and their family. The bonds made at Skylemar, the lessons learned, and the friendships developed are powerful and lifelong. It is, quite simply, the greatest group of guys in the whole world.”