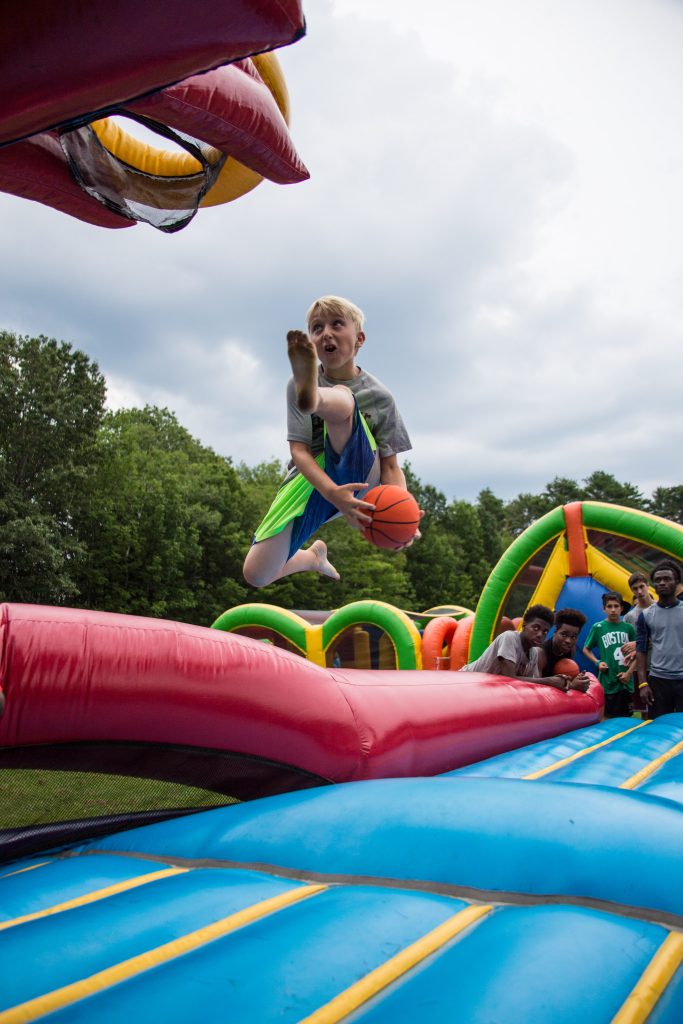 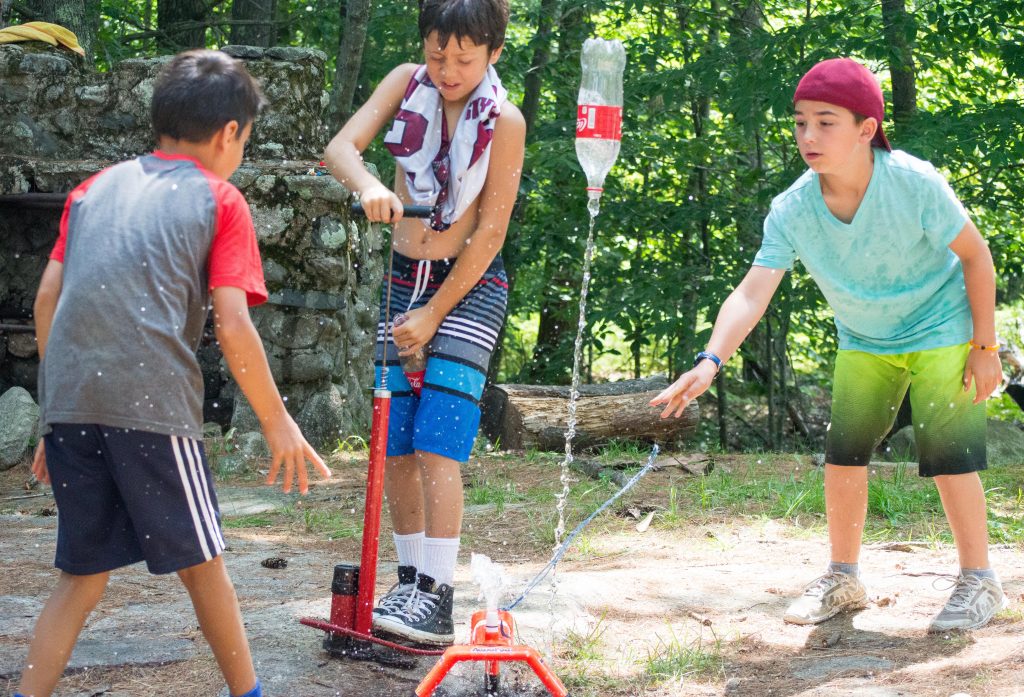 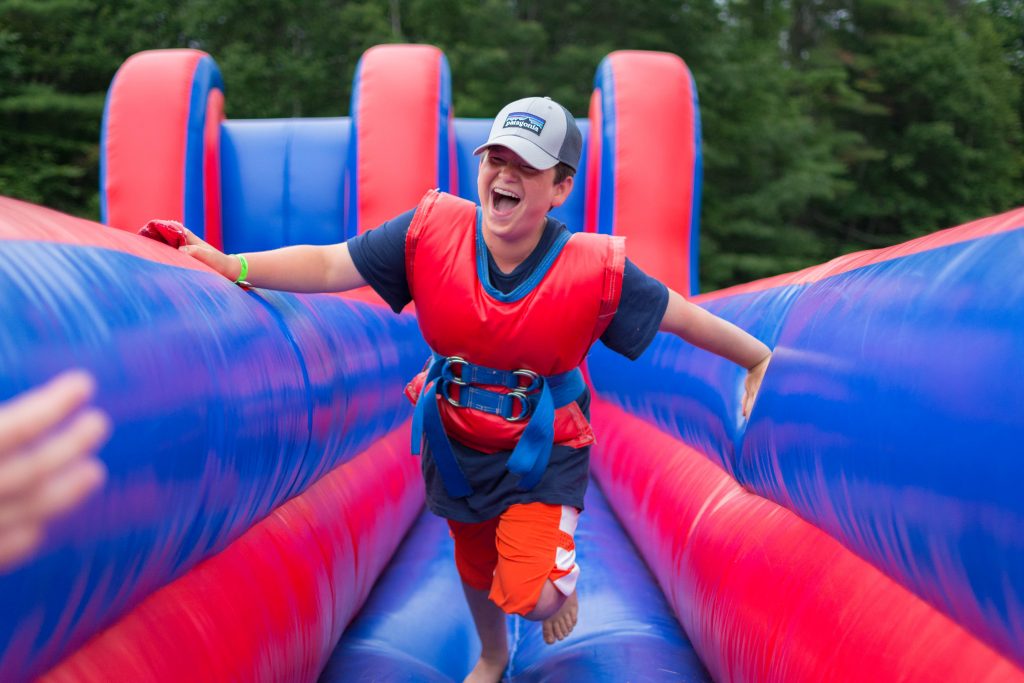 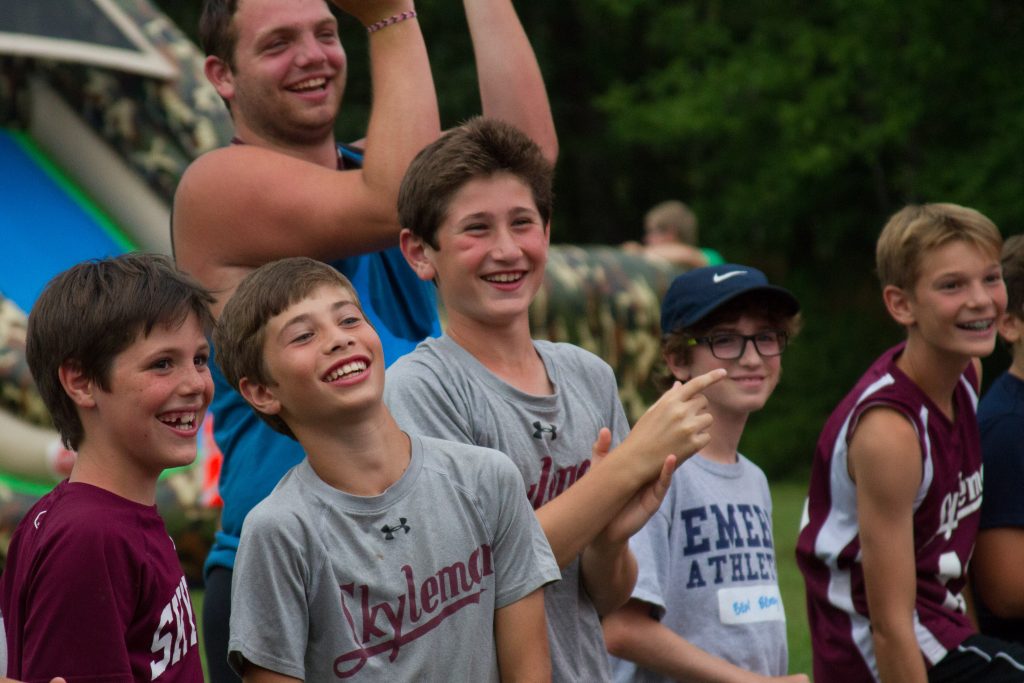 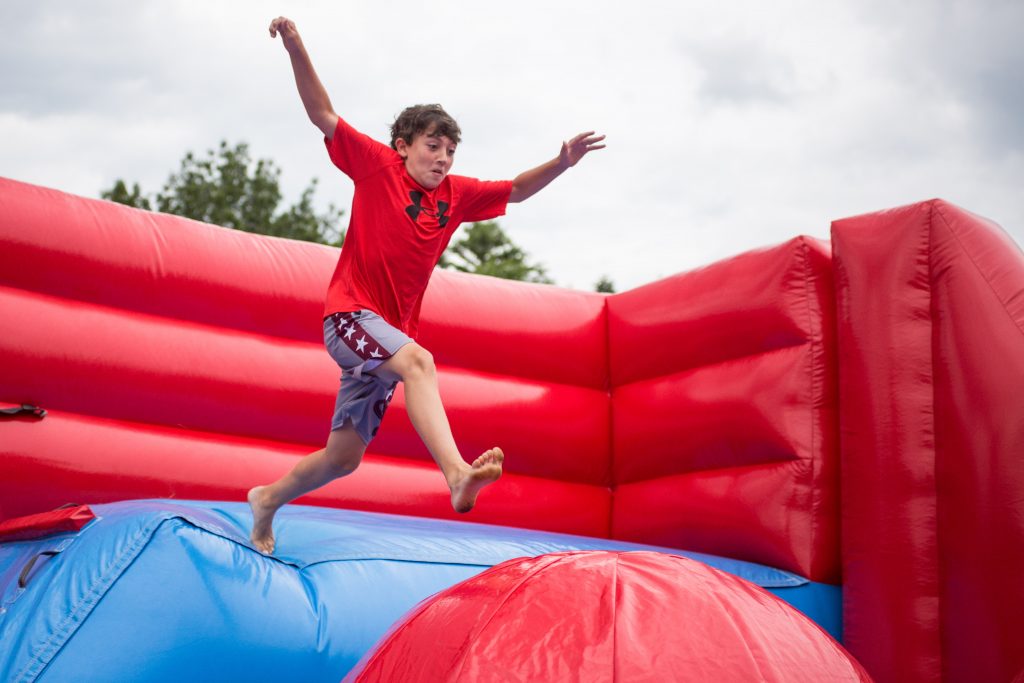 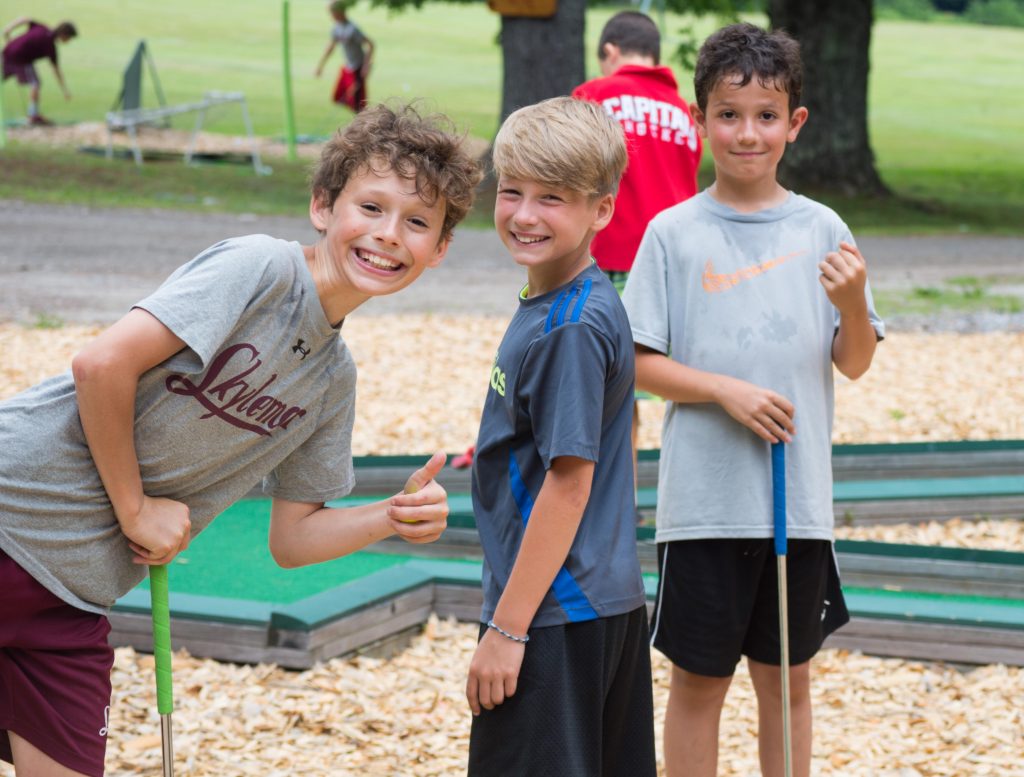 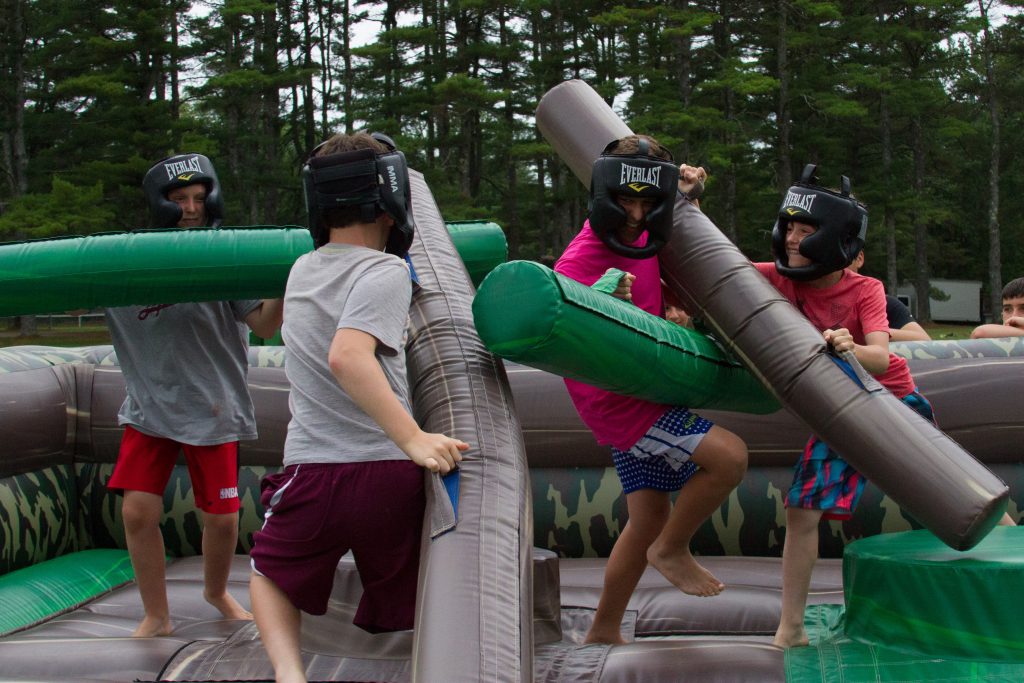 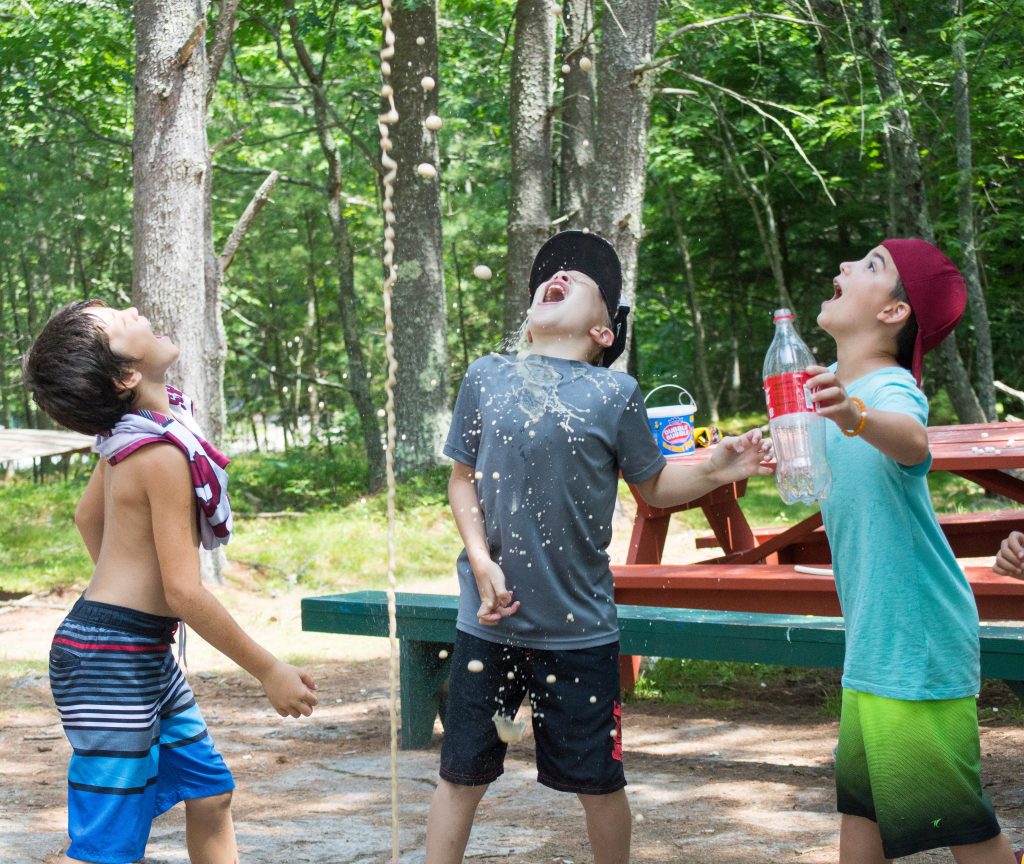 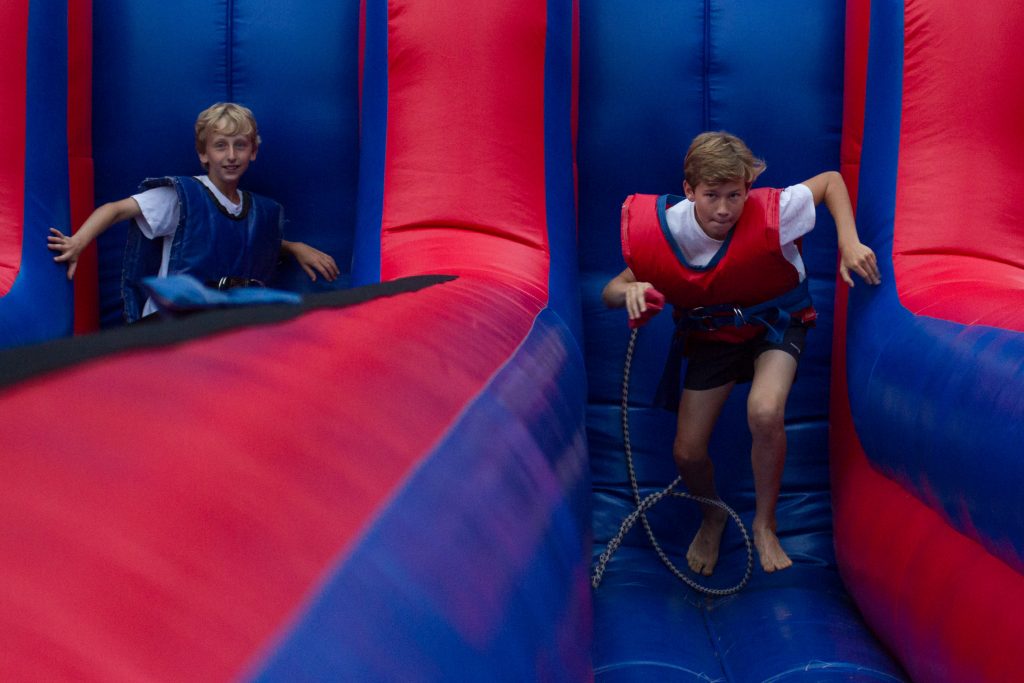 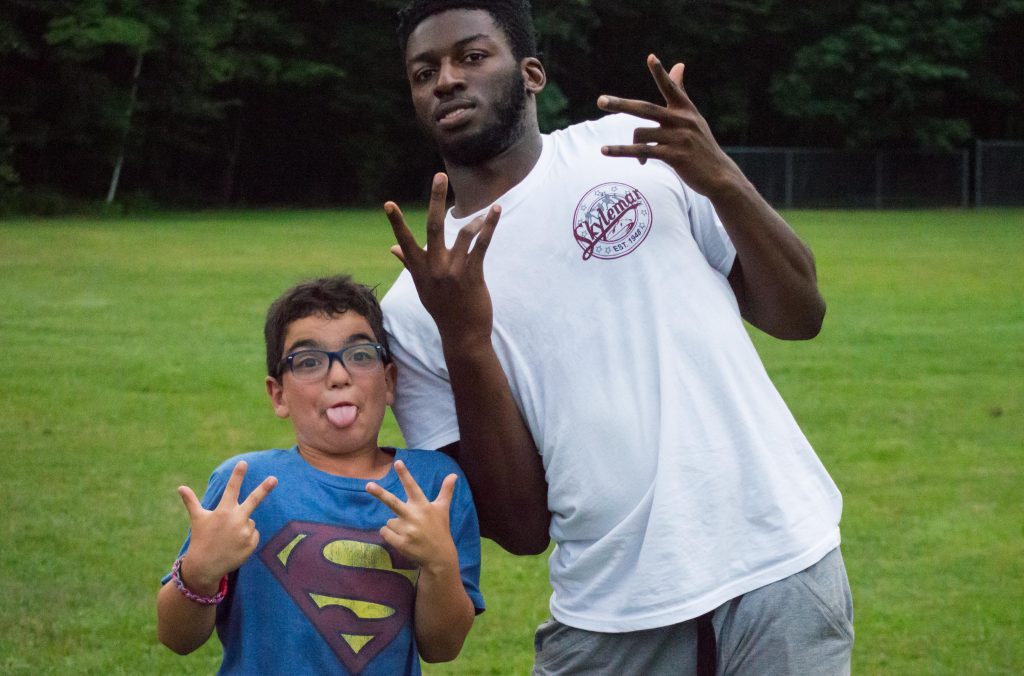 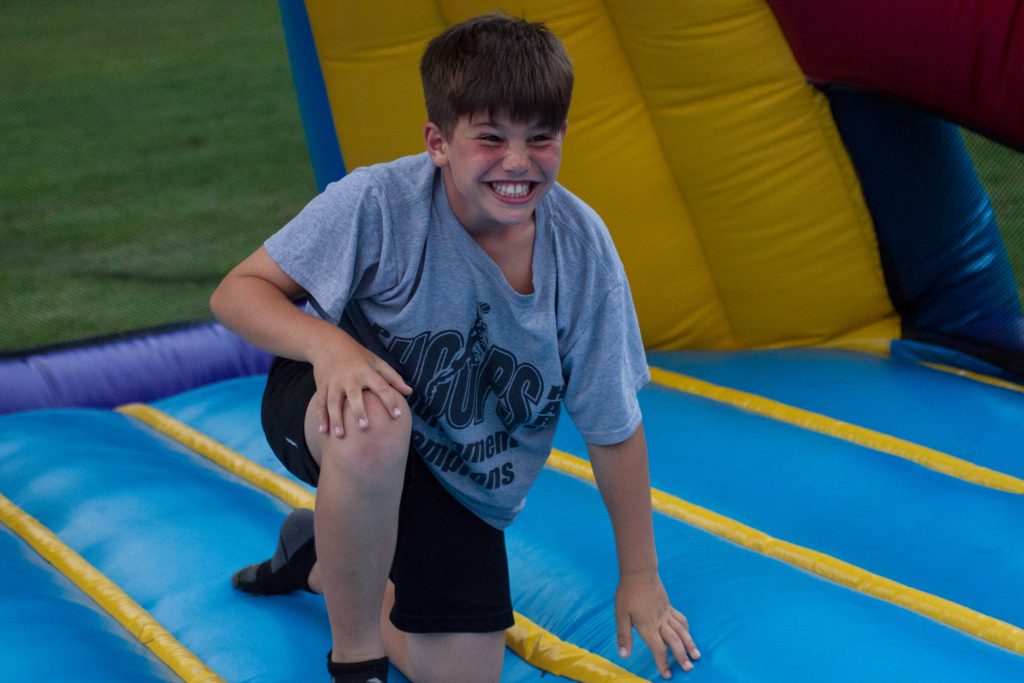 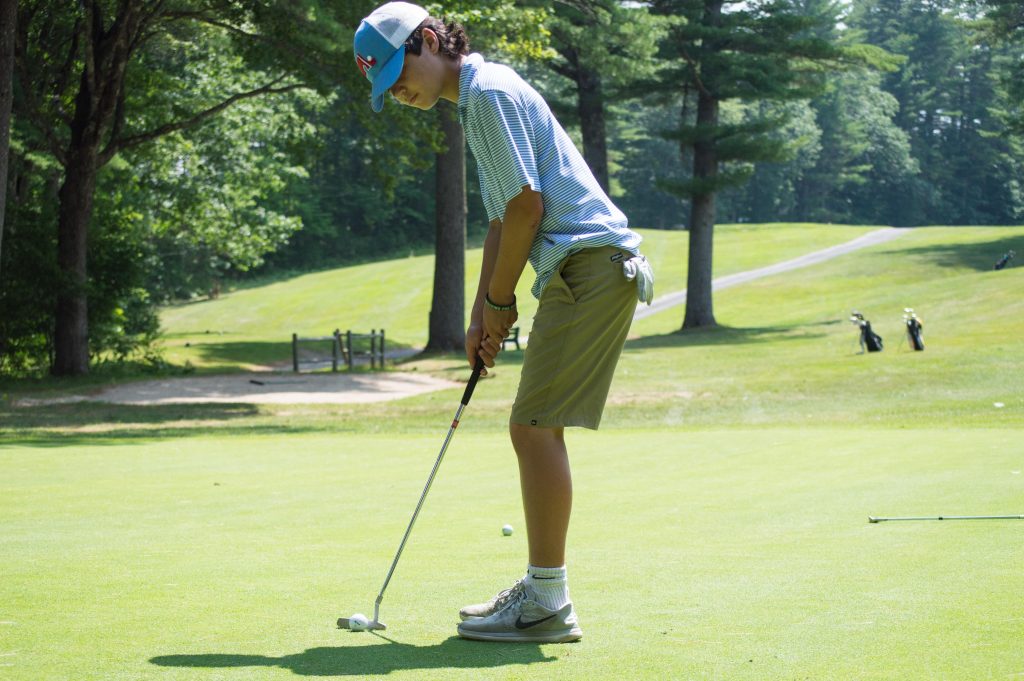 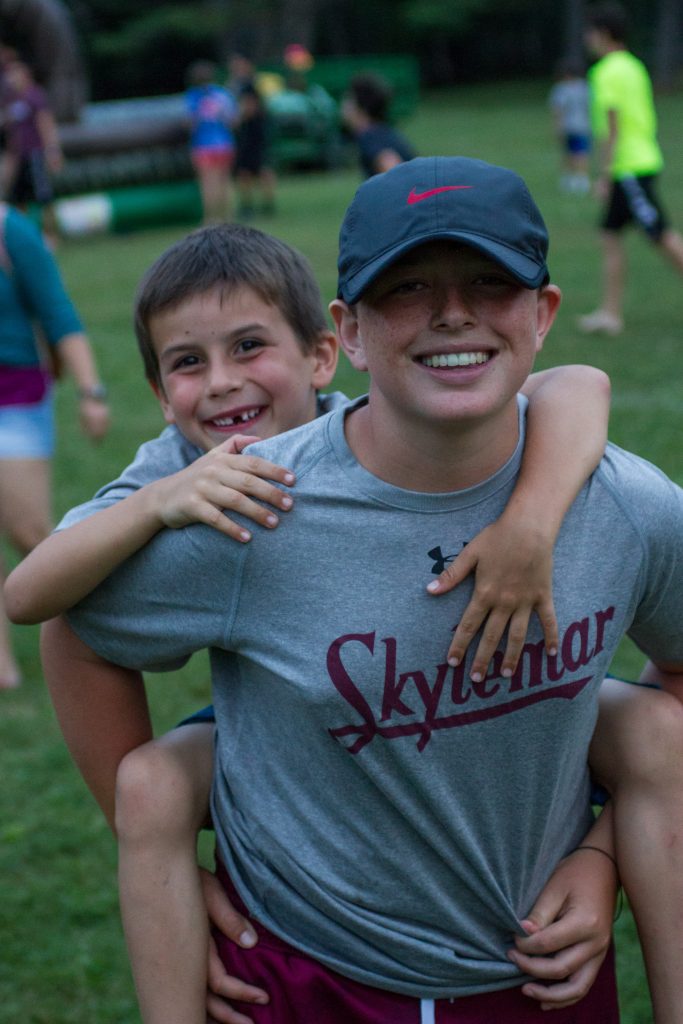 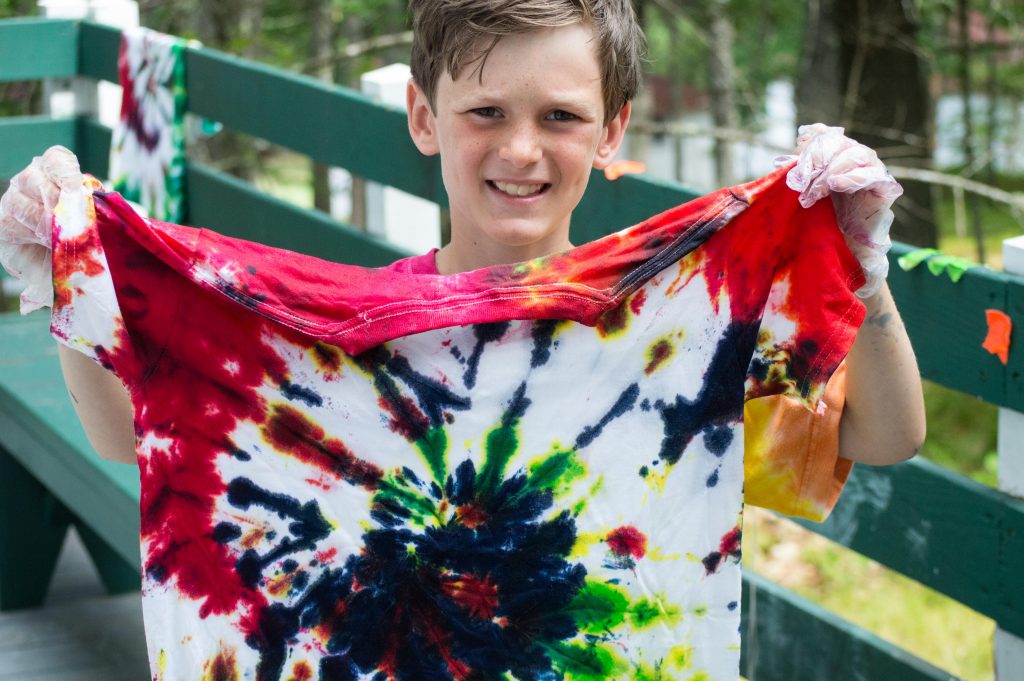 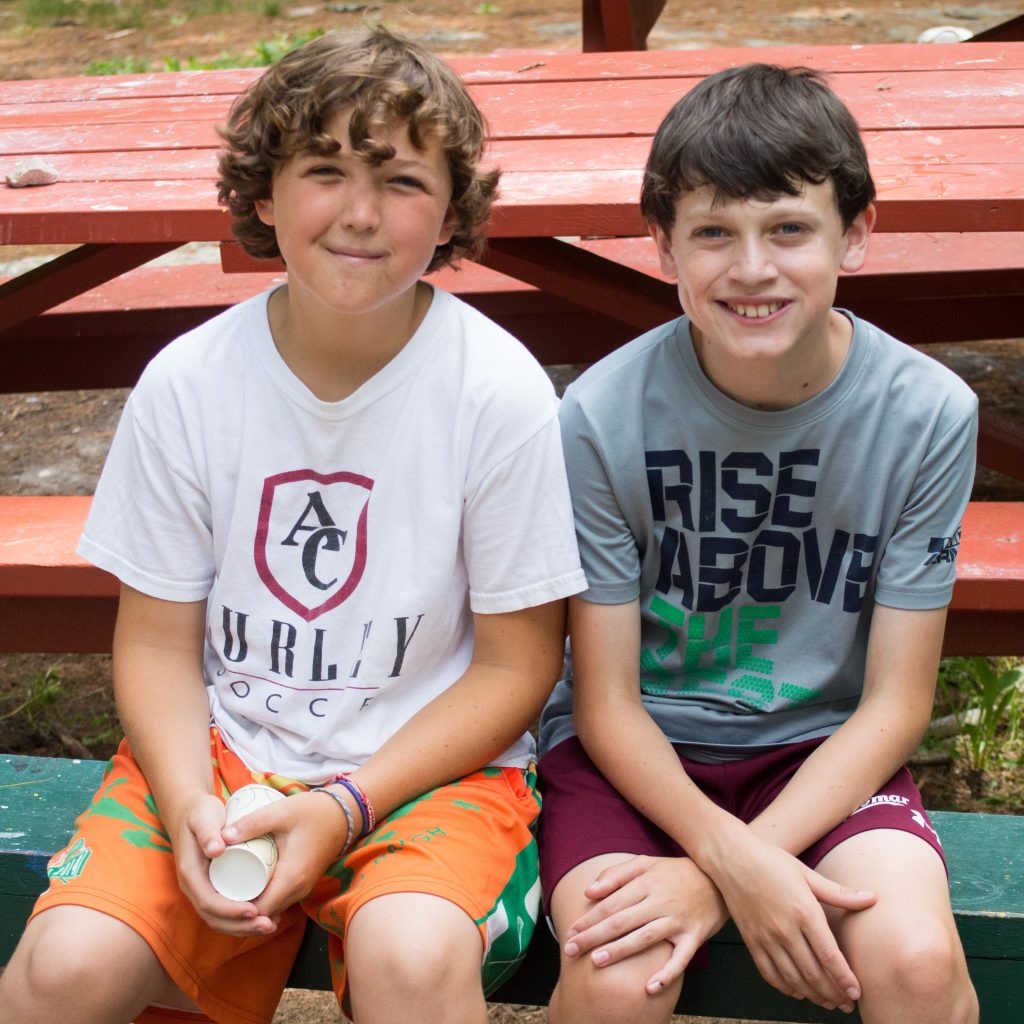 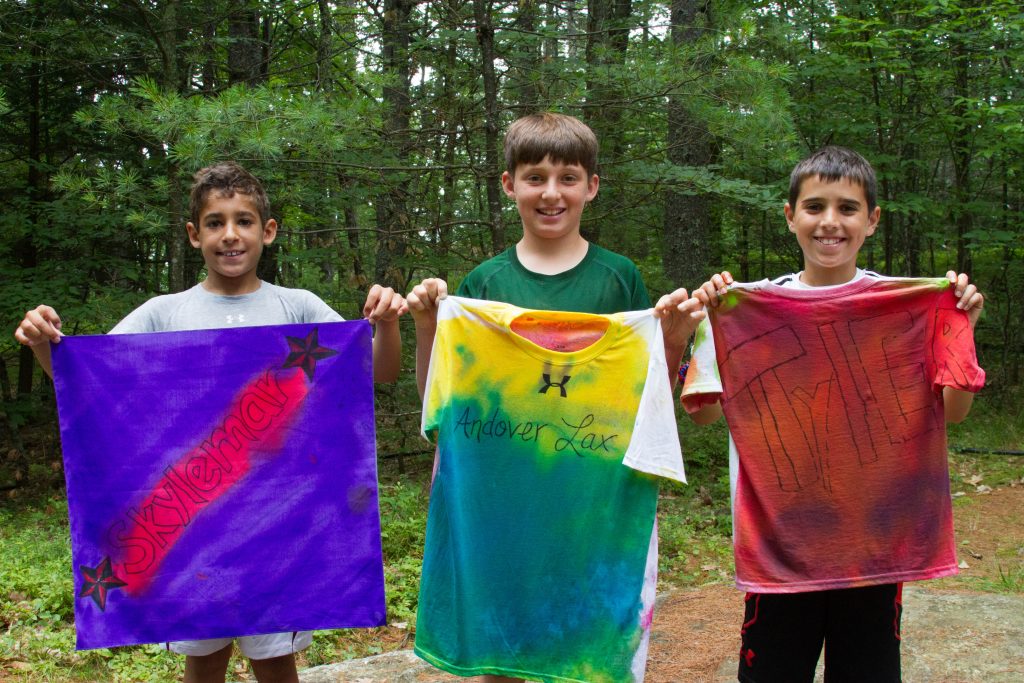 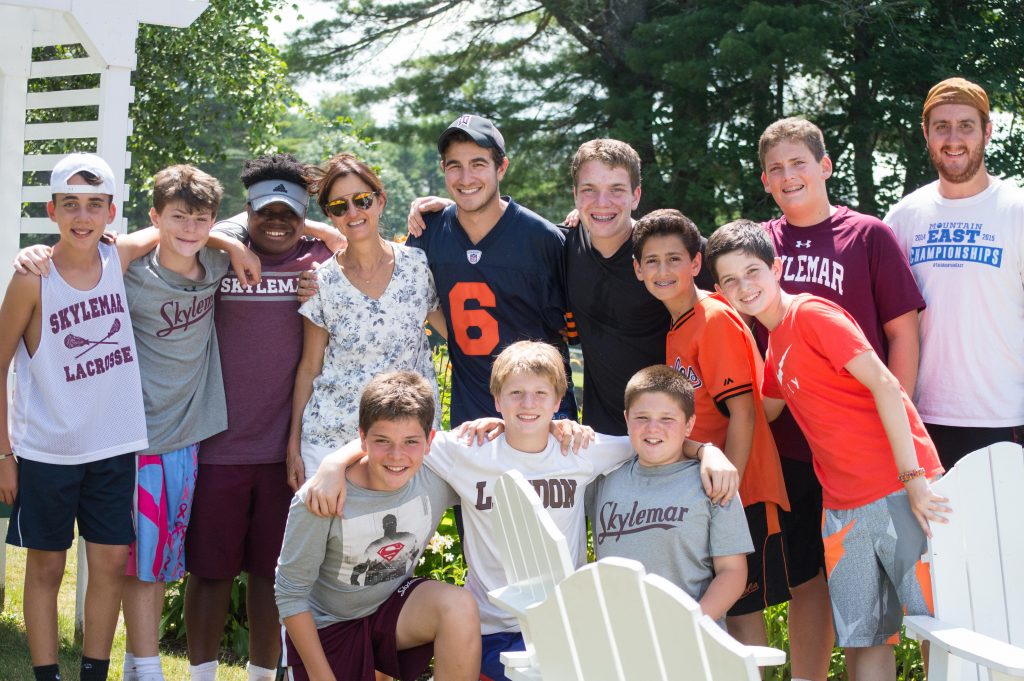 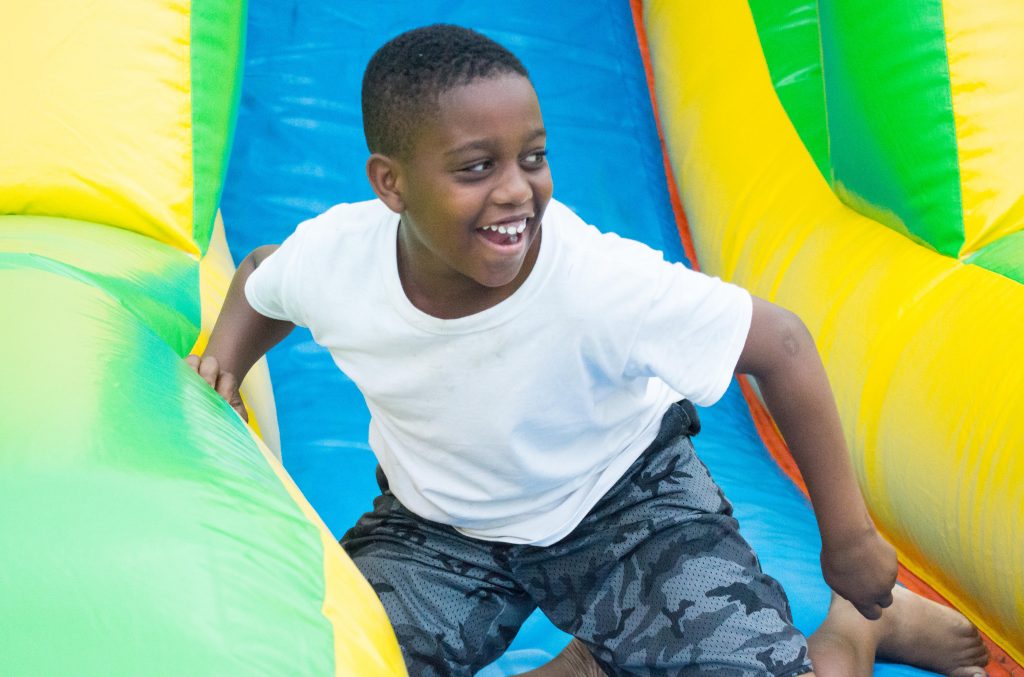 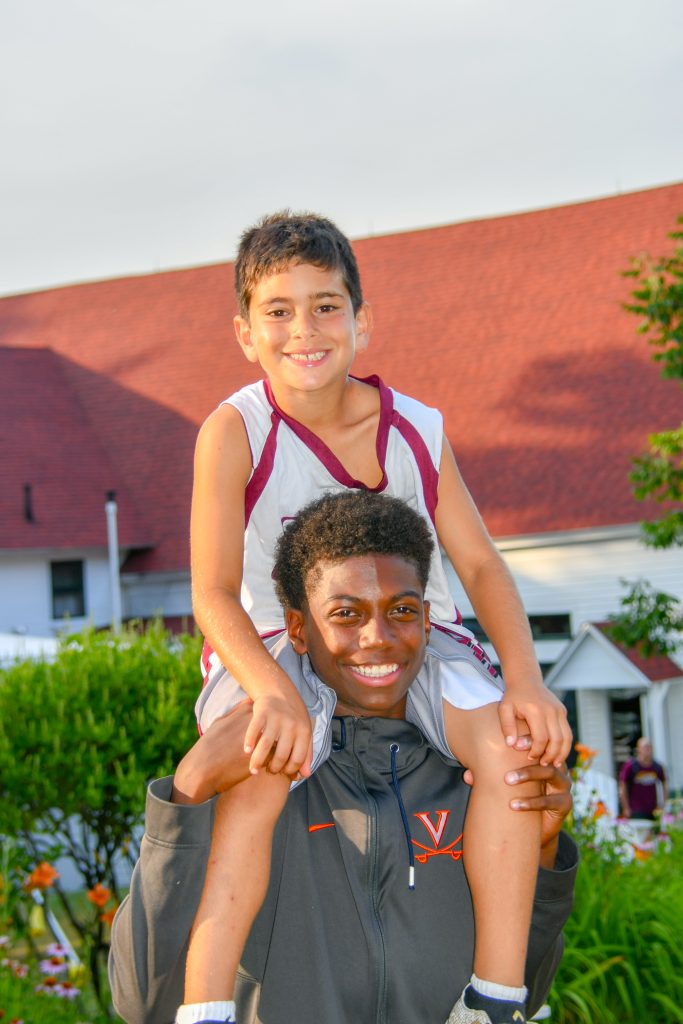 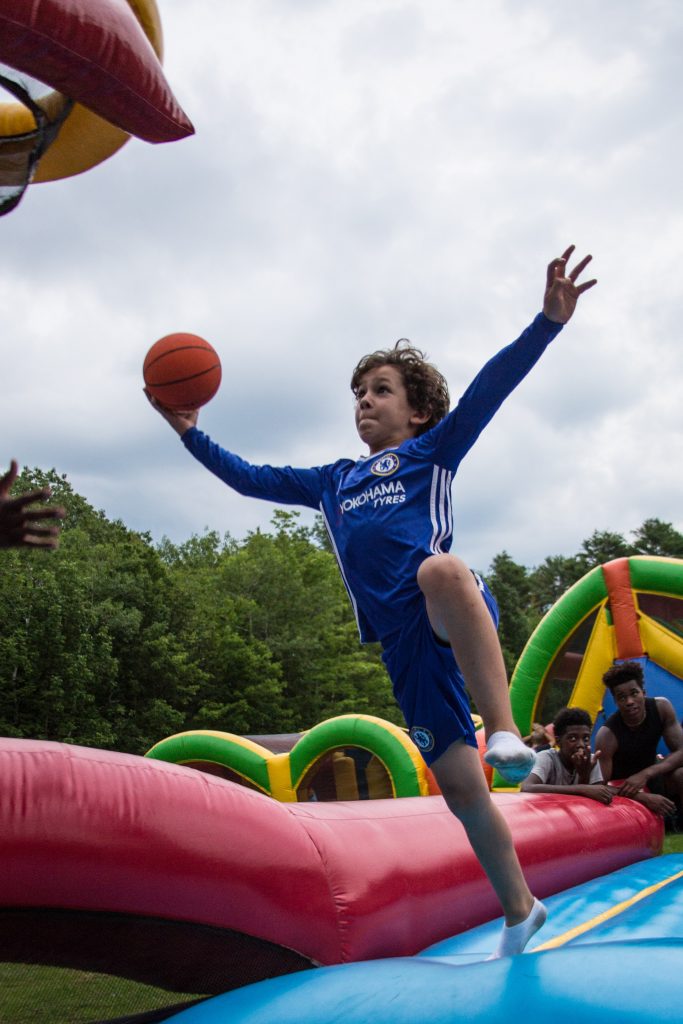 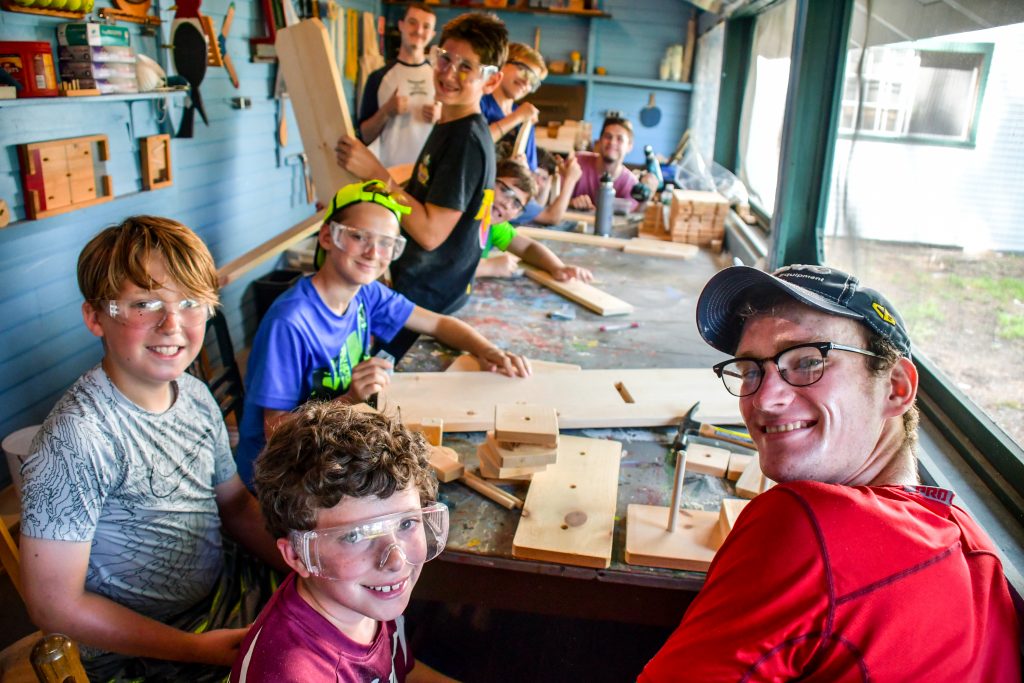 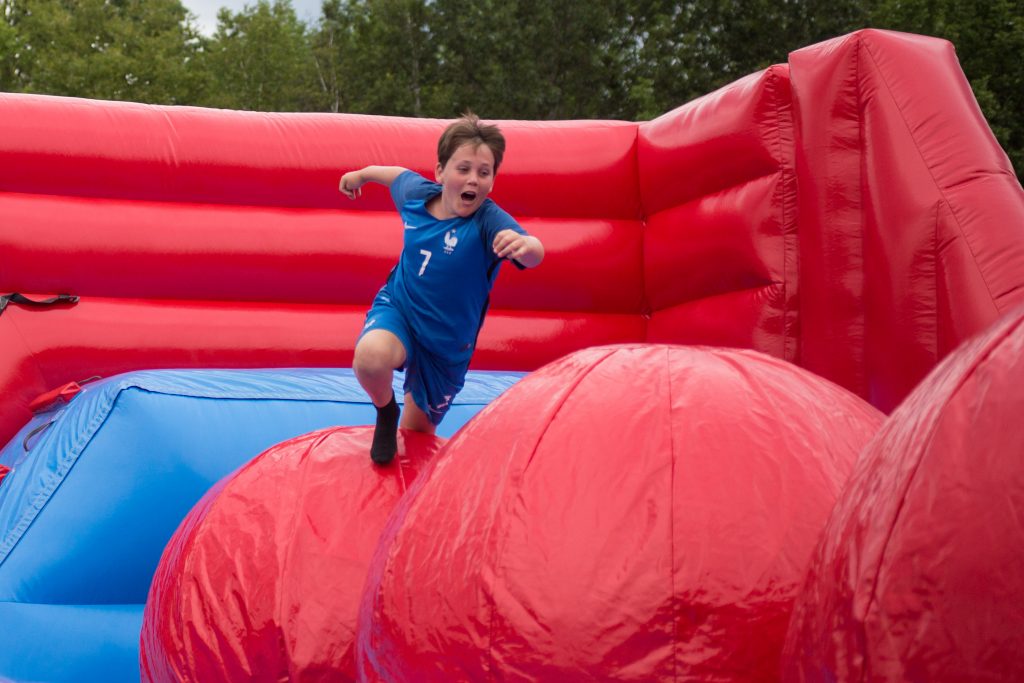 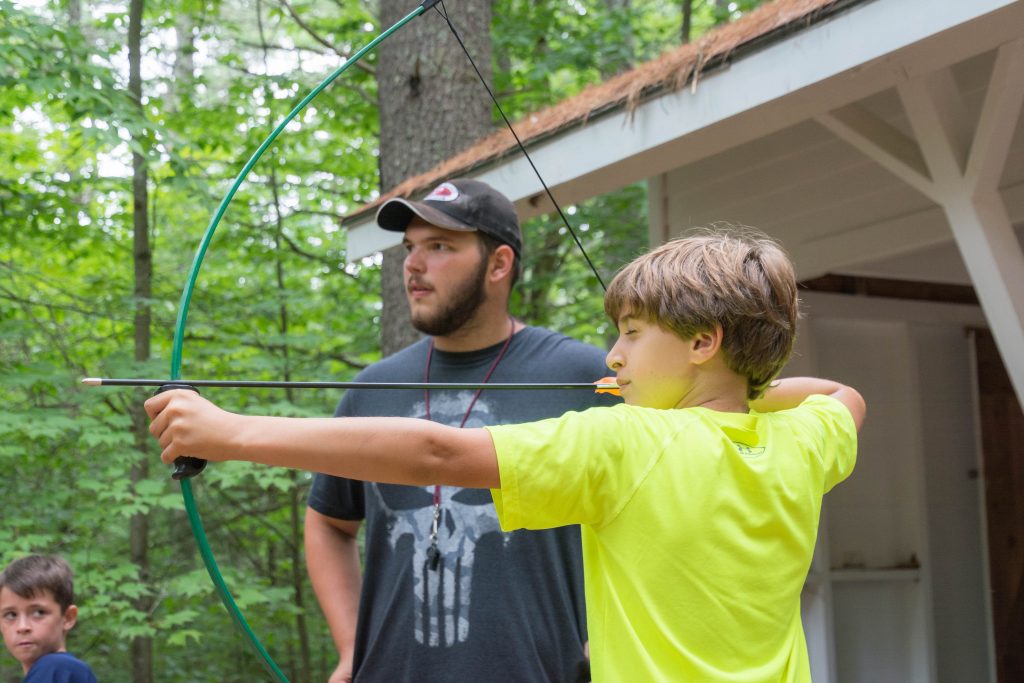 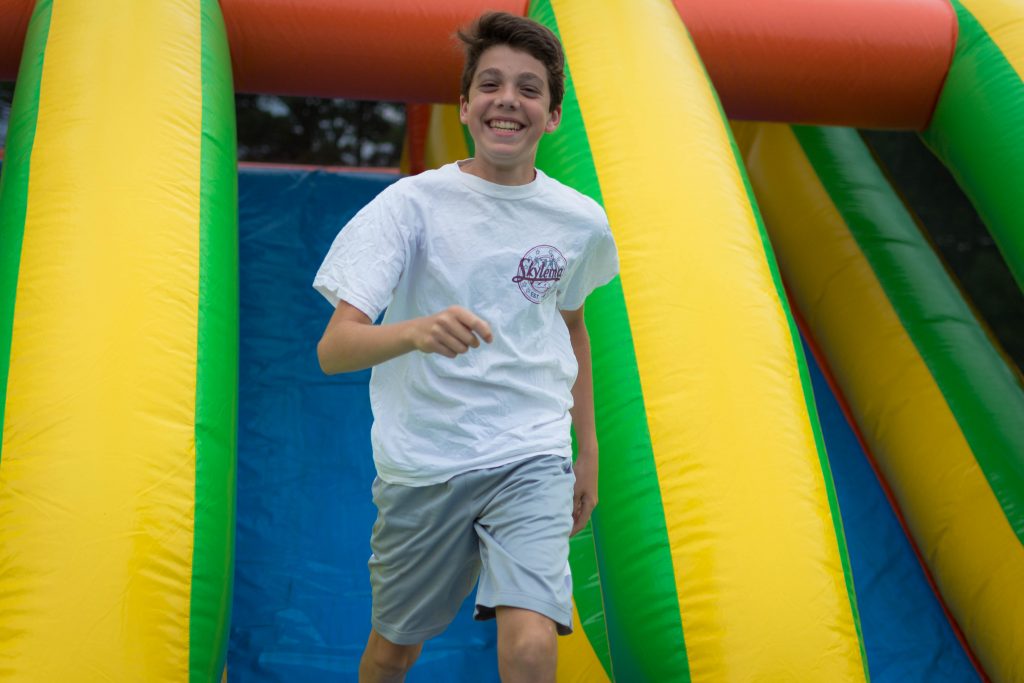 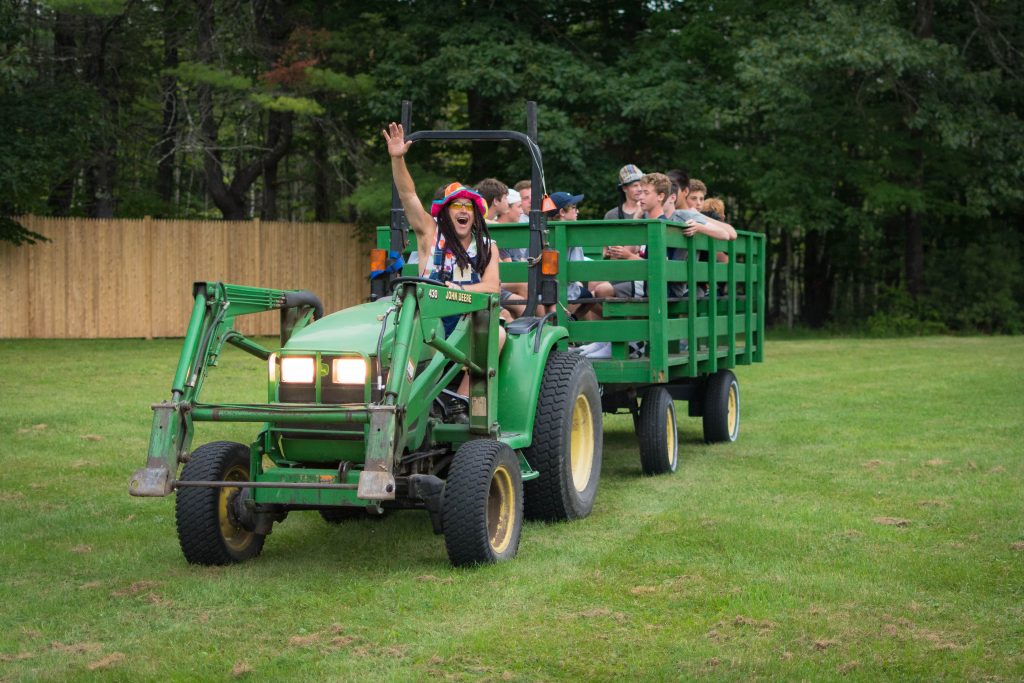 Sky II’s always a fun place to be.  There’s the Gym, the flat fields, Lodge games, Woodshop, SkyPines and it’s home to our awesome Senior campers.

The Sky II guys are some of the nicest ever.  The younger campers look to them as big brothers, and these “old men” don’t disappoint.  Little ones climb into their laps and onto their shoulders.  The middle ages hang with them as peers.  Every single Senior camper would do anything to help a younger kid.  It’s the only way we know.

We help this along by combining ages at times with intention.  For instance, at the Scavenger Hunt a team would be comprised of an older and younger cabin paired together.  At Movie Night and in the Picnic Grove, we sit together as one.  Clinics are often mixed ages.  For example, if the activity is photography, sailing, Hilltop or Yellowhorn, age just doesn’t matter.

It’s natural and organic; not fixed or artificial.   No “set ups” where names are matched one to one.  Instead, a whole group becomes responsible for another.   It just happens, as it has for the past 69 years.  Our Sky II guys are cool enough to care.