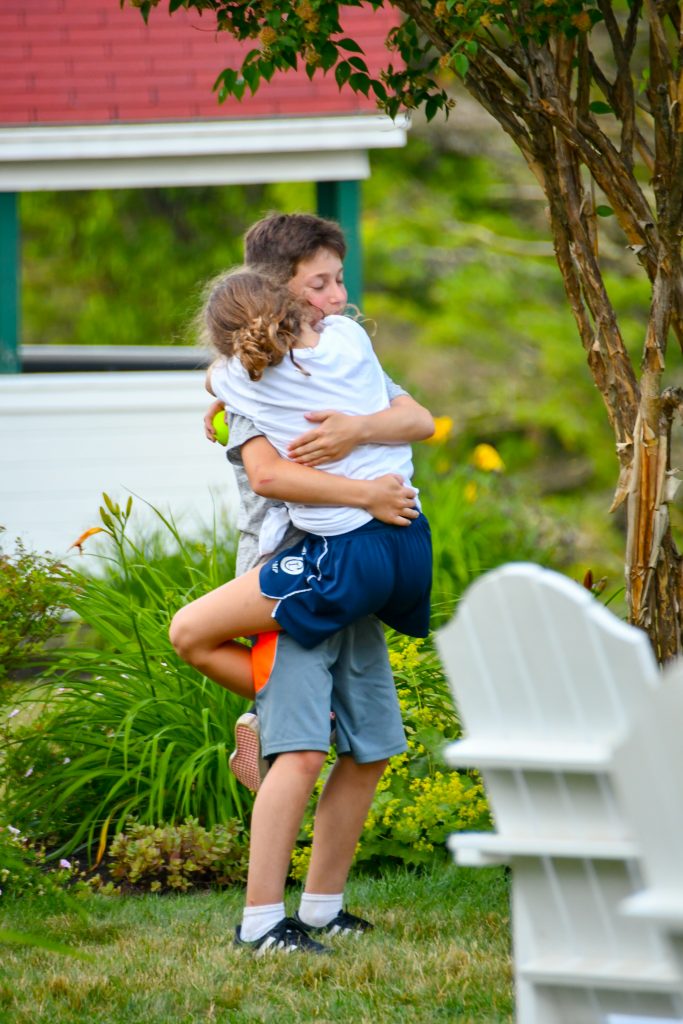 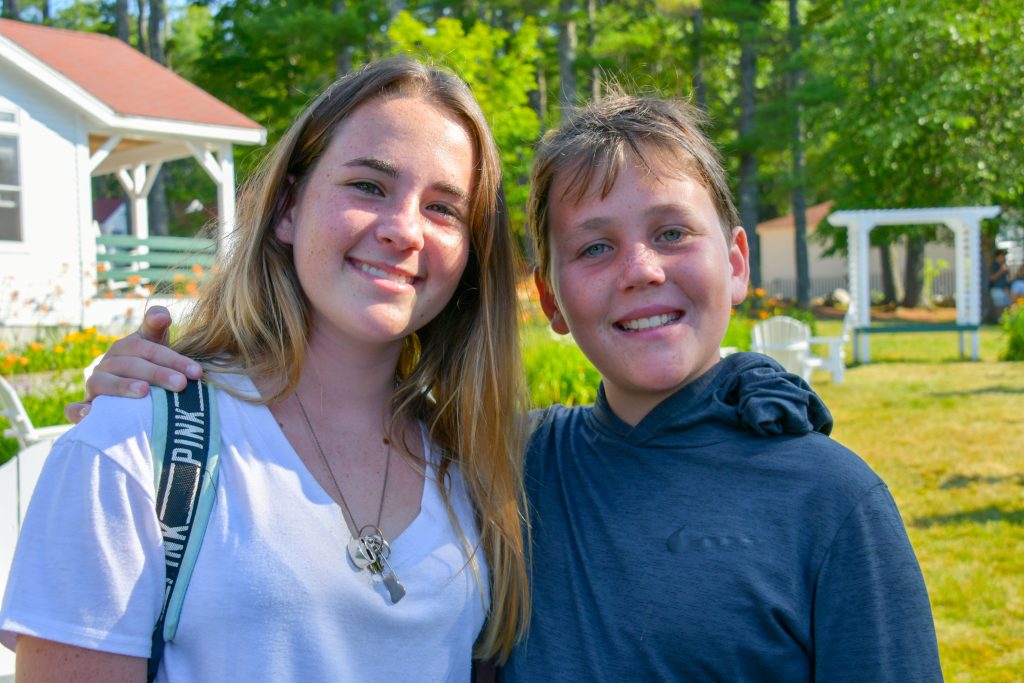 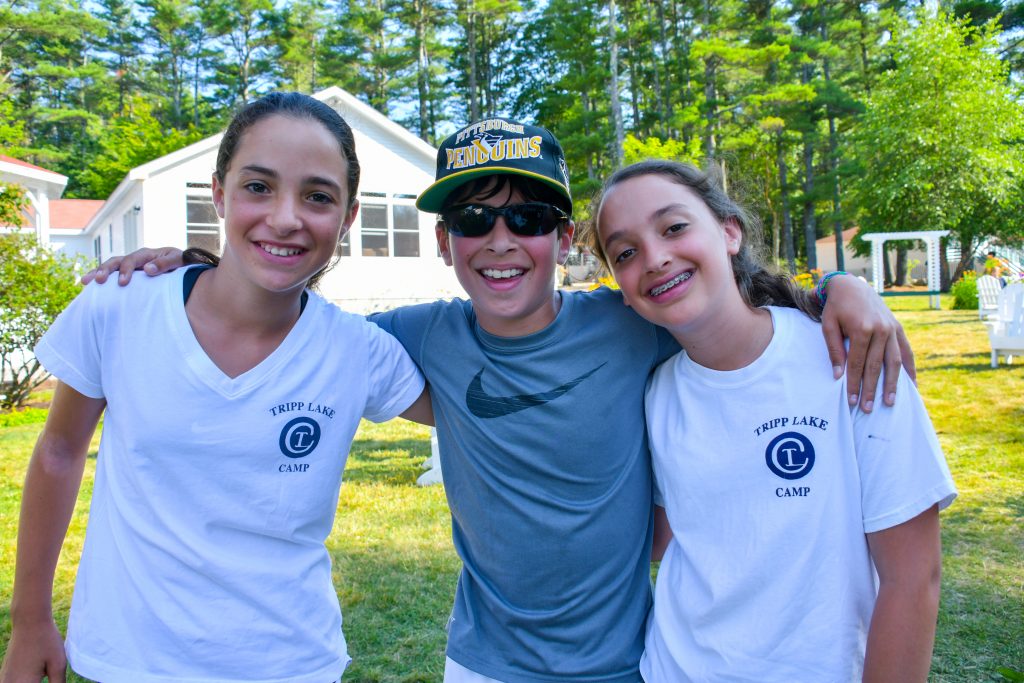 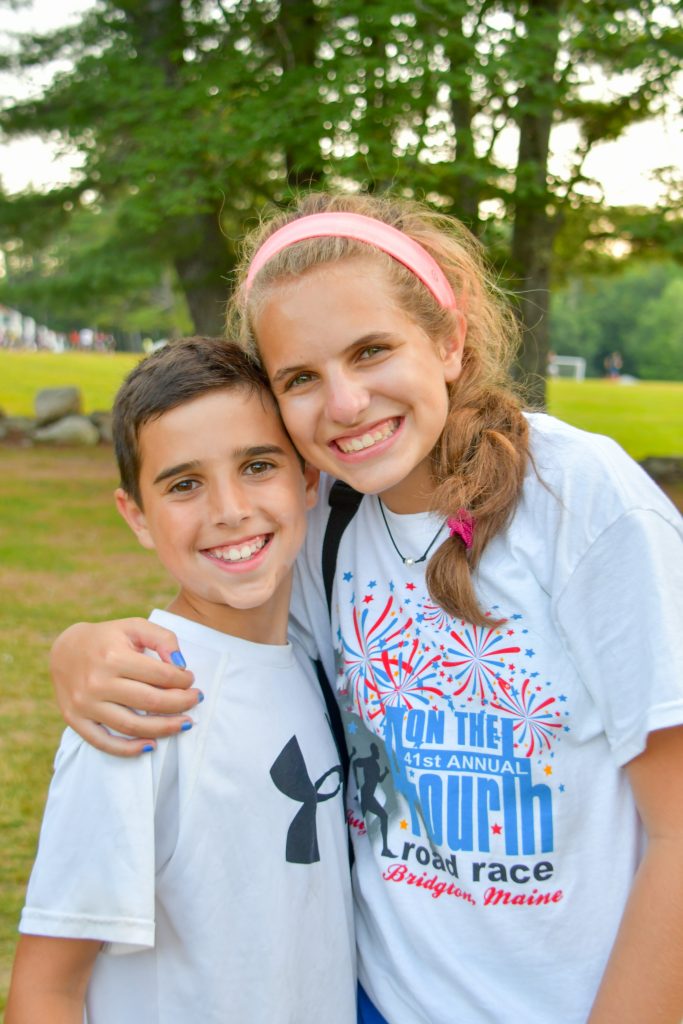 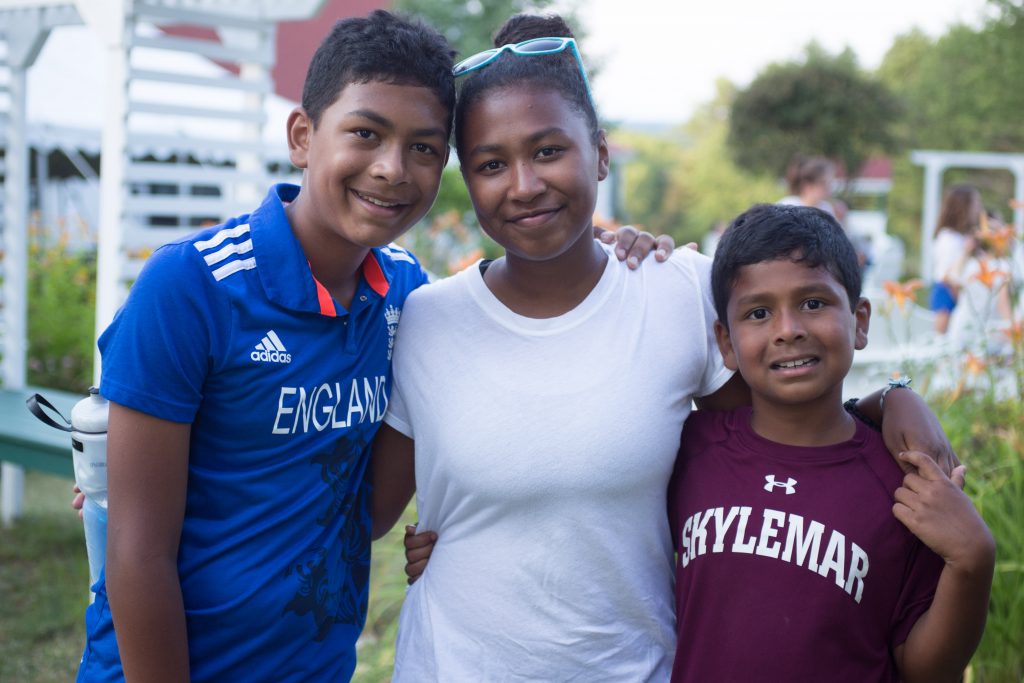 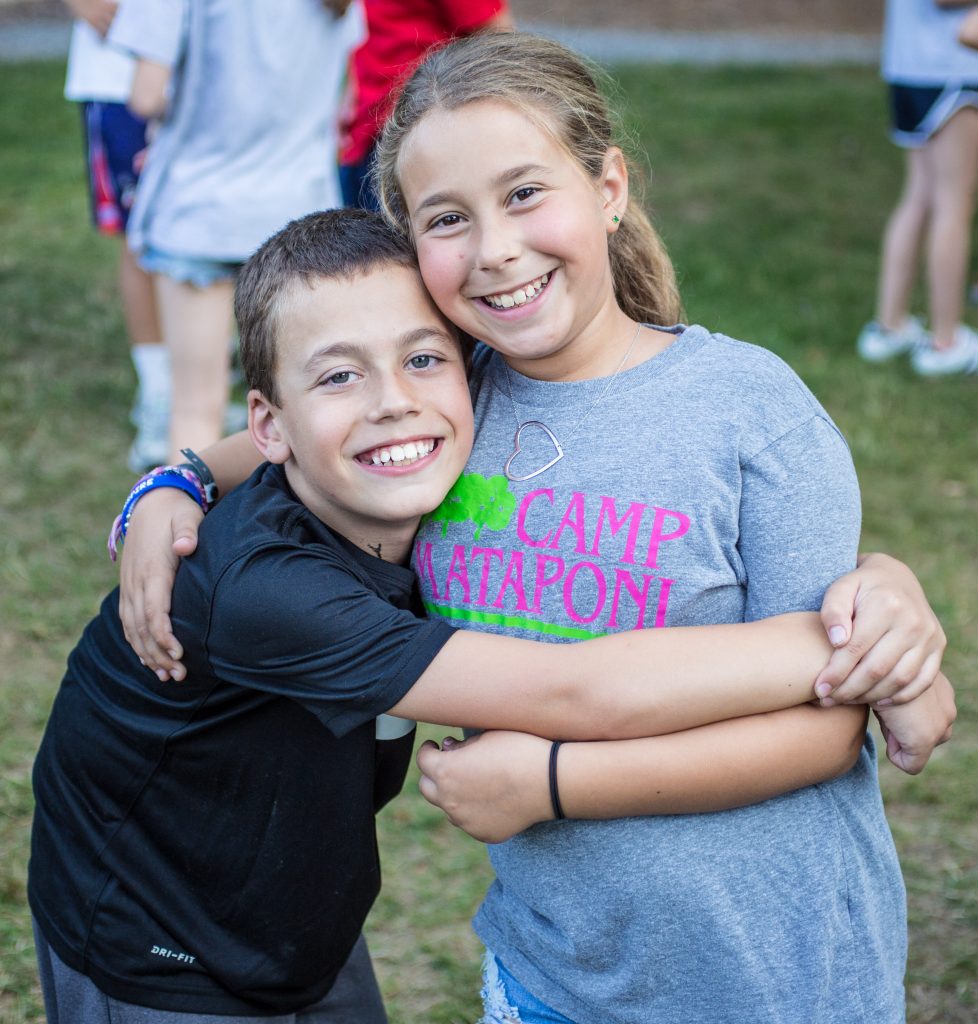 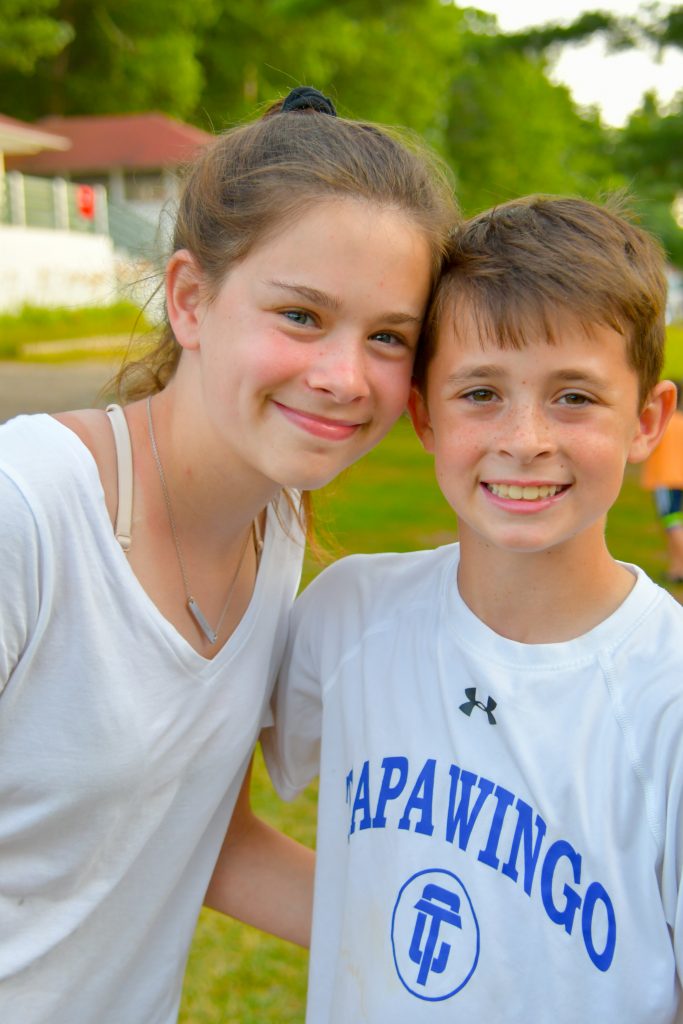 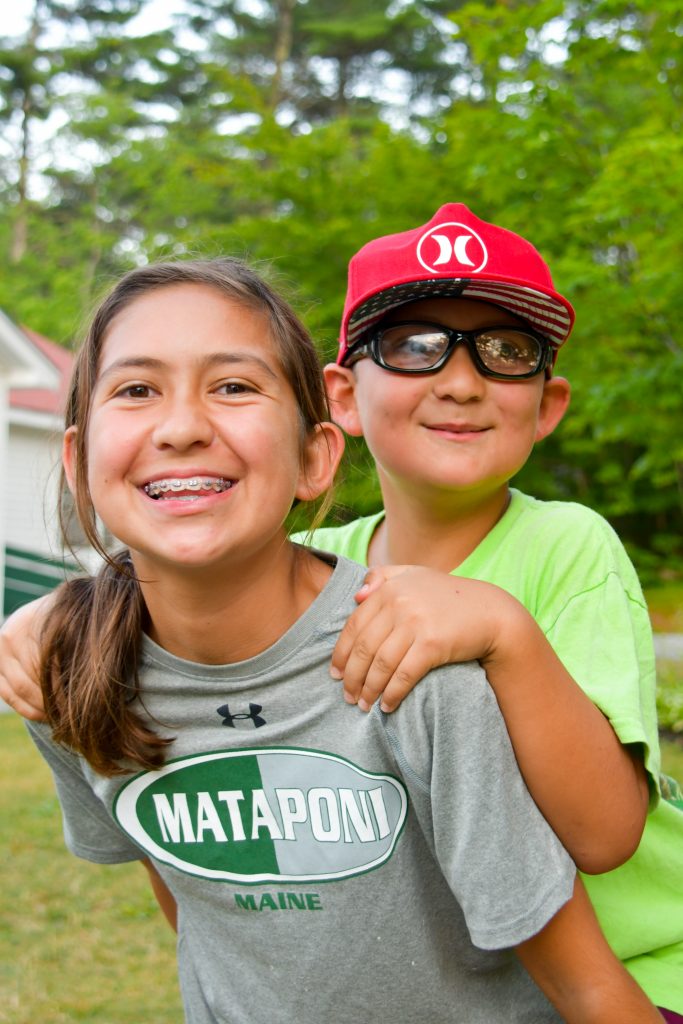 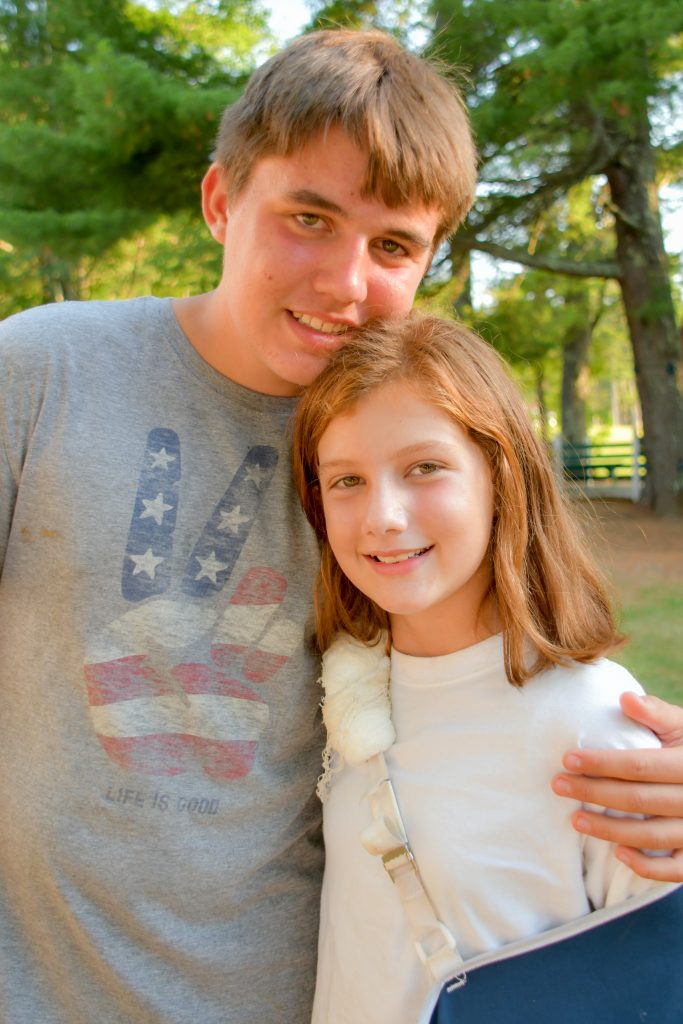 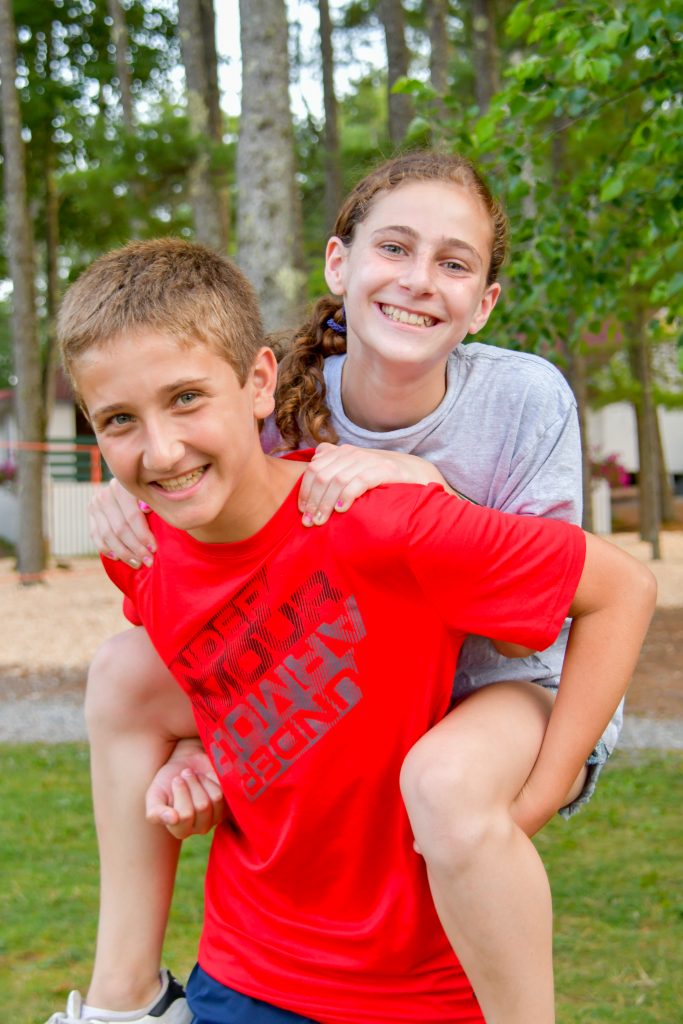 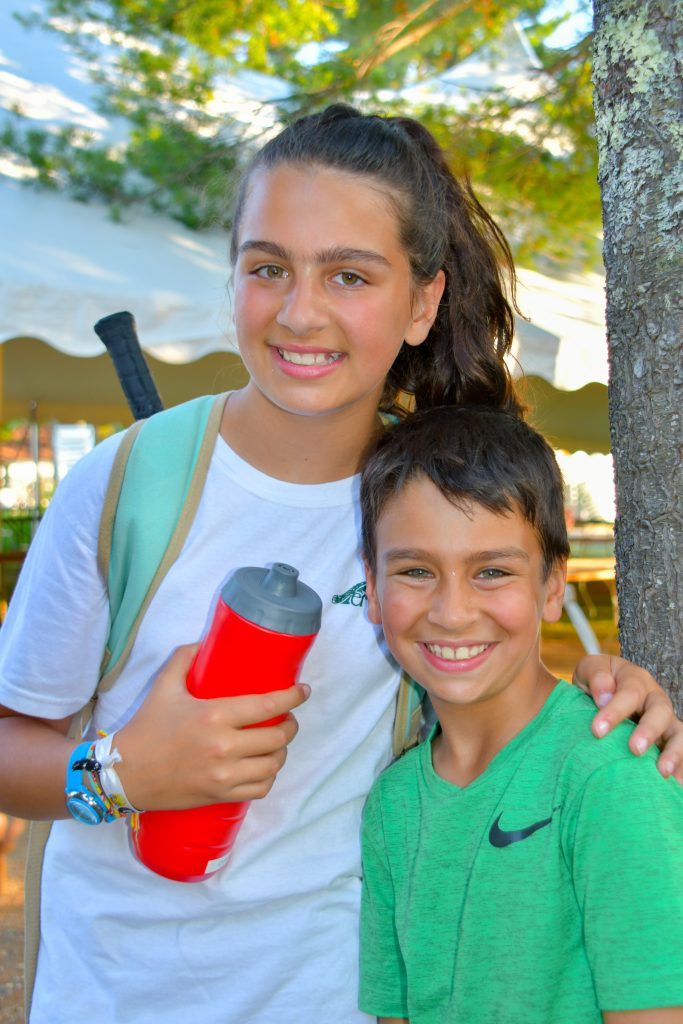 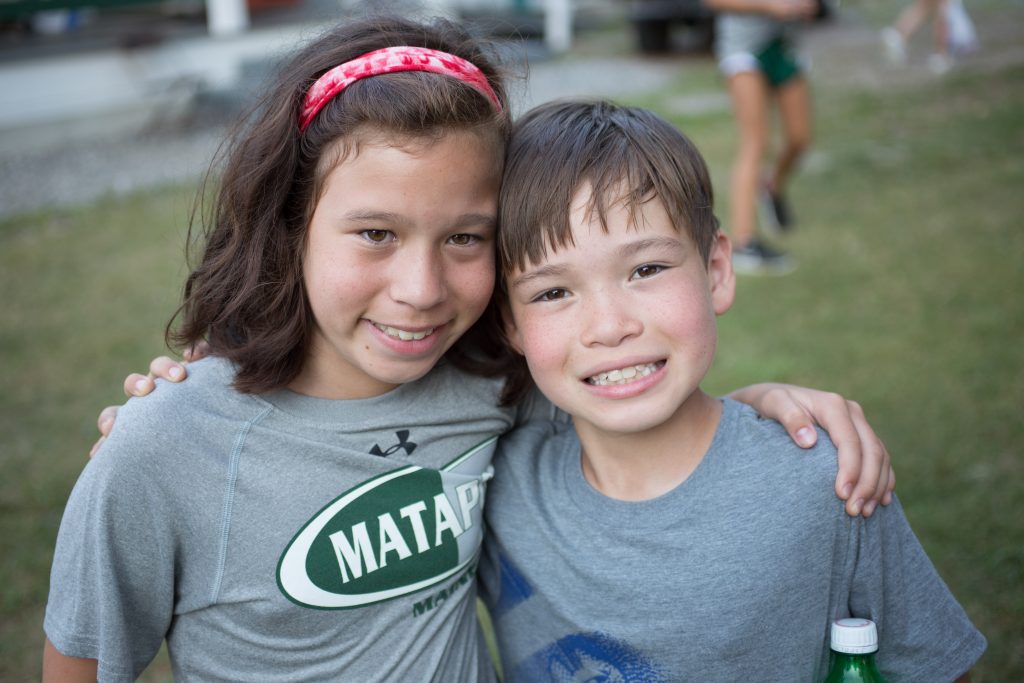 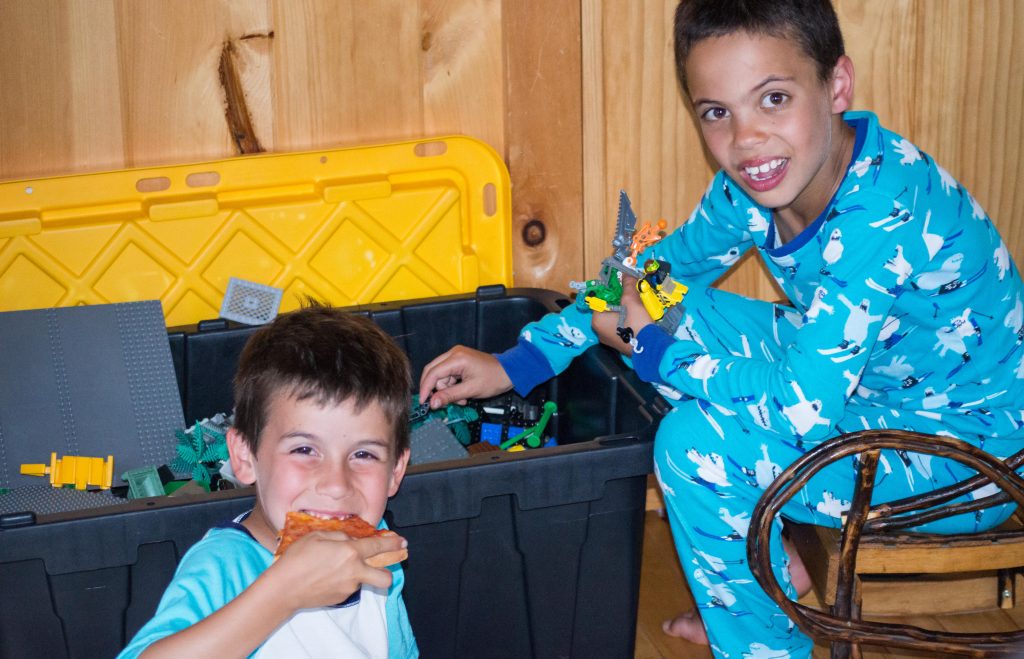 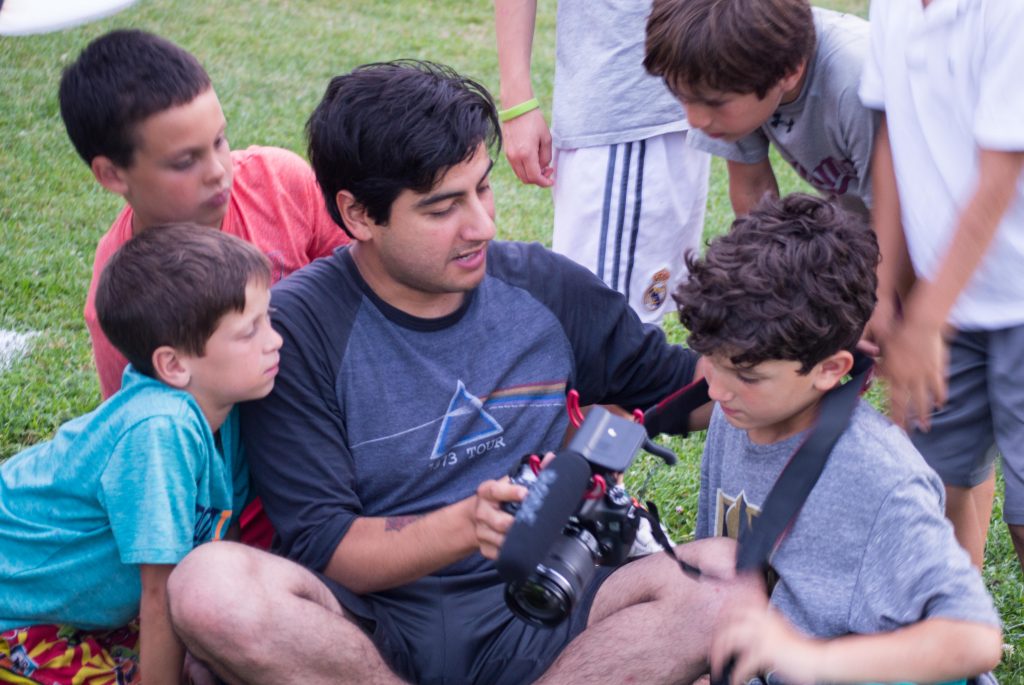 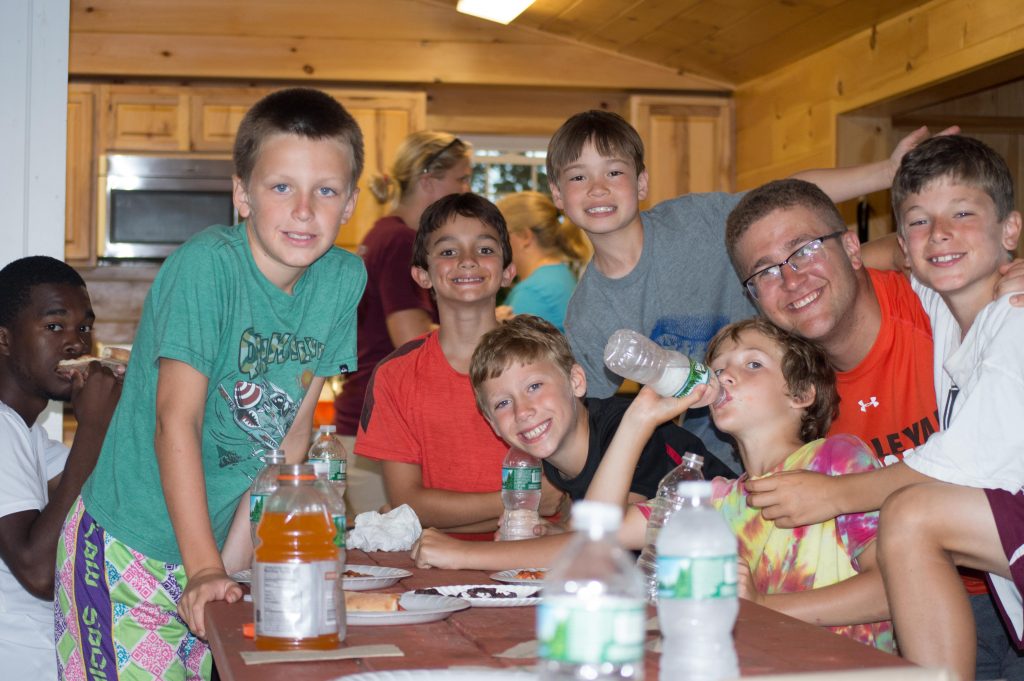 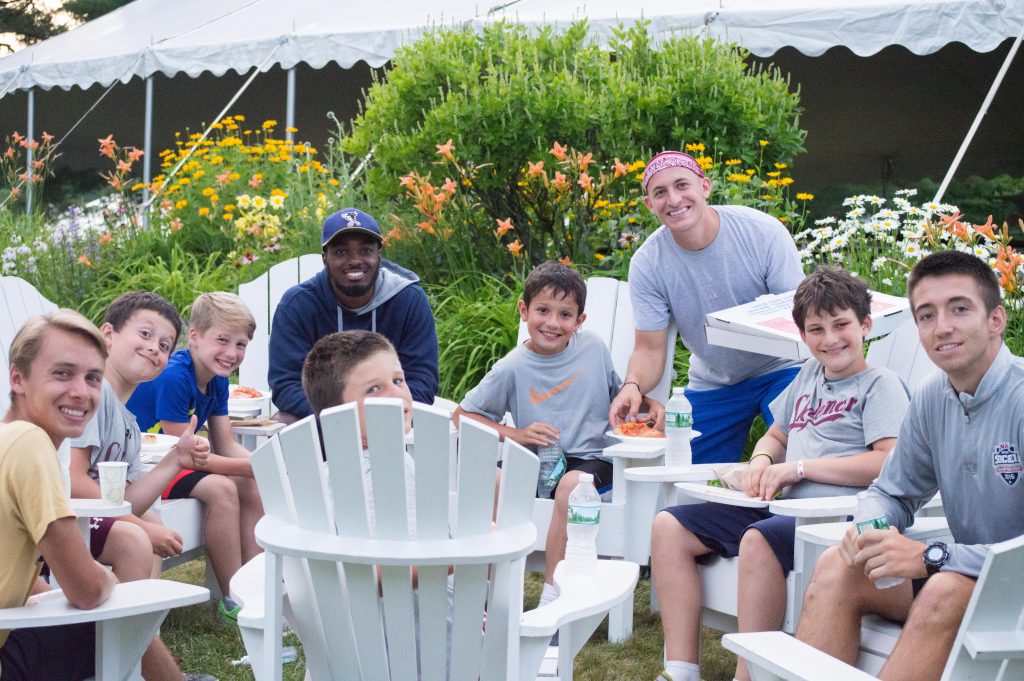 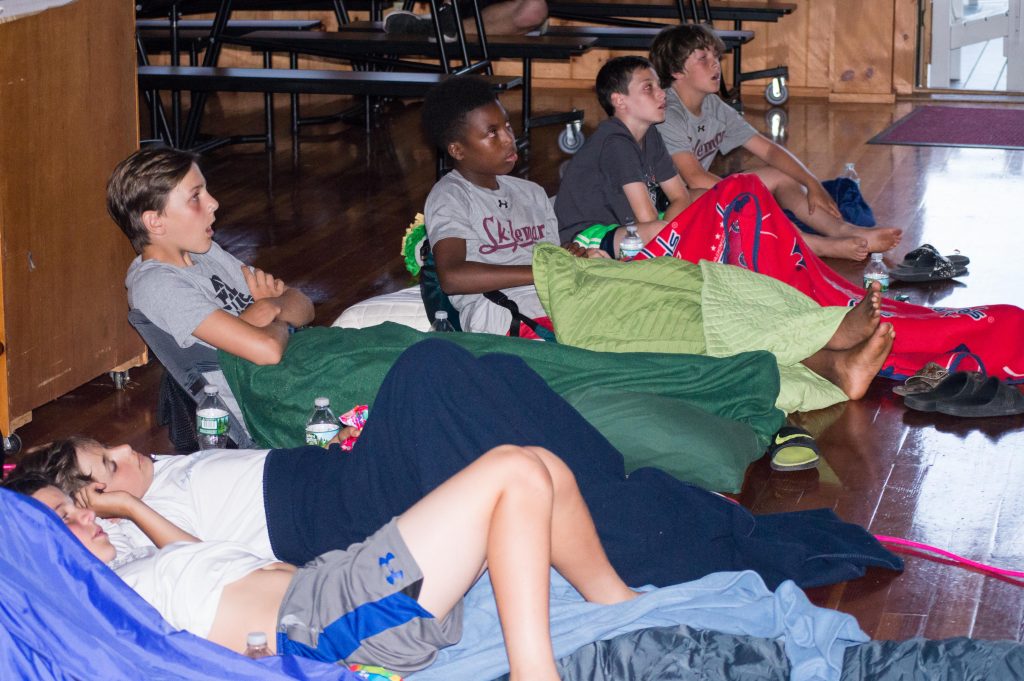 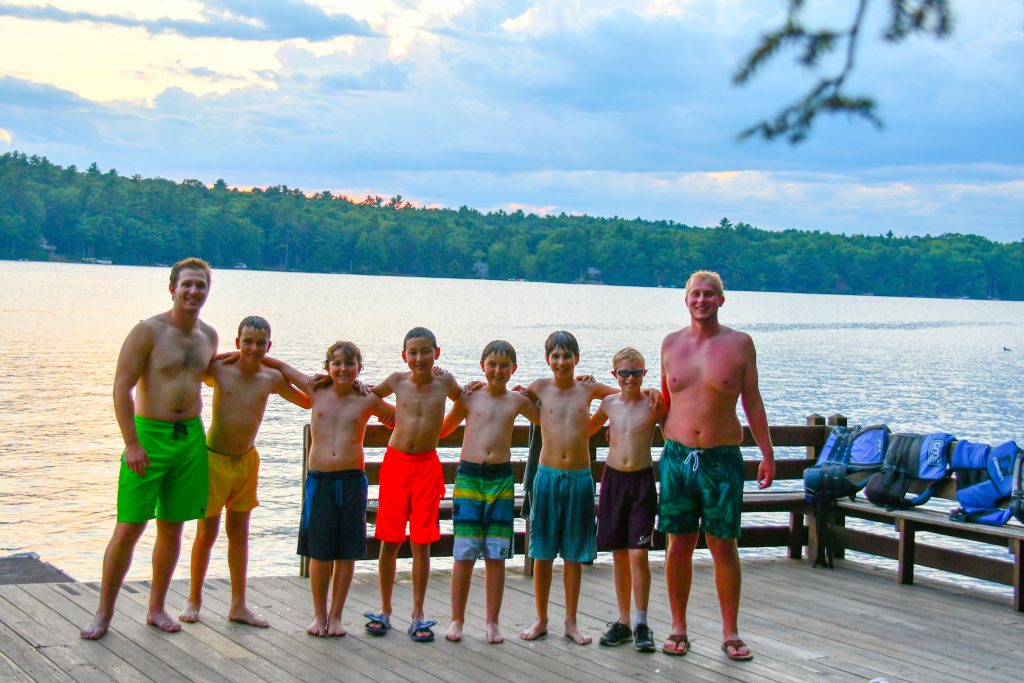 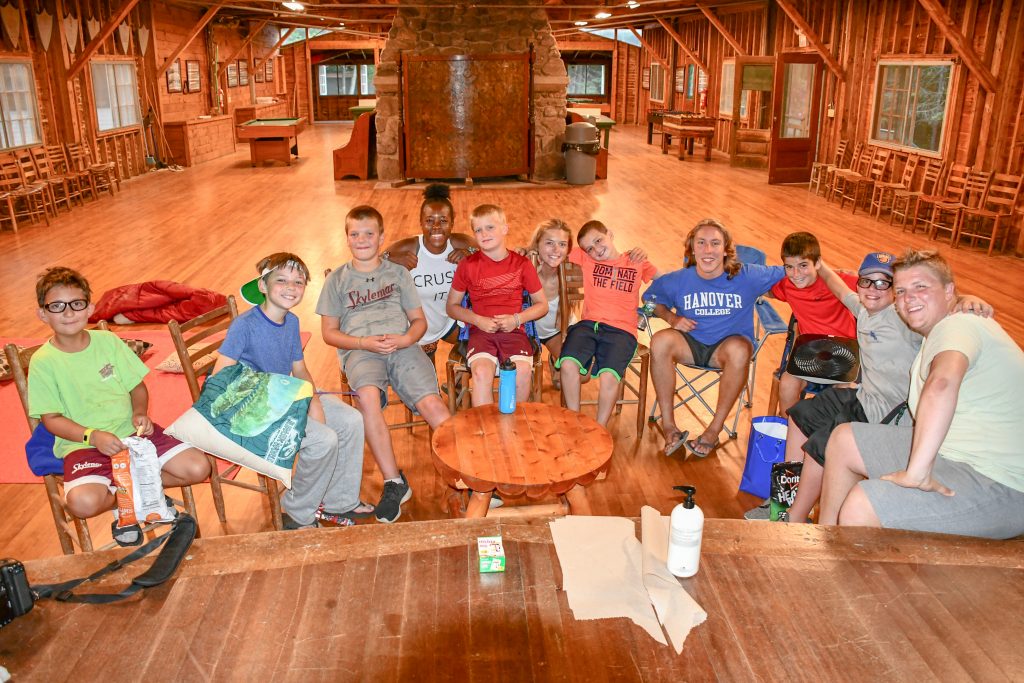 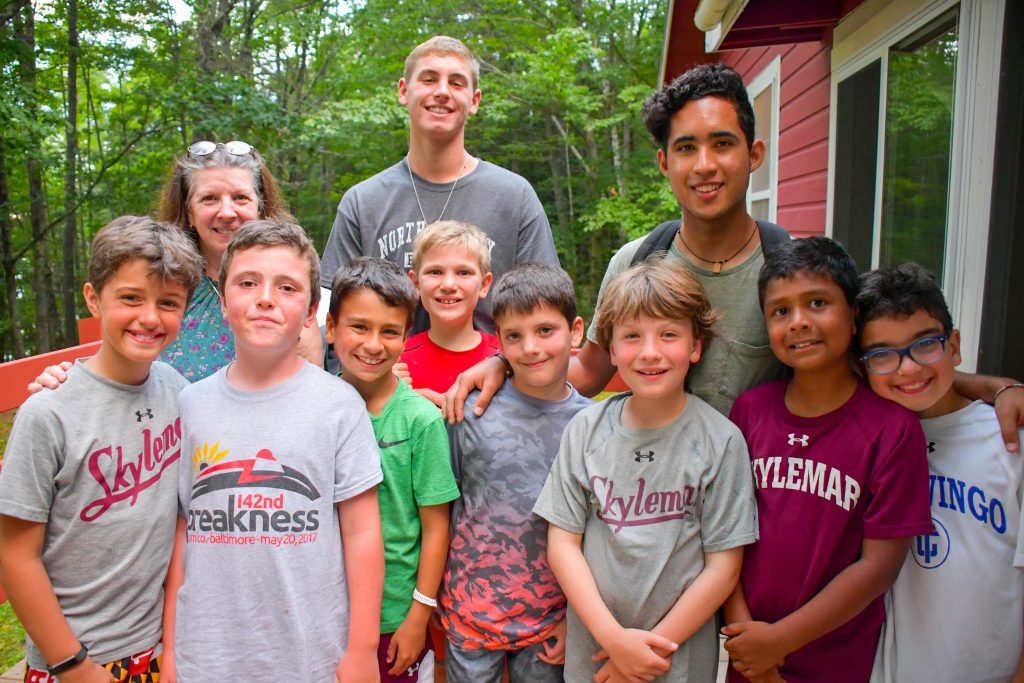 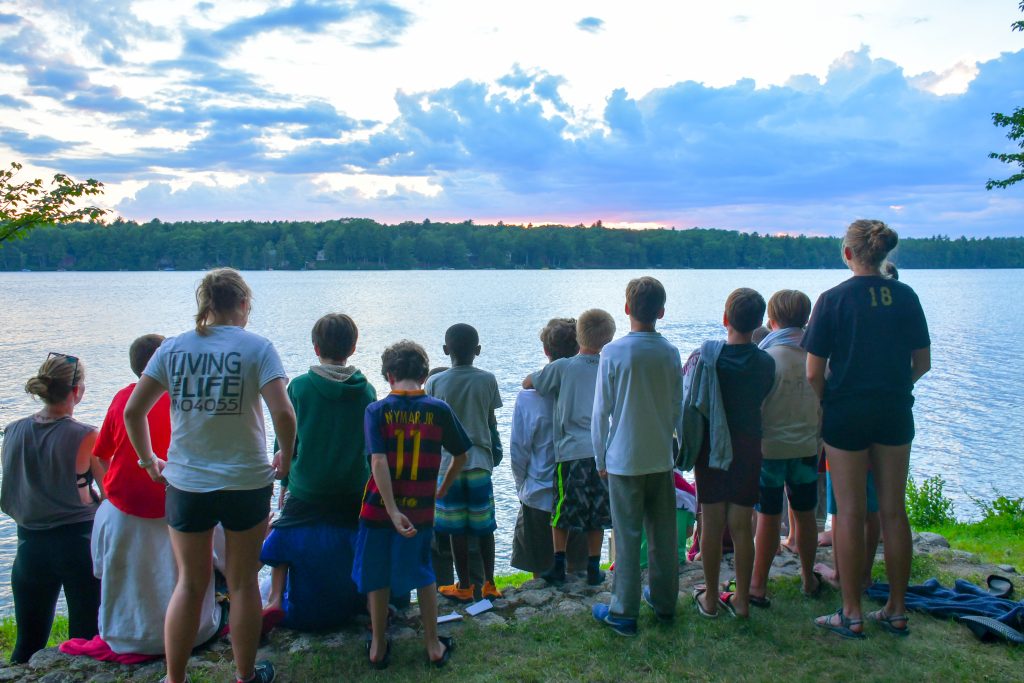 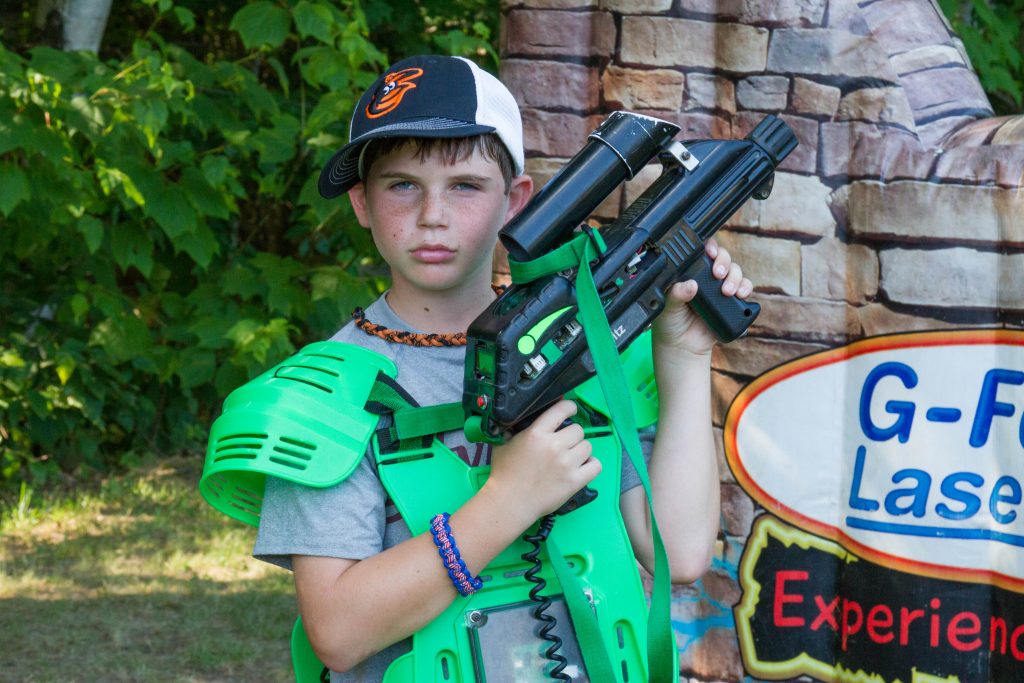 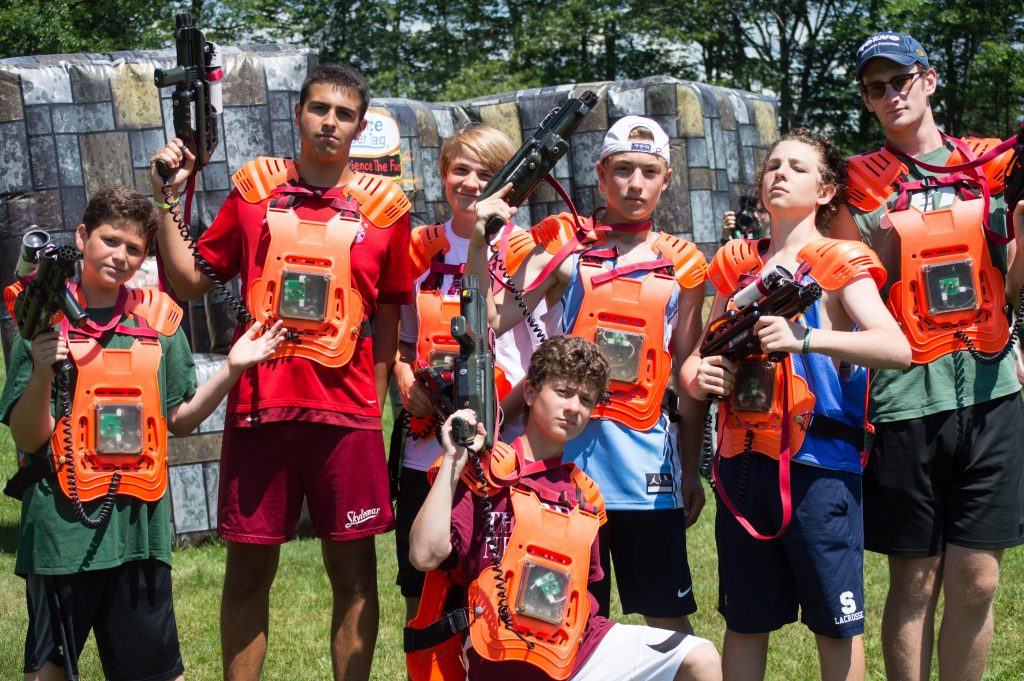 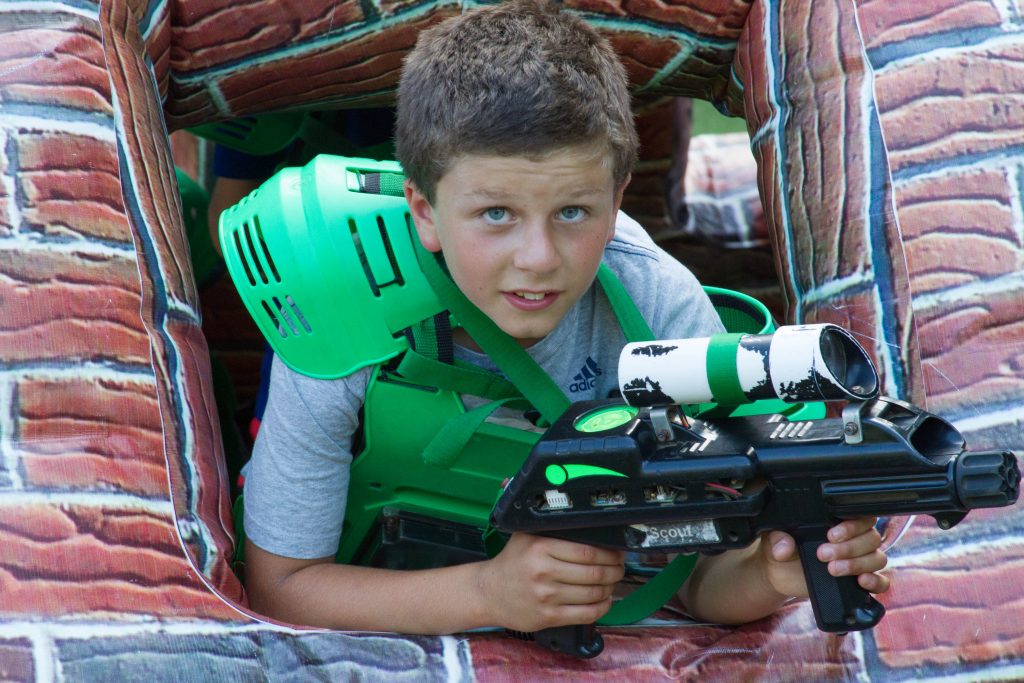 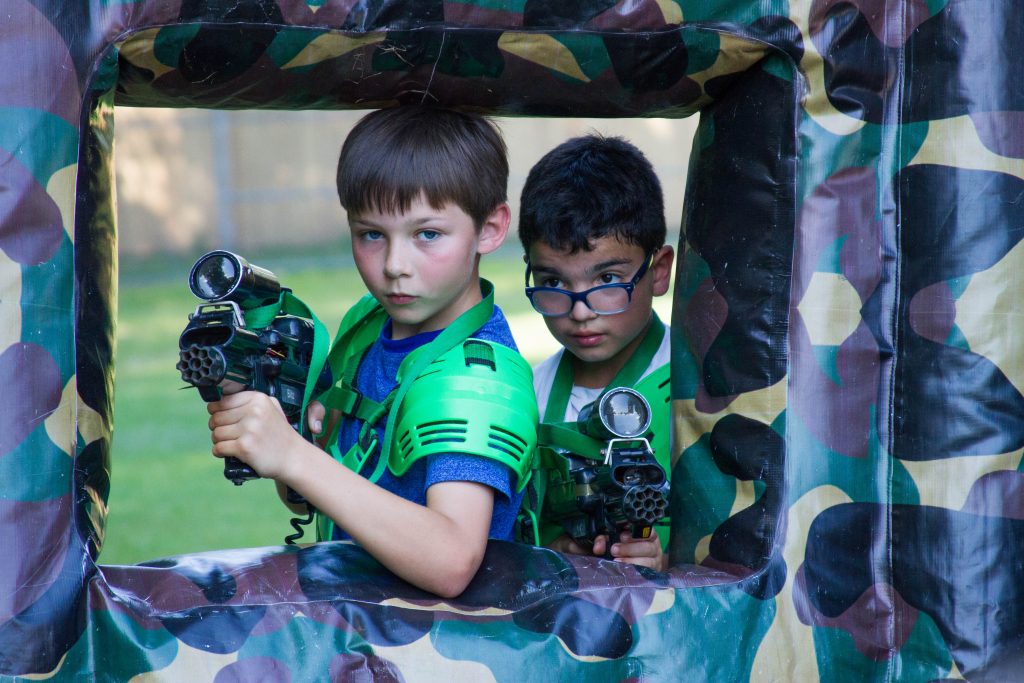 Dinner was far more beautiful than usual, with 40+ sisters attending.  It was Visiting Day Leftover Buffet, which included a lavish dessert spread.  Brothers showed sisters around camp, played tennis, tossed a Frisbee and just “hung out”.  Three hours was the perfect amount of time, and then each sibling went back to his/her own world.

Ice Skating for Bunks 3, 4, 11 and 17.  We rent out the whole rink about once a week, and send several cabins in assorted age groups.  It’s super fun whether you know how to skate or not, and it’s one of the many ways older and younger kids get to know each other.

Laser Tag came to Sky II, with enormous blow-up obstacles.  The younger guys were scheduled during activity periods, and the older ones were there at night.

Pine Cone Auction Parties for Bunks 1-16.  Remember when we collected colored parrot eggs about ten days back?  Now it was time to deliver what they paid for!

Each party was super cool and creative.  For instance, there was the Superhero Party with Cory and Harry in the gym.  They made superhero capes, watched a movie and ate cookies that looked like Captain America’s shield.    The Bunk 71 Party had to take a motorboat to get to their destination.  It was at a magical house across the lake.  After boat rides and swimming with Aaron Fink, he "detoured" their return through town for some ice cream at the super famous “Causeway Dairy Bar".

Another magical location was the Red Snow Cabin.  It’s actually where Norma and Rich live, but way deep in the woods so no one knows it’s there.   Yummy pizza, ice cream and a movie, while sitting in a real-live living room.  Also over at Sky II was the Lodge Party.  In addition to pizza and a movie, Lily and Yonne offered facial masks and foot massages - definitely something most had never experienced!

There were comic books and moon pies at the Dome, s’mores and singing round the campfire at SkyPines.  Those at the Schedule Party got to pick the plan for Tuesday.  They chose fishing, Hilltop, football and Gaga.  The Wimbledon Video party was a great combination of tennis, bubble-wanding, strawberries and cream, videotaping and flying the drone. Adorable Pajama Party in the Garden Cabin, a Garden Party and fun at The SkyDeck.  Plus, there were many more!