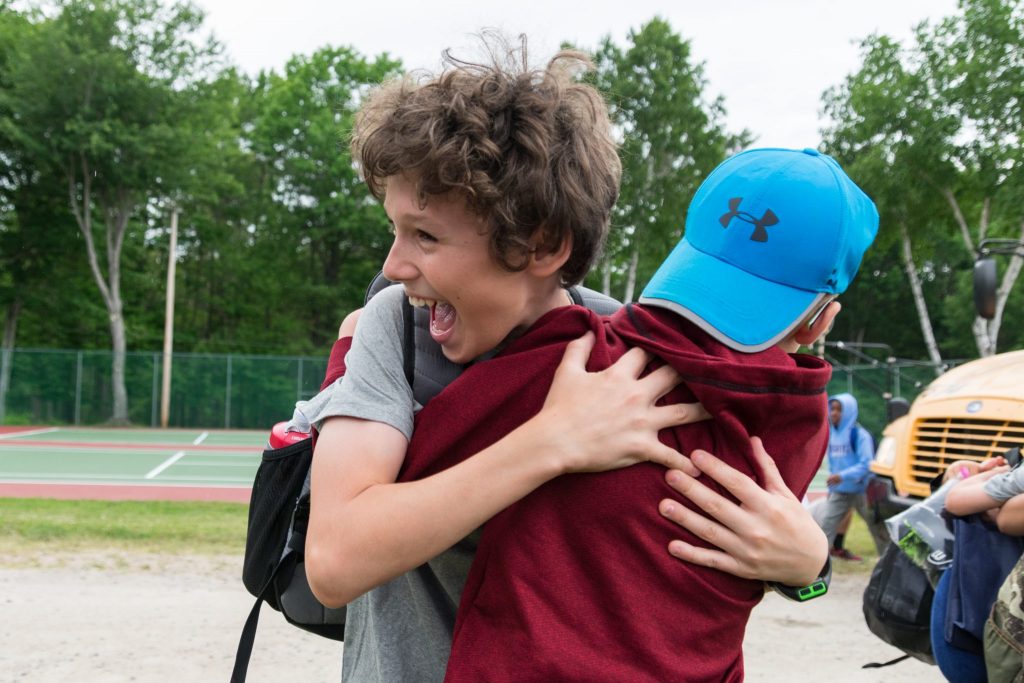 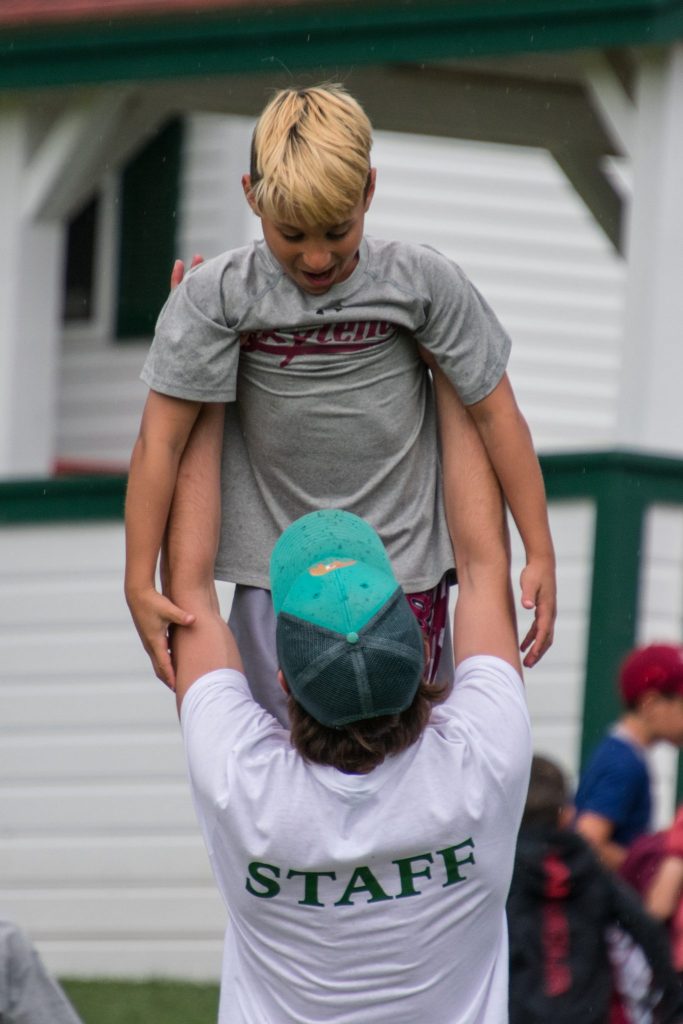 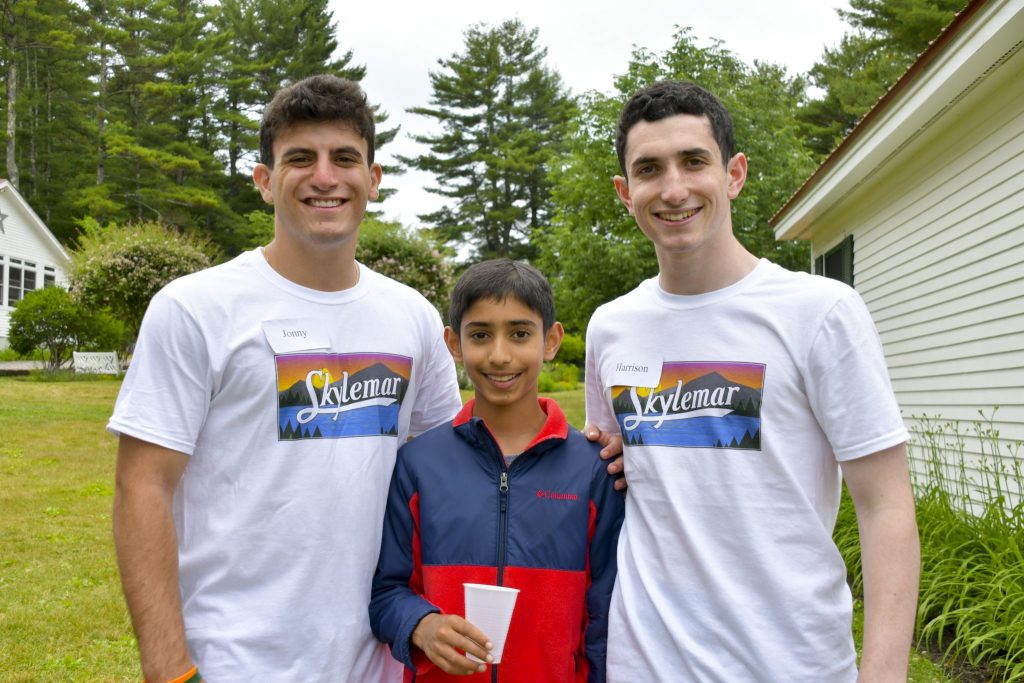 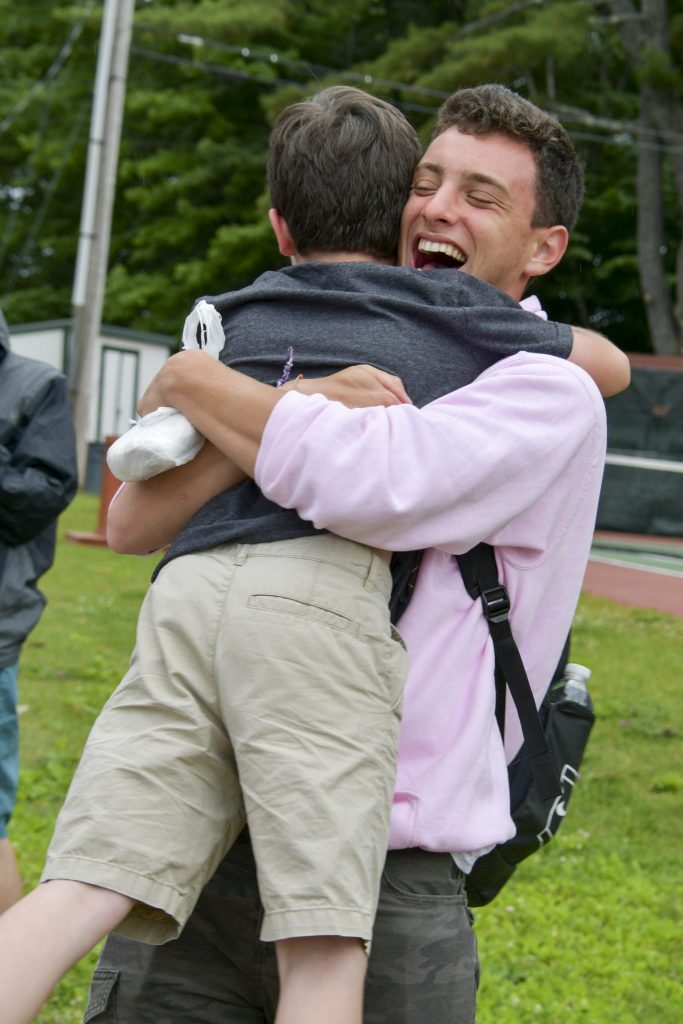 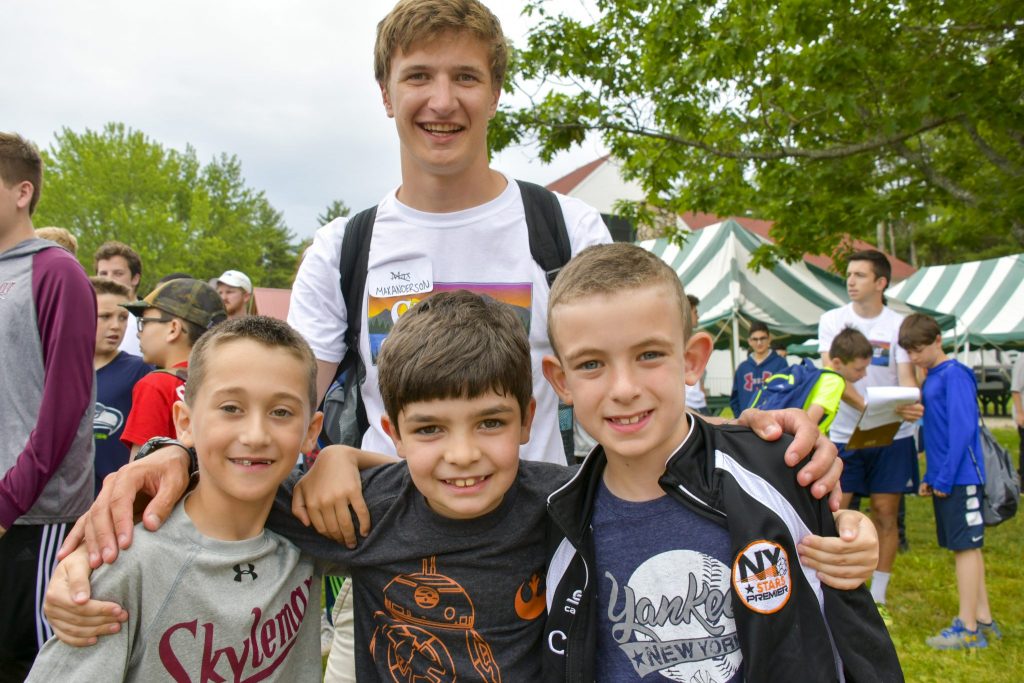 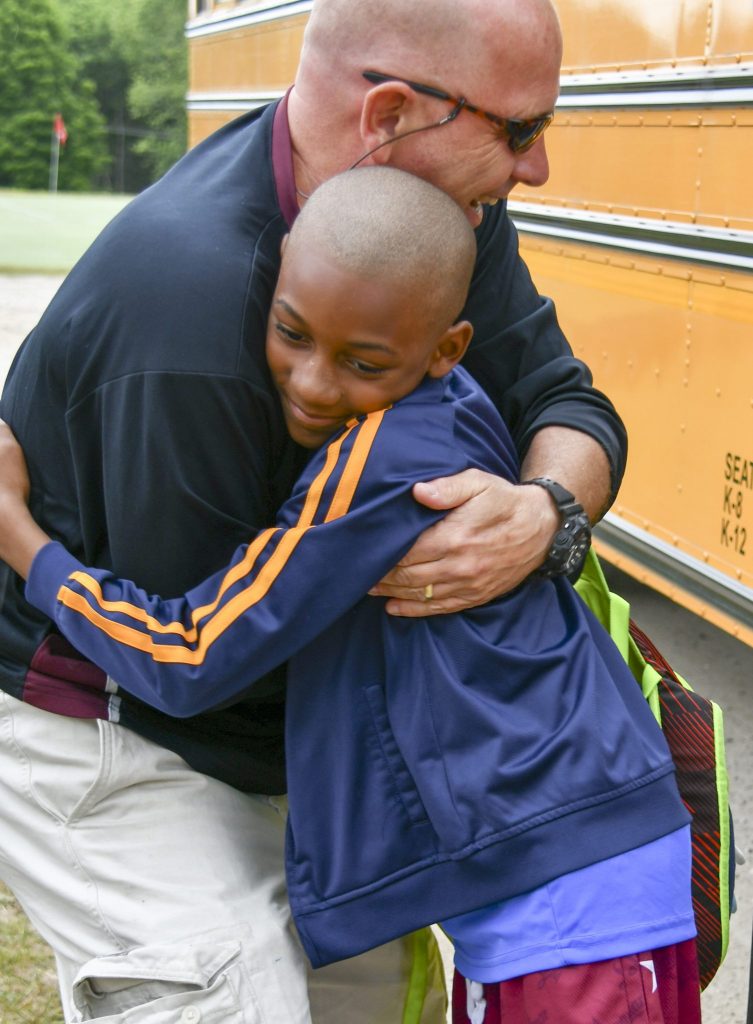 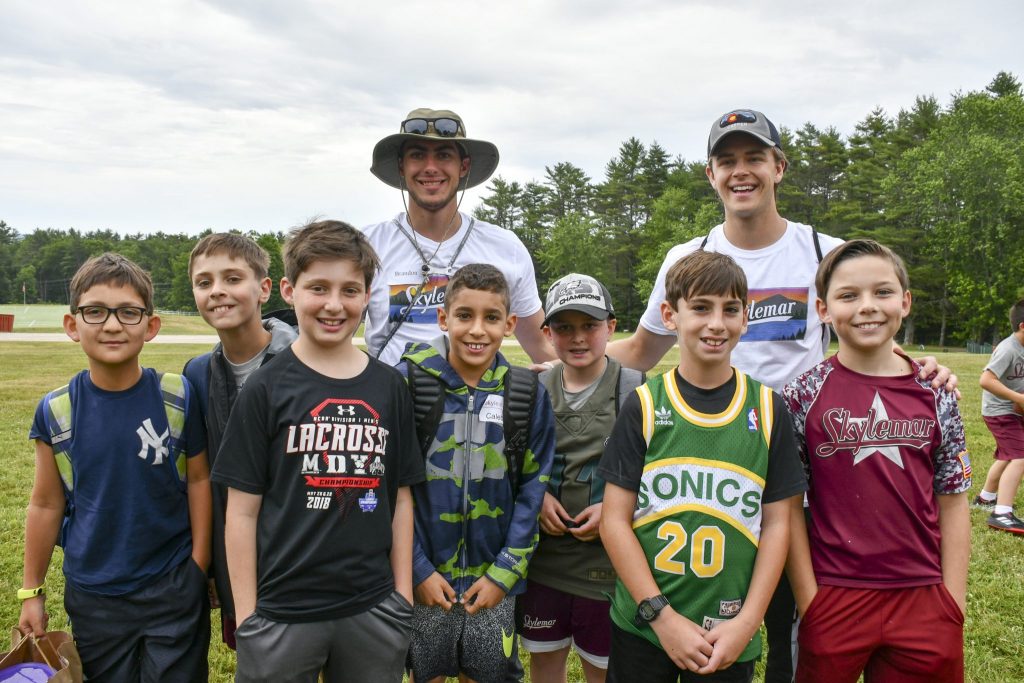 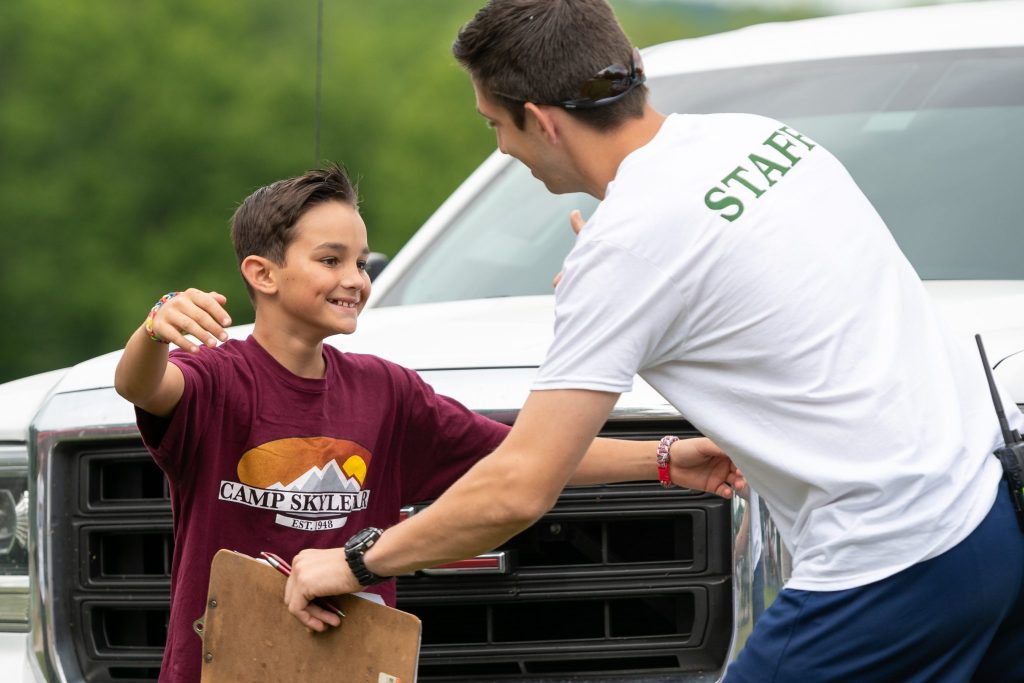 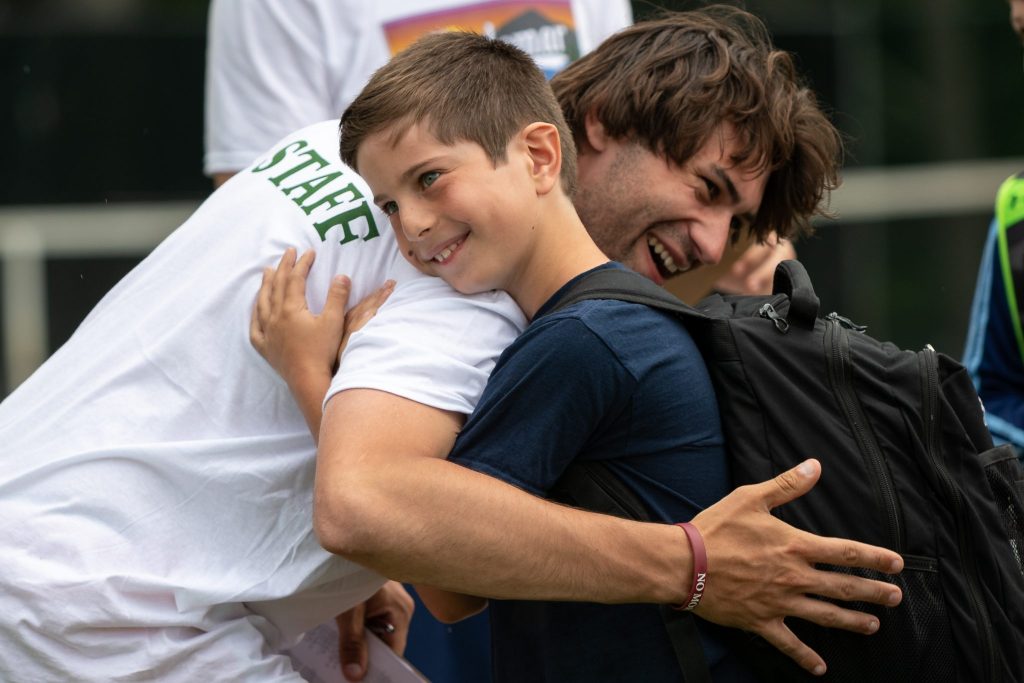 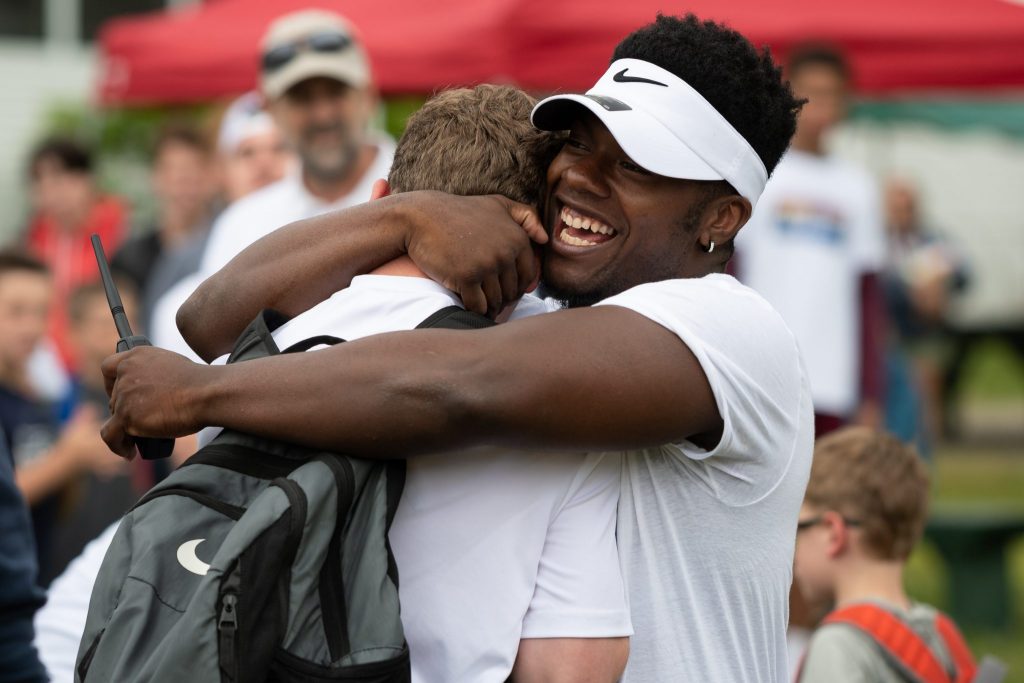 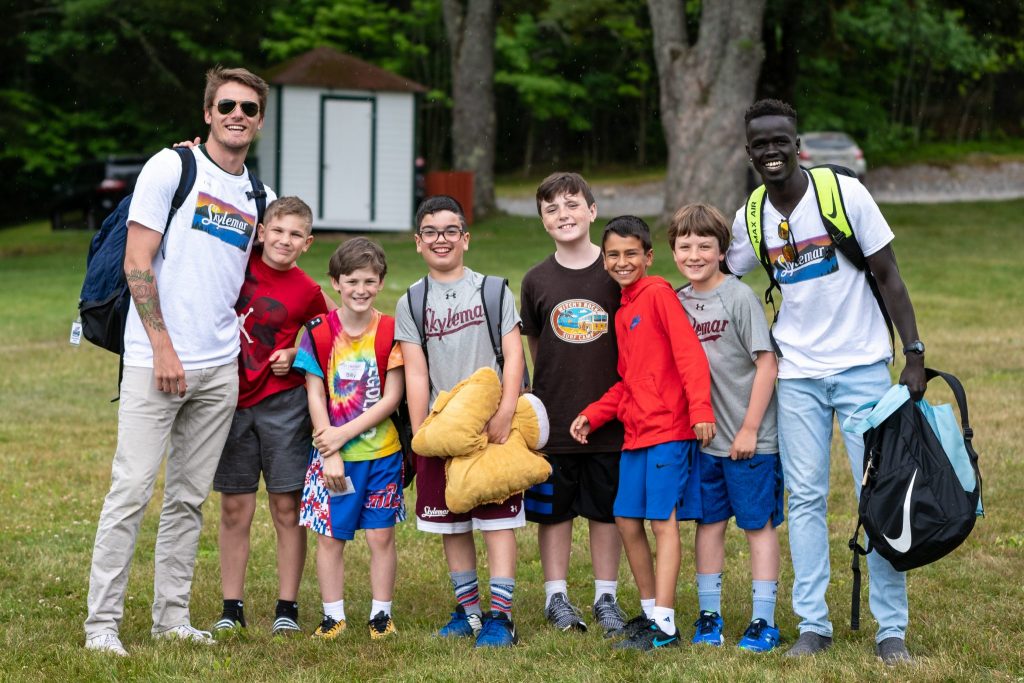 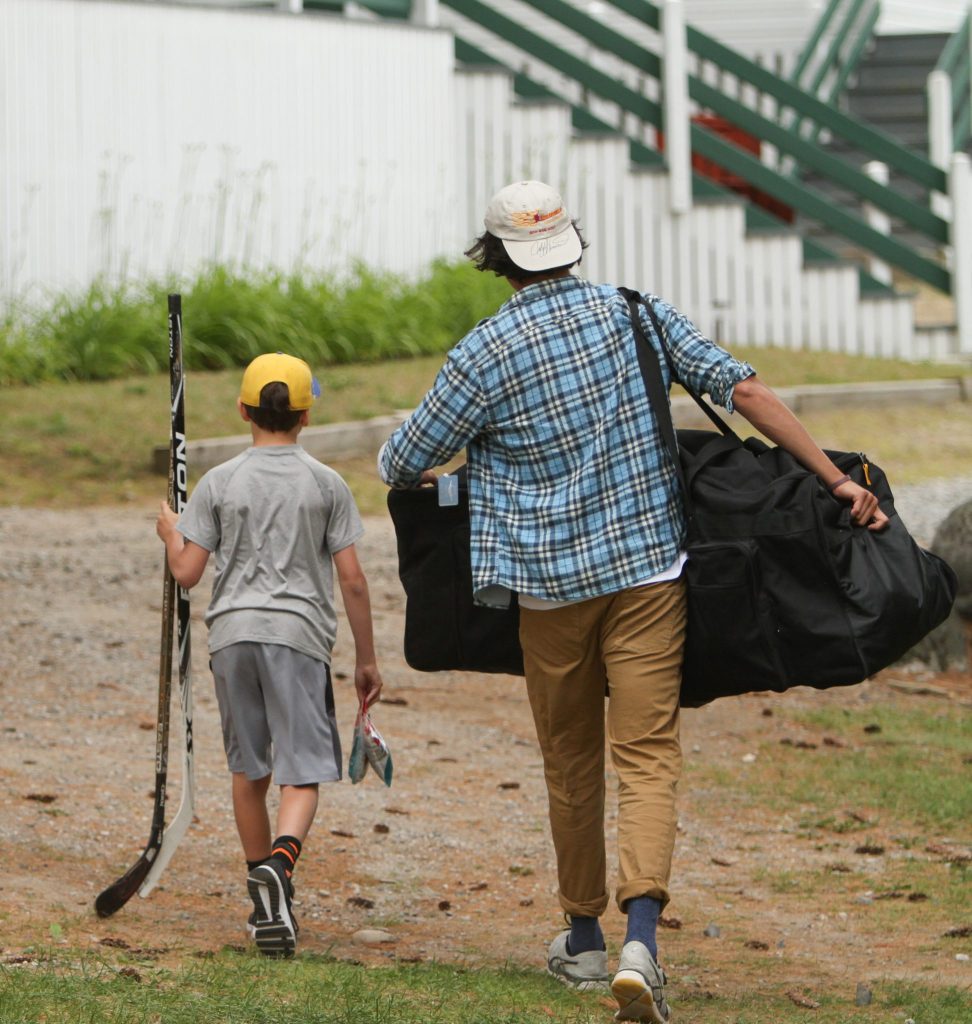 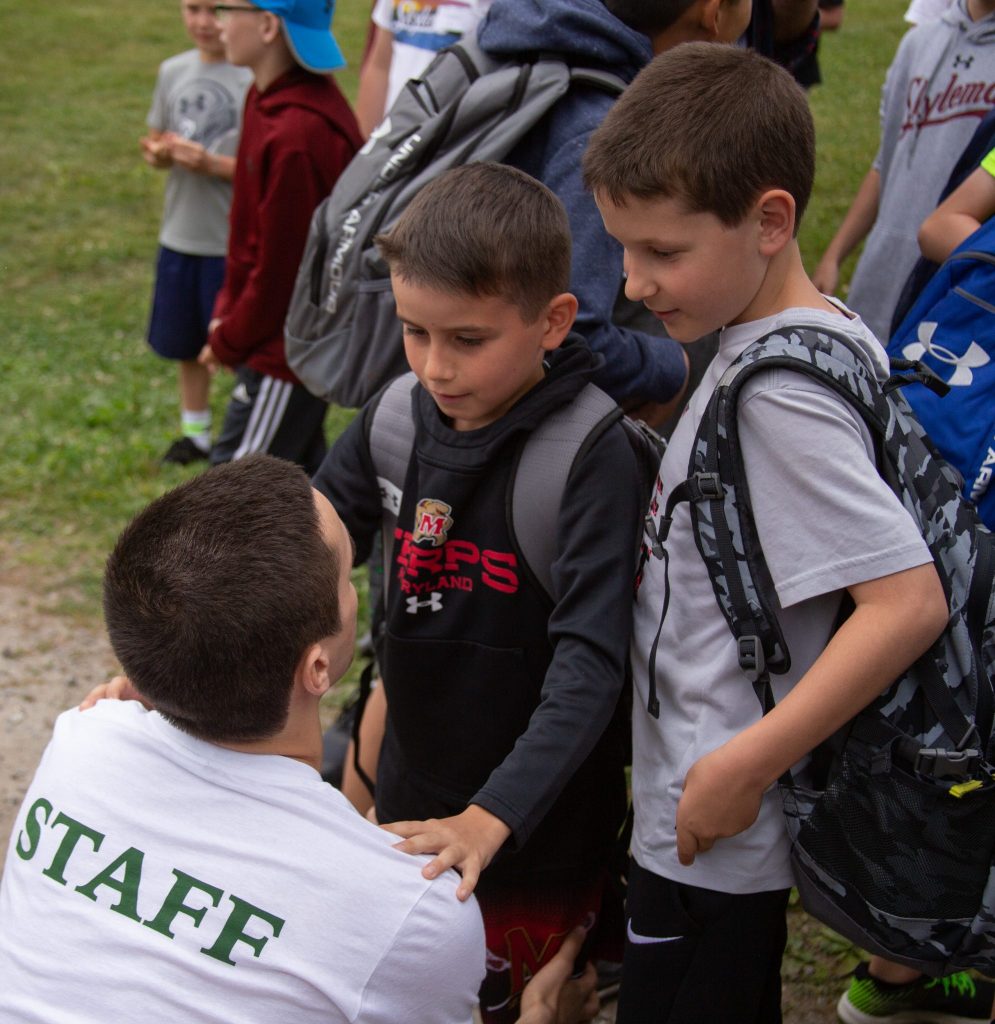 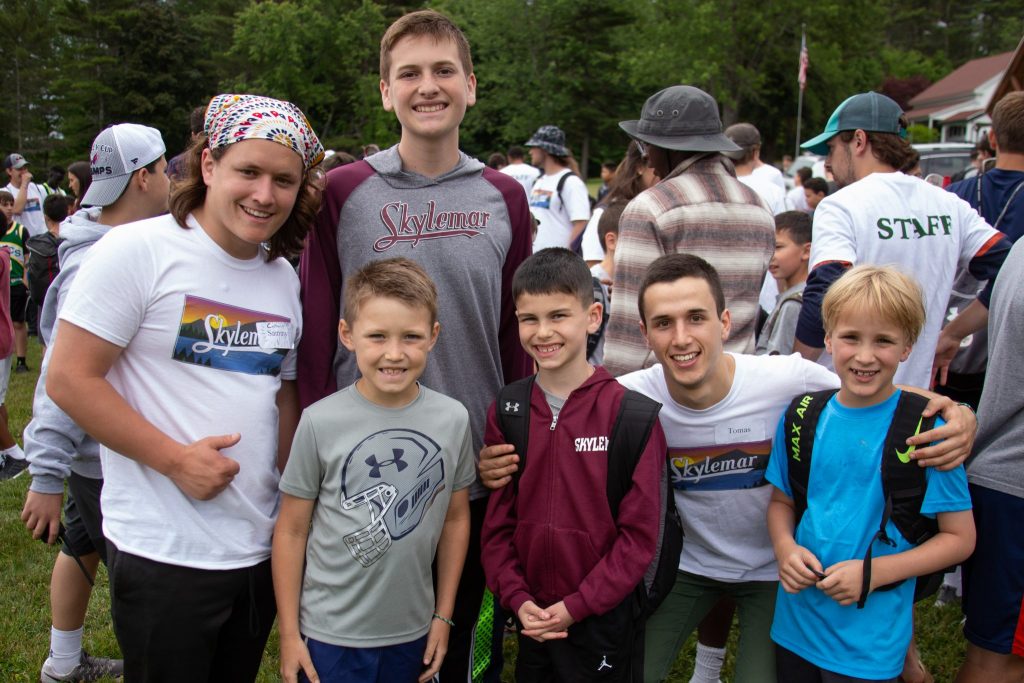 As the greatest guys in the world poured off buses and out of cars, there was a round of hugs, high-fives and handshakes for all.  New friends became old in no time, with the help of superstar counselors who trained for the entire last week.

Most campers arrived mid-afternoon, and headed to the cabin just before the rain fell.  There the boys found that their beds had been made and bags were unpacked, which was a cozy warm welcoming after a long day of travel.

A delicious spaghetti-and-meatballs dinner was no surprise, since it’s been Skylemar’s Opening Day meal for 70 years.  Bet they know what’s for breakfast tomorrow too... pancakes of course.

It was a happy Rec Hall for Evening Activity, as campers learned about the Skylemar tradition of kindness established by Herb and Lee in 1948.  They clapped and cheered to the music as counselors were enthusiastically introduced.

All were tucked snug in beds when Shep stopped by each cabin as he does every night.  It was an exciting, exhausting and emotional day.  Wish you could be that “fly-on-the-wall”, because you’d be beaming with pride.  It’s a tremendous leap of faith to come to a place filled with new friends to meet.  You’ll see he can do it, as well as so much more.