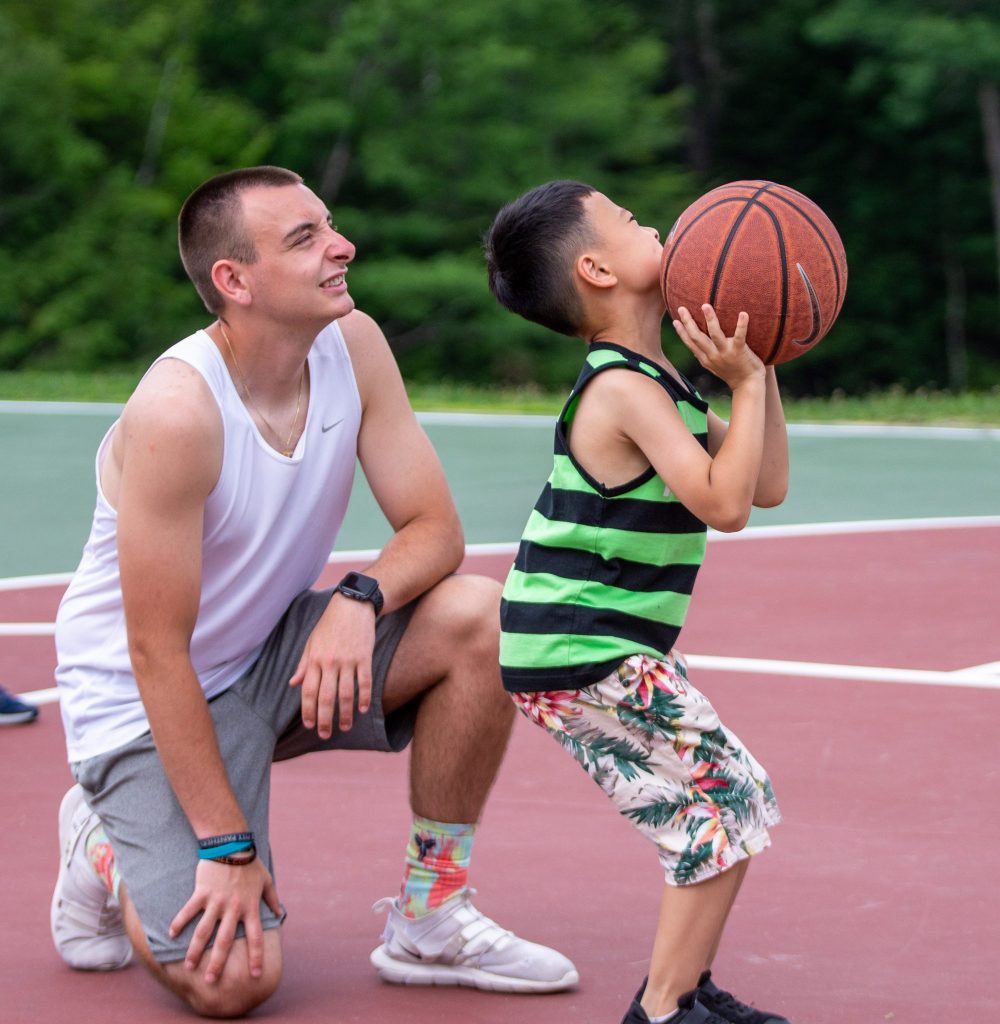 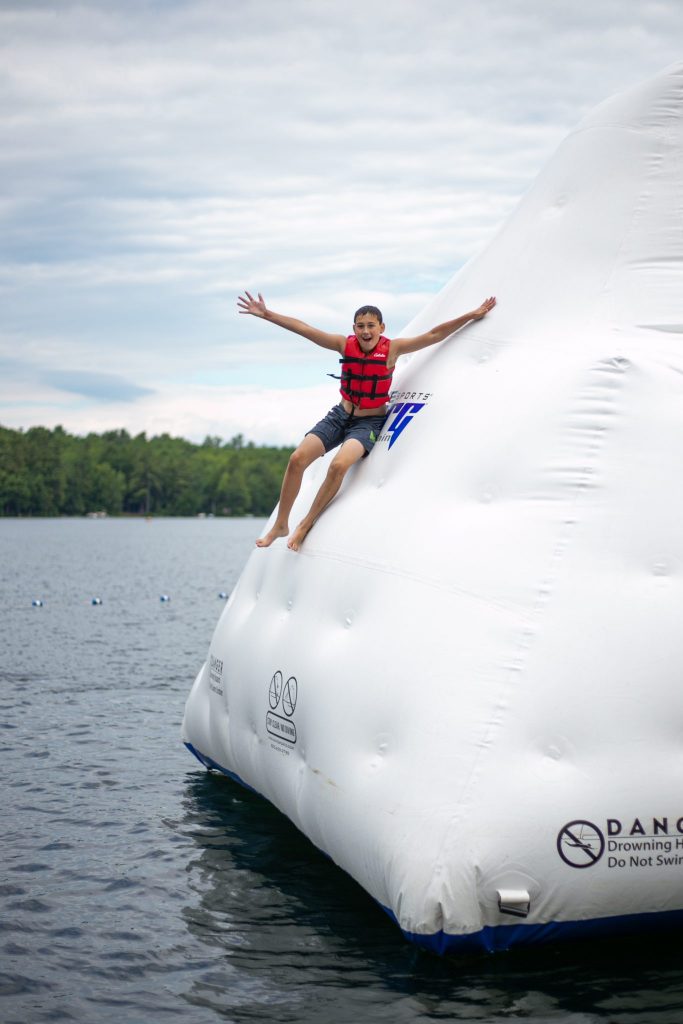 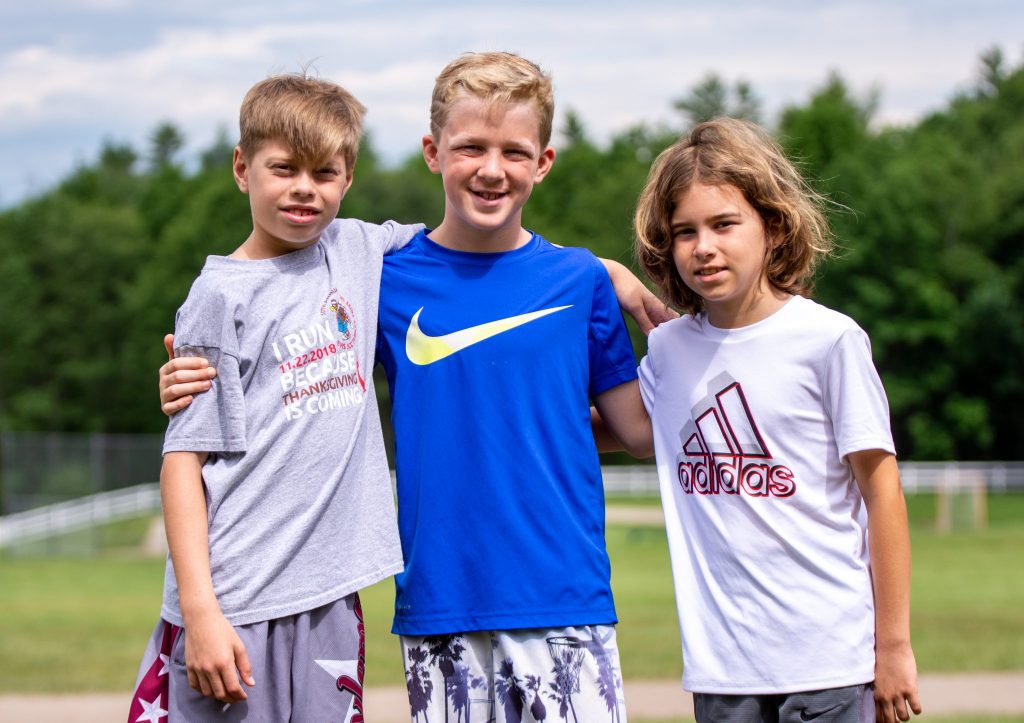 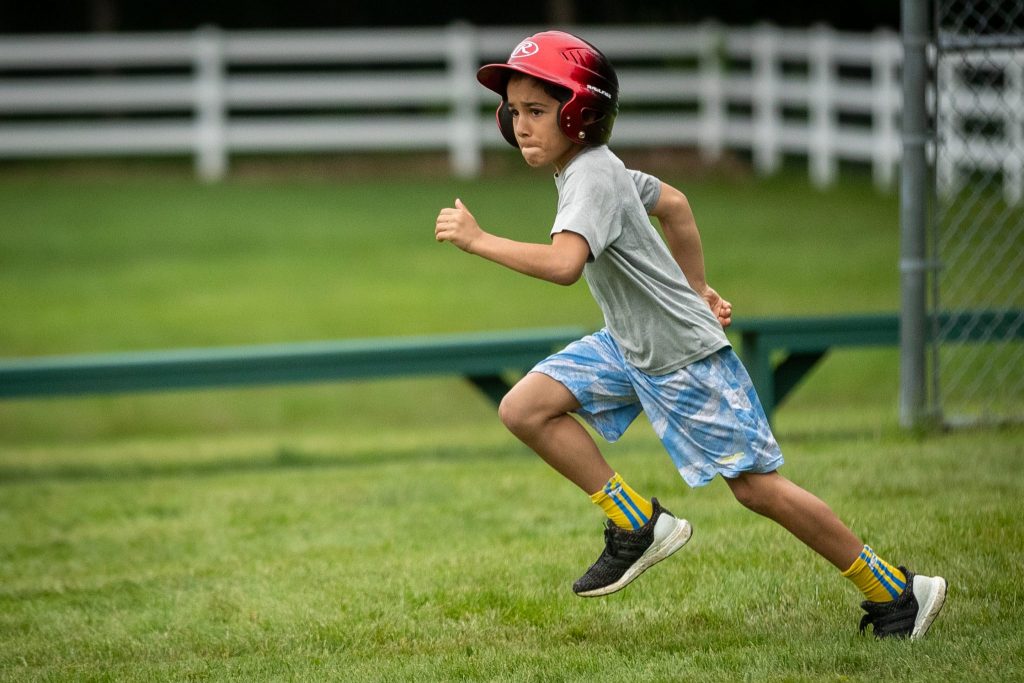 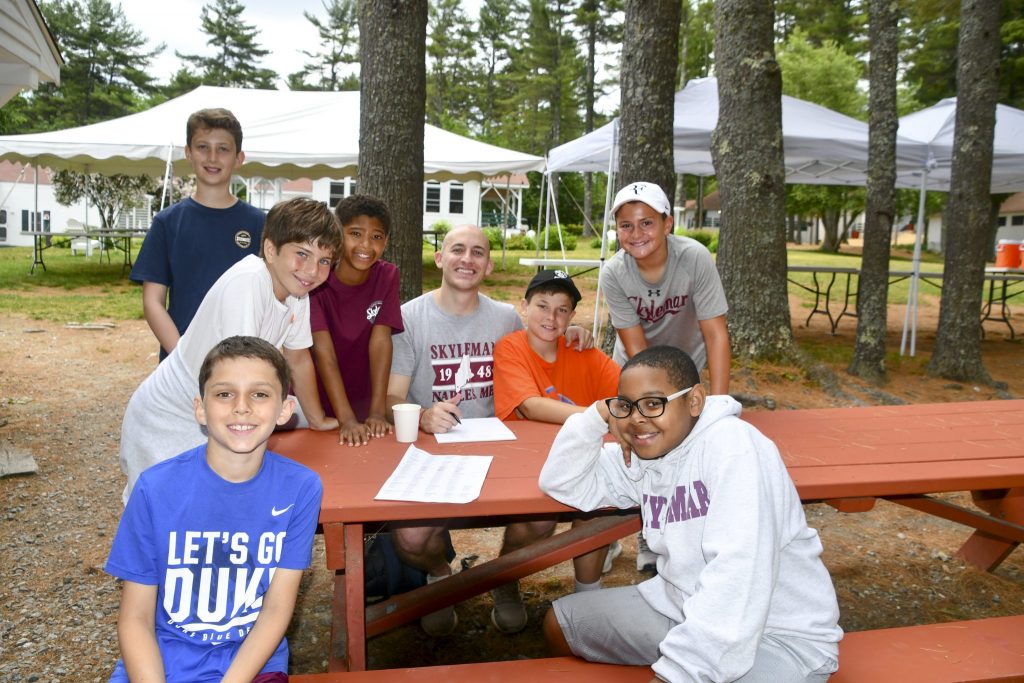 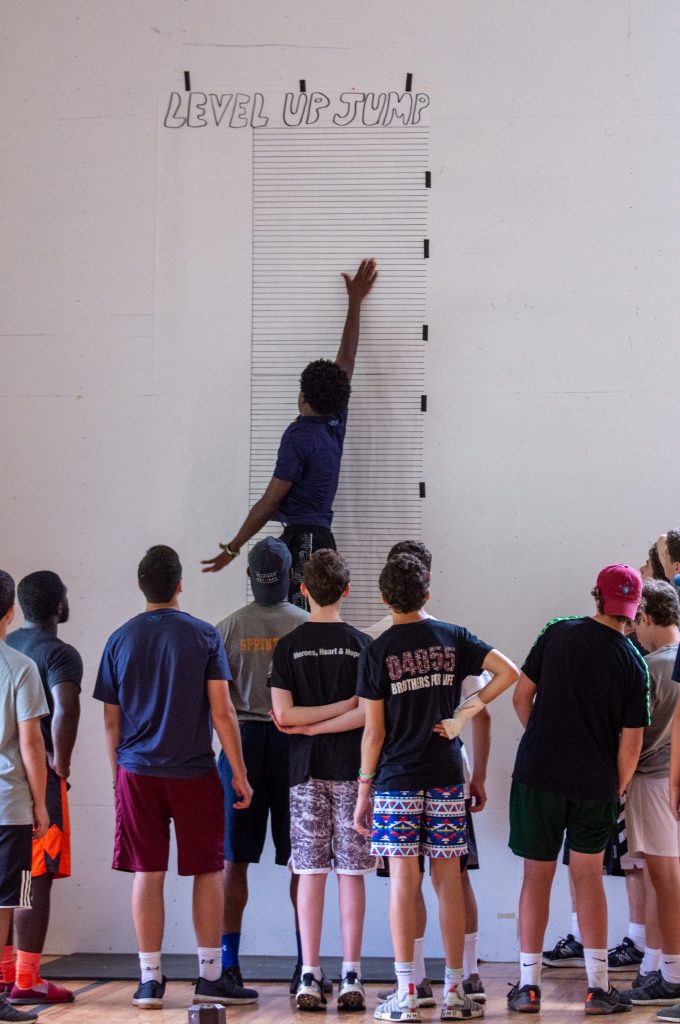 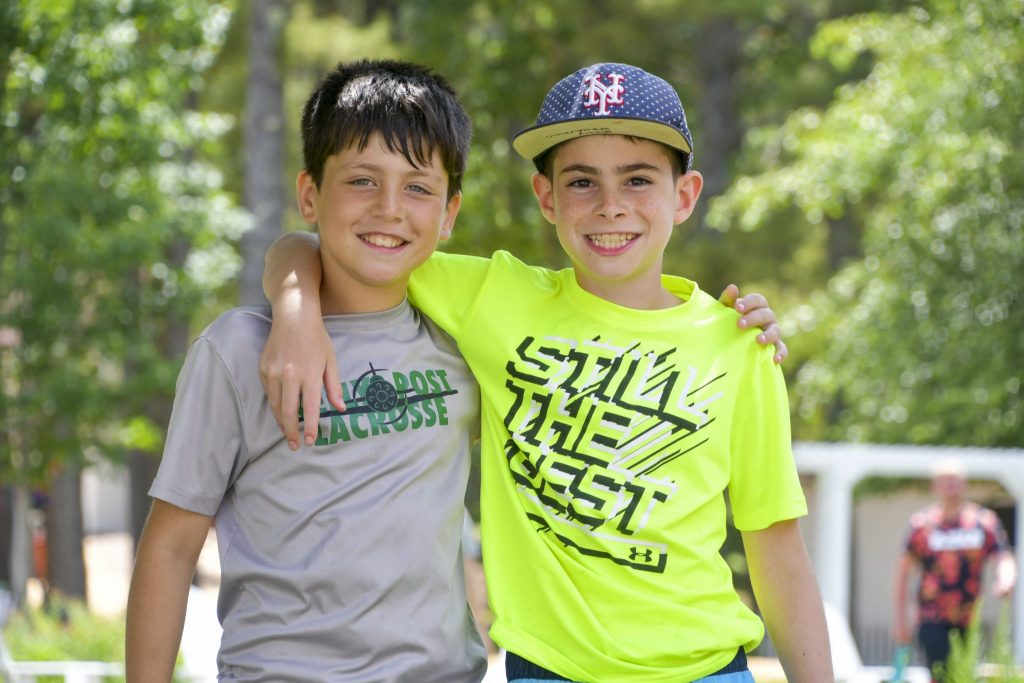 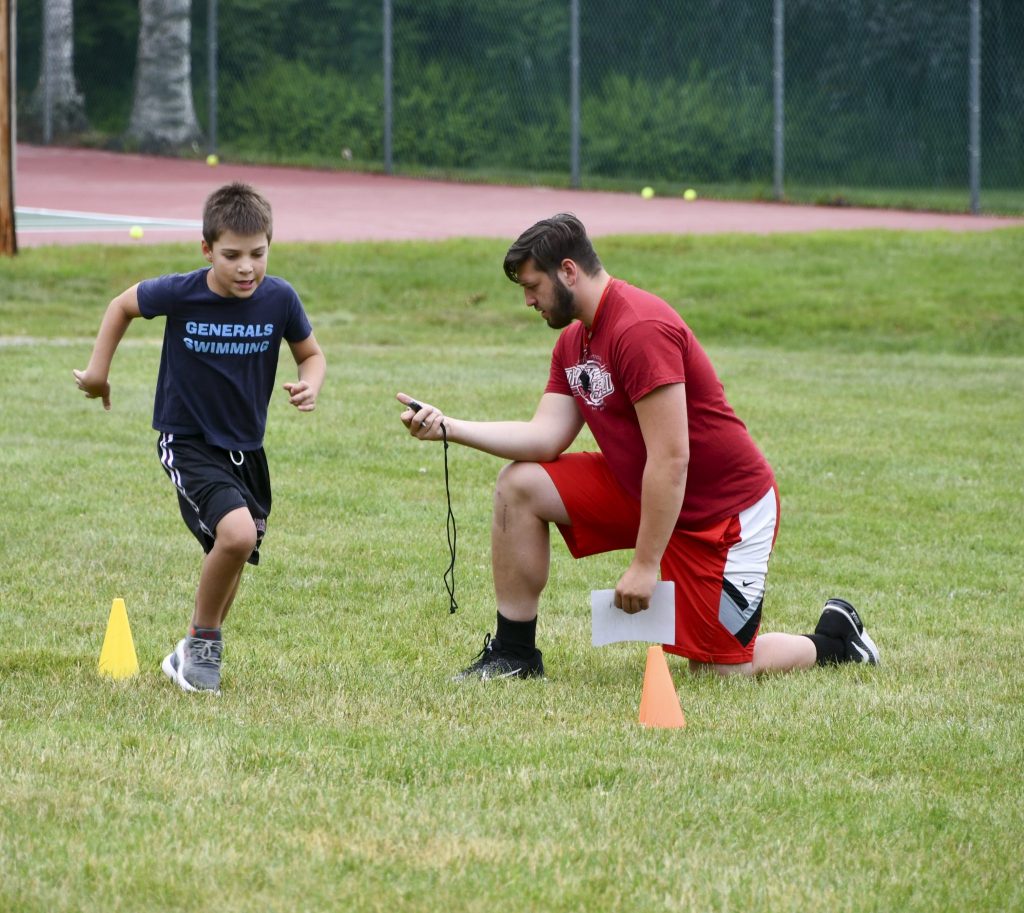 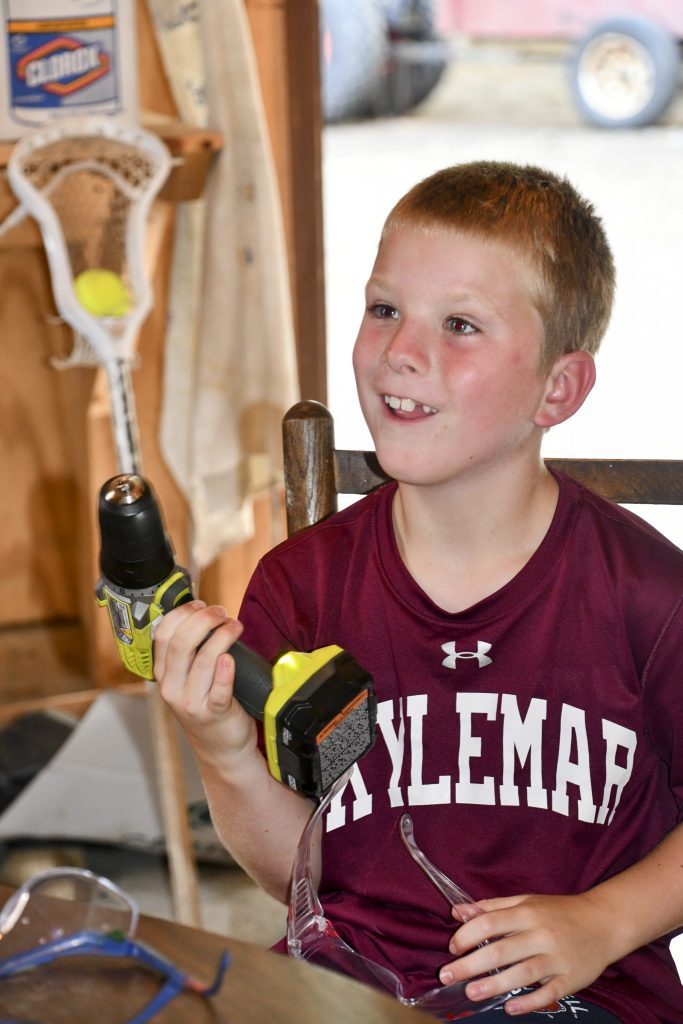 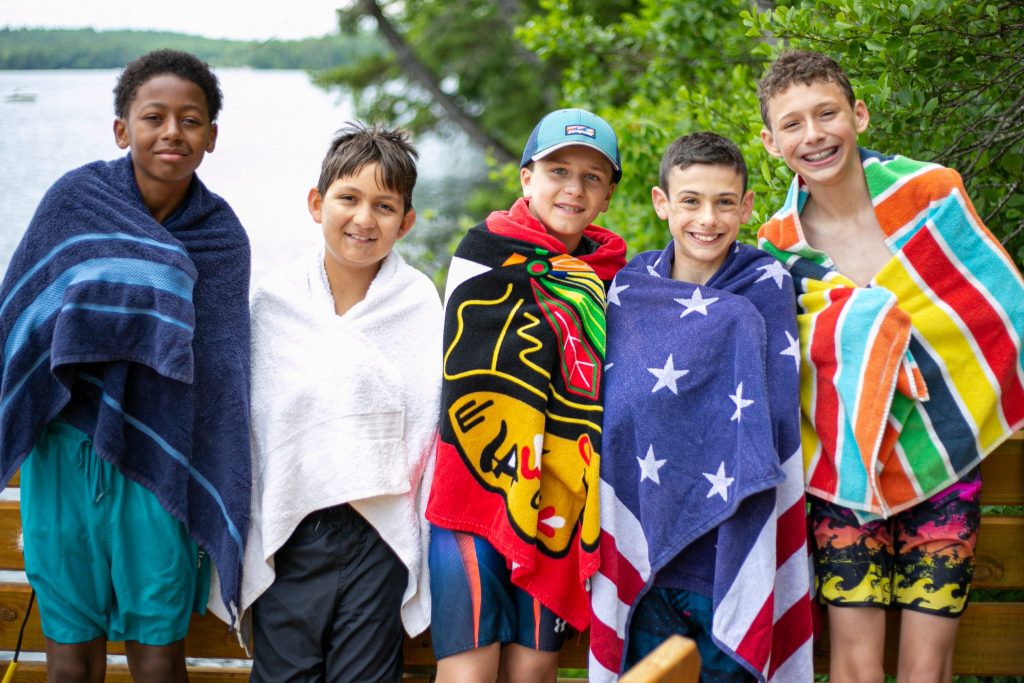 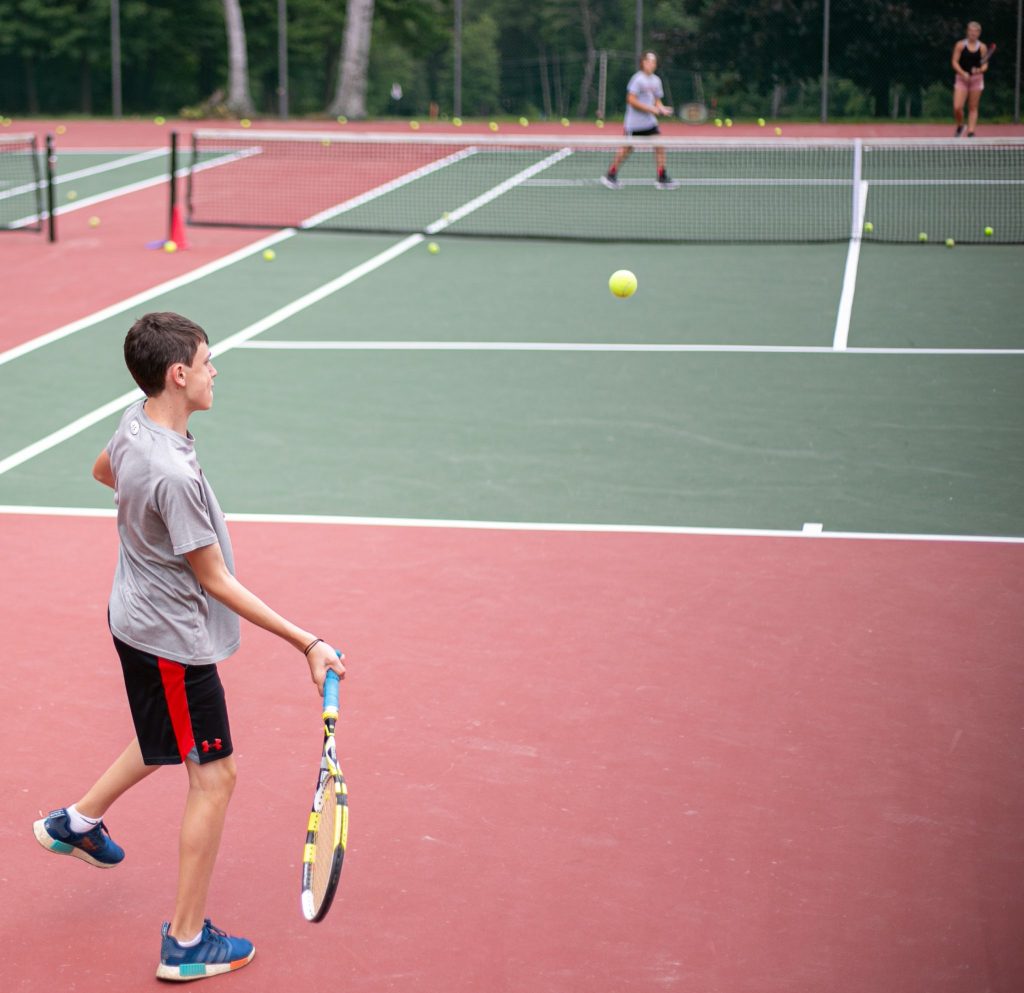 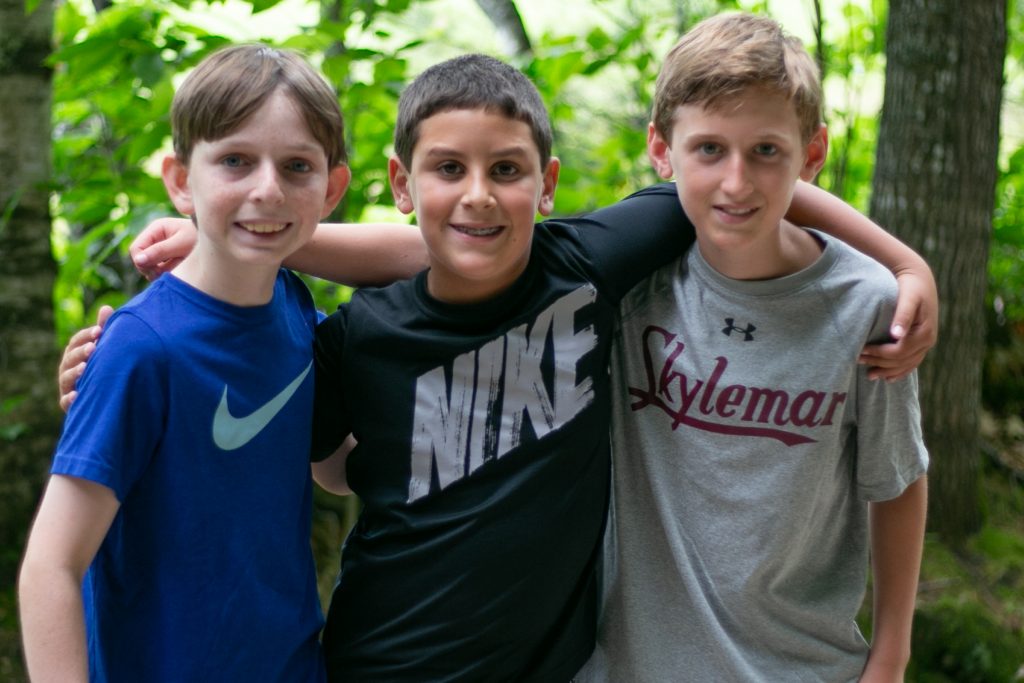 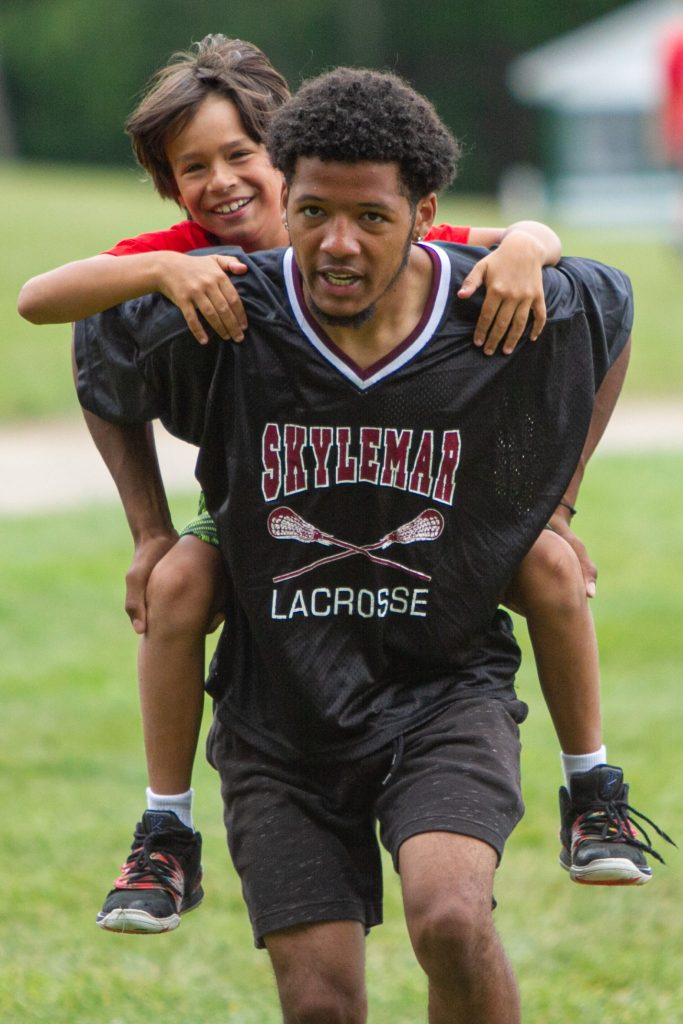 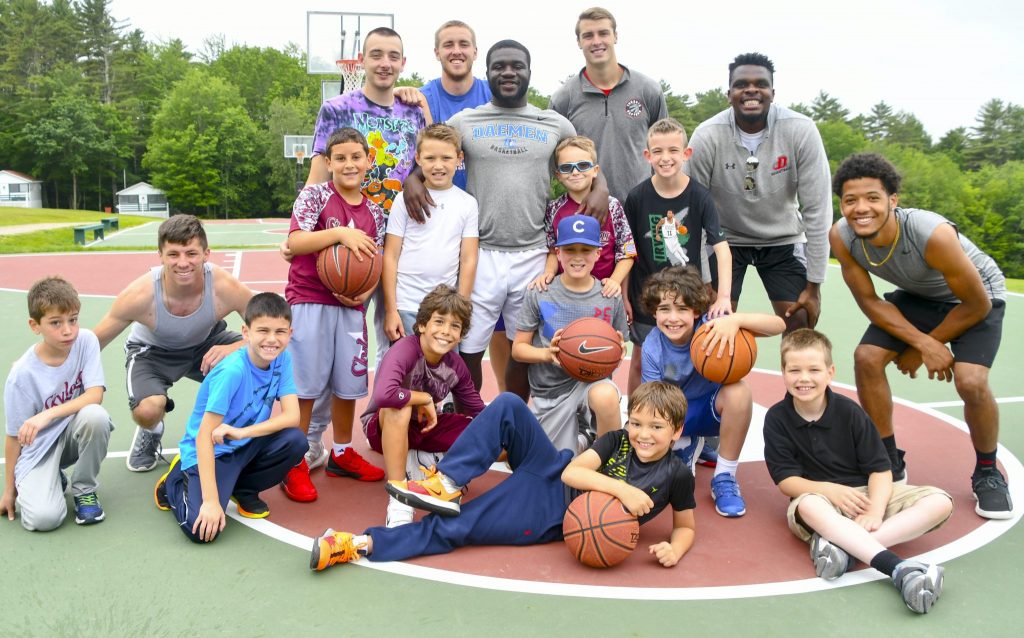 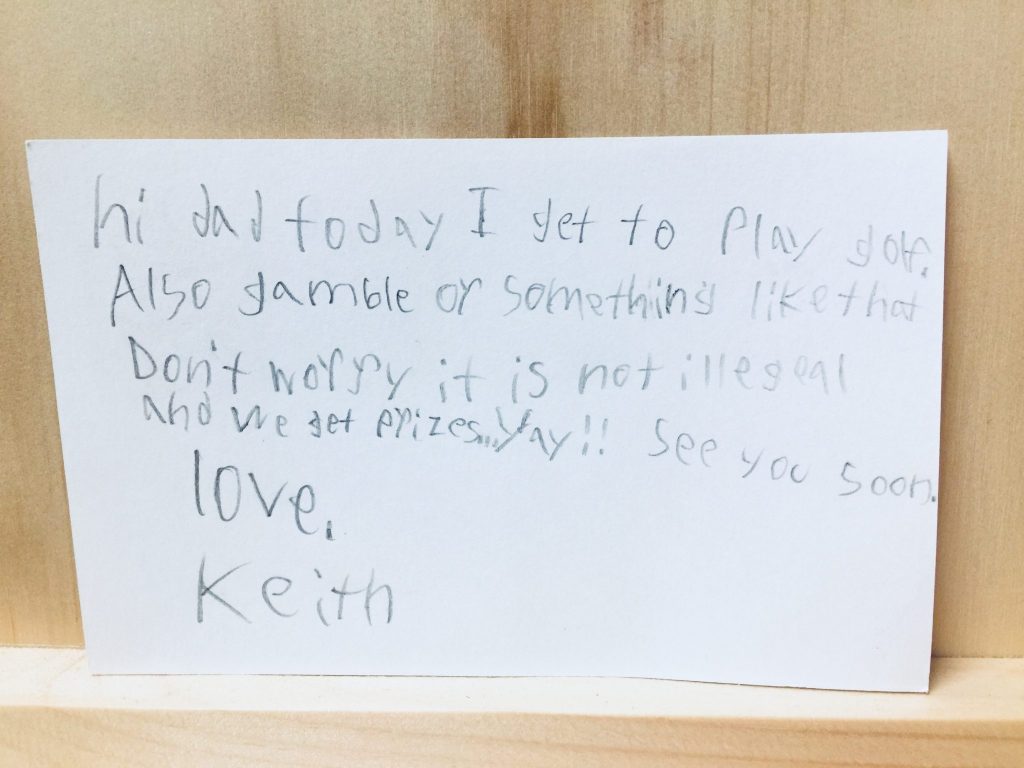 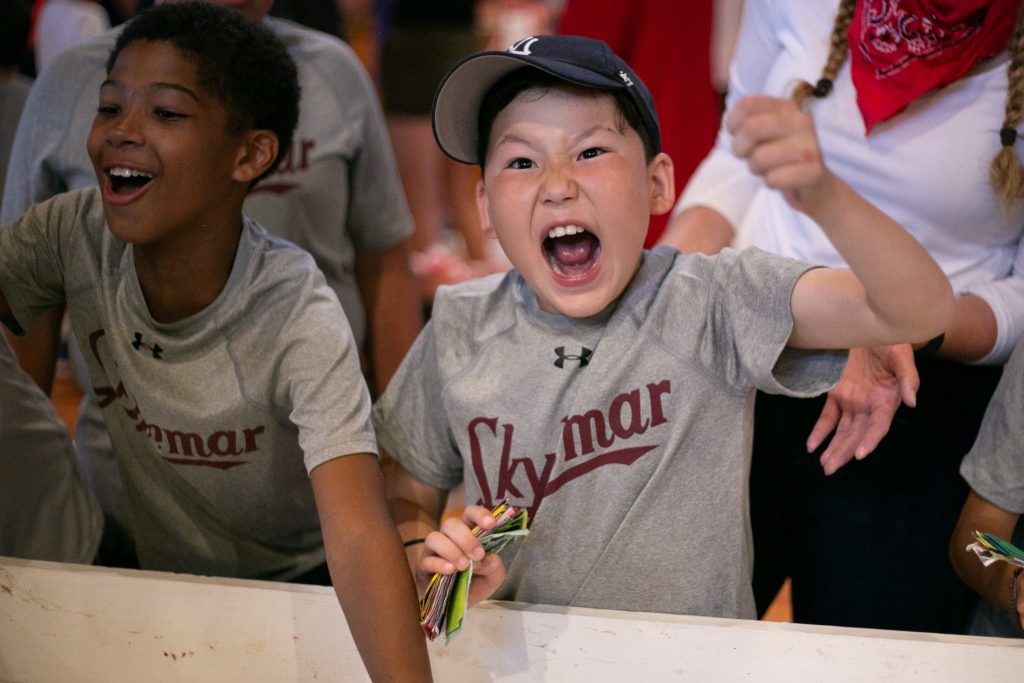 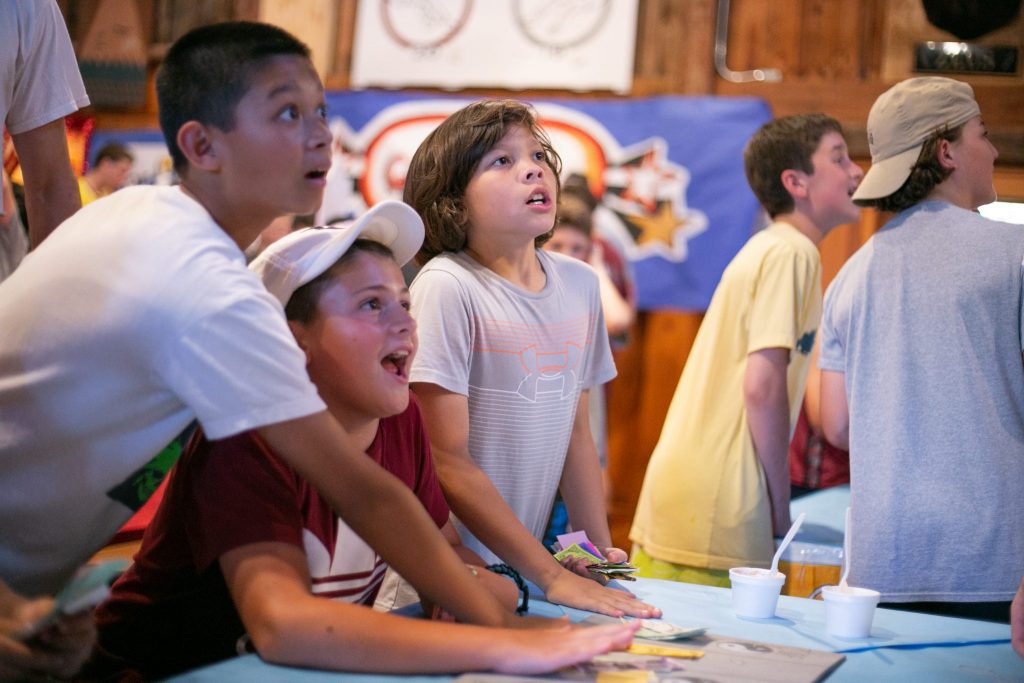 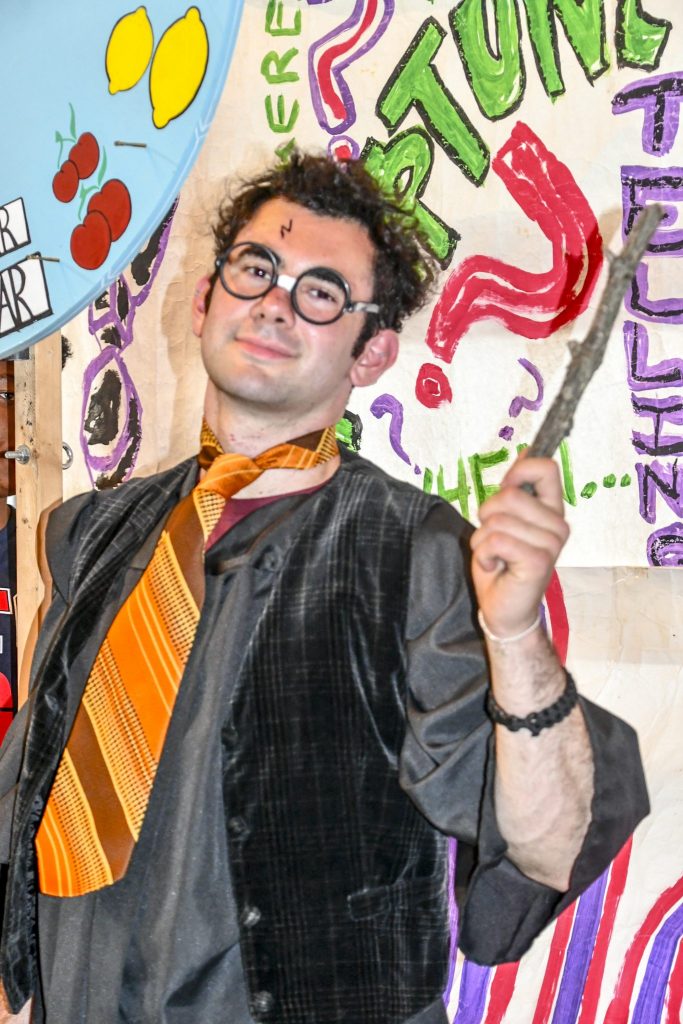 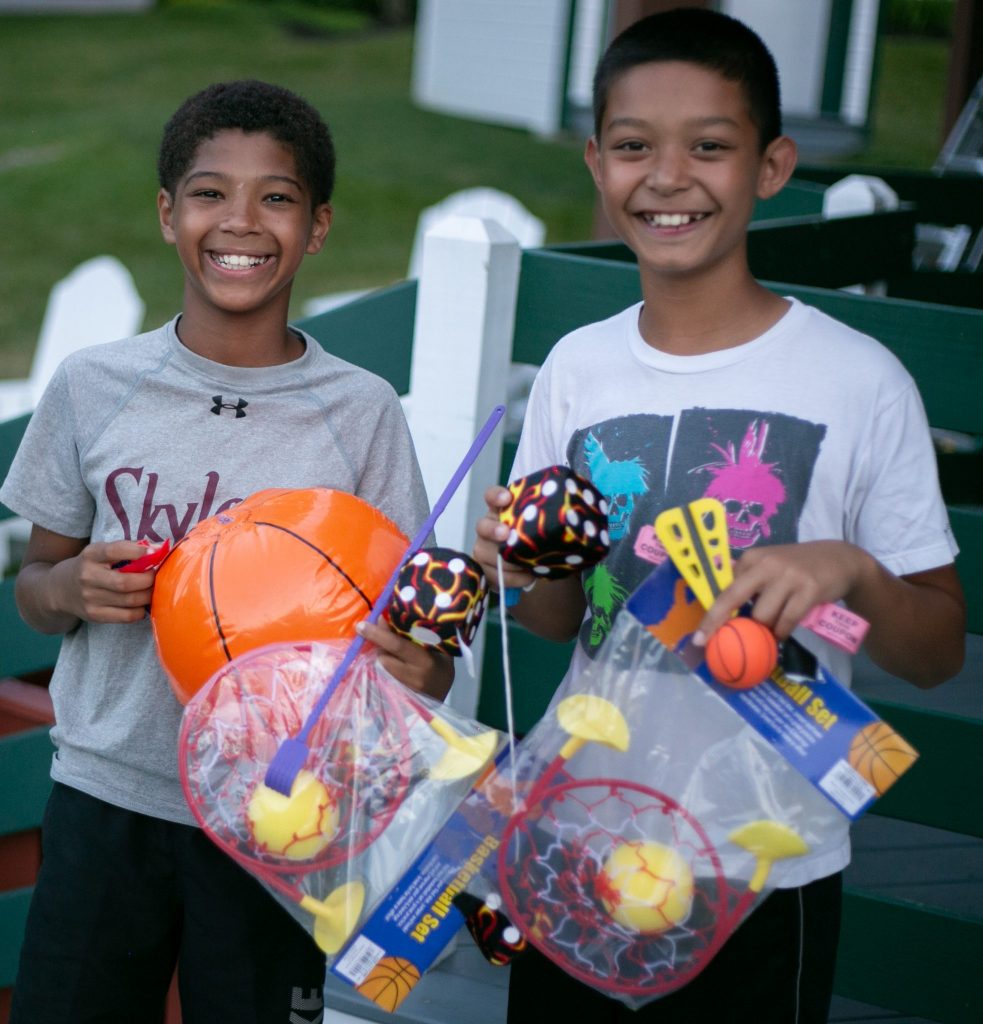 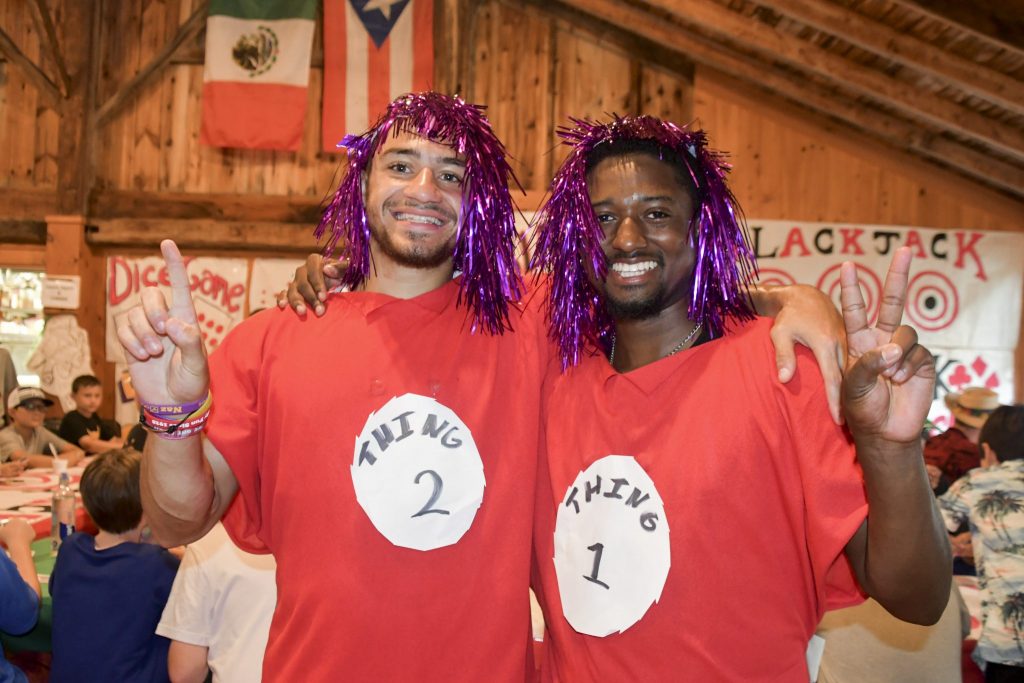 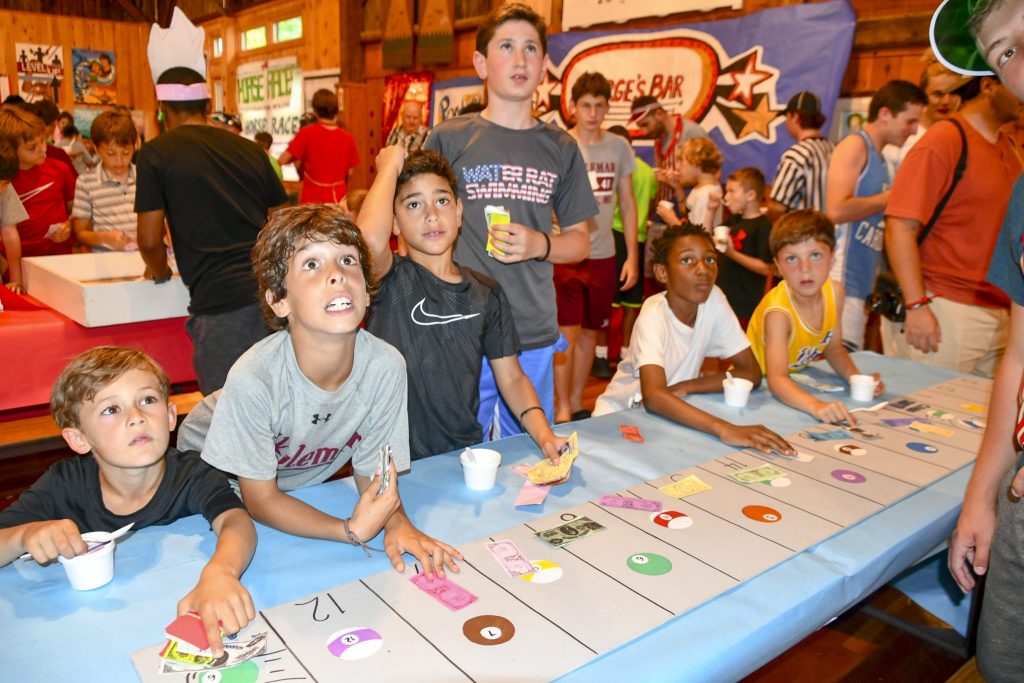 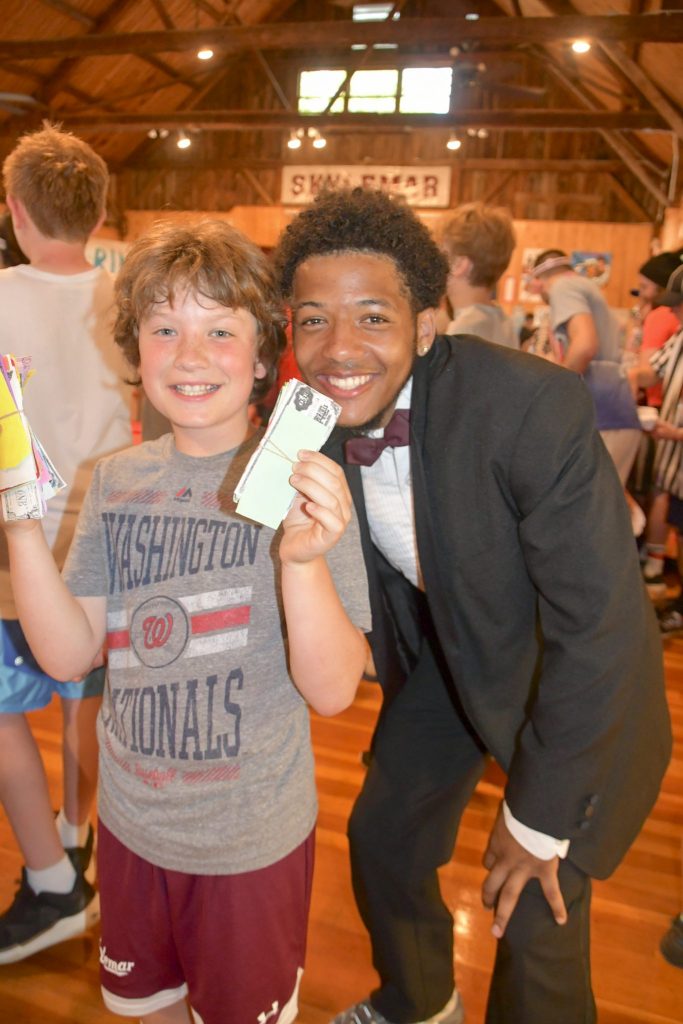 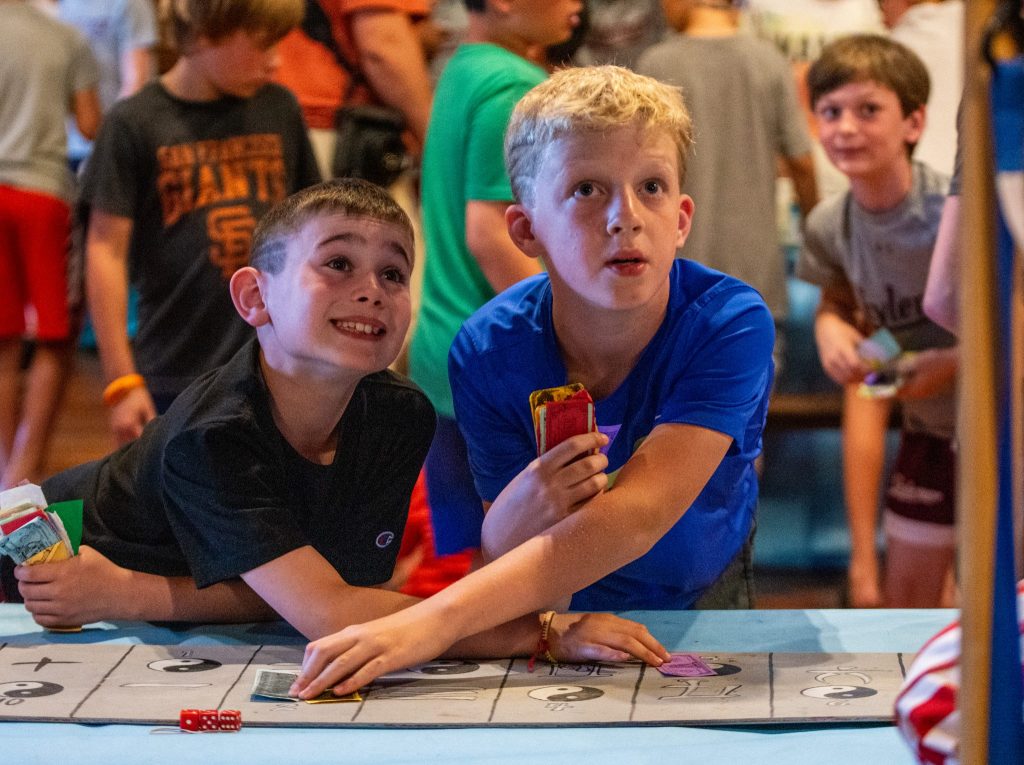 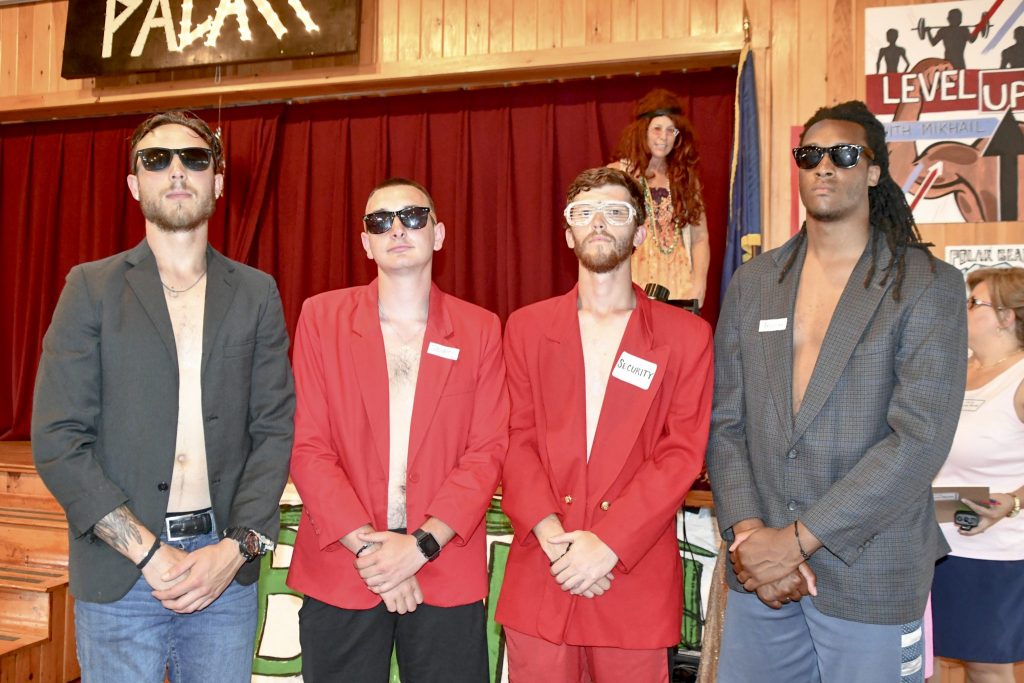 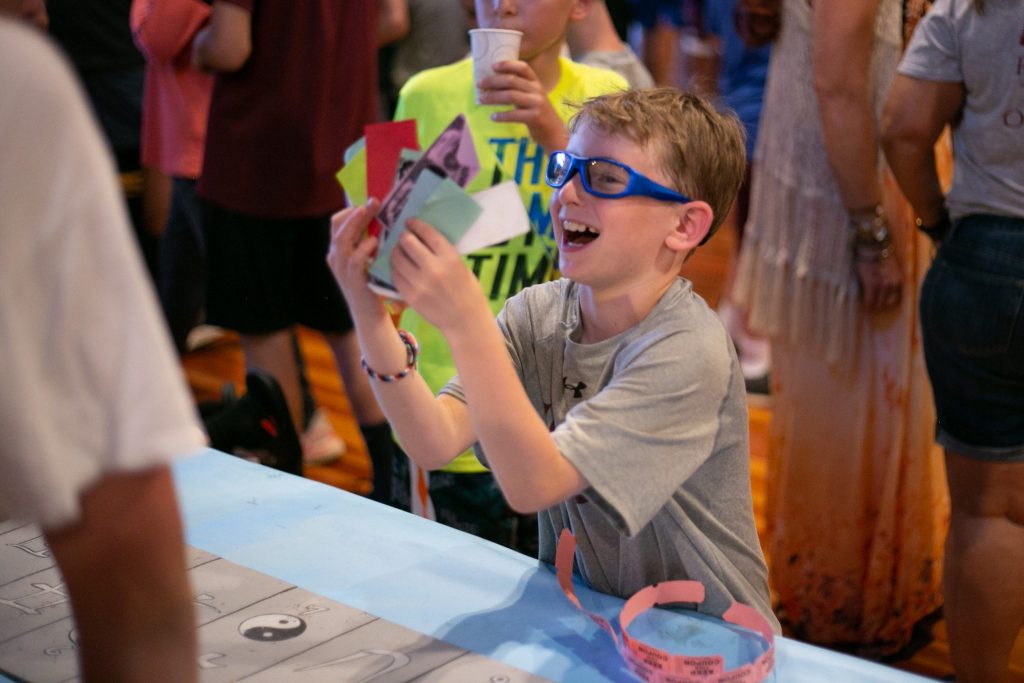 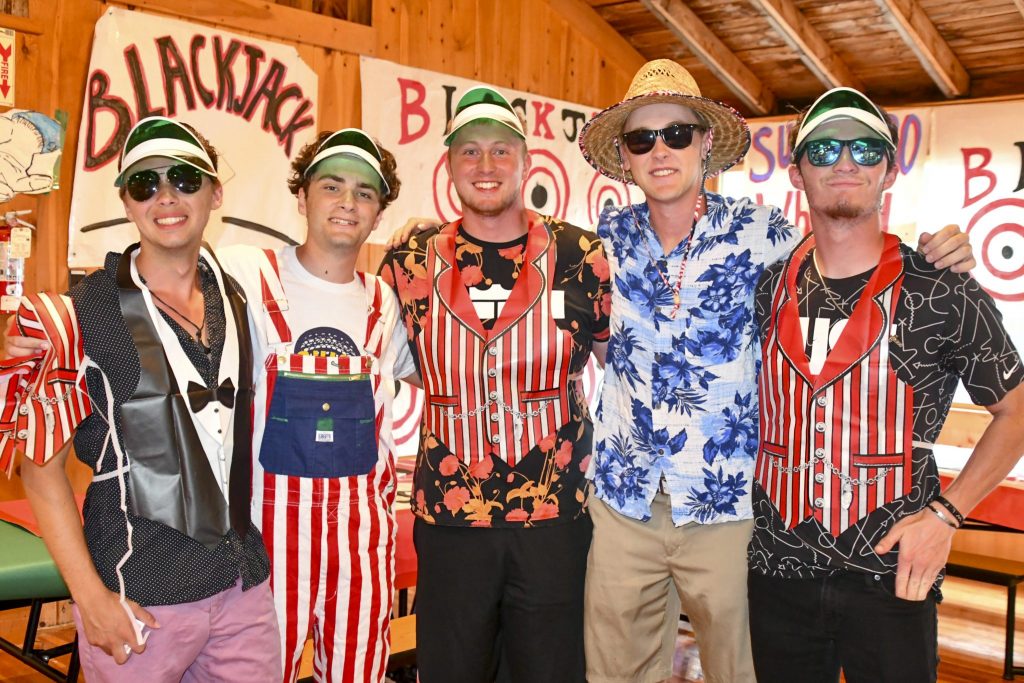 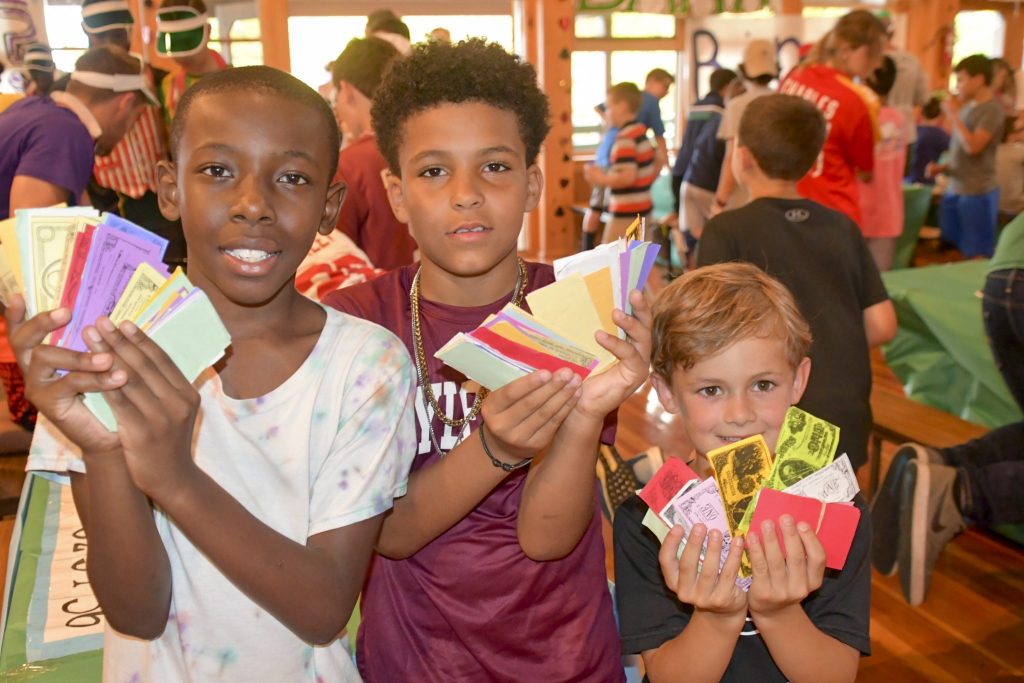 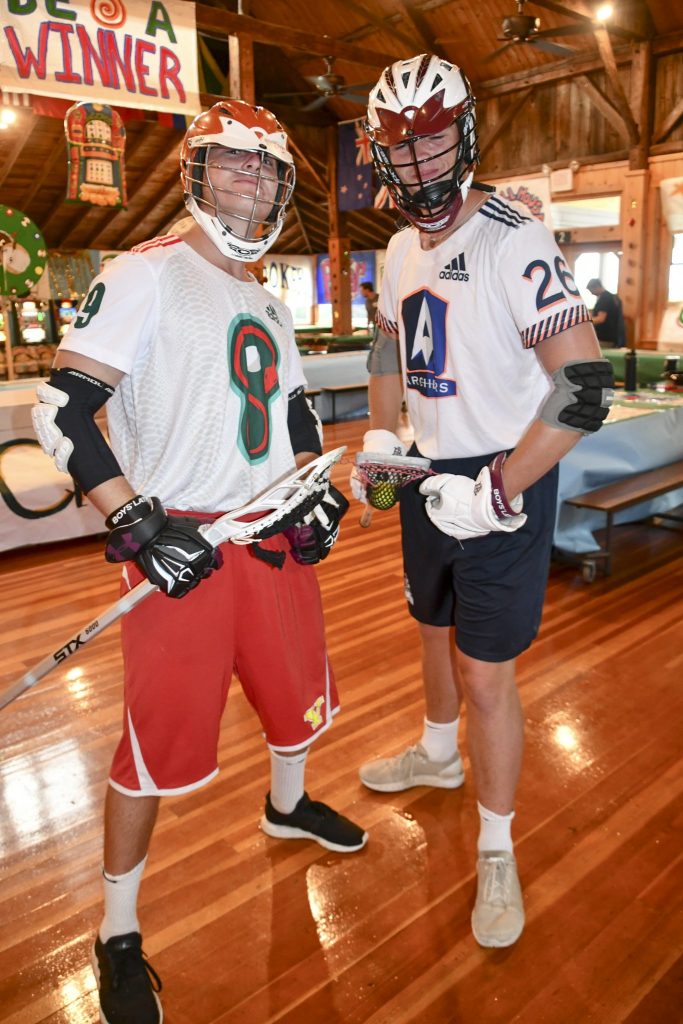 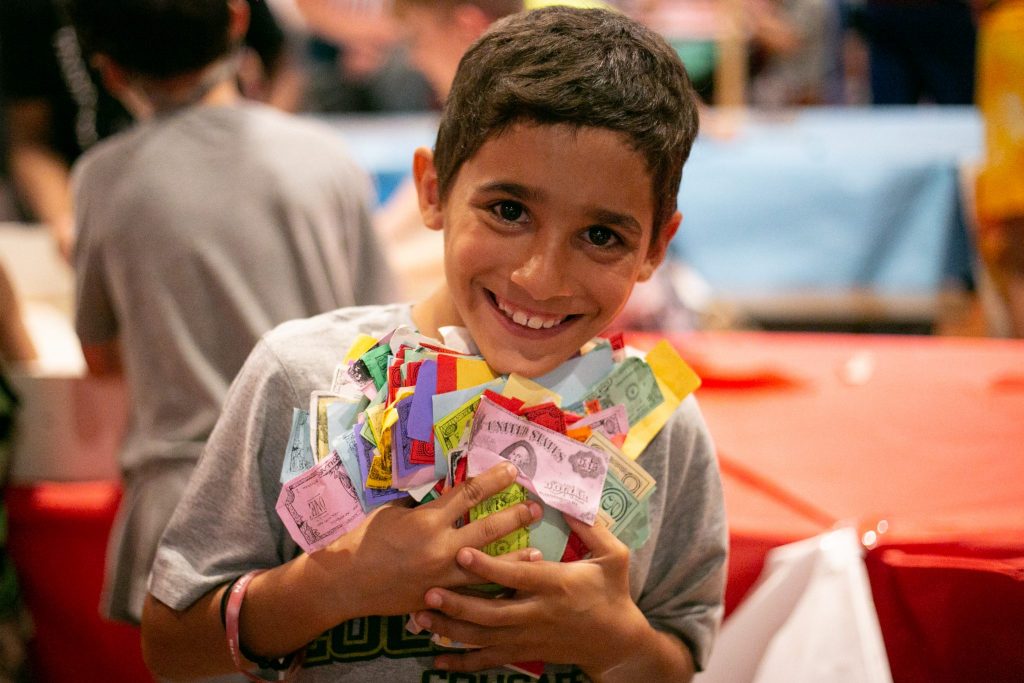 By day it was Skylemar as usual.  There was a full schedule of activities on land and water, plus a day hike and ice skating.  Cookout for dinner, which is always a favorite.  That’s when George and his counselors grill the most amazing burgers and hotdogs.  The kids get to sit wherever they want in the Picnic Grove, and it’s fun to see the mix of young and old at any random table.

While the camp was outside, there was magic happening in the Rec Hall.  Holly, Diane, Maddie and their hardworking team of helpers waived their wands, and POOF! By 8 p.m. it’s Sade’s Palace!

It’s the only gambling establishment where the house never wins.  You must be under 16 to get in, and it’s open for business just once a year.  There’s Roulette, Craps and several Wheels of Fortune.  Black Jack, Bingo, Horse Racing and Poker.  Even slots, too.  Each customer gets his own bank of Skylemoney, which is plenty to play the games and have a beer (root).

The crowd is eclectic, and included some PLL lax players, Harry Potter, Cleopatra, Thing1 & Thing2, rapper Post Malone and a very unattractive Miley Cyrus (sorry, Cole).  There was a unicorn, a magician, and some extremely large babies who looked like JC’s.  There were referees, flappers, tacky tourists and whatever else could be found in Suzie’s costume room.  As you must know, the Palace is the ideal place to see and be seen.

As the crowd patiently waited for the bank to open, a raffle ticket was drawn for a prize bag of money.  Shep read the number, and the winner is…Gavin K of Bunk 7!  Congratulations, Gavin!

It was our kind of bank, packed with prizes, not money.  Blow up balls, basketball hoops, backscraters and fuzzy dice were the favorites.  There were assorted bouncy balls and lots of jumpie-squishy-silly things that make kids happy.

It was a fantastic night, and all went back to their cabins content with plenty of “loot”.  By breakfast tomorrow those wands will again be waived, and POOF!, the Rec Hall returns.

Nico and Luke found a dirty old tennis ball in the woods.  The nine year olds were delighted with the discovery and came up with a plan:  “Let’s make it our bunk ball to pass on to generations.”