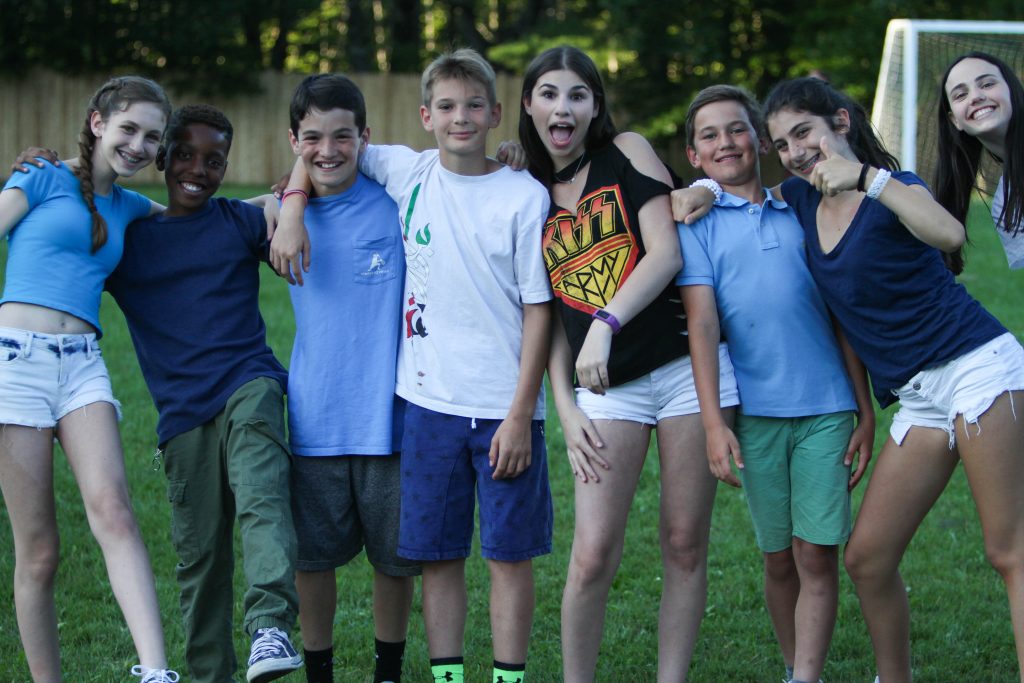 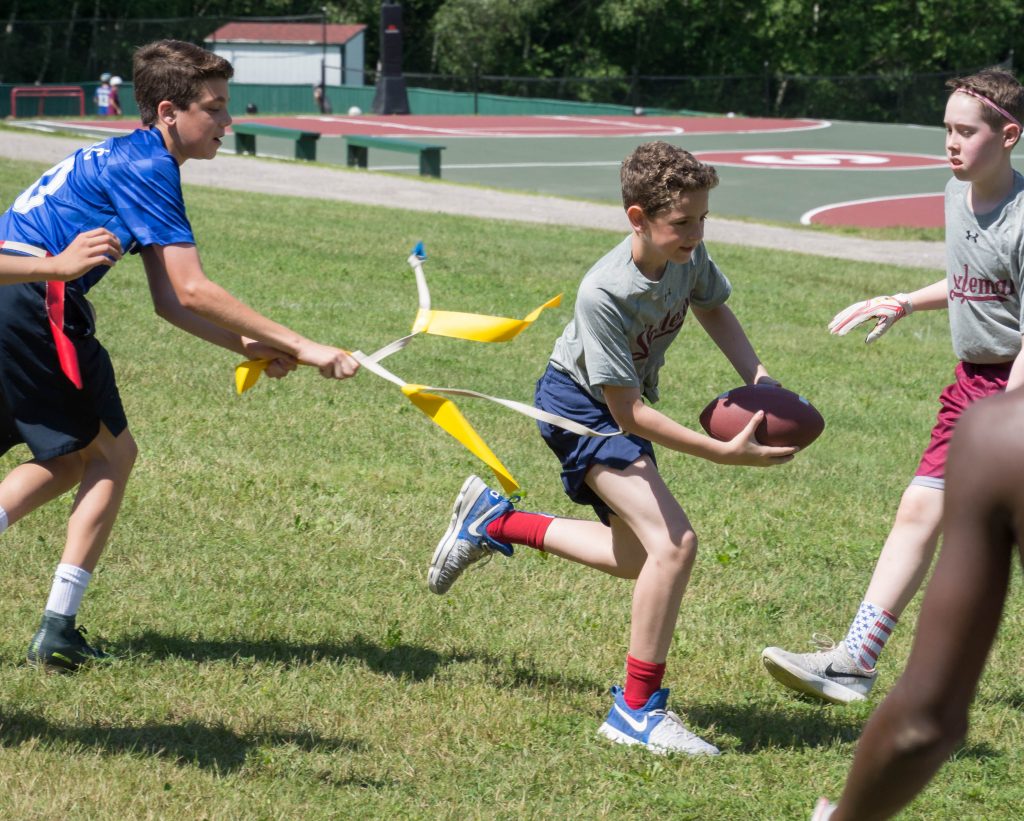 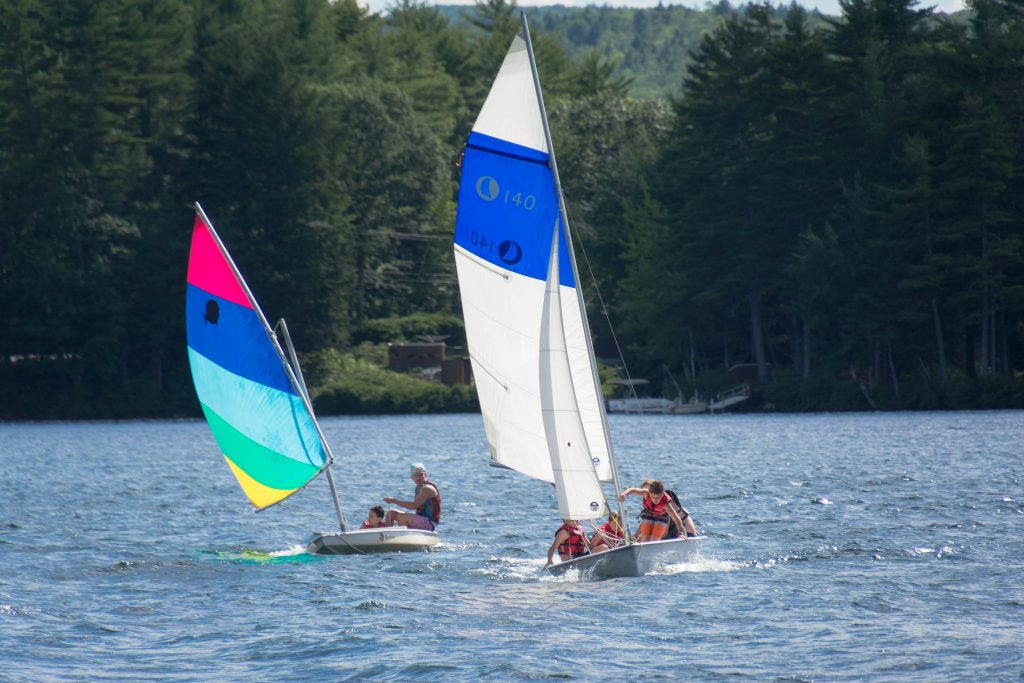 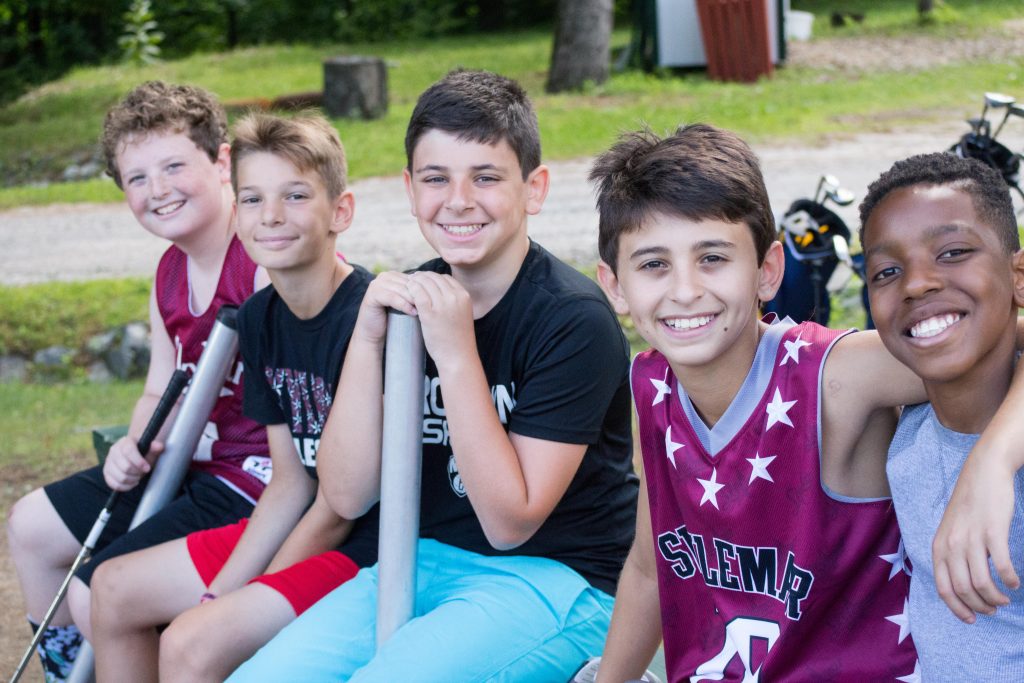 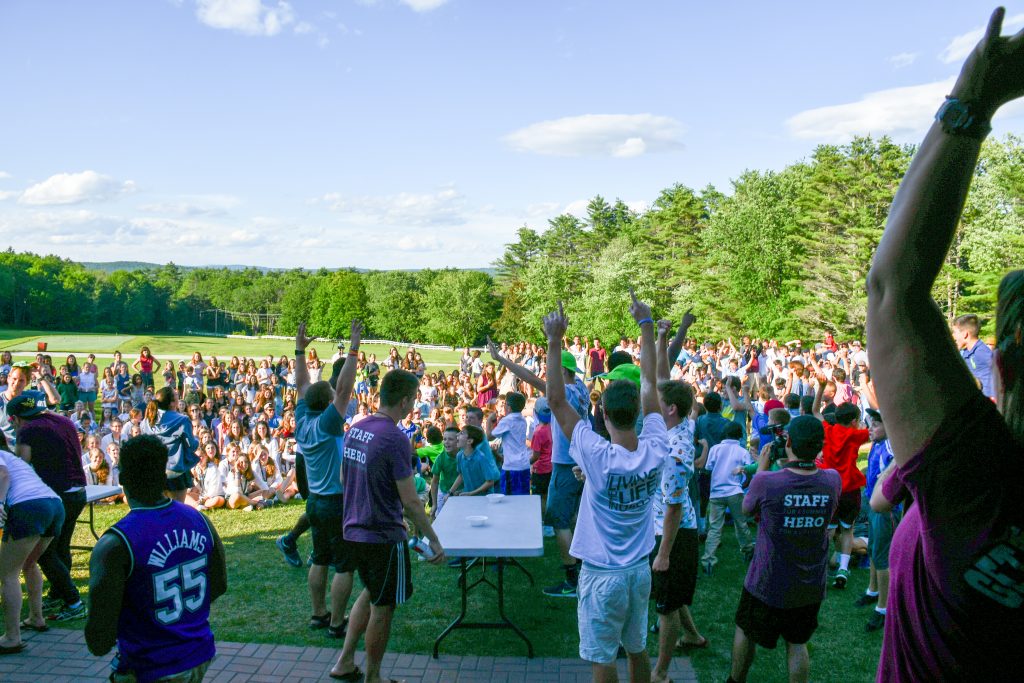 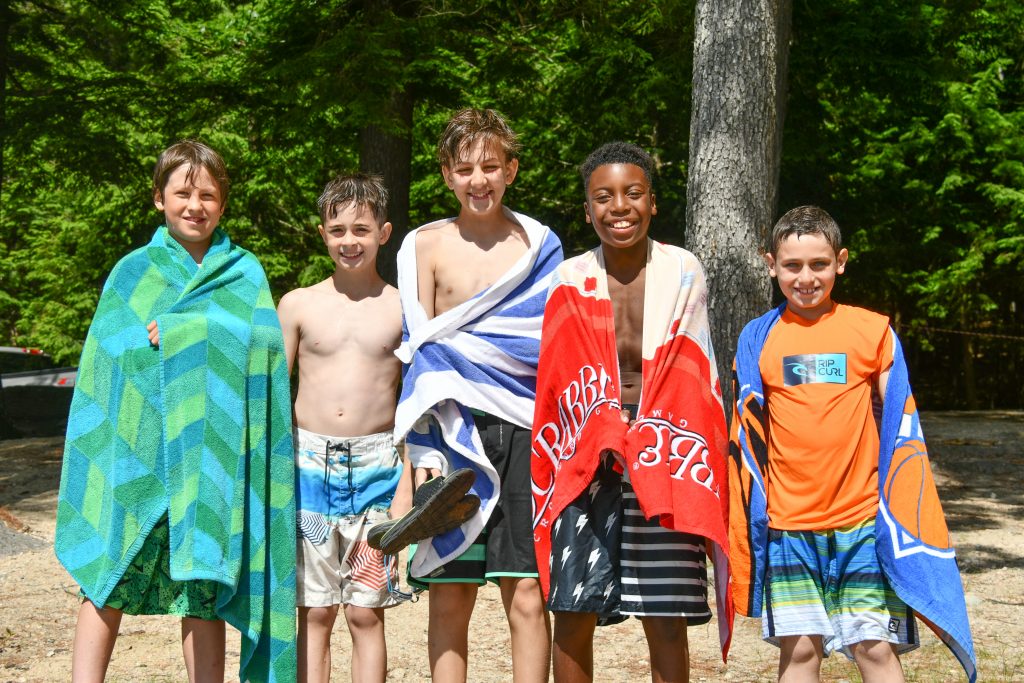 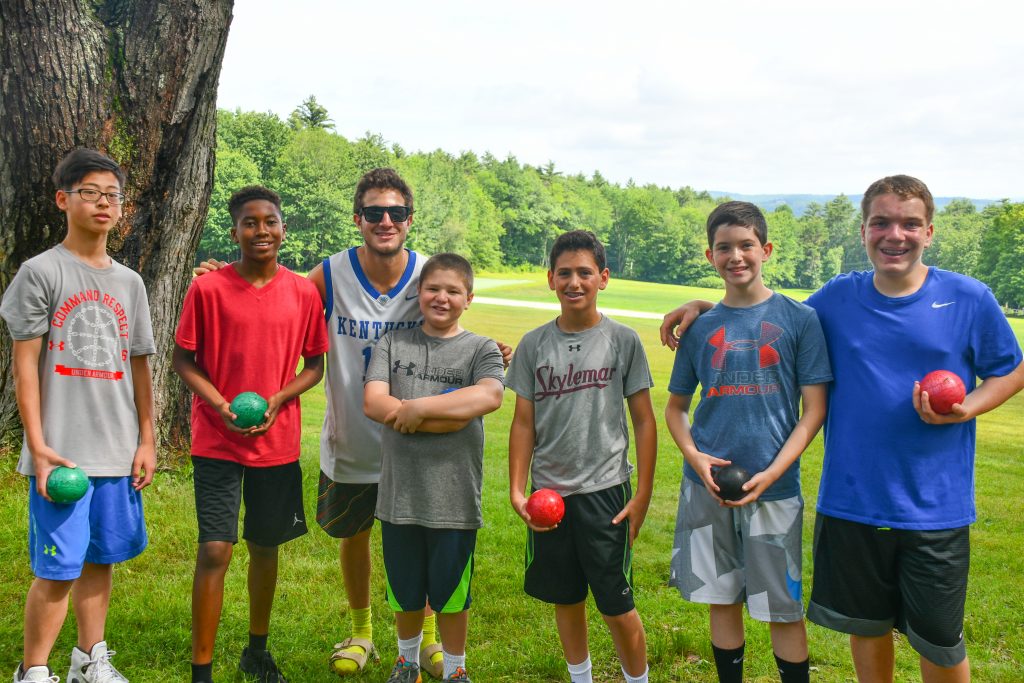 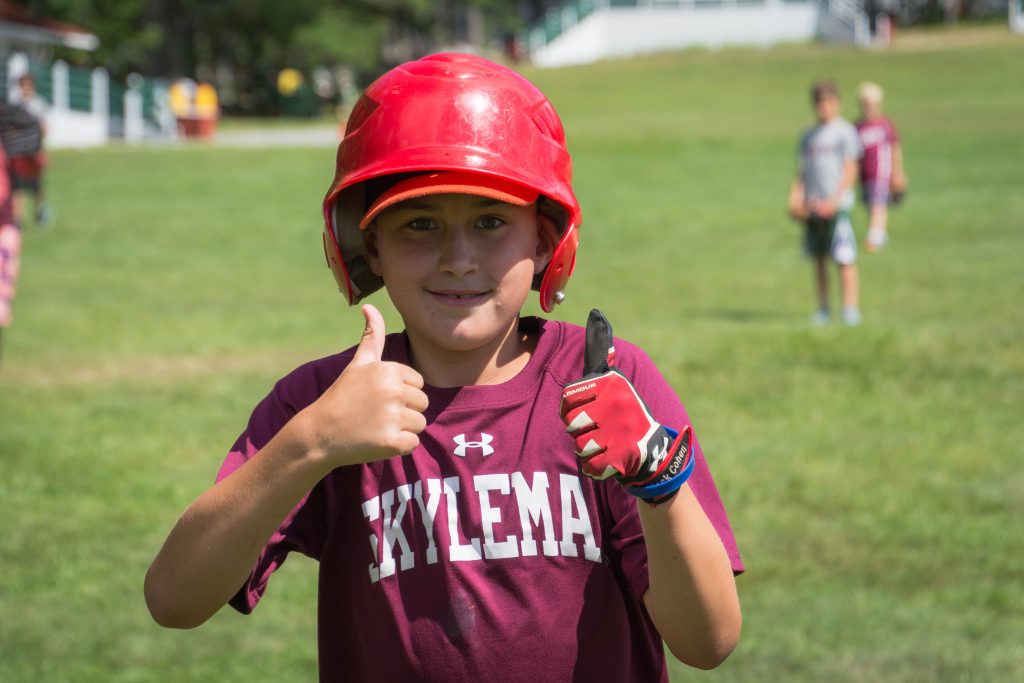 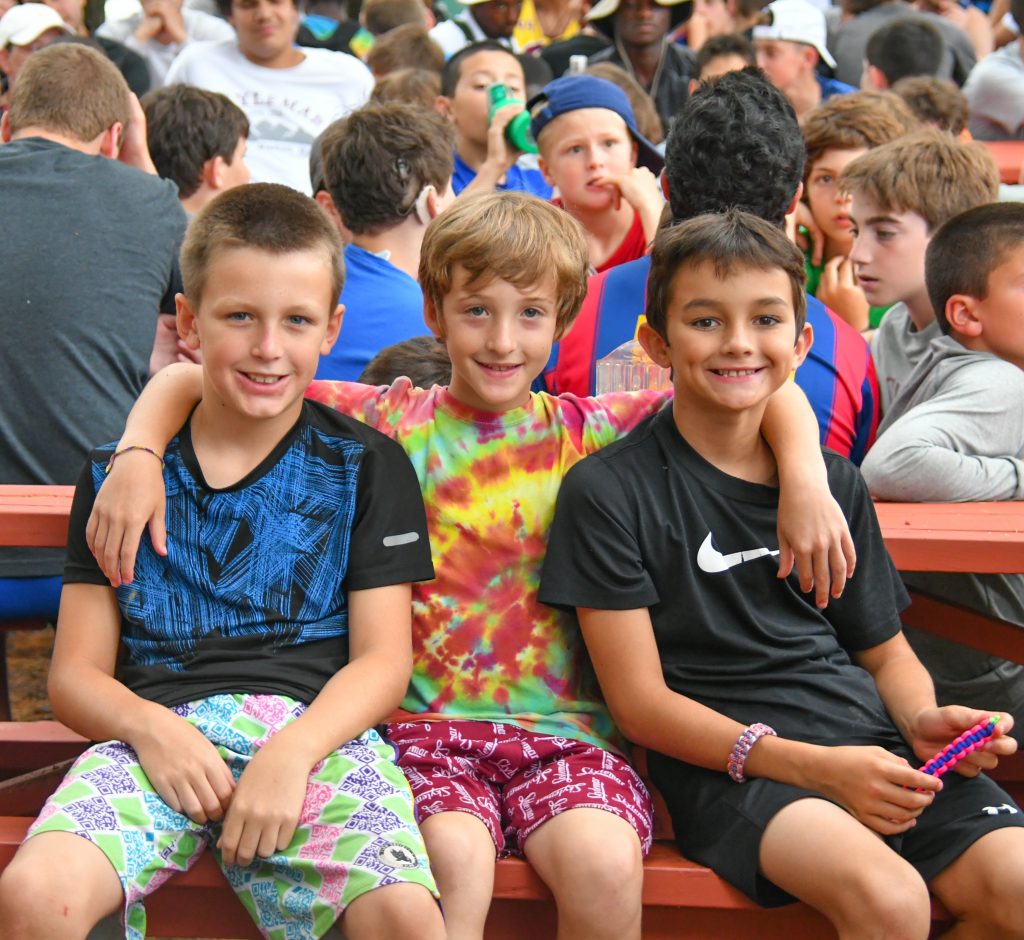 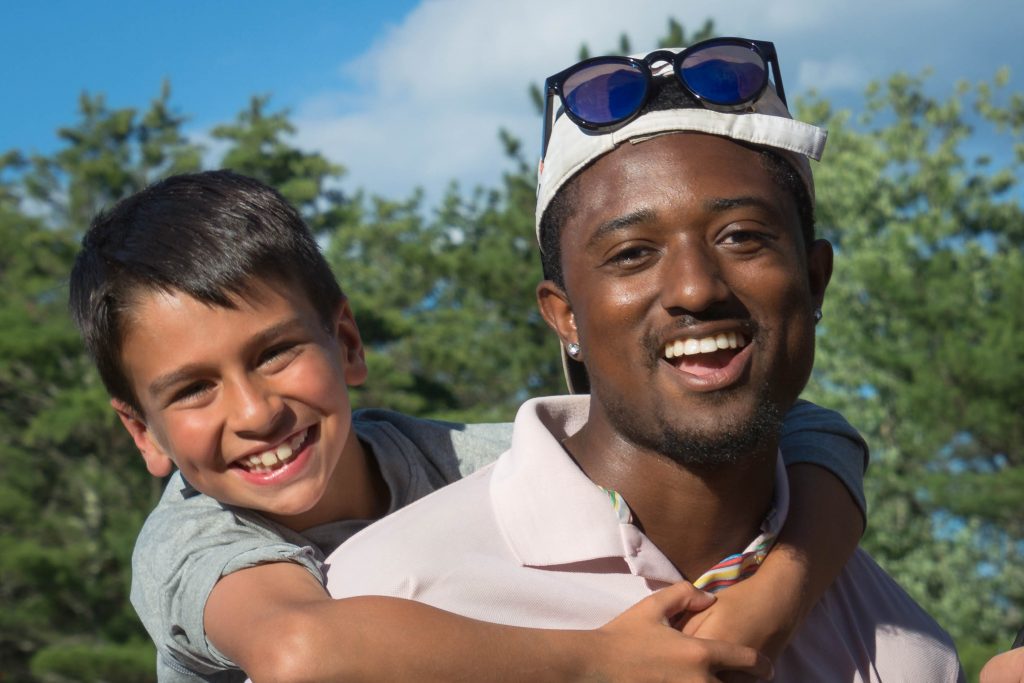 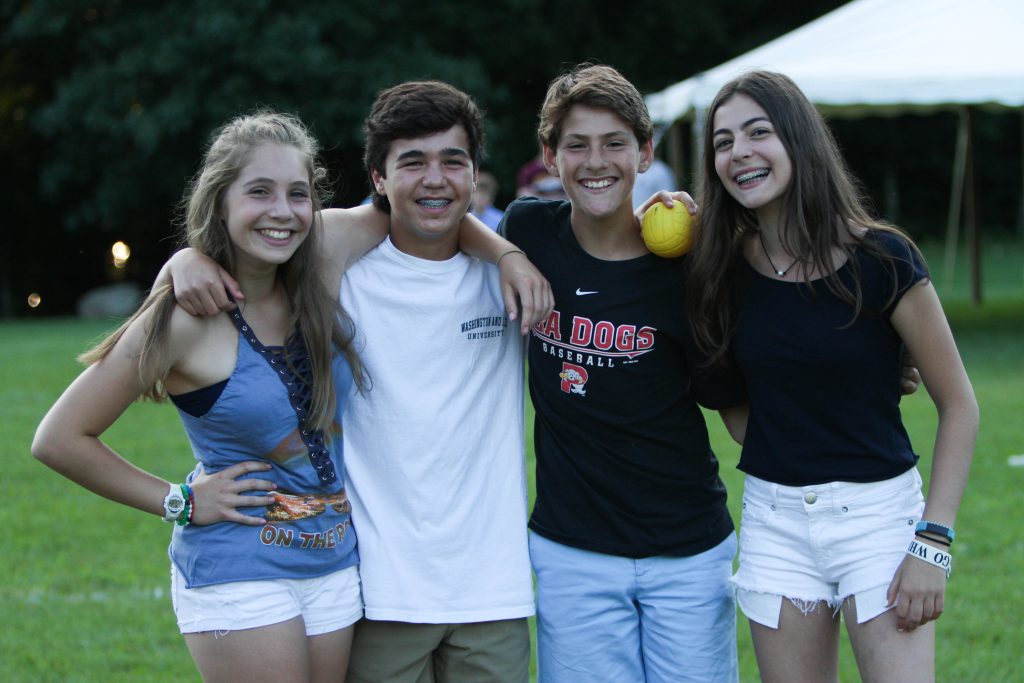 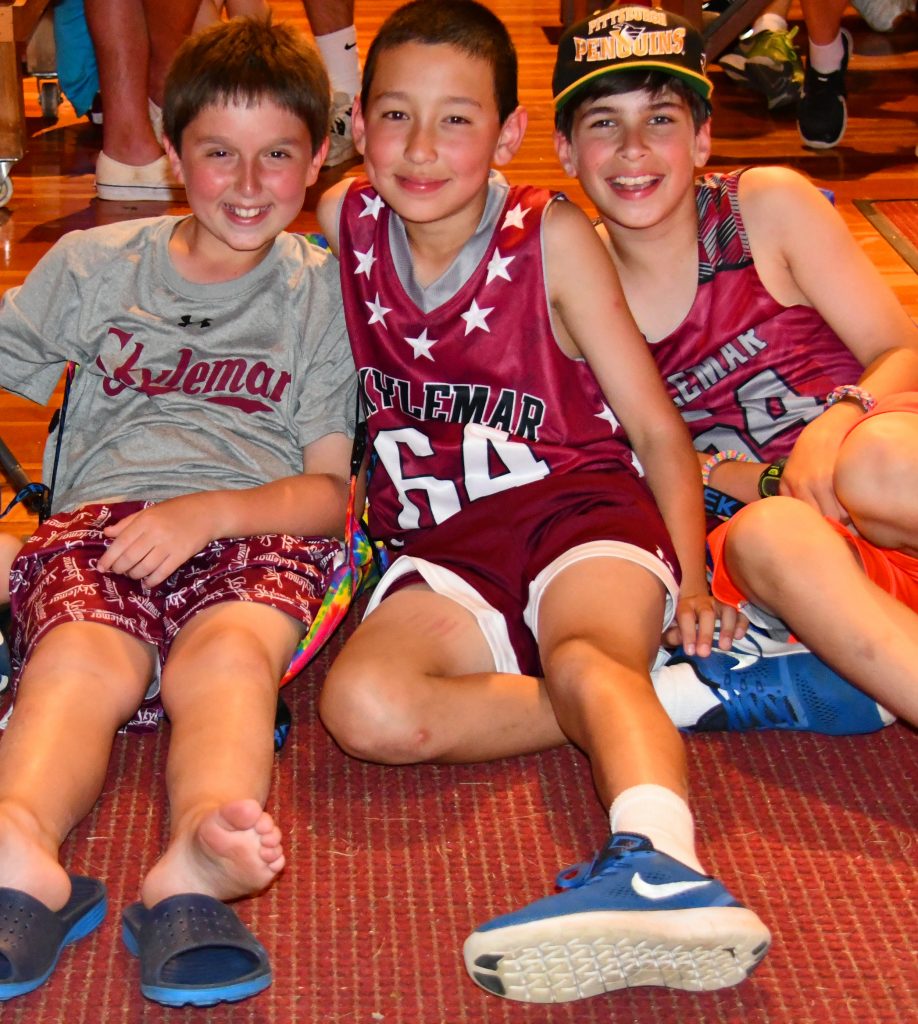 Sugar and spice and everything nice - that’s what Fernwood girls are made of.  It was our pleasure to welcome the entire Camp Fernwood to Skylemar this evening for a giant party.  It sure is a different world here with an extra couple hundred girls around.

It’s fascinating to see how boys “dress up” when mom’s not directing the plan.  For the younger kids, it’s a collared polo shirt, mismatched to a pair of basketball shorts.  Some are into hair gel, while others seem to have discovered a comb for the first time with hair firmly parted and swooshed to the right.

Upon arrival, the crowd of 500 gathered on the Rec Hall Field…pretty much boys on one side and girls on the other.  Bubba the Golden Retriever saw the ladies and went straight in for attention.  Seven-year-old Semaj followed Bubba, and next thing you know Semaj had nine ladies surrounding him.  Now that’s how you do it!

We cheered on the counselors, competing Sky vs Fern in a number of events.  The Human Rock/ Paper/ Scissors round was really funny.  Dinner in the Picnic Grove, of pasta, chicken, fresh veggies and chocolate chip cookies.

We split in two and the younger half had games on the fields (kickball, beach volleyball, soccer with a beach ball) and old-school favorites on the basketball court, like Red Rover, Red Light Green Light and Simon Sez.   Snow cones and spin art, too.  The older guys/girls went to Sky II, for hanging out and lawn games.

It was a really great night, but when the girls left it made us appreciate our band of brothers just a little bit more.  It’s much less stressful to talk about sports and intercamp games.

Those intercamp games are going strong.  U12 lax, U10 hockey and two games of U14 hoops.  Some we won, and some we didn’t.  In the hockey game Leo T was a terrific goalie, Oliver had two goals and Grant H had two assists.  Jacob R, Jared R and Jack P all scored as well.  Despite what seemed a questionable call late in the contest, we still kept it cool and classy.  As for lacrosse, we lost by one goal with a minute left.  Austin K was amazing in goal.  Luke S, Dylan Mkls and Charlie S did most of our scoring.  Nick S and Teddy S chipped in with several great defensive plays as well.

First ever U15 volleyball intercamp in 69 years!  Every single senior camper signed up to play.  Here’s what Coach Yonne had to say:  “We didn’t win according to the score, but we did in our hearts.  The boys were lively, excited and grateful to try something that was different from their usual interests.”  Shout outs to Max B for diving all the way onto the other court to keep the ball in play and ultimately win a point.  Ethan S took it upon himself to lead, teach and support teammates.  Tyler Mkls carried the team with his great talent and humble nature.    It was a super fun afternoon, and the boys came back asking to set up an in-camp tournament as well.

And finally, congrats to Bunk 26 who won Honor Cabin.  This may be the first time a Sky II cabin has won the cleaning award.  Way to go, Grant, Jordan, Alex, Elliot, Matt, Josh, Ethan, Daniel, Vern, Ethan and Breezy.